Every year, outbreaks of diseases that affect livestock cause massive economic losses, and occasionally these diseases also threaten human health. The dynamics that influence the emergence and transmission of these diseases are complex, and studying them effectively requires collaboration between scientists from many disciplines. Dr Chang-Won Lee and his multidisciplinary research team partner with farmers, scientists, and governments around the world to develop ways to understand, predict, and prevent diseases in all species.

Among the greatest threats to global human health are animal borne diseases that gain the ability to infect humans, known as zoonotic diseases. Many of our worst modern diseases originated in other species and later jumped to humans, including the Ebola virus, HIV and Salmonella. In recent years, particularly strong variations of avian and swine flu have given doctors and scientists cause for concern.

Zoonotic diseases that develop in livestock are often the most likely to affect human health on a large scale, as farm raised animals come in direct contacts with farmers, food suppliers, and eventually consumers. Further, even if a disease does not gain the ability to infect humans, diseases that affect these animals can lead shortages in the food supply and drastically impact the quality of life of farm animals. Dr Chang-Won Lee has devoted his career to studying zoonotic and animal diseases, and is leading a team of scientists to tackle some of the biggest challenges in human and livestock health. 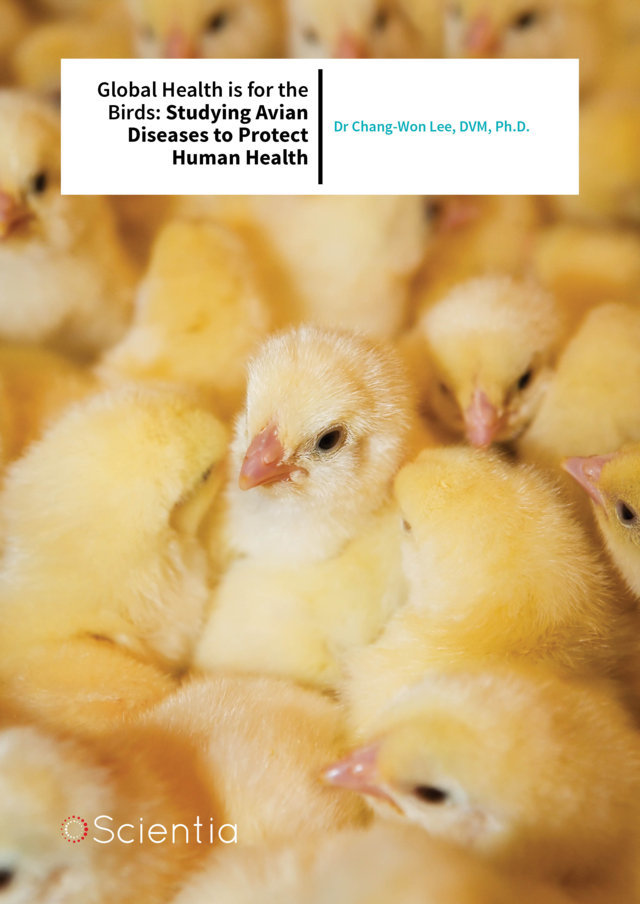 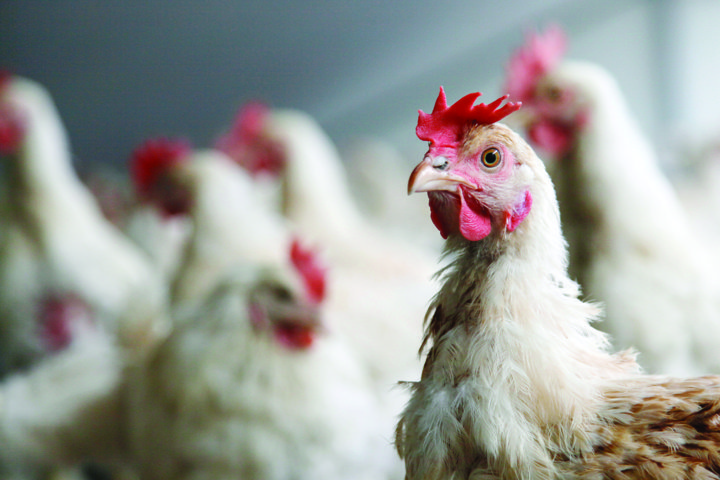 Dr Lee has been studying transmission of the flu within and between species, and developing universal flu vaccines and vaccine formulations that could work on multiple species.

One of the most critical components of managing a disease outbreak is early identification and intervention. Success in containing a would-be zoonotic outbreak depends on accurate detection of a disease, and well-coordinated communication between farmers and health agencies. While the United States has numerous programs in place to track and contain the emergence and spread of diseases that primarily impact humans, similar networks for livestock diseases are lacking. Outbreaks of zoonotic strains of Highly Pathogenic Avian Influenza (the bird flu virus) in 2015 and 2016 have spurred researchers and policy makers to address this gap. These outbreaks pose a risk not only to human health, but also to the economic security of local farmers, as these diseases can lead to massive suffering and loss of life among flocks of poultry. The management and prevention of an outbreak ensures food security and maintains healthy and humane conditions for avian livestock.

The Poultry Respiratory Disease Coordinated Agricultural Project (PRD-CAP) is a collaboration between eleven academic institutions in the U.S., aimed at developing research-backed approaches to the prevention and control of respiratory diseases in avian livestock. The project, funded by the United States Department of Agriculture (USDA), encompasses three major areas: understanding the ecology and transmission of poultry respiratory diseases, understanding the factors that contribute to an outbreak, and developing novel, broad spectrum vaccines for diseases that impact poultry. 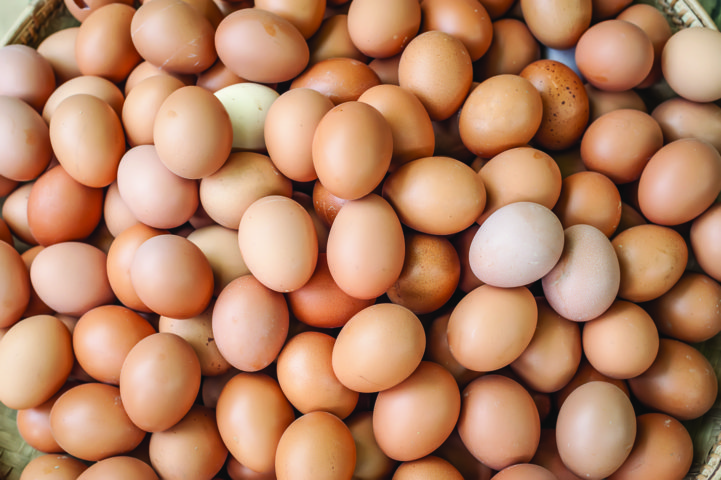 In addition to research in these areas, the PRD-CAP identifies and provides financial support to researchers with initiatives that benefit the project’s cause, such as a recently funded project developing an educational video series and research into the transmission dynamics unique to backyard chickens. Dr Lee is at the head of the primary PRD-CAP initiative, working to illuminate the biology of avian respiratory diseases and improve the ability of farmers, scientists and government agencies to identify and respond to an outbreak. His team is laying the groundwork for a nationwide system to both track the emergence of avian respiratory diseases, and educate farmers in disease identification and management to help prevent diseases from spreading through their flocks and to other farms.

Similar to most poultry producing states, the poultry industry in the state of Ohio comprises three separate segments: broilers (chickens raised for meat), layers (chickens raised to lay eggs), and turkeys. Connecting these segments of the poultry industry could prove essential during an outbreak, as communication between farmers who do not normally interact could prevent the spread of a disease across multiple farms and species. Dr Lee and other scientists including extension veterinarian at the Ohio State University (OSU) is partnering with the Ohio Poultry Association, Ohio Department of Agriculture, and the poultry industry to develop the Ohio Poultry Network and Disease Control Committee.

The goal of this committee is to increase connectedness and communication between the three segments of the Ohio poultry industry, provide a centralised data repository for state disease information, develop action plans for committee members to follow in an outbreak, and to provide educational materials and support to poultry farmers. During the last two outbreaks of Highly Pathogenic Avian Influenza, the OSU group produced educational materials including articles and a brochure, and provided in person educational sessions to inform local poultry farmers about the disease, and ways to manage their flocks to reduce harm caused by the virus. The brochure has now been distributed widely in Ohio, providing critical information to people at all levels of the poultry industry. 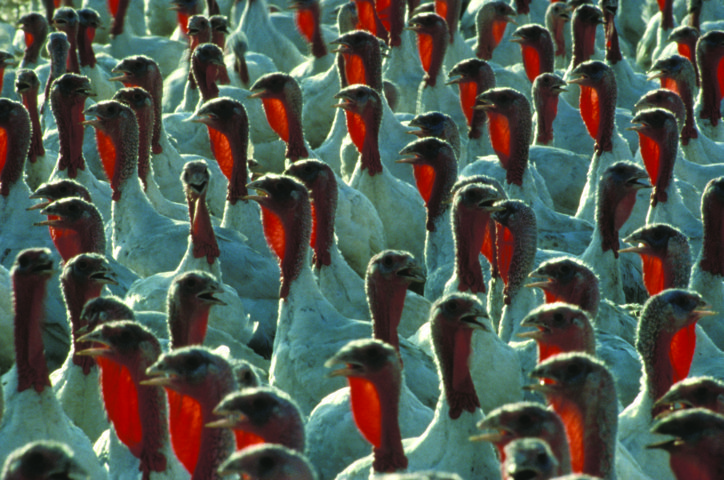 Thanks to collaborative efforts among industry, government and the university, the majority of Ohio poultry owners are now prepared to send samples to diagnostic laboratories at the first sign of symptoms. Future goals include extending outbreak education to support farmers on what to do in the event of a severe outbreak that requires more drastic intervention. The group hopes to develop and maintain a digital map of the poultry farms in Ohio, which can be layered with the data being collected about incidence of respiratory disease. The group is also working to implement and extend similar programs in other states that still lack a poultry disease tracking network, and now holds a presence in the majority of poultry producing states. The ultimate goal is a nationwide network that can quickly and effectively identify and contain potential poultry respiratory disease outbreaks before they spread to multiple farms and devastate local economies.

The Avian Microbiome and Disease Prevention

In recent years, interest in the trillions of microorganisms that naturally live in and on our bodies has skyrocketed. Known as the microbiome, the average human carries more bacterial cells than human in their body, and researchers are beginning to recognise the incredible role these tiny organisms play in maintaining our health and wellbeing. Over the past decade, microbiome research has exploded as improved technologies make it possible to identify bacterial species more easily and accurately. An important component of understanding disease ecology in poultry involves understanding the natural viral and bacterial flora present in healthy birds. A second arm of Dr Lee’s research in the USDA-funded PRD-CAP is illuminating the components of a healthy poultry microbiome between commercially raised broilers, layers and turkeys.

Dr Lee’s research group in Ohio is currently engaged in describing the microbiome of turkeys. In the initial phase of their study, they aimed to describe changes in the turkey microbiome from hatching to adulthood, and microbiome similarities between turkeys of the same age and parts of the body sampled. They used sinus washes and tracheal washes to collect bacterial samples from the respiratory tract, and faecal samples to collect bacterial DNA from the gut, along with blood serum from turkeys at six different ages between hatching and sixteen weeks. Using sophisticated DNA sequencing technologies, they were able to identify bacterial strains from these sample by their unique genetic markers. They found that communities changed dramatically early in life, with increasing bacterial diversity apparent from hatching to five weeks. However, by eight weeks of age, these bacterial communities had stabilised and remained consistent through the final sampling at sixteen weeks of age. Bacterial communities in the gut and sinuses showed the most stable compositions, while tracheal communities tended to vary more. 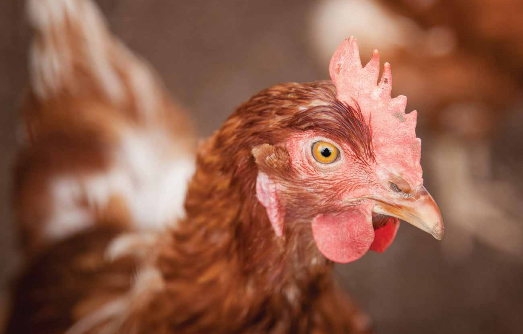 Dr Lee’s group is currently in the process of analysing blood serum to identify if any of the tested turkeys had been exposed to any pathogens that may have influenced their microbiome. This data provides a baseline for the commercial turkey microbiome and will be used in future work to understand how the microbiome changes in response to an infection. The team also hope to identify virus strains that may be present in the microbiome, which are often more difficult to collect than bacterial samples, due to their delicate nature.

The Fight Against the Flu

Worldwide, influenza (flu) is one of the most actively evolving virus families, with new variations affecting millions of people and animals every year. The ability of the flu virus to frequently jump between hosts – ranging from most mammals, to birds, to humans – contributes to its ability to evolve new variants and spread quickly, and increases the possibility of evolving deadly traits each season. This unique trait is why flu vaccines often need to be administered every year to stay effective, as each year actually brings new strains of the flu virus. A universal vaccination that protects against many variants of the flu and protects a wide variety of species could reduce the need for yearly vaccines, and prove transformative in worldwide efforts to prevent a flu pandemic.

Dr Lee has been studying transmission of the flu within and between species, has used different animal models to understand the pathogenesis and efficacy of different vaccine formulations, and has identified key shared molecular and immune factors that could make a universal vaccine possible. This data not only helps shape vaccines, but also informs outbreak management strategies to prevent spread across species. Dr Lee and his research team are developing new flu vaccines and vaccine formulations that could work on multiple species, and have identified the best models for testing how effective a given vaccine will be in humans. 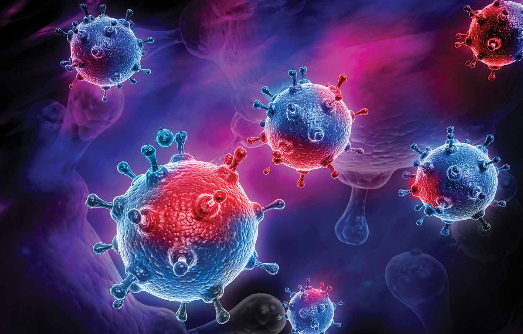 In addition to his efforts to prevent future outbreaks of deadly flu strains, Dr Lee is working with researchers in Egypt to quell the effects of Highly Pathogenic Avian Influenza, which has devastated the country with ongoing outbreaks. His team is carefully monitoring mutations in the Highly Pathogenic Avian Influenza virus (called the H5N1 virus) that could make it resistant to vaccines, while simultaneously using the information they collect from the virus to develop a more effective vaccine. They are currently developing a vaccine that could be used in Egyptian poultry to prevent further avian spread of the deadly disease.

Working Together for a Healthier World

Effective management and containment of livestock disease outbreaks requires comprehensive research across multiple facets of disease ecology and pathogen biology, along with participation and collaboration between people at every level of livestock management. Dr Lee’s research team approaches problems of animal health from numerous angles, from educating farmers in how to keep their flocks healthy to developing novel vaccines using cutting edge of molecular technology. The work of Dr Lee and his team brings new light to old questions about animal health, and their innovations protect the health of innumerable humans and animals worldwide. 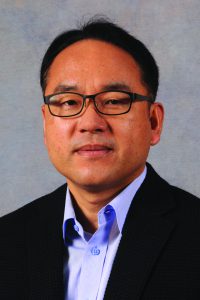 Dr Chang-Won Lee began his career by earning his DVM in 1996 from Seoul National University, College of Veterinary Medicine, Korea. His interest in avian flu led him to continue at SNU to earn a Master’s degree in Microbiology in 1998. He completed his education in 2001 with a Ph.D. in Microbiology from the University of Georgia College of Veterinary Medicine, focusing his dissertation on avian infectious bronchitis. After completing a post-doctoral position at an USDA poultry research laboratory in Georgia, Dr Lee joined the faculty at the Ohio State University in 2005 where he still runs his laboratory today. Dr Lee’s distinguished career has led to over 90 high impact publications in topics ranging from disease ecology to vaccine development. He is active in both research and extension related to avian diseases and health and is the director of the multi-state research project, Control of Emerging and Re-Emerging Poultry Respiratory Diseases in the United States.