Insect pests cause devastating economic losses in agriculture, and as vectors of disease they have significant impact on the health of humans, livestock and pets. Plant essential oils have been used for centuries as protection against insect pests, but scientists have only recently begun to explore the extent of their potential for pest control. Dr Joel R. Coats and his team at Iowa State University’s Department of Entomology have been investigating essential oils as greener alternatives to conventional pesticides, and as a vital tool for overcoming pesticide resistance in insect populations.

The Need for New Pesticides

Whether you love them or hate them, insects are an indispensable part of life on our planet. These ubiquitous creatures form the most abundant, diverse and successful group of animals on Earth, with some estimates suggesting that for every human, there may be over a billion individual insects.

The majority of insect species have very little impact on humans, and many are even vital for our continued existence, providing valuable services such as pollinating our food crops, recycling nutrients and acting as a food source for larger animals. However, a small minority of insect species have the capacity to have utterly devastating impacts on individuals and communities, including causing widespread damage to our crops or spreading deadly diseases.

Conventional synthetic pesticides and insect repellents have played an important role in defending crops, humans, livestock, pets and property from invading pests, but these chemicals are not without their own suite of problems. Pesticide resistance is increasing in prevalence and threatens to render some of the most widely available chemicals ineffective. Many of these pesticides also have harmful effects on natural ecosystems and non-target species, and persist in the environment far from their target location. These serious problems mean that alternative methods of controlling pests need to be safer for humans, pets, livestock, non-target insect species and the surrounding environment. 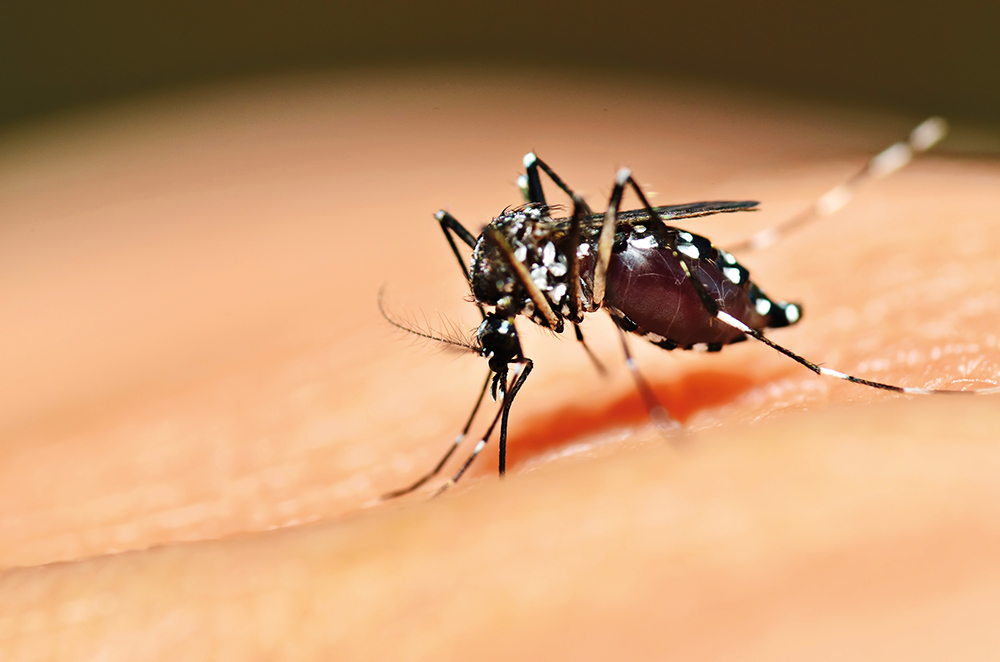 Many of the plant aromas that humans find so irresistible are actually produced by the plant as a natural defence against insect pests. Thus, these natural substances offer an innovative avenue for the development of new pesticides and insect repellents. People have used concentrated fragrant plant compounds for centuries, in the form of essential oils, to help deter unwelcome insects, but until recently, many of these natural alternatives have remained largely unexplored by scientists.

Dr Joel Coats and his team in the Department of Entomology at Iowa State University have been investigating plant essential oils and their potential as effective alternative pesticides and insect repellents. Through their exciting new research, they have demonstrated that many of these plant essential oils may also act in synergy with synthetic pesticides, increasing their effectiveness on target insect species, and thus may help to counteract some instances of pesticide resistance.

The development of synthetic pesticides, such as pyrethroids (used in crop fields and found in many household pesticides) and DEET (used to repel biting insects), has allowed agriculture to keep up with the food requirements of a growing population and helped protect humans from diseases spread by blood-feeding insects.

However, these pesticides are not without undesirable effects. Pyrethroid resistance has been discovered multiple times in pest populations and poses a significant risk to the continued efficacy of this group of chemicals. DEET has an unpleasant smell and is known to corrode plastics found in sensitive equipment and some synthetic fabrics. Both DEET and pyrethroid compounds can also be harmful to human health.

The disadvantages of these chemicals and other conventional pesticides have encouraged a move towards ‘Green Chemistry’ – the design, manufacture and use of alternatives to the chemicals currently available. ‘Green chemistry indicates that a chemical is natural, but it also implies that it is safe for humans and pets, non-toxic in the environment, and rapidly and fully biodegradable,’ explains Dr Coats.

Plant essential oils are ideal candidates for investigation in Green Chemistry. These substances are generally produced by plants to deter hungry pests, and are far less harmful to humans, animals and the environment. Many of these essential oils are already widely used, in fragrances, foods and beverages, aromatherapy, and in pharmaceutical medications.

Essential oils such as citronella, rosemary, cinnamon, mint and clove oils have been used as repellents against mosquitoes and other biting insects for centuries. Spatial repellents, which curb the approach of mosquitoes, and contact repellents, which deter landing and biting when used on the skin, are both important methods for preventing mosquito bites and thus the spread of mosquito-borne diseases.

However, it is only relatively recently that scientists have discovered that the effects of these natural chemicals on insects is not purely repellent. Many of these fragrant compounds disrupt the nervous system and the physiological processes of insects, causing toxic effects in the correct concentration. Dr Coats and his team suggest that a greater understanding of the mechanisms behind the toxic action of these natural chemicals on insects will aid the development of novel alternatives to conventional pesticides and repellents. 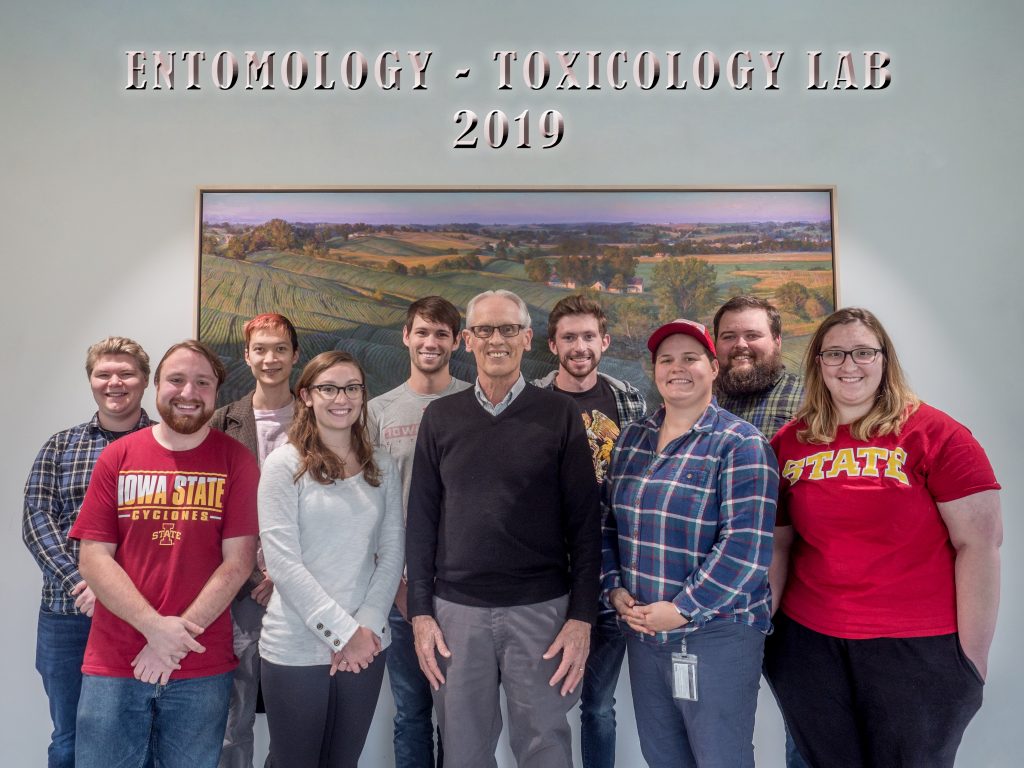 Mosquitoes remain one of the greatest threats to human and veterinary health, transmitting a range of debilitating pathogens which cause the death of around 700000 people each year. Resistance or insensitivity to both contact and spatial pyrethroid-based repellents have been recorded in mosquitoes, posing a significant risk to the continued effectiveness of these currently used chemicals.

Dr Coats and his team have been investigating the repellency of plant essential oils with the aim of identifying suitable alternatives. ‘From these explorations, a wide range in efﬁcacy has been identiﬁed among various plant compounds as spatial and contact repellents,’ says Dr Coats.

Thus far, some of his team’s most promising results have come from a group of fragrant plant compounds called terpenes. These plant terpenes, which include the fragrant components of citronella oil and thyme oil, are very effective for a short period after application, but their effectiveness declines drastically after a few hours, as the fragrances dissipate into the surroundings.

By slightly altering the natural plant terpenes, such as using advanced techniques to decrease the speed at which they dissipate, Dr Coats was able to improve the long-term repellency of these substances. ‘After studying natural repellents for 20 years, we have designed, synthesised, and evaluated synthetic analogues of the best terpene repellents, termed biorational repellents,’ he says. ‘They represent a third major class of repellents for development against disease-carrying pests such as mosquitoes and ticks.’

‘After studying natural repellents for 20 years, we have designed, synthesised, and evaluated synthetic analogues of the best terpene repellents, termed biorational repellents. They represent a third major class of repellents for development against disease-carrying pests such as mosquitoes and ticks.’ 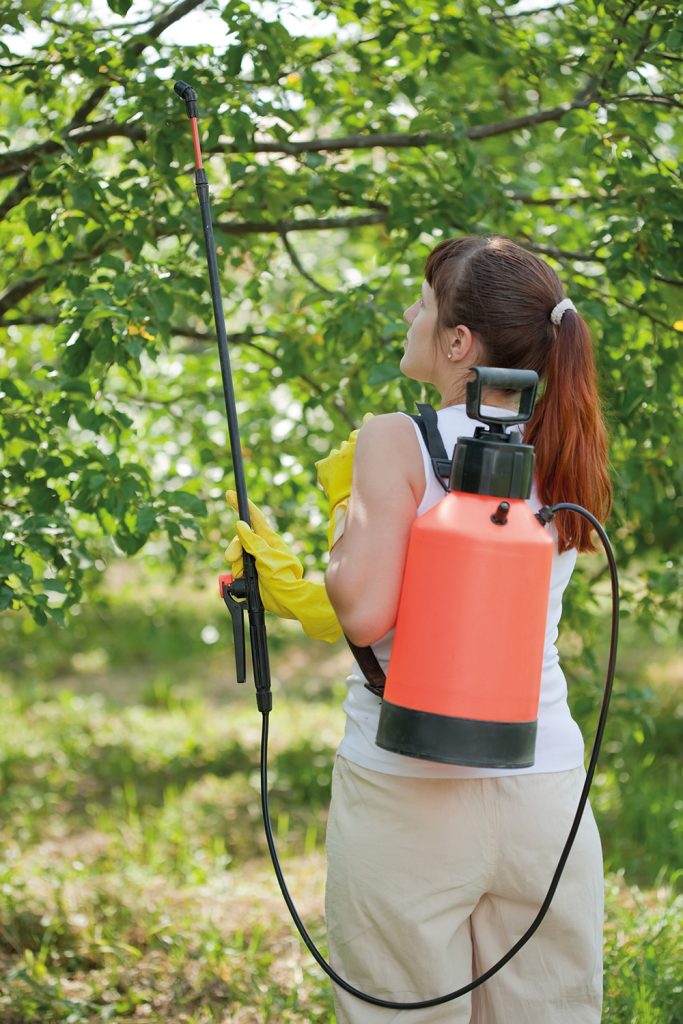 In some of their most recent work, Dr Coats and his colleagues have demonstrated the potential for plant essential oils to act in synergy with pyrethroid-based pesticides to increase their effectiveness against mosquitoes. Among the tested essential oils were patchouli, clove, Texan and Moroccan cedarwood, basil, oregano, geranium and cinnamon. When mixed with various types of pyrethroid-based pesticides, many of these essential oils increased the mortality rate of the dengue and Zika virus-transmitting Aedes aegypti mosquito.

Additional investigation is required to confirm the actions of terpenes within insect physiological processes and to identify additional essential oils to use as pyrethroid synergists. ‘Although these results provide promising leads for the use of plant essential oils to synergise pyrethroids in formulation, further work must be completed to fully implicate plant essential oils as inhibitors of various detoxification processes, or their capacity for up-regulating or down-regulating insect genes,’ says Dr Coats. 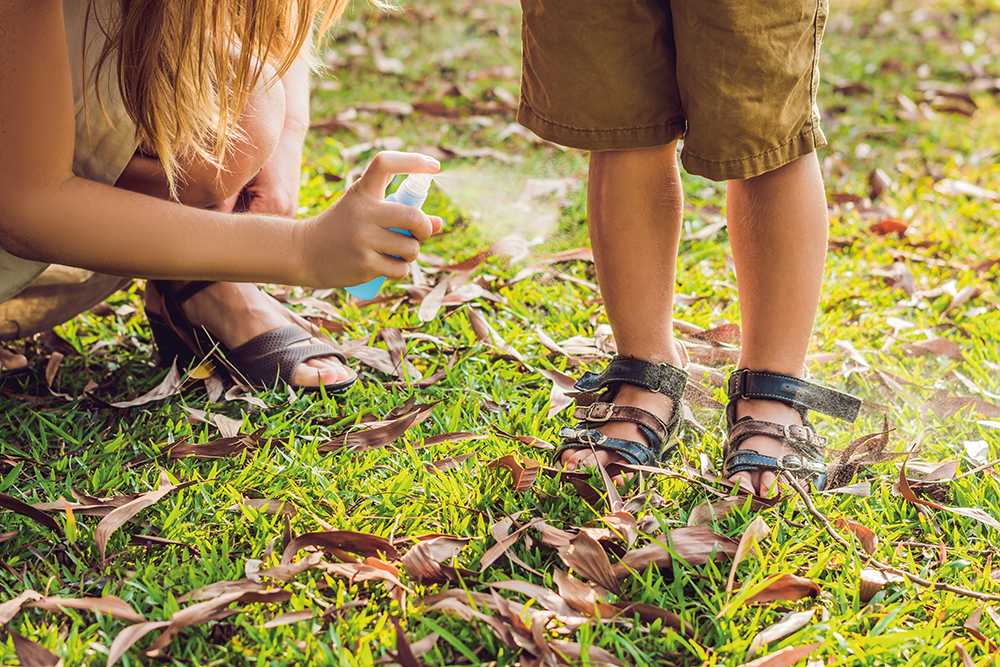 Novel pesticide formulations are prohibitively difficult to develop and get approved. Therefore, increasing the effectiveness of pre-existing pesticides through natural additives may provide a valuable alternative approach. ‘Plant essential oils could be included in spatial sprays and in indoor residual spraying campaigns, but further work is required to better understand how these chemistries should be formulated into future control products and technologies, and how these formulations act in other mosquito strains,’ explains Dr Coats.

Dr Coats and his team are continuing their investigations of novel pesticides and insect repellents, indicating that even better solutions are on the horizon. ‘We are now studying a new type of natural molecule from a plant oil that is more potent than the terpenes, and we have synthesised a series of analogues of it,’ he concludes. ‘We believe it has a novel mechanism of action against insects.’ 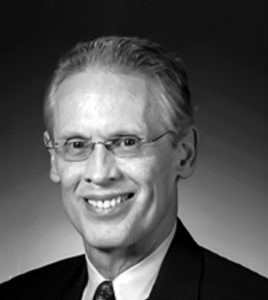 Dr Joel Coats earned his PhD in Entomology with a minor in Chemistry from the University of Illinois in 1974. He has since spent his esteemed career investigating the action and potential use of natural products as insect repellents and insecticides, and the persistence of agrochemicals in the natural environment. He currently holds the position of Distinguished Professor of Entomology at Iowa State University, where he teaches and supervises undergraduate and postgraduate students alongside his research activities. Dr Coats has published over 200 articles in prestigious scientific journals, published numerous books and book chapters, holds multiple patents, and has been awarded many fellowships and other honours for his excellent contributions to science.

Deployed Warfighter Protection Program (DWFP) of the US Department of Defense

Centers for Disease Control and Prevention 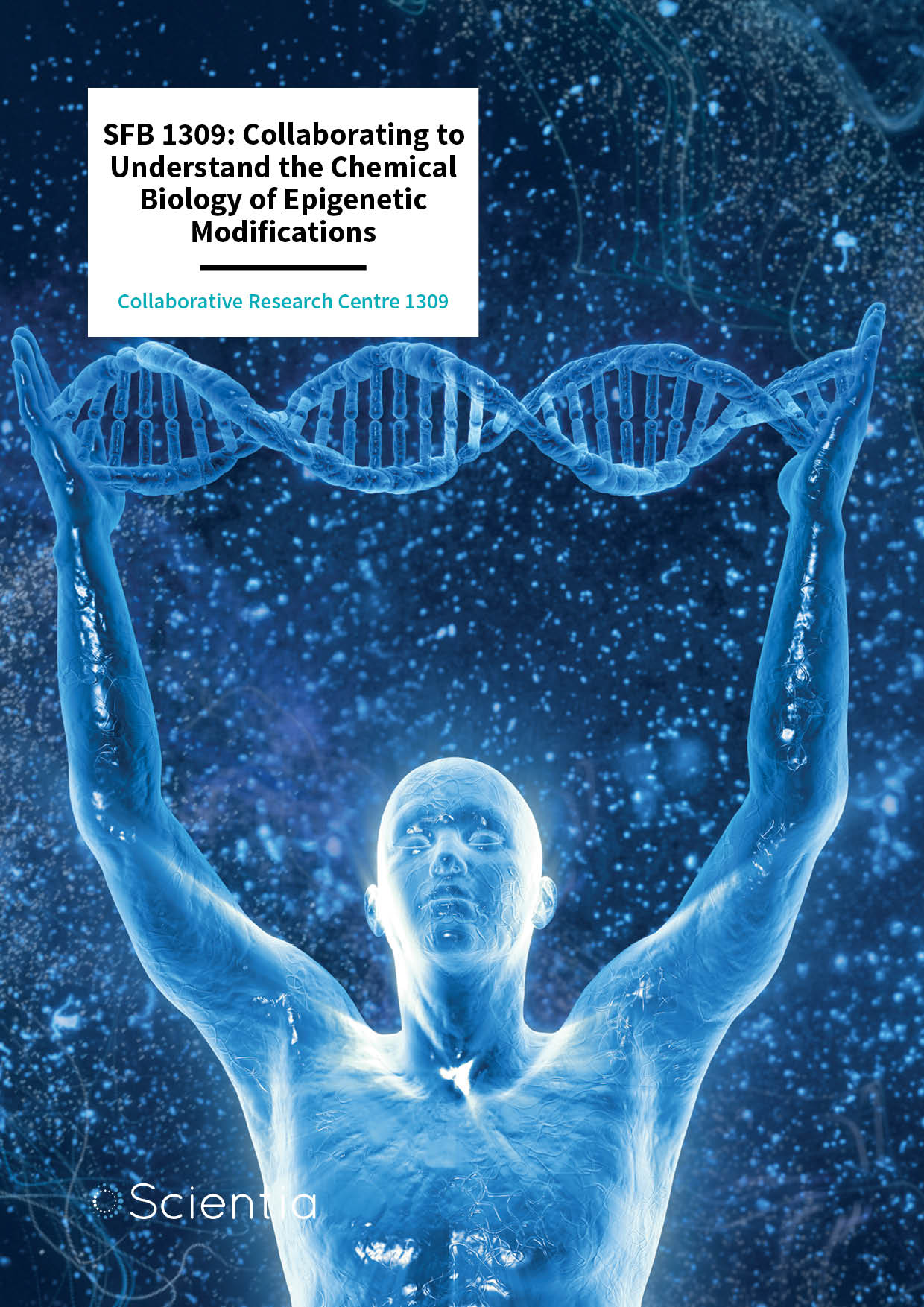 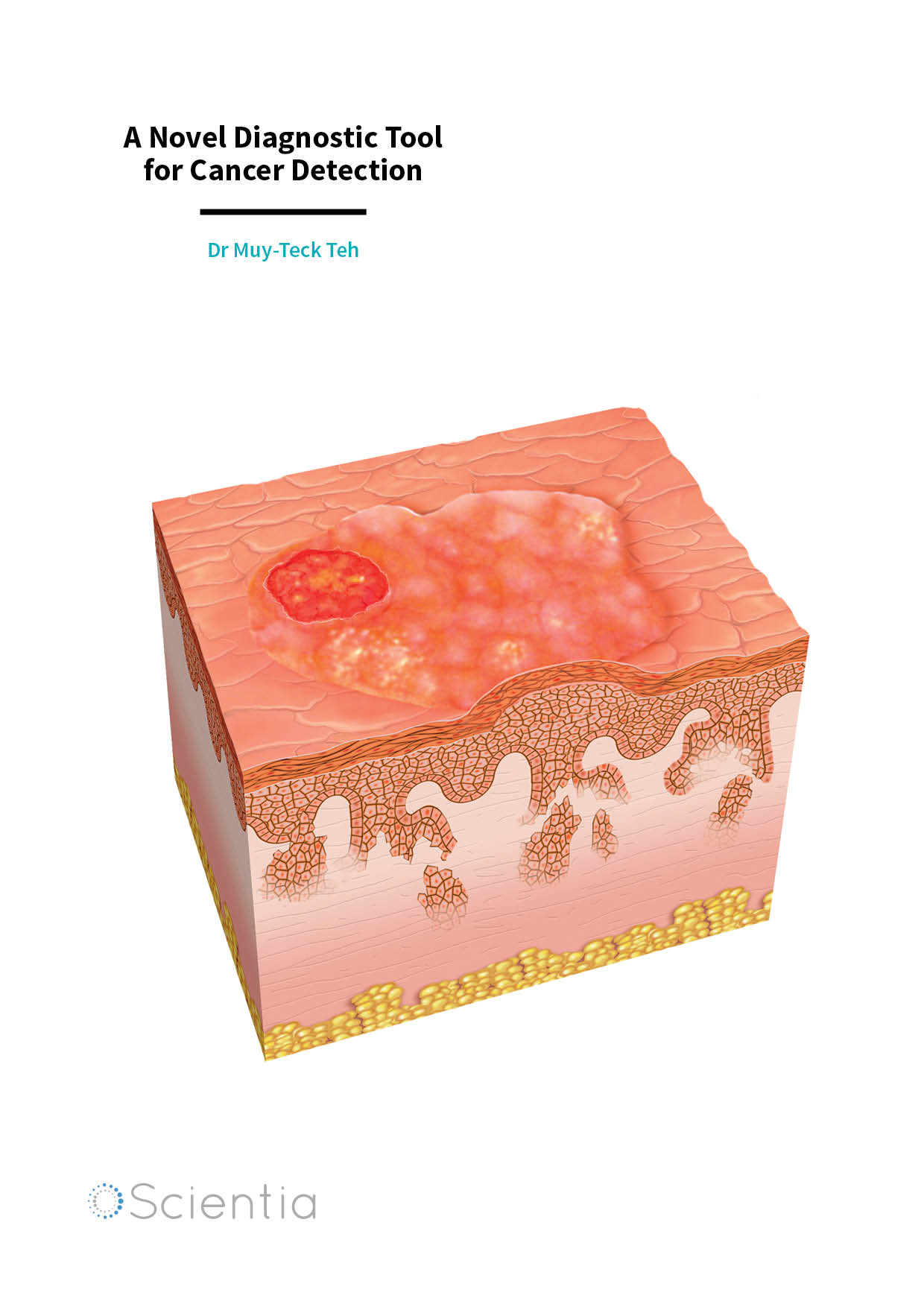 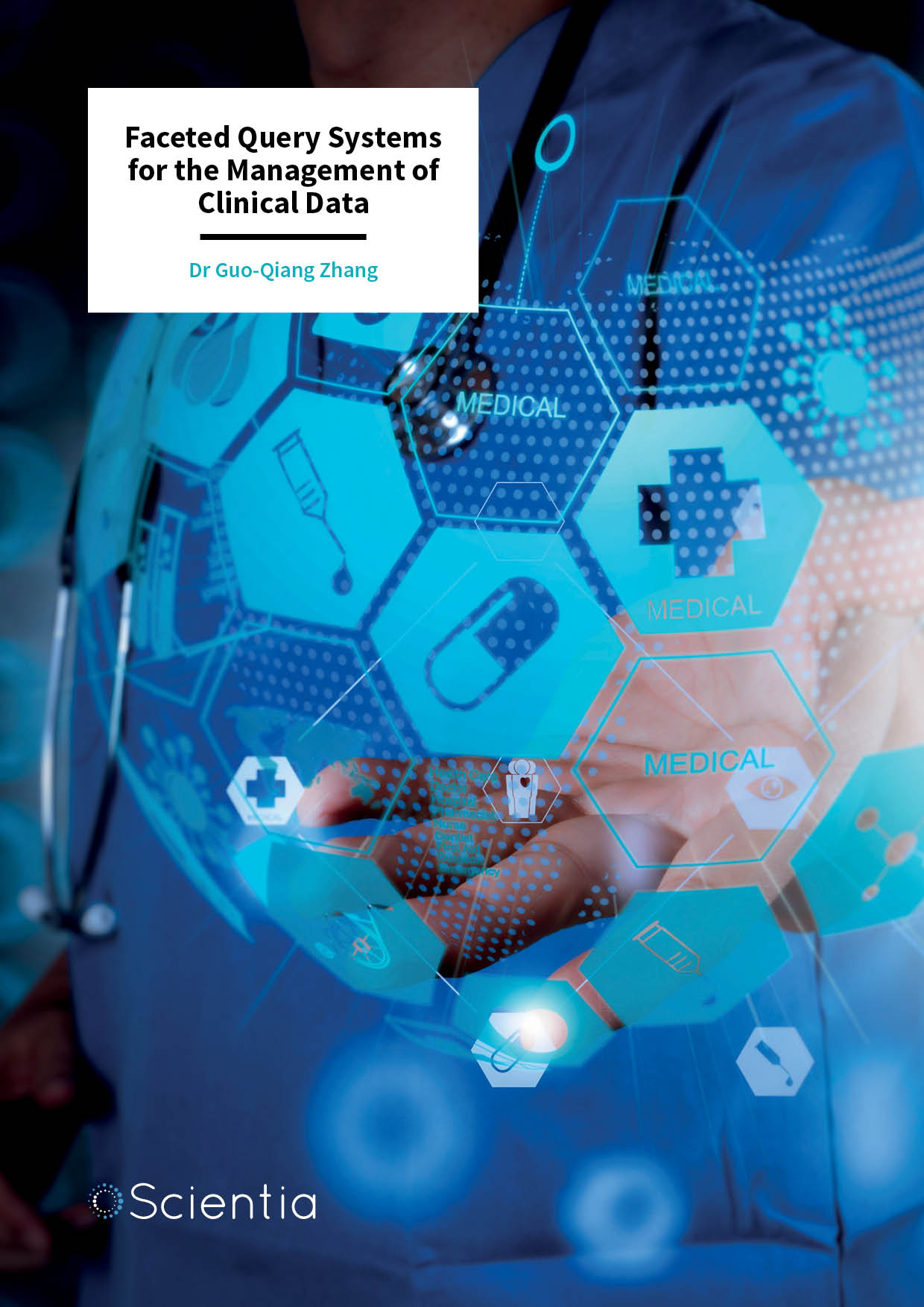 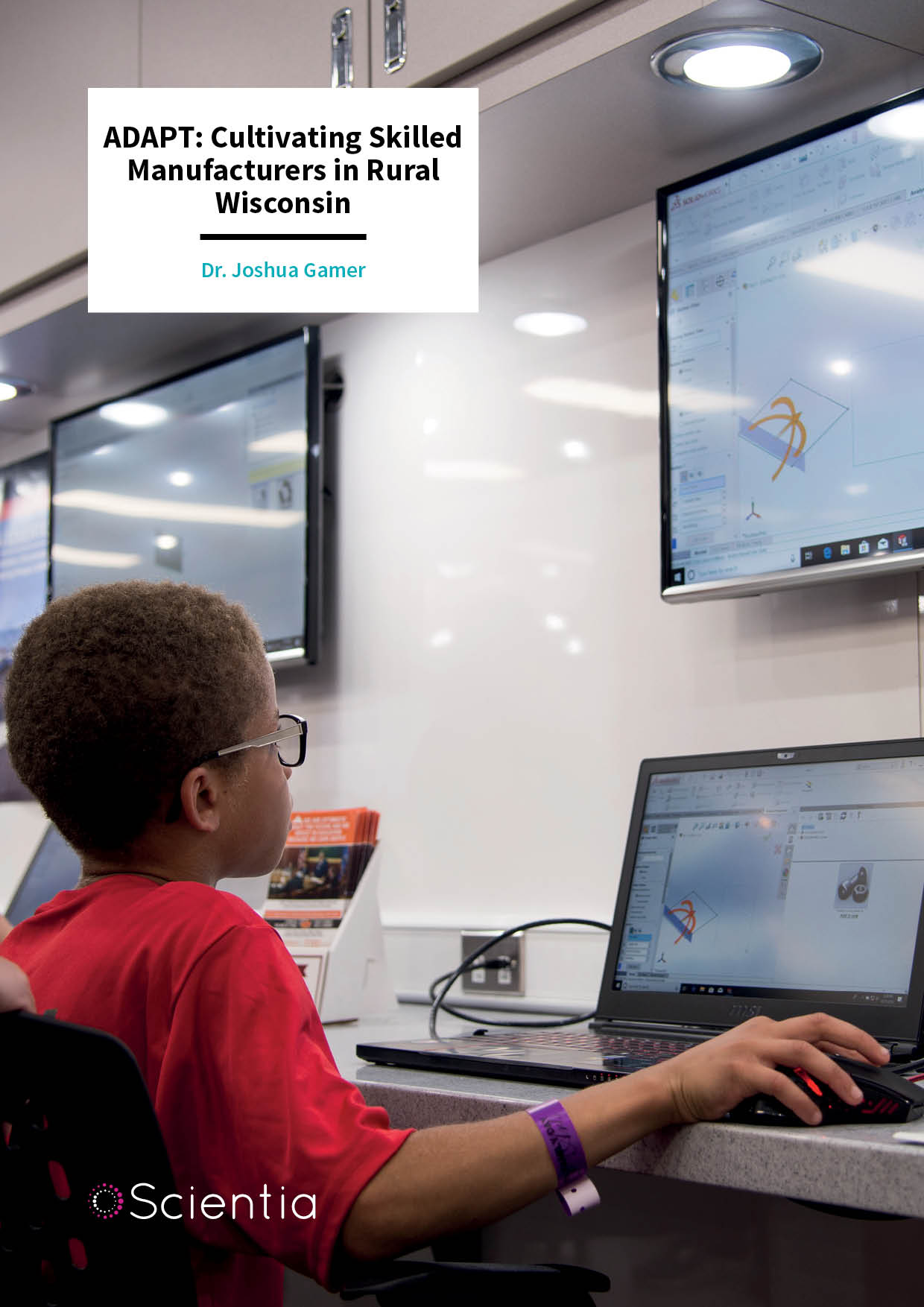