Life on Earth arose over three billion years ago, in an environment lacking significant quantities of molecular oxygen. As a consequence, the earliest living cells had to rely on distinctive chemical processes that persist today only in extreme conditions where oxygen is still absent. Dr John Perona and his research team at Portland State University in Oregon are studying the genes, enzymes and metabolic pathways for sulphur assimilation in an important class of single-cell anaerobic microbes – or anaerobes – that first evolved on the early Earth. These anaerobes are known as methanogens. They are of particular relevance today because they possess a unique sulphur-dependent metabolism that produces the greenhouse gas methane, a key driver of global warming. Thus, improving our understanding of methanogens could have practical implications for addressing climate change. An enhanced understanding of ancient life might also yield insight into how life could develop on other worlds with alien environments that resemble the early Earth. Finally, Dr Perona and his team expect that a plethora of unique biochemical mechanisms associated with anaerobic sulphur processes await discovery.

Early anaerobic life prior to 2.4 billion years ago was capable of carrying out a variety of unique biochemical processes that are suited to an environment lacking oxygen. These biochemical traits are still present in present-day methanogens, a class of microbes that can assimilate sulphur in the form of sulphide. Furthermore, these organisms generate the greenhouse gas methane as a by-product of their energy metabolism, which is consequently known as methanogenesis. Methanogens are probably best known as the hyperthermophilic (heatloving) organisms, such as Methanococcus jannaschii, that inhabit deep-sea hydrothermal vents – hot springs on the ocean floor where life is believed to have originated. These single-celled organisms are classed as ‘extremophiles’ since they colonise environments that are considered extreme to human beings. Methanogens originated approximately three billion years ago, when Earth’s atmosphere was bereft of oxygen, but they persist today in certain places that still lack oxygen, such as at the bottom of the Pacific Ocean, and in the digestive tracts of humans and other animals. 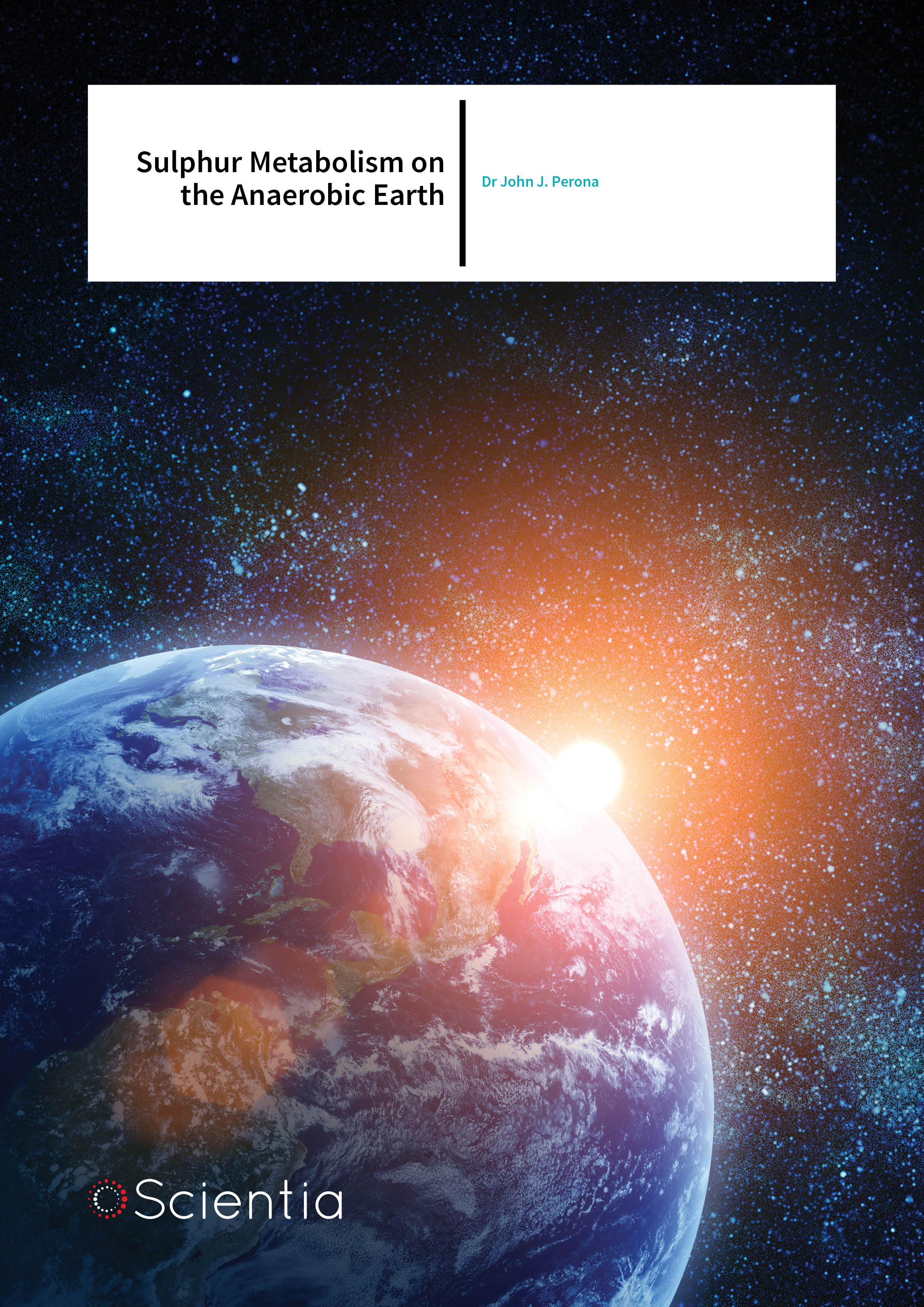 ‘Understanding how early life on Earth was able to arise and adapt may help us recognise the signatures of life elsewhere in the solar system and beyond.’ 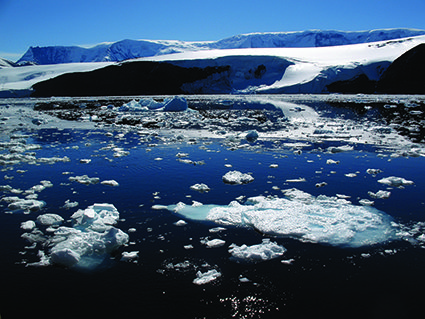 Dr Perona and his colleagues study the metabolic processes in methanogens involving the uptake of sulphur, which exists in the form of sulphide when there is little oxygen in the environment. His work involves discovering new genes and proteins in methanogens that are involved in the unique pathways by which sulphide is assimilated from the environment and then distributed around the cell into proteins, certain RNA molecules, and other metabolites. As he enthusiastically explains, ‘the work is very exciting because, from a chemical and biochemical point of view, the early Earth environment is quiet alien to us and may resemble the environment present on some extra-terrestrial planets and satellites. Understanding how early life on Earth was able to arise and adapt may help us recognise the signatures of life elsewhere in the solar system and beyond.’ The value of his work has not gone unnoticed, and in 2014, Dr Perona was the recipient of a prestigious research grant from NASA to explore the functions of new proteins in sulphur metabolism.

Dr Perona was initially drawn to this particular field of research due to his passion for the environment. ‘I’ve had a very general, personal interest in environmental science and environmental protection for a long time, so I was eager to find ways to use my scientific training to make a contribution to solving problems in this area,’ he explains. Given that there is increasing evidence that methane contributes significantly to global warming, Dr Perona’s work is focusing on teasing out novel aspects of methanogen metabolism. ‘These organisms emit all of the biologically derived methane on Earth,’ he adds.

In order to identify the sulphur assimilation and trafficking pathways in methanogens, Dr Perona and his colleague Dr Benjamin Rauch first performed an exhaustive comparative analysis of the genes present in over 100 single-celled microbes from the domain of life known as the Archaea. Three conserved protein families were discovered that were present in methanogens and closely related organisms, but were always absent from Archaea that thrive in oxygen-rich environments. Intriguingly, the proteins all contained sequence features suggesting involvement in sulphur metabolism, although none had previously been studied or associated with particular molecular processes. Convinced that they were on the right track, the team then used genetic engineering approaches to selectively delete the newly discovered genes from the chromosome of Methanosarcina acetivorans, their experimental organism of choice. By comparing the growth characteristics of the natural organism with its engineered counterparts (‘knockout strains’), the researchers were able to demonstrate that two of the new proteins (MA1821 and MA1822) were essential for the biosynthesis of the key amino acid homocysteine (Hcy).

Hcy is very important to the sulphur metabolism of both aerobes and anaerobes, because it is the building block for downstream production of methionine (Met) and S-adenosylmethionine (SAM). Both of these molecules are vital to cellular function. Methionine is an amino acid that is present in all cellular proteins and is consequently essential to all organisms. SAM is a key cofactor molecule that binds to many cellular enzymes to help catalyse reactions that are essential to metabolism. The team’s findings are of great importance, since they filled in a key missing link that was essential to understanding the metabolism of the methanogens. By genome comparisons, it was also found that the key MA1821 gene is present in wide variety of other microbes, all of which also thrive in the absence of oxygen. The work also highlights a distinct contrast with pathways in aerobic bacteria and eukaryotes. 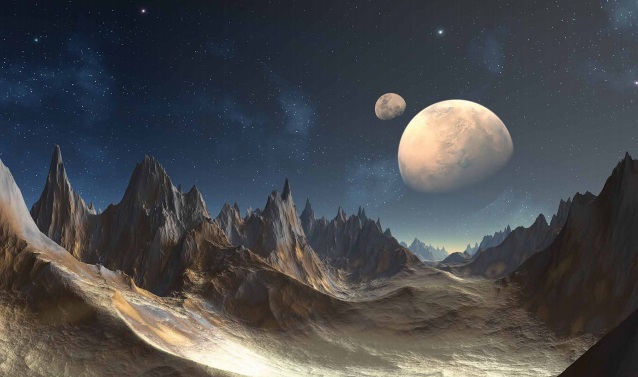 A Novel Route for Hcy Biosynthesis

Dr Perona and his team had made an important breakthrough in assigning a function to two new genes essential to Hcy biosynthesis in M. acetivorans. However, they had yet to identify the substrates and mechanisms involved in the biosynthetic pathway. To that end, they teamed up with the laboratory of Dr Bob White at Virginia Polytechnic University to explore the detailed mechanism of how Hcy is biosynthesised in methanogens. This work used cell extracts from the methanogens M. jannaschii and  M. acetivorans, and probed the nature of the pathway using stable isotopically labelled precursor compounds. The team found that Hcy could be biosynthesised directly from the metabolite aspartate semialdehyde (Asa) – a common intermediate in lysine, threonine, and methionine biosynthesis. Using the previously generated knockout strains, they demonstrated that the MA1821 and MA1822 proteins are essential to catalysing the reaction. These experiments provided the basis for proposing a new enzyme mechanism that, when tested, should expand understanding of sulphur biochemistry generally. These studies carried out by Dr Perona and his colleagues eloquently detailed a novel route for the biosynthesis of homocysteine, while exemplifying unique aspects of sulphur chemistry occurring in primordial life.

Dr Perona and his colleague Dr Benjamin Rauch then addressed the role of the third gene that they discovered by comparing the genomes of methanogens and other Archaea. In M. acetivorans this gene encodes the previously unstudied protein MA1715. By comparing the sequence of MA1715 with that of its counterparts – homologues – in other methanogens, they found that the gene accumulated mutations and evolved in the early Earth over timeframes similar to the evolution of the MA1821 protein and indeed to all of the key proteins in the central energy-producing methanogenesis pathway. This was powerful evidence that the newly discovered genes coevolved with methanogenesis and so were likely providing the required sulphurcontaining metabolites to that pathway. The newly characterised genes thus formed an essential component of the core metabolic machinery of the ancestral organisms that were among the very earliest life to appear on Earth.

Using the same genetic approaches to delete the gene encoding MA1715, the researchers established that the protein is required for efficient growth when sulphide is used as the sole sulphur source. MA1715 functions like a sulphide biosensor – it allows the cell to take up the compound even when its concentration in the environment is very low. This is clearly a very important characteristic that can enhance the ability of methanogens to survive under adverse conditions. However, the team’s further experiments showed that MA1715 might be limited to helping the methanogen cell biosynthesise the sulphur-containing amino acids cysteine, homocysteine and methionine. MA1715 was found not essential for maintaining cellular levels of other important sulphur-containing molecules such as iron-sulphur clusters or certain RNA molecules important to protein synthesis. Therefore, the way in which sulphur is distributed to these and other compounds in the cell remains unknown. Also still to be discovered is the exact biochemical mechanism by which COG2122 enhances sulphide assimilation and helps the sulphur become incorporated into amino acids. Nonetheless, the findings reported by Dr Perona and his colleagues provide the essential framework for going on to solve these important problems.

The fascinating research activities of Dr Perona and his team have revealed some of the intricate and complex mechanisms by which methanogens can metabolise sulphur in oxygen-depleted environments. ‘We and others have discovered and are now carefully studying about six new proteins that are unique to the way methanogens assimilate sulphur and distribute it around the cell,’ he tells us. ‘What we plan next are experiments that address the general question of how life forms transitioned from environments that had no oxygen (like the early Earth) to those that have abundant oxygen (like the Earth today).’

When asked about the future of his team’s research, Dr Perona tells us that they ‘plan to introduce the new methanogen genes into the common bacterium Escherichia coli, which is present in the human gut and is well-suited to serve as a host because it is able to grow both with and without oxygen.’ By introducing these methanogen sulphur acquisition genes in various combinations in E. coli, the researchers hope to trace a pathway by which certain sulphur metabolic pathways could have provided evolutionary stepping stones for the transition that occurred when oxygen produced by photosynthesis began to build up in Earth’s atmosphere and oceans.

The recent discovery of methanogen sulphur-trafficking proteins genes by Dr Perona and his team open the possibility of discovering novel biochemical mechanisms used by these proteins, a prospect of some significance to our understanding of metabolism generally. Dr Perona’s pioneering research provides us with a biochemical appreciation of primordial life on the early Earth and how it has evolved over time, which may ultimately allow us to understand microbial life that could be present on other planets and their moons. 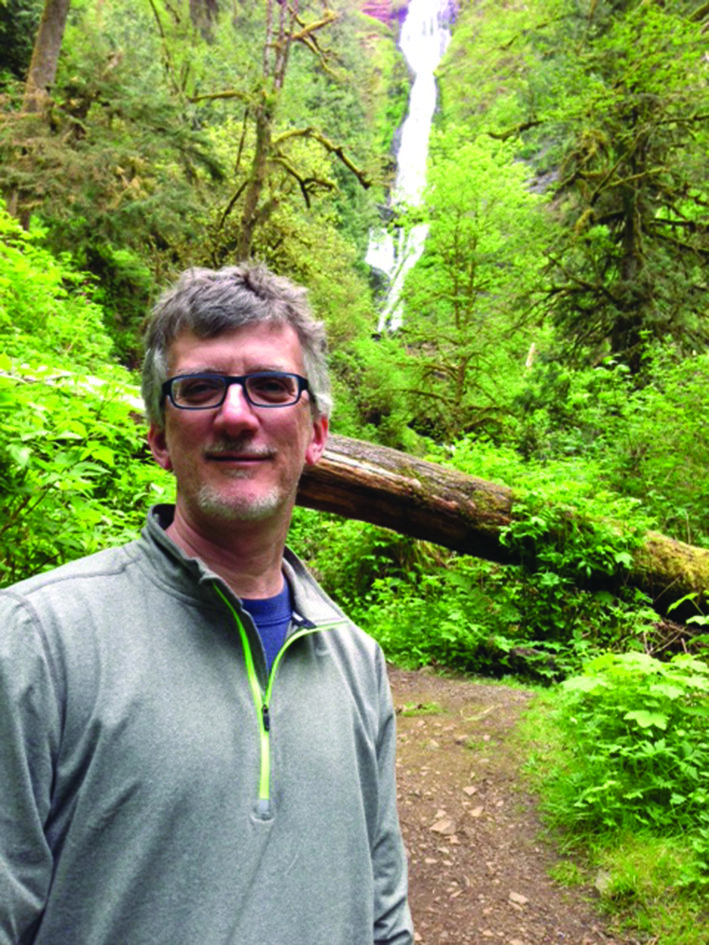 Dr John Perona completed his PhD in Molecular Biophysics and Biochemistry at Yale University in 1989, where he was trained in protein X-ray crystallography. From 1990–1994, he was a postdoctoral fellow at the University of California, San Francisco, where he employed protein engineering approaches to design and characterize proteases with novel activities. From 1994–2011, Dr Perona served on the faculty of the University of California, Santa Barbara, where he and his coworkers performed detailed structure-function investigations on a variety of nucleic acid enzymes, especially restriction endonucleases and aminoacyl-tRNA synthetases. Dr Perona currently serves as a Professor of Environmental Biochemistry at Portland State University and Adjunct Professor of Biochemistry & Molecular Biology at Oregon Health & Sciences University (OHSU). His research focuses on two areas of biochemistry. First, he and his group are combining genetics and biochemical approaches to investigate how sulphur is assimilated into single-celled microorganisms that inhabit environments without oxygen (anaerobes). The second area of research is devoted to the expansion and modification of the genetic code of bacteria through the use of synthetic biology techniques.

BJ Rauch and JJ Perona, Efficient sulfide assimilation in Methanosarcina acetivorans is mediated by the MA1715 protein, Journal of Bacteriology, 2016, 198, 1974–1983.