The antimicrobial mechanism of this important protein complex is thought to rely on the binding property for copper, manganese, and zinc. These essential transition metals are required for the growth of many bacteria and fungi, and when bound to calprotectin appear to inhibit both intra- and extracellular growth of the microorganisms. Calprotectin binds some metals more easily than others making the antimicrobial activity dependent on an organism’s need for one rather than another. This means that the protein may also favour binding to the metal that is most prevalent in the environment at any given time.

In addition to this antimicrobial function, calprotectin contributes to the barrier functionality of the mucosal epithelial membranes that line the body cavities, such as the mouth, and separates the internal organs of the human body from the outside to help resist bacterial invasion.

Also contributing to fighting invasive microorganisms, the individual units of calprotectin and other related proteins, known generally as calgranulins, are also linked to modulation of the immune and inflammatory cell response. Some evidence argues that calprotectin is an ‘alarmin’ that signals the body to elicit robust inflammation in response to an infection.

Interestingly, calprotectin has anti-inflammatory features too. The anti-inflammatory mechanism is thought to occur by scavenging and neutralising nitric oxide and reactive oxygen species, which are powerful oxidants produced by the host’s own inflammatory response to infection.

In this way, calgranulins are capable of limiting self-induced damage to host tissues while reacting to an infection that breaches the mucosal surface. Given the many calprotectin producing and containing cell types, such as neutrophils, macrophages, and epithelial cells, researchers propose that calprotectin may operate in a cell-type-specific manner. 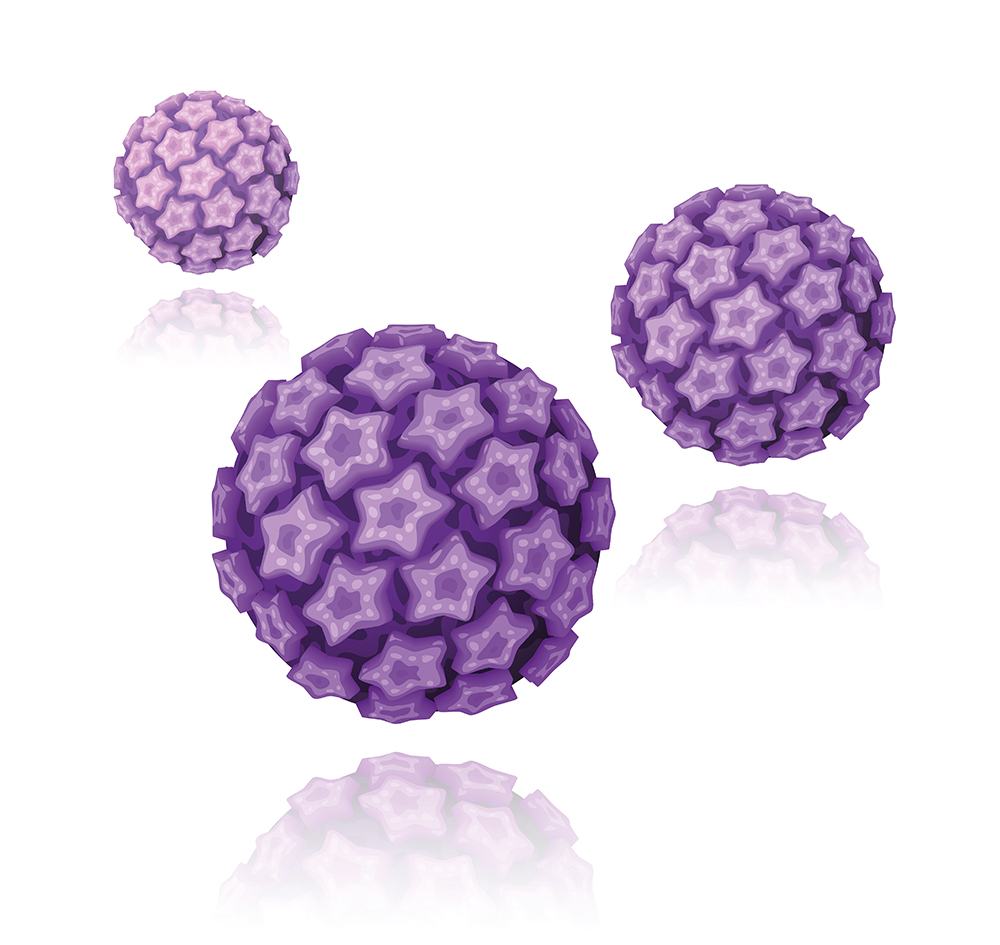 The mucosal membranes provide both a physical barrier and the molecular mechanisms to help evade bacterial assault. Dr Mark Herzberg at the University of Minnesota and his colleagues have addressed the question of whether the existing innate, non-specific immune response can be enhanced.

Researchers have demonstrated that calprotectin is a pivotal factor in innate-epithelial-immunity against a broad spectrum of bacteria. Using a cell culture model of keratinocytes, a mucosal epithelial cell type, Dr Herzberg and his team have identified the critical segments in the calprotectin protein complex that are important in preventing infection by invading bacteria.

Relying in part on their knowledge of the functional structure of calprotectin, Dr Herzberg and his team applied molecular biology methods to insert protein-coding messenger RNA (mRNA) transcripts into the mucosal epithelial cells. The outcomes of these tests showed that insertion of mRNA encoding either the members of the calprotectin protein complex or these proteins in combination with another distinct antimicrobial protein, cathelicidin, enhanced the resistance of the cells to invasive human pathogens, including Listeria and Salmonella, for up to 48 hours. This means that protection against infection by these bacteria can be selectively increased for a period of time. 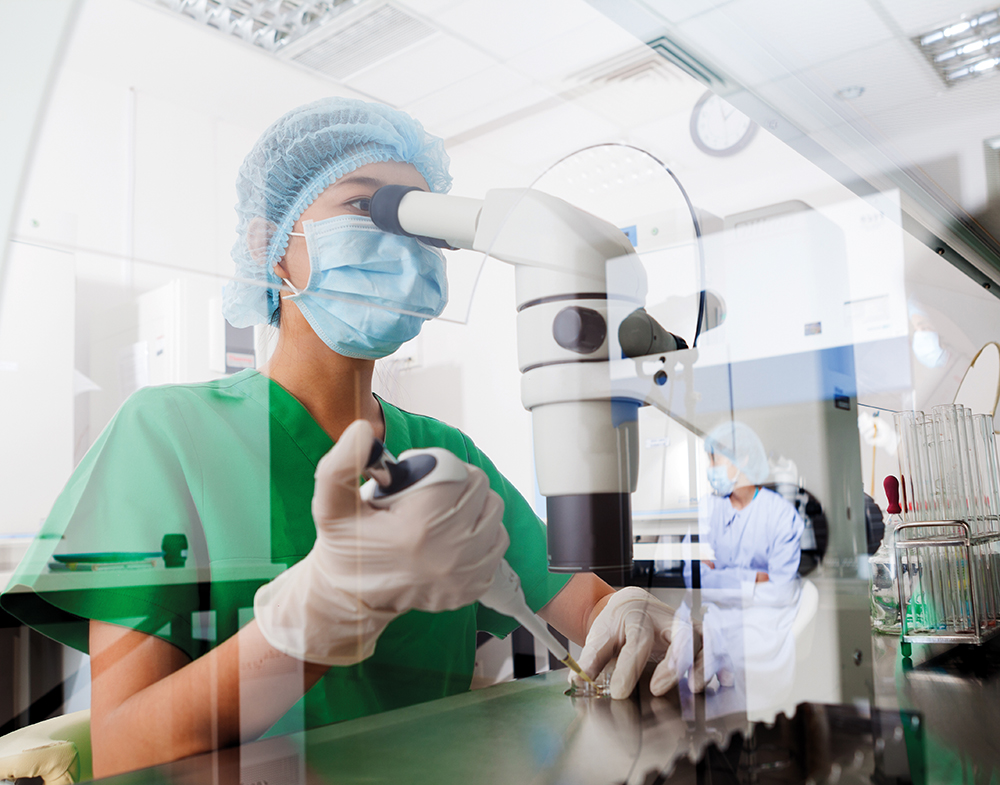 Head and neck squamous cell carcinoma (HNSCC) accounts for approximately 90% of head and neck cancers, and arises in the mucosal membranes of the mouth, throat, and nose. In normal squamous (e.g., stacked up) epithelial cells lining the surface of these anatomic sites, calprotectin is produced at high concentrations. Unlike the squamous epithelium of the head and neck, other normal epithelial tissues only express very low or no calprotectin. In cancers arising in the breast, thyroid, gastric, liver, colorectal, ovarian, prostate, bladder, and lung, such as adenocarcinomas, high levels of the calprotectin are produced. In HNSCC, however, the expression of calprotectin decreases drastically.

This discrepancy between high and low calprotectin tumour types and the apparent ‘switching off’ of this anti-microbial protein complex when squamous mucosal epithelial cells become cancerous caught the interest of Dr Herzberg and his colleagues.

Head and neck cancer is the sixth most prevalent cancer globally, and the number of cases has increased substantially in the past ten years. According to the Cancer Genome Atlas project, the two subunits of the calprotectin complex, S100A8 and S100A9, are downregulated in over 90% of HNSCCs compared to normal tissues.

The level of downregulation in HNSCCs appears independent of the clinical features of the tumour, including stage and location. Studies by the Herzberg team suggest that it is possible that the decrease in calprotectin is an indicator of the initiation of cancer development, with pre-neoplastic (dysplastic) cells in otherwise healthy tissue showing progressive downregulation of S100A8 and S100A9 as they approach cancerous transformation.

Similar to cigarette-smoking and consumption of tobacco-like products, infection by high-risk human papillomavirus (HPV) is highly associated with the development of HNSCC. Data from the Herzberg group, supported in part by the Cancer Genome Atlas, suggests strongly that the decrease in calprotectin levels is even greater in HPV-positive tumours than in HPV-negative ones (tobacco-associated).

Conducting tests in a well-differentiated (looking much like normal cells) oral squamous cell carcinoma cell line, Dr Herzberg and his team found that decreasing the calprotectin levels via manipulation of mRNA expression increased the ability of the tumour cells to invade and spread, features of a more aggressive cancer. However, when the calprotectin levels were normally expressed in the same cell line, tumour initiation and local spread actually decreased. Furthermore, in a mouse model, transplanted tumour cells that are negative for calprotectin produced larger tumours than tumours produced by calprotectin-positive transplanted cells. On a molecular level, both S100A8 and S100A9 are associated with the downregulation of genes that promote tumour migration and initiation. In other words, calprotectin makes tumour cells more ‘normal.’ 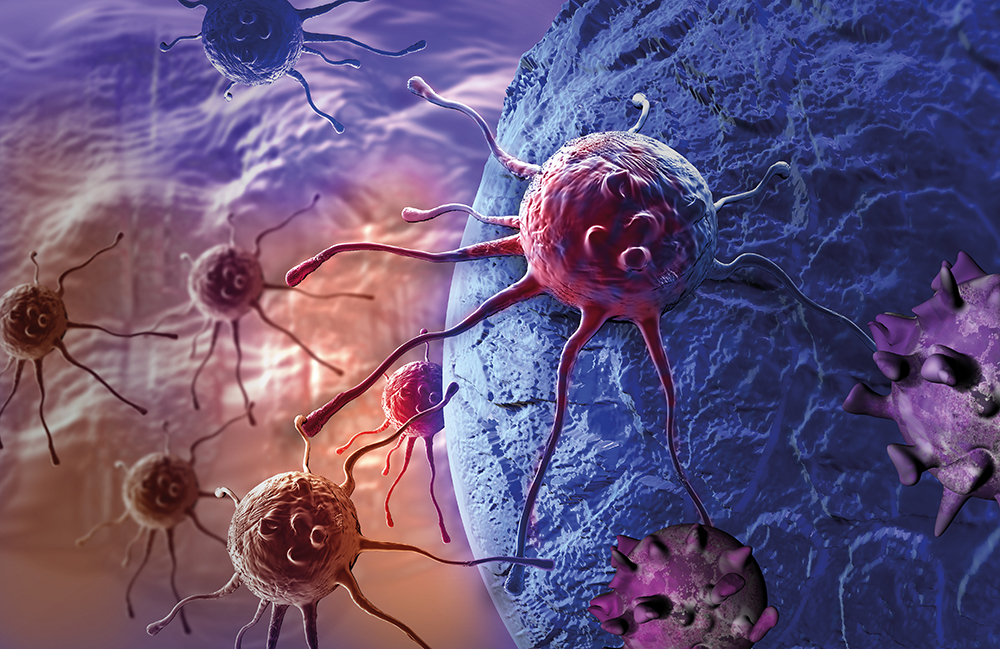 In human oral and oropharyngeal cancers, in cases where S100A8/A9 is more highly expressed, levels of the epithelial growth factor receptor (EGFR), a protein that sustains cell proliferation and growth, are low. In contrast, histologically aggressive tumours (high-grade) with low calprotectin levels show high EGFR levels. Also, cells expressing calprotectin show increased programmed cell death (apoptosis), which is key to the susceptibility of a tumour to shrivelling and dying in response to both chemo- and radiotherapies. Furthermore, the team has shown that levels of calprotectin and overall survival of patients with HNSCC are directly related.

Despite global advances in cancer treatment, the five-year survival rate for patients with HNSCC remains only at 50–66%. Dr Herzberg and colleagues propose that calprotectin may represent a potential therapeutic target for this disease. Restoring levels of S100A8/A9 to normal in pre-cancerous and existing tumours may prevent or decelerate tumour initiation or progression. These investigators speculate that intervening at multiple points may halt tumorigenesis and enhance susceptibility to existing treatment regimens.

Findings from the Cancer Genome Atlas show strong correlations between caspases, enzymes that regulate programmed cell death, and S100A8/A9 in HNSCC patients. When S100A8/A9 expression is lost in head and neck cancer cells there is a corresponding loss of caspase 3/7 activity and subsequently, the cell death pathway is attenuated. This process minimises the effect of radiation treatments since apoptosis would not be induced following treatment. Notably, research from the Herzberg group showed that increased S100A8/A9 levels in HNSCC cell lines confers sensitivity to cisplatin treatment and facilitates cell death.

The relationships between the calprotectin dimer, caspases, sensitivity to cisplatin and EGFR, are likely to explain the better survival rates observed in HNSCC patients who exhibit higher levels of calprotectin.

Looking to The Future

Dr Herzberg and his colleagues have significantly increased our understanding of the antimicrobial and anti-inflammatory actions of calprotectin. By exploring the effects of modulating calprotectin levels in HNSCC tumours, they have opened an extensive opportunity for the development of multifaceted novel therapeutics for HNSCC. These potential new therapeutics could improve the response to both chemo- and radiotherapy, as well as modulating the tumour cell-death process. 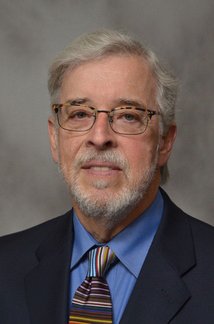 Dr Mark Herzberg holds a doctorate in dental surgery as well as a research doctorate. For three decades, he has been the Director of the Minnesota Craniofacial Research Training Program, funded by the National Institutes of Health and based at the University of Minnesota. Dr Herzberg’s interest in the antimicrobial protein known as calprotectin started in the 1990s, and he has provided a comprehensive account of the mechanisms and actions of this protein in protecting the mucosal tissues from invasion by microbial pathogens. More recently, Dr Herzberg has applied his knowledge and understanding of the multifaceted role of this protein to cancer research. His findings demonstrate an important role for calprotectin in head and neck squamous cell carcinoma (HNSCC), the tumours of which demonstrate a different pattern of expression of this protein compared to other epithelial cell cancers. This work is directing the development of novel, HNSCC-specific therapeutics. 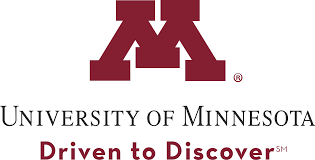 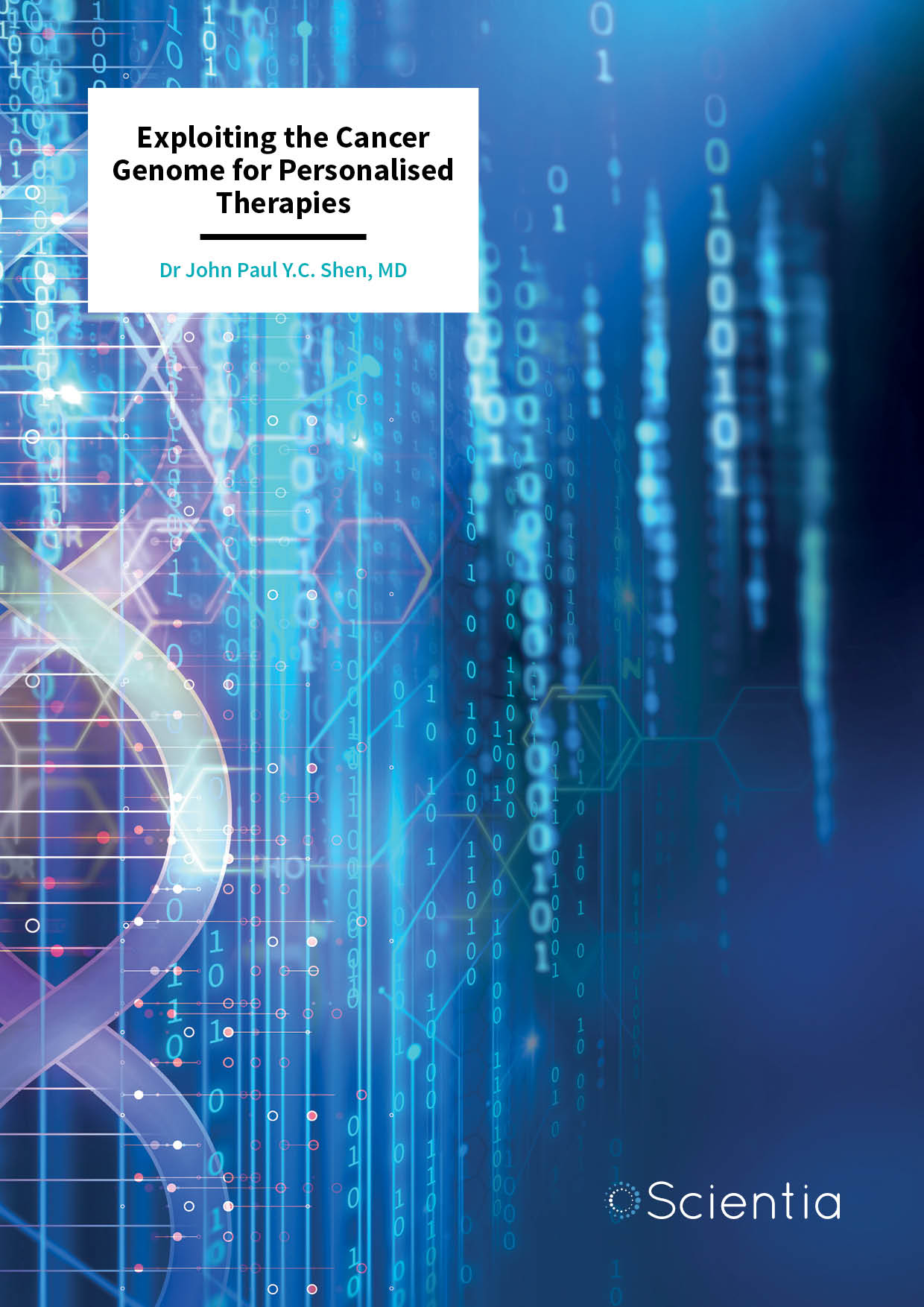 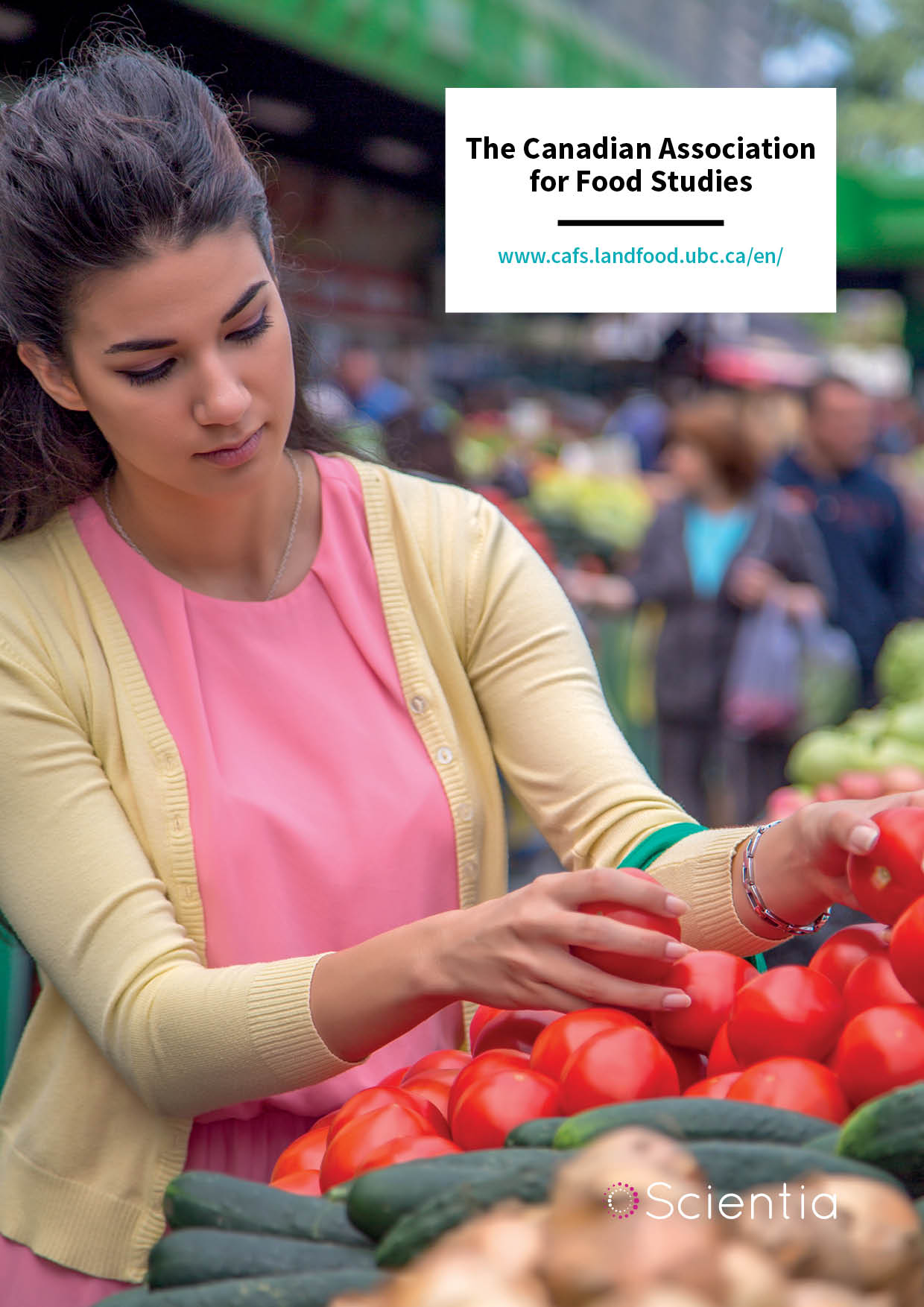 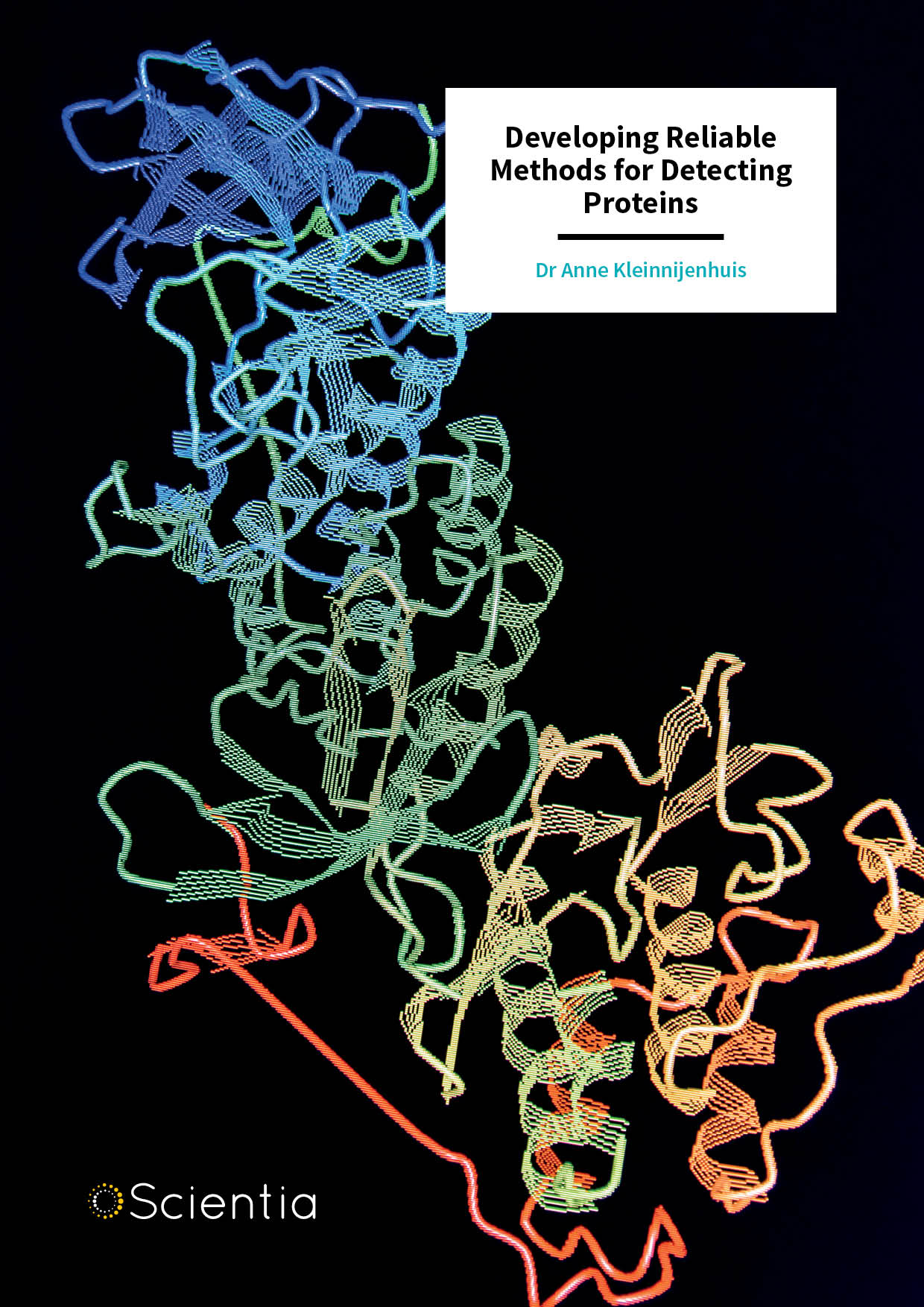 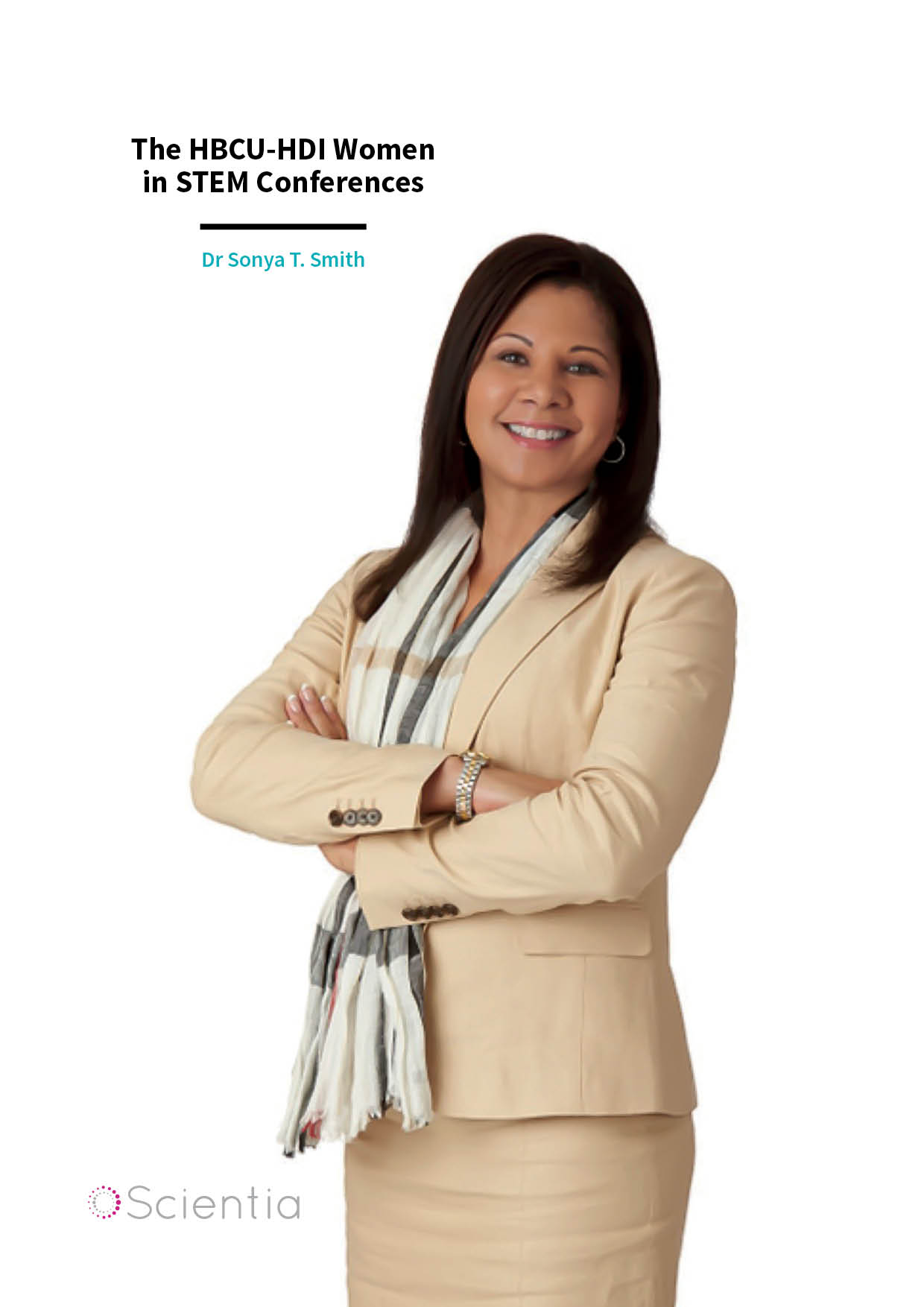