Research led by Dr Mollie Manier at The George Washington University has revealed how female fruit flies choose the right sperm to fertilise their eggs after mating with multiple males.

Secondary sexual male ornaments are advantageous in acquiring mates and can be found throughout nature, from the antlers of a stag to the mandibles of a stag beetle. The peacock’s iconic tail feathers confer higher reproductive success for males with the longest and brightest tails, because they are preferred by female peahens, despite hindering escape from predators. Thus, sexual selection is a powerful force driving the evolution of traits that influence reproductive success, even at a potential cost to the individual carrying them. We are most familiar with secondary sexual traits that influence an individual’s mating success, but sexual selection can continue after mating in the form of ‘postcopulatory sexual selection’, which can drive rapid diversification of equally impressive male primary reproductive structures directly involved in mating (i.e., sperm or genitalia). The most extreme example is found in the lowly Drosophila fruit fly, a classic model organism for studying many aspects of biology, including molecular and evolutionary genetics. These small flies boast among the longest documented sperm cells, varying from 0.32 mm to an incredible 5.8 cm – 20 times the length of the fly’s body and around 1000 times longer than human sperm cells.

Female fruit flies retain sperm from multiple males within specialised sperm-storage organs in the female reproductive tract, where they engage in sperm competition for fertilisations, a phenomenon that is widespread in many species. Historically, scientists assumed that the female reproductive tract serves only as an arena in which sperm compete for access to the egg and disregarded the potential for female mediation of paternity success through ‘cryptic female choice’. Although cultural biases contributed to this trend, investigating interactions within the female reproductive tract is fundamentally more difficult than simply focussing on sperm alone. However, Dr Mollie Manier and her team at The George Washington University have shown that the fate of sperm from different males may be determined by morphological, behavioural, or physiological characteristics of the female. Thus, the female fly can exhibit ‘preference’ for different mating partners long after the actual matings have occurred. Female flies can influence which sperm fertilises their eggs in several distinct ways, the primary method being the timing of sperm ejection. 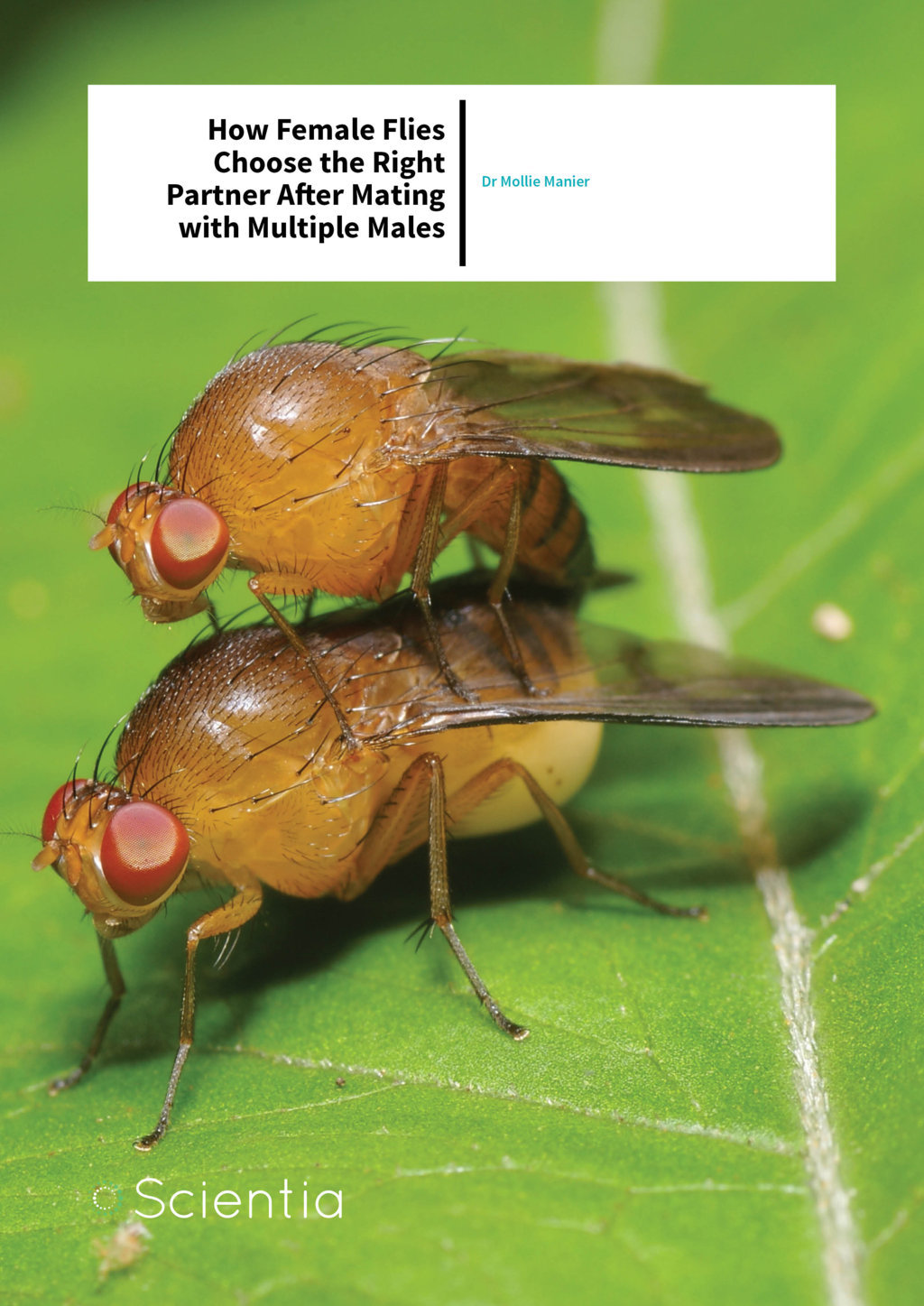 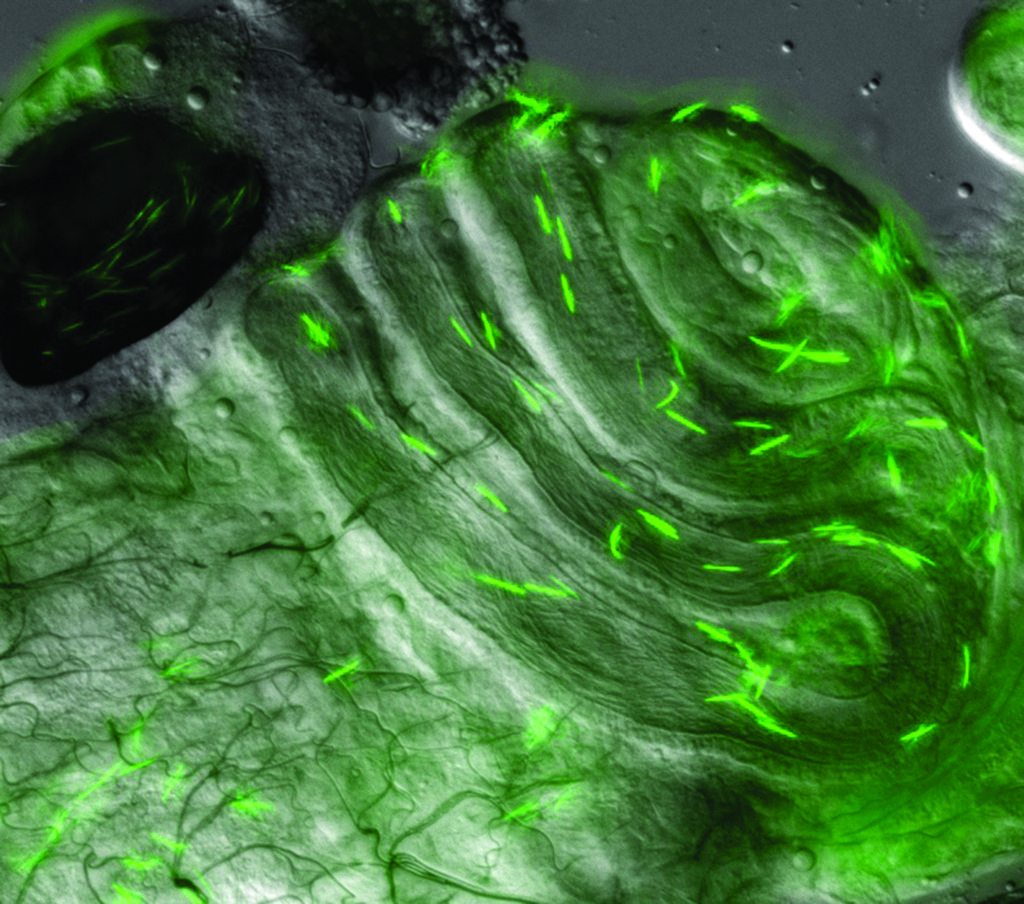 ‘In the fruit fly Drosophila, we have documented three separate mechanisms by which females can influence paternity – timing of sperm ejection from the female reproductive tract, use of different sperm storage organs, and the length of the seminal receptacle’

During mating, male fruit flies transfer many more sperm into the female’s ‘uterus’ than can be stored. This pool supplies a constant stream of sperm entering the sperm storage organs, where they physically displace sperm from her previous mate. Female ejection of excess sperm from the uterus terminates this displacement process, and the proportion of sperm from different males remaining in storage determines their paternity success. As a general rule, longer ejection times favour the second male by allowing his sperm more time to enter storage and displace rival sperm. Dr Manier and her team have recently shown that ejection time by female fruit flies depends on the attractiveness of her mate. Females ejected the second male’s sperm sooner if the first male was preferred and later if the second male was the best catch. This ejection timing is thought to be a primary mechanism of cryptic female choice, because it is consistently present in all species examined thus far, though not all species necessarily use it to bias fertilisation to favour certain males. The timing of ejection is likely to play a role in cryptic female choice if ejection occurs before displacement equilibrium is reached. 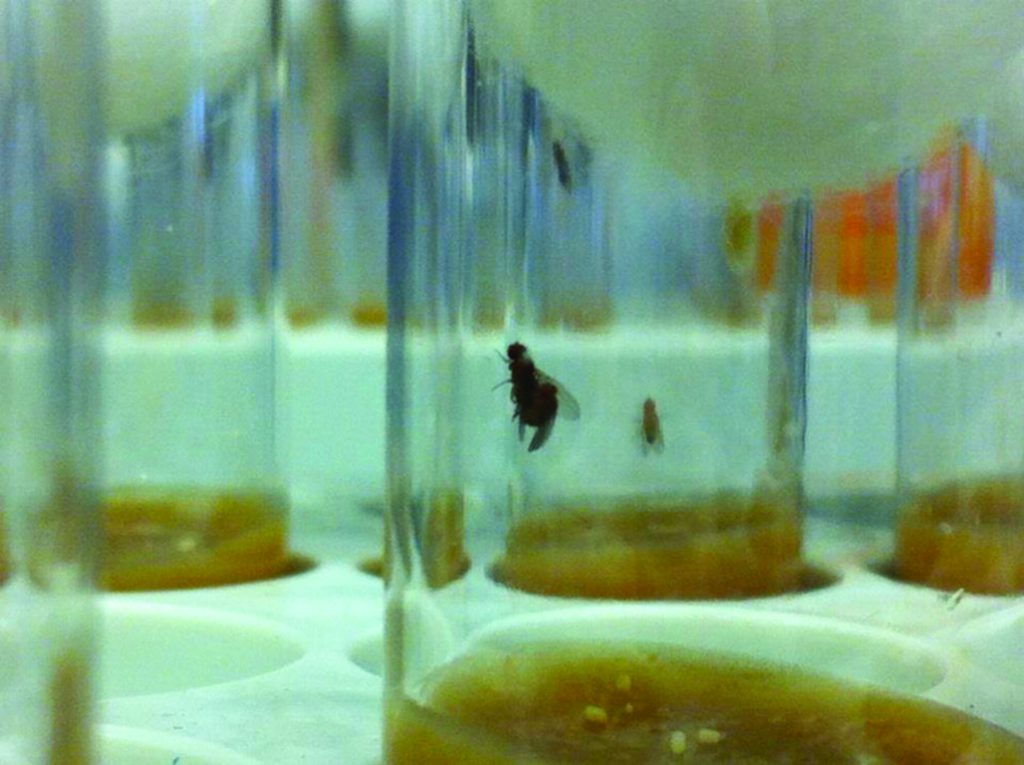 Displacement equilibrium occurs when the proportion of sperm in storage from, say, the second male reaches the same value as that in the uterus. At this point, sperm entering storage from the bursa is equivalent to sperm already present in storage, and thus no further displacement can occur. If ejection occurs before this equilibrium is reached, females can influence the proportion of the second male’s sperm in storage and thus paternity success. The research team found that female preferences for males is based on traits such as body size and whether the male is a member of the female’s species. These characteristics act at multiple stages in reproduction, such that females mate more rapidly with more attractive males and also eject their sperm later, presumably after displacement equilibrium is reached. The lab also discovered that females use the first male they mate with as the basis for evaluating subsequent mates. The ejection time for a preferred male is only longer if the female mates with a less preferred male first. Likewise, ejection time is only shorter if an unattractive mate follows an attractive male in the mating order.

The increased complexity of the female reproductive tract is thought to give females more opportunities to control which male fertilises her eggs, because fertilisation bias can then come from multiple sources. Fertilisation bias occurs when sperm use deviates from an expectation of ‘fair raffle’, that is, sperm use that reflects the proportion of sperm stored from different males. In other words, if one male’s sperm are used disproportionately, above and beyond their numerical representation in the sperm storage organs, fertilisation bias can be invoked.

Dr Manier’s team found that closely related species show different patterns of fertilisation bias. While D melanogaster favours using the seminal receptacle over the spermathecae, D mauritiana appears to show no fertilisation bias. At the same time, D simulans females exhibit first-male bias in sperm from their seminal receptacle but second male bias from their spermathecae. Moreover, they alter which storage organ is used for fertilisation depending on whether the preferred male was first or second in the mating order.

Coevolution of Sperm and its Receptacle

The third mechanism of cryptic female choice is mediated by the length of the seminal receptacle, which appears to drive the evolution of giant sperm in Drosophila. In D melanogaster, long sperm outcompete short sperm but primarily in long seminal receptacles. This ‘long sperm advantage’ seems to be due to a superior ability for longer sperm to displace (when mating second) and resist displacement by shorter rival sperm (when mating first), likely arising from mechanical fluid dynamics generated by longer flagella within the seminal receptacle. 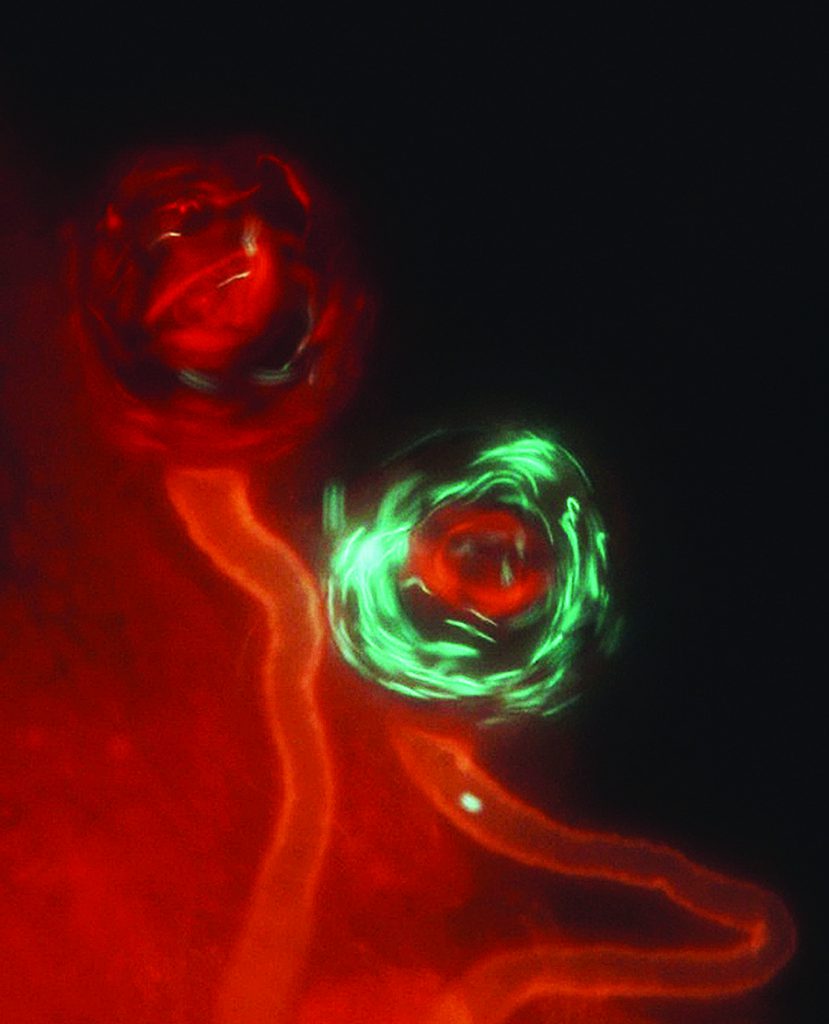 Another aim of Dr Manier’s research is to identify genes involved in sperm length and seminal receptacle length, investigate how they might have coevolved at the molecular level, and determine if any genes are shared by both traits. On the wider impact of her work, Dr Manier explains that the implications of this research extend beyond increasing our understanding of how fruit flies reproduce. The team is shedding light on the genetic and molecular mechanics behind coevolution, which is useful in better understanding HIV, cancer, and human fertility. Many couples who are unable to conceive are thought to be ‘genetically incompatible’, for reasons unknown. A better understanding of what might cause this incompatibility could potentially lead to new treatments for infertility. 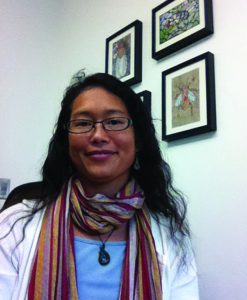 Dr Mollie Manier studied for her undergraduate degree at UC Berkeley where she became fascinated with natural history and population genetics while working in the Museum of Vertebrate Zoology. She then went on to pursue a PhD degree at Oregon State University, where she studied the metacommunity landscape genetics of two garter snake species and a toad. She has also worked at Hopkins Marine Station, in Monterey Bay on the evolution of sea urchin sperm and later at Syracuse University, where she began researching the fruit fly Drosophila. She now runs her own research group at the George Washington University, in Washington DC.