Over the last two decades, bile acids have gone from being thought of as mere helpers during digestion of fats and fat-soluble vitamins, to crucial players in the signalling pathways operating in the liver. Professor Phillip Hylemon and Professor Huiping Zhou, from the Medical College of Virginia, Virginia Commonwealth University, USA, lead two of the main research groups worldwide trying to unveil these pathways and the repercussions of these in terms of disease.

Researchers have known that bile acids play a vital role during digestion since 1870. It is now a well-accepted fact that these acids are needed for the metabolism of lipids, cholesterol, and fat-soluble vitamins (namely, vitamins A, D, E, and K). Under normal circumstances, bile acids are synthesised in the liver, then stored in the gallbladder until they are released into the gut after a meal. After digestion, these acids travel to the liver along with digested nutrients and finally return to the gallbladder for use at the next meal.

For a long time, this was considered to be the only function of bile acids. However, over the past 20 years, this idea of a passive role is slowly being replaced with a more dynamic one as a signalling molecule. It all started in 1999 when the first signalling pathway involving nuclear receptor and bile acids was identified. This mechanism turned out to be a key regulator in the metabolism of bile acids, glucose, and lipids in both the liver and intestines.

A few years later, a second pathway was unveiled that again linked bile acids to the regulation of glycogen, sugar, and lipid metabolism via a cell surface receptor (Called TGR5). Interestingly, this pathway is present in the bile duct leading to the liver, but not in the liver itself.

This notable absence of the signalling pathway in the liver triggered the curiosity of Professor Phillip Hylemon and Professor Huiping Zhou. They believed that the likelihood of having a specific mechanism in liver cells was strong enough to warrant investigation. As Professor Hylemon explains, their overarching aim is to ‘investigate the role of bile acid-activated cell signalling pathways in hepatic metabolism using both in vitro and in vivo model systems.’

‘Identification of bile acid-induced [mechanisms] in liver cells not only establish a novel theory in bile acid biology but also provide new mechanistic insights into the pathophysiology of metabolic diseases including NAFLD.’

Consequences of a High-fat Diet

In 2012, after testing more than a dozen different possibilities, the duo saw their suspicions confirmed when they identified a new connection between bile acids and the liver. This new pathway involves a way for bile acids to communicate with liver cells without actually entering the cell. The system cleverly uses an intermediary located in the cell membrane (called spingosine-1 phosphate receptor 2, S1PR2), that in turn triggers a multitude of responses from inside the cell. In other words, it works as a messenger between bile acids and liver cells. 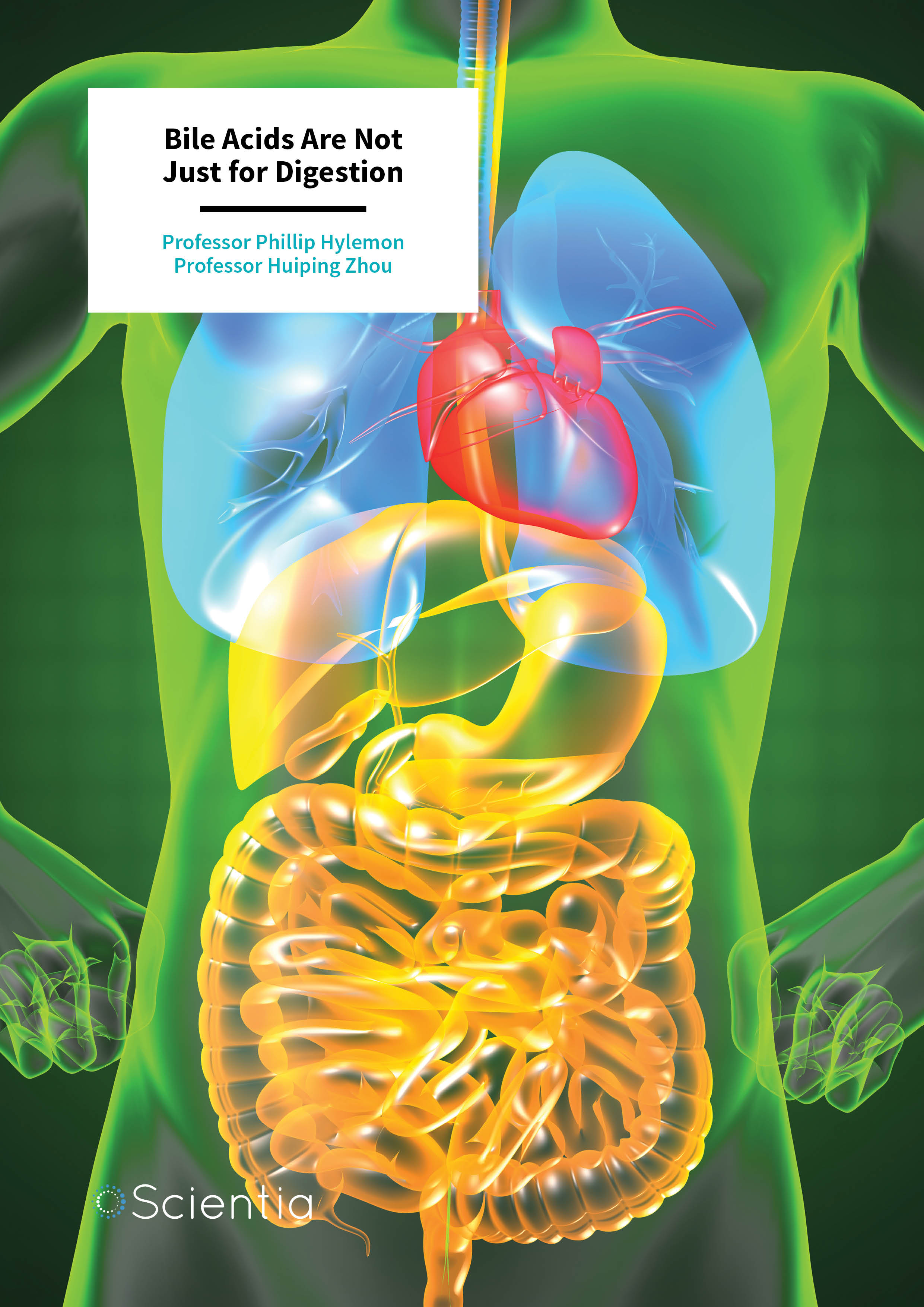 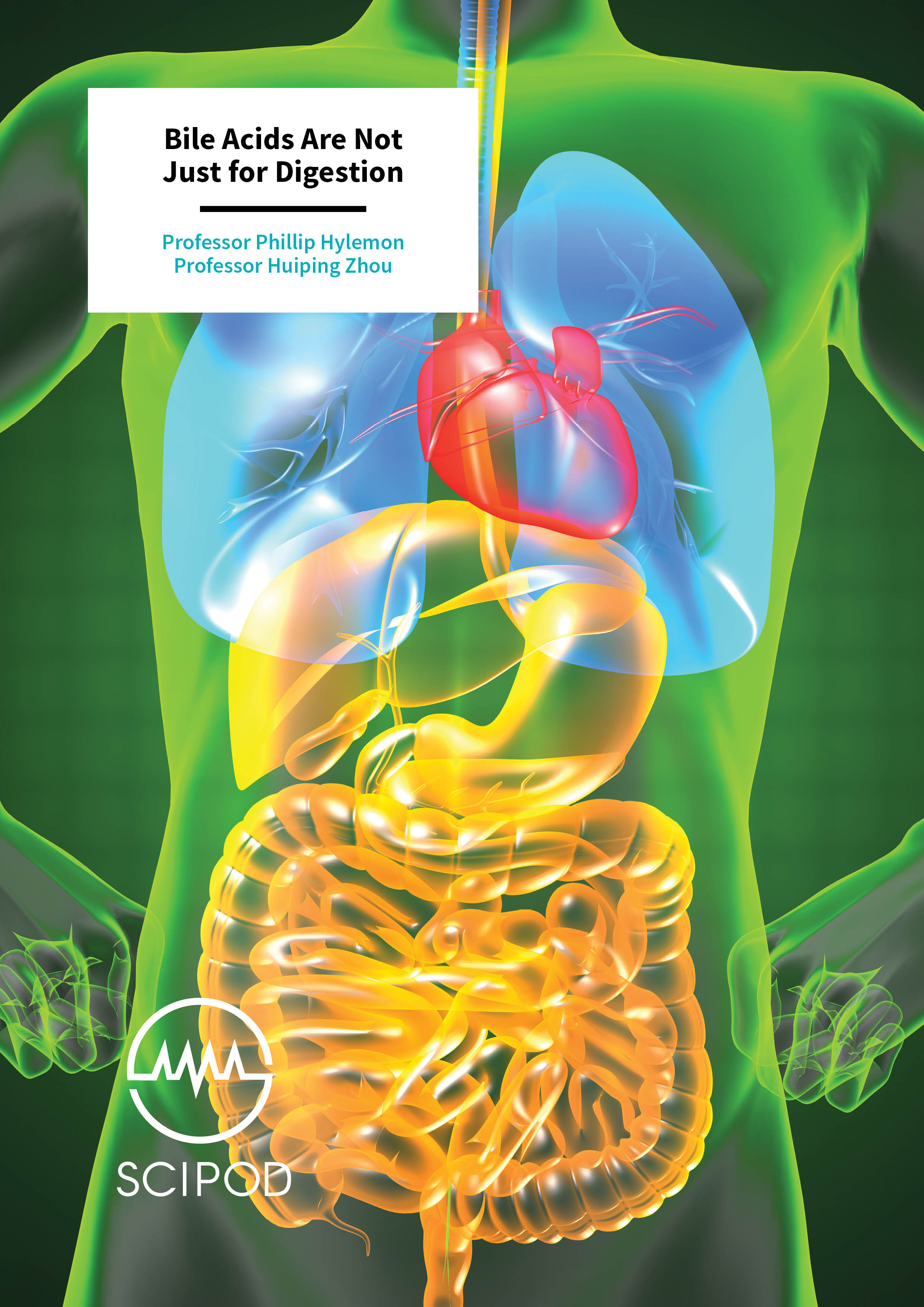 The team confirmed the importance of this new mechanism in lipid metabolism when researchers spotted how it can affect key genes involved in digestion and lipid transport. These included, for example, genes responsible for transporting lipids in the blood and synthesis/degradation of cholesterol. 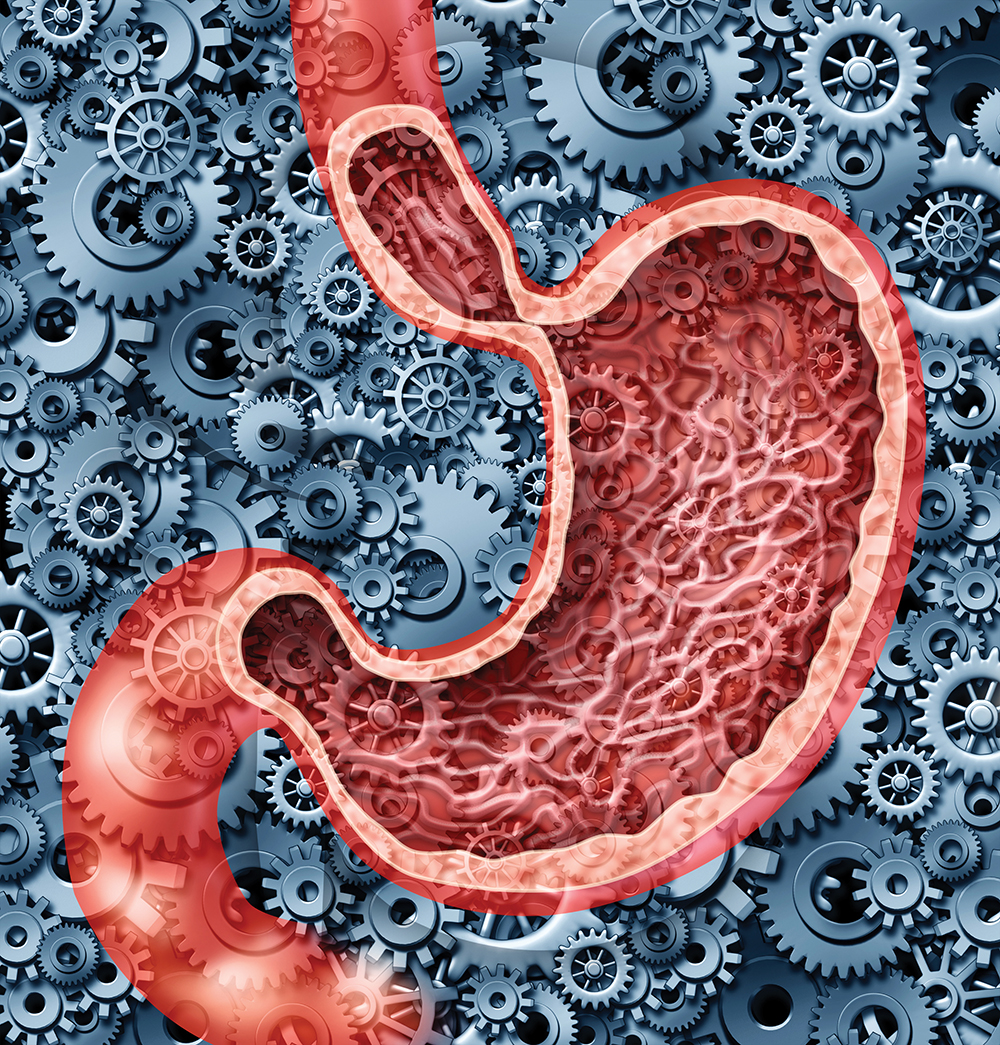 Given these results were obtained from experiments in a petri dish, the next step for Professor Hylemon and Professor Zhou was to explore the physiological effects on live animals. Interestingly, when fed a high-fat diet, mice were able to step-up on the activity of this pathway to avoid any long-term injuries. However, when this protective effect was blocked, then the mice quickly developed enlarged and fatty livers with an accumulation of cholesterol and triglycerides. The researchers speculated this happened because important genes involved in the transport and metabolism of lipids had failed, resulting in lipid accumulation in the liver.

This is particularly relevant in today’s society as a Western-type diet is typically high in saturated fats, which over time can overwhelm the ability of the liver to metabolise fats. As the researchers stated in 2015, ‘dysregulation of this cell signalling system may have significance in the development of fatty liver and related diseases especially in individuals on a high-fat diet.’

Of even greater concern is that a high-fat diet is often associated with obesity and non-alcoholic fatty liver disease (NAFLD), which can, in turn, be a precursor of cirrhosis and cancer of the liver. This is currently one of the most common chronic liver diseases in adults but ‘effective therapeutic strategies are still limited,’ explains Professor Zhou. Indeed, ‘identification of bile acid-induced [mechanisms] in liver cells not only establish a novel theory in bile acid biology but also provide new mechanistic insights into the pathophysiology of metabolic diseases including NAFLD,’ continues the researcher. 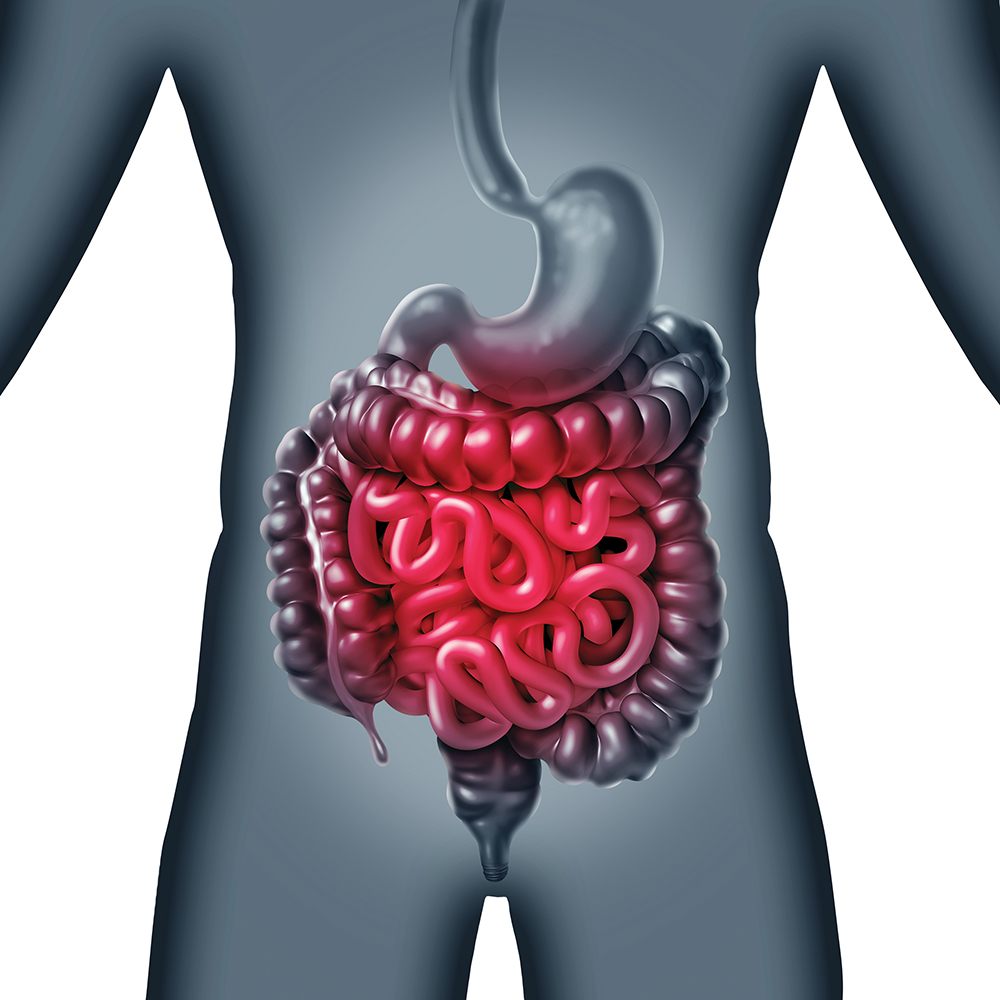 Bile acids cannot be thought of solely as protectors. While the beneficial effects include stimulation of bile formation and effective lipid metabolism, there is a dark side to bile acids. Effects such as cellular toxicity when in excess and impaired bile synthesis are just two examples. To complicate things further, there is some evidence that bile acids activate the same signalling pathways to produce these contradictory effects, making it a challenge for researchers to uncover the differences.

One of these examples comes in the form of bile duct cancer. For the last two decades, researchers have been aware that bile acids can promote the growth and development of this type of cancer. Albeit rare, these cancers are usually very aggressive and associated with a poor prognosis for the patients, especially if diagnosed late.

There is some evidence linking abnormal bile acid production and cancer development, with patients exhibiting elevated bile acid concentration in the bile, apparently caused by bile duct obstructions. However, the speciﬁc mechanisms by which bile acids can promote cancer development and biliary tumour growth are still a mystery.

Between 2014 and 2015, Professor Hylemon and Professor Zhou reported that excess bile acids are able to trigger an inflammatory response – a key stimulator of cancer development – and this way promote cancerous cell growth in the bile duct. Unsurprisingly, the researchers believe that this could be a promising novel therapeutic target for this type of cancer. For Professor Hylemon, this discovery may turn out to be their most important contribution to science. ‘We now hypothesise that this is key to regulation of cell proliferation, inflammation and fibrosis in the liver,’ notes the researcher.

With this in mind, the team successfully reduced liver injuries in mice with bile duct obstruction (a common precursor for bile duct cancer) by blocking the activity of bile acids, which in turn eliminated the source of inflammation. Mice with normal bile acid activity were not so lucky, and the signs of inflammation were quickly visible. These data seem to point towards an inflammatory response as the main mechanism by which bile acids induce damage to the liver but further research is needed.

Bile duct cancer is not the only type of cancer with bile acid involvement. There is also some evidence to suggest that bile acids can promote oesophageal cancer development but specific details are still to be elucidated.

This type of cancer ranks as the seventh most frequent and the sixth leading cause of death caused by cancer worldwide. One in particular – oesophageal adenocarcinoma – represents more than half of all oesophageal cancers and its incidence has increased dramatically over the past few years. Risk factors include Barret oesophagus, gastroesophageal reflux disease, being male, smoking, poor diet, and obesity. Although treatment by removing all or part of the oesophagus (known as oesophagostomy) combined with chemotherapy can significantly improve long-term survival rate, options for treatment are limited when diagnosis is made late in the disease.

Similar to observations made by Professor Hylemon and Professor Zhou in relation to bile duct cancer, bile acids were also found to promote invasive growth of cancer cells in oesophageal adenocarcinoma. This is likely achieved by inducing inflammation and triggering multiple pathways to boost cell division and migration, as well as the capability for causing tumours and spread of disease. ‘The study not only provides new insights into the pathogenesis of oesophageal adenocarcinoma and the role of bile acids in disease progression,’ the researchers stated, ‘but strongly suggests that targeting signalling pathways represents a novel therapeutic strategy for the treatment of oesophageal adenocarcinoma.’

This idea applies beyond bile duct cancer. Professor Hylemon’s and Professor Zhou’s teams are beginning to build a very strong case in favour of targeting bile acids and associated mechanisms as a strategy to develop new treatments for cancers where these substances are involved.

It is now well accepted that bile acids are not just for digestion, but also regulate complex biological pathways. Professor Hylemon and Professor Zhou’s findings extensively support the idea of an interplay between bile acids and nutrient metabolism in the liver/bile duct.

Despite the progress over the past 20 years, future studies to discover different pathways and mechanisms are needed. With this in mind – and because the cause of cancer cannot be attributed to a single factor – Professor Hylemon and Professor Zhou are now looking at how bile acids fit into the network of signals that regulate tumour proliferation and inflammation. Ultimately, says Professor Hylemon, ‘it may allow the scientific community to target this novel pathway for treatment of various diseases.’ 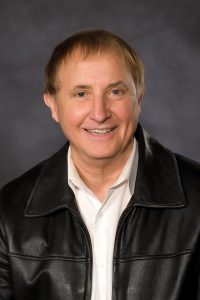 Professor Phillip Hylemon obtained his PhD in microbiology from Virginia Polytechnic Institute and State University in 1971. He is now Professor of Microbiology and Immunology and Medicine at Virginia Commonwealth University. His research investigates the role of bile acids in lipid metabolism in the liver using both in vitro and in vivo model systems. Professor Hylemon has a long track record in this field, being continuously funded by the National Institutes of Health since 1975. His current aim is to understand how bile acids can develop a network of cell signalling pathways that regulate tumour cell proliferation, inflammation, and fibrosis. 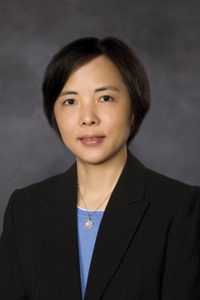 Professor Huiping Zhou obtained her PhD in molecular biology from the University of Kentucky in 1998. She joined Virginia Commonwealth University in 1999 as a post-doctoral researcher. After a few years as an associate professor at the Department of Immunology and Microbiology, she gained full professor status in 2016. Professor Zhou has received multiple awards, including the Women in science, Dentistry & Medicine Professional Achievement Award in 2018 and Research Career Scientist Award from Department of Veteran Affairs. Professor Zhou has been continuously funded by the National Institutes of Health and Department of veteran Affairs since 2005. Her long-term collaboration with Professor Hylemon has resulted in over thirty joint publications in the last ten years.