FROM CLIMATE CHANGE TO THE COSMIC WEB 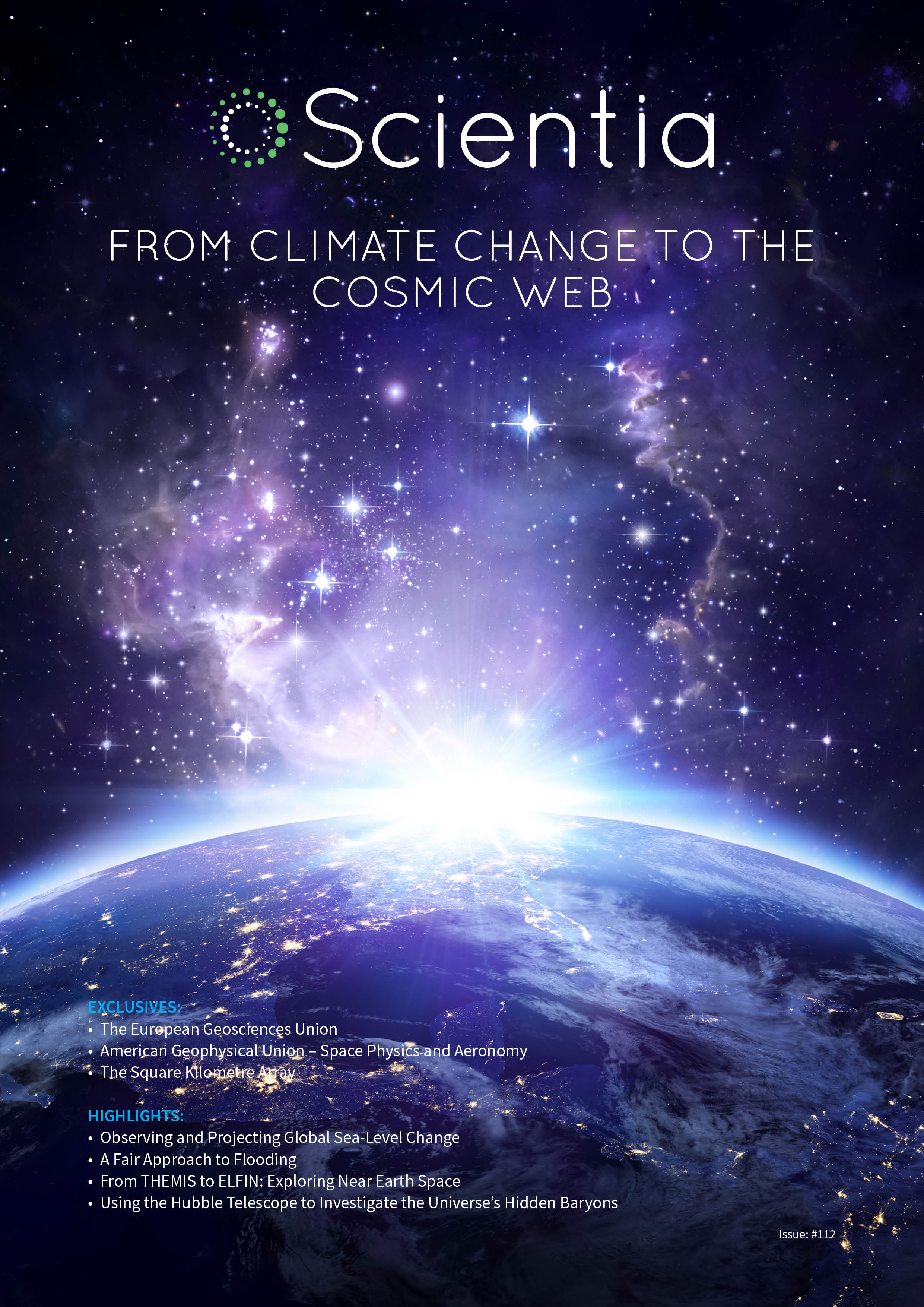 I am delighted to present this enticing new edition of Scientia, which covers a range of important research areas, from geology to climatology, and from aeronomy to astronomy.

Mitigating disaster is one pressing theme that pervades this edition, and we start off by featuring research devoted to predicting devastating seismic events. Here, we showcase the work of two scientists, who are developing creative ways to forecast volcanic eruptions and earthquakes.

The lion’s share of this edition is dedicated to perhaps the greatest disaster humanity will ever experience – anthropogenic climate change. Thousands of scientists across the globe are working to accurately quantify the impact of climate change, so that we can predict and hopefully mitigate its most damaging effects, such as sea-level rise, extreme weather events, droughts, flooding and crop failure. Because of widespread denial in the face of this global disaster, this type of research is extremely important, in order to further highlight that our greenhouse gas emissions are the cause of global temperature rises. In this edition, we feature the work of many research teams, each striving to predict or mitigate the severity of this imminent global disaster. Predicting future sea-level rise, managing flood risks, quantifying the effects of vegetation on the climate and mining graphene for the renewable energy sector, are just a few of the many research projects showcased here.

Next, we focus on another danger, which lurks beyond Earth’s atmosphere – space weather. Space weather disturbances, caused by fluctuations in the solar wind, can cause a huge array of problems here on Earth, such as widespread electricity blackouts and satellite damage. Because of our heavy reliance on satellites for communication, GPS and air traffic control, many scientists are dedicating their research efforts to devising ways to forecast space weather events. In this section of the edition, we showcase the latest research in this area, and feature an exclusive interview with last year’s president of the AGU’s Space Physics and Aeronomy section.

From near-Earth space, we venture deeper into the cosmos, with our last section dedicated to the mind-blowing field of astronomy. First, we meet Professor Philip Diamond, Director General of the Square Kilometre Array – set to become the world’s largest and most sensitive radio telescope. Next, we introduce Kimberly Arcand, Visualisation Lead for NASA’s Chandra X-Ray Observatory, who makes science more accessible to the public by improving the ways we visualise astronomical objects. To close the edition, we introduce Dr Bart Wakker, who uses the famous Hubble Telescope to find the Universe’s hidden matter, which resides outside galaxies and forms the filamentary structures of the Cosmic Web.

MINING CARBON TO DECREASE THE CARBON FOOTPRINT
Dr Andrew G. Conly
Identifying and analysing minable graphite for use in the renewable energy sector

THE POLAR VORTEX: MESHING AND STRIPPING THE GEARS OF THE ATMOSPHERE
Professor Darryn W. Waugh
Investigating how polar vortices interact with the atmosphere and impact our weather

DOES CLIMATE AFFECT THE WORLD’S VEGETATION – OR IS IT THE OTHER WAY AROUND?
Dr Michael Notaro
Studying how the climate can be influenced by variations in vegetation

THE BIRTH AND DEATH OF ICE SHEETS: UNDERSTANDING THE PAST AND PREDICTING THE FUTURE
Dr David Pollard and Dr Robert DeConto
Creating models to predict Antarctic ice sheet melt and sea-level rise

UNCOVERING THE CONNECTION BETWEEN OCEAN SALINITY AND TERRESTRIAL RAINFALL
Dr Raymond W. Schmitt
Investigating how salinity levels in the ocean’s surface can be a predictor of rainfall on land

TAKING A HARD LOOK AT AIR POLLUTION SO WE CAN ALL BREATHE EASIER
Dr Albert A. Presto
Understanding the geographic distribution of pollutants released from our modern technology

FORECASTING THE WEATHER . . . IN NEAR-EARTH SPACE

SOMEWHERE, OUTSIDE THE RAINBOW
Kimberly Kowal Arcand
Making science accessible to the public by improving how we visualise astronomical objects