Inflammatory Bowel Disease (IBD) causes significant pain and discomfort to sufferers and severely affects quality of life. Research on IBD focusing on the individual contributing factors has failed to provide truly effective treatment options, and the broader picture has been somewhat neglected. Dr Claudio Fiocchi of the Lerner College of Medicine, Cleveland Clinic, USA, proposes an integrated, holistic approach which holds significant promise for improving both our understanding and treatment of IBD.

The Challenge of Treating IBD

Inflammatory Bowel Disease (IBD) involves chronic inflammation of a patient’s digestive tract. Ulcerative colitis and Crohn’s disease are the two most common types of IBD. Symptoms include fatigue, severe diarrhoea, abdominal pain, rectal bleeding, weight loss and intestinal obstruction. According to the Centers for Disease Control and Prevention, in the United States alone, some three million people are reported as having IBD in 2015. According to the Crohn’s and Colitis Foundation of America, as many as 70,000 new cases of IBD are diagnosed in the United States each year.

Despite advances in modern medicine, treating IBD is clearly proving to be a challenge. One of the main reasons for this is that IBD is characterised by an overwhelmingly complex set of pathogenic (disease-causing) mechanisms. The complexity of the disease is compounded by the diversity of each sufferer’s symptoms, treatment experiences, and lifestyle choices. These factors make researching the disease and pinning down the specific causes all the more difficult.

Dr Claudio Fiocchi, Professor of Molecular Medicine at the Lerner College of Medicine, Cleveland Clinic, USA, is working towards a better understanding of IBD, and ultimately, improved treatment options. To achieve this, Dr Fiocchi firmly believes we have to embrace the idiom of ‘out with the old and in with the new’.

‘My current conviction is that the scientific and medical IBD community must accept new ways to look at IBD and realise that definitive answers, correct diagnosis and truly effective therapy can only be achieved if we adopt and integrate new methodologies that can evaluate the disease as a whole’.

The Need for a Holistic Approach to IBD Research

Like in the case of other complex diseases, the causes of IBD are multifaceted and include environmental, genetic, microbial, and immune factors. However, as Dr Fiocchi points out, none of these factors alone is sufficient to trigger IBD. Rather, IBD is likely caused by complex interactions among them. Unfortunately, much of the research into IBD to date has focused on the individual contributing factors in isolation. As a result, progress has been limited. Dr Fiocchi argues that this blinkered approach is a major obstacle to enhancing our understanding of IBD and identifying a cure. 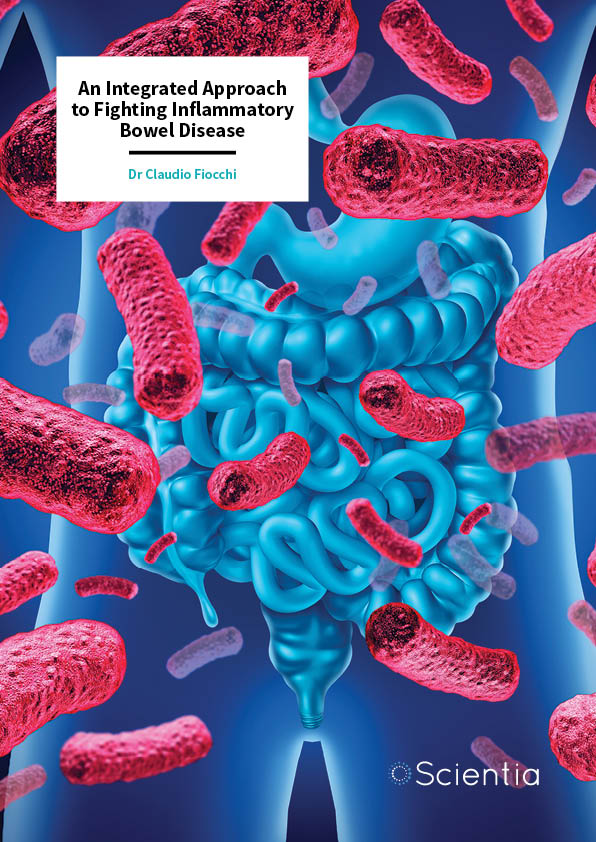 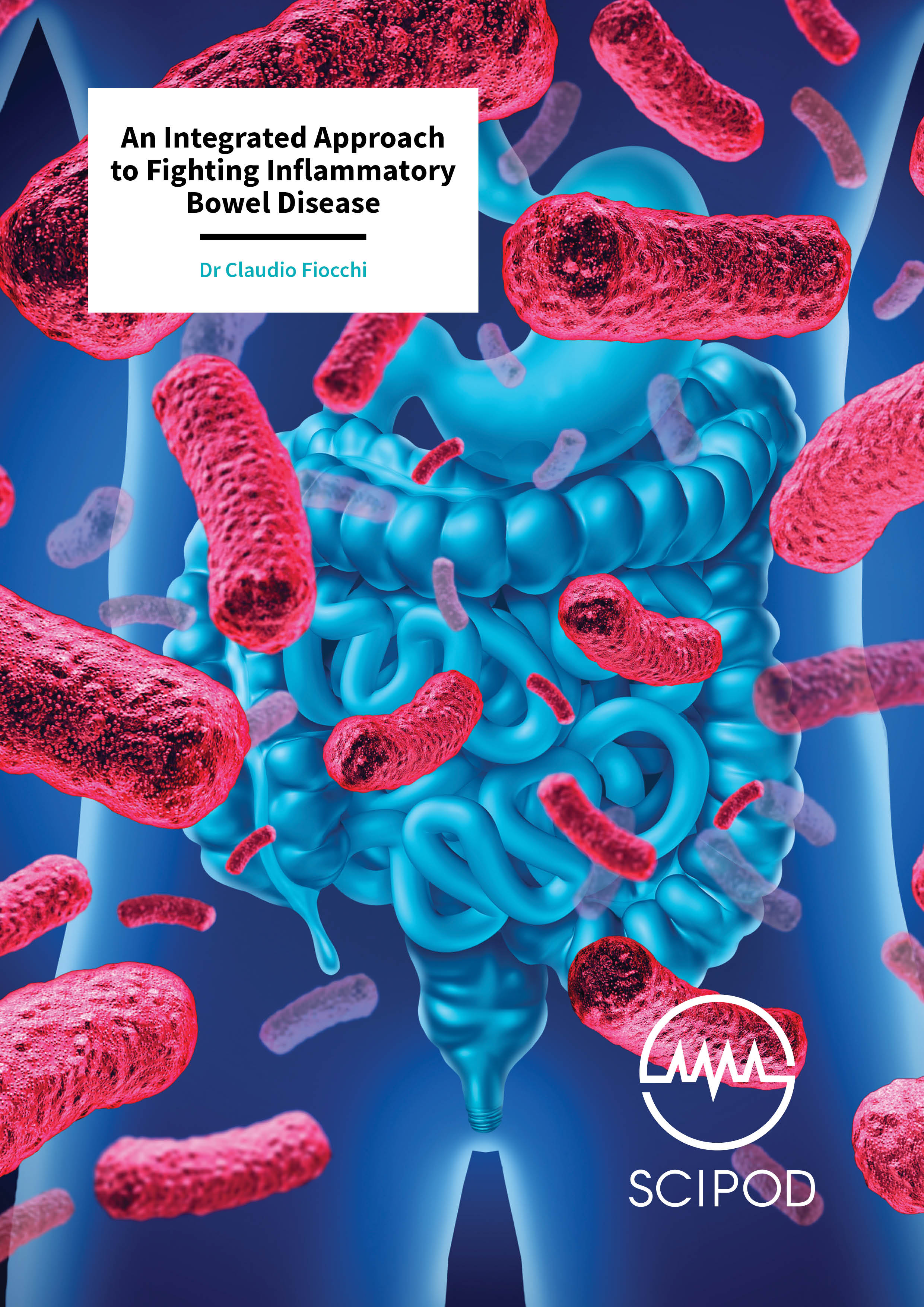 If progress is to be made in treating IBD, then something needs to change. Dr Fiocchi explains, ‘my current conviction is that the scientific and medical IBD community must accept new ways to look at IBD’. He continues, ‘we must realise that definitive answers, correct diagnosis and truly effective therapy can only be achieved if we adopt and integrate new methodologies that can evaluate the disease as a whole’. With this premise in mind, Dr Fiocchi conceptualised the so-called ‘IBD interactome’. 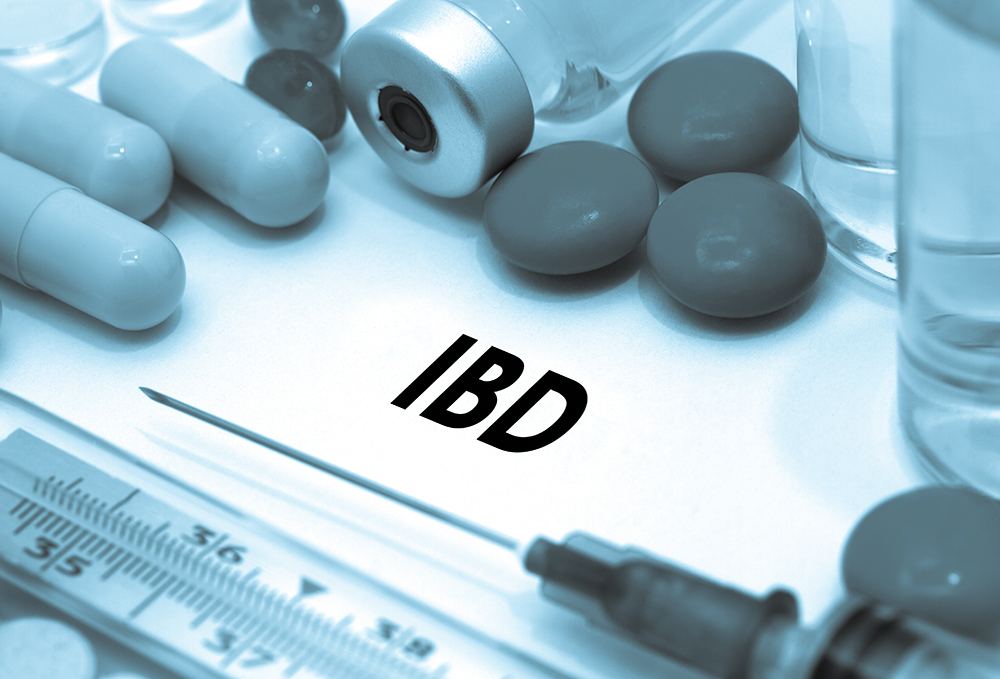 Dr Fiocchi wanted to develop a new approach to IBD research where all relevant information would be integrated into a comprehensive picture of the disease. In line with the terminology often used, he termed this integrated approach the IBD interactome. The interactome, as it pertains to IBD, is a biological network, in which Dr Fiocchi proposes that dysregulated interaction between ‘omes’ causes chronic intestinal inflammation.

To understand this definition, we need to understand what is meant by omes. The term originates from terminology that conveys a sense of the totality of any particular complex system, wholeness, or completion. For example, contributing factors related to the environment are referred to as the patient’s exposome. Genetic, microbial, and immune contributing factors are referred to as the patient’s genome, microbiome, and immunome, respectively. These are among those most often researched but there are, of course, other potential contributing factors, or other omes.

The overarching purpose of the IBD interactome concept is to move away from studying single omes that contribute to IBD in mere isolation. By adopting a holistic, integrative approach, Dr Fiocchi hopes to gain deeper, more detailed insights into the disease-causing mechanisms. By facilitating an unbiased investigational approach, the IBD interactome is capable of detecting relevant pathogenic interactions at a molecular level. Such an in-depth approach, however, requires methodological innovations to existing procedures and introduces a whole new set of challenges. 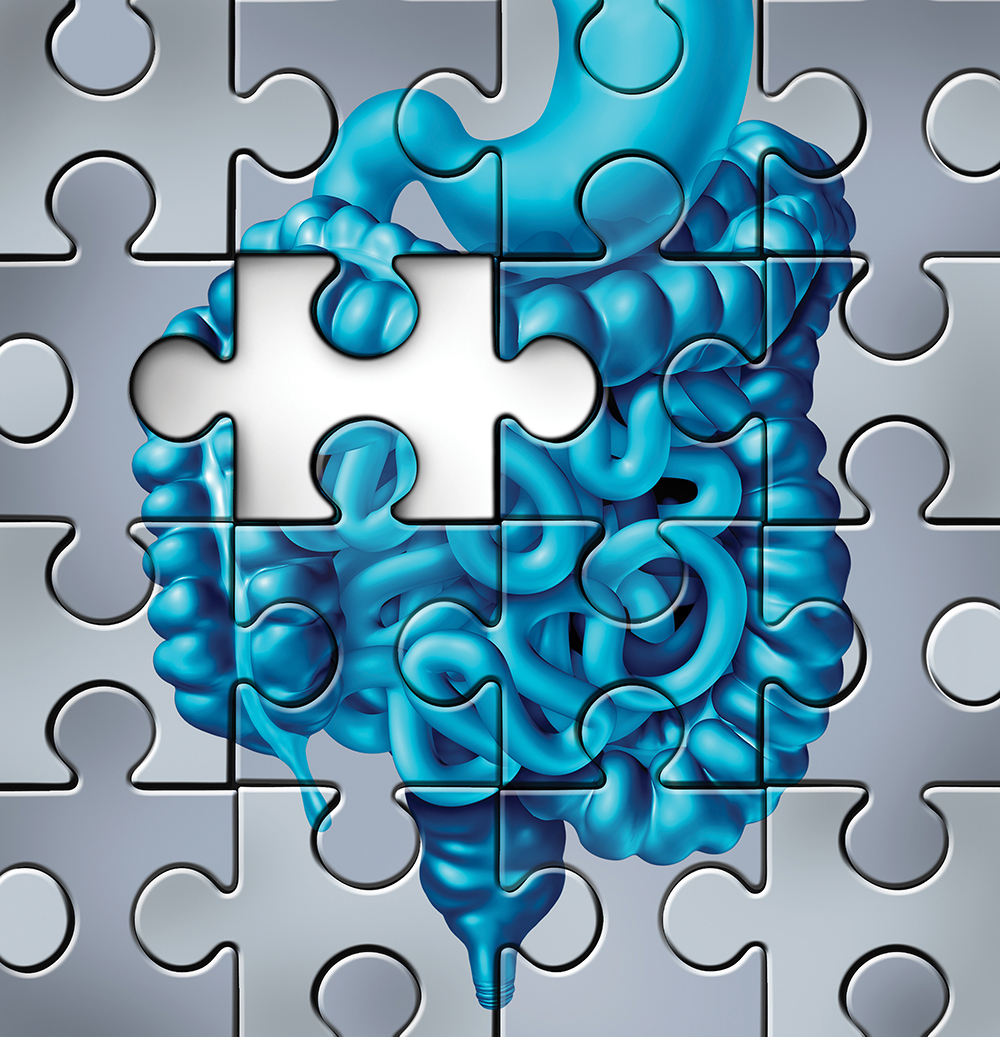 According to the National Institutes of Health, systems biology is an approach to biomedical research that aims to understand the larger picture – be it at the level of the organism, tissue, or cell. Systems biology is the opposite of reductionist biology, which, in contrast, involves taking the pieces apart to further our understanding. In light of the theoretical premise of the IBD interactome, a systems biology approach is ideal for studying IBD. However, it also introduces further methodological complexity.

For example, a systems biology approach to researching IBD requires one to collect a large range of bio-samples including blood, serum, endoscopic biopsy samples, and stool. Researchers working in different fields of expertise need to analyse these samples for a whole range of different aspects. They then need to collect and integrate the data accumulated from these tests and deduce it into something biologically meaningful. It becomes immediately apparent that application of this approach in IBD would entail an enormous amount of work, as well as some serious information processing power. The good news is that there is a way in which this may feasibly be achieved – and it lies in the science of bioinformatics. 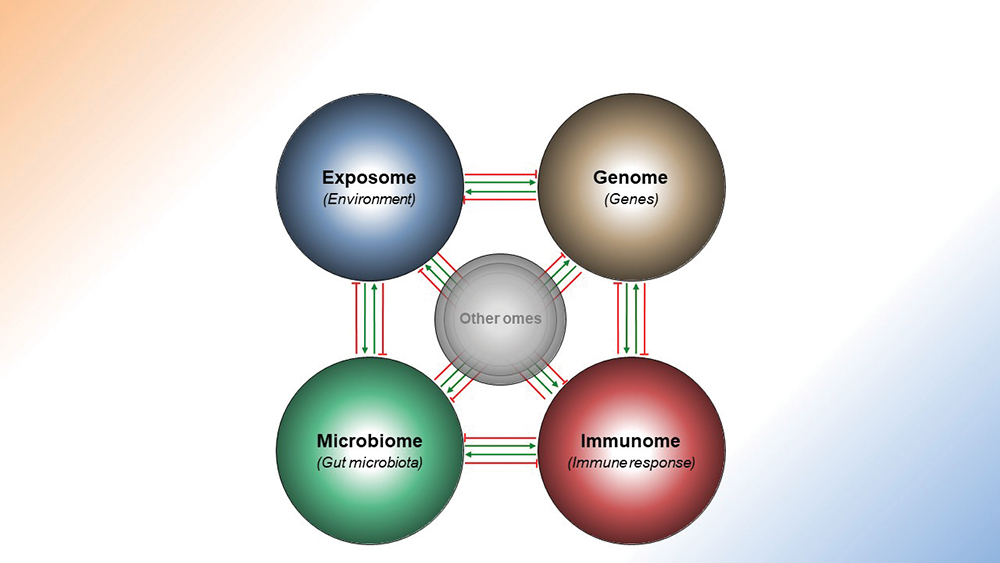 Bioinformatics and Computational Biologists to the Rescue

Bioinformatics refers to the use of statistical modelling and algorithmic processing to understand complex biological data. In the case of IBD research, Dr Fiocchi proposes that a large body of data from analyses covering vast research areas would be fed into an appropriate bioinformatics tool. These tools would then help to construct meaning from the results. However, this would not be a mindless process in which a computer spits out some sort of magic number. Rather, the use of bioinformatics in the study of IBD needs to be supported by computational biologists who are knowledgeable about the disease processes. With this expertise on hand, data from an extremely large body of analyses can be translated into something meaningful to IBD researchers.

However, it is important to remember that bioinformatics, at present, is not a ‘silver bullet’ for IBD research. There are still limitations to just how much data can be processed. Although there are a number of omes of interest, we do not currently have bioinformatics tools and algorithms capable of integrating all the analyses required. Thus, work to date focuses on only the most significant omes known to contribute to IBD.

In summary, evaluating the large amount of information compiled using a systems biology approach to IBD research requires state‑of‑the-art bioinformatics tools to synthesise this complex and varied data. As well as simultaneously bringing together all the relevant data, this approach will also allow researchers to study the disease at a more detailed, molecular level. Dr Fiocchi believes that future research using a bioinformatics systems biology approach will be critical in identifying the key molecular components in IBD. In this way, we will be able to understand how these molecular components regulate their networks, as well as how these various networks interact with one other. This work will contribute to a much better understanding of the mechanisms underlying IBD. 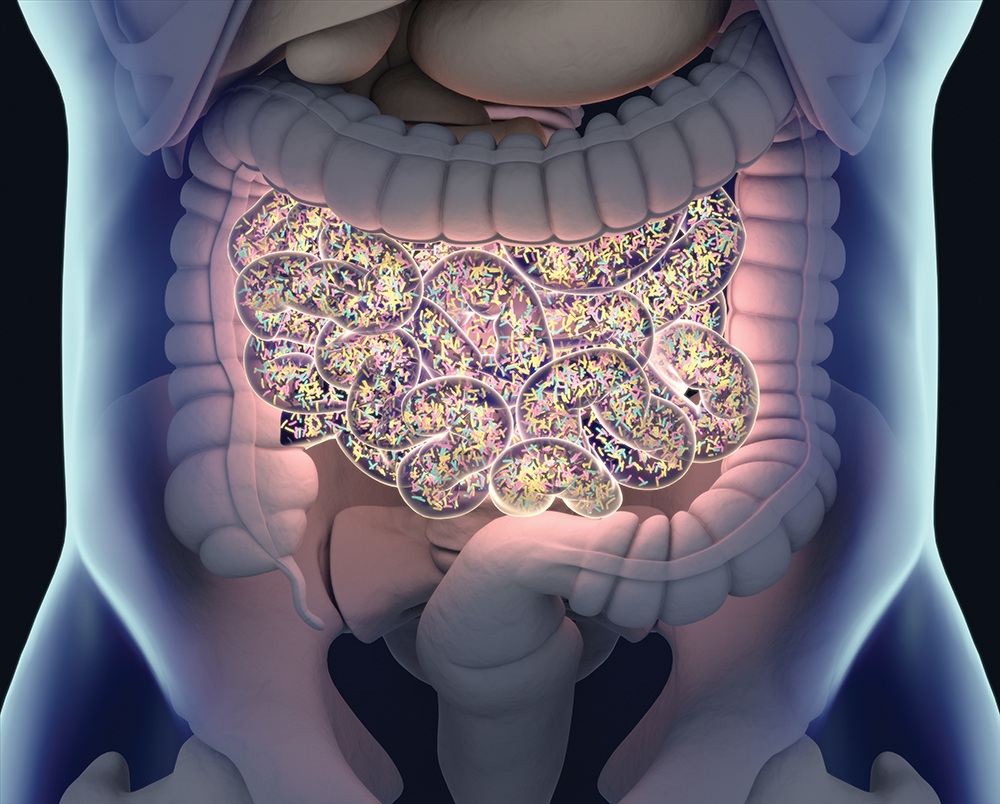 Moving Away from the ‘Parallel Separate Approach’

In conclusion, the work of Dr Fiocchi represents a significant departure from the ‘parallel separate approach’ to IBD research. In this approach, the potential causes of disease have been treated as isolated entities by researchers operating in their own field of expertise in their study of a sole contributing factor. Although knowledge and expertise grow in these fields of research, they continue to run parallel to one another and the potential connections between them remain elusive.

Dr Fiocchi has pioneered a new approach to the study of IBD by conceptualising the IBD interactome in which all the potential causes of IBD and associated fields of research are brought together into one entity. This integrated and convergent approach will ensure that as knowledge increases, the connections between fields become apparent, thus addressing the inherent complexity of IBD diseases. Future research into the IBD interactome will be facilitated by a systems biology methodology and powerful bioinformatics tools that will analyse and construct meaning from the large bodies of data. This holistic and integrated approach to studying IBD holds considerable promise for the development of much-needed treatments for IBD. 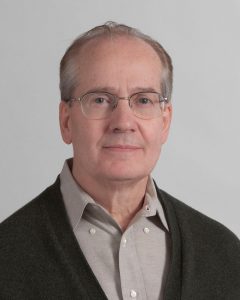 Dr Claudio Fiocchi received his M.D. from the Santa Casa de Misericordia de São Paulo School of Medicine, São Paulo, Brazil in 1969. Between 1970 and 1980, Dr Fiocchi undertook further training in internal medicine, immunology, and gastroenterology and has since held several staff positions and prestigious professorships at the Cleveland Clinic and Case Western Reserve University, USA. Having published prolifically on inflammatory bowel disease, Dr Fiocchi has been an invited speaker at many international conferences and served on a number of grant and journal review boards. As a result of Dr Fiocchi’s longstanding commitment to research and education in the field of inflammatory bowel diseases, he has received numerous accolades, including the MERIT Award, National Institutes of Health, USA (1999), the Honorary Foreign Membership, Brazilian National Academy of Medicine (2010), the Henry Janowitz Lifetime Achievement Award from the Crohn’s & Colitis Foundation of America (2010), the International Herbert Falk Award, Falk Foundation, Germany (2013), and most recently, the Research Mentor Award from the American Gastroenterological Association (2018).