Dr David Eaton is a geoscientist interested in the impact of human industrial activities on geological phenomena. His research has focused on better understanding geomechanical deformations and resulting microseismic events that are stimulated by hydraulic fracturing operations.

What is your research background and how did it lead you to become interested in studying microseismic events, particularly in western Canada?

My research background has shifted over the years, starting with my PhD in the area of exploration seismology, moving into crustal seismology and then research focused on intraplate earthquakes. I came to the University of Calgary in 2007 in the role of Head of the Department of Geoscience; at that time I started to contemplate areas of research that would be relevant to the oil and gas industry that would also leverage my past experience. Microseismic methods were emerging then as a very important monitoring technology for evaluating completion design as well as to assure minimal environmental impact of hydraulic fracturing.

As the name suggests, the scale, amplitude and duration of microseismic events are substantially less than earthquakescale seismic events, although in many other respects they are equivalent physical phenomena. The vast majority of microseismic events observed during hydraulic fracturing occur in the magnitude range from -3 to 0, too tiny to be felt. This magnitude range implies sub-millimetre slip, on fracture surfaces that measure up to a few metres in spatial extent. In addition, the duration of microseismic events is typically a few tenths of a second. By comparison, ground shaking from earthquakes can last for more than a minute, and an earthquake can generate up to metres of slip on faults that extend for hundreds or thousands of kilometers. 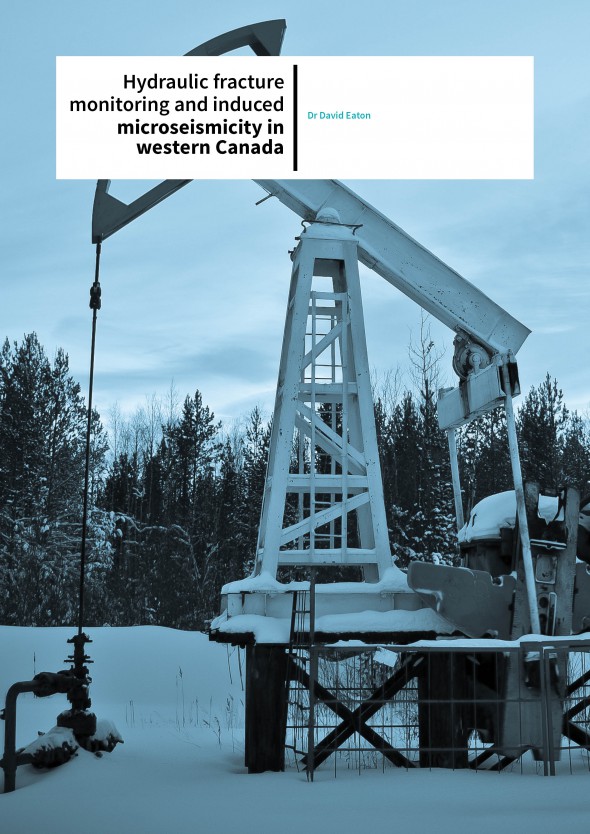 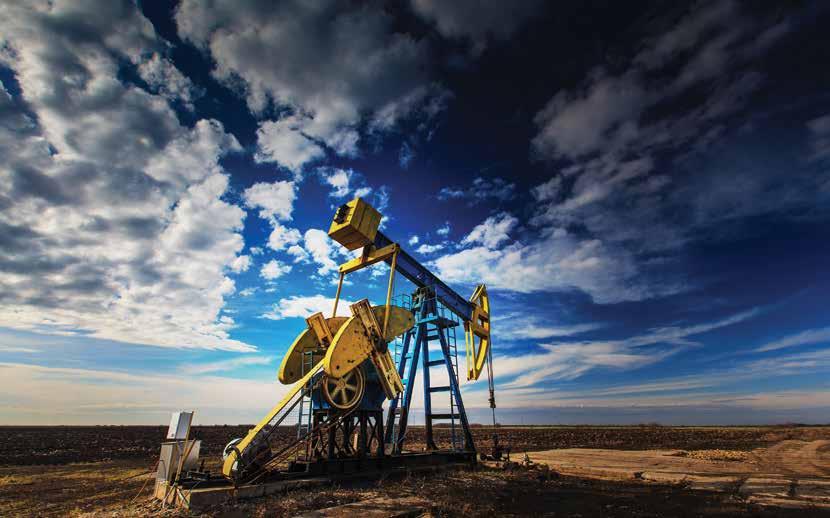 There are several approaches used for microseismic monitoring of hydraulic fracturing operations. In some cases, groundmotion sensors (geophones) are installed in a nearby wellbore in order to place them as close as possible to the treatment zone. In other cases, a large number of geophones are placed on the surface within an area that extends a few km away from the treatment well. Other types of sensors, such as seismometers developed for earthquake monitoring, are being increasingly used to improve the capability of monitoring systems.

How applicable is the information you stand to gain through monitoring in western Canada to other areas of N. America and the rest of the world?

Microseismic techniques and underlying principles for hydraulic fracture monitoring that have been developed in western Canada are generally applicable throughout the world. However, there are a multitude of site-specific geotechnical factors, such as the magnitude and directionality of stresses in the subsurface as well as details of how different rock types respond to stress, that make every location unique. 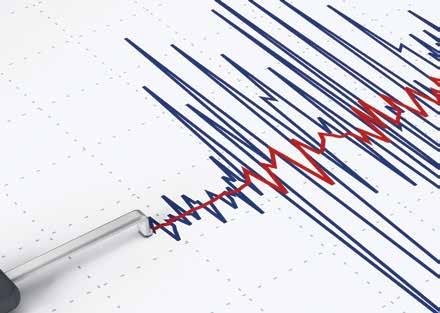 What is the next step in correlating your research on induced microseismicity from hydraulic fracturing to potential environmental concerns such as leakage of natural gas and other contaminants?

Apart from induced seismicity, recognised environmental risks of shale gas development include fugitive emissions of greenhouse gases such as methane and the potential for contamination of groundwater by methane or drilling or fracturing fluids. While the focus of my research is on microseismic monitoring and induced seismicity, I am working closely with other researchers whose expertise enables them to contribute to a better understanding of these other potential environmental issues. These concerns may be linked – for example, damage to a wellbore from an induced earthquake could potentially result in higher levels of fugitive gas emissions due to diminished effectiveness of cement bonding of casings. More research is needed to understand these cross-linked issues.

Your research seems very multidisciplinary in nature. Are you working with other researchers/ industrial partners to meet the goals of your research? If so, what is their contribution?

A multi-disciplinary approach is needed to drive innovation in microseismic monitoring and induced seismicity research. Within the Hydraulic Fracturing Innovation Initiative at the University of Calgary, I am currently working closely with reservoir engineers, hydrogeologists, sedimentologists, structural geologists, geochemists, geomechanics experts, computer scientists, economists, political scientists and legal experts. All of these disciplines are required to contribute to a holistic understanding of the diverse issues involved. 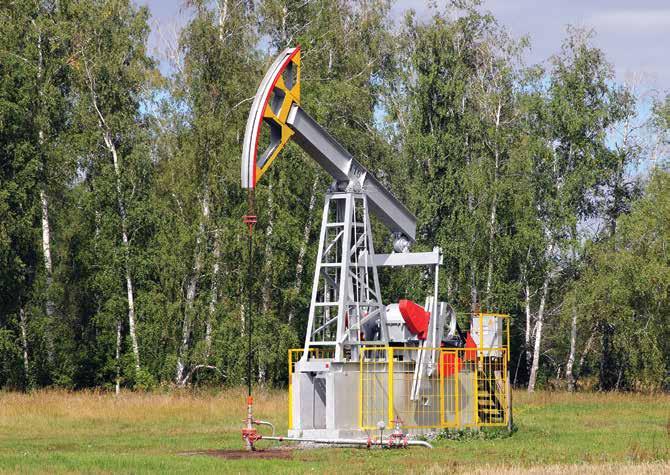 Microseismic activity (small tremors) may be stimulated by hydraulic fracturing. Dr David Eaton and his research team seek to improve monitoring and data interpretation from hydraulic fracture sites, in order to better understand the driving forces behind microseismic activity and improve predictions of larger induced events and their consequences.

While hydraulic fracturing has been used commercially for over 60 years to extract hydrocarbons from deep wells, it became increasingly common in the late 20th century when improvements in technology made unconventional hydrocarbon reservoirs more accessible. With the development of horizontal well drilling technologies, hydrocarbon-bearing shale formations, among other unconventional, low permeability reservoirs, became economic sources of natural gas. Since the early 21st century, the number of hydraulic fracturing operations has increased globally.

Oil and gas exports account for nearly 20% of Canada’s annual export revenue. Of Canada’s crude oil reserves, the majority are hosted in either oil sands formations or other unconventional reservoirs that require hydraulic fracturing stimulation for efficient extraction. While hydraulic fracturing has been used in Alberta since the late 1970s, the method has recently become widely used in the development of the Cardium, Duvernay, Montney and Viking Formations in Alberta, and the Montney and Horn River Formations in British Columbia, among others. Due to the relatively high development costs and the significant drop in crude oil prices over the past 2 years, improvements in cost-efficiency will have a profound effect on extraction of these resources. In addition to economic factors, hydraulic fracturing operations have been the subject of much scrutiny due to environmental concerns such as fugitive emissions of greenhouse gases like methane, the potential for contamination of groundwater with drilling and fracturing fluids, and the potential for induced earthquakes.

Microseismic monitoring may be pivotal in the future of hydraulic fracturing operations. Through monitoring, it may be possible to optimize the hydraulic fracturing processes to reduce cost and improve recovery, and predict and manage associated environmental risks. According to Dr Eaton: ‘Microseismic data have been used to assess the effectiveness of well completions, including the volume of a reservoir formation that is stimulated during a hydraulic fracturing treatment and the extent of the fracture network that may contribute to hydrocarbon production.’ However, the ability to perform realistic computer simulations of microseismicity and induced seismicity from specific planned hydraulic fracturing operations is diminished due to a lack of data on complex natural rock systems as well as a validated predictive framework. In the absence of quantitative models to predict induced seismicity, it is difficult to assess its significance or plan appropriate strategies to mitigate risk. A major focus of Dr Eaton’s research is to use innovative ways to improve data collection from monitoring systems and to improve and validate predictive models, with the ultimate goals of improving recovery and determining potential economic and environmental risks of planned hydraulic fracturing operations.

Downhole data acquisition is a commonly used configuration for obtaining microseismic data. However, as a consequence of the close proximity of sensors to treatment zones, downhole monitoring can suffer from limited observational aperture. In a recent article, ‘Enhanced downhole microseismic processing using matched filtering analysis (MFA)’ published in First Break (vol. 33, pp 49-55), Dr Eaton and his colleague, Dr Enrico Caffagni, introduce a new method to detect and locate microseismic events and analyse microseismicity from downhole data recording geometries, overcoming some of the limitations associated with the limited observational apertures and traditional data processing methods. By employing such a technique, the detection, location and analysis of microseismic events that may have been missed or diminished by traditional processing techniques is possible. As an example of the utility of the improved data processing technique, Eaton and Caffagni apply the procedure to the hydraulic fracturing treatment of a tight sand reservoir in western Canada and show a nearly fourfold increase in the number of located events compared to using traditional data processing. These results serve to significantly improve event data recovery from microseismic catalogues and thus are expected to improve predictive capabilities of stimulated microseismicity from hydraulic fracturing operations.

As instruments were being developed in the 1930s that could record earthquake magnitudes, modern earthquake seismology pioneers, Beno Gutenberg and Charles Richter, described a pattern in the seismic data that related the number of earthquakes in a given area over a fixed period of time to the magnitude of those earthquakes. This relationship is well known as the Gutenberg-Richter (G-R) relation and has been widely used to describe both earthquakes and microseismic events.

Using microseismic catalogues from two different hydrocarbon reservoirs in Western Canada (Horn River Basin in north-east British Columbia and Hoadley gas field of central Alberta) and one site in the United States, Dr Eaton and his colleagues address the breakdown of the G-R relationship for hydraulic-fracturing induced microseisms in Geophysical Prospecting (vol. 62, pp 806-818). In this article they suggest that stratabound fracture networks, in which brittle failure processes tend to be constrained to lie within discrete layers, are responsible for the observed magnitude distributions. In another recent article (First Break, vol. 33, pp. 79-86), Dr Eaton and his colleague Dr Samira Maghsoudi provide a critical assessment of factors that may influence magnitude distributions from hydraulic fracturing processes and the detection of magnitude distributions using downhole monitoring configurations, in part to determine whether the scaling behaviour of critically stressed natural fault systems such as earthquakes can be applied to brittle failure processes from hydraulic fracturing of hydrocarbon reservoirs. They suggest that because of the distance-dependent detection of small magnitude events with downhole monitoring of hydraulic fracturing operations, using the G-R relationship may require careful reanalysis. Furthermore, they show that other microseismic attributes may be more informative than the G-R parameters for predictive reservoir studies. By leading us to a better understanding of the geomechanical mechanisms at play during stimulated microseismic events, the predictive capabilities for future planned hydraulic fracturing operations are greatly improved.

The value of industry-academia collaborations

Dr Eaton’s research focuses on improving detection methods and technologies and using microseismic catalogue data to formulate new models that challenge traditional approaches and ultimately lead to a deeper understanding of the geomechanical processes that occur during hydraulic fracture treatments. Through extensive collaborations across many disciplines, he aims to apply this improved understanding of induced microseismic activity to advance economic, geohazard and environmental hazard predictions from hydraulic fracture operations. His location at the University of Calgary and his established relationship with key partners from the public and private sectors places Dr Eaton at the frontier of microseismic monitoring research. While academic research in the field of microseismic monitoring can only be accomplished in close partnership with industry at hydraulic fracturing well sites, industrial partners are motivated to develop academic collaborations that enable fundamental scientific questions to be addressed. The University of Calgary is strategically located in Canada’s energy centre providing a unique opportunity to become a leader in energy research. 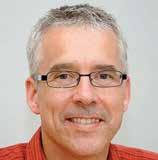