Is it possible for computational modelling to become sufficiently accurate as to replace experiments? This is one of the many questions that Dr Kirk Peterson and his team at Washington State University are working towards answering. As a world-leader in developing Gaussian basis sets for creating increasingly accurate models for the heaviest elements in the Periodic Table, Dr Peterson and his colleagues are finding new approaches for understanding the chemistry and properties of some of the most exotic elements.

What Is In Silico Chemistry?

In recent years, computational modelling has become a commonplace technique for trying to understand the intricacies of chemical reactions. Recent advances in experimental laser technologies are approaching the stage where it is possible to make a full ‘molecular movie’ of a chemical reaction, where information on the positions of all the atoms at all points during the reaction can be obtained. However, this is far from a mature technology. This means that a complete understanding of chemical reaction mechanisms is often only possible through computationally modelling the system of interest.

Computational chemistry is now routinely used for drug design, spectroscopy and solar energy devices, in addition to countless other applications. Through such calculations, it is possible to work out whether a particular reaction is chemically feasible, or how a molecule will interact with light, investigating whether or not it will make a good candidate for use in solar cells. However, the key problem in the field of computational modelling is that it is challenging to create models that are truly ‘chemically accurate’ – not only reproducing what has been experimentally observed, but also being reliable when used on systems where such experimental data is unavailable.

‘We use the methods of quantum mechanics to predict and interpret fundamental properties of molecules, such as their geometric structures and internal motions such as vibrations, as well as the energetics of the chemical reactions they may be involved in.’ 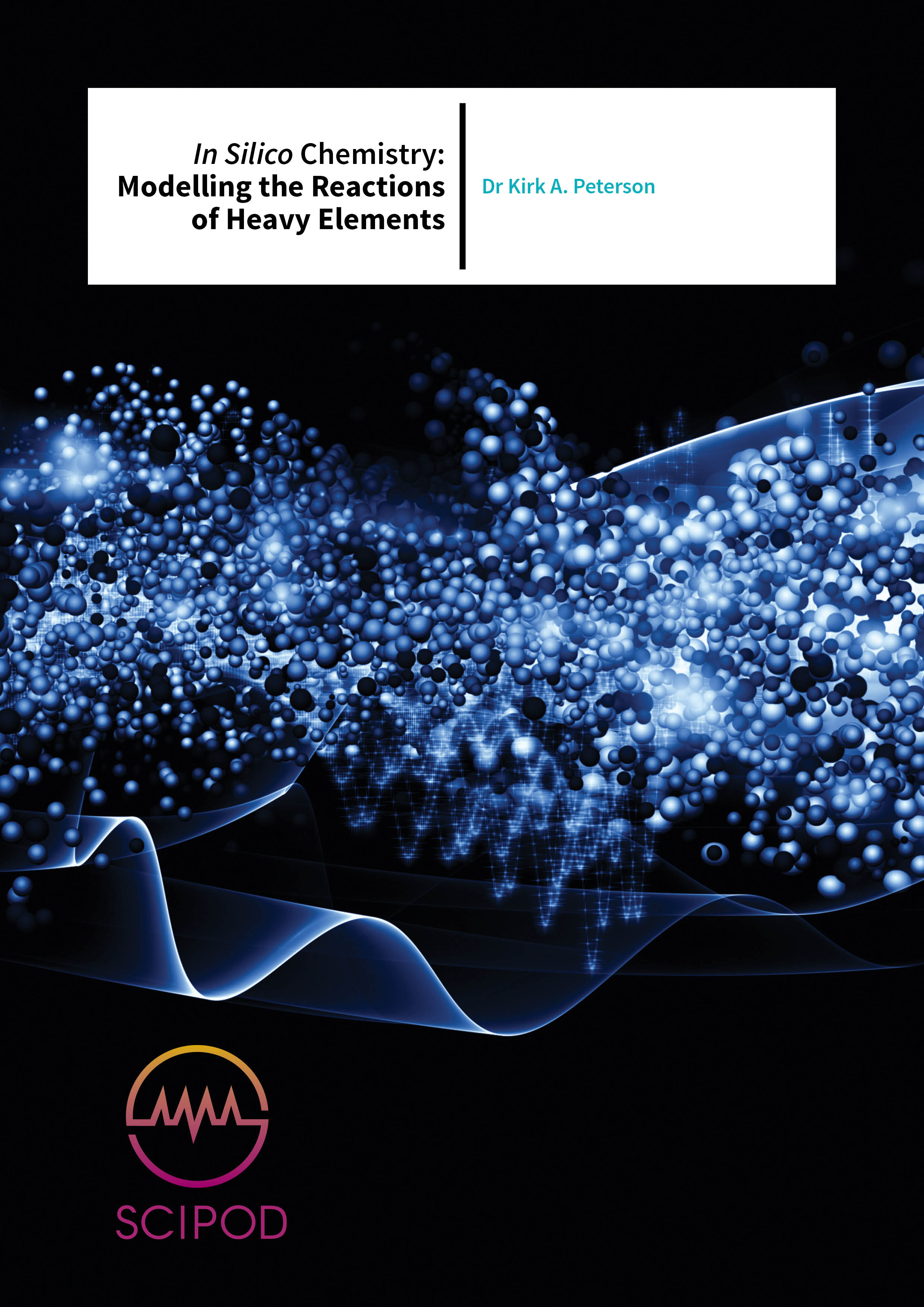 Improving the accuracy and versatility of computational models is one of the current challenges that Dr Kirk Peterson and his team at Washington State University are currently addressing. ‘We aim for an accuracy that is useful to researchers carrying out sophisticated experiments, or even to supplant experiment in those cases were the experiments are too difficult or dangerous,’ says Dr Peterson. 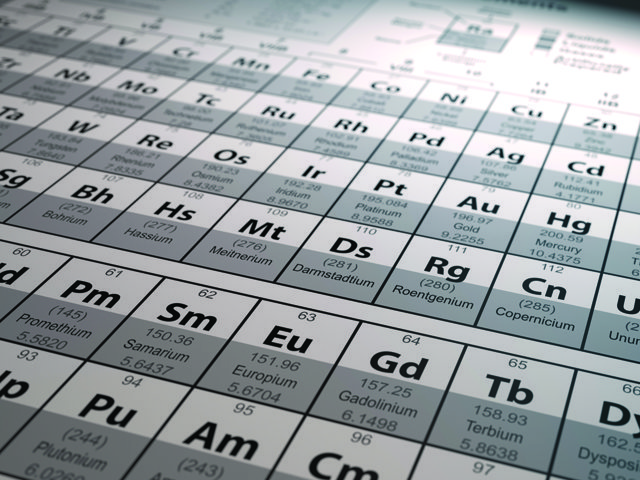 Atoms are made up of protons, neutrons and electrons. However, for the goal of calculating the chemistry of elements throughout the Periodic Table, it is the behaviour and the organisation of only the electrons that govern the majority of their properties related to chemical reactivity. Due to the small size of electrons, they need to be modelled using quantum mechanics and in particular, with the Schrödinger equation. This equation offers a means of describing the electrons in terms of an associated ‘wavefunction’ – or its wave-like character – which is the necessary ingredient for calculating experimental observables such as thermodynamic or spectroscopic properties.

Unfortunately, the Schrödinger equation can only be solved perfectly for a system with one electron – that is, the hydrogen atom – so for calculations involving larger atoms, or even molecules, approximate solutions are required. Finding methods to generate approximate but accurate descriptions of molecules remains a big challenge, and this is why the work of Dr Peterson and his team is so important.

Dr Peterson and his group specialise in the development of ‘basis sets’. A basis set is a mathematical description of the electrons in an atom or molecule (or, more specifically, the wavefunction), which can be used in conjunction with a particular computational method of solving the Schrödinger equation to calculate various molecular properties, such as the strength of a chemical bond.

Each basis set is made up of a collection of different ‘basis functions’ – each contributing to a specific property of the atom or molecule. The challenge with designing basis sets is knowing what kind of these basis functions to use, and how many of them need to be used, to describe the properties of the atom or molecule accurately. An ideal set of mathematical functions would account for the behaviour of the negatively charged electrons due to the influence of the positively charged nuclei across a full range of electron-nucleus distances. The basis set also needs to be computationally tractable so that it is possible to compute properties of interest on reasonable timescales.

The most commonly used approach is to describe each electron’s wavefunction using Gaussian functions, creating a Gaussian-type basis set, which Dr Peterson is an expert in. In the simplest description of a molecule, a single basis function is used for each electron or electron pair in the system. When calculating molecular properties, such as the geometrical arrangement of the atoms in the molecule, each basis function adds a certain amount of time to the calculation, so the more electrons a system has the heavier the computational cost.

The problem is that Gaussian functions do not perfectly describe the physics of the electrons in the system, and so-called ‘minimal’ basis sets, where each electron has one associated basis function, reproduce experimentally-observed chemistry very poorly. This is obviously highly undesirable for scientists such as Dr Peterson and his colleagues, who are looking to produce highly accurate chemical models that can be considered sufficiently reliable, even in the absence of experimental results. 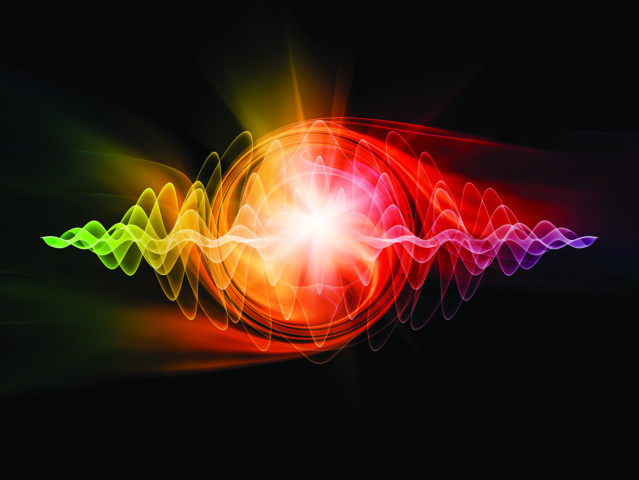 Bigger Is Not Always Better

While minimal basis sets generally do a poor job of describing chemical properties, the basis sets designed by Dr Peterson and others have several tricks to significantly increase the accuracy of the calculations performed with Gaussian functions. One approach is, rather than using a single basis function to describe each electron, multiple functions can be used instead. Scaling and adjustments can be applied to each Gaussian function to better model the behaviour of specific types of electrons, for example, electrons that are not very tightly bound to the nucleus. Different angular factors are also applied to these Gaussian functions in order to describe the varying shapes of orbitals in the atomic or molecular wavefunction.

While the temptation may be just to include large numbers of basis functions to improve the accuracy of the computational model, things are not so straightforward in reality. For systems with large numbers of electrons, like the heavy elements Dr Peterson is interested in, using large numbers of basis functions for each electron means the calculations would take too long. This means that to design efficient basis sets to treat the lanthanides and actinides – the heaviest elements that possess between 57 and 103 electrons, and occupy the bottom two rows of the Periodic Table – the electrons need to be categorised further. Here, a distinction can be made between the outer electrons, which are actually important for chemical processes and the so-called core electrons, which, being closer to the heavily charged nucleus, are only spectators in most chemical processes so do not need to be treated with the same level of accuracy.

In particular, Dr Peterson’s team’s approach involves developing and using a sequence of basis sets of increasing size, such that they systematically approach the limit of an infinite set. At this ‘complete basis set limit’, usually obtained by extrapolation, the resulting accuracy of approximate solutions of the Schrödinger equation can be more easily assessed, much like an experimentalist attempts to understand all the sources of uncertainty in their experiments.

Dr Peterson and his team have designed many basis sets that are specifically to be used on these heavy elements – in order to calculate chemical properties with high accuracy. These basis sets are now used worldwide by other scientists who are looking for ways to understand the chemistry of this unique region of the Periodic Table. 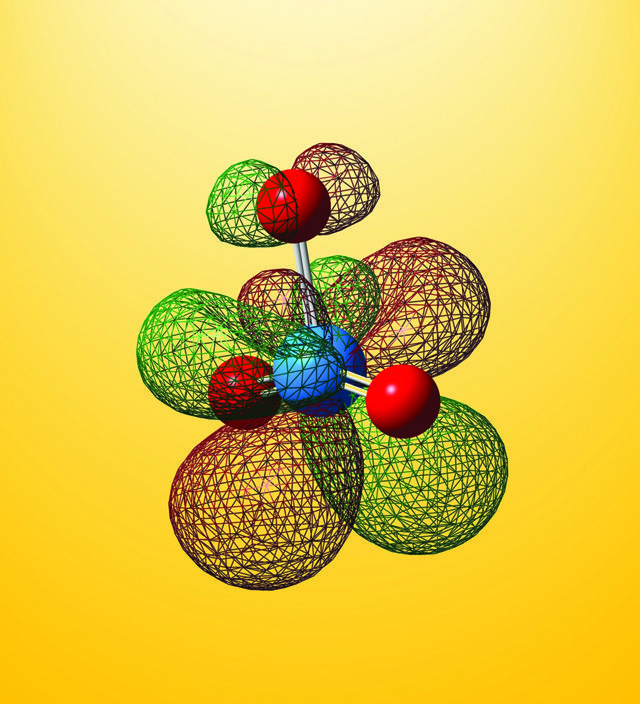 Finding ways to reduce the number of basis functions while retaining the accuracy of calculations is not the only challenge scientists come across when dealing with the heaviest of elements. For these elements, the greater number of protons in the nucleus mean there is a sufficiently large density of positive charges for the electrons to experience ‘relativistic effects’, where their speed is sufficiently large that they become heavier, causing them to move closer to the nucleus.

For the actinide elements, these relativistic effects are incredibly important, as the contraction of the innermost electrons can significantly change the strength of the interaction between the nucleus and electrons that are further away. Therefore, this can qualitatively affect the types of bonds and chemical compounds that can be formed compared to lighter elements.

Being able to model the chemistry of the actinide elements accurately is incredibly important, as experimentally creating and studying many of these complexes is very challenging. Many of them may only exist for very short periods of time and often under extreme conditions, such as very high temperatures. The computational cost and experimental challenges therefore mean that there are relatively few studies on the behaviour of these heavy elements.

Dr Peterson and his group are very interested in developing a more complete understanding of the trends in the Periodic Table. Elements in the same group, which appear in the same column of the Periodic Table, often have similarities in their chemical behaviour. By developing basis sets that are both computationally efficient enough to be used on large actinide systems, while including a description of the relativistic effects and other important physical phenomena, Dr Peterson and his group are now able to very accurately predict which actinide molecules are likely to form and which are not from their chemical properties.

Already, Dr Peterson and his team have been able to use these basis sets in conjunction with computational methods to describe the spectroscopy and chemical properties of many of the heaviest elements in the Periodic Table, with an unparalleled level of accuracy. ‘Over the last few years we have focused on the early actinide elements, for example, thorium and uranium,’ says Dr Peterson, and the basis sets that his team has developed can be widely used as general tools for the international computational chemistry community. Future work will involve refining the efficiency and accuracy of such basis sets, and the continuing increase in available computational power will make it possible to attempt even more ambitious calculations on the most interesting of chemical species. ‘We are now turning our attention to molecules containing heavier elements like plutonium (Pu), curium (Cm), and even to more exotic elements like californium (Cf) and lawrencium (Lr).’ 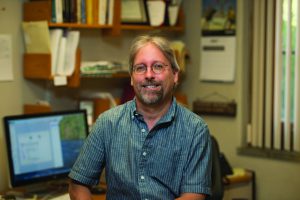 Dr Kirk Peterson received his PhD in Physical Chemistry from the University of Wisconsin-Madison in 1990, where his thesis research involved both experimental spectroscopy and quantum chemistry calculations. He subsequently carried out postdoctoral research at the Universität Bielefeld, Germany and then the Pacific Northwest National Laboratory (PNNL) in Richland. He joined the Washington State University faculty as an Assistant Professor of Chemistry in 1994 and held a joint appointment in the Environmental Molecular Sciences Laboratory located at PNNL until 2002. He has been at the Pullman campus of Washington State University since 2002 and was promoted to full Professor in 2004. He currently holds the position as a Edward R. Meyer Distinguished Professor of Chemistry.

Dr Peterson is one of the world’s leading researchers in the development of Gaussian basis sets for molecular calculations, as well as the accurate ab initio calculation of potential energy surfaces for applications in thermochemistry and spectroscopy. He has over 250 scholarly publications, including 16 book chapters and one textbook on quantum chemistry. Over the course of his career, he has achieved many awards, including the Washington State University College of Sciences Distinguished Faculty award and the Excellence in Graduate Teaching Award from the College of Arts and Sciences at Washington State University. He has been elected a Fellow of the American Physical Society, the American Chemical Society, and the American Association for the Advancement of Science.