Cancer researchers Dr Laura Gillespie and Dr Gary Paterno, along with their colleagues at the Terry Fox Cancer Research Laboratories at Memorial University in St. John’s, Newfoundland, dive down obscure molecular rabbit holes in pursuit of a deeper understanding of breast cancer. 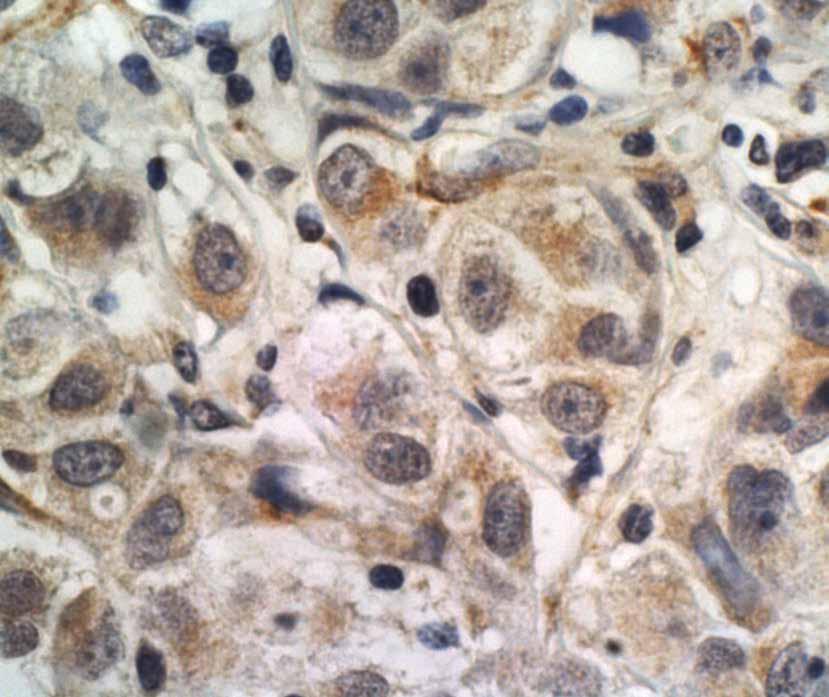 Chasing a common killer of women

Cancer, the group of diseases characterised by abnormal cell growth and possible spread to other parts of the body, is one of the most frightening of human diseases. Often perceived as a death sentence, cancer causes almost 15% of all human deaths. And breast cancer is one of the most common and notorious cancers, particularly in women.

No matter where you go, breast cancer is a major women’s health issue. It is logical, then, that scientists concentrate efforts to develop newer and more effective ways to diagnose, prevent and treat breast cancer. Today, this often leads to complex investigations deep into the molecular realm of the cell. After all, we think of cancer as a growth of cells that have somehow lost the usual cellular controls that normal cells have, such as the mechanisms that regulate growth, reproduction and specialisation. When cells somehow lose the molecular controls that limit growth or keep cellular functions in order, the cell becomes a cancer cell and may multiply without limit, invading normal tissue or metastasising to distant parts of the body. It is these obscure cellular mechanisms that Dr Laura Gillespie and Dr Gary Paterno are attempting to unravel, to solve the mysteries of why breast cells turn cancerous and how to prevent that transformation from occurring or fight it when it happens.

MIER1α– a new face in the cell regulatory line-up

Initially, the team focussed their research on the molecular mechanisms of cell growth, and the differentiation of these cells into various adult tissues and oncogenesis – cancer formation. ‘Our research has evolved over the years; as we make discoveries, we follow the results where they lead us,’ Dr Gillespie tells Scientia, ‘our initial research program was aimed at identifying genes that play a key role in developmental processes, knowing that often such genes become misregulated in cancer.’ They initially investigated the role of various cellular growth factors and the receptors to which those factors attached, since it was known that aberrant functioning of these molecules can contribute to cancer development. One of the approaches they took was to isolate and characterise genes that were the initial targets for growth factor molecules in the nucleus: the ‘immediate-early’ genes. Immediate-early genes are most likely to function as ‘master’ regulatory genes that control cellular function. Understanding how such genes work would not only enable the researchers to determine their role in growth and differentiation, but could contribute to the understanding of cancer development. This work led the pair to a relatively new regulatory molecule called Mesoderm Induction Early Response 1 (MIER1).

MIER1 exists in multiple forms with presumably distinct functions. Of interest to the issue of breast cancer is one particular form, MIER1α, that specifically interacts with a cellular receptor called oestrogen receptor alpha (ERα) and modulates its activities. This is important in breast cancers that are sensitive to oestrogen via of the presence of oestrogen receptors, molecules to which the oestrogen attaches to cause its effect. In fact, regulated overexpression of MIER1α in breast carcinoma cells was found to inhibit oestrogen stimulated growth. So it appeared that MIER1α was a regulatory molecule that interacted with cancer cells to inhibit the effect of the oestrogen making them grow. It was something exciting to concentrate on, especially in the fight against breast cancer. 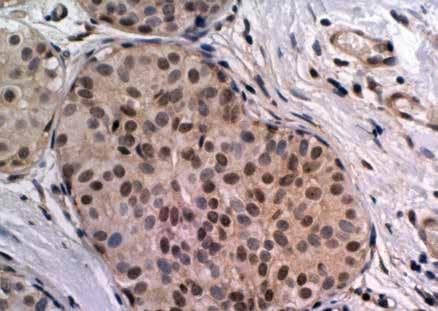 To explore this further, they looked at levels of MIER1α in normal breast tissue versus breast carcinoma, but they found no consistent difference in the MIER1α expression level between the two. However, there was a dramatic shift in the MIER1α localisation. ‘This analysis revealed a shift in subcellular localisation during breast cancer progression that was quite striking and very interesting’, says Dr Gillespie. Nuclear MIER1α was detectable in 75% of normal breast samples and in 77% of breast tissue hyperplasia (pre-cancer). But in breast carcinoma, only 51% of ductal carcinoma in situ (cancer that has not yet invasive), 25% of invasive lobular carcinoma and 4% of invasive ductal carcinoma contained nuclear MIER1α. This shift of MIER1α from a nuclear to a cytoplasmic location during breast cancer progression looked like the loss of MIER1α from the nucleus might be a contributing factor in the development of invasive breast carcinoma. They published these findings in the British Journal of Cancer in 2008.

That’s the What—now for the How

The next question to be answered was how MIER1α’s location in the cell is controlled. They first looked at how the molecule got into the nucleus. One obvious possibility was that MIER1α interacted with ERα to make this happen. However, they showed that nuclear targeting of MIER1α does not require ERα. After further study, they determined that MIER1α is actually transported into the nucleus by binding to other nuclear proteins, specifically HDAC1 and 2. The HDAC proteins are enzymes that play an important role in the regulation of gene expression. These interesting discoveries were published in the journal PLoS ONE in 2013.

More important to the development of cancer, however – if MIER1α got into the nucleus via HDAC, how did it not end up in the nucleus? After all, it was looking like the absence of MIER1α from the nucleus was associated with cancer progression. So Dr Gillespie, Dr Paterno and their students worked on this problem and found, in work only published last year, that treatment of breast carcinoma cells with either insulin or insulin-like growth factor 1 (IGF1) affected the subcellular localisation of MIER1α. Both factors reduced the percentage of cells with nuclear MIER1α from 81 and 89 to 41 and 56%, respectively. Conversely, treatment with oestrogen had no effect and MIER1α remained nuclear. Oestrogen did not affect the localisation of MIER1α, but insulin or IGF1 did. 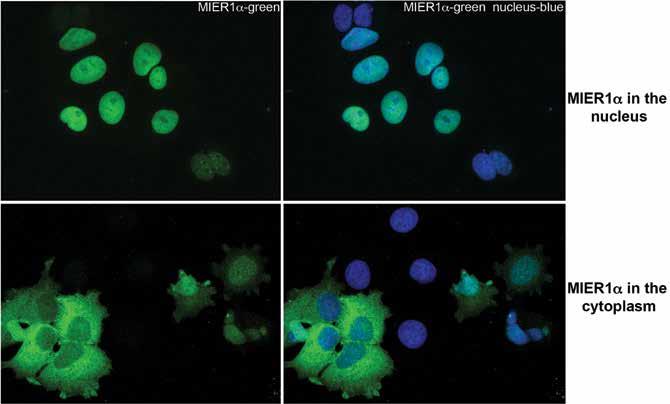 Where do they go from here?

Breast cancer is a heterogeneous disease of which 95% are carcinomas – the vast majority of these are invasive ductal carcinoma (IDC). The currently accepted hypothesis is that IDC results from progression through multiple stages, including atypical ductal hyperplasia (ADH), then DCIS, and culminating in the potentially lethal IDC. While this strictly linear model may be overly simplistic, there is a general consensus based on cellular and clinical information that DCIS is a non-obligate precursor lesion of invasive disease. This is supported by the results of several retrospective studies of the natural history of untreated cases of DCIS from the pre-mammographic era. And while outcomes for patients with pure DCIS are excellent (>98% survival rate), approximately 30% of patients who develop invasive breast carcinoma will die from their disease. So being able to predict which DCIS lesions will progress to IDC would be vital information for physicians to have. In spite of significant advancements in breast cancer research over the recent decades, the ability to predict progression to IDC for patients with DCIS remains limited. What is needed is a molecular marker or a system of molecular profiling that can be used alone or in combination with histopathologic features to accurately predict those patients who will progress to invasive carcinoma and those who will not. Defining such DCIS patient subsets would facilitate the selection of the most beneficial treatment for each subset. This would not only help prevent the development of IDC in at-risk patients, but it would also identify those who could be managed with less therapeutic intervention without sacrificing positive outcomes.

Several studies evaluating the potential of a number of cellular proteins as markers of progression have been published. While encouraging, all of the current markers lack accuracy and none of the studied proteins on their own serve as predictors of progression to invasive carcinoma. Dr Gillespie’s hypothesis is that MIER1α localisation is such a predictor, or at the very least, it may be an important component of such a classification system. After all, their research thus far suggests that MIER1α may function as a tumour suppressor, since its absence from the nucleus correlates with more progressive cancer.

So now, the team are expanding their investigation of the relationship between MIER1α subcellular localisation and progression of DCIS to invasive carcinoma by undertaking a retrospective study to determine the subcellular localisation (i.e. nuclear vs. non-nuclear) of MIER1α in DCIS samples from patients and correlate this with the subsequent development of IDC.

If their results establish a positive correlation between non-nuclear MIER1α in DCIS samples and invasive recurrence, the next step would be to determine if the predictive accuracy can be increased by combining MIER1α status with other known biomarkers identified by other research teams. Ultimately, they would undertake a larger, multi-centre study to confirm their results. If validated as a predictive marker, then anti-MIER1α antibodies could ultimately be employed in pathology labs for testing patient DCIS samples to determine if the specimen indicated a higher or lower chance of progression to more invasive disease. This would be extremely helpful, since a significant proportion of patients diagnosed with DCIS will experience a recurrence of their disease, usually 8–10 years later. In about half of these patients, the recurrence will be a deadlier IDC. The identification of predictive markers, such as MIER1α, for DCIS most likely to progress would be of tremendous importance for the health and well-being of these patients, enabling them to opt for a much more aggressive treatment in order to prevent the future development of invasive disease.

Dr Laura Gillespie received her B.Sc. and PhD in Biology from the University of Ottawa in Canada. Thereafter she did an MRC Post- Doctoral Fellowship in the Department of Biochemistry of McGill University and an MRC Centennial Fellowship with the Imperial Cancer Research Fund, Developmental Biology Unit, of the University of Oxford. In 1990, she joined Memorial University as an assistant professor and a founding member of the Terry Fox Cancer Research Laboratories and became a full professor in 1999. Since 1990 she has received numerous research grants, both as principal investigator and co-investigator, to study a variety of genes and their roles in the genesis of cancer. She is also an external reviewer for a number of international granting agencies and scientific journals.

Dr Gary David Paterno received his B.Sc. and M.Sc. in Zoology from the University of Toronto, Toronto, Canada. He then received his PhD in Biology from the University of Ottawa in Canada. He did postdoctoral training as an ICRF Scientist at the Developmental Biology Unit of the University of Oxford and was also an NCIC Postdoctoral Fellow at the Institut du Cancer in Montreal, Canada. In 1990, he joined Memorial University as an assistant professor and a founding member of the Terry Fox Cancer Research Laboratories and became a full professor in 2000. Since 2015 he has also been Associate Dean in the Division of BioMedical Sciences. He has received numerous research grants, both as principal investigator and co-investigator, to study various genetic characteristics of cancer and is also a reviewer for various scientific journals and granting agencies. 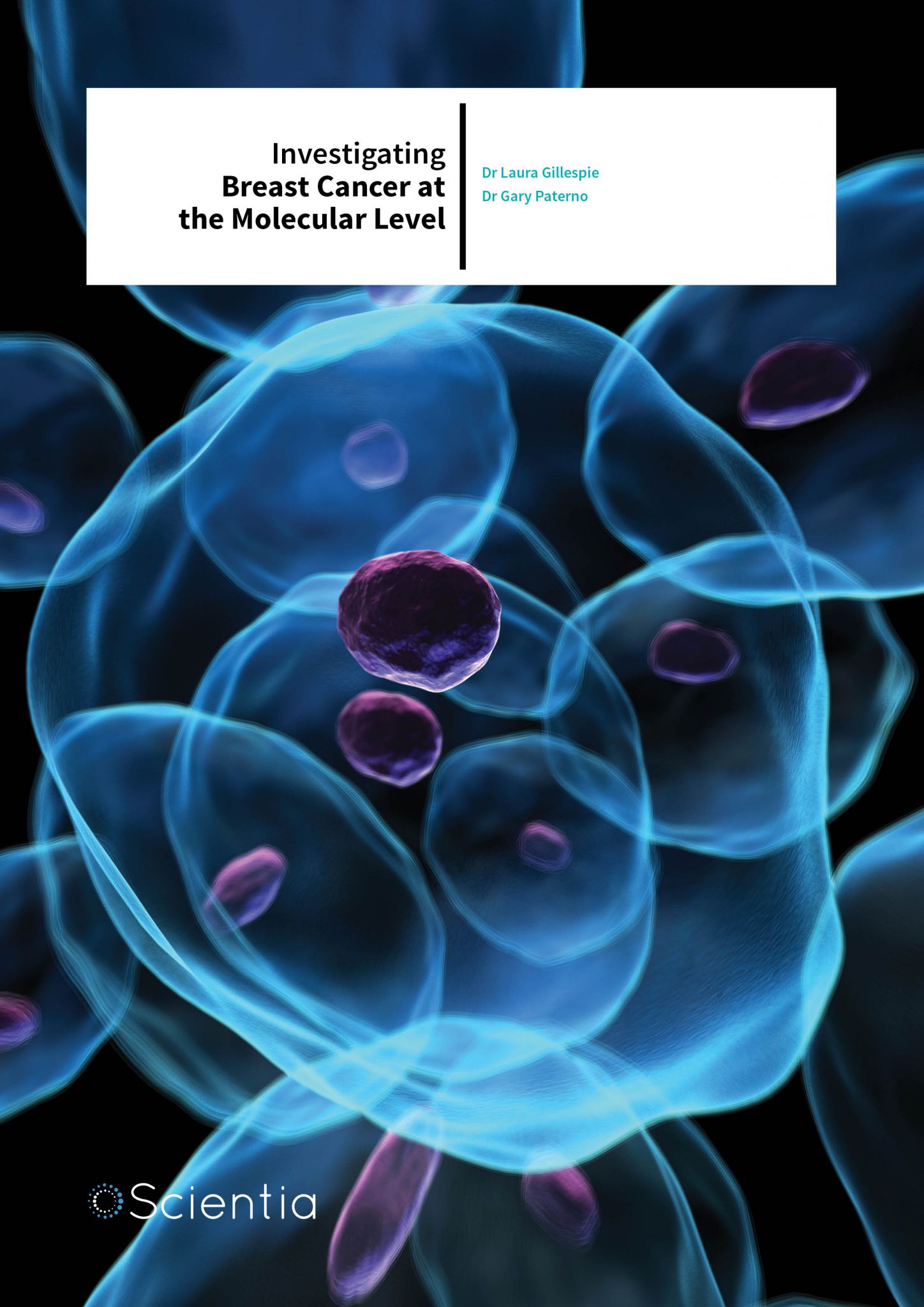