Over the last 30 years, there has been an explosion in the prevalence of food allergies in the Western world. What’s going on and what are the culprits for this epidemic? While genetics may not be blamed for the rapid increase in food allergies over such a short time, microbial deprivation in response to changes in our Western lifestyle may make our immune system overly sensitive to otherwise harmless foods. Research about to take place at the University of Bern led by Dr Mario Noti and his team is going to test whether alterations in gut commensal community structures associated with a Western diet are contributory factors for the observed rise in food allergies, and therefore, whether a cure could be developed by manipulating the body’s microbial population.

Food allergies are one of the epidemics of the modern world affecting up to 8% of children and adults. There is currently no cure, and for now, the best remedy for food allergies is avoiding high risk foods. However, as many food labels are confusing, finding hidden ingredients in food is not as easy as it should be. Thus, food allergies not only affect a patient’s quality of life, but also negatively impacts public healthcare organisations, such as the NHS in the UK, that have to meet the costs associated with a large and growing public health concern.

Food allergies are defined by an adverse immune response that occurs repeatedly following exposure to a given food and can manifest in symptoms ranging from itching, hives and diarrhoea to acute anaphylaxis accompanied by a life-threatening drop in blood pressure and airway constriction. As a result, individuals must avoid certain foods to guard against accidental exposures. What factors cause our immune system to react so sensitively to otherwise harmless food? It wasn’t long ago that genetics was used to explain everything that’s going wrong in our bodies. These days, we have started to realise that environmental changes have a huge impact on host physiology. ‘Although genetic predisposition is a significant risk factor for developing allergic inflammation, the skyrocketing increase in food allergies over the last three decades suggests that genetics are not solely to blame for the observed phenomenon,’ Dr Noti explains. In the past, a number of different ideas and theories have been forwarded by experts, including pollution, genetically modified food, synthetic chemicals in personal care products, changes in diet, antibiotics or a decline in gut microbial complexity and diversity. Whatever the reasons are for the food allergy pandemic, it falls upon us to come up with new intervention strategies to target this debilitating disease.

The Little Friends That Call Us Home…

The human body is an ecosystem in its own right. It is host to trillions of microorganisms that live in peace and harmony with us in a co-evolved mutualistic relationship. These intimate friends regulate numerous aspects of normal host physiology and pathophysiology. Although there’s a long list of suspects that may fuel the emergence of disorders associated with a Western lifestyle (i.e. autoimmunity, allergies), changes in the composition, richness and balance of the gut microbiota have become one prominent candidate in recent years, says Dr Noti. 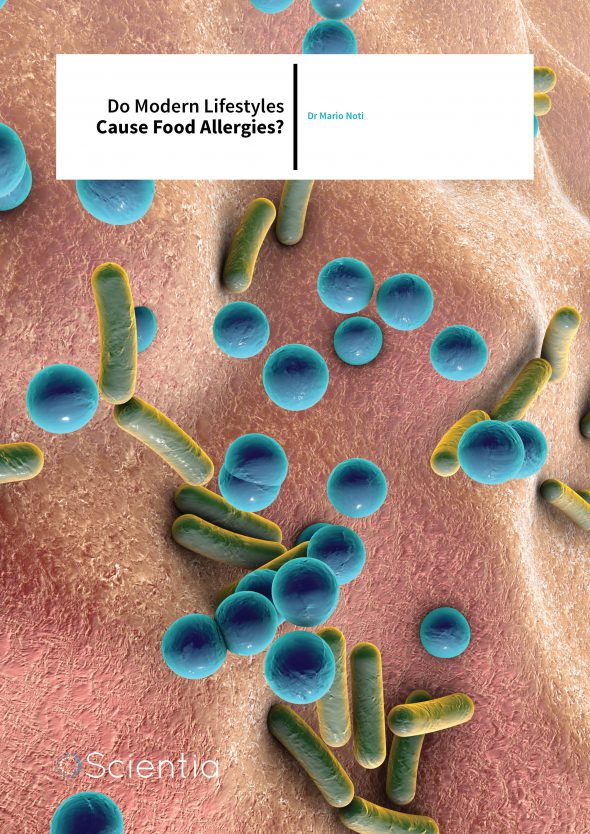 ‘We will investigate how changes in the bacterial community structure affect the pathogenesis of food-induced allergic inflammation, and whether engraftment of selected microbial communities into germ-free mice alters the susceptibility to food allergies’ 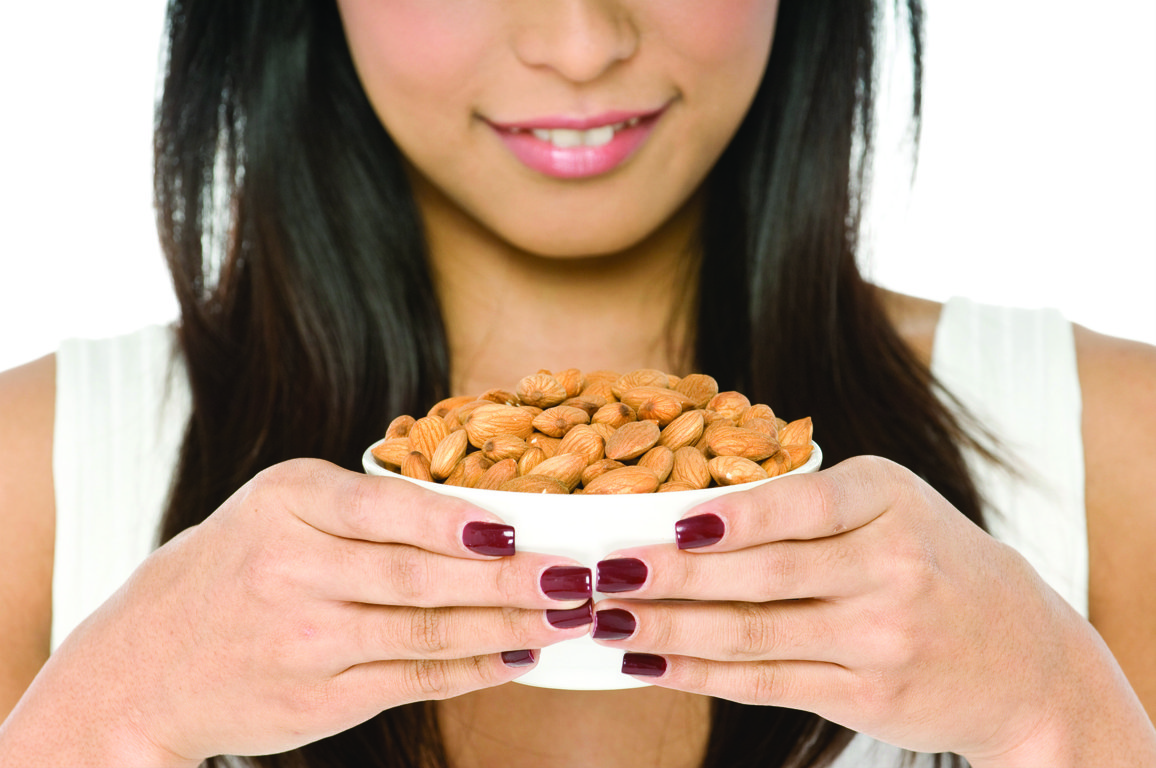 For the 200,000 or so years that Homo Sapiens have been around, we have been exposed to a wide variety of bacteria that impact the body in many ways. There have been pandemics such as (bacterial) cholera and (viral) smallpox that we have naturally sought to eradicate to prolong our lifespans through medicine. As a result, in Western countries, our lifestyles have changed markedly over the last 150 years as medicine and public health has found ways of preventing infectious disease outbreaks from killing and disabling millions of people. However, such radical changes in our lifestyles have taken their toll on the beneficial symbiosis with our bodies’ microorganisms.

Modern living has a wide-ranging impact on modulating the composition and metabolic activity of the gut microbiota, which in turn can impact health. Through evolution, our body has adapted to consume a variety of fruits, pulses, vegetables and much less meat and sugar than is in the Western diet, and this has led to a dramatic change in the makeup of the ecosystems within our bodies. In short, as we have learned new ways of stopping outbreaks of infectious diseases through modern medicine and improvement in sanitary installations, the human immune system hasn’t adapted at the same pace as it’s biome shaped by our modern lifestyles. Thus, we may have developed the allergy pandemic as a result.

To put it simply, would a better understanding of the host-microbial handshake be the key for the development of new cures to treat the observed prevalence of various disorders in the West? The emergence of new technologies has allowed us to have an intimate look at our little friends in health and disease. Loss of diversity or expansion of the ‘wrong’ bugs is a hallmark of many chronic and infectious diseases. However, whether dysbiosis (remodelling of the composition of our internal friends) is a consequence of a changing environment or the cause behind certain disorders is not well understood.

Striking evidence for causality comes from recent animal studies. Feeding the hostmicrobiota superorganism a Western diet – a mix of foods that are high in fat, high in simple carbohydrates, and low in fibres – not only results in weight gain and metabolic disease in the host, but in vast changes in the gut microbial community structure. What’s more, lean mice transplanted with the gut microbiota of obese donors gain weight and vice versa. Another example highlighting the importance for keeping up gut microbial diversity comes from clinics where faecal transplantation – an emerging procedure involving the transfer of a healthy person’s microbiota into a sick person’s gut – is an efficient therapeutic approach to treat an antibiotic-resistant intestinal pathogen named Clostridium difficile that causes thousands of deaths a year. This treatment sounds appalling, but seems to work by restoring gut microbial complexity and to fight of C. difficile.

Breaking-up with Our Intimate Friends: A Betrayal with Consequences?

People live very different lifestyles to one another, eating different foods and experiencing different environmental exposures. Put simply, a clean-living vegan who spends much of their time gardening will have a very different makeup of microorganisms in their system to an overweight hamburger loving cosmopolitan office worker. Between these two extremes there is a huge variety of lifestyles that people choose.

There is increasing evidence that the alarming increase in food allergies in the Western world may be due to a disruption in the ancient relationship between us and our old friends – the commensal microbes that co-evolved with us for thousands of years. In short, our Western lifestyle has confined the natural complexity and diversity of germs needed for a proper maturation of our immune system that has become overly sensitive to otherwise harmless food. Changes in dietary habits are major contributory factors that shape the landscape of our gut microbiome. In many ways, the commensal flora is like a sparring partner in boxing, as it educates our immune system how to fire against invading pathogens, but stay relaxed upon encounter with harmless antigens such as food. However, our radical change in the diet (e.g. addiction to junk food) associated with the lifestyle in the West seems to take its toll on our bodies intimate friends that fail to control our army inside. As Dr Noti explains: ‘Understanding the mechanisms by which microbial communities or microbial-derived signals regulate type-2 immune responses will help in developing new therapeutic approaches to modulate allergic inflammation.’ 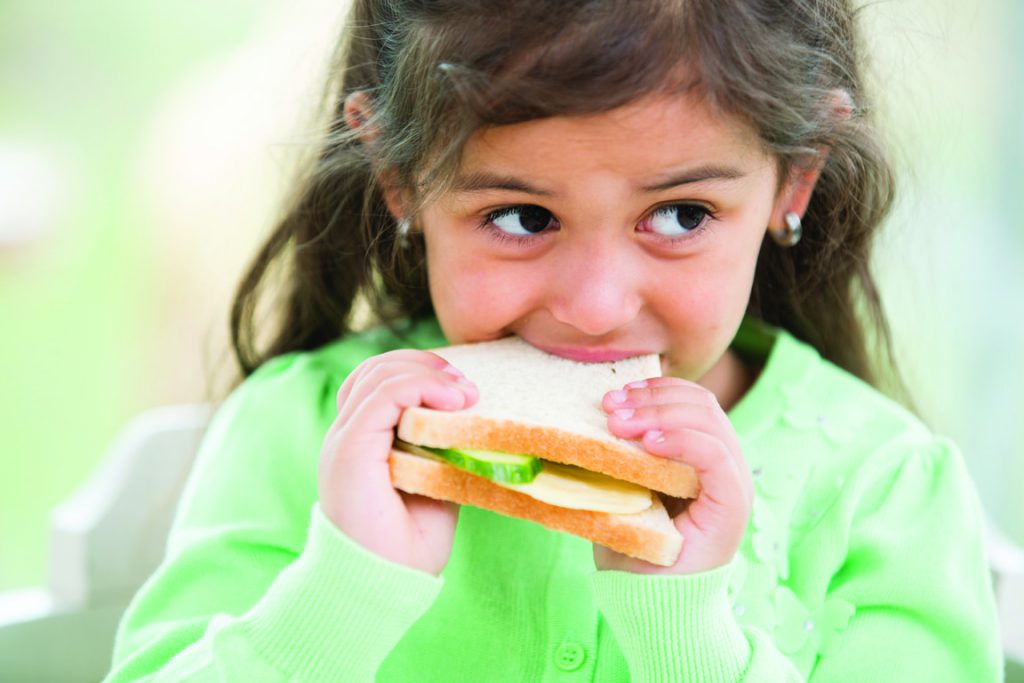 One of Dr Noti’s approaches will be to use germ-free mice that are born and raised in sterile plastic isolators. These animals have no microorganisms in their bodies whatsoever, including those that aid digestion in the gut. By using these mice, Dr Noti’s team will perform a series of experiments to assess a potential role of the microbiota in the pathogenesis of food allergies. ‘We already know, that germ-free mice harbouring no bacteria are more susceptible to food allergies compared to mice with a complex microbiota. Similar findings have been made in mice with a compromised microbiota due to exposure to antibiotics. These studies tell us that the microbiota is intimately involved in the regulation of type-2 immune responses that trigger allergic inflammation,’ says Dr. Noti.

The considerable inter-individual variation in gut microbiome species in humans has been demonstrated in large scale projects such as the Human Microbiome Project. These studies have highlighted a huge variability in the gut microbial community in healthy individuals, with non-identical twins sharing less than 50% of their core microbiome. Such a large variability in the bacterial community under healthy conditions within close relatives makes it difficult to correlate changes in the microbiota with disease states.

In collaboration with the Children’s Hospital of Philadelphia, Dr Noti’s team isolated bacteria from faeces of identical paediatric twins, one allergic, the other healthy. ‘This is a truly unique sample that allows us not only to rule out genetics but also significant changes in the composition of the microbiota due to different diets, as these kids are living in the same household and eat similar meals. Using these samples, we will perform faecal transplants into germ-free mice and assess whether mice receiving the microbiota of the allergic donor are more susceptible to food allergies as mice harbouring the “bugs” of the healthy twin,’ says Dr Noti.

To study the above discussed role of the Western diet on the hostmicrobiota superorganism, current research in the Noti-lab is testing whether feeding mice a Western diet rich in fat and sugar alters the body’s immune response to react against harmless food. Knowing that a Western diet alters not only the gut’s microbial community structure but also its barrier function, it is likely that mice fed a high fat/high sugar diet will be more prone to food allergen sensitisation and the development of food allergies compared to animals fed a normal diet. ‘Similar to our other approaches, we are currently testing whether colonisation of germ-free mice with the microbiota of mice fed a Western diet alters their susceptibility to become food allergic,’ says Maryam Hussain, a PhD student in Dr Noti’s team.

Together, Dr Noti and his team hope that by adjusting mice’s diets and the microorganism populations in their intestines, food allergy can be significantly reduced. If this is the case, further experiments will take place ultimately to assess whether these changes could help to stop the food allergy pandemic across the Western world. 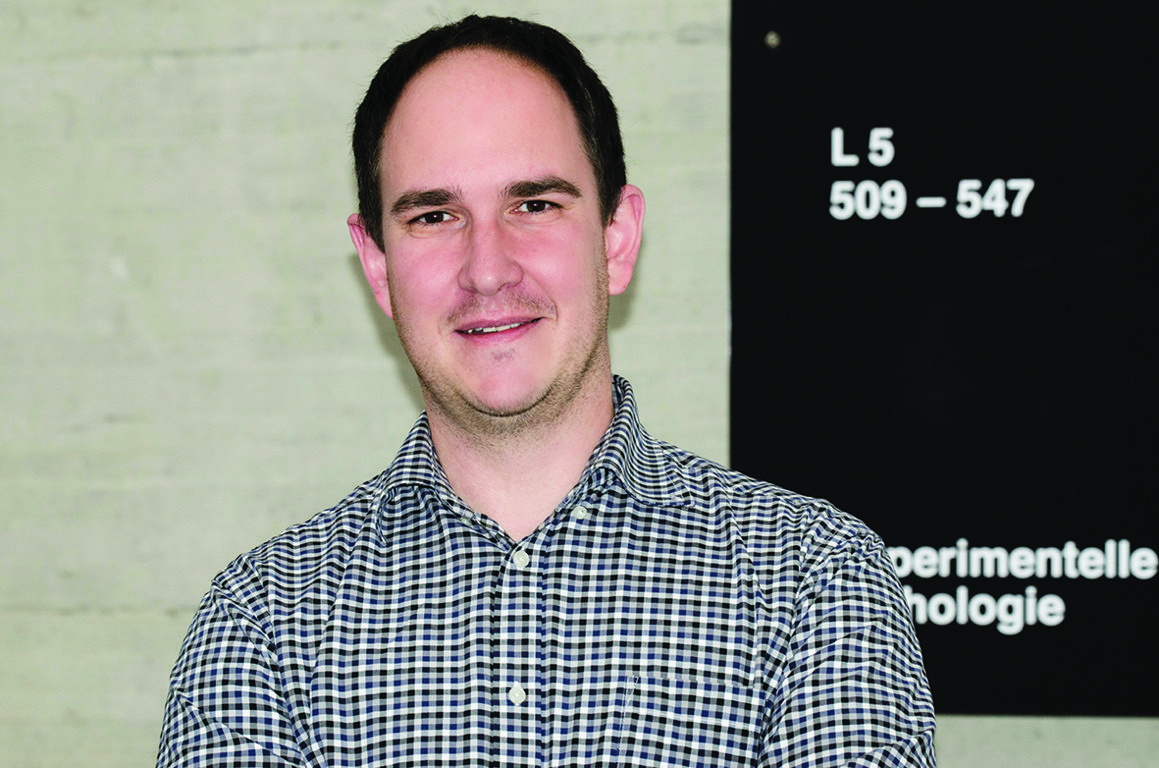 Dr Mario Noti received his BSc and PhD in immunology and microbiology at the University of Bern, Switzerland. It was here that he also carried out his first postdoctoral training in immunology, followed by work at the Perelman School of Medicine at the University of Pennsylvania, Philadelphia, USA. He then returned to the University of Bern where he now holds his current post, as a research group leader at the Institute of Pathology. In addition to research, Dr Noti is an active member of the Swiss Society of Allergy and Immunology (SGAI), Junior Member of the European Academy of Allergy and Clinical Immunology (EAACI), and a COST Member Improving Allergy Risk Assessment Strategy for new food proteins (ImpARAS).