Dr Saniya LeBlanc – A Holistic Approach to the Energy Crisis

Energy surrounds us in everything that we do – it’s in the sunlight that lights our world, it’s in the Earth beneath our feet, and it radiates from our own bodies. Yet we are currently facing an energy crisis like no other. New technologies are needed to push past this challenge, and researchers like Dr Saniya LeBlanc and her team at The George Washington University are helping to get us there.

Over the past few decades, population growth and industrial development have both contributed to an increased demand for energy worldwide. As this demand continues to rise, the limited natural resources that we use to power our societies are rapidly diminishing.

In fact, we still use oil, coal and gas for the vast majority of our current energy requirements – all of which are in limited supply. We need to find ways to use energy much more efficiently to ensure that our needs can continue to be fulfilled into the future.

The energy that we use in our daily lives comes in many guises – in the form of electricity, energy powers our devices, while energy in the form of heat cooks our food and heats up our homes. We also use energy in order to drive our car to work. But in many of these processes, from charging an iPad to driving a car, energy is wasted as heat. 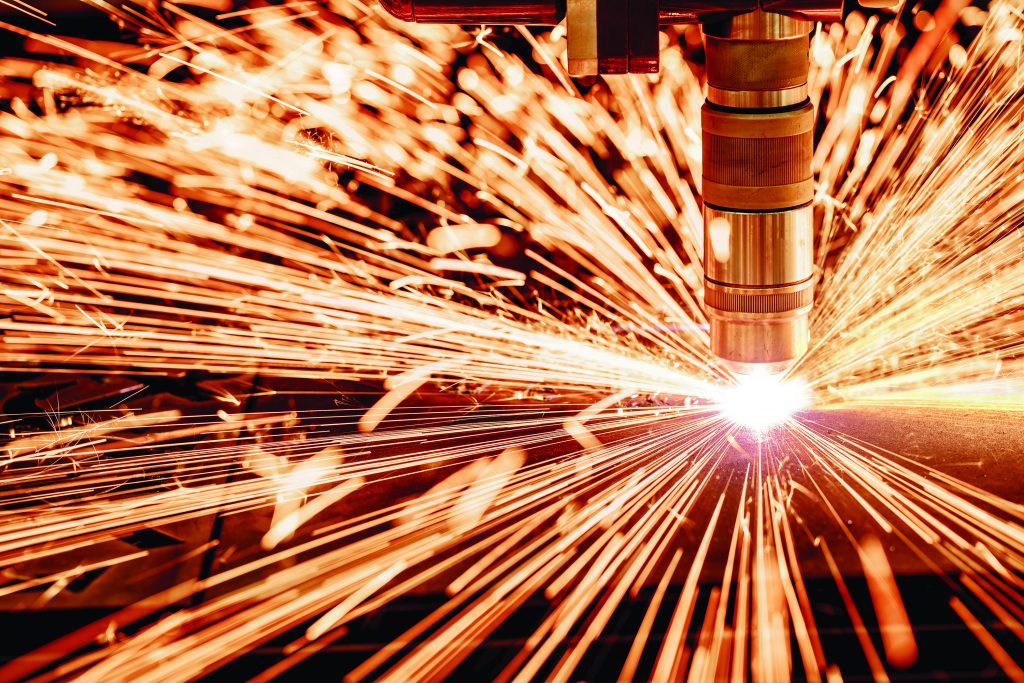 Indeed, laptops, PCs and tablets constantly give off wasted heat when operating, as do much larger machines such as those involved in manufacturing chemicals, making glass and refining oil. Typically, we ignore this excess heat, or employ technology to remove it from the system that produces it. In fact, we spend billions of dollars each year on trying to cool our computers, mechanics and machinery. But what if we could use the heat instead?

This is where thermoelectric generators come in: these are devices that can turn heat directly into electricity. They work by exploiting a phenomenon known as the Seebeck effect, where heat can be directly converted into electricity using semiconductor materials. Like solar cells that convert light to electricity, thermoelectric generators have no moving parts and are based on solid-state materials. But unlike solar cells, their efficiency hasn’t improved much since the early devices were invented in the 19th century. For this reason, it is still not possible to charge your iPhone using nothing more than your excess body heat.

In this era of climate change and energy shortages, a new approach is urgently needed in order to advance the technology of thermoelectric generators.

‘My research group develops energy technologies with novel materials and advanced manufacturing techniques. Our goal is to provide the engineering analyses and solutions to help meet the ever-increasing global energy demand.’ 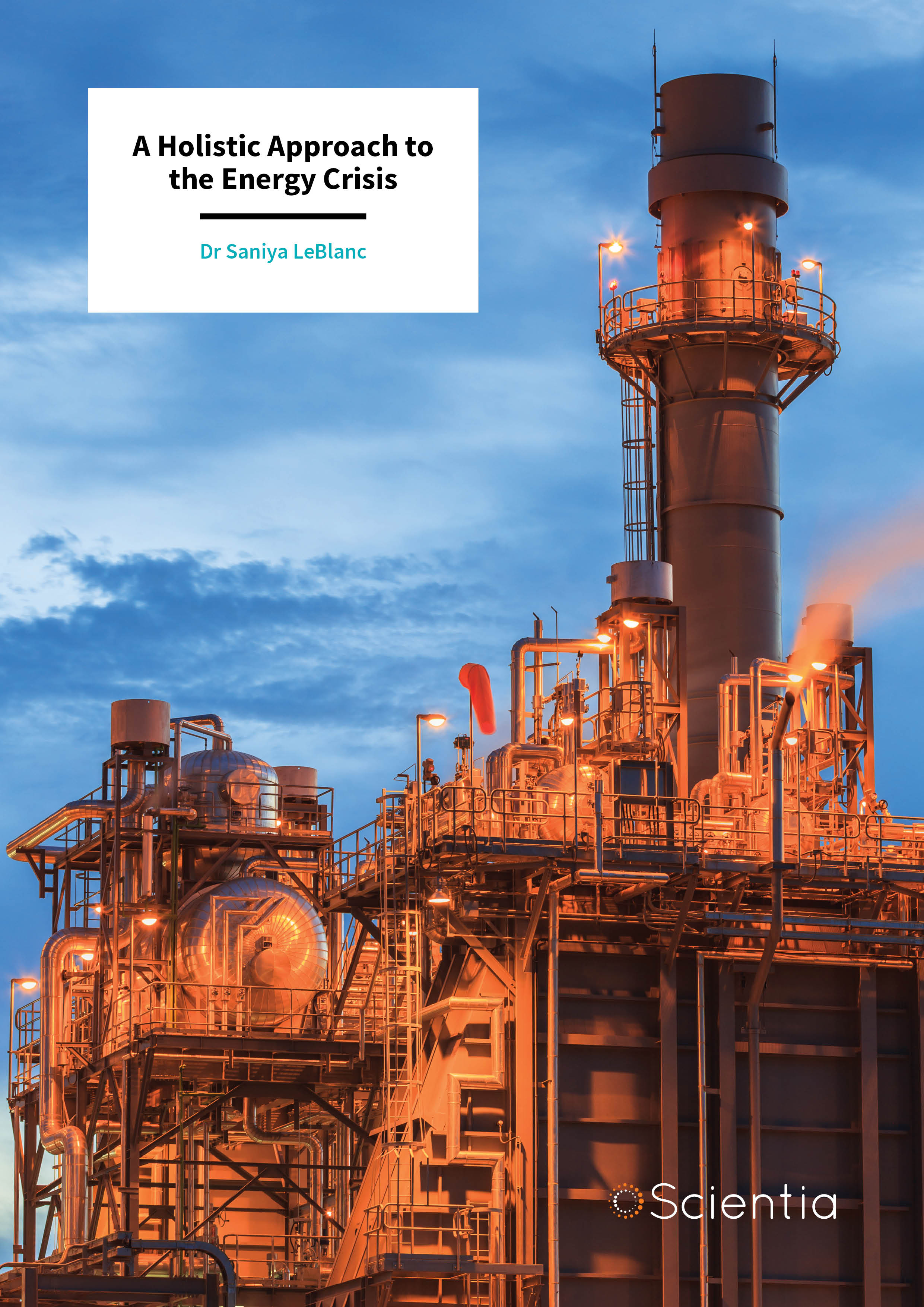 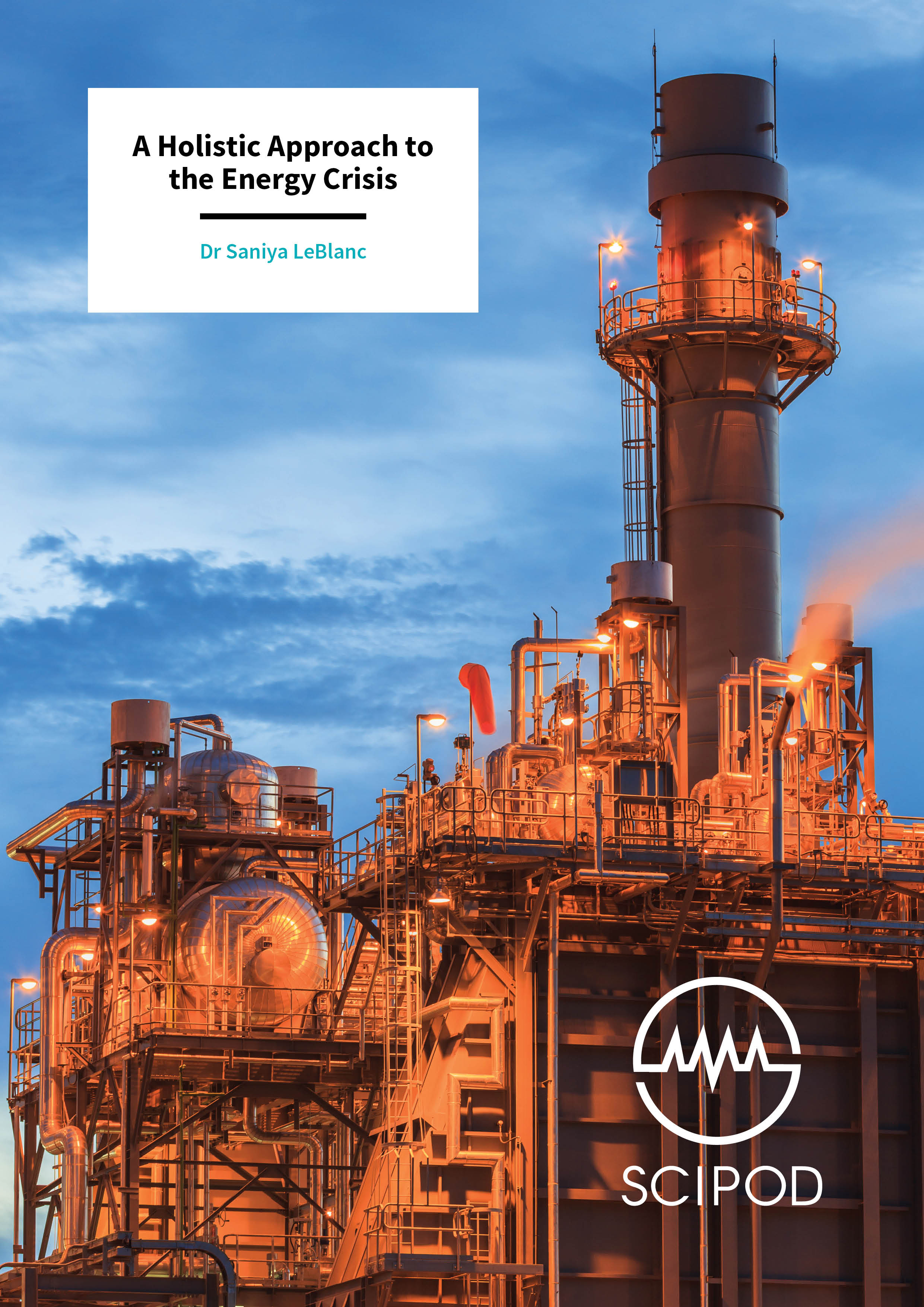 Science is not Enough

Dr Saniya LeBlanc and her team at The George Washington University devote their time to developing new energy conversion devices that could help us overcome some current limitations – such as how we integrate that science with usable devices. They take a big-picture approach as they develop new manufacturing processes, model entire energy-conversion devices (instead of just the constituent parts) and even investigate the economic factors surrounding their proposed solutions.

This holistic approach has propelled Dr LeBlanc to the forefront of her field and is providing us with new weapons in the war against the energy crisis. As Dr LeBlanc explains: ‘My research group develops energy technologies with novel materials and advanced manufacturing techniques. Our goal is to provide the engineering analyses and solutions to help meet the ever-increasing global energy demand.’ 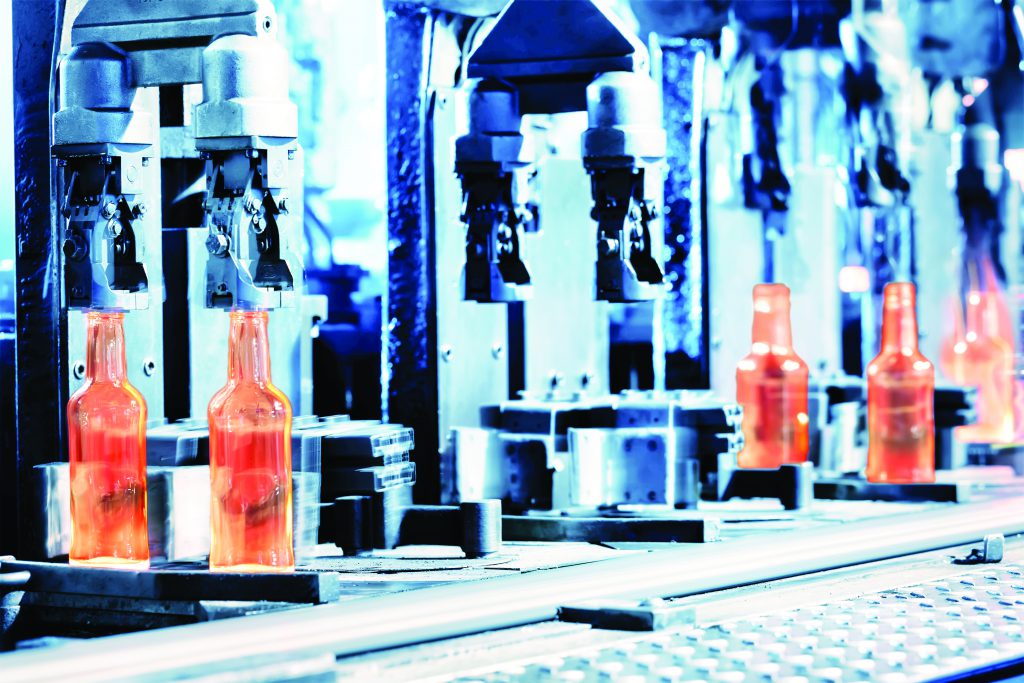 Today, a single smartphone is more powerful than all of the computing power that NASA had when they first put a man on the moon. But the fundamental science of digital computers hasn’t changed: we still use transistors as electronic switches to represent 0s and 1s – and build up the entire digital world from those building blocks. What has changed in the past half-century is how those transistors are manufactured. It’s due to advances in manufacturing processes that we are now able to carry around computers in our pocket that would have filled an entire building just fifty years ago. 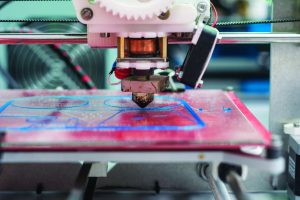 The field of materials science is steadily supplying us with new and improved energy-conversion materials that could be used in the development of thermoelectric generators. Such materials hold the potential to claw back some of the energy lost as heat – and maybe even power your iPhone –but, so far, have been unable to realise anything as grand. ‘The process of integrating materials into the devices that we will ultimately use is actually fraught with science and engineering challenges,’ explains Dr LeBlanc. ‘We can take a new material with unprecedented properties, put it into a device, and find a disappointing device-level performance.’ She believes that part of the solution lies within the manufacturing processes.

3D printers are becoming a common utility in science and engineering labs around the world. The use of rapid-prototyping techniques has enabled scientists to quickly move from concept to completion at a fraction of the previous cost of obtaining custom made parts and devices. Some extrude melted plastic from a heater nozzle, while others use a variety of chemicals that solidify on contact with each other, but all 3D printers build up their objects layer by layer in a process known as ‘additive manufacturing’. What Dr LeBlanc and her team are using can be thought of as 3D printing supercharged.

They use a high-power laser to melt energy conversion materials, building up thermoelectric generators with complex structures that have never been achievable before. ‘We aim to expand laser additive manufacturing to include energy conversion materials,’ says Dr LeBlanc. ‘We are currently investigating the link between laser processing and the resulting structure and properties of thermoelectric parts.’

This process has been used on a variety of metals and ceramics, but so far, it has never been used on semiconductor materials – a key ingredient of thermoelectric generators. In two recent papers from 2016 and 2017, Dr LeBlanc demonstrated that her team’s approach would allow the fabrication of thermoelectric devices with new and complex shapes, improved integration between materials and devices, and a reduction in waste over current methods. But how do these scientists decide which materials and shapes to use? 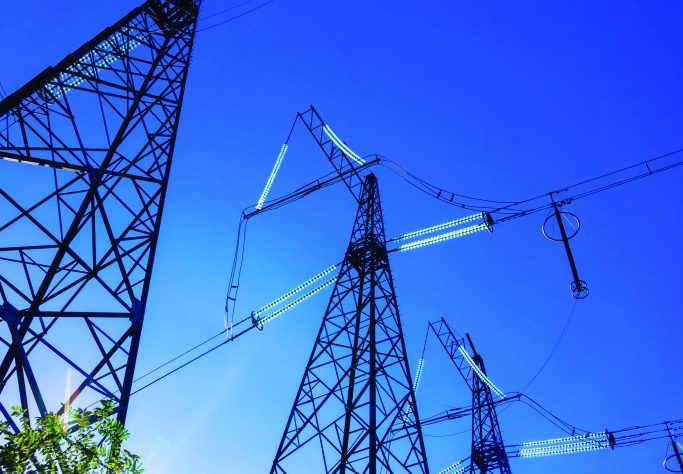 In order to understand how a certain combination of materials will perform as a complete device, Dr LeBlanc employs computer models that simulate the device operation. Her team has investigated a number of materials to date and have already produced some promising results.

‘Our models allow us to determine, for example, how much more electricity we could get from a device if we made certain changes to the device design. They also allow us to determine the benefit of incorporating new technologies into already existing processes,’ she says. ‘For instance, we can determine how much electricity could be generated from the waste heat in industrial processes or automotive exhausts.’ By considering the economic factors surrounding proposed devices – such as materials, manufacturing and system costs – Dr LeBlanc is able to predict which markets a device would be most successful in and, thus, where to direct her attention. 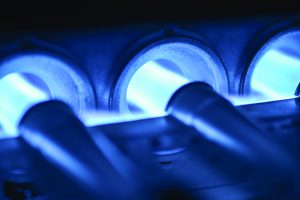 Currently, her team is investigating the link between the laser manufacturing process and the microscopic structure of the resulting material. By experimentally measuring some key physical properties of a variety of materials, they are able to model the laser melting process for that specific material, using advanced computer modelling techniques, and hone in on the material combinations that are most promising for thermoelectric generators. Once particular combinations have been selected for further investigation, the team can test their simulated results against the real thing, as they experimentally investigate ‘process-property-performance’ relationships.

The road to a brighter, more energy efficient future is fraught with both science and engineering difficulties, but a new approach, developed and employed by Dr LeBlanc and her research team, promises to alleviate at least some of them. By taking a comprehensive view of entire technologies – from the manufacturing methods and component materials used, to entire system simulations, and a full economic analysis of the involved stages – they are paving the way to a world where the ever-increasing global energy demand can be met with a swathe of new technologies.

The work is far from complete, but there is no doubt that Dr LeBlanc and her team will play a pivotal role in propelling us towards an energy economy that doesn’t seem so bleak. 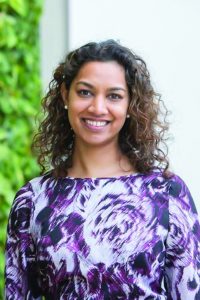 Dr Saniya LeBlanc completed her Bachelor’s degree in Mechanical Engineering at the Georgia Institute of Technology in 2003, before travelling to the UK to undertake an engineering Master’s project at the University of Cambridge. Her second Master’s degree was obtained from Stanford University in 2009, where she later completed a PhD in mechanical engineering. After working for a couple of years as a research scientist at the energy start-up Alphabet Energy, in 2014 she started her current position as assistant professor in the Department of Mechanical & Aerospace Engineering at The George Washington University. Throughout her career, Dr LeBlanc has obtained a wealth of experience in both academic and commercial environments, which has given her a unique perspective. Her holistic approach to energy-conversion devices is a prime example of her unique approach. Dr LeBlanc also uses her extensive research experience to improve engineering education, and is dedicated to training the next generation of engineers.