The diagnosis of brain conditions relies heavily on non-invasive imaging techniques to identify the affected areas. A protein known as the ‘translocator protein’ is increased in areas of brain inflammation and can be used as an imaging marker to diagnose various conditions. Professors Gerhard Rammes and Rainer Rupprecht go beyond the use of the translocator protein (TSPO) in imaging, to investigate whether molecules that bind to this protein could be used to treat various conditions in the nervous system.

A Window into the Brain

Brain conditions are particularly challenging for doctors to diagnose and treat. Unlike many other organs, it is not usually possible to take a sample of brain tissue to analyse under the microscope. So, clinicians rely on various imaging techniques to identify areas of inflammation within the intact brain, and the hunt is always on for more accurate and more specific imaging options.

One method is to use radioactivity to send a signal from within the brain that can be picked up outside the body. Radioactive molecules have been developed that can be administered to a patient, which attach themselves to specific disease-relevant marker protein molecules wherever they are found in the brain. Such molecules that can selectively attach themselves to specific proteins are known as ligands. Once attached to disease-relevant protein molecules, the radioactivity from these ligands can then be measured by a detector and an image built up of where they are in the brain. This is a form of a technique called ‘positron emission tomography’, or PET for short.

One target under investigation for this use is the translocator protein (TSPO). This protein is present in the brain at low levels, but is increased locally in areas of inflammation, such as that caused by injury or neurodegenerative diseases. This is because it is present in high levels in cells that are involved in the inflammatory response to injury. One major function of TSPO is in the production of steroids – signalling molecules that can influence many different brain processes.

Various studies have tested the use of PET to image TSPO in different conditions including stroke, Alzheimer’s disease, multiple sclerosis, Huntington’s disease, Parkinson’s disease, depression and Amyotrophic lateral sclerosis (ALS). However, there are still many potential applications of this technique that have not yet been investigated. 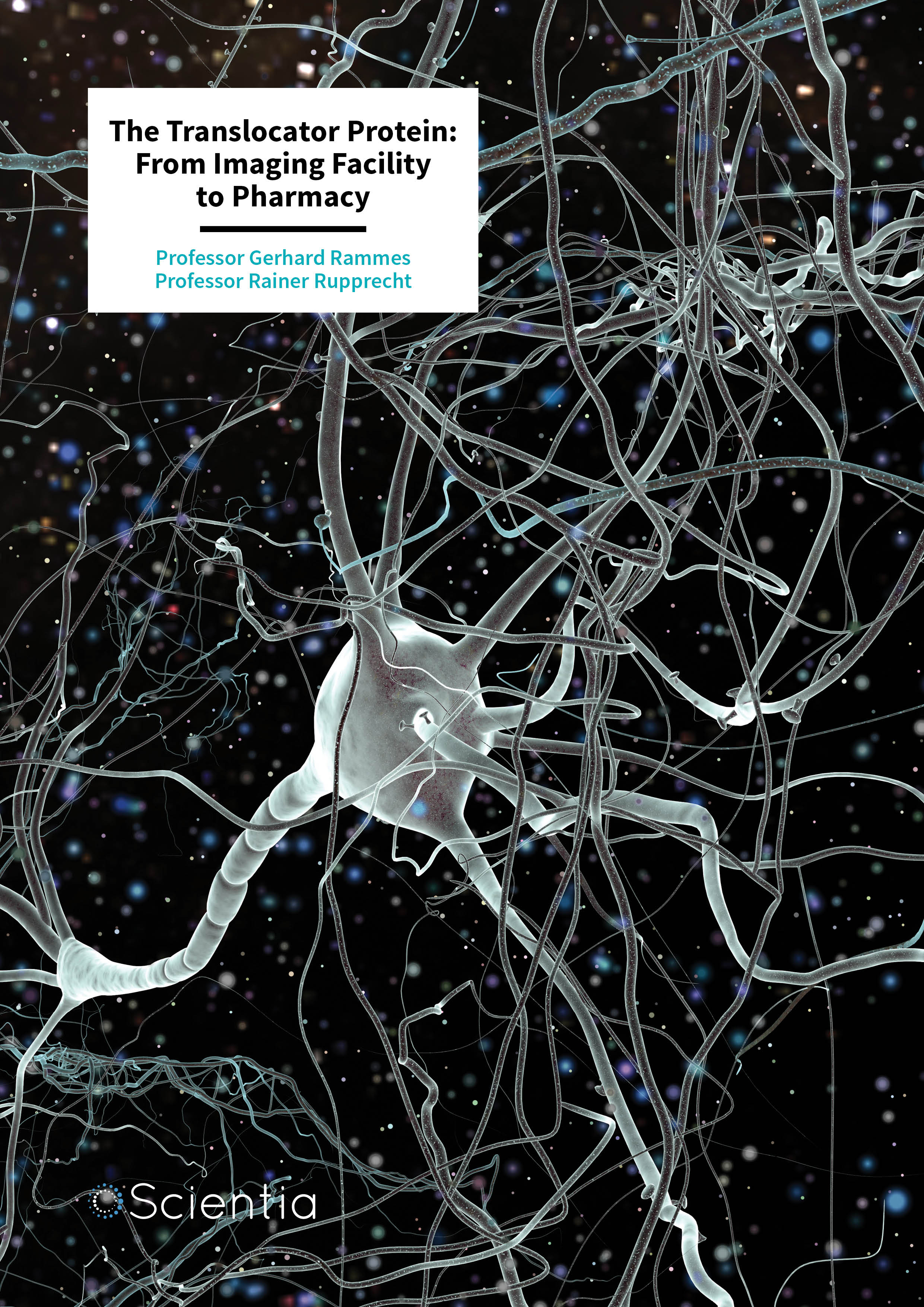 ‘Currently we are about establishing a collaborative research group to approach this goal in an interdisciplinary manner.’

The increased presence of TSPO molecules in damaged brain regions suggests that it may also be playing a role in the processes that lead to brain disease. Therefore, Professor Rainer Rupprecht of the University of Regensburg, and Professor Gerhard Rammes of the Technische Universität München not only investigate TSPO as an imaging marker for various conditions, but also explore it as a potential target for treatment. So far, they have been focussing on anxiety disorders, depression and Alzheimer’s disease.

Professor Rupprecht explains that working together is an important part of their strategy: ‘Currently we are about establishing a collaborative research group to approach this goal in an interdisciplinary manner from biophysics over neuroimaging to psychiatry.’ 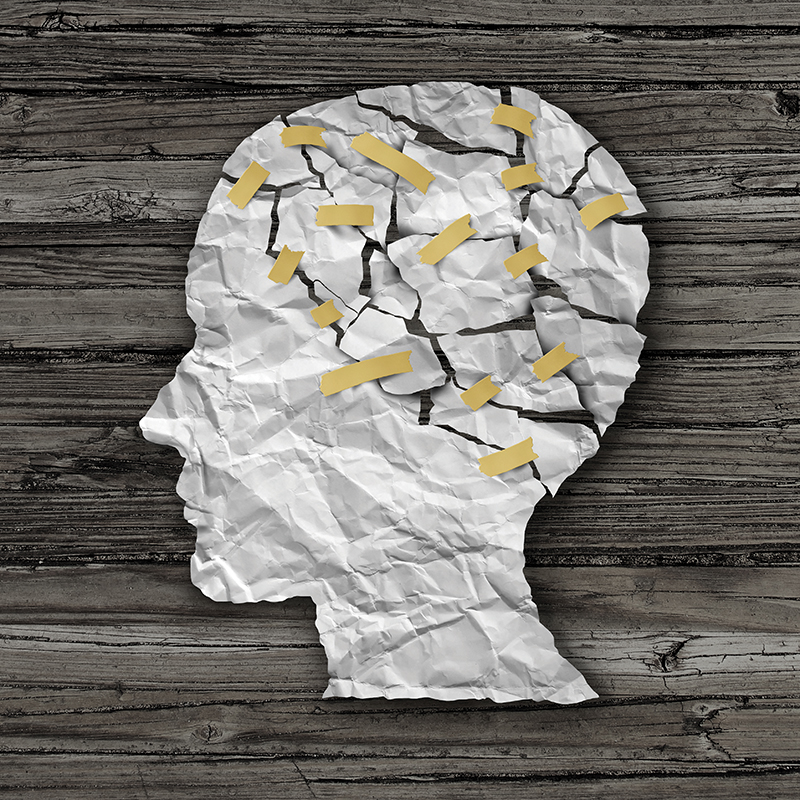 Research is still ongoing to find improved TSPO ligands, and to apply the technique to more diseases. Recently, in collaboration with Professor Bartenstein from the Ludwig-Maximilan-University, Munich, Professor Rupprecht’s research team tested the efficacy of a new TSPO ligand, called 18F-GE-180, for imaging in multiple sclerosis and brain cancer patients.

Multiple sclerosis is a disease that, amongst other things, involves chronic inflammation in the brain. Currently, the diagnosis of multiple sclerosis relies heavily on magnetic resonance imaging, in which the secondary effects of inflammation are visible. However, TSPO is present in activated inflammatory cells, so it could provide a more directly relevant imaging marker. Similarly, the diagnosis of brain tumours using magnetic resonance imaging does not determine the true extent of the tumour spread, so improved methods are required. The TSPO protein has been found to be increased in cancer cells and in brain tumours and could therefore provide an alternative target for diagnosis for these kinds of cancers.

In order to test the suitability of TSPO imaging for multiple sclerosis and brain cancer, the researchers administered their new ligand to patients and performed a PET scan. They also performed a magnetic resonance imaging scan, which provided information on the location of different brain regions in each patient. They used this reference map to measure the strength of the radioactive signal produced by the ligand in different brain regions.

Using this method, the research team found that the disease-affected areas in multiple sclerosis patients, and the tumours in cancer patients, showed higher levels of TSPO ligand molecules than the healthy parts of the brain. The team also made suggestions as to the best ways to use this information for diagnosis.

These findings are important, as they demonstrate the utility of this new ligand, which was previously untested in this context, and provide information for the development of improved diagnostic methods. 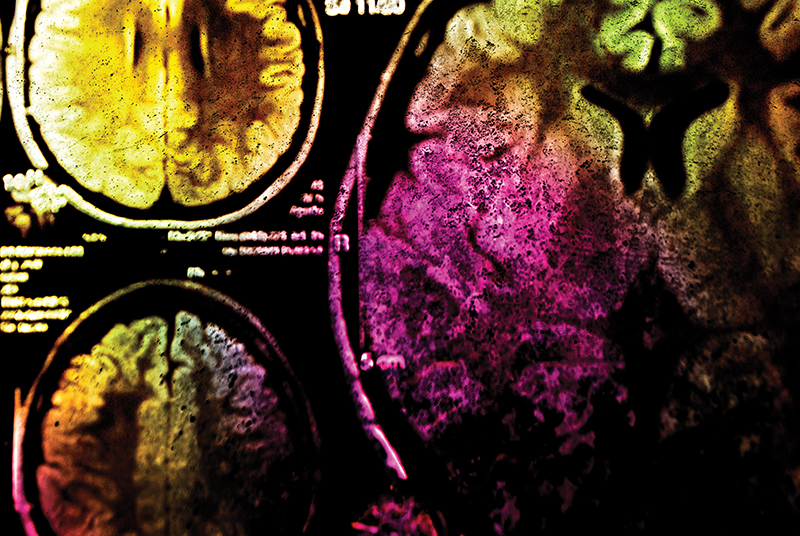 Making the Leap: From Marker to Therapy

In addition to being a marker of inflammation in the brain, TSPO has been found to play a role in the progression of many conditions. Indeed, TSPO ligands have previously been tested as therapeutic options for nerve pain and traumatic brain injury.

Professors Rammes and Rupprecht have been taking this further and investigating the possibility of using TSPO ligands to treat anxiety disorders. Anxiety disorders are characterised by feelings of worry and fear, accompanied by physical symptoms such as shakiness or a fast heart rate. Some estimates suggest that up to 30% of people will be affected by this disorder at some point in their life.

During anxiety attacks, certain neurosteroid levels in the brain are reduced, and administering such steroids has been found to reduce such attacks in rodents. As TSPO is involved in steroid production in the brain, this opens up the possibility of targeting the translocator protein with a ligand, as a treatment for anxiety.

Professors Rammes and Rupprecht have investigated this possibility using a TSPO ligand called XBD173, which has already been found to be safe for use in humans. They found that XBD173 was able to counteract anxiety attacks in rodents and induced anti-anxiety activity in humans. They also compared the effects of XBD173 with those of an existing anti-anxiety medication called alprazolam. It was found that the TSPO ligand did not cause the sedative side effects or withdrawal or tolerance effects observed with alprazolam.

The team also looked into the mechanisms that could be responsible for the anti-anxiety effects of XBD173. They found evidence to suggest that XBD173 was increasing neurosteroid levels in the brain, and therefore enhancing the effects of a signalling molecule called GABA. Existing anti-anxiety drugs also increase GABA signalling.

These important findings suggest that altering GABA signalling through the XBD173 TSPO ligand, instead of the route taken by existing anti-anxiety medications, can provide the desirable anxiety-reducing effects without the undesirable sedative side effects, withdrawal or tolerance effects. It is also exciting evidence for the use of TSPO ligands to treat psychiatric disorders, whereas previous research has focused mainly on brain injury. 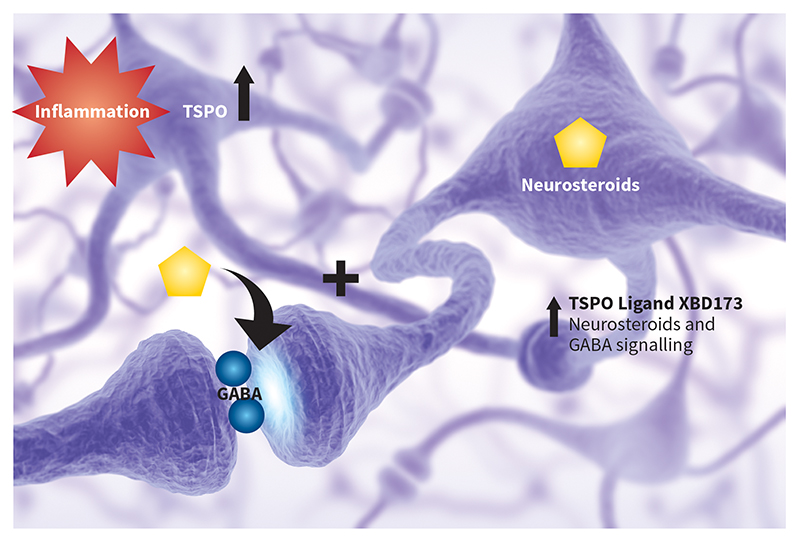 Following on from the successful use of XBD173 to reduce anxiety measures, Professors Rammes and Rupprecht are now beginning to test the role of TSPO in Alzheimer’s disease. Globally, there are approximately 50 million people living with Alzheimer’s disease, the main symptoms of which are memory impairment and progressive cognitive decline. It has a severe impact on quality of life and costs health services huge amounts of money every year.

An increase in TSPO levels has been identified in Alzheimer’s disease patients, and these patients also have decreased steroid levels in the brain. This suggests that increasing steroid production with a TSPO ligand may be beneficial. In fact, other TSPO ligands have been tested in rodent models of Alzheimer’s disease and were found to reduce memory impairment and signs of degeneration within the brain. The great advantage of investigating XBD173 is that it has already been proven to be safe in humans, making its route from the lab to the clinic much simpler.

In order to establish whether TSPO ligands are a possible treatment for early Alzheimer’s disease, Professors Rammes and Rupprecht will ask whether it can reduce the detrimental effects of amyloid-beta on the function of brain cells. To do this, they will apply XBD173 to living slices of rodent brains with amyloid-beta accumulations and measure the way the cells communicate with each other. They will also test whether treatment with XBD173 can improve memory impairment in rodents with Alzheimer’s disease.

Professor Rammes summarises the project well: ‘The question is, if the TSPO [translocator protein] ligand XBD173 is able to reverse the toxic effects of amyloid-beta on learning and memory-related processes.’ If the answer to that question is yes, Professor Rammes and Professor Rupprecht have suggested a new option for the treatment of Alzheimer’s Disease and, as XBD173 has already been tested for safety in humans, one that is already ready for clinical trials. 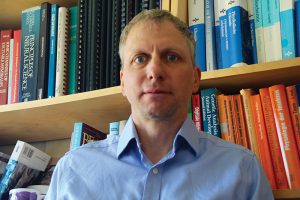 Professor Gerhard Rammes achieved his PhD from the University of Birmingham, UK, in 1996. Since then, has since held positions at the University of Erlangen and the Max-Planck Institute for Psychiatry in Munich, Germany. He is currently a Professor in the Department of Anesthesiology at the Technical University of Munich, where his team uses multiple techniques investigate the effect of centrally acting drugs, including anaesthetics, on the function of the brain. He has a particular interest in processes relevant to learning and memory, and has been investigating the impact of anaesthetics, benzodiazepines and centrally acting neurosteroids on the pathology of Alzheimer’s Disease. 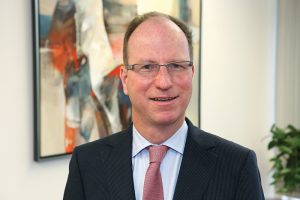 Professor Rainer Rupprecht studied medicine at the University of Erlangen from 1980 to 1986. Since 2011, he has been the Chair of the Department of Psychiatry and Psychotherapy at the University of Regensburg, Germany. He has been contributing high impact research in the area of translocator protein imaging and therapeutics for almost 10 years. Professor Rupprecht is Assistant Editor-in-Chief of the World Journal of Biological Psychiatry and is coordinator of the Federal Ministry of Education and Research (BMBF) programme entitled ‘Optimised treatment of depression’. He also received the Anna Monika Prize for depression research in 2012.