Professor Paul Dent, of Virginia Commonwealth University, has conducted extensive research into the potential of AR-12, a small molecule drug, to act as a versatile antiviral agent. The drug exploits clever targeting of ubiquitous chaperone proteins, leading to inhibition of a wide range of viruses, including HIV, Ebola, Mumps, Influenza, Measles, Junín and Rubella. 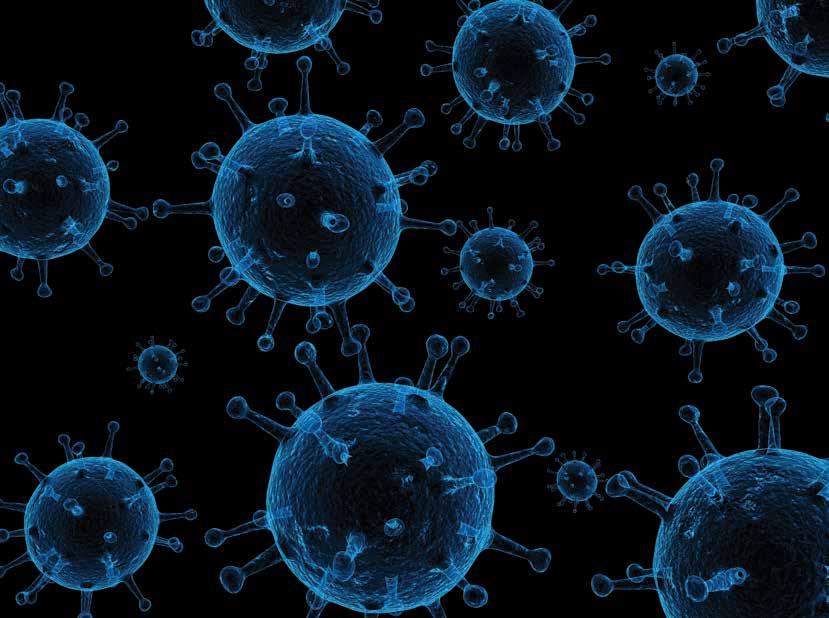 Viral disease remains a huge source of morbidity and death. Historically, viral infections such as smallpox and influenza have ravaged human populations. The routine use of effective anti-viral medications is relatively rare, compared with the plethora of antibiotics commonly prescribed for bacterial infections. For many viral infections such as influenza, few effective treatments exist and most cases are left to run their course and are treated simply with rest and fluids. While some vaccinations against viruses exist (perhaps most notably contributing to the eradication of smallpox), for many viruses these have not yet been developed, or are not completely effective. The 1918 flu pandemic resulted in the infection of 500 million and the deaths of up to 100 million people globally. While influenza vaccines exist, they are not always completely effective given the rapid and unpredictable nature of viral mutation, and the consequent need to develop new vaccines every year. Despite significant advances in healthcare since 1918, another flu pandemic, with serious consequences, is entirely possible.

When first discovered, human immunodeficiency virus (HIV) infection was typically an acutely fatal condition, with an average life expectancy of 9–11 years after infection without treatment, prior to the development of effective anti-retroviral therapies. Although HIV infection has now progressed to a chronic condition through effective pharmaceutical management, drug resistant forms of the virus exist, which are not amenable to effective treatment with conventional anti-retroviral drugs. The recent Ebola outbreak in West Africa, which is the largest yet recorded, resulted in almost 30,000 cases and over 11,000 deaths. Despite the high mortality, no specific treatments have been developed or approved and treatment is largely supportive, in the form of rehydration and management of pain.

There is a clear need for effective antiviral therapeutics that can counteract viral propagation and action, for the benefit of the many patients affected by viral infections. The research of Professor Dent has produced some very promising candidates in this regard. In this article, we discuss the background to his ground-breaking research into anti-viral drugs and some of his key results to date.

Chaperone proteins and their role in viral replication

Molecular chaperones are a family of proteins, primarily involved in regulating the folding of other proteins. In order for proteins to function correctly, they are required to be folded in the correct manner, and to maintain their resulting three-dimensional shape when performing particular functions. Chaperones help proteins to achieve a specific three-dimensional shape during the folding process and maintain it thereafter, and thus are a vital component of many protein-mediated processes in the cell. However, chaperones are not just necessary for the correct functioning of proteins present in healthy cells, but also play a vital role in protein processing in cancerous cells or cells that have been infected by viruses.

Indeed, cancerous cells and virally infected cells synthesise significant amounts of protein, requiring the up-regulation of chaperone expression, and so chaperones are a promising target to disrupt pathological functionality in such cells. Under normal circumstances, this increased protein synthesis would trigger a stress response and result in the cell dying, through a process called autophagy, but viruses are able to suppress these cell responses and keep the cell alive long enough to achieve their own ends. In virally-infected cells, this increased protein load largely goes into producing viral components such as the viral capsid. When a cell becomes infected with a virus, it becomes ‘hijacked’, whereby its own cellular machinery is used to produce new viral particles, which are eventually released when the cells dies. The capsid is a protein coat, used to package and protect all the other viral components. Preventing the correct folding of viral components such as the capsid, by inhibiting chaperone proteins is an effective way to reduce or negate viral action and disease.

There are a variety of chaperones that function to regulate protein folding under normal circumstances. However, there are several that have been noted as particularly important during the replication of specific viruses. For example, a chaperone protein called GRP78 is thought to be essential for the reproduction of the Ebola virus. Knock down of GRP78, which means preventing it from being expressed for the purposes of experimentation, has been shown to protect mice from the Ebola virus. Professor Dent, along with his research team and collaborators, have demonstrated the potent and versatile antiviral action of AR- 12, a small molecule chaperone inhibitor. However, initially, the team were examining the potential of AR-12 for the treatment of cancer, and came to investigate its potential as an anti-viral agent by rationally identifying AR-12 targets that are also implicated in viral disease.

Interestingly, GRP78 has even been linked to neuro-degenerative disorders such as Alzheimer’s Disease. Along with other chaperones, GRP78 is over-expressed in the neurons of Alzheimer’s patients, in an effort to maintain cell viability by influencing tau protein and preventing the formation of insoluble aggregates. Thus the possibility of using AR-12 or its analogues as treatments for Alzheimer’s is currently being developed by several research groups.

Professor Dent explained to Scientia how the team came to investigate the potential of AR-12 in viruses: ‘Our virus work with AR-12 grew out of a cancer based project. We had discovered that AR-12 inhibited chaperones, which explained how it killed cancer cells. Stopping chaperones also stops viruses.’ Previous work by the team has shown that AR-12, in combination with Viagra, is an effective anti-cancer agent, producing cytotoxic effects in a variety of cancer cells, including difficult to treat brain cancer stem cells. Viagra, most commonly known as a treatment for erectile dysfunction, is an inhibitor of an enzyme called phosphodiesterase type 5 (PDE5). In penile tissue, this acts to increase blood flow, an effect that can be used to treat certain types of erectile dysfunction. However, PDE5 is not just expressed in the penis, but is also present and active in other tissues, including in certain cancer cells. The team have previously shown that PDE5 inhibitors, such as Viagra, can enhance the effects of AR-12. The team determined that the AR-12/ Viagra combination resulted in inhibition of the GRP78 chaperone protein, causing the death of cancer cells. The treatment works by significantly reducing the half-life of the GRP78 protein, meaning that the protein becomes degraded much more quickly than it would normally, causing levels to fall by over 90% in a wide array of assayed  cancer cell lines. After learning of the potent chaperone inhibition produced by this drug combination, the team began thinking about applying it to other disease states in which chaperone action is heavily involved. These included bacterial and viral infections. Bacteria possess a prokaryotic version of the GRP78 chaperone, called Dna K, which is important in normal bacterial function by chaperoning proteins like Rec A, which performs an essential role in the replication of bacterial DNA and crucially, in bacterial resistance mechanisms to antibiotics. The team discovered that AR-12 in combination with PDE5 inhibitors, could reduce Dna K levels in antibiotic resistant bacteria, including N. gonorrhoeae, E. coli, MRSA and MRSE. This resulted in either outright cell killing effects, or increased sensitivity to antibiotics.

‘Our virus work with AR-12 grew out of a cancer based project. We had discovered that AR-12 inhibited chaperones, which explained how it killed cancer cells. Stopping chaperones also stops viruses.’ 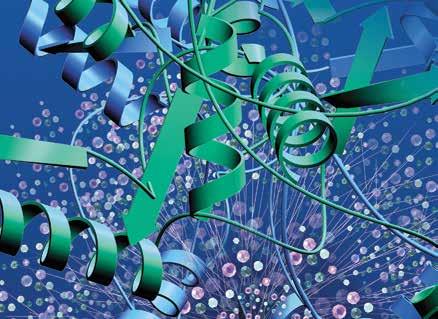 After determining the potential of AR-12 and PDE5 inhibitors in cancer and bacterial infections, the team turned their attention to viral infections, where the increased protein synthesis and chaperone expression, also make this drug combination a promising option. The researchers investigated the effects of the drug combination on the replication of an array of major viruses, in infected cells. Excitingly, they found that the drugs could prevent the replication of a huge number of seemingly diverse viruses, including Chikungunya, Mumps, Measles, Rubella, Junín, Ebola and Influenza viruses. Perhaps most excitingly, forms of HIV, that are resistant to conventional drugs, were also shown to be inhibited, suggesting that this drug combination might be of use in treatment-resistant patients. The team also examined if these antiviral effects were present in living animals, as opposed to isolated cells. To do this, they set up a rabbit model of hemorrhagic fever virus. Some of the infected rabbits were treated with AR-12, and they found that this treatment increased rabbit survival from approximately 30% to 60%. The team also examined liver damage in the rabbits caused by the virus and found that AR-12 reduced this, as measured using several indicators of liver damage. In their most recent work, the team identified that AR-12 can inhibit a variety of chaperone proteins, from both the main classes of chaperones: the HSP90 and HSP70 families. This gives some indication as to how it is able to interfere in the replication of so many types of virus. 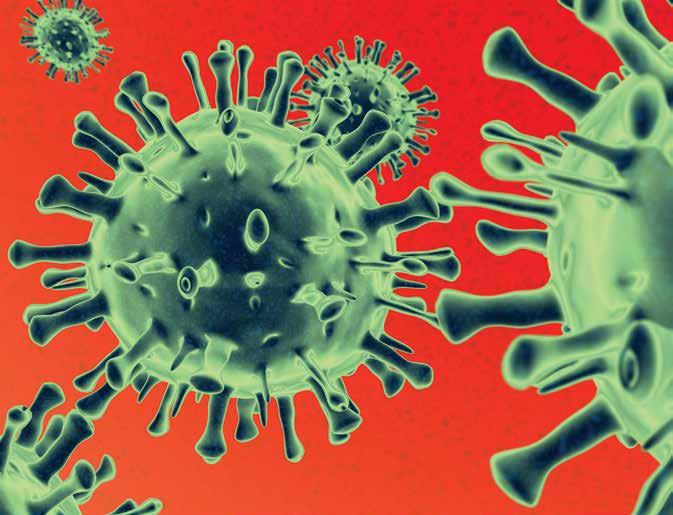 The team have invested significant effort in determining how the drug works. They think that by inhibiting the chaperone proteins with AR-12 they are both causing viral proteins to become misfolded, thereby rendering them non-functional and prone to degradation by the cell, and also triggering a stress response in the cell, which results in cell death by autophagy. This double effect prevents viral replication both by disruption of viral processes in the cell and death of infected cells themselves, preventing the spread of the virus elsewhere. It is also thought that when these cells die via autophagy, they may release a host of viral components and debris into the surrounding environment, which are highly immunogenic, potentially causing an activation of the host immune system against the virus and enabling the host to begin to destroy other viral particles elsewhere.

Professor Dent feels that their promising anti-viral results indicate that a clinical trial is warranted for this drug treatment, and would like to pursue one in future, when funding is available. In fact, a clinical trial for AR-12 has been carried out previously in cancer patients, several years ago. The drug was well tolerated by the patients, some of whom were on the trial for up to 33 weeks, and who had been heavily pre-treated with multiple other anti-cancer drugs, and at much higher doses than that used to produce anti-viral effects in these studies (Professor Dent estimates that the team used 25% of the achievable plasma levels of AR-12 in their lab-based studies). Consequently, AR-12 has significant potential as an antiviral therapeutic, for a wide range of viral infections, including treatment-resistant HIV and Ebola. This work would not have been possible without collaboration between researchers at such varied locations as the USA, Argentina, Australia and Spain. 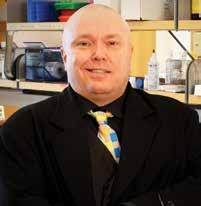 Professor Paul Dent is Professor and Universal Chair in Signal Transduction in the Department of Biochemistry and Molecular Biology in Virginia Commonwealth University. After receiving a 1st for his BSc degree in Biochemistry from Newcastle University, he went on to do a PhD at the University of Dundee in Scotland. After graduation, Professor Dent became a Postdoctoral Fellow in the University of Virginia, US, and later set up his own laboratory. Through securing funding from the National Institutes of Health and the Department of Defence, Professor Dent and his colleagues have explored the ways in which drugs can be combined to kill tumour cells. In addition to his cancer research, Professor Dent has also conducted extensive studies into the potential of AR-12, a small molecule drug, to act as a versatile antiviral agent. Through targeting chaperone proteins, this drug can inhibit a wide range of viruses, including HIV, Ebola, Mumps, Influenza, Measles, Junín and Rubella. 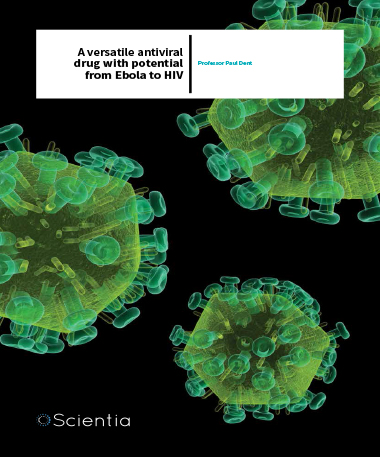