Deep within the permafrost, viable microbial communities persist, buried for millennia. With the permafrost rapidly thawing due to global warming, these microbes are becoming more active, feeding on previously frozen organic matter and ‘breathing’ out greenhouse gases, further exacerbating climate change. Professor Rachel Mackelprang of California State University is studying the significance of these little-understood microbes. Funded by NASA, her team is also investigating how these hardy microbes adapt and survive as an analogue of how extra-terrestrial life may survive in sub-zero space environments.

In the northernmost parts of Norway, Russia, Alaska and Canada, lie arctic and subarctic ecosystems – cold, harsh ecological habitats, with temperatures that can regularly hover near −40°C in winter. At sub-zero temperatures, the ground is permanently frozen, and is known as ‘permafrost’. Permafrost may be overlaid by a layer of ice, soil or sediment that freezes and thaws with the seasons, known as the ‘active layer’. Deep within the permafrost, there exist diverse communities of viable microorganisms – bacteria, archaea and even some fungi – which persist undisturbed for thousands of years. This permafrost ‘microbiome’ has not been extensively studied – but it’s expected to play a major role in ecological events yet to unfold.

Recently, much attention has been paid to the permafrost, due to its expected significance to climate change. Greenhouse gases emitted by human activities, such as carbon dioxide and methane, trap heat from the Sun and cause changes to the climate. One worrying consequence of this is the melting of the polar ice caps, though the effects of climate change extend well beyond this. It is not just the polar ice caps under threat, but also the permafrost! The Earth’s rising temperature is expected to cause large-scale thawing of permafrost – indeed this has already begun. Over the last 30 years, surface temperatures in the Arctic regions have risen by 0.6°C per decade, twice as fast as the increase in the global average temperature. Much of the permafrost is just below 0°C, meaning that even marginally small temperature increases can cause thawing, leading to the collapse of fragile permafrost ecosystems. However, the worst is yet to come.

The permafrost contains 25–50% of the world’s soil carbon pool, in the form of biological matter accumulated over thousands of years. The sub-zero conditions have slowed down decay, preserving the organic matter for millennia – but the thawing set to expose this organic matter and the resulting microbial decay will release previously frozen carbon into the atmosphere as carbon dioxide and methane – further exacerbating global warming. This could set off a positive feedback loop – a chain of rapid, irreversible warming – a bad scenario for climate change.

The existence of millennia-old viable microbial communities – literally ‘frozen in time’ – present unmissable opportunities for scientific study. Professor Rachel Mackelprang and her colleagues at California State University and the United States Geological Survey are studying the biology of these microbes, and their significance to climate change. ‘I seek to gain a systems-level understanding of the fate of carbon in thawing permafrost and the role microbial communities play in greenhouse gas emissions,’ states Professor Mackelprang. Her team is also interested in observing how microbial communities respond to anthropogenic disturbances, and the permafrost microbes serve as excellent study models.

These so-called ‘extremophile’ microorganisms must contend with sub-zero temperatures, low availability of liquid water restricted to solute-rich patches of soil or brine, limited nutrients, and high salinity. Unfortunately, at such low temperatures, the flexibility of DNA, RNA and protein molecules is greatly reduced – compromising the cells’ ability to carry out even basic activities. These organisms may therefore be in a dormant phase, or be active with slowed-down metabolism and cell division. 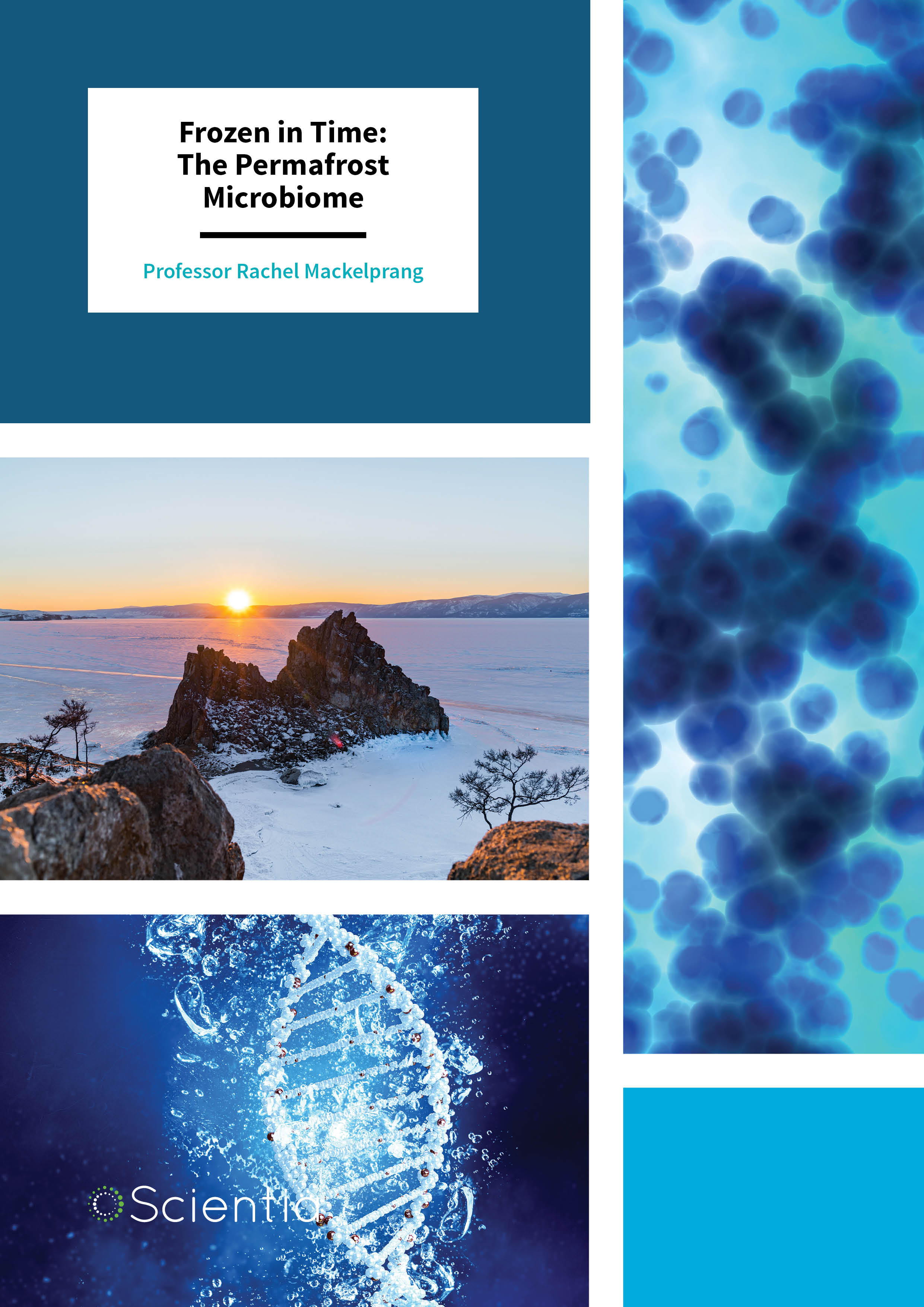 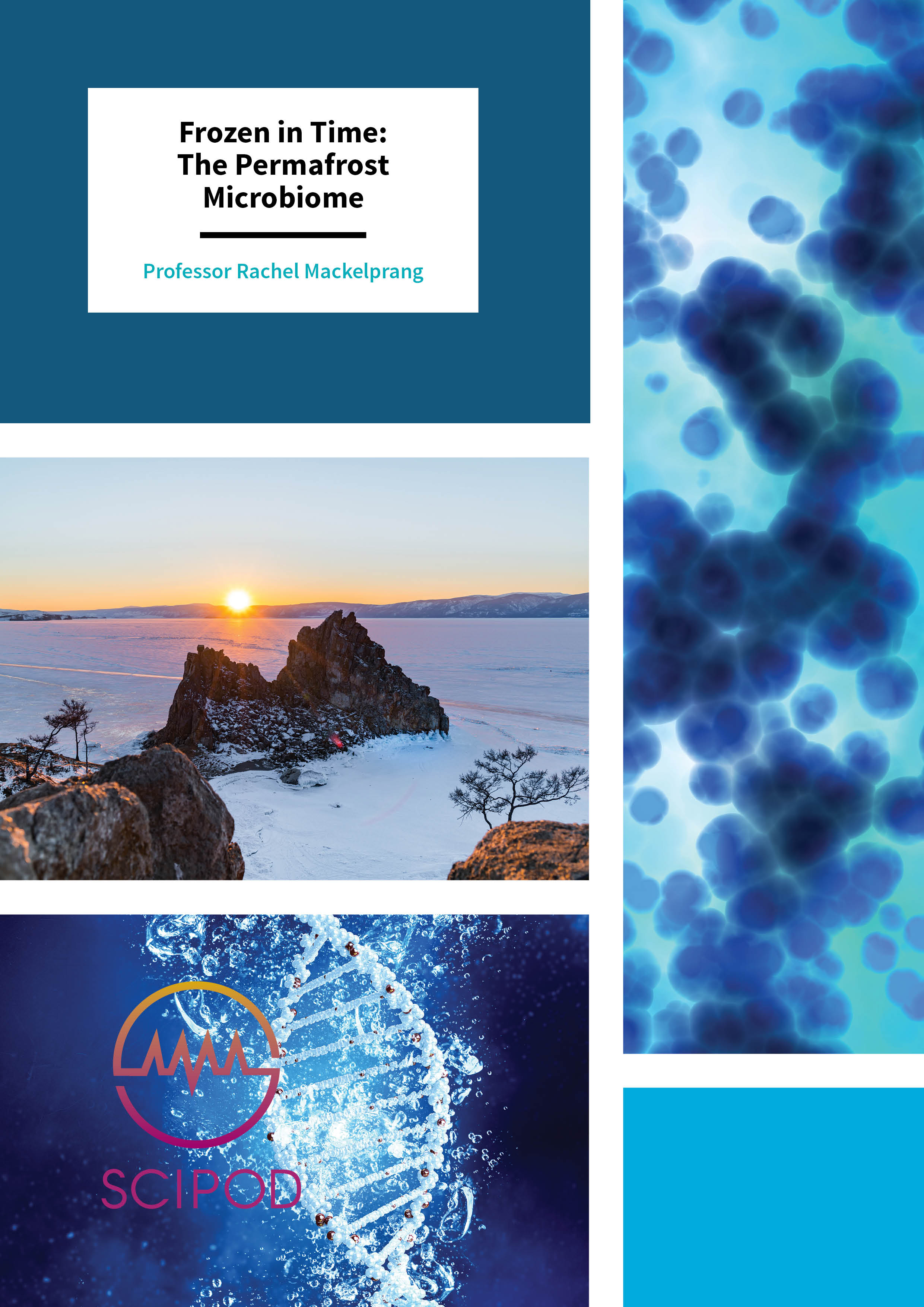 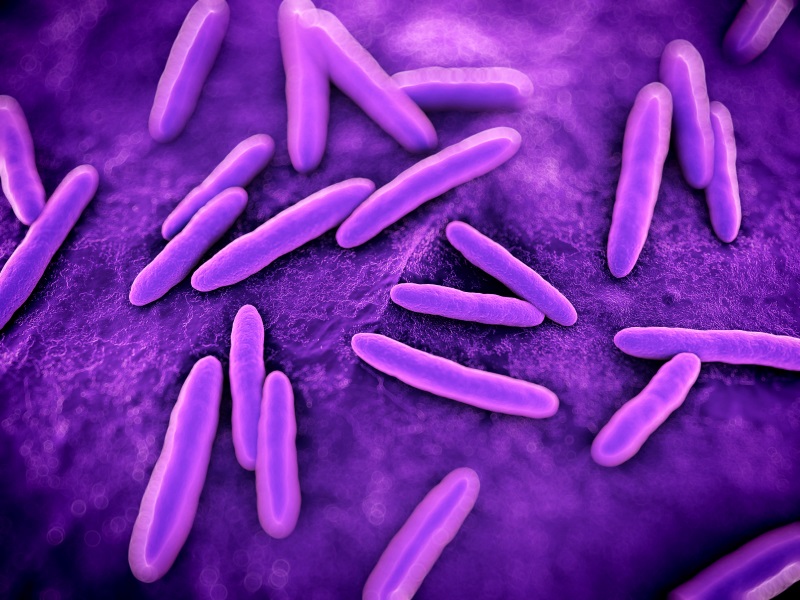 Microbes trapped in permafrost must have counteractive adaptations for long-term survival under harsh environmental conditions. However, little is known about the survival strategies of these microbial communities that allow them to spend millennia trapped in permafrost. Professor Mackelprang and her team are trying to elucidate these microbial adaptations – at a genetic and molecular level. The team often leaves their lab in sunny California for chilly Alaska to collect permafrost samples for analysis. One of their choice locations for sample collection is the permafrost tunnel in Fox, Alaska. This tunnel, drilled by the United States Army Cold Regions and Research and Engineering Laboratory (CRREL) into a hillside, provides access to ancient permafrost from the late Pleistocene era. Beyond Alaska, they are also studying samples from global collaborators, including terrestrial and marine permafrost from Russia.

Like all microbes, permafrost microbes undergo gene (DNA) mutations and reproduce by cell division, meaning that they undergo evolution, with the harsh environmental conditions acting as ‘selection pressures’ that only allow the hardiest bugs to survive and multiply! A fundamental question that the research team is trying to answer is whether an increasing long-term imprisonment in frozen permafrost selects a common core set of genes, pathways, or species. A number of research groups, including Professor Mackelprang’s, have found the same species and functional traits in various unrelated locations, suggesting that this is indeed the case – and a common set of functions may enhance survival under frozen conditions. For example, Professor Mackelprang and her colleagues identified the same Chloroflexi bacterial species in permafrost in three separate sites in Alaska.

Permafrost can span a number of geological epochs – including the Holocene, Pleistocene and Pliocene era. This age gradient, known as a ‘chronosequence’, presents a unique window into microbial evolution. Professor Mackelprang’s team analyses the physical and chemical soil characteristics of chronosequences to identify the biological features of the microbial communities that are important to survival through geologic time rather than adaptations to the physiochemical conditions of the permafrost microenvironment. 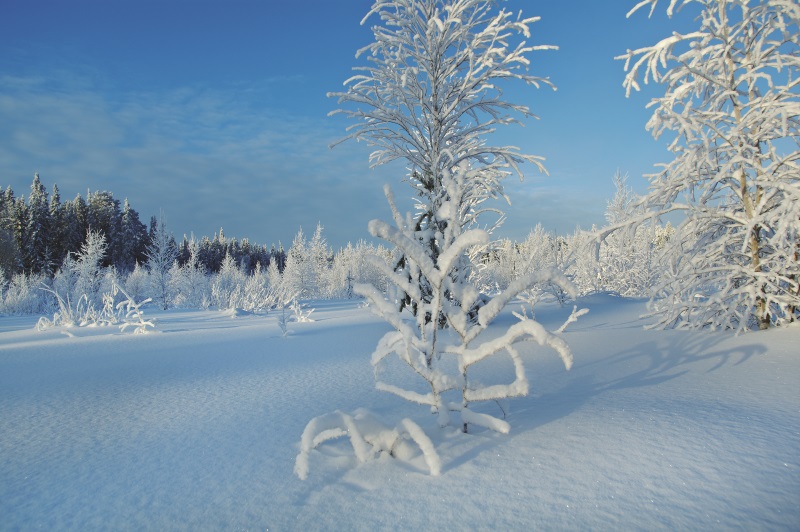 Probing the Permafrost Microbiome with Metagenomics

The team uses a combination of classic microbiological techniques and cutting-edge metagenomics tools to gain insight into the evolutionary adaptations of the permafrost microbial communities. They estimate the age of the samples using radiocarbon dating, and using a battery of biochemical tests, they determine biological characteristics, including the relative abundances of dead, live and dormant cells, and indicators of metabolic activity. Amazingly, some of the millennia-old cells are successfully revived and cultured.

Most permafrost microorganisms cannot be grown in the laboratory, so the team uses DNA-based approaches such as 16S rRNA gene sequencing and metagenomics to circumvent the need for cultivation. In this strategy, DNA from the microbial community is extracted directly from the soil, and the team uses 16S rRNA gene sequencing to determine the identities of organisms living in the permafrost. RNA within the ‘16S’ region of ribosomes (the cell’s protein factories) is universally present in all bacteria and archaea. Therefore, mutations in 16S rRNA gene serve as useful markers for taxonomic identification. Metagenomics – sequencing of all DNA from the environment (not just the 16S rRNA gene) – reveals the functional capabilities of permafrost communities. Genes encode enzymes (proteins) that drive metabolic pathways, and therefore, the information captured in the team’s metagenomic analysis can identify which metabolic pathways are important for survival. Hence, these DNA-based strategies can reveal the taxonomy (species identity), phylogeny (species evolutionary history), and molecular adaptations to imprisonment in permafrost.

By applying these DNA-based tools to a Pleistocene chronosequence (19,000–33,000 years old) from the CRREL tunnel, Professor Mackelprang’s group recently demonstrated the adaptive evolution that frozen microbial communities undergo. Entrapment in permafrost limits the availability of carbon, energy and nitrogen. The team found that, consequentially, metabolic pathways for utilising sugars are less abundant and instead, pathways involved in importing, breaking down and salvaging amino acids (the building blocks of proteins) are more abundant. This is because the organisms may be recycling carbon and nitrogen from proteins in detritus present in the permafrost.

Significant to climate change, Dr Mackelprang and her team also found groups of genes for ‘methanogenesis’ – the production of methane as a by-product of anaerobic metabolism – were frequent in microbes in the youngest permafrost. They were also found in the older age categories but were very rare. Additionally, the team found that in the older permafrost, groups of genes encoding traits that may be advantageous in ancient cryoenvironments were present at higher frequencies – these include genes for chemotaxis (the ability of single cells to move towards chemical nutrients), sensing and responding to stimuli, cold protection and dormancy. Such traits are necessary for long-term survival under cold, nutrient-deficient conditions, and it is thought that some of these genes can be transferred between organisms. 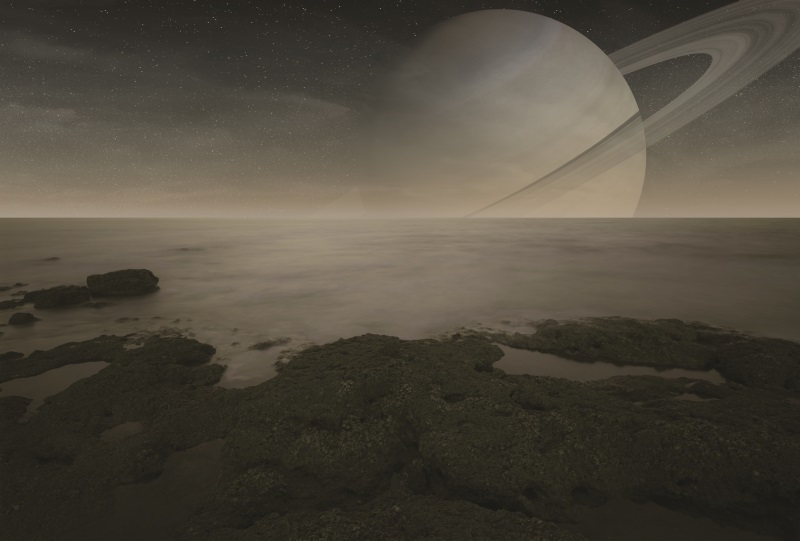 From Deep Permafrost to Deep Space

Exobiology is an exciting field of research that explores the possibility of life on other planets. If life does exist elsewhere in the Universe – how it works and how it compares to life on Earth is a matter of lively speculation amongst scientists. It is thought that studying organisms living in extreme habitats here on Earth may be useful for envisaging alien life in the most unforgiving places in space. Six of the eight planets in our solar system – as well as their moons, asteroids and comets – are permanently frozen. Therefore, the adaptations of microbial communities persisting in nutrient-limited permafrost for millennia can act as an analogue for alien life on these frozen worlds.

Therefore, Professor Mackelprang and her team are embarking on an exciting NASA-funded project to understand how the biology of alien organisms (if they exist) helps them adapt to hostile environments in space. There is some evidence suggesting that metabolically active microbes are more likely to survive long-term than dormant ones – as active cells can repair damaged DNA. Although we do not know what information storage system alien microbes would have in lieu of DNA, it may be similar, with ‘active’ extra-terrestrial organisms better able to carry out important ‘quality control’.

The permafrost microbiome is poised to be a major player in climate change as the permafrost thaws, and thus accelerate climate change by releasing methane and carbon dioxide. Professor Mackelprang and her team are working to further our understanding of these microbial communities, and have already gained insights into the selection of methanogenic pathways in permafrost microbes – pathways that may soon be responsible for emitting more methane into the atmosphere. A more enlightened understanding of these processes may help us to mitigate their effects on our future climate.

Beyond our own planet, the team will also continue to explore the permafrost microbiome as an analogue for organisms that may exist in sub-zero space habitats, aiding the hunt for extra-terrestrial life. 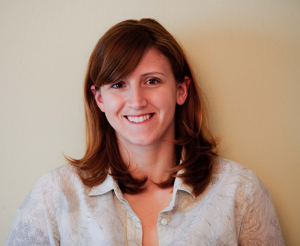 Professor Rachel Mackelprang is an Associate Professor of Biology at California State University, Northridge. Her research interests are centred on understanding the molecular, genetic, and biochemical adaptations of microbes in extreme habitats, in particular the Arctic and sub-Arctic permafrost, using both traditional microbiology and next-generation tools such as metagenomics. She is particularly interested in how microbial communities respond to disturbances, particularly climate change. Professor Mackelprang earned a PhD in genetics at the University of Washington, Seattle in 2006, before embarking on a postdoctoral fellowship in computational biology jointly at the DOE Joint Genome Institute and the Lawrence Berkeley National Laboratory between 2007 and 2011. In 2011, she moved to her current institution, California State University, Northridge, as an Assistant Professor in Biology, before being promoted to Associate Professor in 2016.

Thomas A. Douglas, US Army CRREL