Legionella bacteria are known to cause Legionnaire’s disease, a potentially severe and lethal form of pneumonia. The bacteria can be classified into different serogroups forming specific sub-types of L. pneumophila. In humans, serogroup 1 is the most common cause of pneumonia, being responsible for approximately 80% of all cases. However, the other subgroups can also cause pneumonia, resulting in a range of outcomes from mild to severe, and these are more difficult to accurately detect. Dr Akihiro Ito at Kurashiki Central Hospital, Japan, is advancing the detection of all forms of L. pneumophila to facilitate more timely healthcare interventions for Legionnaires’ disease.

The gold standard approach to the detection of all serogroups of L. pneumophila in patients is the culture of respiratory specimens (sputum) to grow and identify the bacteria. Unfortunately, this process is costly and requires a substantial amount of time given the need to grow the cultures, which in some cases can take up to five days. This is problematic as a rapid timeframe is vital in diagnosing Legionnaires’ disease, especially given that prompt antibiotic treatment often confers more favourable clinical outcomes.

An alternative and widely used method for the detection of L. pneumophila is a urinary antigen test. This test, which detects a protein from L. pneumophila, is rapid to perform, with results being available in about 15 minutes rather than within days as required for sputum culture. The difficulty, however, is that it only detects bacteria from serogroup 1, consequently omitting almost 20% of the cases deriving from the other serogroups (that is, non-serogroup 1 bacteria). Furthermore, the urinary antigen test also misses some cases of serogroup 1 L. pneumophilia.

The sensitivity of a test is a measure of the ability of the test to correctly identify patients with the disease being tested for (often referred to as the true positive rate). In the case of the urinary analysis test, slightly less than three-quarters of patients infected with L. pneumophila are correctly diagnosed. On the other hand, the specificity of this test is 99.1%. Specificity is a measure of the ability of a test to correctly identify patients without the disease – known as the true negative. In other words, when using the urinary analysis test, a positive result would most likely indicate Legionella pneumonia. However, almost one-quarter of cases of Legionnaires’ disease are not detected. This total is the combination of cases of serogroup 1 L. pneumophila as well as the other serogroups. 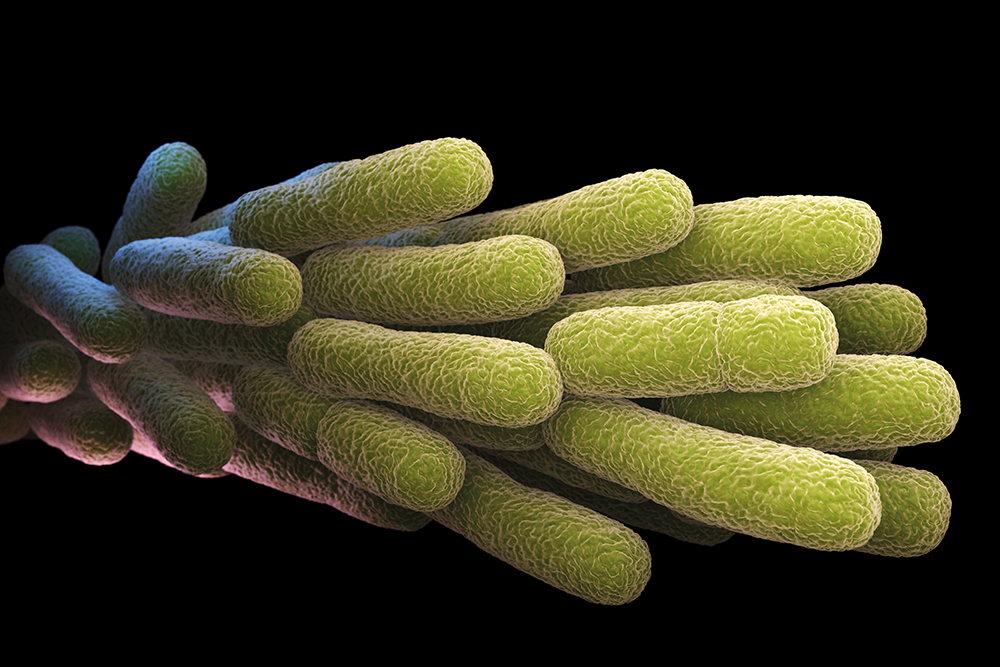 In addition to the urinary analysis diagnostic test, a six-point scoring system consisting of clinical signs and symptoms has been developed as a diagnostic tool. This has been purported to identify both serogroup 1 and non-serogroup 1 cases of L. pneumophila.

The assessment is based on the following criteria: the temperature of the patient, the presence of a non-productive cough, and levels outside those specified for four laboratory blood tests, namely, c-reactive protein (a measure of inflammation in the body), lactate dehydrogenase (a measure of cellular damage), platelet numbers, and sodium levels.

Using these criteria, researchers have found that scores greater than or equal to 5 mean that patients without the condition are likely to be identified given the specificity of 99.0%. However, with a positive predictive value of 17.4%, the diagnostic tool carries a risk of high false positives whereby the patient does not have the disease but nonetheless receives a positive result. More useful is the scoring cut-off of 2 or less, which offers high sensitivity (94.4%) and a high negative predictive value (99.6%), and thus false negatives (whereby the patient has the disease but given the all-clear) are unlikely to occur. 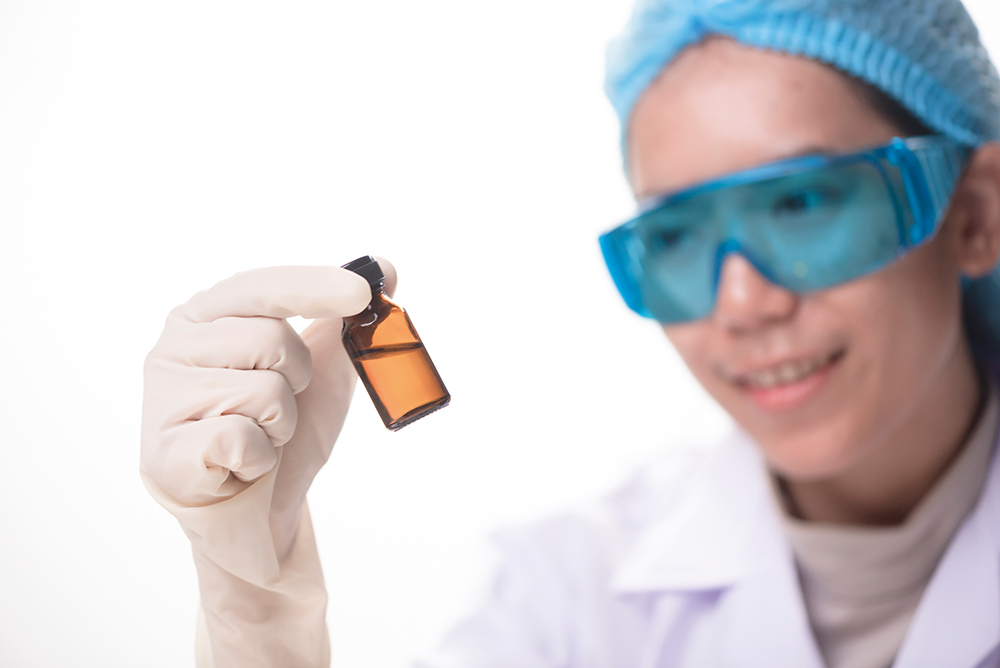 Dr Akihiro Ito at Kurashiki Central Hospital, Japan, has been working to improve the detection of all cases of L. pneumophila. Along with colleagues, Dr Ito conducted a retrospective analysis examining historical cases of over thirty patients with L. pneumophila to assess the robustness of the six-point scoring system in predicting cases of non-serogroup 1 compared to serogroup 1 patients.

Dr Ito and colleagues reported that cases of non-serogroup 1 L. pneumophila varied clinically from mild to severe and that the clinical observations were unremarkable. Applying the cut-off value of greater than or equal to two for the six clinical criteria, they found that the sensitivity for non-serogroup 1 cases was low at only 54.5%, representing just over half of the cases at 6 of 11 patients, and for the serogroup 1 cases, the sensitivity was 95.7%, which equates to the accurate diagnosis of 22 of the 23 serogroup 1 patients.

Expanding the clinical diagnostic criteria to investigate comorbidities, that is, other existing diseases, including diabetes and cardiovascular disease as well as other possible confounding contributors, such as age, history of smoking, and gender, Dr Ito and his team found no significant differences between the serogroup 1 infected patients and the non-serogroup 1 patients. This means that there are no notable markers or indicators which, in combination with the six-point assessment criteria, could reliably signal the presence of an L. pneumophila infection of a non-serogroup 1 type. 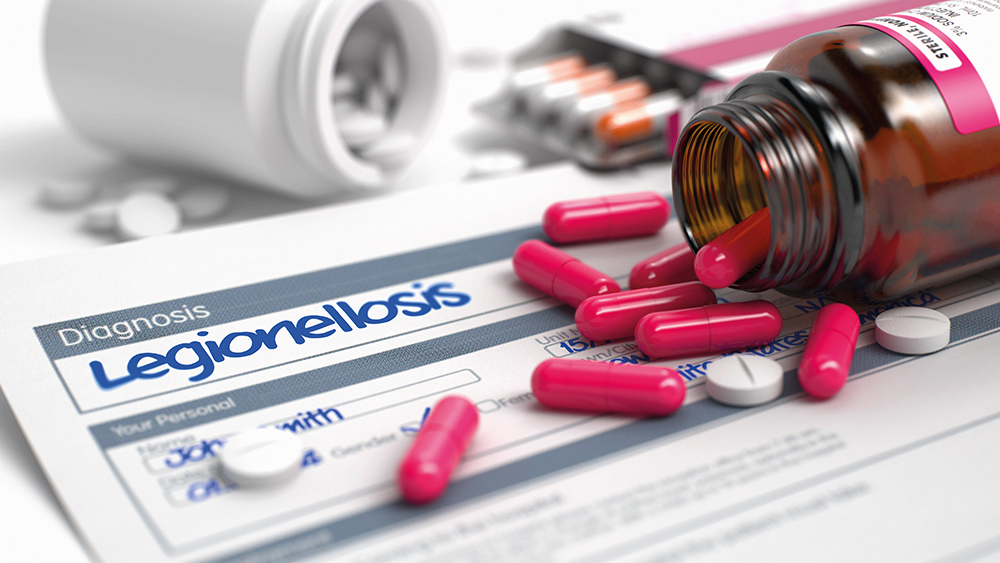 Dr Ito and colleagues concluded from their findings that the six-point diagnostic criteria assessment using the cut-off value of greater than or equal to 2 correctly identifies most serogroup 1 cases. However, they also noted that this approach is completely inadequate for the accurate detection of non-serogroup 1 patients. Dr Ito and colleagues further propose that it is a clinical necessity to rapidly and accurately identify all cases, irrespective of the serogroup causing the infection. A summary of the current status of testing for L. pneumophila is as follows:

Second, the diagnosis of non-serogroup 1 L. pneumophila infected patients by using the clinical six-point scoring system is poor, and Dr Ito’s group found that this misses a larger proportion of patients than previously reported. They found a sensitivity of only 54.5% when exclusively focusing on non-serogroup 1 patients.

Dr Ito and colleagues point to the clear and obvious need for the development of a rapid and sensitive method to determine cases that are a result of infection with non-serogroup 1 L. pneumophila to enable early and effective intervention. 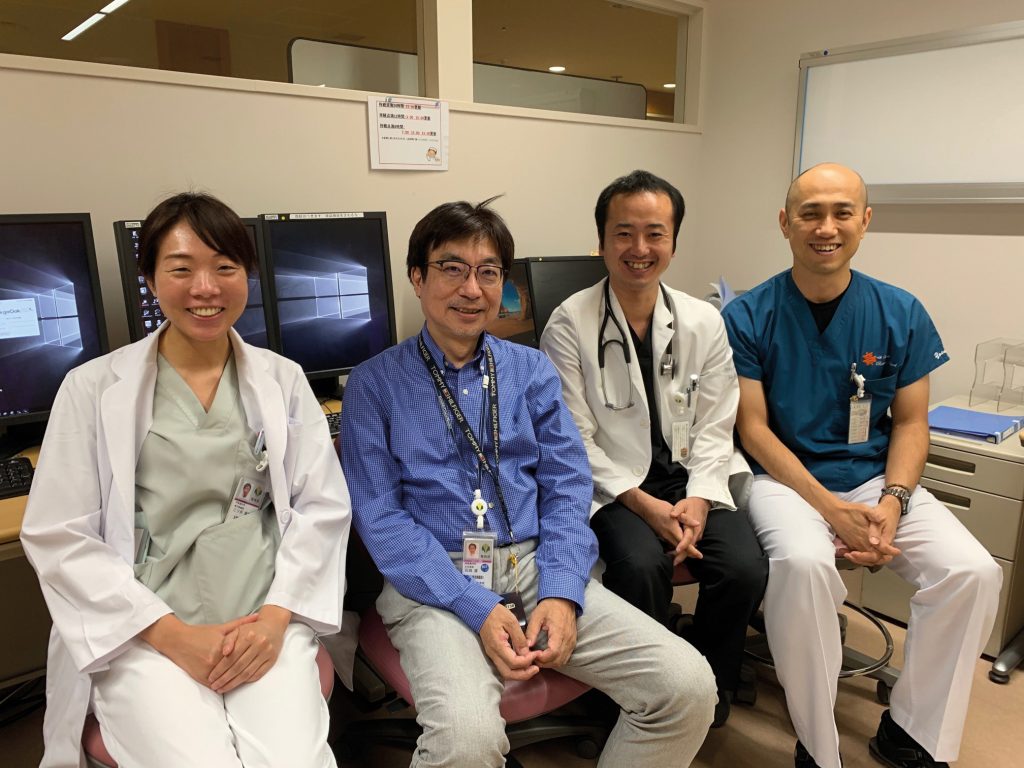 In response to the clinical demand to more accurately detect all forms of L. pneumophila, Asahi Kasei Pharma Corporation (https://www.asahikasei-pharma.co.jp/en/) have developed a novel urinary diagnostic assay, which arrived on the Japanese pharmaceutical market early in 2019. Known as Ribotest® Legionella, the assay uses immunochromatography, a method that generates a coloured line to indicate the result and does not necessitate the use of any special equipment. The assay, which takes only 15 minutes to generate a result, identifies key proteins that are present in serogroup 1 L. pneumophila and other proteins that are present in serogroups 2 to 15 of L. pneumophila bacteria.

It is hoped that the Ribotest® Legionella assay will overcome the major drawbacks to the current existing urinary analysis diagnostic tests kits and the six-point clinical diagnostic framework, and in doing so, allow the rapid and sensitive identification of both serogroup 1 and non-serogroup 1 L. pneumophila infections.

Dr Ito and colleagues anticipate the uptake of this new assay in healthcare situations to make a substantial contribution to the diagnosis of Legionnaires’ disease, identifying the significant proportion of cases that are currently unidentifiable in a timely manner, and subsequently facilitate the timely intervention with appropriate antibiotic therapies.

To this end, Dr Ito and colleagues have conducted an evaluation of the usefulness of the new rapid urinary antigen kit. Patients have already been recruited and studied, and the results will be published in the near future.

With a large sample size of patients, this prospective observational study represents an ambitious and important clinical trial in this field. The primary outcome is the success of the Ribotest® Legionella assay in diagnosing Legionnaires’ disease. The secondary outcome is the extent of agreement between the Ribotest® Legionella assay outcomes with other clinical assessments. Ultimately, this work driving forward early identification and intervention in cases of all L. pneumophila infection is likely to lead to improved clinical outcomes for patients, the reduction and even prevention of patient deaths, as well as a reduction in the associated treatment costs of Legionnaires’ disease. 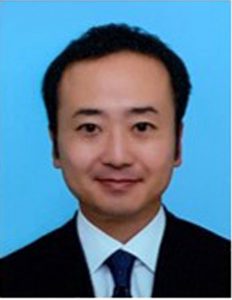 Dr Akihiro Ito, Chief of the Department of Respiratory Medicine for the Ohara Healthcare Foundation at Kurashiki Central Hospital, Japan, completed his medical education in 2004 when he graduated from Mie University School of Medicine. Following this, Dr Ito progressed through junior and senior residencies before joining the Kurashiki Central Hospital in 2009. Dr Ito undertook the Assistant Chief of Department role in 2011 and gained leadership of the department in early 2015. The focus of Dr Ito’s research is based on assessing the likelihood of identifying cases of L. pneumophila using current diagnostic assays and previously confirmed diagnostic criteria. Dr Ito’s work explores methodologies with the aim to facilitate the early and accurate diagnosis of the 20% of L. pneumophila cases that are undetected by current practices. He has published extensively in his field of expertise and is the recipient of several honours and awards. 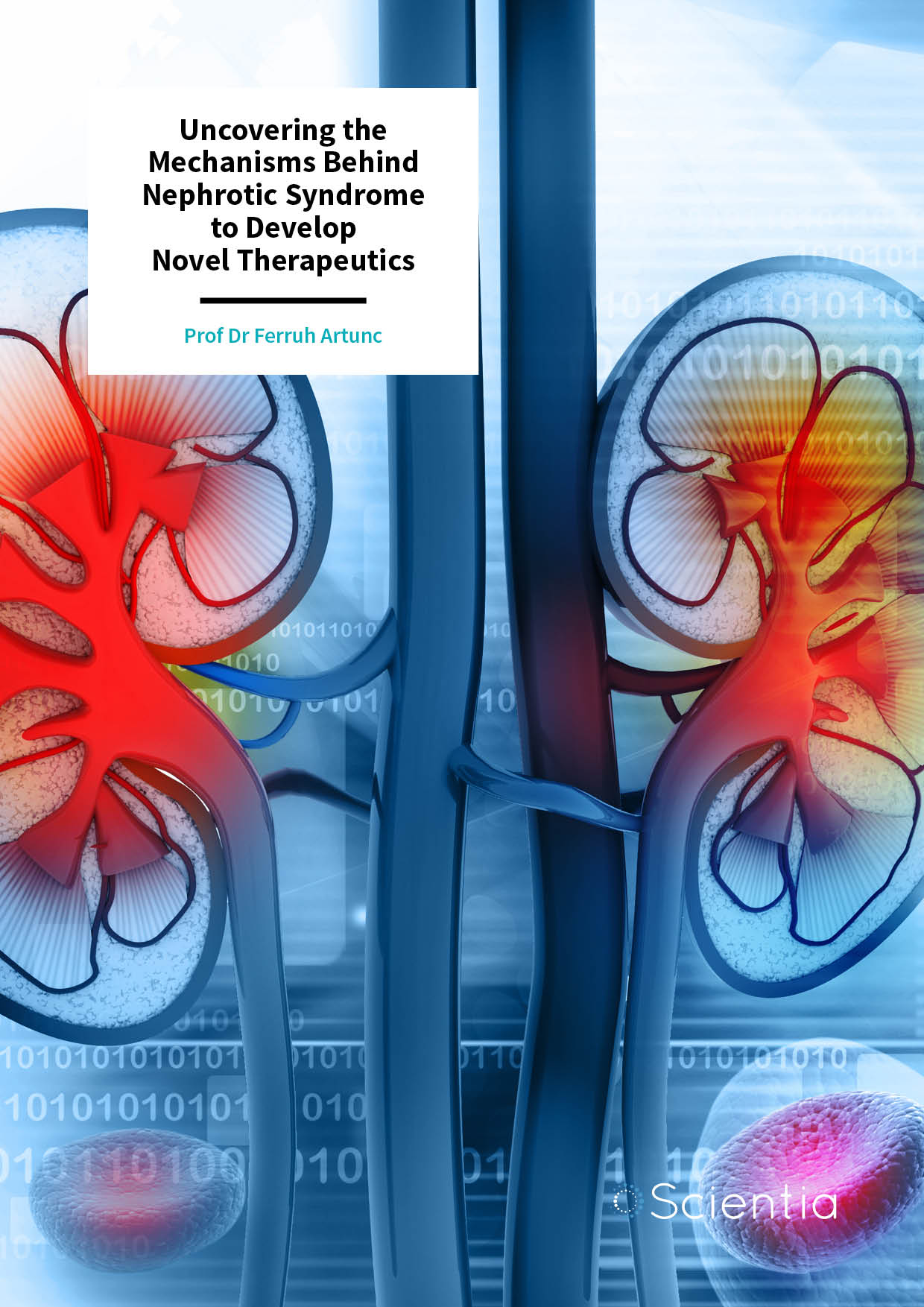 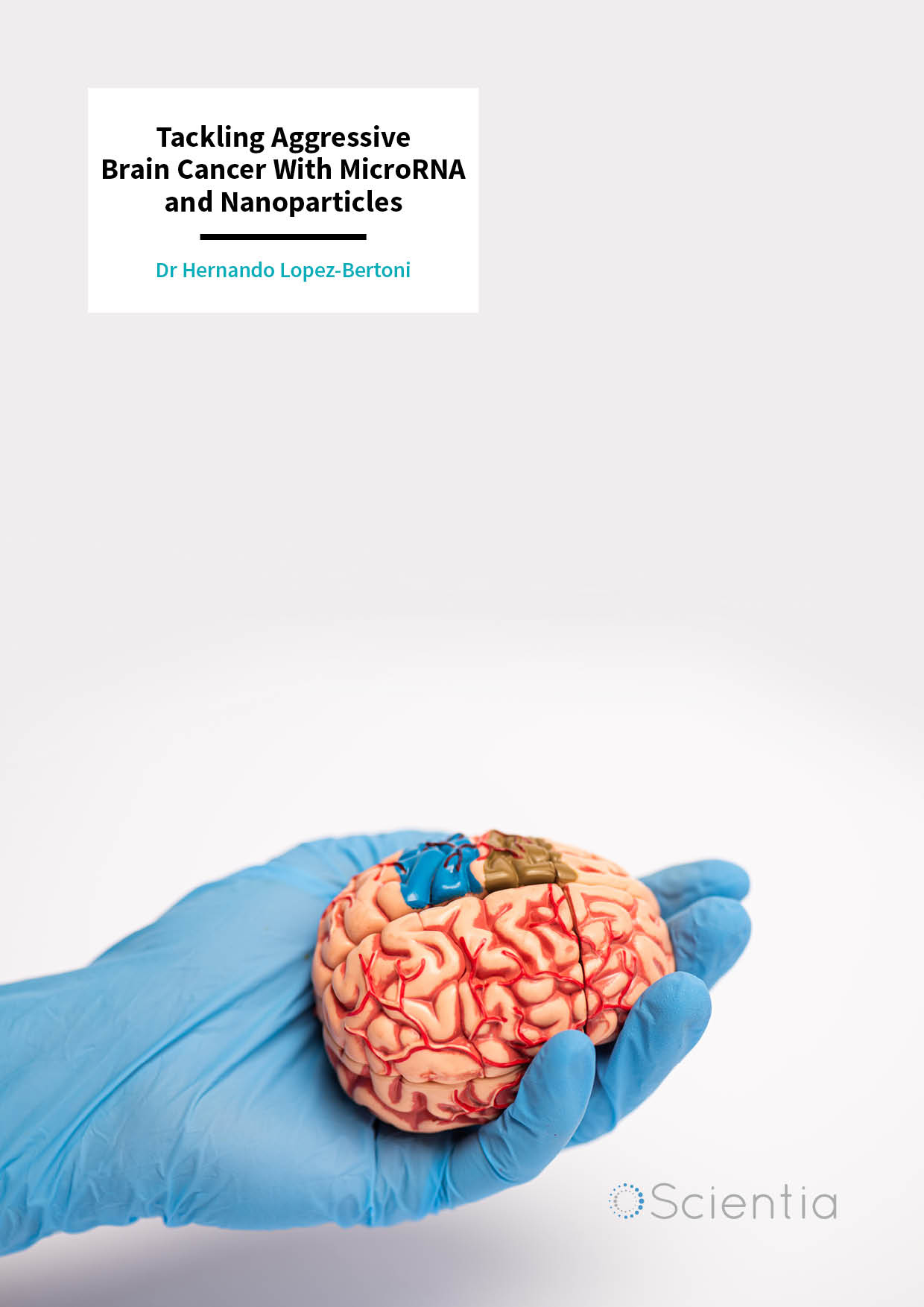