Adults living in certain US states suffer from more illnesses, more disability, and die sooner than residents of others. Dr Mark D. Hayward of the University of Texas at Austin and Dr Jennifer Karas Montez of Syracuse University are investigating these differences in health and exploring their relationship with educational attainment and state-specific policies, so they can work towards addressing the causes of this disparity.

Research into Health Disparities Across US States

People living in some US states have been found to experience poorer health and die sooner than those inhabiting others. In the year 2000 differences in life expectancy across US states were reported to be larger than those between high-income countries, such as Germany, Australia and Japan. These differences have been growing since the early 1980s, especially for women.

One of the most common explanations for these health disparities is that the different states are homes to people with different distinctive characteristics. For instance, people living in Mississippi, where there are high mortality rates, are more likely to be Black and less educated than those in Massachusetts, that has a relatively low mortality rate. In the US, being Black or less educated increases one’s risk of death due to factors such as discrimination, poverty, and regressive tax policies.

A second possible explanation is that different states have different legislation and make varying degrees of investment in their population’s well-being. Applying this theory to the same comparison, unlike Massachusetts, Mississippi does not offer a supplemental Earned Income Tax Credit (EITC), which boosts the income of families with low-wage workers, imposes only a negligible sales tax on cigarettes, and did not expand Medicaid coverage under the 2010 Affordable Care Act.

A team of researchers led by Dr Jennifer Karas Montez of Syracuse University and Dr Mark D. Hayward of the University of Texas at Austin have been carrying out research investigating the validity of these two theories.

The researchers analysed extensive data on adults living in the US from two different surveys: the National Longitudinal Mortality Study and the American Community Survey. The researchers also collected data on the policies and characteristics of all US states. For example, they collected information on the states’ economic environment, income inequality, tobacco control policies, Medicaid coverage, and socio-political factors such as whether the state tends to vote for a Republican or Democratic presidential candidate, as well as characteristics of the states’ populations such as age, sex, race, ethnicity, educational levels. The data collected was then analysed in an attempt to gain a better understanding of the factors behind cross-state health disparities. 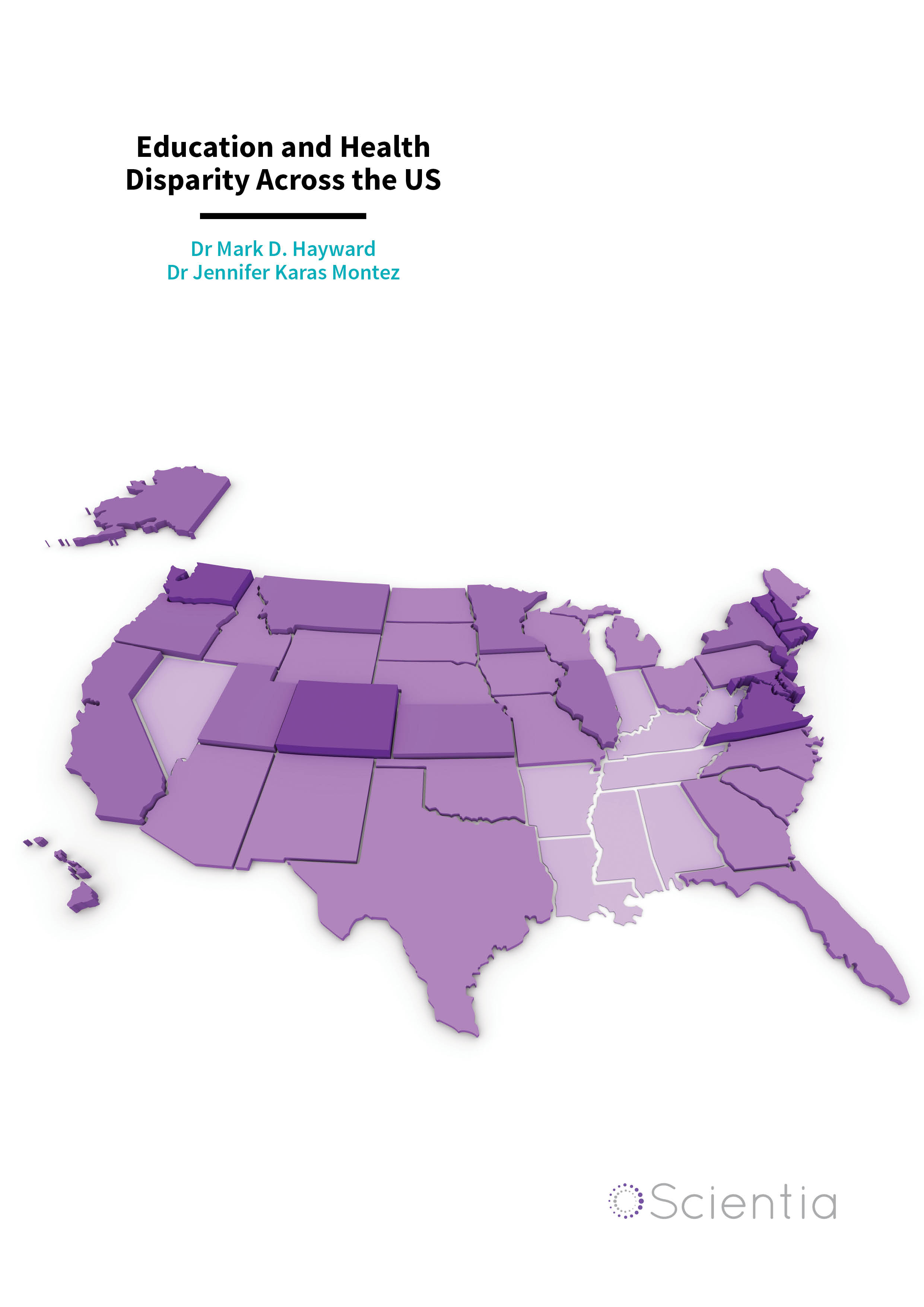 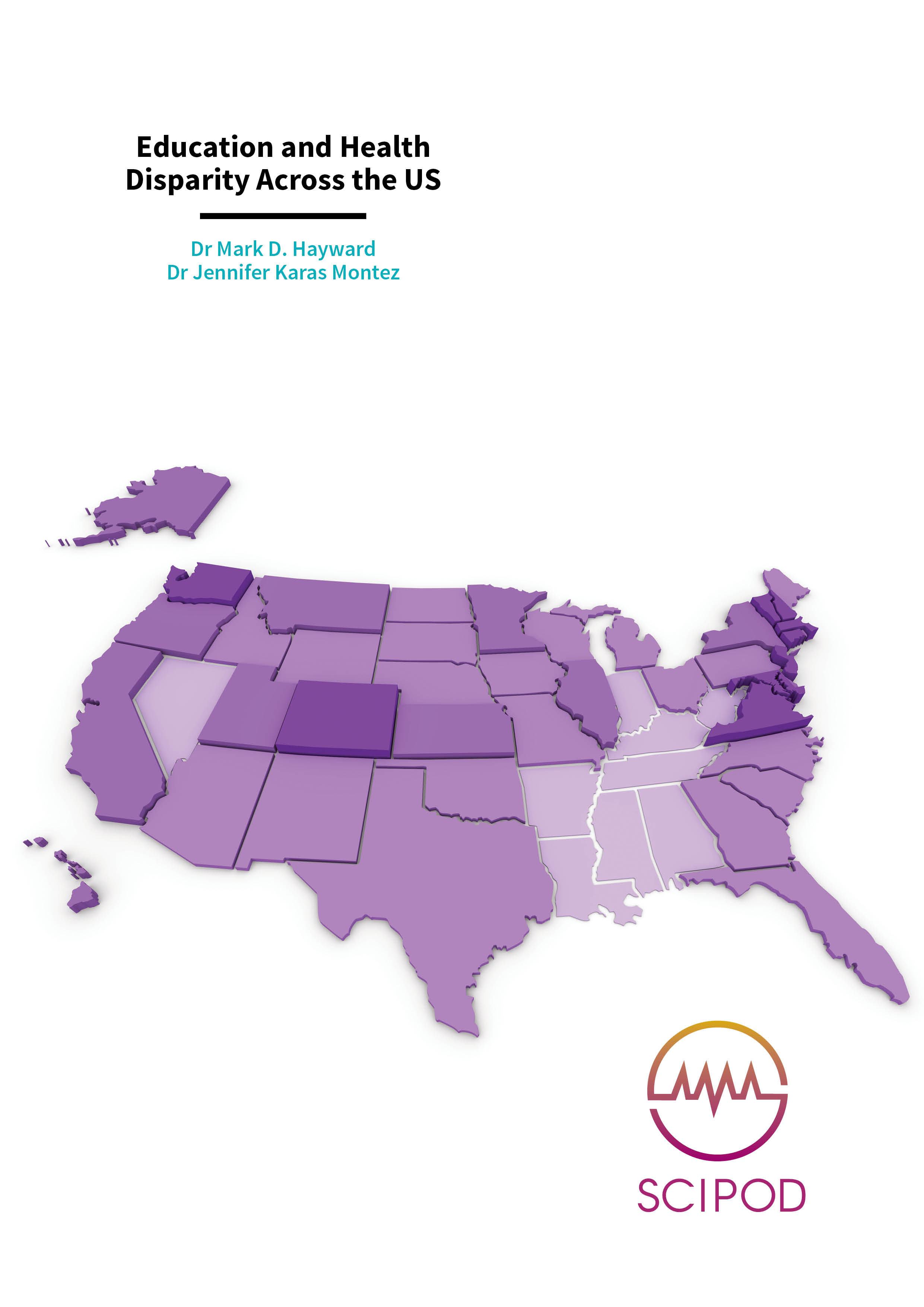 The Relationship between Education and Health Disparities

Drs Montez and Hayward found education level to be one of the strongest predictors of health and mortality rates among US residents. This is aligned with past research findings highlighting the impact of education on an individuals’ health. ‘In the United States, one of the best predictors of how healthy and long someone will live is their education level,’ says Dr Montez. ‘More years of schooling generally translate into better health and longer life.’

A recent study in 2016 found that a 25-year old white man living in the US could expect to live up to 70 without a high school diploma, but his life expectancy would rise to 82 with a college degree.
The reasons for the association between people’s educational level and their health is not, as some would assume, limited to differences in resulting income.

‘Education provides people with a large bucket of resources that they can use to create a healthy life,’ explains Dr Montez. ‘For example, people with more schooling tend to be employed in jobs they enjoy and that stimulate their minds, to marry and stay married, to have large and beneficial social networks, to feel in control of their life, and to engage in healthy behaviours like exercising and avoiding tobacco.’ 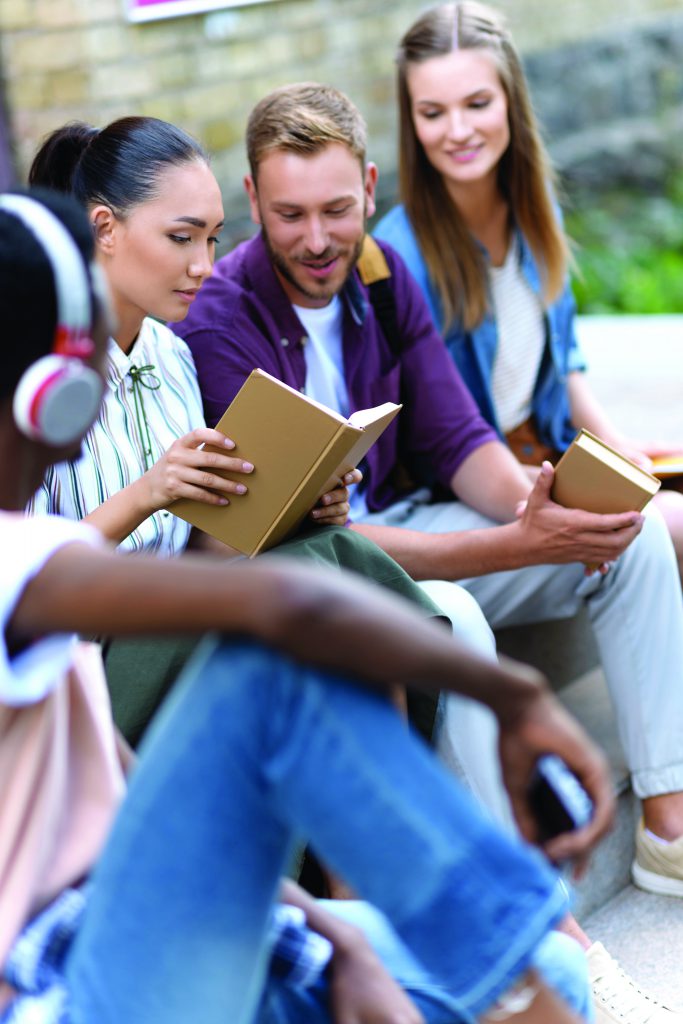 The positive effects of education on health, therefore, go beyond those derived from generally higher salaries, such as access to more expensive medical services. While imparting field-specific knowledge or skills, education also teaches people how to navigate modern society and look after themselves as well as their families and friends. This tends to improve their health and wellbeing, while also opening a broader range of social and economic opportunities for these individuals.

Since the 1970s, social and economic policies have varied considerably across US states. Around that time, the federal government began to give states greater discretion over which policies, programs, and services they fund (a movement called the ‘Devolution Revolution’), and states began to take away the authority of local governments to make their own laws (a process called Preemption).  In their research, Drs Montez and Hayward have explored whether the resulting cross-state differences influenced the extent to which residents’ health was affected by their education level.

‘The relationship between education and health (and longevity) has been replicated in so many studies for so many years that it is has been referred to as a social fact,’ says Dr Montez. ‘A few years ago, our team started questioning whether this social fact was true in all US states. Is having a college degree equally beneficial for health and longevity in all states? Is not graduating from high school equally bad for health and longevity in all states?’

The researchers found that people with college degrees had similar health, regardless of what state they lived in. ‘This makes a lot of sense,’ says Dr Montez, ‘the skills and resources that individuals acquire through schooling inhere within the individuals. A college degree is like a personal firewall. One can take it just about anywhere and it will have similarly large benefits for health.’ 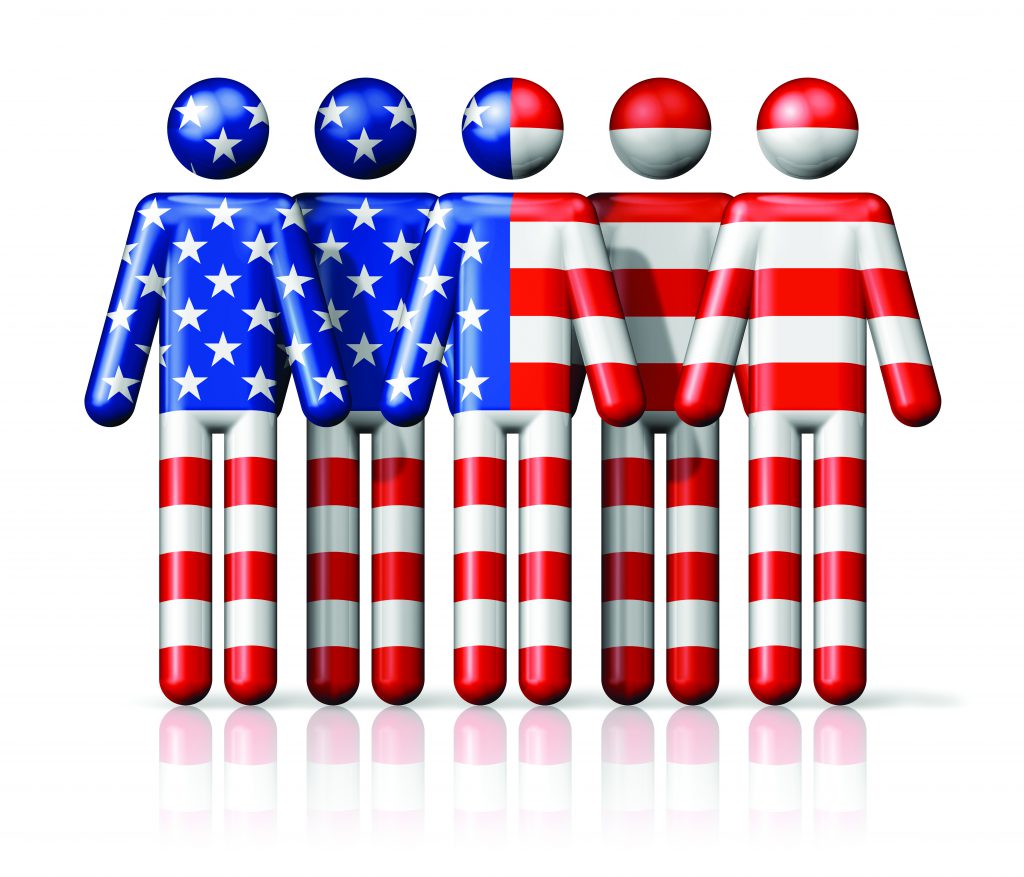 As an example of this, residents of New York and Mississippi with college degrees had similar health, yet those who never graduated from high school had worse health if they lived in Mississippi. The researchers hypothesise that this is probably due to differences in legislations and policies adopted by these two states.

For instance, the state of New York imposed a hefty excise tax on cigarettes, implemented its own Earned Income Tax Credit (EITC), participated in the Affordable Care Act’s Medicaid expansion, and chose not to preempt local governments from introducing health-promoting legislation.

On the other hand, Mississippi retained a negligible cigarette tax, does not offer its own EITC, did not take part in the Medicaid expansion, and chose to preempt the same health-related policies that were accepted in New York. ‘The social and economic policy contexts of these two states are now dramatically different,’ Dr Montez explains, ‘and these differences are more salient to low-educated adults than they are to college-educated adults.’

Drs Montez and Hayward also examined in detail the mortality rates of US residents between 45–89 years of age. Their analyses revealed that the probability that a woman or man died in a given year differed according to the state in which they resided. The researchers quantified differences in the mortality rates across all 50 US states and then separated them into those due to individuals’ characteristics (such as race) and those due to the states’ characteristics (such as tax policies).

The main state-level factor influencing male mortality appeared to be their state of residence’s tobacco environment, but for women state-level social and economic characteristics mattered more. The researchers describe how, ‘women are more likely than men to be living in poverty, raising children, caring for aging parents, and interacting with the medical care system. State health, education, childcare, and workplace policies can ease any or all of these challenges – and these challenges can be more difficult for women to navigate if states do nothing or make matters worse.’

Another study carried out by Dr Montez and her colleagues revealed that the probability of having a disability also differs across states, both because of the varying attributes of residents and the states they live in. Overall, the probability of having a disability was found to be lower in states with stronger economic output, more income equality, state supplemental EITC, and for middle-aged women, higher cigarette taxes. 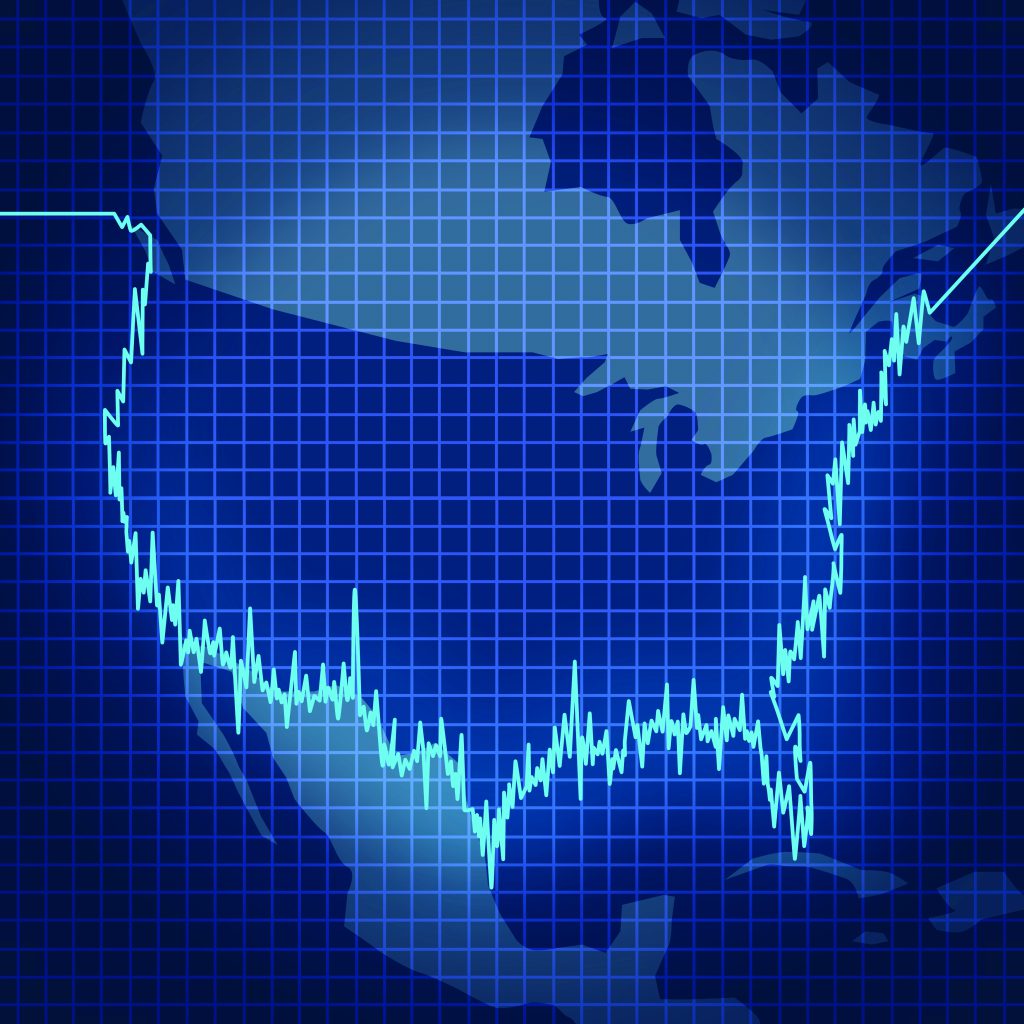 The Path Towards Improving Health for all Americans

Research has consistently highlighted the presence of significant health and longevity disparities across different US states. These differences have been found to be associated with a host of factors, including the educational attainment of the states’ residents. Drs Montez and Hayward’s work confirms the role of education in fostering health, while also suggesting that, due to varying policies and regulations across US states, poor education has more serious effects in certain states.

Government initiatives or legislations that impede young people’s access to education could therefore have serious consequences on their adult life. In an Opinion Editorial published in the Huffington Post, Dr Montez highlighted the potential health risks of bills proposed by the House and Senate, which would tax graduate students on the cost of their tuition and move investments in education, which are largely derived from public tax dollars, away from public schools to private ones.

In their work, Drs Hayward and Montez  have also suggested steps that could pave the way towards better health for all American citizens, such as policies that ensure equal access to quality education, measures aimed at closing income gaps, and initiatives fighting tobacco or drug use.

‘The next step in our project is to explain why certain US states are so hazardous for individuals with low levels of education,’ says Dr Montez. ‘What policies, or combination of policies, explain why low-education is more hazardous to your health in some states than others? Ultimately, we want to develop a set of recommendations that states can implement to improve the health and longevity of their residents.’ 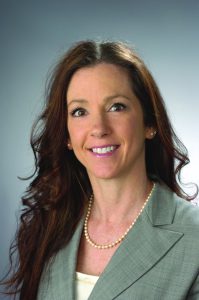 Dr Jennifer Karas Montez is a Professor of Sociology and the Gerald B. Cramer Faculty Scholar of Aging Studies at the Maxwell School of Citizenship and Public Affairs at Syracuse University. She holds an MA in Sociology from the University of Houston and a PhD in Sociology from the University of Texas at Austin, as well as a BS in Mathematics and an MS in Statistics from Purdue University. She completed her postdoctoral training in the School of Public Health at Harvard University. Dr Montez investigates trends and inequalities in adult mortality in the United States. Her work aims to explain why trends since the 1980s have been particularly troubling for women and for adults with low levels of education. 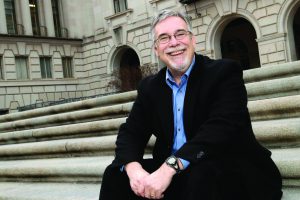 Dr Mark Hayward is a Professor of Sociology, a Centennial Commission Professor in the Liberal Arts, and a faculty research associate of the Population Research Center at the University of Texas at Austin. He attained a BA in Sociology from Washington State University, as well as an MA and a PhD in Sociology from Indiana University. Dr Hayward has served as the president of the Southern Demographic Association, chair of the Sociology of Population and Aging and Life Course sections of the American Sociological Association and sits on several other scientific advisory boards around the US. His research primarily addresses how life course exposures and events influence health and mortality in the adult population.

US National Institute on Aging

MD Hayward, RA Hummer and I Sasson, Trends and group differences in the association between educational attainment and US adult mortality: Implications for understanding education’s causal influence, Social Science and Medicine, 2015, 127, 8–18.

JK Montez, A Zajacova and MD Hayward, Disparities in disability by educational attainment across US states, American Journal of Public Health, 2017, 107, 1101–1108.