At this unique time in history, science communicators thus have a particularly big responsibility, as they are ultimately the people conveying the latest technological advances or research discoveries to non-expert audiences. A poorly reported scientific accomplishment can create great confusion and spark false beliefs or misunderstandings, while an accurate and well-explained article can enhance knowledge and improve the general public’s understanding of science.

As scientific journalists and writers, there are several things that we should consider when approaching the public and drafting articles. These includes elements related to tone, language, article length, and additional media or resources.

Here are 5 tips that science communicators could find helpful when trying to translate complex scientific ideas or achievements to a non-expert audience:

Before a scientific journalist starts writing a story, it is always advisable to get a good grasp of who is most likely to read it and what their target audience is, to ensure that the language used in the article can be easily understood by readers.

When articles are primarily read by a non-expert audience or by people with a very basic understanding of science, communicators should try to use language that is simple but effective and get straight to the point, without providing unnecessary information that would be difficult for readers to understand.

In addition, if researchers or scientists agreed to be interviewed for the article, it is useful to let them know the extent to which the audience understands their field of expertise, so that they can phrase answers to interview questions appropriately.

For instance, a question could start by saying ‘In relatively simple terms, could you explain…’ or ‘how would you explain the impact of your work to someone who has no knowledge of…’

By doing this, journalists will ensure that the quotes they include in their articles are easy for readers to grasp and add colour to the story, rather than putting a non-expert audience off or forcing readers to continuously browse the web for definitions. Which brings us to the second tip…

As a general rule, when writing science or technology articles aimed at a non-expert audience, it is advisable to avoid scientific jargon altogether. In some cases, however, the use of such jargon is unavoidable, particularly when the paper or information that is being conveyed to readers is very specific and can only be explained using scientific terms.

If this is the case, however, journalists or writers should make sure that all the scientific terms used in their work are adequately explained and defined. This could mean rephrasing scientific definitions to make them clearer and easier to understand. It could also mean using effective and carefully chosen metaphors, similes, or analogies, which could help readers to relate more to the topic covered in the article they are reading.

For instance, instead of describing a complex physical process (e.g., a vortex) using a large amount of scientific jargon, a journalist might choose to provide simple examples of how this process manifests in the real world (e.g., in whirlpools, smoke rings, the winds surrounding a cyclone or tornado, etc).

Similarly, a tech journalist trying to describe how a new technology works could refrain from explaining the computations it carries out and focus more on its applications, features, and capabilities. 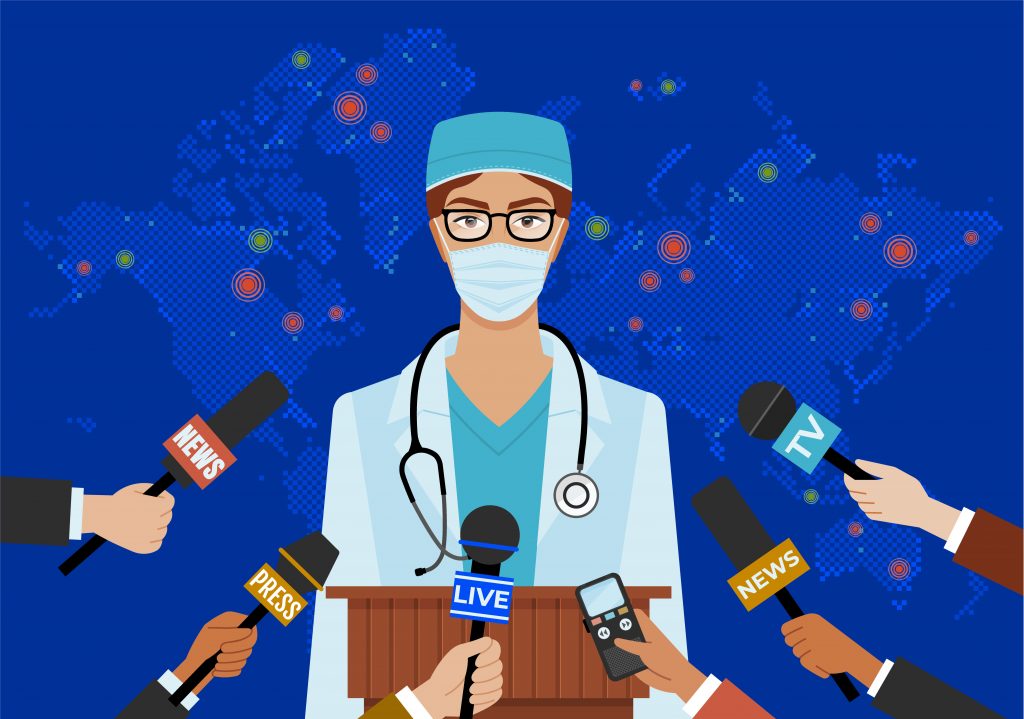 I think that this point cannot be stressed enough. While there have been countless articles about how artificial intelligence is a threat to humanity, potential cures or preventative treatments for COVID-19, and so on, science is usually far from sensationalist and relies solely on experimental evidence.

While sensationalist articles can appeal to audiences, the primary goal of a science communicator should always be that of reporting advancements as accurately and meticulously as possible. In most scientific disciplines, in fact, a finding that might seem reliable one day may be disproved in further studies; thus, it is important to avoid presenting findings that are not backed by substantial evidence as ‘facts’.

As not all readers who read about a scientific discovery or finding will continue reading about it in the future, the message conveyed by a scientific article should always be honest and reliable. In other words, after reading an article, non-expert readers should be aware of the scientific community’s confidence levels in claiming that a particular finding is ‘true’ or reliable. If a journalist invertedly portrays a finding as a ‘fact’ and this is later disproved by further studies, a reader might never become aware of this and might end up maintaining inaccurate beliefs.

Similarly, science communicators should avoid biases and prevent their own personal opinions from affecting the ways in which they convey ideas or achievements. For instance, a journalist writing about an artificial intelligence tool should ideally refrain from portraying it as ‘good’ or ‘bad’ for society, but instead explain why it was developed, what it can do, and how it could be used in the future.

In addition, if the opinions of an expert or researcher are included in the article, a communicator should clarify that these are not facts and that other scientists might disagree. This could be done by starting a researcher’s quote with ‘In my opinion’, or rephrasing it as ‘The researcher believes that…’

While this might not always be applicable, as some research studies are purely theoretical or aimed at better understanding specific phenomena, where possible and applicable it is useful to explain how a given discovery or advancement could manifest in society.

This is especially true for most tech-related articles, such as those focusing on the development of new software tools, robots, computational models, battery technologies, or electronic components, as well as medical, psychological, and neuroscientific papers. If readers understand the impact that a scientific discovery could have on their lives or on the lives of their loved ones, they might be more likely to become interested in a topic and continue seeking out reliable scientific information.

Of course, the impacts presented in scientific articles should ideally be clear and based on evidence, rather than on suppositions, opinions, or vague possibilities. On the other hand, if a new discovery could have an impact on society but this is not yet certain, journalists should make this very clear in their writing by choosing words carefully. 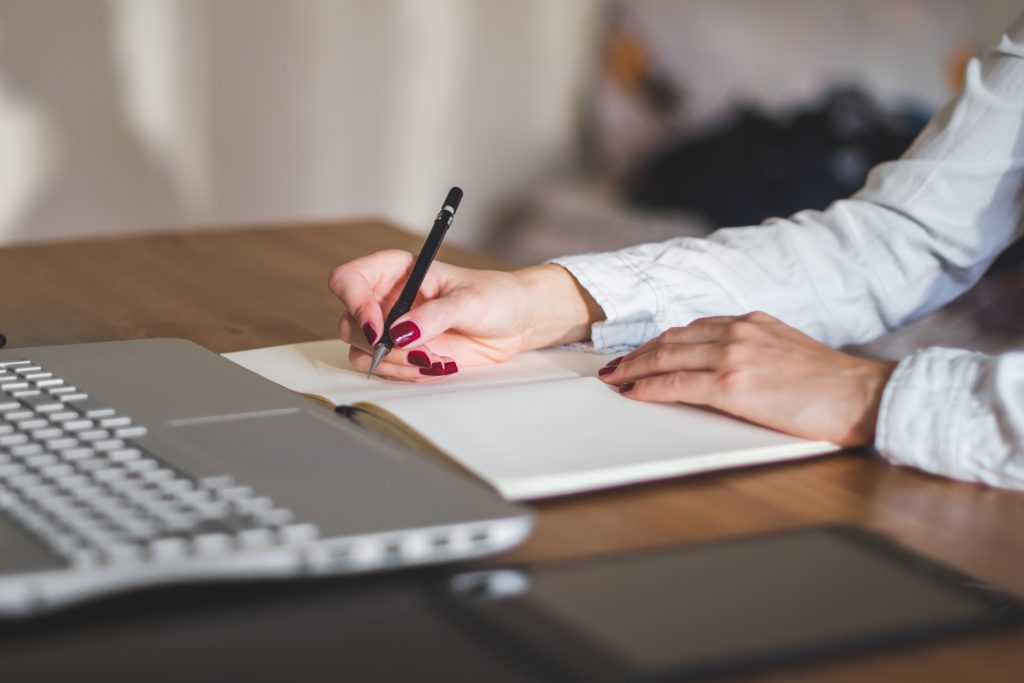 When scientific topics are particularly complex and difficult for non-expert audiences to understand, additional media and resources can prove particularly useful additions to a story. This could include videos, animations, illustrations, simple figures, or images of an experimental setup, as well as hyperlinks to other articles, related websites, or background information.

In most cases, it is best to avoid the use of very complex diagrams, tables, or graphs that readers might be unable to interpret, but rather focusing on images that are clear, visually appealing, or easily relatable. For instance, if an article is about a robot, a reader might be interested in seeing what it looks like or watching a video showing how it moves and the speed at which it completes a given task. On the other hand, in articles about neuroscientific or medical discoveries, it might be helpful to provide a simple illustration showing relevant parts of the brain or body and their functions in a simplified way.

As we convey scientific topics to people all over the world, we should ultimately try to strengthen their understanding of science and promote truthful communication. These simple tips could help to remember our main objectives as science communicators, while ensuring that articles are appealing to non-expert audiences, accurate, informative, and easy to understand. 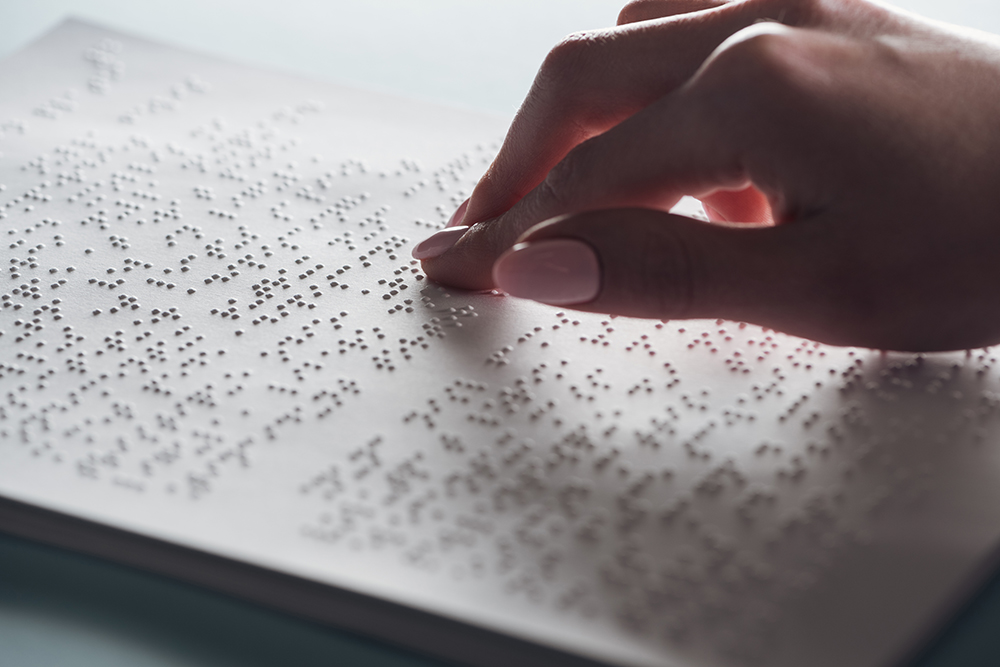 While there have been numerous efforts to improve the quality of life of people with sensory impairments, there are still many instances in which visual or hearing impairments can limit one’s experiences. This includes the communication of information online or through other media platforms.