Science is logical, rational, and built on accuracy. Comedy is often illogical, farcical, and twists reality for humorous effect. It stands to reason then, that science and comedy don’t mix.

Some scientists think they do. And audiences seem to agree! ‘Bright Club’, a collection of stand-up comedy-meets-science style events, has gone from strength to strength since its inception in 2009. From its first gigs in London, Bright Club has spread to Manchester, Wales, Newcastle, Scotland, Bristol, Oxford, Ireland, and even Australia. And who could forget the sitcom The Big Bang Theory, which found a receptive and loyal audience across the world, not just amongst scientists themselves.

Arguably, some of the best comedy routines exhibit some commonalities with the scientific method. Observational comedy is known for analysing, in minute detail, everyday occurrences that we take for granted to demonstrate their absurdity. Science too, is rooted in analytical observation. This is good news for any scientists thinking of flexing their funny on stage.

Humans and – to a certain extent – our ape relatives, are unique within the animal kingdom in expressing our mirth through laughter. We are primed to enjoy humour. And enjoyment has a wealth of benefits that could enhance the effectiveness of science communication. As social beings, humour can help bridge the gap between us, build rapport and trust, and humanise subjects that can often seem dry or even boring. Humour demonstrates that scientists are, in fact, also humans.

Scientists, and science in general, have been accused of being elitist and out-of-touch. Various SciComm strategies have sought to address this and rewrite old stereotypes. Making science and scientists more relatable and less intimidating benefits everyone; scientific advancement is for the whole of society – not just for scientists.

Publications such as Scientia bridge the gap between researchers and the public by making science accessible. Social media platforms have given tech-savvy scientists an opportunity to connect directly with the public in bite-size snippets. Blogs, infographics, videos, and podcasts all provide an arsenal of SciComm tools. Comedy and humour provide another, that can be used in isolation – for example through events like Bright Club – or integrated into other mediums – like a sprinkling of humour in an educational video.

Effective comedy can even capture new audiences with no pre-existing interest in the subject. People uninterested in sitting through a lecture on the intricacies of neuroscience, for example, may be captivated by a stand-up comedy routine by a witty neuroscientist unpicking some of our weirder human behaviours. 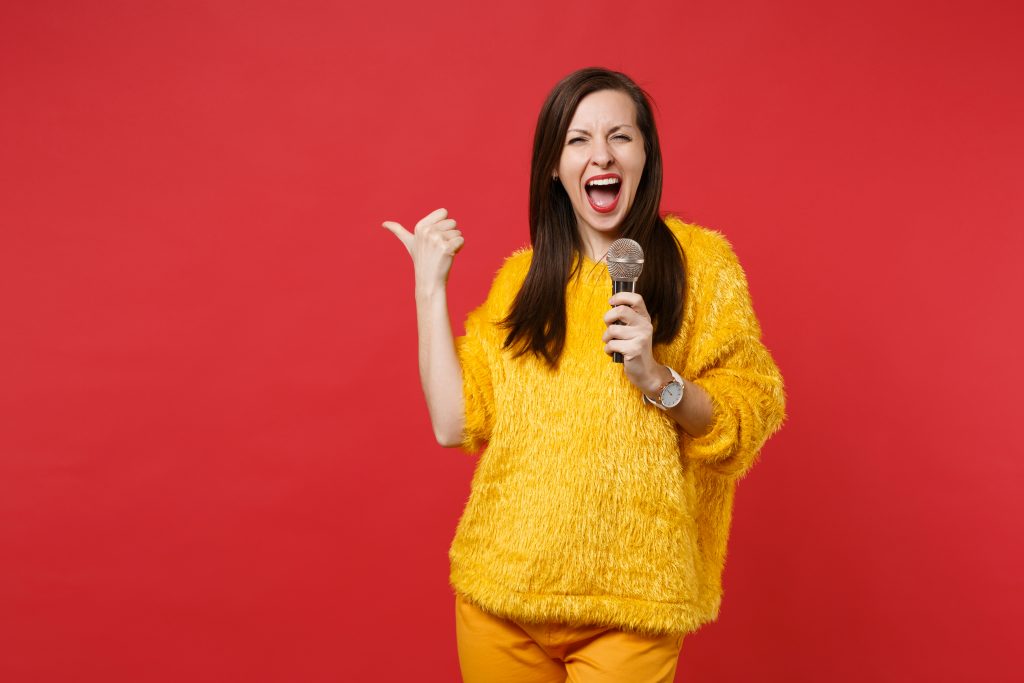 Comedy is not always a hit though. Jokes that don’t land can actually do more harm than good, by reinforcing the message that scientists are stodgy and humourless. Joking about sensitive or serious topics, if not done with finesse, can trivialise important science. Poorly timed, excessive, or incongruous humour can be off-putting.

Making friends and colleagues laugh in casual conversation might indicate that one has a natural humour that can be turned to comedic stylings. But that shouldn’t deter everyone else. The mind behind Bright Club, Dr Steve Cross has had great success teaching scientists with no prior experience to write – and deliver – comedy that hits the mark.

So how can scientists-turned-comedians ensure they get more giggles than groans?

Find the funny in your field.

Science is full of potential puns, wordplays, metaphors, and stories. As with other professions, audiences don’t need to be scientists themselves to appreciate the jokes. Keeping it accessible is key.

Make in-jokes or use too much jargon.

Of course, if a physicist is giving a lecture to a room of fellow physicists, a few well-timed jokes about string theory versus loop quantum gravity might be met with riotous laughter. Knowing your audience is vital for any SciComm – including comedy.

Use humour to discredit pseudoscience.

Ludicrous and illogical pseudoscience is a pot of comedy gold. Remaining non-aggressive and impersonal is vital though – inexperienced scientist-comedians beware.

Make jokes at other people’s expense.

Yes, you may think climate change deniers are the worst. But jokes that position scientists as ‘us versus them’ alienate people. People that may otherwise be receptive to the underlying message if they didn’t feel personally attacked.

Use humorous anecdotes about the realities of doing science.

People love a good story. Craft a narrative interspersed with humour to bring the audience with you along a journey. Use artistic license to embellish, condense, and tailor the storyline to suit the delivery.

There is a reason comedians are so different – from one-liner specialists like Jimmy Carr, observational masters like Michael McIntyre, storytelling wizards like Billy Connelly, to surrealism champions like Maria Bamford – everyone’s sense of humour is a little different. Play to your strengths and you will find your audience. 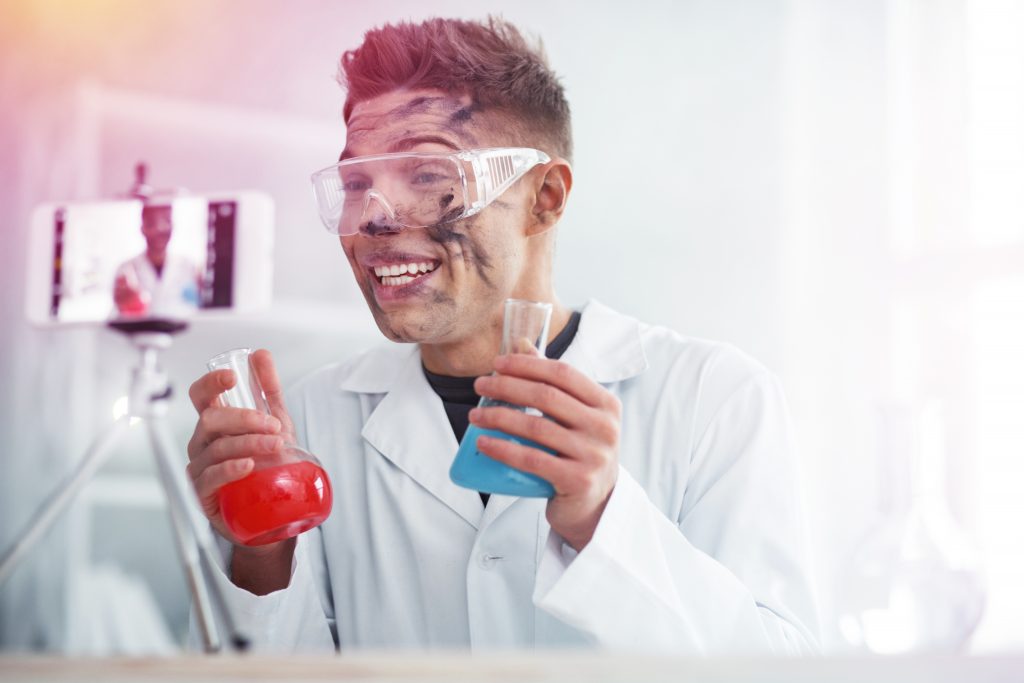 Crafting good comedy takes work. Write, edit, write, and edit some more – and then deliver your jokes to different people. Much like saying a word repeatedly and it losing all meaning, the dissection of situations, words, and topics can make your jokes seem lacklustre to yourself after a while.

Choose the first joke that pops into your head.

A large part of humour is being presented with the unexpected. The first joke you think of may well be the first that everyone else thinks of too, diluting its comedic impact. The second, or even third, joke is less likely to be guessed by your audience before you have had a chance to deliver it.

Finally, I leave you with some jokes…

Have you heard the one about a chemist who was reading a book about helium?

He just couldn’t put it down.

All the good ones Argon. 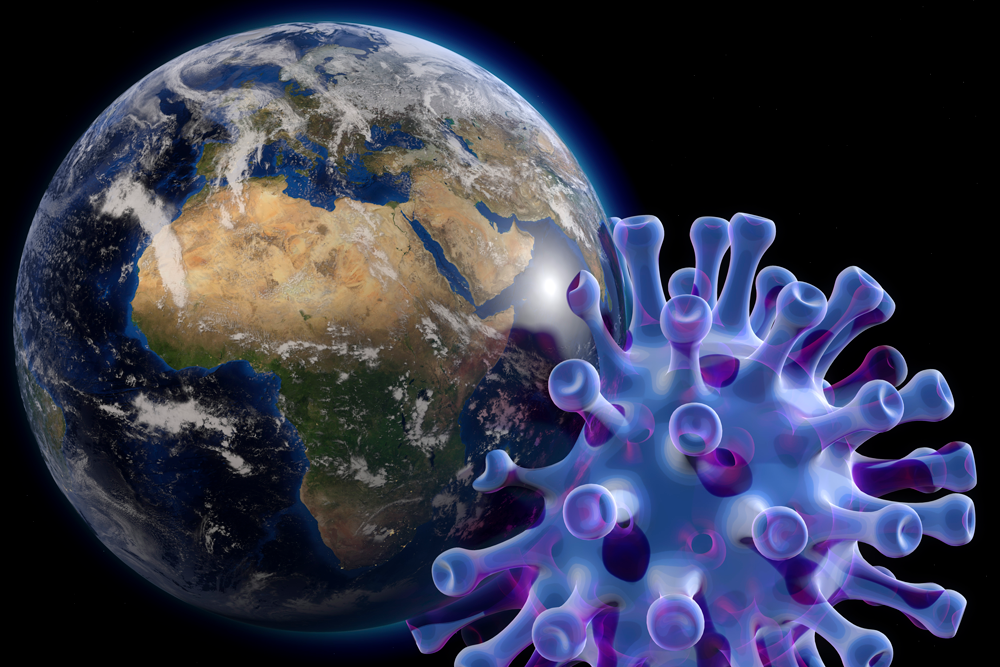 For over a year-and-a-half, countries worldwide have been trying to manage the outbreak of COVID-19. The ongoing pandemic came as a surprise for most people. In many ways, the virus reminded us of just how powerful and unpredictable nature can be.