Atherosclerosis is a global health issue. Atherosclerosis is a multifactorial chronic inflammatory disease characterised by the accumulation of modified lipoproteins and immune cells in the aortic wall, vascular dysfunction, low-grade chronic inflammation, and formation of dangerous atherosclerotic plaques within the medium and large size vessels. Atherosclerosis is a prominent cause of cardiovascular diseases and mortality in many countries and this disease is closely associated with type 2 diabetes. Dr Elena Galkina, Professor of Microbiology and Molecular Cell Biology at Eastern Virginia Medical School, USA, has been working to determine the immune processes involved in an attempt to identify much-needed novel therapies.

The Immune Link with Atherosclerosis

A host of immune cell types have been associated with the initiation and progression of atherosclerosis. Dr Elena Galkina, Professor of Microbiology and Molecular Cell Biology at Eastern Virginia Medical School, USA, has identified the presence of many immune cell types, including both B- and T-lymphocytes, within normal aortic tissues as well as atherosclerotic tissue.

Furthermore, Dr Galkina has demonstrated that at least partial control of both T- and B-lymphocytes is managed by L-selectin, a molecule known to be involved in the ‘homing’ of T-cells to specific lymph nodes.

Function of B-lymphocytes in Atherosclerosis

Atherosclerosis, the leading cause of cardiovascular disease, accounted for approximately one-third of deaths in the USA in 2010. In an effort to reduce the rate of atherosclerosis development and progression, drugs or lifestyle changes are prescribed clinically. Unfortunately, this strategy only delivers an incomplete reduction of atherosclerosis.

Dr Galkina’s team indicate the imperative nature of further investigation into the pathways that may confer protection against initiation and progression of atherosclerosis. There is a substantial body of evidence that demonstrates the involvement of both the innate and adaptive immune response in the chronic inflammation that initiates and promotes atherosclerosis. Different cell types and even different sub-groups of the same cell type may be either pathological or protective with regards to atherosclerosis.

As the team has shown, B-cells are found in both atherosclerotic and normal aortic tissue, with differing ratios of B-lymphocytes of a specific sub-type being associated with atherosclerosis, both protective and disease-promoting.

It is largely accepted that B-cells do have a role in the initiation of atherosclerosis; however, the activation mechanism and the balance between protective versus disease promoting B-cell types remains to be elucidated. 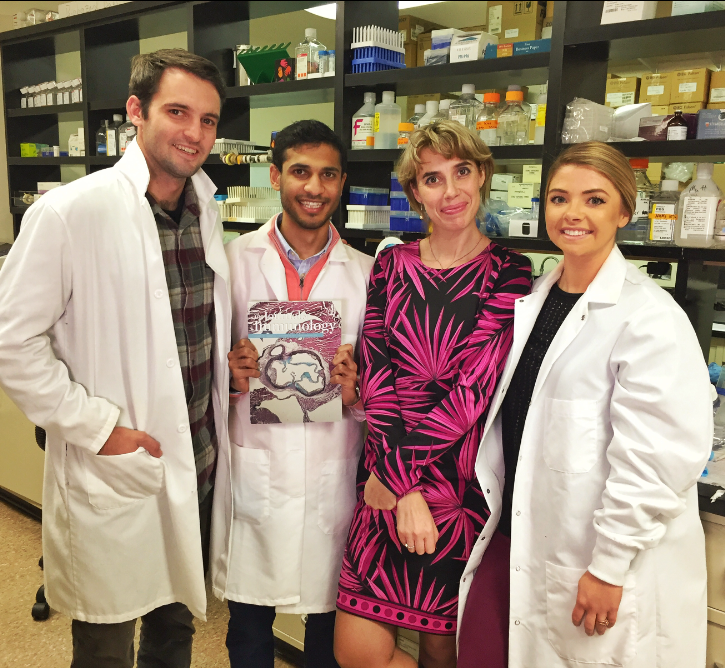 The research team is proposing to extend their work in the area of B-cell function and specific pathways for mLDL uptake, defining the pathways and, critically, the effect of this uptake on B-cell function. Initial research supports the induction of inhibitory pathways and changes in B-cell phenotype.

GRAIL and other E3 ligases are known to play a role in inducing tolerance in some immune cells, that is, they prevent the immune cell from responding to its own antigen target. Having demonstrated the presence of GRAIL and E3 ligases in B-cells, a collaborative team led by Dr Galkina and Dr Nurieva now proposes that a GRAIL-dependent mechanism is an inhibitory pathway that assists in regulating the B-cell activation threshold and induction of B-cells which do not respond to their antigen (anergic B-cells).

In their future plans, the team aims to identify the molecular mechanisms by which GRAIL exerts these effects on B-cells and the association with atherosclerosis.

Effector T-cells and Their Influence on Atherosclerosis Development

Dr Galkina and her colleagues have investigated the mechanism by which T-lymphocytes are involved in progressing atherosclerosis. Specifically, they interrogated the role of a receptor present on the surface of a sub-group of T-cells, CXCR6. They detected a significant correlation between this receptor expression on T-cells and atherosclerosis development.

In the absence of CXCR6, aortic lesion formation was found to be half that of CXCR6 sufficient mice. In addition, CXCR6 was positively associated with INF-γ, that is, where CXCR6 was low or absent, the concentration of pro-inflammatory cytokines was also reduced. Conversely, higher levels of CXCR6 induced production of INF-γ which, in turn, increased the recruitment of T-cells and macrophages (large white blood cells which are part of the immune system and a key component of atherogenesis) via up-regulation of a number of expressed proteins. Indeed, the team found that a population of CXCR6 deficient mice had a 90% reduction in one important sub-group of macrophages within the aorta.

Cardiovascular disease related to atherosclerosis is increasing. Given the established link between inflammation of fat tissue, loss of beta cell function in the islets, and insulin resistance, the team of Dr Galkina and Dr Nadler team now intends to interrogate the link between loss of beta cell function and cardiovascular disease (CVD). They propose that identification of a shared pathway opens the door to developing dual-purpose therapies, that is, a methodology that addresses both beta cell decline and CVD.

Atherosclerosis is recognised as a major factor related to CVD in diabetic patients. As we have seen here, it is clear that atherosclerosis is a highly complex condition, involving a multitude of different pathways and systems throughout the body, and critically, includes the inflammatory immune response. Atherosclerosis-related inflammation is driven by a complex interaction and balance of immune cell subsets. However, within this myriad of immune cell interactions, there is a body of evidence that highlights the important role of myeloid cells in this damaging pathology. 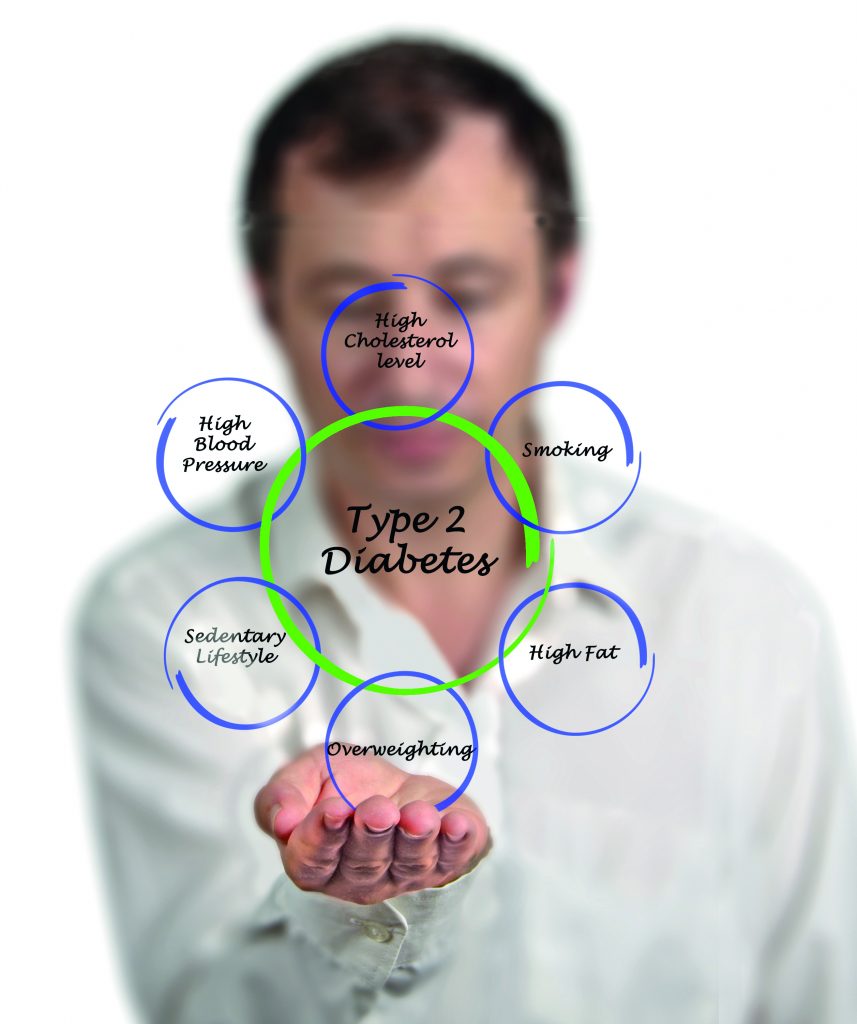 Initiation of Atherosclerosis in Insulin Resistance

Using an animal model that displays both atherosclerosis and insulin resistance, the team found that low/no STAT4 levels leads to reduced atherosclerosis and enhances the metabolic response. Looking directly at the numbers of plaques in STAT4-deficient mice compared to diet-aligned controls, they found significantly fewer lesions – up to a 36% reduction. Furthermore, the plaque area at the aortic root was significantly smaller in the STAT4-deficient mice compared to controls.

The team extended the study timeline to account for the later stages of plaque formation and found that STAT4-deficient animals continued to show reduced plaque burden (at a rate of approximately 45% reduction) compared to matched controls.

When the research team focused on the role of STAT4 with respect to immune cell infiltration and immune reactions, they found that the initiation of atherosclerosis was affected via pro-inflammatory macrophage activity, altering the ratio of two important sub-groups of T-lymphocytes, leading to local immune response modulation within the aortic cell wall in insulin resistance-accelerated atherosclerosis.

Importantly, these findings suggest a possible therapeutic role for the modulation of STAT4 expression in reducing the accelerated atherosclerosis that is associated with insulin resistance and type 2 diabetes.

In their future work, Dr Galkina’s and Dr Nadler’s research groups plan to untangle the pathways that drive myeloid cell activation and differentiation in atherosclerosis. They have previously investigated the important role of STAT4 in the mouse model, and they have demonstrated that deficiency – or blocking – of this important molecule conveys protection against atherosclerosis. They found that this occurs via control of macrophage activation and disruption of the delicate balance of cell recruitment, death, and proliferation. These areas of cellular activity are vital to the progress of their work.

The team will extend the reach of their work by investigating the role of STAT4 activation of neutrophils, which is known to lead to beta cell dysfunction, decreased metabolic activity, and increased atherosclerosis. The team hypothesises that there is a common pathway, linked to STAT4, which targets macrophages and neutrophils to progress the dual pathologies of type 2 diabetes and atherosclerosis. Importantly, this research will inform the development of innovative treatments to maintain beta cell mass and simultaneously reduce the accelerated cardiovascular disease which is strongly correlated with pre-diabetes and diabetes. 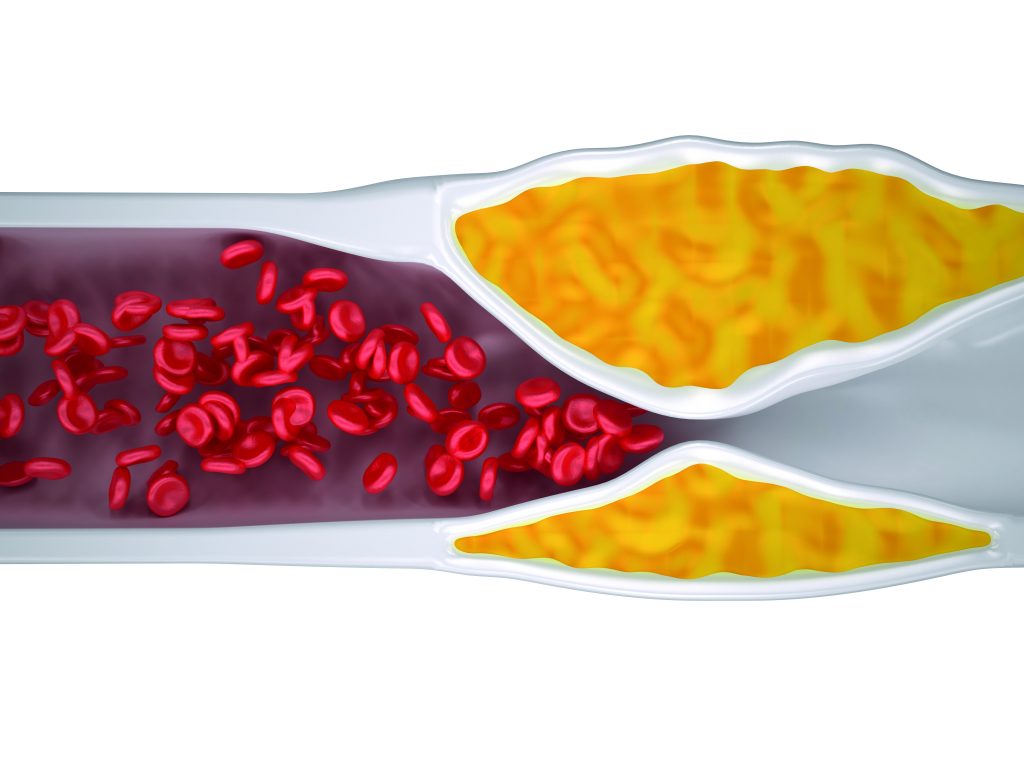 Diagram of Atherosclerosis: A Clogged Artery

It is well established that metabolic stress from excessive nutrition provokes islet inflammation and dysfunctions via lipotoxicity, and oxidative and endoplasmic reticulum stress, resulting in type 2 diabetes. While the role of the immune system in adipose tissue inflammation in type 2 diabetes is becoming more and more clear, very little is known about the impact of the immune system on islet health and functions in the conditions of type 2 diabetes. Thus, Dr Galkina and Dr Imai, an endocrinologist at the University of Iowa, initiated a project to determine lymphocyte and cytokine profiles in islets from normal human donors and type 2 diabetics. They found higher levels of CCL2, a protein that recruits specific immune cells to a site of inflammation, and TFN-α, an inflammatory cytokine, in type 2 diabetic derived islets when compared to normal islets.

In moderately functioning type 2 diabetic islets, some specific types of immune cells were increased in number when compared with poorly functioning islets. A range of both T- and B-lymphocytes was found in both healthy and damaged tissue; however, the team notes that the ratio of B-cells was significantly increased in the type 2 diabetic derived islets. The altered cell ratios point to a role of the adaptive immune response in islet damage. In terms of future plans, Dr Galkina and Dr Imai will focus their efforts on the characterisation of B lymphocyte functions in the regulation of islet dysfunction in pre-diabetic and type 2 diabetic patients. 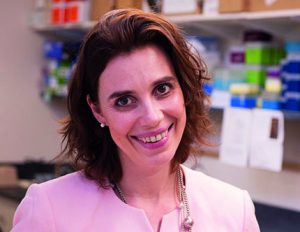 Dr Elena Galkina received her PhD in 1999 from the Saint-Petersburg Institute for Experimental Medicine, Russia. After completing a post-doctoral fellowship with the National Institute of Medical Research in the UK, she made the move to the University of Virginia, where she completed a postdoctoral fellowship before undertaking a series of academic position cumulating in her attainment of professorship in 2018. The focus of Dr Galkina’s research is the role of the immune system in cardiovascular disease, and in particular, on improving the understanding of immune cell involvement and efficacy of therapeutic agents with a view to reducing mortality. As a fellow of the American Heart Association, Dr Galkina is frequently invited to share her expertise at cardiovascular disease conferences and seminars, attended by international audiences. 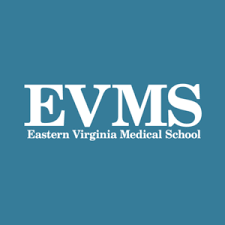 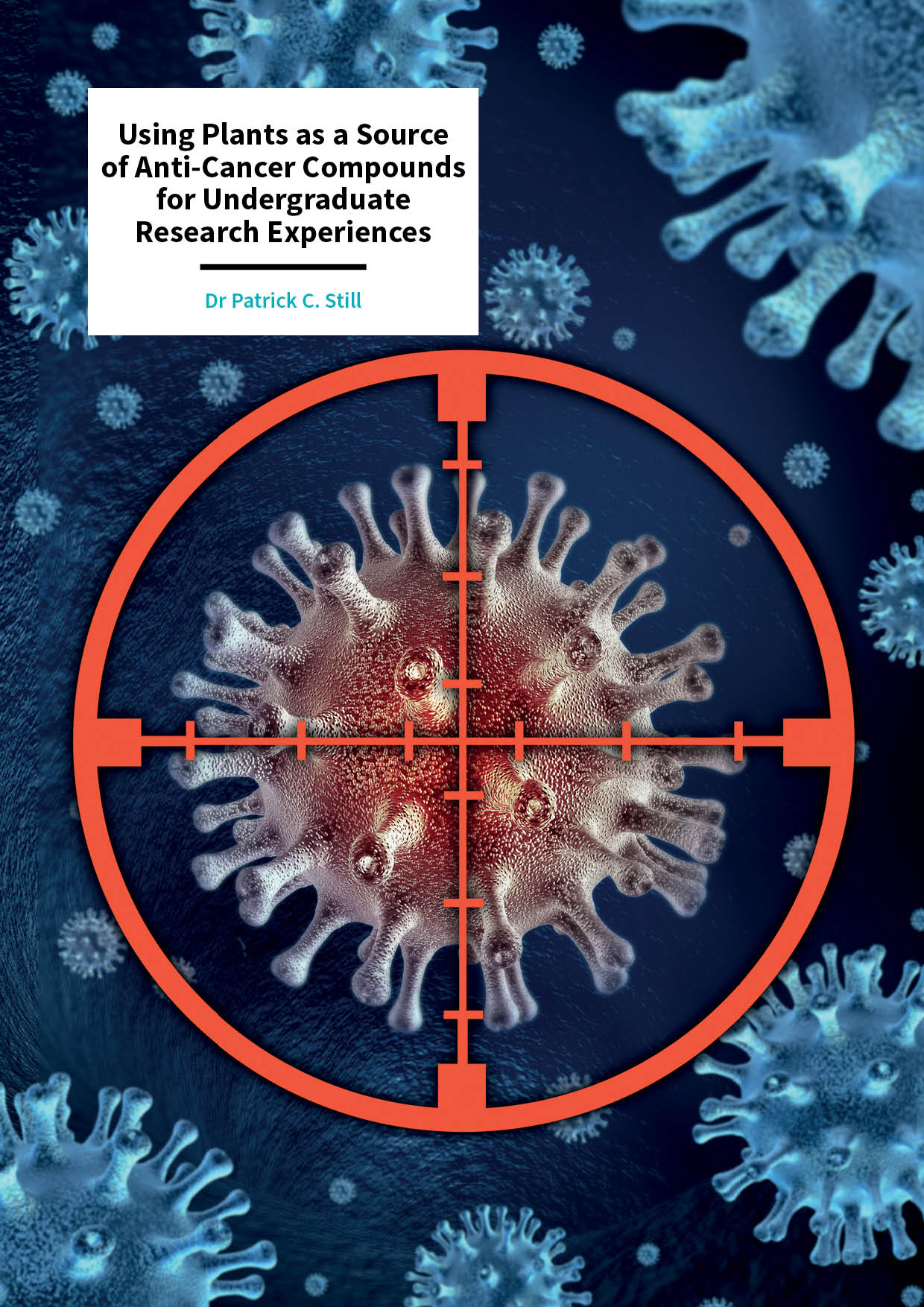 Cancer, in all its forms, is one of the major causes of death across the world and we are in urgent need of more effective interventions for this global killer. Drugs used to treat diseases like cancer can be either synthetic in origin, semi-synthetic derivatives of natural products, or unmodified natural products. 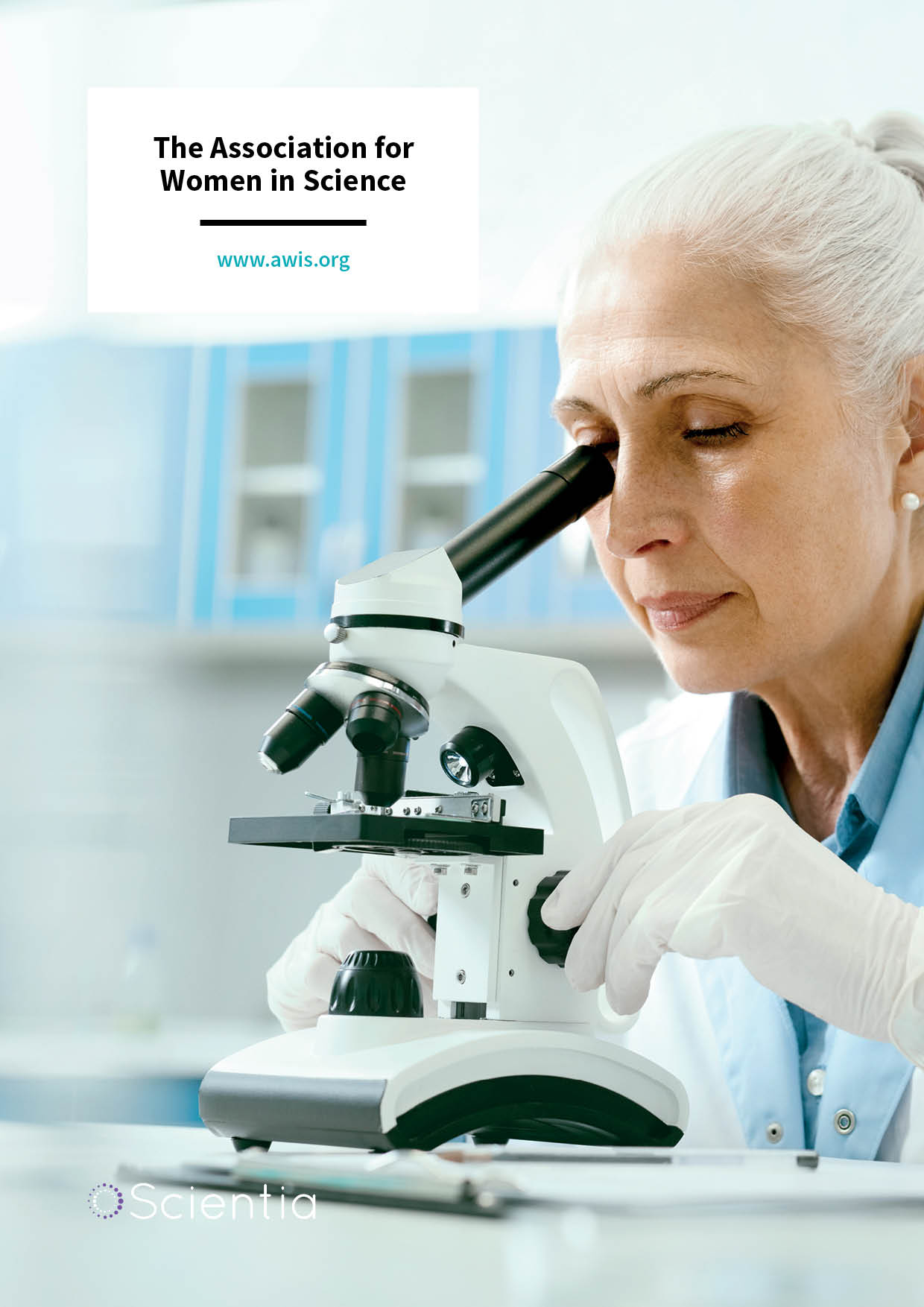 The Association for Women in Science

Founded almost 50 years ago, the Association for Women in Science (AWIS) is a global network that inspires bold leadership, research, and solutions that advance women in STEM, spark innovation, promote organisational success, and drive systemic change. In this exclusive interview, we speak with AWIS president and world-renowned biomedical innovator Dr Susan Windham-Bannister, who describes the barriers that women face in the STEM workplace, and the many ways in which AWIS supports women in science and works towards eliminating inequality through systemic change. 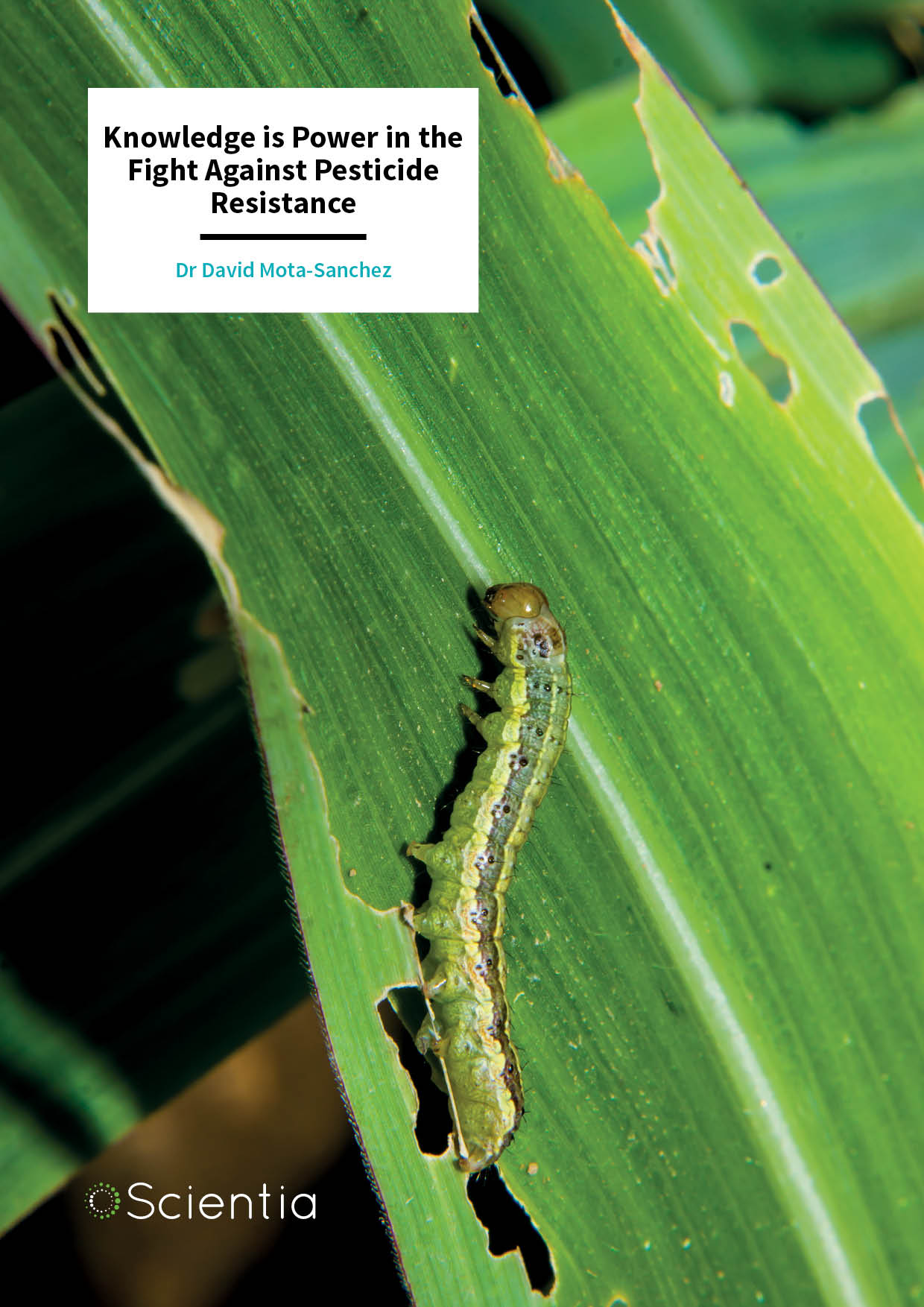 First recognised over a century ago, the resistance of insects and other arthropods to pesticides is a growing problem, with implications for crop production and human health on a global scale. Dr David Mota-Sanchez and his team at Michigan State University are creating a worldwide, online database of resistance cases to catalogue the scale of the problem. Their work will aid decision makers in developing sustainable strategies to manage arthropod pests. 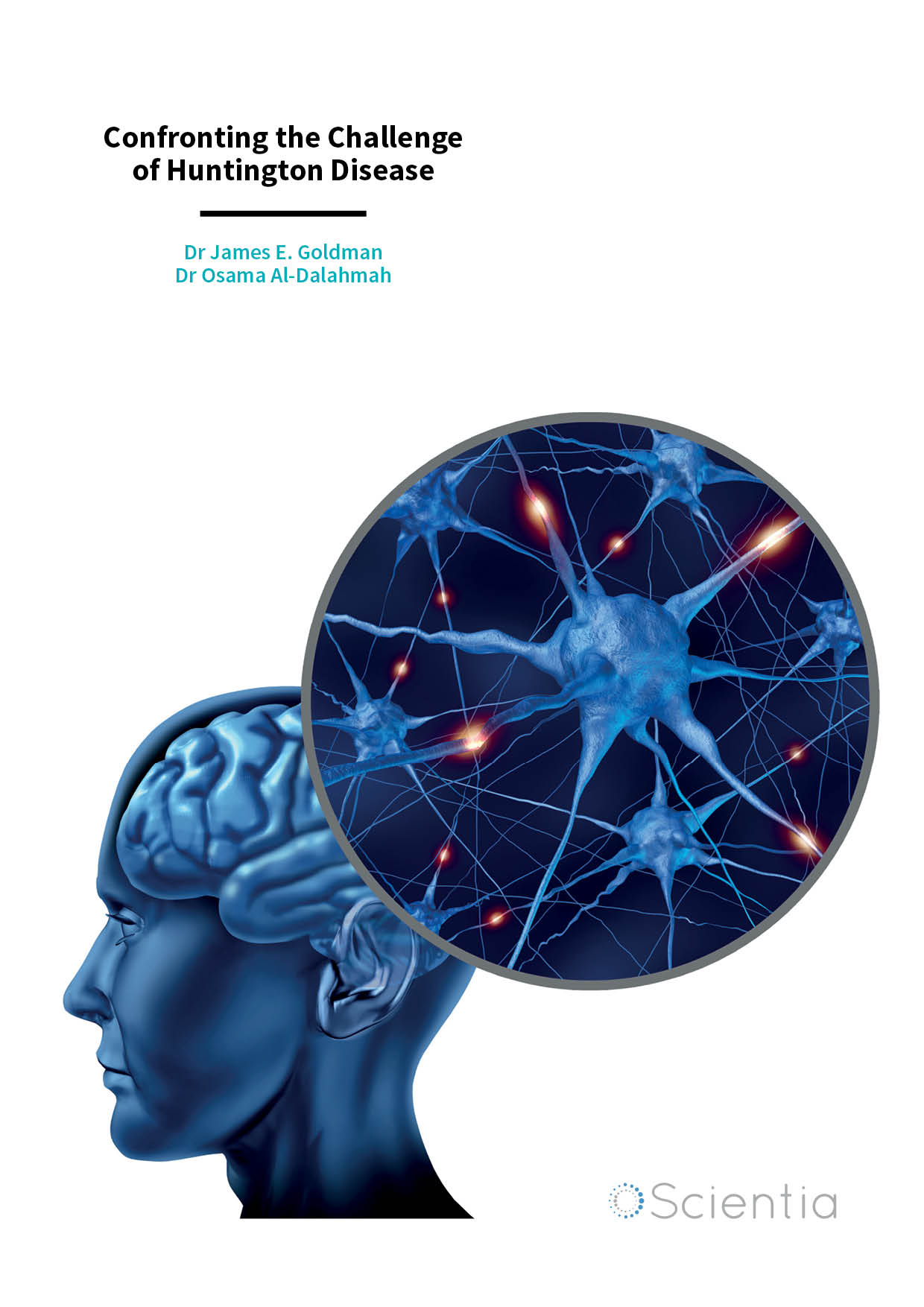 Huntington disease (HD) is an inherited and progressive neurological disorder which is currently fatal. Dr James E. Goldman and Dr Osama Al-Dalahmah, both at Columbia University, USA, are utilising new techniques in molecular biology to better understand the brain pathology associated with HD. Their vision is to develop therapeutics that can slow the progression of the disease, and ultimately, treat and even prevent it.