May 19, 2021 | Astronomy and Planetary Science, Earth and Environment

The planet we call home has a 4.5-billion-year history, but humans have only been around for a tiny fraction of this time. To discover what happened before life arose on Earth, and even before Earth’s formation, scientists can study objects sent from space – from icy comets and rocky asteroids to tiny particles of interstellar dust. Early in Earth’s history, primordial gases became trapped deep in the planet’s interior. By determining how they were trapped and where they might be stored, Dr Manfred Vogt and his research group at the Ruprecht-Karls-University of Heidelberg are shedding new light on Earth’s origins.

In the beginning, there was the solar nebula: a swirling disk of gas and dust left over from the formation of the Sun. About 4.5 billion years ago, this mass of space debris began to clump together as particles collided under gravity. For the first few tens of millions of years, the early Earth’s gravitational pull continued to collect material from the inner solar system. An insulating atmosphere of steam formed above an ocean of molten magma.

Early in the Earth’s history, gases from the Sun became trapped in the Earth’s mantle. Scientists can obtain signals from the ancient Sun by analysing the properties of neon atoms from volcanoes, where material from deep within Earth’s mantle upwells to the surface. Neon atoms from the ancient Sun contain – on average – a slightly different number of neutrons in their atomic nuclei, compared to those from different sources, giving them a characteristic solar isotope signature.

About fifty million years after Earth’s formation started, it collided with another planet-sized object. This catastrophic impact created a ring of material around the Earth, which eventually became the Moon. The young Earth lost a significant part of its atmosphere in the collision.

After the impact, most of Earth’s remaining mass was added by bombardments of meteorites from the asteroid belt and beyond. These new meteorites came from further out in the Solar System and were distinct in being richer in volatile substances compared to objects closer to the Sun. The Earth’s atmosphere today contains neon without a ‘solar’ signature, but rather a ‘planetary’ signature from these later meteorite impacts.

Questions remain about how primordial solar gases were incorporated into the Earth’s mantle and where exactly they are stored today. Dr Manfred Vogt and his colleagues at the Heidelberg University are addressing these questions by studying the gases in cosmic dust and metallic meteorites. By combining these measurements with sophisticated mathematical models, they can shed new light on the formation of our planet. 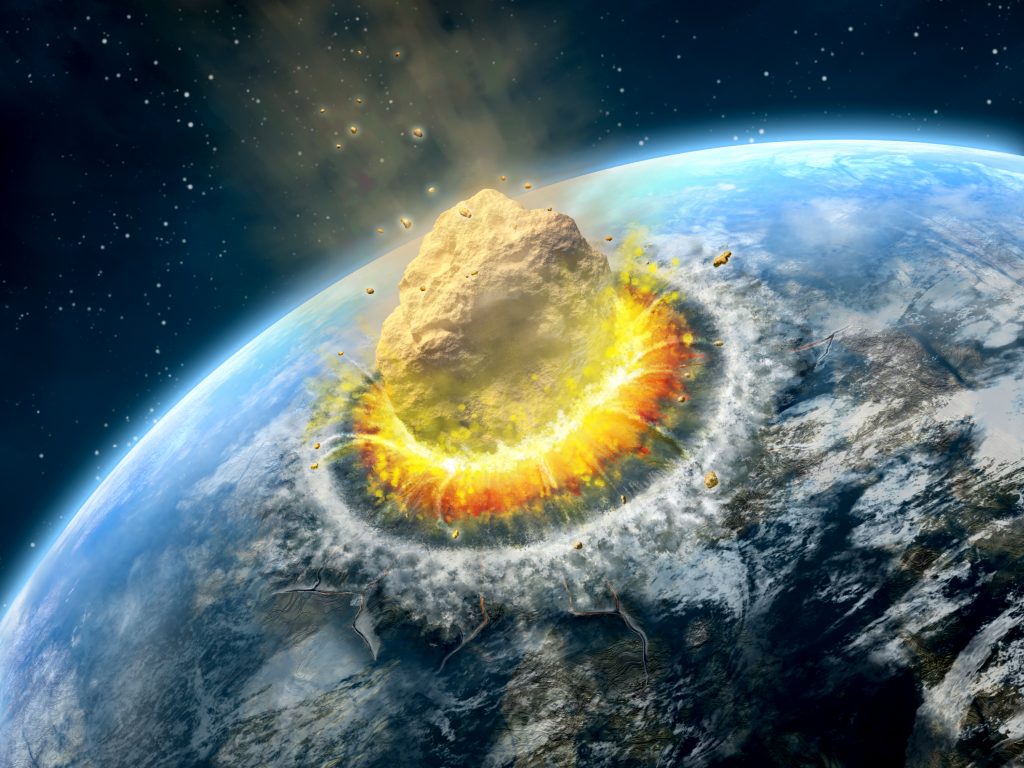 Origins of Solar Gases on Earth

The team used neon isotope data from cosmic dust – tiny particles from space that have fallen to the Earth’s surface. Particles in space carry solar neon on their surfaces, so the smaller particles, with their high surface area to volume ratio, can carry the most neon. Smaller particles falling to the Earth today are also crucial for studying this solar neon component, as larger ones (over a few tenths of a millimetre) heat up too much on entry and deliver their gases straight to the atmosphere.

The scientists found that if the solid particles that formed the early Earth comprised even a small fraction of solar-wind-irradiated dust, this could have been responsible for delivering all of the solar neon found in Earth’s mantle today. ‘The solar wind implantation process potentially causes unexpectedly high concentrations of solar-composition-neon in irradiated planetary dust particles,’ explains Dr Vogt. ‘Implanted solar wind in cosmic dust, alone, might have contributed sufficient solar neon to explain Earth’s solar mantle signatures.’

These minuscule particles would have been enriched in other volatile compounds, in addition to solar neon. ‘Small dust particles with high abundances of volatile species, which might also include the ingredients of life, probably played a significant role during the terrestrial formation,’ says Dr Vogt.

Their calculations took into account the Earth’s early accretionary stage, the Moon-forming impact, and the subsequent meteorite bombardment. ‘Post-lunar delivery of neon by late accretion explains the different neon composition of Earth’s atmosphere compared to Earth’s mantle,’ says Dr Vogt. Using a range of possible compositions for the late-arriving meteorites after the moon impact, the team estimates that possibly around 2% or less of Earth’s mass could have been added by this late bombardment.

‘I have measured and established the first solid proof that the core of a planetary body, resembled by the iron meteorite Washington County, can host solar signature noble gases – helium and neon – in its interior.’ 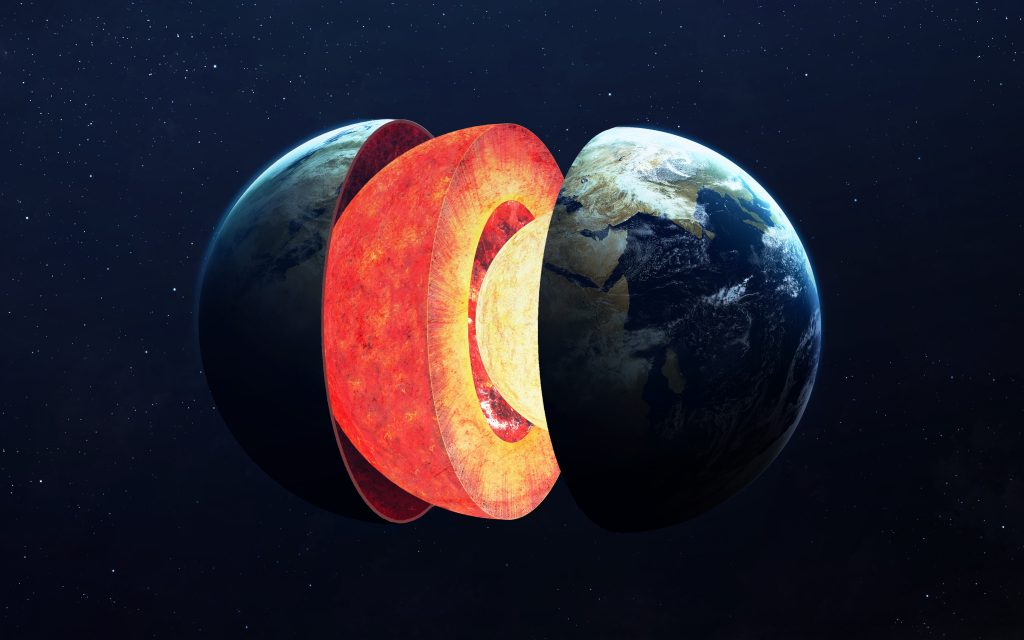 Extracting Gas from an Iron Meteorite

As mentioned, we know from observations of upwelling mantle material from volcanoes that solar signatures are present in the Earth’s mantle. Primordial neon and other gases could be stored throughout the deep mantle, or in isolated layers at certain depths. Speculatively, these primordial elements could even be stored in the Earth’s core – the hot, dense centre of our planet, made almost entirely of iron and nickel.

However, we can’t directly measure the composition of the core. ‘Up to now, only theoretical models and hypotheses suggest a source of solar signatures in Earth’s core,’ says Dr Vogt. One way to find out whether these primordial gases could be present in the core is to study meteorites. Metallic iron meteorites are a good analogue for Earth’s core because they were formed in a similar way. These meteorites are fragments of the cores of small celestial bodies, known as planetesimals, and they were formed by the separation of lighter rock-forming minerals and heavier metals during planetesimal formation.

Recently, Dr Vogt and his team have been investigating a metallic iron meteorite known as the Washington County meteorite, to begin to understand whether signals from the young Sun might be preserved in planetary cores, including Earth’s core. Upon heating samples of the meteorite at various temperatures between 600°C and 1800°C, the researchers analysed the different gas elements that were released. Amongst these gases were helium and neon, both of which revealed a strong primordial solar isotope signature.

The team also discovered that these gases mainly escaped when the metals in the meteorite reached their melting temperatures. These solar gases were found throughout the meteorite, indicating they were incorporated during its formation. Dr Vogt’s research suggests that fragments of a planetary core could have incorporated solar gases during the early stages of its growth.

‘I have measured and established the first solid proof that the core of a planetary body, resembled by the iron meteorite Washington County, can host solar signature noble gases – helium and neon – in its interior,’ he says.

During Earth’s formation, solar gases may have been incorporated into the Earth’s core from the metallic cores of small planetesimals. Fragments like the Washington County meteorite could have contributed material to Earth’s core early in its development. ‘The meteorite demonstrates the feasibility of Earth’s core to have incorporated light solar noble gases,’ says Dr Vogt. 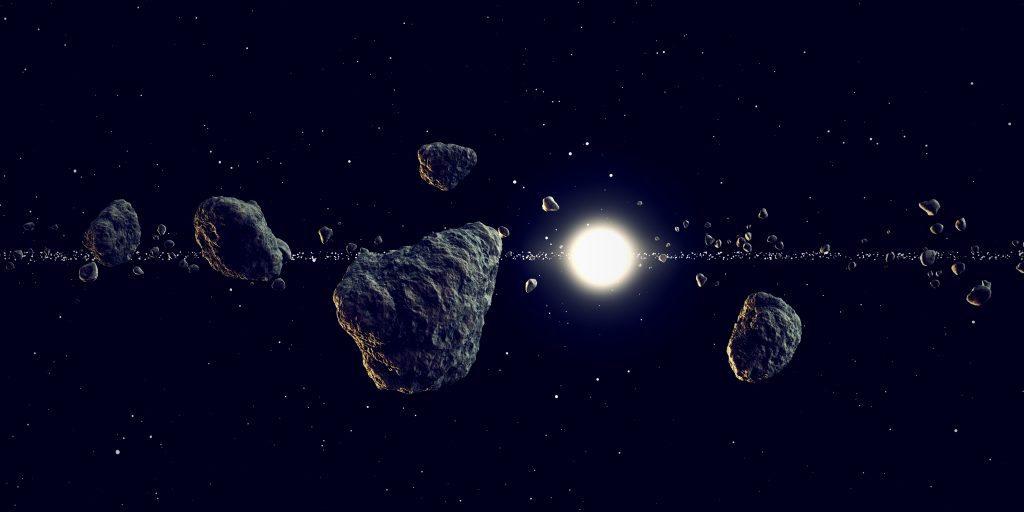 By investigating neon and helium isotopes, Dr Vogt’s research has explained why neon in the atmosphere looks different to neon in the mantle, and how primordial solar gases could have been incorporated into the early Earth. They have also verified that the primordial neon in lava from hotspot volcanoes could have come all the way from Earth’s core.

The research group plans to extend their work to studying other meteorites, and their work is already underway. ‘I intend to shed new light on yet unconstrained processes of planetary body formation (that is, iron meteorite parent bodies), their formation regions and material exchange in the early solar system,’ says Dr Vogt. To learn more about the formation of planets in the early solar system, his team will focus on the composition of solar gases and other volatile substances.

These primordial elements can provide invaluable information about the Earth’s 4.5-billion-year history. To understand what came before the Earth as we know it today, Dr Vogt and his colleagues will continue to study clues in objects that tell of an earlier time. Decoding the messages within meteorites and tiny particles of cosmic dust will yield intriguing insights into our solar system’s origins and the Earth we inhabit today. 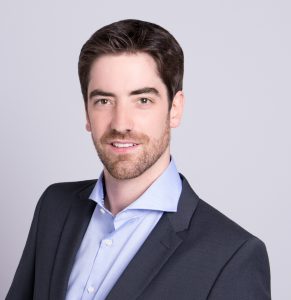 Dr Manfred Vogt earned his PhD in cosmochemistry at the Ruprecht-Karls-University of Heidelberg in Germany in 2018. After a year at the Karlsruhe Institute of Technology (KIT) working on nuclear waste disposal, he returned to Heidelberg in 2020, where he currently works as an Academic Associate in the Institute of Earth Sciences. Dr Vogt studies the composition of meteorites and cosmic dust to advance scientific understanding of Earth’s early formation and evolution. He has published several articles in peer-reviewed journals and presented his research at international scientific conferences. Dr Vogt’s research has contributed to our understanding of how the Earth formed and how primordial signatures in interplanetary dust particles and large body collisions can explain the current composition of Earth’s interior and shaped the atmosphere. 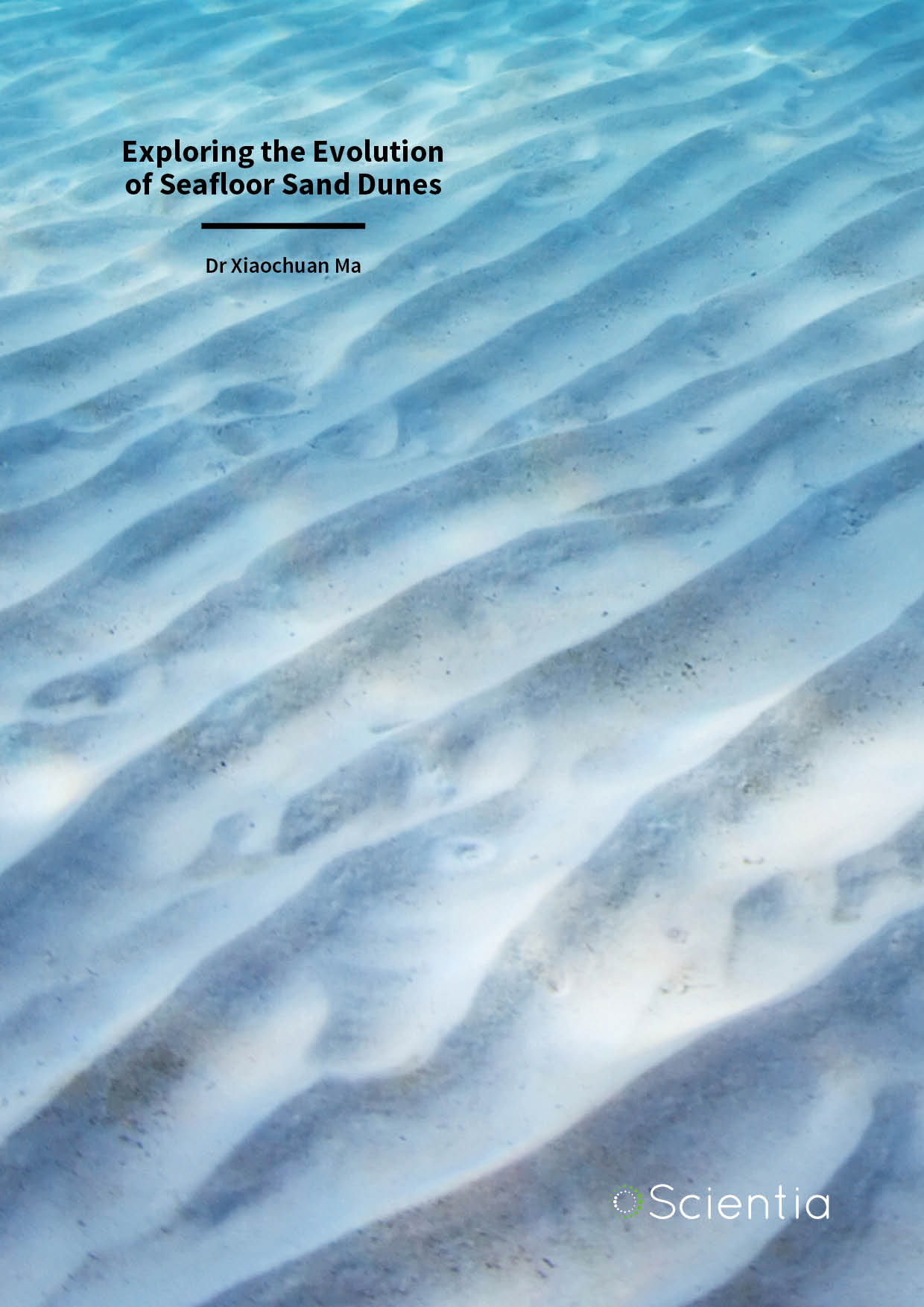 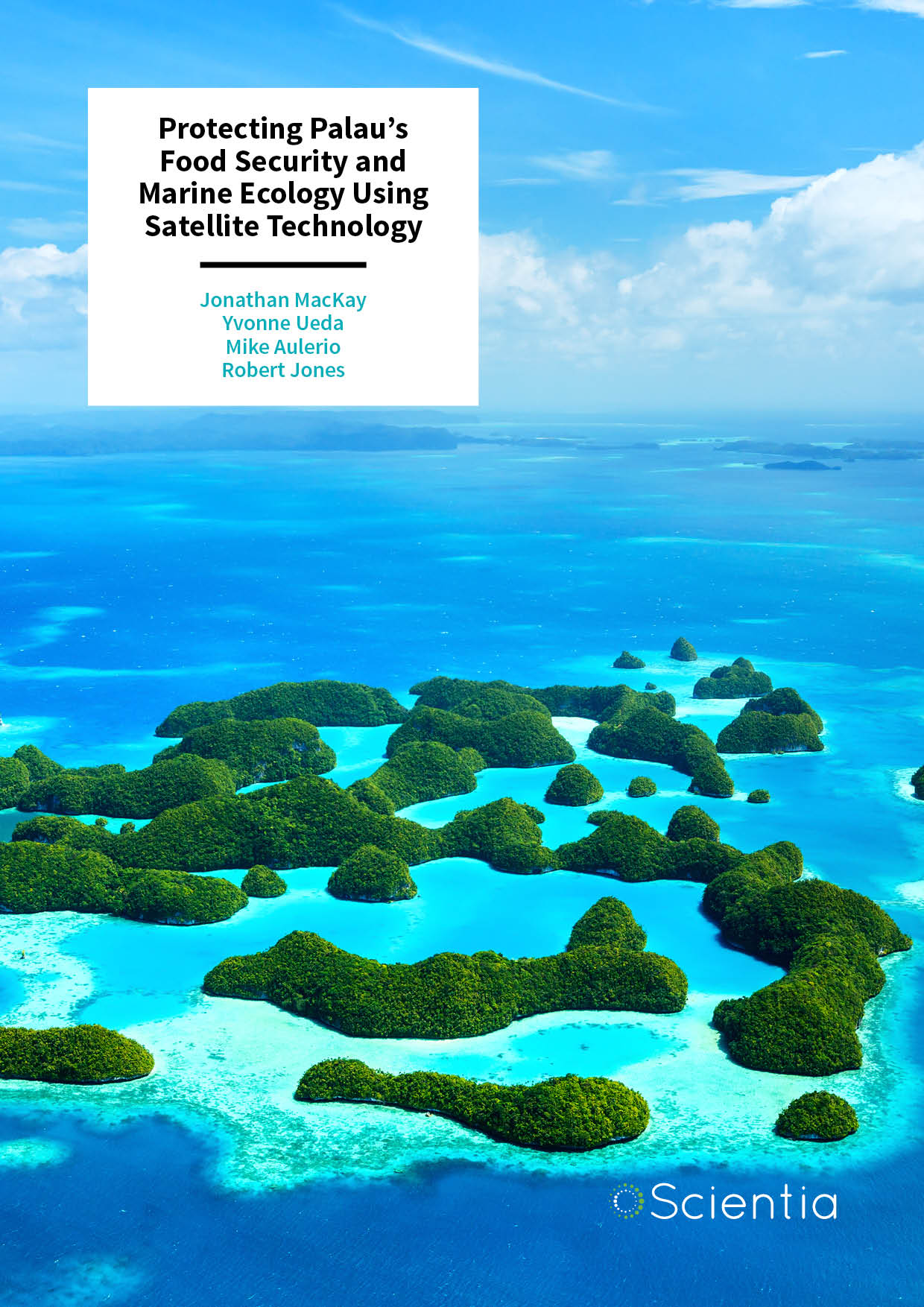 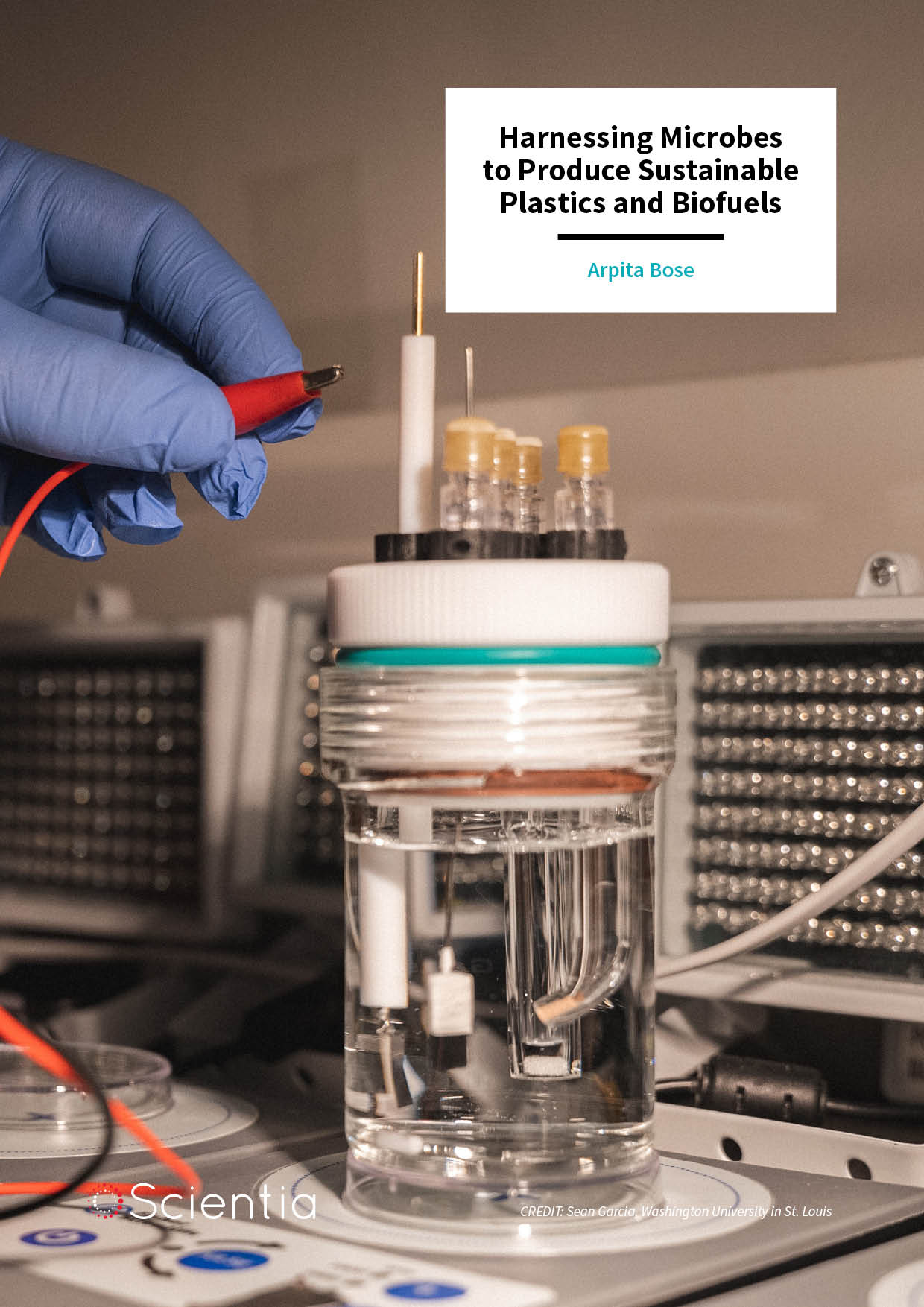 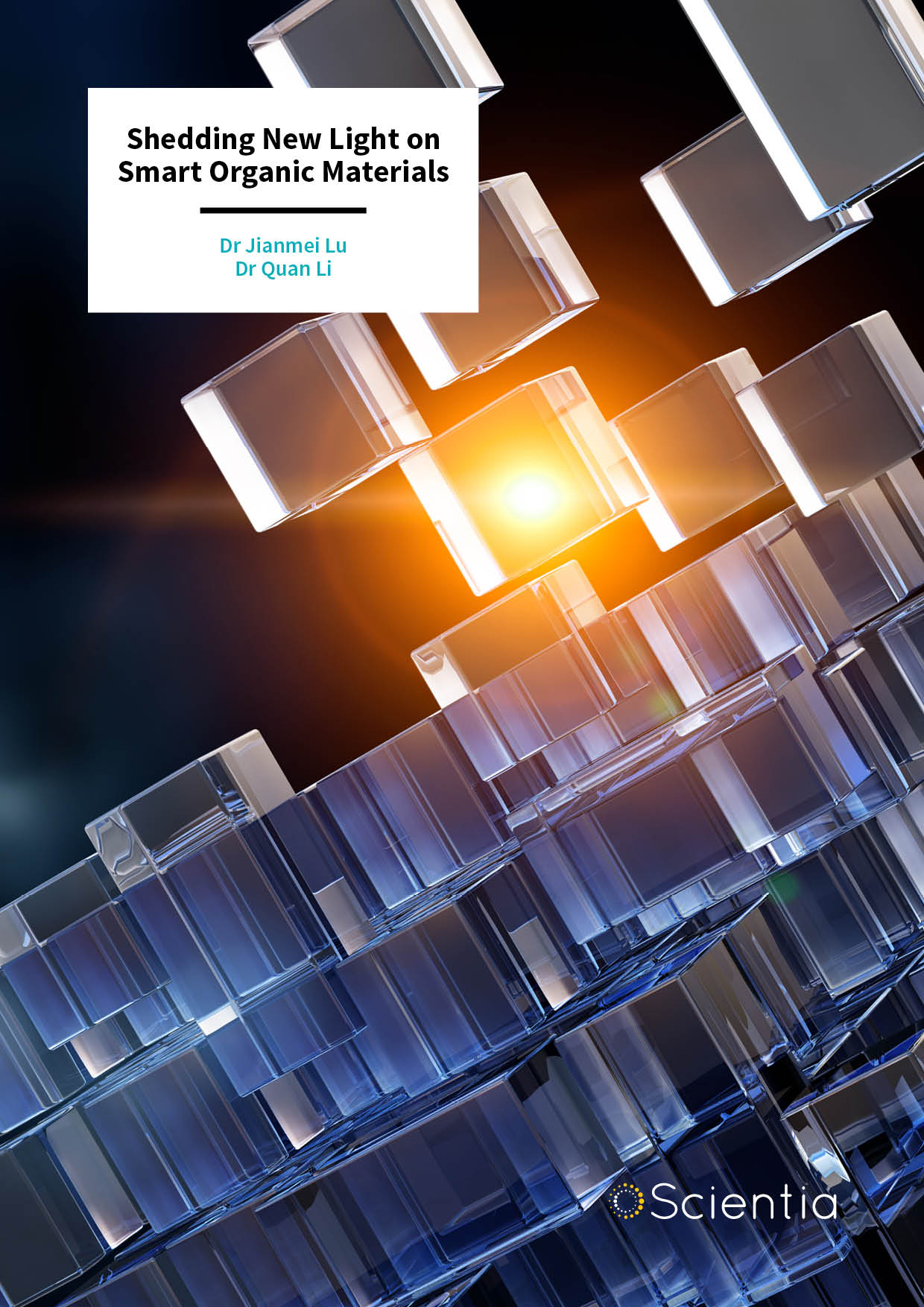