Kidney disease: The Causes and Consequences

Kidney disease is a common disorder that tends to show up in older age. When it is first developing, kidney disease does not usually have any symptoms and so it is often diagnosed from the results of a blood or urine test that has been taken for another reason. There are many reasons a person can develop kidney disease. For example, high blood pressure or diabetes, an inherited condition called polycystic kidney disease, kidney stones and even long-term use of some medicines. These all put increased strain on the kidneys and cause disruption to their normal functioning.

The kidneys are supposed to act as a filtration system for the body, removing waste, extra fluid and acid produced by normal cell function into the bladder. They also maintain a healthy balance of water, salts and minerals like sodium in the blood to keep the muscles, nerves and other tissues working properly. When this system goes wrong and the kidneys fail to excrete sodium, people may experience shortness of breath, weight gain and oedema.

These symptoms should lead to testing for kidney conditions via a blood or urine test and perhaps a scan or biopsy to assess the extent of the kidney damage. Blood and urine tests search for unusually elevated levels of certain substances, such as the waste product creatinine in the blood or proteins in the urine. By estimation of the glomerular filtration rate, the doctor can determine how efficiently the kidneys are filtering the blood.

Although there is no cure for kidney disease, making healthy lifestyle changes can be greatly beneficial, in addition to medicines to control high blood pressure. To ease the swelling symptoms caused by excess fluid, some people are prescribed diuretics. More advanced disease can also be treated with dialysis to clean the blood and sometimes a kidney transplant is necessary. Most people with kidney disease are able to control and live with it for a long time and only a small proportion of people reach an advanced stage of the disease. Nevertheless, it is important to diagnose it earlier rather than later and have regular check-ups because untreated kidney damage can have serious consequences. Kidney failure, hypertension and congestive heart failure with lung oedema can all develop from untreated disease. 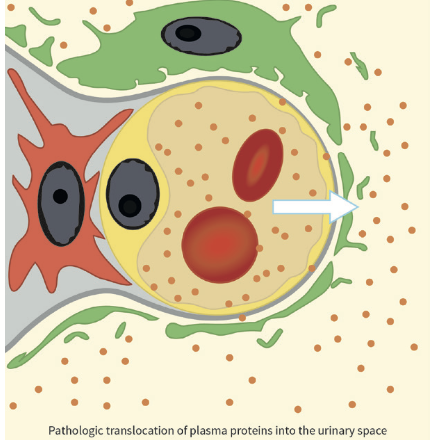 One extreme type of kidney disease is known as nephrotic syndrome. Some symptoms are shared with other types of kidney disease, whilst some present as the opposite. For example, many people will experience weight gain as a result of intense fluid retention and swelling. Numerous risk factors are also the same between the two conditions, although nephrotic syndrome is seen more often in children compared to other types of kidney disease. This is as a result of the mysterious condition known as minimal change disease, whereby the kidneys are dysfunctional but tissue samples under a microscope appear completely normal and the cause of the dysfunction cannot be determined.

Glomeruli are an essential component of the kidneys and they help to filter waste and to remove excess water from the bloodstream while withholding blood proteins such as albumin. Albumin normally helps to maintain the right amount of fluid within the body but when the filtration barrier of the glomeruli is damaged, it escapes into the urine. For this reason, a hallmark of nephrotic syndrome is oedema alongside an especially high concentration of albumin in urine tests.

Once there is less plasma albumin available for maintenance of the circulating volume, water and sodium continue to accumulate in different parts of the body such as in the ankles, legs and eyelids after overnight rest. Unfortunately, nephrotic syndrome can result in other complications like blood clots, malnutrition and infections. But as with other kidney diseases, it can be partly remedied through treating some symptoms and ultimately by treating the underlying conditions.

Clearly, nephrotic syndrome is a well-documented pattern of kidney disease, but not all bases are covered when it comes to understanding it on a deeper level. Prof Ferruh Artunc is a medical doctor and researcher at University Hospital Tübingen in Germany and he is using his expertise to unravel the hidden mechanisms behind why oedema forms as a result of nephrotic syndrome. He hopes this may lead to novel and more effective approaches to treating oedema in the near future.

‘Our group is unravelling the mechanisms behind the oedema formation in nephrotic syndrome which is driven by proteasuria.’ 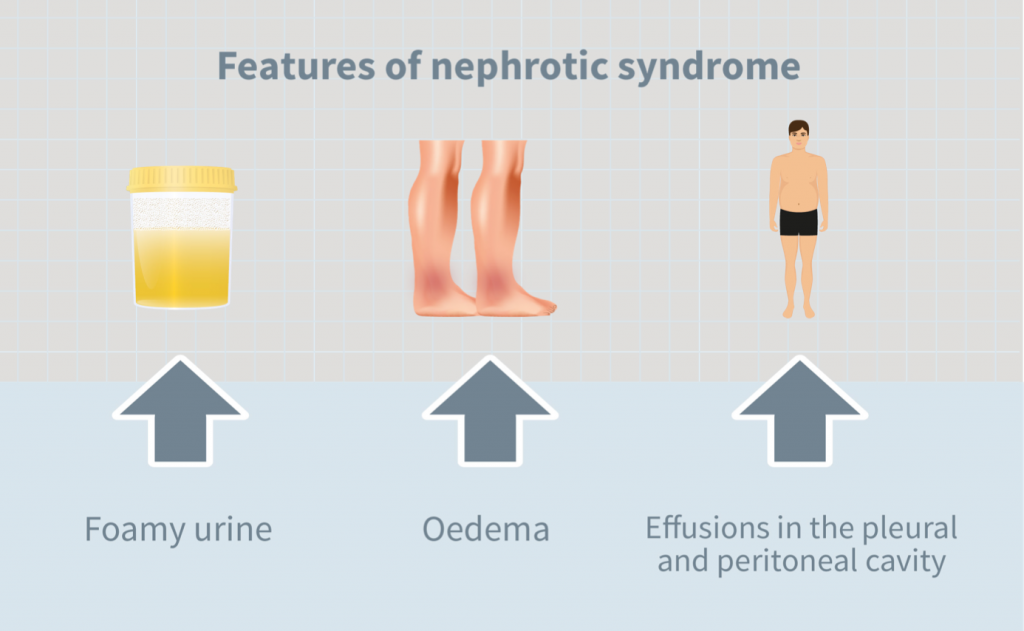 Uncovering the Mechanisms Behind Nephrotic Syndrome

Although oedema in nephrotic syndrome is relatively uncommon, it is not well understood. Two notable theories – the underfill and overfill theories – seek to explain the processes leading to oedema and the consequent fluid build-up. The underfill theory is around 100 years old and uses the idea that losing albumin in the urine is due to the nephrotic syndrome causing fluid leakage from the blood vessels into the tissues of the body. This results in the activation of water and salt conservation by the kidney. On the other hand, the newer overfill theory suggests that the syndrome itself causes water and salt conservation through other mechanisms and in turn, the vessels overfill with fluid which consequently leads to oedema.

These differing opinions and gaps in the research literature have meant that the exact mechanisms of oedema have been unclear up until now. In order to clarify the processes, Prof Artunc and his team set out to elucidate the unseen causes of oedema in nephrotic syndrome – with interesting results.

Previous data had suggested that oedema is likely to be caused by an activation of the epithelial sodium channel ENaC, a special sodium channel. This sodium channel is a tiny tunnel located at the end of the kidney tubule and determines the final amount of sodium excreted in the urine. Prof Artunc’s team used mice that had nephrotic syndrome and prominent oedema to study the activation of this channel further. They discovered that water and salt conservation by the kidneys could be prevented by the use of a drug called aprotinin that stops the activity of serine proteases that enter the kidney tubule during nephrotic syndrome and activate the epithelial sodium channel ENaC inhibitor by cleaving its pore open. As a result, aprotinin treatment prevented oedema formation in nephrotic mice.

According to Prof Artunc, ‘this indicates that water and sodium conservation in nephrotic syndrome is caused by excretion of active serine proteases with the urine that are filtered from the blood´. More specifically, the team’s experiments showed that urinary serine proteases are decisive for stimulating the activity of the epithelial sodium channel in nephrotic syndrome. The team coined the phrase ‘proteasuria’ for this phenomenon and they believe it could be a promising new target in developing novel therapeutic drugs for those suffering from nephrotic syndrome. Taking into account the previous theories of oedema formation, Prof Artunc and his team believe that their findings can effectively integrate both theories to explain this one process.

Leading on from this study, Prof Artunc has identified all of the different serine proteases that are found in the urine of both mice and humans with nephrotic syndrome. He and his colleagues are currently researching how important they are to the development of nephrotic syndrome by using knockout mouse models. These are mice that have been modified to not produce specific proteins interest, in this case, a serine protease. This allows the team to study what effect, if any, each specific serine protease has on oedema. If a missing protease results in no oedema in a nephrotic mouse, it is a strong indicator that it is essential to the disease process.

Once a serine protease has been identified as a main cause of oedema, it will be a promising target for novel pharmacological approaches to treat nephrotic syndrome. Creating drugs that inhibit its function would be an exciting development both for scientists and the people living with the disease. Through his innovative and dedicated research, Prof Artunc is helping to push forward our understanding of the mechanisms underlying nephrotic syndrome oedema, with important clinical and theoretic implications. 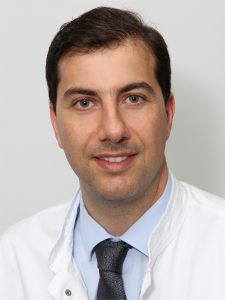 Prof Ferruh Artunc received his medical degree from the University of Tübingen in Germany in 2001 then went on to work as a medical doctor in the Department of Internal Medicine at the Tübingen University Hospital. He specialised in internal medicine, and specifically, nephrology, which is the diagnosis and treatment of kidney diseases. In his medical work, Prof Artunc also carries out research as a clinical scientist in this field, publishing numerous papers and already being the recipient of multiple awards throughout his career to date, including the prestigious Nils-Alwall-Award from the German Society of Nephrology in 2019.