May 17, 2017Astronomy and Planetary Science, Engineering and Tech, Physical Science

Dr Jekan Thanga and his team at Arizona State University are developing new and sustainable solutions for low-cost space and extreme environment exploration. His team operates robots and sensor-networks for quantifying the effects of global warming on the Greenland ice sheet.

Planetary scientists and geologists are looking towards robotic exploration of hard to reach and extreme environments on Earth and beyond, including caves, canyons, craters and cliffs. These robots are typically battery powered. Batteries are self-contained chemical power packs that have high and variable power, but for only a limited amount of time. Hence, they possess low energy densities.

The ability to recharge conventional batteries is limited especially when there is no access to solar insolation. A relatively new technology is emerging as a preferable alternative to batteries for sustainable power generation: proton exchange membrane (PEM) fuel cells. Also known as polymer electrolyte membrane fuel cells, PEM fuel cells produce electrical energy using hydrogen gas (H2) and oxygen gas (O2) input sources. The general structure of a PEM fuel cell consists of two platinum metal electrodes, the cathode and anode, which are surrounded by gas diffusion layers. In between the electrodes is an acidic polymer membrane that is used as an electrolyte i.e. a material or solution that can carry charge. The electrodes and electrolyte form the main body of the fuel cell with an external electric circuit connecting the two metal electrodes.

The mechanism for generating power and electricity with a PEM cell is chemically rather simple and does not require complex mechanical systems. The hydrogen fuel input is pumped into the fuel cell through a gas diffusion layer, where it comes into contact with the anode. At the anode, the platinum surface coating acts as a catalyst, allowing the hydrogen to react and separate into protons and free electrons. The protons then travel through the polymer electrolyte towards the cathode, whilst the free electrons generated travel through the external circuit, thus generating electric charge as power. At the cathode side of the cell, oxygen (O2) fuel is pumped in through a gas diffusion layer, where it reacts with the travelling protons and electrons to produce the only waste product, water. 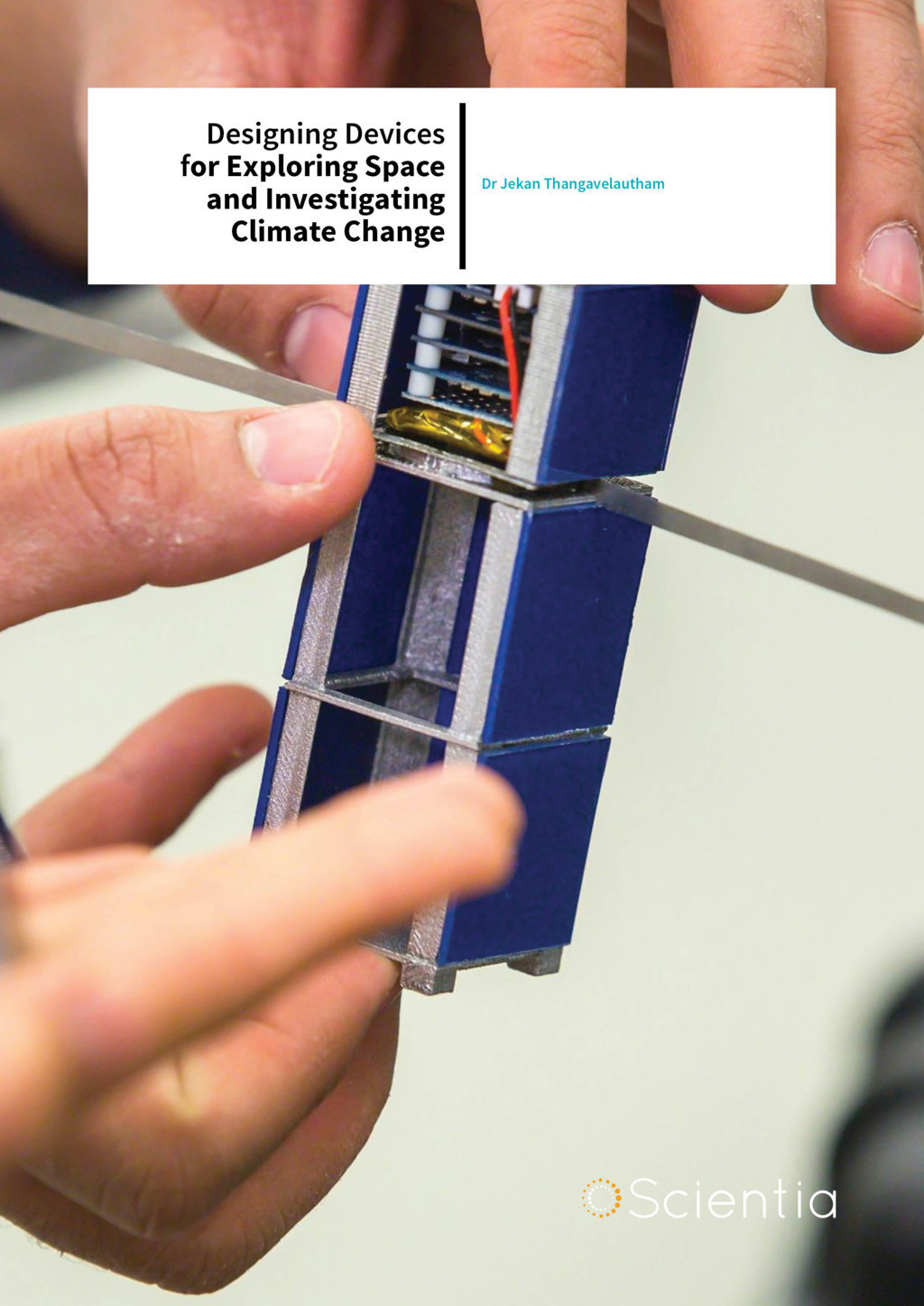 PEM fuel cells operate via chemical reactions with high operating efficiencies of 50 to 65% and high energy densities, making them more suitable for applications that require low power and long operating times such as sensors for robotics in space exploration.

The use of sustainable sources of energy are becoming ever more prevalent in modern technology, including technology used for extra-terrestrial missions. One reason for the increased use of sustainable technologies is due to an understanding of the environmental consequences of extracting and burning fossil fuels. A second reason is that the PEM fuel cells are highly efficient and can enable mobile devices in the field to operate for long duration, with minimal environmental footprint. 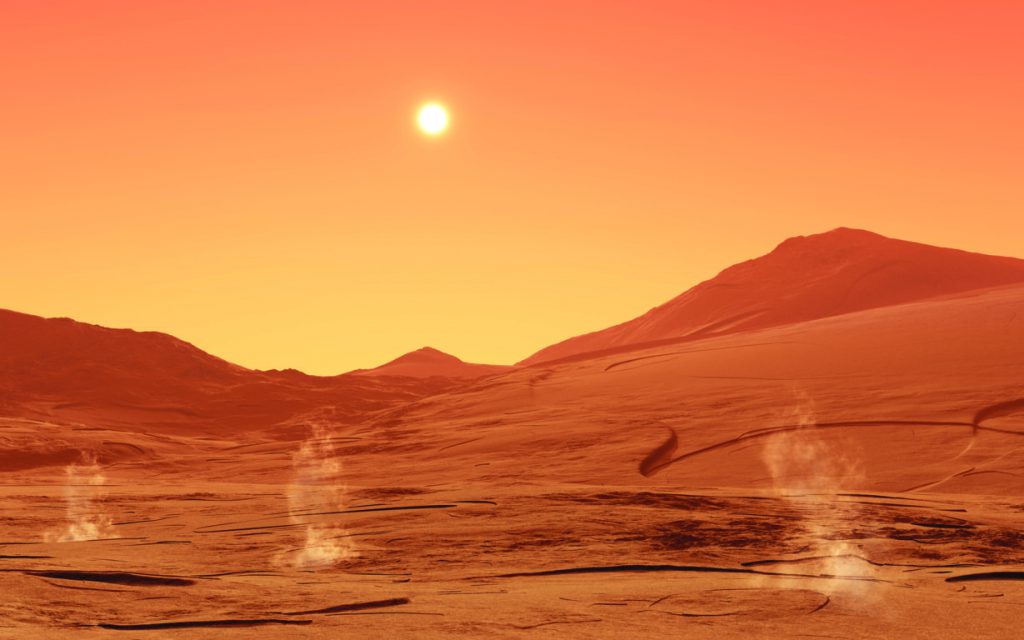 Predicting the device lifetime of PEM cells is critical in reporting accurate device stabilities and suitability for a proposed application. There are several components within a PEM cell that experience degradation with use, thus limiting the operation lifetime of the fuel cell. The catalyst layers of the anode and cathode experience some of the most significant degradation within fuel cells.

In addition to the dissolution of catalyst particles, as was previously considered in existing models, Dr Thanga and his team recognised the problems associated with the catalyst leaching into the polymer electrolyte membrane at the cathode, and becoming an impurity. Impurities cause local structure disruption and act as nucleation sites for further impurity precipitation. These local regions of disorder lead to additional gas mobility and diffusion pathways being created through the device layers, which in turn reduces the operating efficiency of the fuel cell.

Dr Thanga and his research team incorporated several unique features into a new analytical model to more accurately predict the lifetimes of PEM fuel cells. The additional features they incorporated include the conductivity of the electrolyte membrane and the effects of catalyst dissolution and impurity formation in the electrolyte membrane. Predicted device lifetimes with varying temperature, humidity and voltage were shown to accurately reproduce experimentally measured efficiencies of PEM fuel cells. Such accurate prediction of device lifetime is crucial for understanding and improving device stability.

The term hydrogen storage often sparks great debates in the scientific community. Currently, hydrogen storage in PEM devices severely limits the economical and practical use of PEM fuels cells. As an alternative to storing significant amounts of hydrogen as a liquid or gas, solid-state minerals such as Lithium Hydride (LiH), which contain a large amount of hydrogen, can serve as an efficient alternative, enabling hydrogen production on demand.

LiH undergoes a hydrolysis reaction in the presence of water to produce hydrogen gas and lithium hydroxide (LiOH). Dr Thanga’s team showed that LiH could efficiently produce hydrogen gas under humid conditions at room temperature. They also demonstrated that the build up of LiOH prevents water from being efficiently transported to the LiH mineral surface. The surface area of LiH samples, the concentration of water that the material is exposed to and the pressure applied to the system all control the volume and rate at which hydrogen is produced.

Dr Thanga’s research has resulted in the construction of a PEM fuel cell using LiH as the hydrogen fuel source. This device was the first of its kind to be constructed with the capability to control both the applied pressure on the cell and the flow of water to the LiH surface. Following a series of device measurements, Dr Thanga developed a semi-empirical model to accurately report the operational lifetime of the PEM fuel cell as a function of voltage, pressure and humidity, which incorporates the slow-down effects due to the production of LiOH. The waste product LiOH can scrub CO2 from the atmosphere to form lithium carbonate, an environmentally friendly substance.

The combination of Dr Thanga’s model for predicting PEM device lifetimes and using LiH as a hydrogen fuel source has allowed his team to accurately predict optimum operating conditions. Understanding the operating lifetime and efficiency of a PEM fuel cell as a function of applied voltage, humidity and temperature, has enabled the team to design a PEM fuel cell with an operating lifetime of 5 years. Furthermore, because LiH was used as a hydrogen fuel source for this reported cell, the system has a theoretical energy density of 5000 Wh/kg – nearly 40 times that of lithium ion batteries.

A common problem facing robots in space exploration is that the extreme temperatures of space can cause robotic components, in particular sensor modules, to freeze. 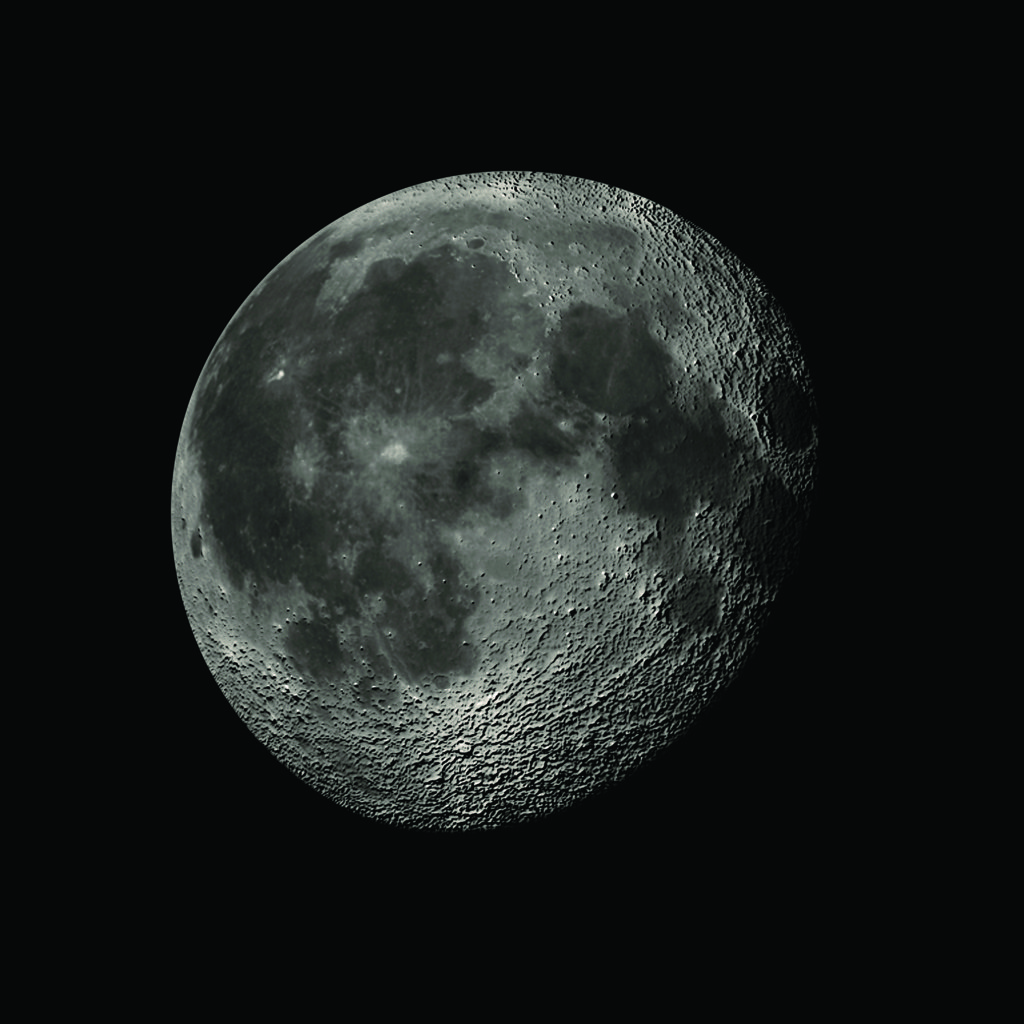 PEM fuel cells produce a clean waste product that offers a route to the thermochemical production of heat: water. Dr Thanga and his team have developed a thermochemical device that allows chemicals to dispense heat on demand, such as under eclipse conditions. Thermochemical devices do not require valuable electrical energy to operate, and are mainly formed of an absorbent chemical that has high-energy storage capabilities such as lithium chloride (LiCl).

Dr Thanga and his team reported the structure of a thermochemical device containing LiCl absorbent that allows the controlled release of heat at a given temperature, using the waste product produced by PEM fuel cells. Additionally, the researchers altered the standard design of a terrestrial thermochemical cell to incorporate the control of water flow to the absorbent. After building the thermochemical device, and demonstrating its successful operation, Dr Thanga derived a mathematical model to reproduce device efficiency as a function of operating time and temperature. Fabricated thermochemical devices were shown to produce heat for 3 hours after activation.

Flying and hopping robots in space sounds like a concept from a Hollywood movie, however work of Dr Thanga is bringing this futuristic technology into reality. Dr Thanga and his team recognised the difficulties in maintaining and extending battery lifetimes in large robots for space exploration. An alternative solution is to deploy smaller robots to process and image the local terrain and extraterrestrial environment. Dr Thanga’s team has designed small robots called pit-bots for this very purpose.

The pit-bots are formed of electronics comparable to current smartphones and contains a propulsion system utilising hydrogen peroxide fuel and lithium thionyl chloride batteries. The spherical device design is also fitted with micro-thrusters to allow the robots to hover and fly. For accurate distance measurements, the pit-bots are fitted with laser range finders and bright lights and move as a trio in a triangular formation. The pit-bots offer a low mass, low energy solution to battery restrictions in robotics in space, and are capable of taking high resolution images and distance measurements.

Other more efficient robots designed by Dr Thanga for space exploration include the SphereX M. Weighing just 2 kg, the SphereX M robot has a spherical design with inbuilt hopping mechanism for navigation of difficult terrains and holonomic chassis. Owing to the design of the hopping mechanism and additional energy store to drive the hopping mechanism, the SphereX M robot is able to hop to a height of 16–20 cm in the low gravitational environment of the Moon. Incorporated into the design of both the pit-bot and SphereX are sophisticated guidance, navigation and control systems. These systems have led to robots being able to navigate climbing steep terrain and descend deep crevices, roll, summersault and rest literally on cliff edges.

Alongside his research on designing robotics for space exploration, Dr Thanga has also been awarded a grant from NASA for a project named Compaction Reconnaissance Artic Glacial Snow (CRAGS). The CRAGS project involves the fabrication of devices and derivation of models that can accurately measure and predict the density of the Greenland ice sheet. The purpose of the project is to remove the errors associated with current altimetry methods, to accurately measure the ice sheet’s present and future contributions to sea level rise due to global warming. 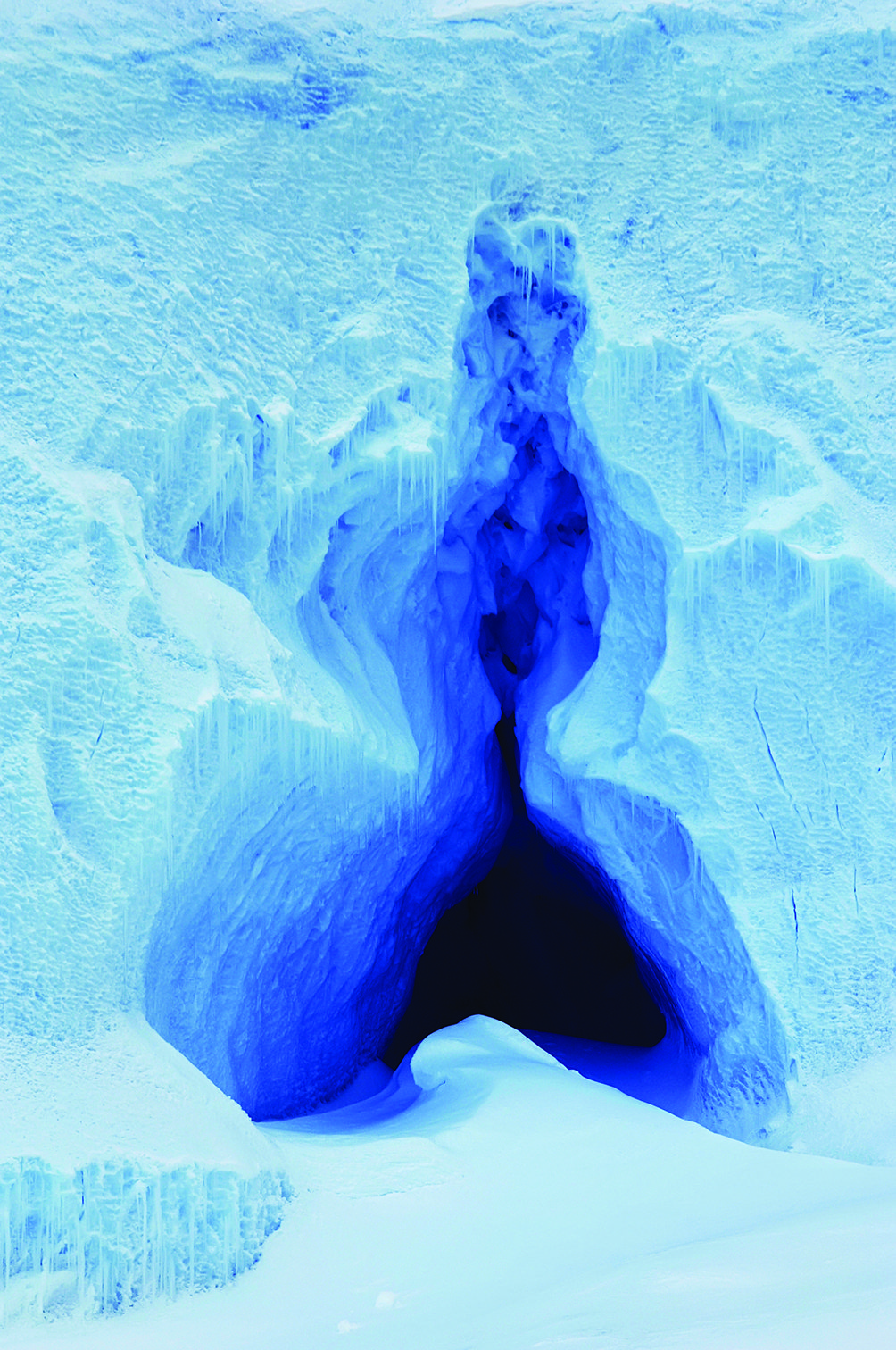 Altimetry is simply the measurement of altitude or height, and is used to estimate the size of the Greenland ice sheet to predict what the rise in sea level would be if the ice sheet were to melt. During altimetry measurements, the density of different layers in the ice, such as snow firn layers and surface snow coverage, are fixed with constant values, leading to substantial measurement errors. Dr Thanga and his team have designed sensor packages to measure the change in surface snow accumulation in different regions and at different altitudes of the ice sheet. Currently three CRAGS stations have been deployed in Greenland to start making these surface coverage measurements. When measurements using CRAGS stations over a long period of time have been made, a more accurate measurement of the density changes with altitude of the ice sheet can be made.

To sum-up, the research conducted by Dr Thanga and his team is extensive, covering many important applications including climate solutions, space robotics and sustainable energy. 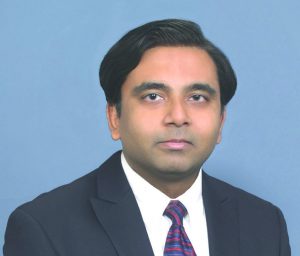 Dr Jekan Thanga received a BaSc in engineering science (aerospace) in 2002 from the University of Toronto, and obtained his PhD in Space Robotics in 2008. He then pursued a career path in academia, spending four years as a postdoctoral researcher in the mechanical engineering department at MIT, where he worked in the field of robotics. In 2013, Dr Thanga was promoted to assistant professor within the School of Earth and space exploration at Arizona State University. Throughout his research and academic career, Dr Thanga has published over 50 articles in peer-reviewed academic journals and conferences and has had 2 patents awarded for his inventions. He is being funded by NASA, JPL, the US Airforce and NSF. Dr Thanga is an emerging researcher in the fields of extreme environment robotics and engineering. His work has garnered wide media coverage from the BBC, CNN, Smithsonian, Nature, FastCompany, Wired, Popular Science and Popular Mechanics. His team of students and postdoctoral researchers are developing cutting-edge technology for space exploration and to probe the effects of climate change.