The potential capabilities of universal quantum computers have many of us excited, but there’s one problem – we aren’t close to building complex, functional quantum computers just yet. In the meantime, scientists need to test the capabilities of quantum computing using simulations on conventional computers, which requires enormous amounts of computing power. However, over the last decade, Professor Hans De Raedt at the University of Groningen and his collaborators have been working on a piece of software that has already greatly improved these simulations.

Since the 1990s, computer scientists have known of algorithms that would be performed much faster using quantum computers than even the most powerful supercomputers of today.

In conventional computing, data is encoded into binary digits in two definite states – 0 and 1. These ‘bits’ of data are processed by logic gates, which output further bits whose states depend on those of the input bits. In quantum computers, however, quantum properties are exploited to superimpose multiple states onto individual objects. These objects, known as quantum bits, or ‘qubits’, can essentially carry combinations of 0s and 1s at the same time. Using qubits to carry data would allow scientists to solve mathematical problems that are so complex that they would take far too long to calculate using our current resources.

However, during their earlier research in 2000, Dr De Raedt and his colleagues realised that physical models of quantum computers of fewer than sixteen qubits could be simulated on a conventional computer. Using such a simulation would allow scientists to carry out realistic experiments to probe the capabilities of quantum computers, without going to the trouble of actually building them.

The problem was that adding extra qubits to the simulations, making them more useful to scientists, quickly ate up memory. ‘Simulation models of quantum computers share the feature that with every qubit added to the system, the memory required to represent the state of the system doubles in size,’ Dr De Raedt explains. ‘For instance, to simulate a system with 30 qubits, one needs a little bit more than 16 gigabytes of memory. While it is not rare these days to have PCs with more memory than this, to simulate say 40 qubits, one would have to increase the memory by a factor of 1024 – around 16 terabytes.’

‘The “Massively Parallel Quantum Dynamics Simulator” is software that is designed to handle the memory, computer and communication problems using the available hardware as efficiently as possible. The software is portable and runs, without modification, on hardware ranging from PCs to the largest supercomputers that are available today.’

Chances are, you won’t be able to generate this amount of computing power using your laptop. ‘Machines that have this amount of memory are not that common,’ Dr De Raedt continues. ‘Simulating 46 qubits can only be done on a handful of supercomputers. From this simple counting argument, it follows immediately that for these simulations, the amount of available memory is the limiting factor.’ 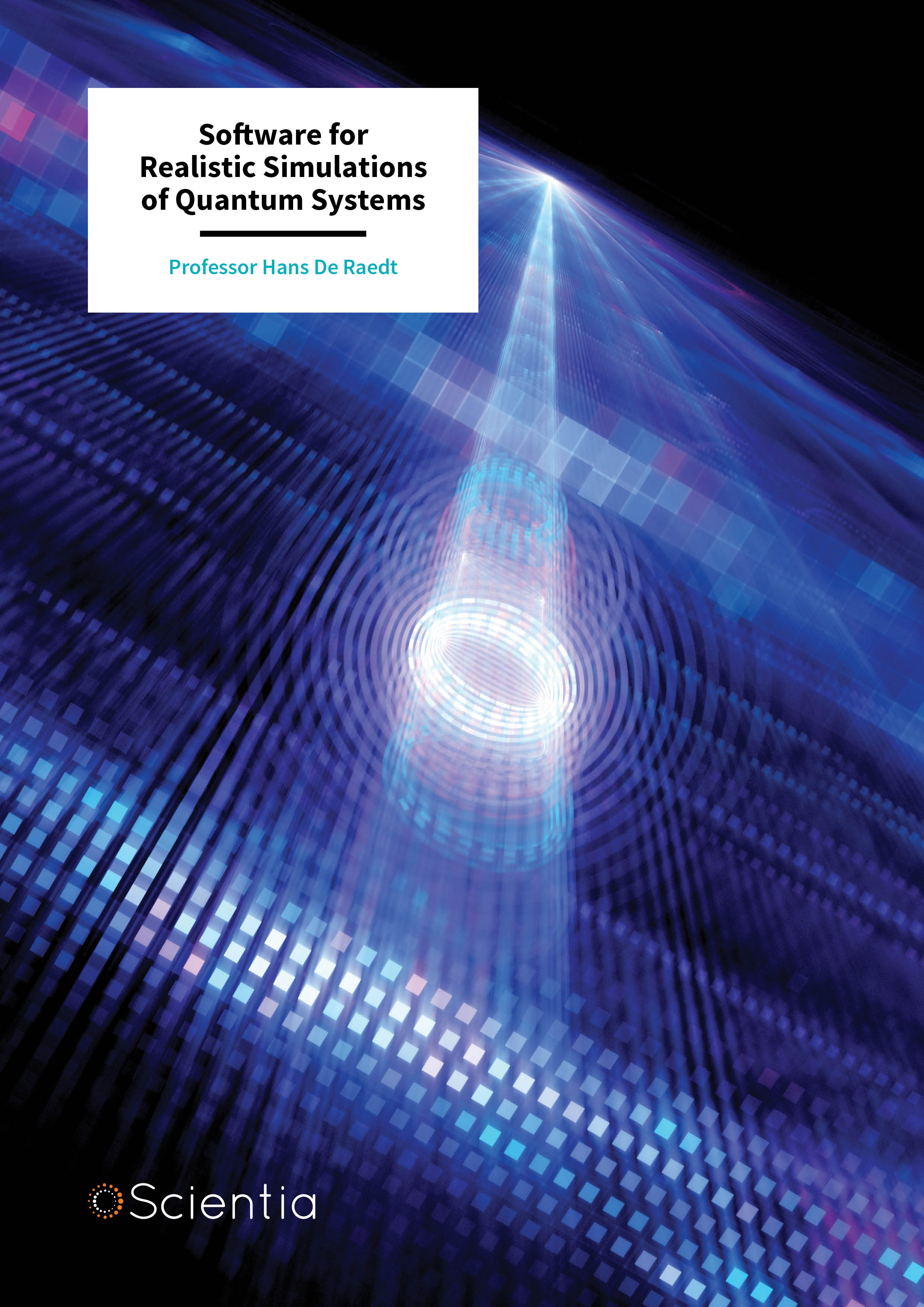 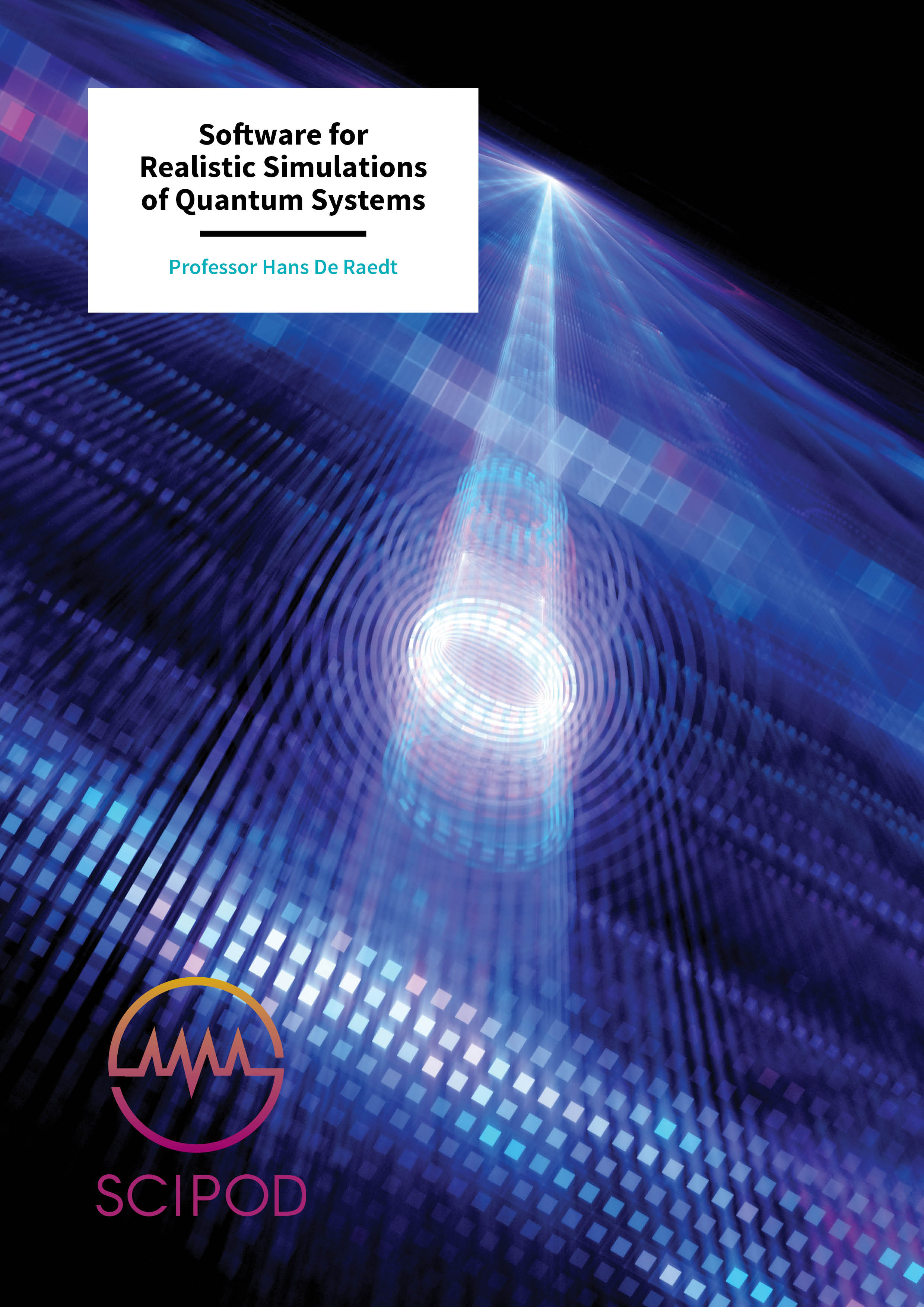 But even when qubits are successfully stored in a computer’s memory, the problems don’t end for scientists wishing to manipulate them to perform calculations. ‘We also need to do something useful with the numbers stored in this memory,’ adds Dr De Raedt. If just 40 qubits are involved, he describes in an example, trillions of calculations need to be made for every individual step that the quantum computer takes. ‘It is not difficult to imagine that performing this calculation requires a lot of computing power.’

Software up for the Task

Dr De Raedt and his colleagues realised that in order to prevent the computational requirements of more complex quantum computer simulations from getting out of hand, a more calculated approach was needed. ‘Performing such calculations in a reasonable amount of real time is only feasible by using massively parallel computers,’ Dr De Raedt explains. ‘Such computers have their memory distributed over many computer nodes.’ A computer node is a physically self-contained computer unit in a distributed computing architecture. Such a node has its own processors, memory and input-output channels.

With Dr De Raedt’s research, however, the task required of these computer node networks was more involved than can be achieved with everyday hardware. ‘The problem that arises is to efficiently exchange data between compute nodes,’ he explains. ‘A characteristic feature of the problems that we are interested in is that the communication patterns are not fixed and can be rather complicated.’ With networks of millions of nodes that were constantly exchanging data, a more sophisticated method was needed to ensure that operations were being carried out as efficiently as possible by the computer.

A breakthrough came in 2007 when Dr De Raedt and his team developed a piece of software capable of exploiting massively parallel computers. In 2011, they were awarded the Wim Nieuwpoort Award in recognition of their outstanding achievement – the most efficient deployment of modern massively parallel supercomputers.

‘The “Massively Parallel Quantum Dynamics Simulator” is software that is designed to handle the memory, computer and communication problems using the available hardware as efficiently as possible,’ Dr De Raedt says. ‘The software is portable and runs, without modification, on hardware ranging from PCs to the largest supercomputers that are available today.’ With the software up and running, his team could begin conducting real experiments using quantum computer simulations. 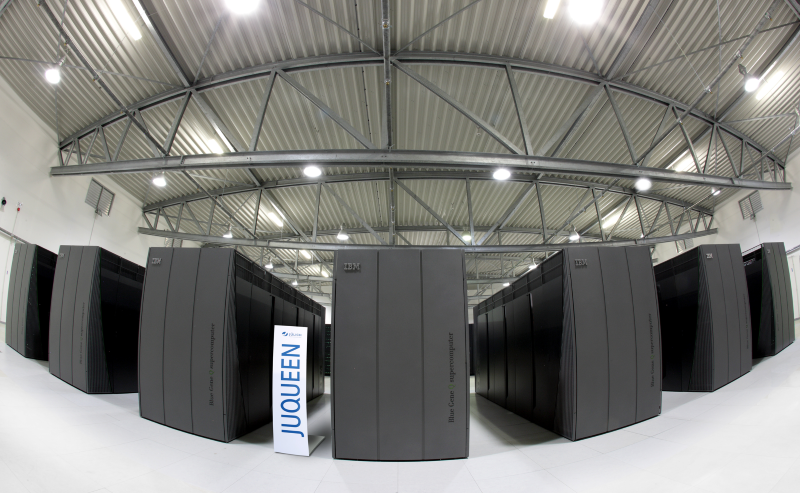 In 2017, the Massively Parallel Quantum Dynamics Simulator software was used to simulate the behaviour of quantum particles. The scenario involved two quantum particles interacting with a ‘bath’ of 34 similar particles. Before, the quantum behaviour of the particles would be far too complex for a computer to simulate how the system evolves over time. However, by using simulated qubits to represent each quantum particle in the system, Dr De Raedt and his colleagues were able to observe how the two particles relaxed to lower energy states, and eventually reached thermal equilibrium with the rest of the particles in the bath.

To confirm that their simulation was a realistic representation of the scenario, the research team compared their results to those calculated using the theoretical principles of ‘Markovian dynamics’. This theory describes the motions of particles in different systems as they interact – in this case, the interaction of the two test particles with the bath. Overall, the researchers showed for the first time that their predictions, made using a simulated quantum computer, were consistent with theoretical principles.

In a further experiment, the team simulated the evolution of a one-dimensional system of electrons (which are also quantum particles) over time. Initially, the simulated electrons were clumped together at a single, dense point. As a static system where time isn’t involved, the properties of such a clump of charged particles could already be described fairly well using previous simulations. However, the quantum behaviour of the electrons as they interacted with each other over time is far more difficult to simulate.

Again testing the reliability of their simulation using theoretical principles, the researchers compared the behaviour of the electrons represented by simulated qubits with predictions arising from mathematical calculations of ‘linear response theory’. Within the limits of high temperatures, and the regime of strong particle-particle interactions, the way in which the electrons evolved as they spread out from the initial clump over time was again fairly consistent with theoretical calculations. This time, however, the team’s simulations involved up to 40 electrons – so far the most complex simulations of the dynamics of quantum particles ever performed on conventional computers.

At the same time as the team were conducting these experiments, a system containing a record-breaking 46 simulated qubits was developed in a project led by Dr De Raedt’s colleague, Dr Kristel Michielsen. By reducing the memory required to represent a quantum state from 16 bytes down to just two bytes, they were able to increase the efficiency of quantum computer simulations far beyond previous capabilities.

Using the JUQUEEN supercomputer at the Jülich Supercomputing Centre in Germany, as well as the world’s fastest supercomputer – Sunway TaihuLight in China – the teams involved created the largest simulated quantum computers to date. Already, it seems that Dr De Raedt will be able to adapt his software to perform even more complex simulations in the near future. 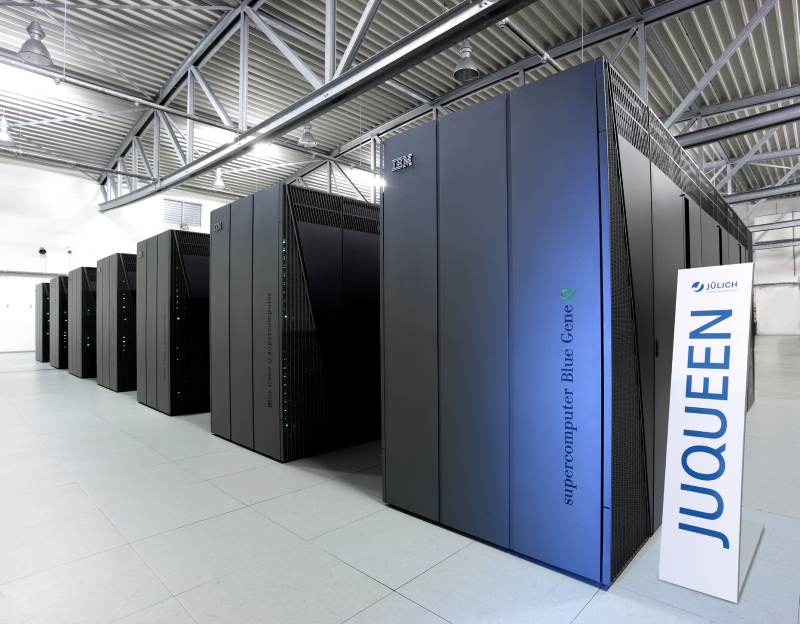 Keeping up with the Times

Having successfully demonstrated how his software can be used to realistically simulate quantum systems and perform experiments with them, Dr De Raedt is now well prepared for future advances. ‘The next steps for our work will be to adapt the software to make effective use of the new hardware features like accelerators that are available in the latest generation of supercomputers,’ he says. Such advances can only increase the capabilities of the Massively Parallel Quantum Dynamics Simulator software, in terms of the number of qubits it can simulate, and the efficiency with which operations can be carried out across computer nodes.

Dr De Raedt also has his eyes on solving more conventional problems in quantum mechanics. ‘We would like to use the simulation software to address issues such as decoherence and error detection and correction in realistic models of quantum computers which interact with an external environment,’ he continues. With an ever-increasing number of simulated qubits available to act as quantum particles, Dr De Raedt will be able to test increasingly complex theoretical predictions of quantum mechanics. His discoveries, both present and future, offer a satisfying alternative to experiments involving real quantum computers, for which we may have a few more years to wait. 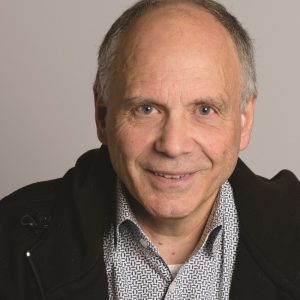 Dr Hans De Raedt received his PhD in 1976 from the University of Antwerp for work on magnetism in one dimension. Since 1990, he has been Professor of Computational Physics at the Zernike Institute for Advanced Materials at the University of Groningen. After contributing to the early development of quantum Monte Carlo methods, his interest shifted towards the simulation of physical phenomena in the time domain, including computational electrodynamics, and simulations of physical models for quantum computers. Currently, his work focusses on foundational issues of quantum physics, which includes the development of event-based simulation methods of quantum phenomena.

Link to the software: http://www.compphys.org/QCE/