When climate variability and shifting climatic trends converge to produce severe droughts, fragile food insecure populations may rapidly face severe food crises as supplies drop, prices rise and household incomes decline. In vulnerable areas, these unanticipated climate shocks may devastate herds and harvests threatening local food stocks. Unfortunately, the number of very hungry people has been growing at an alarming rate over the past few decades, with more than 76 million people experiencing life-threatening conditions in 2017 and 2018. 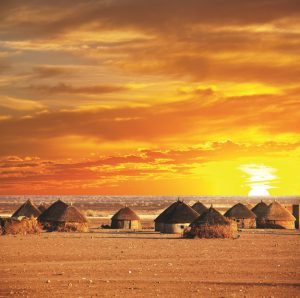 This recent increase in food insecurity has been most apparent in less developed regions of the world, especially in Africa, where many people are already vulnerable to the impacts of droughts and floods. Using traditional monitoring and forecasting methods, it is difficult to predict when these vulnerable regions will be most in need of humanitarian aid with adequate advance notice.

In 2003, in close collaboration with the US Geological Survey Earth Resources Observation and Science Center, the CHG was founded to support FEWS NET. The CHG’s mission is to improve the early detection and forecasting of hydroclimatic hazards related to food security, droughts and floods while empowering local decision makers with improved climate analysis tools and datasets, with the overarching goal of strengthening international disaster risk reduction efforts by advancing drought early warning science.

The CHG team develops datasets and novel climate analyses, and combines them with geographic and humanitarian data to predict which areas will be most likely to endure drought or other food limiting climatic events. This information is passed on to governments and aid organisations, allowing them to prepare for potentially devastating food shortages. 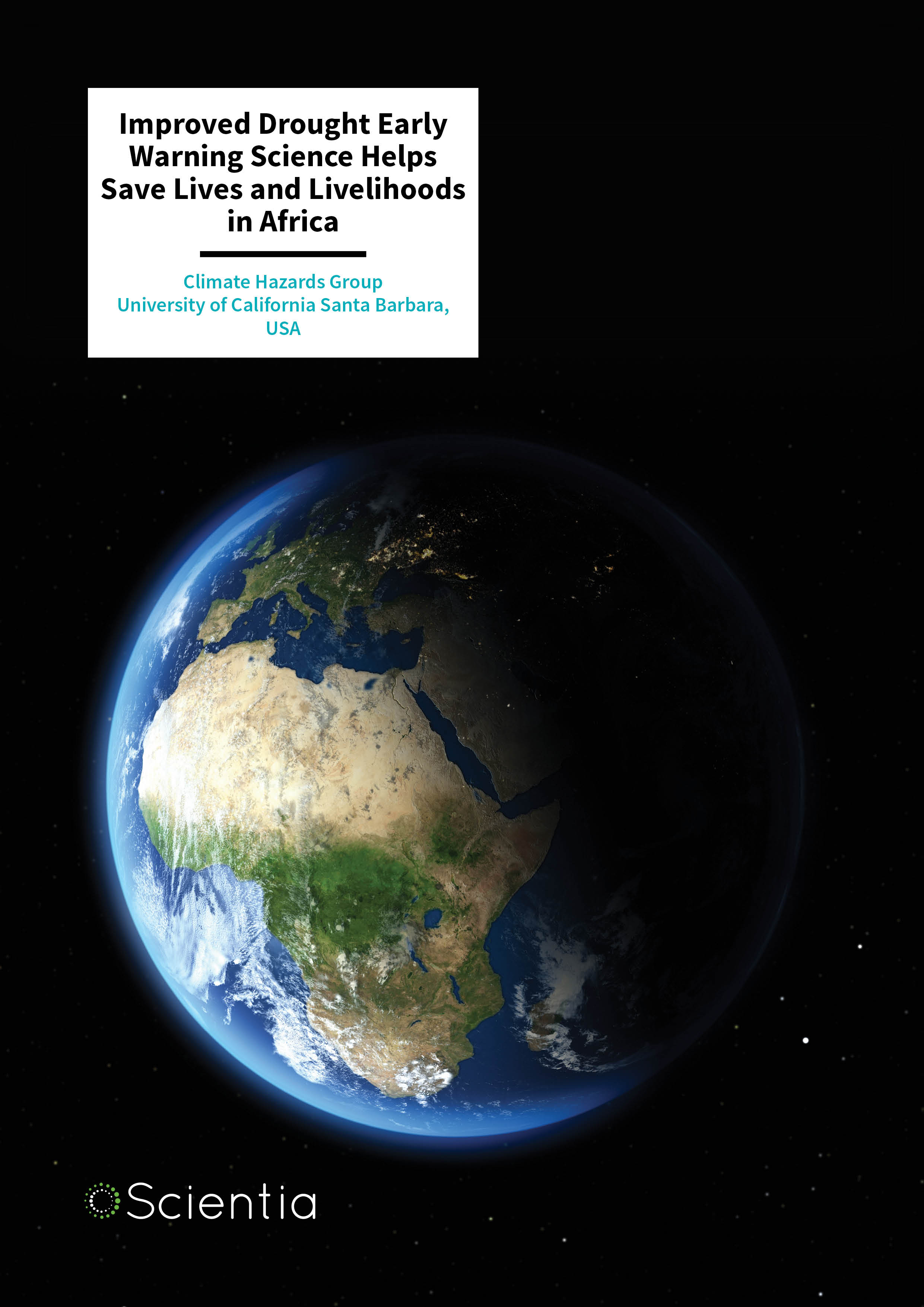 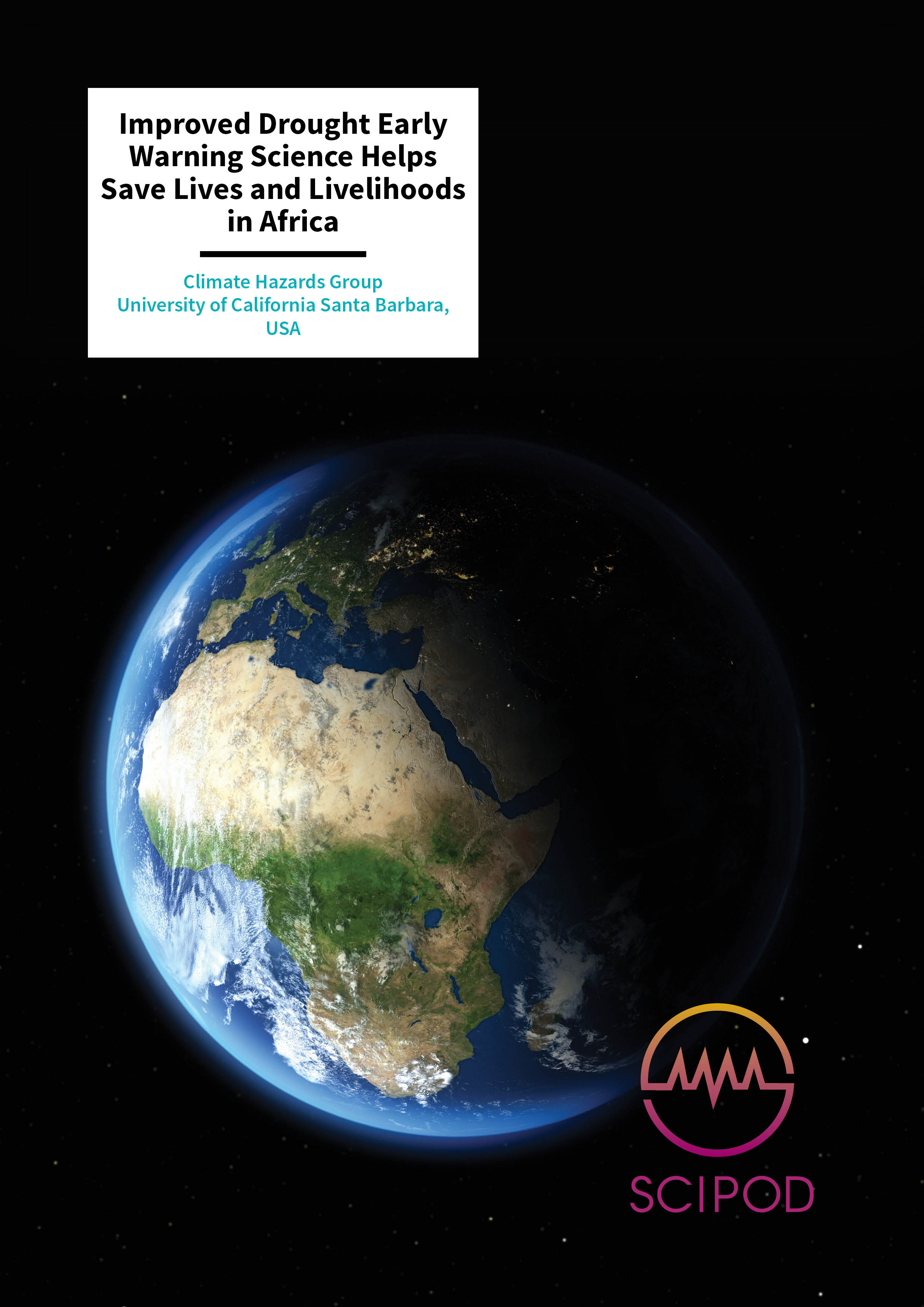 Since its formation, the group has published over 140 papers and reports, and provided access to in-depth climatic data sets to thousands of people each month. The CHG routinely contributes actionable information supporting the mobilisation of emergency relief that has helped tens of millions of people. 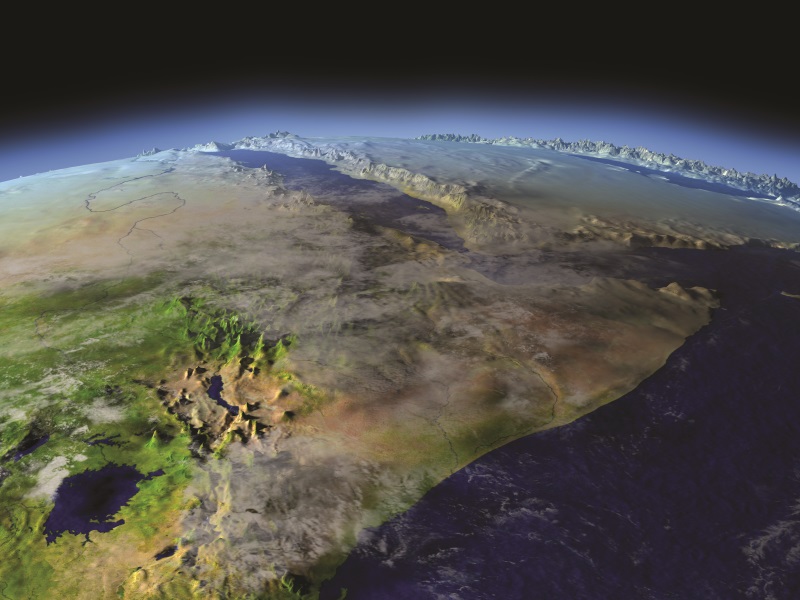 Traditionally, rainfall estimates for a given area have been the product of observations made at weather stations and predictions based on an area’s physical geography, such as elevation and distance from the equator. While these estimates hold up well when a region has many local weather stations, in the developing world observation networks are sparse.

As a result, the complex features of rainfall are poorly captured. This is particularly problematic in countries with limited weather stations and complex terrain, such as Ethiopia, Haiti, and Afghanistan, which are also vulnerable to climate extremes.

To solve this challenge, the CHG researchers have harnessed the power of satellite technology, which is able to provide regular, detailed observations of entire regions. Infrared satellite data can be used to identify cold clouds over wide areas. The CHG team has found that these measurements can be calibrated to accurately reflect fairly well both the location and intensity of rainfall in an area, even when weather stations are not present on the ground.

With each pass of the satellite, the researchers gain comprehensive information about how precipitation interacts with the geography of an area and combine these data with station observations to create the Climate Hazard Group InfraRed Precipitation with Station data (CHIRPS). The team uses CHIRPS to illuminate historical trends and rapidly identify extreme droughts. CHIRPS provides a basis for tracking hydrologic extremes anywhere in the world, even where it is not practical or possible to have people on the ground taking measurements. 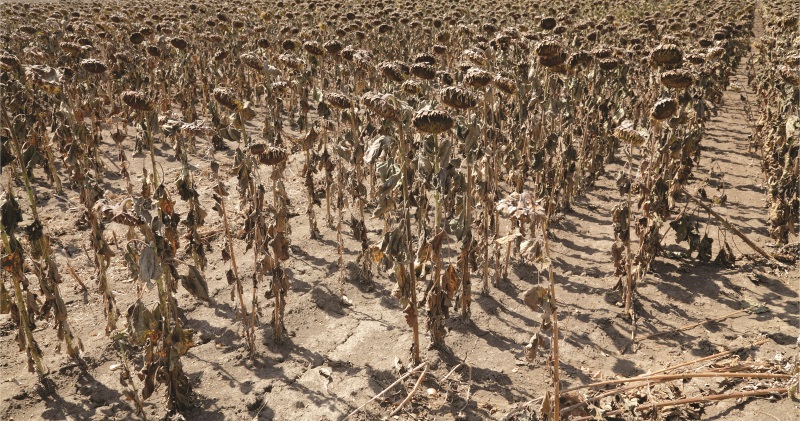 A unique component of the CHG team is its international composition. Almost half of the members of the CHG team live in Africa or Latin America. These scientists work closely with local stakeholders, decision-makers and science institutions to increase disaster preparedness and guide long term ‘climate-smart’ development. Building on the CHG’s commitment to developing datasets and tools, and harnessing the tremendous potential of satellite-based earth observations, these capacity building efforts are strengthening defences along the front-lines of climate change.

In partnership with the USGS, NASA and USAID’s SERVIR, CHG works hard to put effective decision support tools in the hands of Africa and Latin America’s rapidly expanding group of climate experts.

Saving Lives in Africa and Beyond 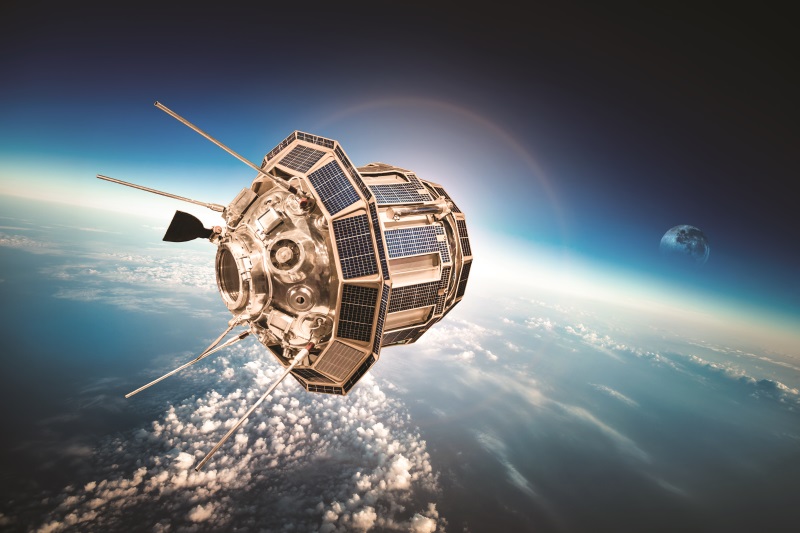 The combination of multidisciplinary scientists and humanitarian experts in the CHG and FEWS NET teams has resulted in skilful predictions of droughts.

For example, in June of 2015, the team predicted that southern Africa would experience a drier than usual rainy season that would impact both crops and livestock in the area. Monitoring of the early season rainfall performance indicated that rainfall was late in arriving and insufficient when it did arrive. Compounding this, limited governmental support and poor seed distribution in countries such as Zimbabwe reduced the opportunity to make the most of limited rainfall. As predicted, by January 2016, the region was experiencing the driest rainy season in 35 years. However, several regions were better prepared as a result of successful forecasts, preventing a far worse crisis.

Again, in the fall of 2016, CHG researchers predicted another potentially devastating drought in the eastern Horn of Africa that would continue into 2017. Indeed, this past season was one of the worst droughts in recorded history across eastern Ethiopia and Southern Somalia, with a severe lack of rainfall spreading across a much larger region than that in 2011. Thanks to the team’s early warning and the effective contributions of many FEWS NET partners, an extensive multi-agency response was deployed, resulting in improved humanitarian assistance. Amazingly, despite its severity, relatively few deaths have been attributed to the 2017 drought.

This stands in stark contrast with a similar series of droughts in 2010–2011, when conflict in Somalia prevented humanitarian assistance from reaching much of the nation, and over 250,000 lives were lost to hunger.

FEWS NET’s early warning system demonstrates the immense potential of bringing researchers from disparate fields together to solve a common problem. Close international partnership between multidisciplinary scientists, food security analysts and decision makers has enabled the group to develop skillful predictive models with the power to save lives. The CHG will continue to develop the drought early science supporting this process, and continue to disseminate these data sets, tools and techniques with experts in the developing world. 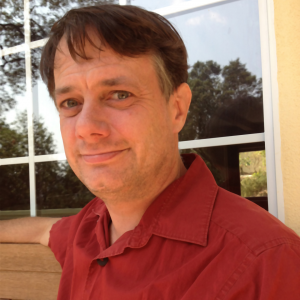 Chris Funk is one of the founding members of the USGS FEWS NET climate science team, and Research Director of CHG. He specialises in developing dynamical and statistical models that anticipate droughts. 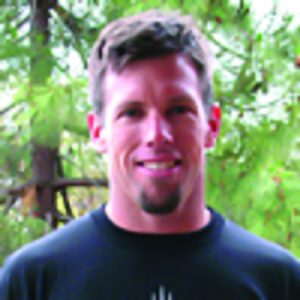 Gregory Husak is the Climate Hazards Group’s main Principal Investigator, directing research activities at UCSB. He was instrumental in the development of the satellite-based rainfall monitoring techniques that are a critical component of the CHG’s monitoring activities. 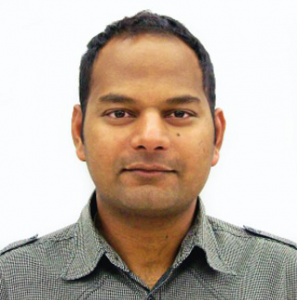 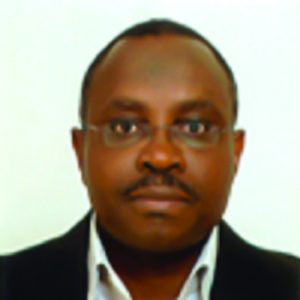 Gideon Galu is a FEWS NET Regional Scientist in the Greater Horn of Africa and an expert in using remote satellite imagery and climate to predict seasonal food security outcomes. 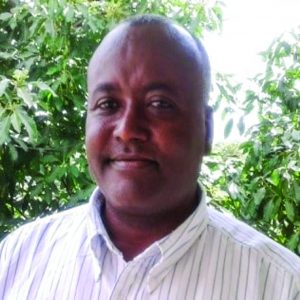 Diriba Korecha is the National Climate Scientist for Ethiopia, working with in country partner institutions to provide guidance on climate prediction and change. 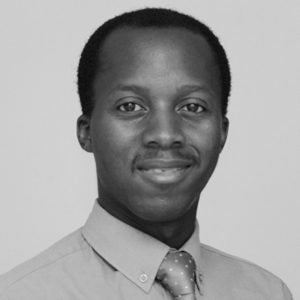 Tamuka Magadzire is the FEWS NET Regional Scientist for Southern Africa. He has played a major role in developing crop water balance and climate analysis software for the CHG. 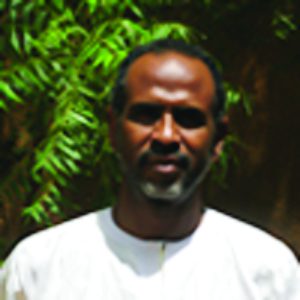 Alkhalil Adoum is a FEWS NET Regional Scientist who specialises in monitoring growing seasons in the Sahel and West Africa. 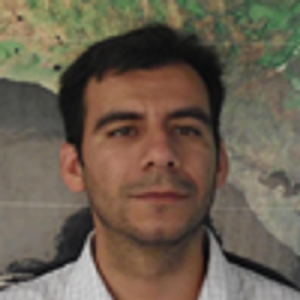 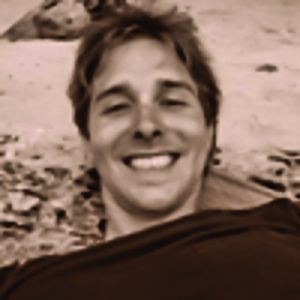 Frank is a CHG research scientist whose research focuses on analysing food production and market systems and how those systems influence food security and are affected by climate change.