Closing the Gender Gap in Science

The Need for Female STEM Ambassadors

If you were to believe many advertising companies designing toys, T-shirts and science lab kit packaging, science isn’t attractive to girls. Yet, in the UK alone, 50% of Science, Technology, Engineering and Mathematics (STEM) enrolments, including medicine, are female postgraduates and undergraduates, with 61% of biological science and 79.4% of medicine undergraduates being women.

The thing is, few of these women make it to become visible ambassadors for STEM professions, with most UK adults being unable to name a single living female scientist. Many of these graduates end up working outside of STEM: although women represent 47% of the UK workforce, only 13% of the STEM workforce is in fact female. Academia is a significant STEM employer in the UK; however, for those STEM female trainees who choose to work in academia, prospects of securing a high-profile position are low. For example, less than 20% of full-time STEM professors are women.

Is the lack of visible role models for women in science a problem? The short answer is yes, very much so. The lack of visibility continues to support the spread of stereotypes about science being a boy thing. For instance, a majority of parents hope for their sons to become engineers, scientists, professional sportsmen or tradesmen, while expecting their daughters to become teachers, nurses, fashion designers, doctors and hairdressers. This lack of visibility may also contribute to girls as young as six years old being less likely than boys to believe their own gender is the most brilliant.

On the other hand, visible role models can have a massive impact on self-confidence and career choice, with research showing that the number of girls interested in STEM almost doubles when they have role models (41%) compared to those who do not (26%). This means that visible role models can play a part in helping to close the global gender gap in the STEM workforce, thereby helping to address the shortage of qualified individuals needed to meet the burgeoning demand of technology jobs. By failing to develop and retain the talents of half of the world’s population, economies around the world indeed miss out on a major growth opportunity. 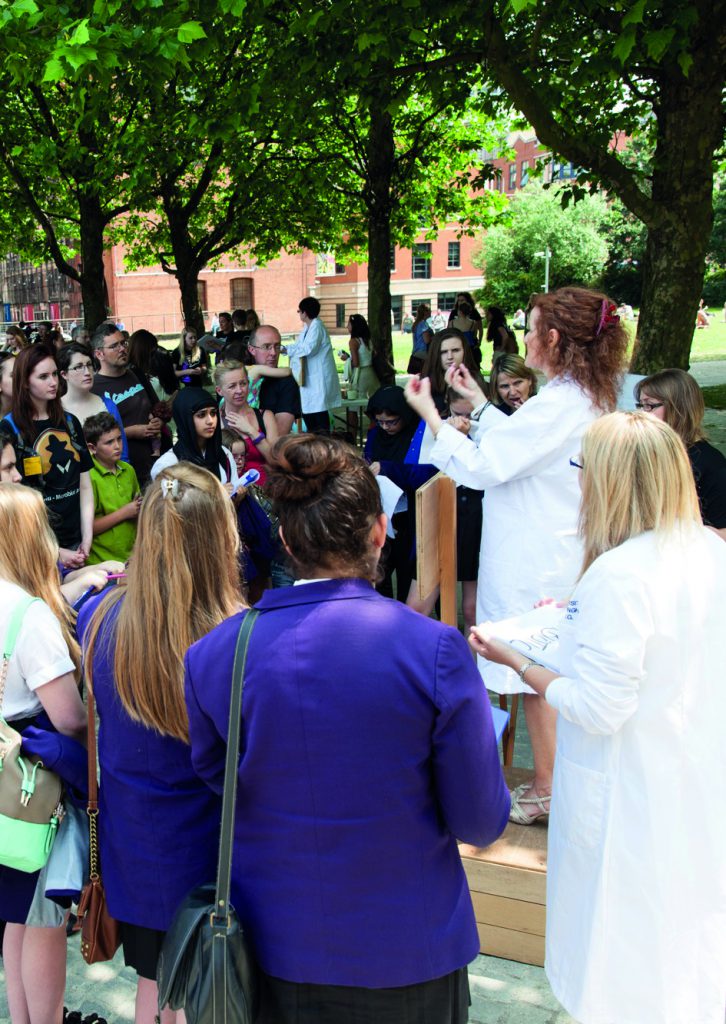 So, how do you improve the visibility of women in science, and thereby provide the much-needed role models to girls around the world interested in STEM? The solution that Seirian Sumner and I came up with years ago is to bring women scientists directly to the general public, in places where they don’t expect to see them, giving everyone a chance to strike up a conversation, ask questions, and realise that both men and women can advance knowledge, revolutionise the ways we do things, and push the limits of what humanity is capable of.

In 2011, we set up Soapbox Science as an annual public science communication event with a difference. By taking cutting-edge female scientists to busy streets and shopping centres, we transform public spaces into an arena for learning, exploration and scientific debate. Our events are sustainable, cheap, highly reproducible, and flexible. Their common aim is simple: inspire people who never normally get exposed to science, and tackle stereotypes about what scientists look like.

For the past nine years, Soapbox has evolved from a localised initiative to a global phenomenon; this year, events will take place in 19 cities across the UK, as well as in 13 countries around the world including Canada, Germany, Tanzania, Nigeria, Ghana, Brazil, Australia, Argentina and the USA, making it the biggest set of annual events to date. The call for speakers closed a few weeks ago, with >900 women having applied to speak at one of these events.

‘By taking cutting-edge female scientists to busy streets and shopping centres, we transform public spaces into an arena for learning, exploration and scientific debate.’ 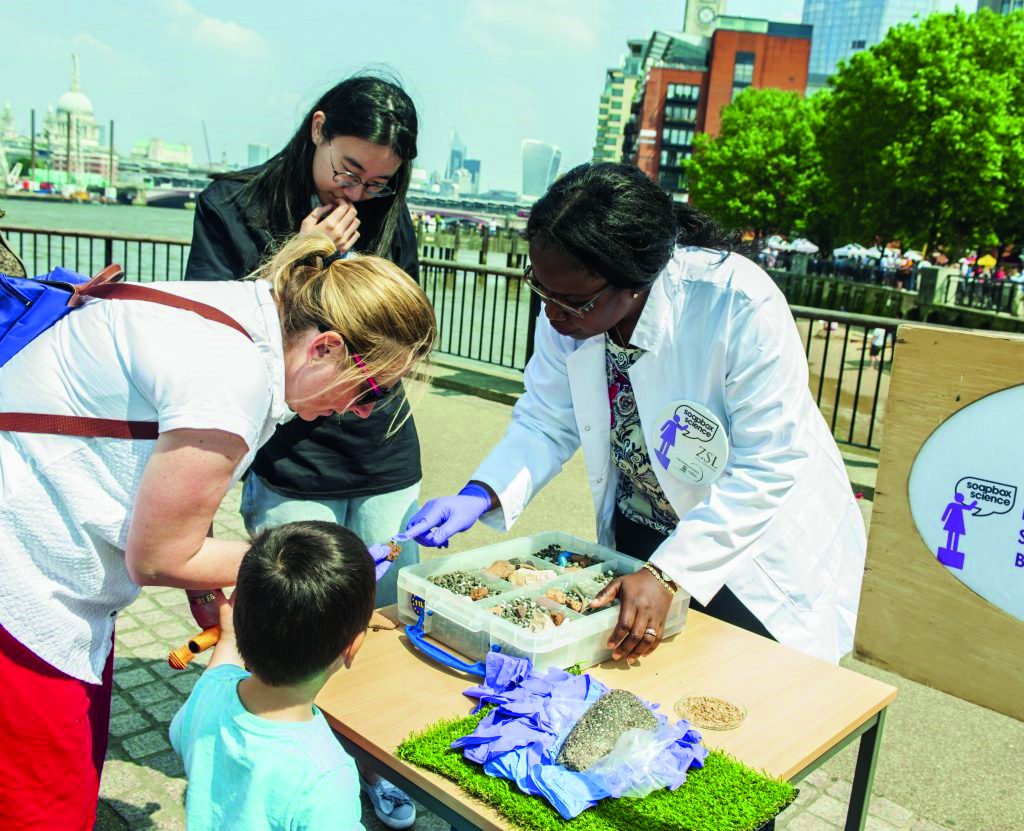 A Vehicle for Change

Importantly, Soapbox Science isn’t just about organising events and putting women on soapboxes: the initiative is used to bring local organisers, speakers and volunteers together, helping connect scientists who may not know about each other, train participants in science communication and help them grow their confidence in public speaking, share experiences and tips about how to build a career in science, and improve the visibility of women in science and the work they do in their home institutions as well as in the media.

It’s a fantastic vehicle to talk about science and ethnicity, socio-economic background and social mobility, disability, sexual orientation and gender perception. It’s a place where issues such as the two-body problem, the impostor syndrome, stereotypes, or the Matilda effect can be discussed. Soapbox connects potential mentors with mentees, investigators with co-investigators, supervisors with students and reviewers with writers. Soapbox is thus, first and foremost, a social enterprise aimed at promoting overall diversity in science.

Soapbox Science is only one initiative among the many that are trying hard to promote and build a more diverse scientific community. We hope that Soapbox plays a role in acting as a vehicle for change in addressing the detrimental effects of gender bias in scientists’ visibility, as well as boosting the confidence of female scientists and their profiles among their peers.

However, much more is needed to address the cultural beliefs and stereotypes that underpin the gender gap in STEM. Only when it is socially acceptable for men and women to have an equal chance of staying in STEM, taking a career break or adopting a flexible work schedule, will women no longer be the largest component of the sunk cost in science.