Metals have been improving our lives since the bronze age, but they also play a key role in keeping us healthy. We rely on numerous metals, such as cobalt, zinc and magnesium (among others), to perform essential roles in our bodies. Many bacteria also require these same metals to survive, creating competition to find and use them. Dr Albert Guskov at the University of Groningen has been exploring how metals are transported in our bodies and in bacteria, with a view to designing new anti-microbial treatments.

The Role of Metals in Microbial Survival

‘The peculiarity of metals is that they cannot be either synthesised or degraded, that’s why there is always an arms race between the host organism (us) and intruding bacteria to get control over metals,’ explains Dr Albert Guskov, a researcher at the University of Groningen.

Some harmful bacteria, such as Helicobacter pylori, rely on nickel to survive the harsh acidic environment in our stomach. ‘More than half of our population is infected with pylori, and although most of us will never develop any complications, in some individuals it can lead to severe gastrointestinal diseases (gastritis, ulcers and stomach cancer),’ explains Dr Guskov. ‘Therefore, we are working hard to study these systems in order to provide necessary knowledge, so the new generation of anti-pylori drugs can be designed.’

Towards this aim, Dr Guskov and his team have been looking at metal homeostasis – the control of metals in biological systems – and have recently investigated the transport of cobalt and nickel, which are essential metals for humans and bacteria alike. ‘Cobalt is an essential microelement (think of vitamin B12) for humans; alas, many bacteria also find it as an essential component of their diet,’ says Dr Guskov.

Zinc is another important metal, particularly in host–pathogen interactions. When a host (us) tries to collect all the available zinc at the host–pathogen interface to reduce the invading pathogen’s ability to damage the host, the bacteria react by using their own specific uptake systems to scavenge the zinc.

Magnesium is yet another vital metal present in every cell type of all organisms, with numerous biological roles. Despite the importance of magnesium, nickel, cobalt and zinc within our bodies, the mechanisms behind how these metals move through our cells and those of bacteria are not well understood.

‘More than half of our population is infected with pylori, and although luckily most of us will never develop any complications, in some individuals it can lead to severe gastrointestinal diseases (gastritis, ulcers and stomach cancer). Therefore, we are working hard on studying these systems in order to provide a necessary knowledge so the new generation of anti-pylori drugs can be designed.’

As numerous bacteria require these metals for survival, regulating their levels within human cells could help to control levels of invading bacteria. With antimicrobial resistance on the rise, this could provide a new avenue for designing new antibiotic drugs. However, in order to design such drugs, we need a far greater understanding of how metals move through bacterial cells and human cells. 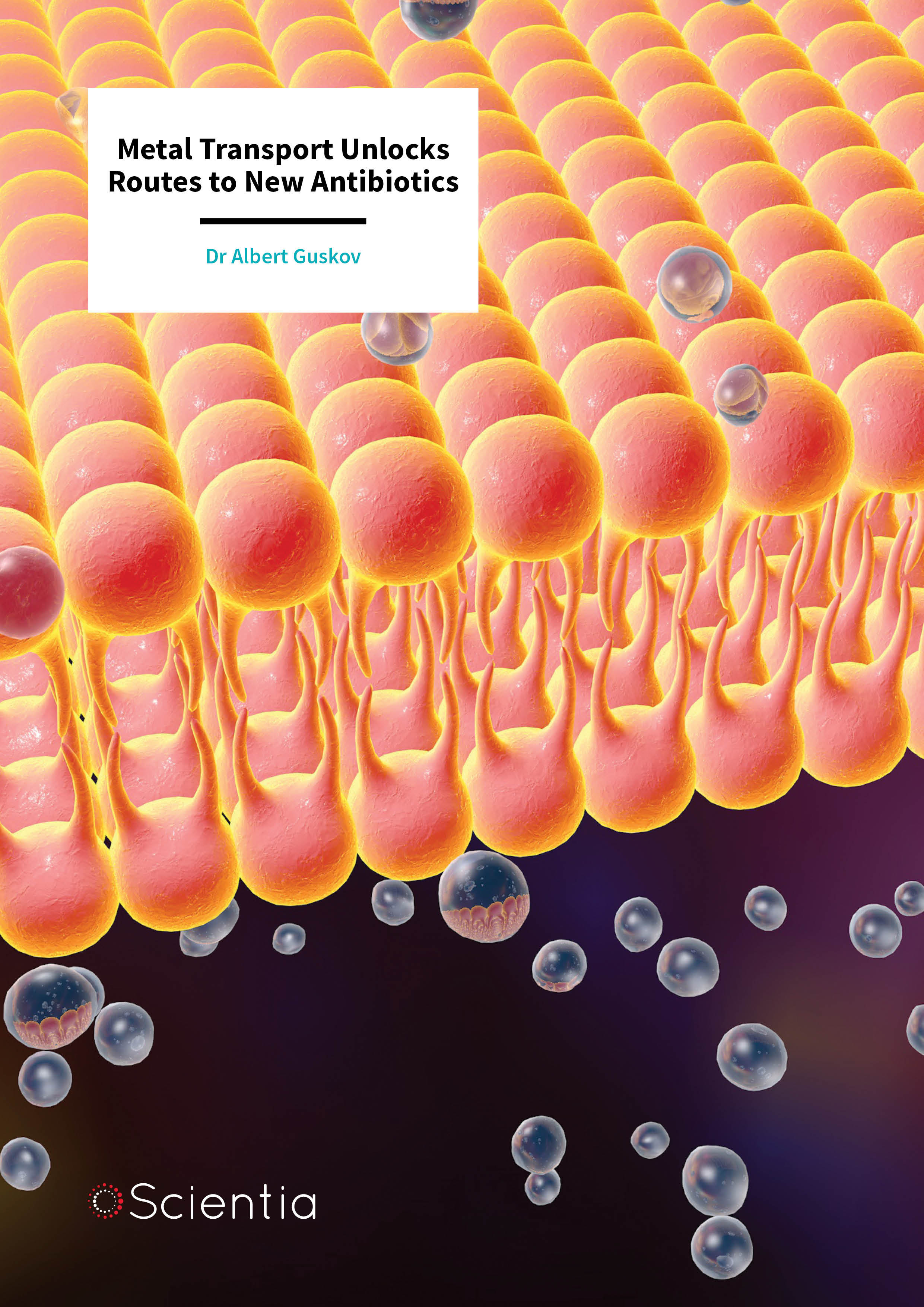 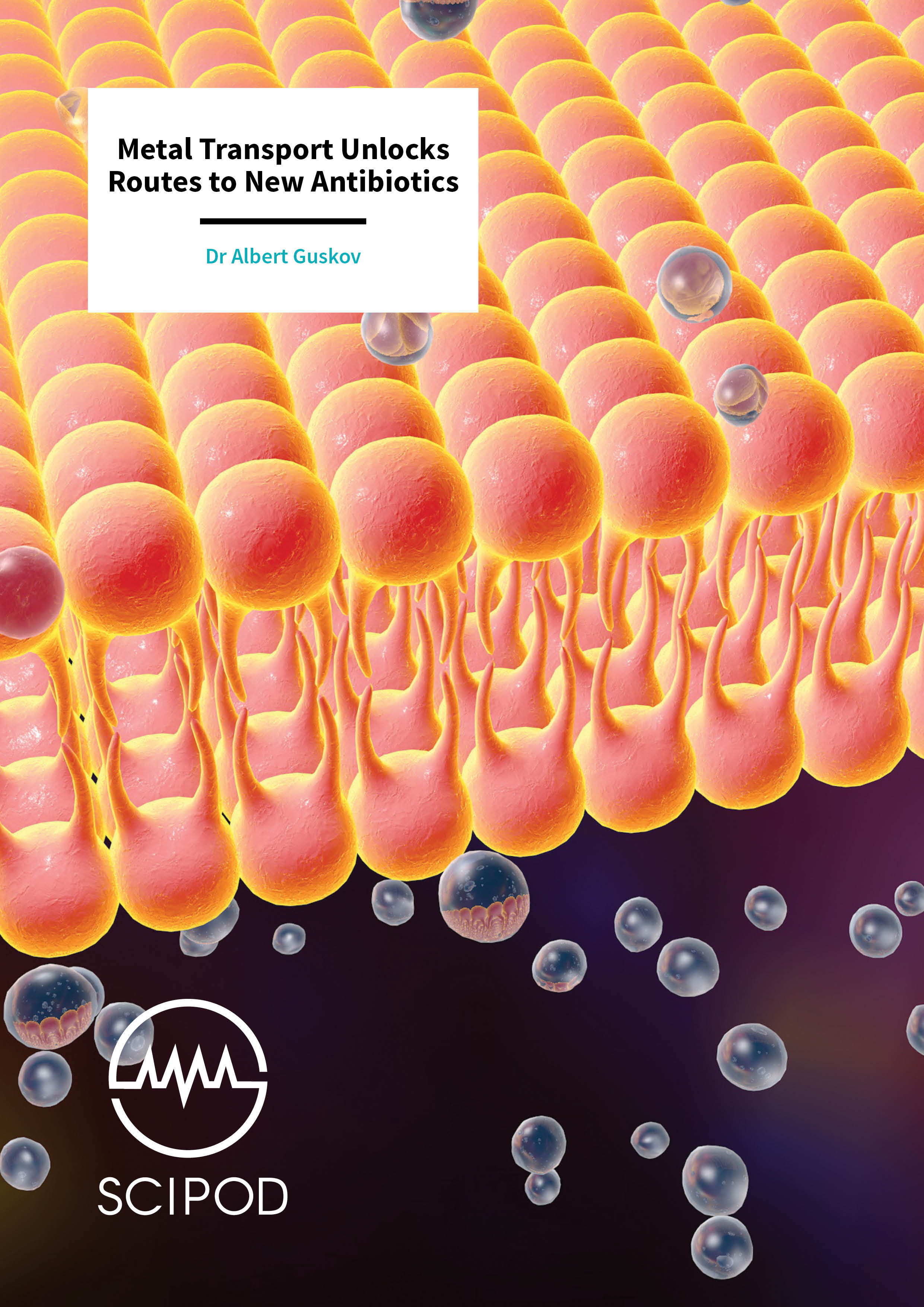 Metal Transport and the CorA Family

In all organisms, substances move in and out of cells through the cell membrane. The movement of metals across the membrane is achieved with help from special proteins. Depending on the type of transport pathway, these special proteins are either called channels (possessing a continuous opening from one side of the membrane to the other) or transporters (where access to either side is only possible at a given moment, and the protein needs to undergo structural changes to deliver a substance to the opposite side). 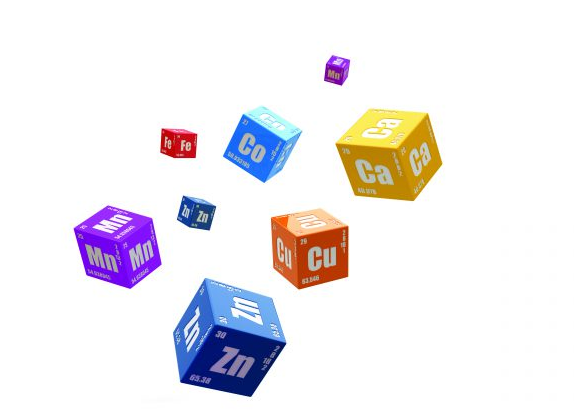 Substances move through these proteins in different ways – some flow freely through (passive transport), while others need energy to be moved along (active transport). In many cases, the movement of substances through the channels is controlled by a special ‘gate’, which opens or closes in response to chemical or electrical signals or mechanical force such as a structural change of the protein.

Although organisms require metals to function properly, elevated levels of most metals in cells can be toxic. Therefore, being able to regulate their levels accurately is key for a healthy system. Nature has, unsurprisingly, developed an elegant solution, by evolving several specific families of membrane proteins, one of them being the CorA family of proteins.

The CorA family is a group of ‘metal ion transporter proteins’ that secure the movement of metal ions (charged metal atoms) such as magnesium (Mg2+) across biological membranes. The transport of other metal ions such as cobalt (Co2+) and nickel (Ni2+) is also achieved by proteins from the CorA family. CorA proteins are abundant in bacteria, and there are similar proteins present in yeast and humans.

By understanding how CorA proteins in bacteria identify metals and transport them, we can design new drugs that will target these proteins (and not their human counterparts) and remove the cell’s ability to acquire the metals it needs to survive. This general idea is applicable to other families of membrane transporters as well. ‘Thus, by deciphering the principles and mechanisms of metal transport through these systems we can learn how to interfere with those with the ultimate goal to stop the growth of unnecessary bacteria in our bodies,’ says Dr Guskov.

In their most recent studies, Dr Guskov and his collaborators at the MRC Laboratory of Molecular Biology in Cambridge, UK, worked towards improving their understanding of zinc transport by analysing the structure of ZntB, a CorA-like protein, which is present in a number of pathogenic bacteria. 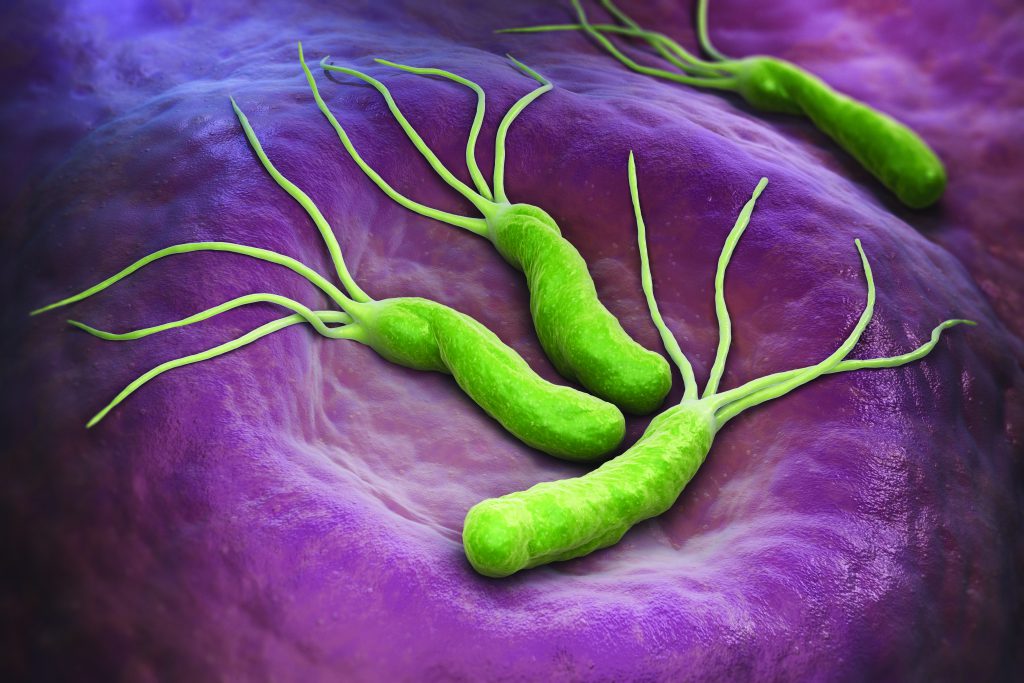 Pinning Down the Structures of CorA Proteins

One of the puzzling features of CorA proteins is how they distinguish between different metals – a phenomenon known as selectivity. Many scientists in the field believe that the shape of a particular protein (the way it is folded) defines the correct distance between a metal ion and the amino acid side chains, allowing the protein to recognise different metals. Ion transport pathways may only be a few atoms wide at the narrowest point, allowing only metal ions of a certain size to pass through. This selectivity for specific metals is often used to define the carrier protein family (for example, CorA proteins for magnesium transport and ZntB for zinc transport). Some ion channels may be selective to more than one metal.

Dr Guskov and his team have been working to elucidate the structures of CorA and CorA-like proteins. By knowing their exact structures, the team can start to piece together the metal transport mechanisms of these proteins, illuminating how essential metals move in and out of the cell and between its compartments.

However, determining the structure of a protein is a difficult task. X-ray crystallography, which involves firing x-rays at a crystal and recording how they bounce off its atoms, is the most commonly-used method, but it can often take a few months (or even years) to determine a protein’s structure. The main bottleneck with X-ray crystallography is that you need good quality protein crystals, and in most cases, proteins don’t crystallise well.

To analyse the structure of the zinc-transporter protein ZntB, Dr Guskov and his team used cryo-electron microscopy – a cutting-edge technique that was awarded the Nobel Prize for Chemistry in 2017. This imaging technique fires beams of electrons at proteins that have been frozen in solution. The emerging scattered electrons pass through a lens to create a magnified image, which can be used to work out the structure of a given protein. Cryo-electron microscopy is a powerful method, as it can take snapshots of proteins that can’t easily form into large crystals, and is becoming very popular among the scientific community.

Some time ago, the team also used X-ray crystallography to determine the first complete structure of a CorA protein from Methanocaldococcus jannachii (a microbe from the archaea family – very similar to bacteria). This CorA structure provided novel insights into the possible mechanism behind the transport of key metals, and most importantly, it revealed long-awaited details about how CorA proteins distinguish between different metals.

Now that the team had structures for both CorA and ZntB, they were able to directly compare the two systems. ‘The structures themselves unfortunately do not fully explain the fine selectivity over different (but quite similar in size) metal ions,’ says Dr Guskov. ‘Thus, we are also busy with additional studies, such as molecular dynamic simulations.’ However, the team’s investigations into CorA and ZntB did reveal that these two proteins use completely different transport mechanisms – CorA is a gated-channel and ZntB behaves as an active transporter, using proton coupling to fuel the transport of zinc. ‘That’s very surprising,’ proclaims Dr Guskov, ‘taking into account how similar the general architecture of both proteins is.’ 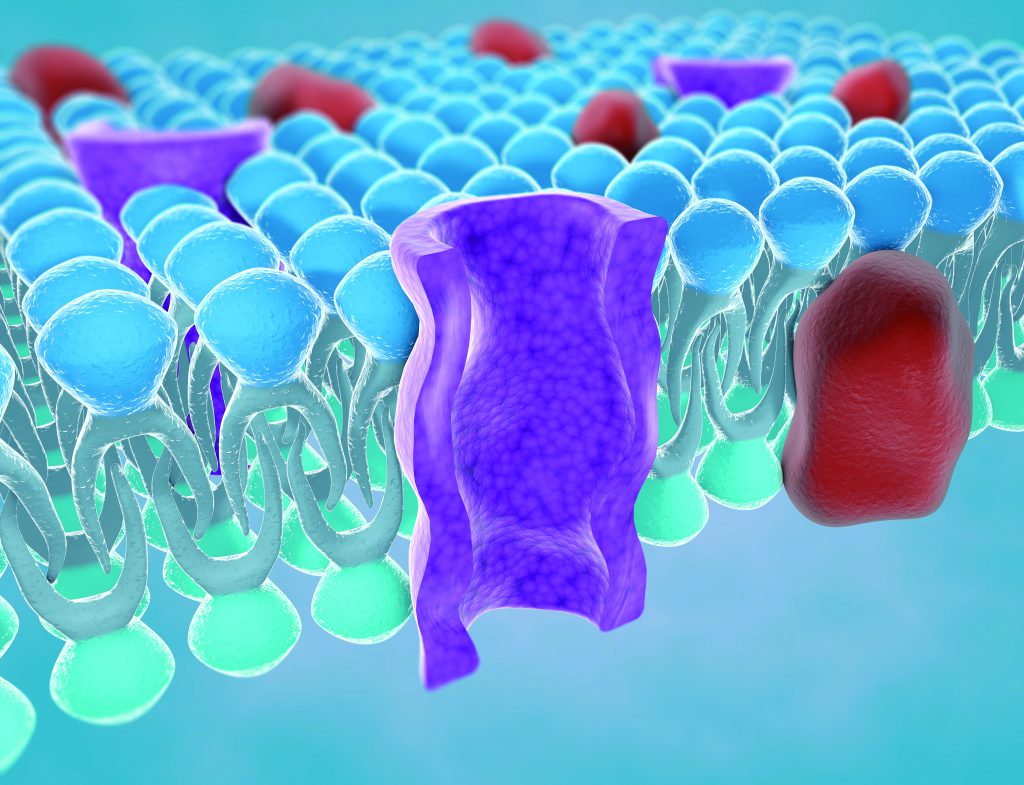 CorA is just one of a few metal transporter families that Dr Guskov and his team are working on. ‘There are many exciting things happening,’ states Dr Guskov. In collaboration with Dr Dirk Slotboom, also at the University of Groningen, the team has very recently obtained the crystal structure of another membrane protein that transports vitamin B12 – a molecule containing cobalt. Interestingly, this protein is completely unrelated to the other vitamin B12 transporters that have been structurally characterised so far. This transporter is the only one so far that actually possesses bound vitamin B12 in its structure. The team’s newly-discovered structure is allowing them to better understand how bacteria bind and transport this essential vitamin.

‘We are also working very hard on nickel transporting systems,’ adds Dr Guskov, ‘and we have obtained very promising preliminary results.’ This research is very timely, since several pathogenic bacteria rely on nickel-acquiring systems for their virulence, and nickel-resistant strains of bacteria have recently been shown to colonise a human’s gut.

The team now hopes that the structural models obtained during this work may serve as the starting point for the design of new antimicrobial drugs. 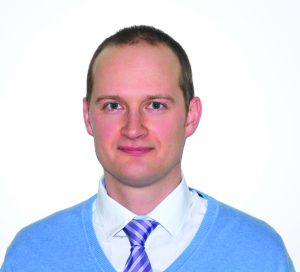 Dr Albert Guskov completed his PhD in chemistry at the Free University Berlin in 2009. He then moved to Singapore to work as a postdoctoral researcher, and returned to Europe in 2012 to take a position as a senior research fellow at the University of Groningen. In 2015 he became an independent group leader, and since 2017 he has been a tenure-track assistant professor and the Head of the Biomolecular X-Ray Crystallography Laboratory at the University of Groningen. Over the course of his career, Dr Guskov has brought about a range of important developments in the field of metal transport in biological systems. In particular, he has illuminated the understanding of metal transport via CorA proteins, including revealing details on the mode of magnesium uptake and transport. He continues to be a world leader in his field in structural biology and received the NWO Vidi Fellowship in 2015 and NWO Start Up grant in 2018.