Dr Albert A. Presto – Taking a Hard Look at Air Pollution so We Can All Breathe Easier

Oh, For a Breath of Fresh Air!

In 2008, one of the big scandals leading into the Beijing Summer Olympic Games was the Beijing air pollution problem. The news reports were replete with images of smog so dense that the buildings in the giant Asian city could barely be seen. Fortunately, the city and national governments took drastic measures to clean up the air, such as shutting down factories and other sources of particulate emission, and the games went without a hitch, at least from the standpoint of air quality. But the issue of air quality – or smog or pollution or whatever term one prefers to use – is not a new one. Residents of Los Angeles, California, beginning in the early 1940s experienced air pollution so bad that local historian Char Miller describes how ‘parents kept their kids out of school; athletes trained indoors; citrus growers and sugar-beet producers watched in dismay as their crops withered; the elderly and young crowded into doctors’ offices and hospital ERs with throbbing heads and shortness of breath.’ Of course, in California and elsewhere in the US and other developed nations, exhaust emissions from millions of trucks and motor cars are often blamed for poor air quality. But automobiles aren’t the only air pollution demon.

London’s Great Smog of 1952 wasn’t caused by automobiles – it was the proverbial perfect storm primarily caused by coal. A stretch of very cold weather and quiet wind conditions, coupled with the use of poor quality, sulphur-rich coal for home heating and industrial use, allowed for the emission of massive amounts of particulates, sulphur dioxide and other toxic gases, to the tune of more than 2,000 tonnes per day. Above ground transportation ceased – the Underground still functioned – and pedestrians literally could not see where they were walking, with visibility down to a metre or so at times. Medical facilities were taxed with cases of respiratory illness, especially in the young and elderly. Modern estimates put the number of deaths at over 12,000. Coal burning was the culprit, not motor vehicles. The bottom line was that fuel burning of whatever kind puts particulate matter and gases into the atmosphere that cause smog, whether in Beijing, Los Angeles or London. 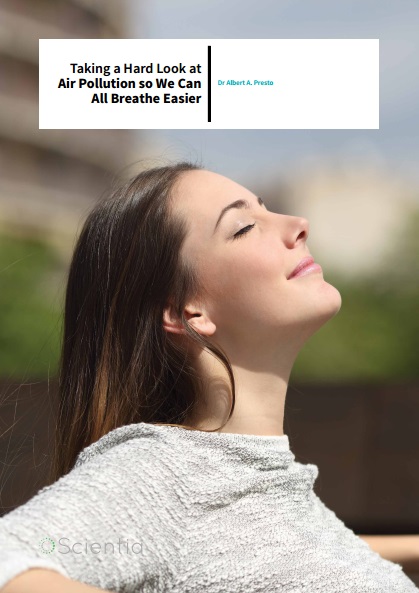 Interestingly, modern research into the Beijing smog done by scientists at Texas A&M University led to a better understanding of the London Smog half a century before. Apparently, nitrogen dioxide and sulphur dioxide reacted in water droplets in the smog to produce sulphuric acid, which in London was concentrated when sunlight evaporated some of the water vapour. This sulphuric acid was deadly to the human victims in London. In contrast, ammonia gases from nearby agricultural activities in Beijing essentially neutralised the sulphuric acid, leading to a different outcome. It is this type of research – looking at particulates themselves that make up the pollution produced by vehicles, plants and other fuel users, as well as the chemical reactions that go on within the smog itself – that Dr Presto and his colleagues dedicate themselves to, in an effort to describe ongoing pollution, understand how we create it and find ways that we can fix it. 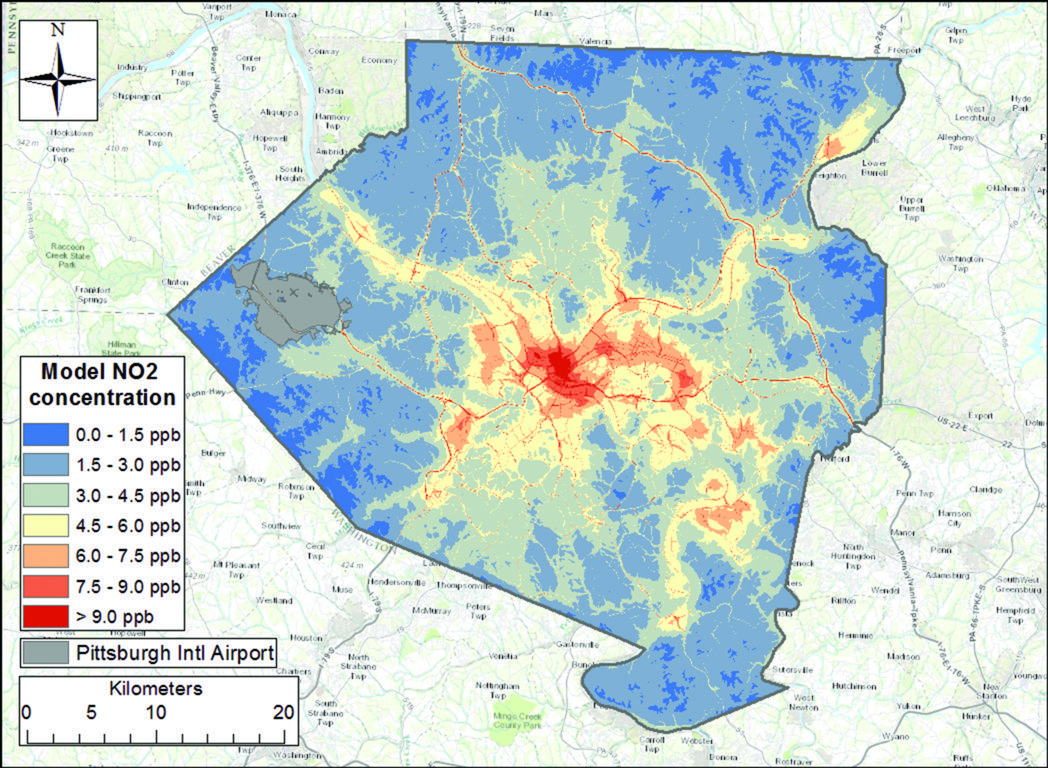 A common denominator of most global pollution is the burning of fossil fuels. Certainly, volcanic eruptions and other natural phenomena can cause problems – witness the Eyjafjallajökull eruption in Iceland in 2010 that disrupted international air traffic and deposited ash over much of Northern Europe. But by and large, the common causes of air pollution, especially near large cities and other human concentrations, are industrial and motor vehicular exhaust from the combustion of oil, gas, coal and other fuels. To advance our understanding of the geographic distribution of pollutants, in the hope of developing ways to reduce them, Dr Presto and his collaborators use atmospheric measurements, laboratory studies, and mathematical methods.

Since the 1950s and 1960s, scientists have been taking ever more accurate measurements of annual average concentrations of air pollutants to protect against conditions like those of London in 1952 or 1940s Los Angeles. However, there currently aren’t many monitoring sites, limiting the capability of capturing intra-urban variations in pollution levels. Mobile pollutant mapping studies can measure pollutants at a large number of sites during short intervals, but this snapshot analysis makes for substantial uncertainty in calculating annual mean concentrations, since levels vary over time. To quantify this uncertainty for existing sampling strategies and find ways to improve future studies, Dr Presto and his colleagues used the so-called Monte Carlo method on nationwide data from the US EPA Air Quality System.

The Monte Carlo method or Monte Carlo simulation is a computerised mathematical technique that looks at risk in quantitative analysis and decision-making. It was named after the famous casino because it provides a mathematical way to look at a range of possible outcomes and the probabilities of them occurring. In other words, what are your possible outcomes if you, say, draw a card versus if you hold’em? Seriously, though, the method was first developed by scientists working on the first atom bomb and now it’s used by scientists in many disciplines to describe things that have a large degree of uncertainty, like Dr Presto’s pollution data from too few monitoring sites or too short time intervals. Using this strategy, Dr Presto performs risk analysis by building a probability distribution of the outcome data and then recalculating results over and over, each time using a different set of random values from the probability functions. The Monte Carlo simulation then results in distributions of possible outcome values that Dr Presto can then use to make predictions and recommendations. 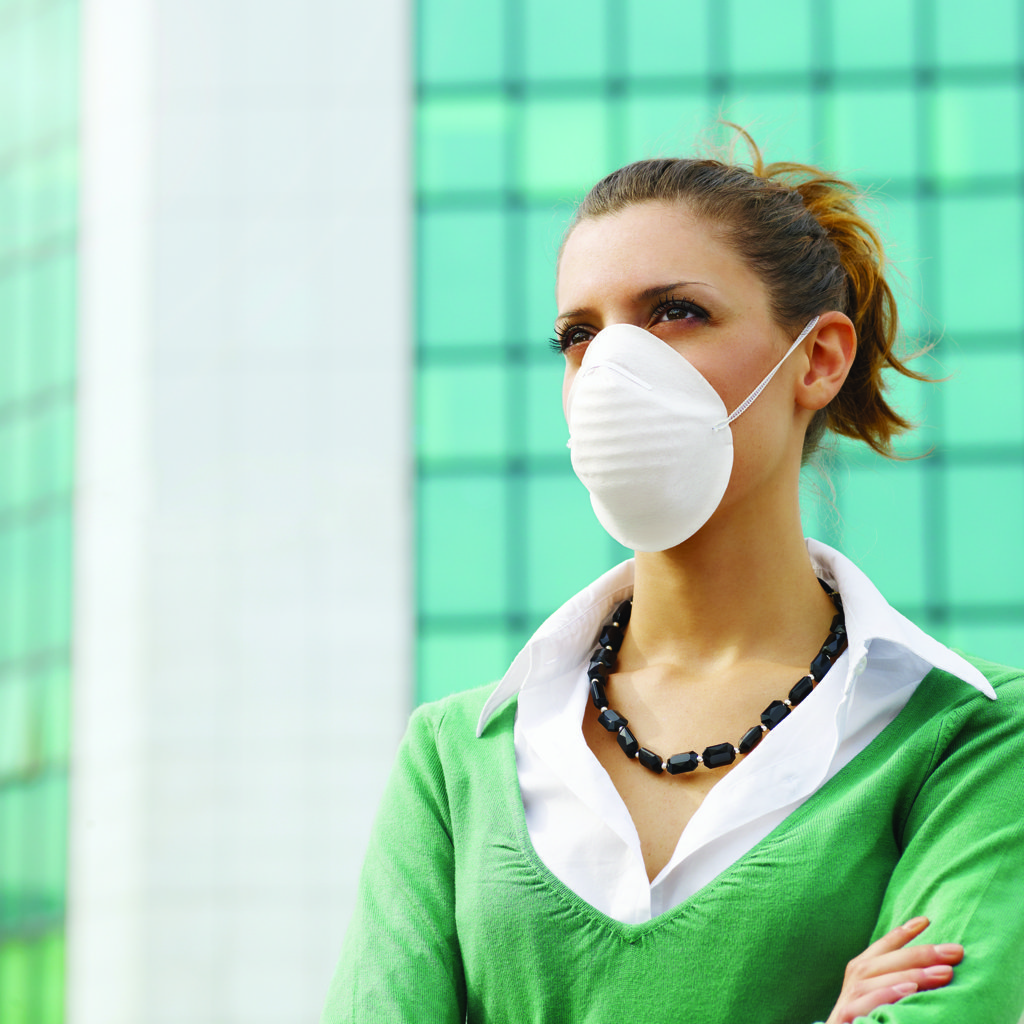 Dr Presto and his team found that the usual fixed sampling designs have much larger uncertainties than previously thought, but they produce accurate estimates of annual average pollution concentrations about 80% of the time. Mobile sampling has difficulty in estimating long-term exposures for individual sites, but performs better for groups of sites calculated together. The accuracy and the precision of both designs decrease when variation in the data rises, making it a challenge with sites impacted intermittently or randomly by local sources, like factory emissions that create wind-borne plumes. The more random or variable the data is, the harder it is to make it work. Dr Presto calculated that using reference sites to correct the measurements does not remove all the uncertainty associated with short duration sampling. However, they could tinker with that idea and obtain some possible answers.

Dr Presto and colleagues proposed reasonable methods for future mapping studies to reduce the uncertainties when estimating annual mean pollution concentrations. They recommend that future fixed sampling studies should involve two different week-long sampling periods over all four seasons. Furthermore, mobile sampling studies should employ five or more sites grouped together to estimate annual mean concentrations. The team’s findings, which were published in the journal Atmospheric Environment, pointed to ways that pollution could be more accurately predicted with statistical number crunching of data that already existed and ways to plan for future data collection to get better results. However, measuring pollution and pollutants is one thing. Finding where they came from or what they are made of is another.

Since the pollution in question here is from the burning of fossil fuels, then it is necessarily organic – made up of carbon, hydrogen and oxygen. Just like in the Beijing and London smog, it appears that the chemicals in the pollutants – especially if they’re dissolved in water vapour in the atmosphere – can interact chemically. To further explore this interaction, Dr Presto took his work to the chemistry lab.

In a paper he published in Atmospheric Chemistry and Physics, Dr Presto and his colleagues from Carnegie Mellon reported on experiments they performed using smog chambers. They wanted to look at the transformation of primary organic aerosol pollutants – the burnt fuel exhausted from fossil fuel burning engines – and the formation of secondary organic aerosols caused by exposure of dilute exhaust to sunlight and the atmosphere. They took exhaust emissions from a fleet of gasoline and diesel motor vehicles and gas turbine engines, and showed how the organic chemistry of the pollutants progressed after they were released from the engines. What they found was that these engines resulted in a combination of carboxylic acid and alcohol/peroxide formation – chemicals that are certainly important in atmospheric pollution. Basically, it’s not just burned fuel that you have to worry about – it’s also acids and alcohols that actually form in the exhaust when exposed to air and sunlight. Since over 50% of pollutants are organic aerosols, this could be a big problem. But this was lab work. What about getting out into the field again?

Checking Out the Air in Pittsburgh

Developing theories for measuring pollutants and working out the chemistry of the components in the laboratory is rewarding and important work. But Dr Presto and his group got up close and personal by applying some of their expertise to their own backyard – Pittsburgh in Pennsylvania. The team performed mobile monitoring of trafficrelated air pollutants using Carnegie Mellon’s ‘Breathemobile’ – a traveling lab they designed to map and monitor air quality. They drove this van around the Pittsburgh area, collecting data and increasing public awareness of the harmful impacts of air pollution. Their data revealed substantial geographic variability in particle-bound polycyclic aromatic hydrocarbons and black carbon, driven in large part by pollutant plumes from high emitting vehicles. These plumes were found to make up a disproportionately large fraction of the near-road particle-bound pollution and black carbon. To describe the pollution distribution, the team developed new statistical models and presented their findings at public meetings. And this idea – a mobile laboratory van – gave them a large amount of data to use to really get to the bottom of the pollution problem in Pittsburgh.

Pittsburgh was named – at least in 2014 – as one of the top ten most polluted cities by the American Lung Association. Dr Presto and his colleagues are actively attacking this problem with their Breathemobile and scientific expertise. By carrying out multiple studies investigating the type and distribution of pollutants in the Pittsburgh area, they have gained new insight into how pollutants spread throughout the city and where they tend to concentrate. Their results are making an impact too, as officials in both the city and state are taking a close look at the problem and Dr Presto’s suggestions. 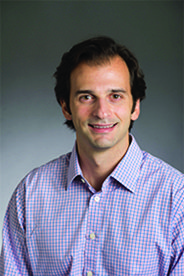 Dr Albert Presto received his PhD in Chemical Engineering at the Carnegie Mellon University in Pittsburgh in 2005. He then carried out postdoctoral research until 2007 with the US Department of Energy’s National Energy Technology Laboratory. Thereafter, he joined the faculty of Carnegie Mellon University, first as Laboratory Research Manager in the Centre for Atmospheric Particle Studies, and now as Assistant Research Professor in the Department of Mechanical Engineering and the Centre for Atmospheric Particle Studies. Dr Presto’s research addresses the contributions of primary and secondary pollution sources – cars and trucks, oil and gas wells – using ambient measurements, laboratory experiments, source testing of pollution sources, and atmospheric models. He also explores the environmental impact of these pollutants, particularly ozone and particulate matter, and their adverse impact on human health. To that end, Dr Presto collaborates with medical professionals to develop detailed studies of pollutant exposure on a local level, so as to better understand the relationships between pollutant emissions and human illness, such as childhood asthma. He has authored or co-authored over 40 articles published in peer-reviewed journals and other professional proceedings, and is a member of the American Association for Aerosol Research, the American Geophysical Union and the International Society of Exposure Science.