When an electron is absorbed by a heavy atom or molecule, a heavy, negatively-charged ion is formed. These negative ions can be used for a wide array of useful applications, from organic solar cells to water purification. However, the electron absorption process for heavy particles is a complex many-body process, making it difficult for physicists to understand how the ions form. Dr Alfred Msezane at Clark Atlanta University has developed a robust mathematical theory to gain a fundamental understanding of negative ion formation in such heavy systems for the first time.

Among the most famous recently-discovered heavy molecules are fullerenes – complex arrangements of carbon atoms that form hollow, ball-shaped structures. Perhaps the most well-known fullerene molecule is C₆₀, or ‘buckminsterfullerene’. This almost perfectly spherical molecule of 60 carbon atoms has proved remarkably useful in a variety of fields, particularly nanotechnology. Many other varieties of fullerene have also been fabricated. These molecules contain widely varying numbers of carbon atoms, often with more complex, less spherical shapes than C₆₀.

Another newly-explored area of chemistry involves lanthanide and actinide atoms. Occupying the bottom rows of the periodic table, these elements contain large numbers of protons and neutrons in their nuclei, making them some of the heaviest and most complex atoms ever discovered.

Chemical reactions involving such heavy atoms and fullerenes have become a widely studied area in modern chemistry and chemical physics. Until very recently, the interactions of both types of systems with other particles, particularly electrons, have been notoriously difficult to understand, largely due to the complexity of the processes involved. In discovering how these interactions can take place, scientists hope to unlock new, useful properties of heavy atoms and fullerenes for use in experiments and wider applications.

Recently, scientists have begun to carefully explore how low-energy electrons can be made to collide with fullerenes and heavy atoms to form large, negatively-charged ions. An understanding of this process would give researchers a greater knowledge of how chemical reactions involving these heavy systems take place. This insight would benefit developments in applications including the production of materials for creating efficient organic solar cells and methods to efficiently transport medicine throughout the human body.

For Dr Alfred Msezane and his team at Clark Atlanta University, perhaps the single most important application is the development of methods for inexpensive water purification. Heavy negative ions can act as catalysts in a reaction that transforms water into hydrogen peroxide – an important chemical in the purification process. The ability to produce heavy negative ions inexpensively would make it significantly easier for people in the developing world to source drinkable water, helping to prevent disease.

However, the electron absorption process is much harder to understand when larger complex atoms and molecules are involved. Because of their large size, these systems are already home to large numbers of electrons, which interact with each other through a variety of mechanisms. These interactions are remarkably complex, making it incredibly difficult for scientists to predict what exactly will happen when another electron is introduced into the system. Through both theory and experiment, Dr Msezane and his team are working towards gaining a fundamental understanding of the mechanisms underlying the formation of heavy, negatively-charged ions for the first time.

One of the most challenging problems in atomic and molecular physics when exploring negative ion formation in heavy complex atoms and fullerene molecules is determining accurate and reliable values for the ‘electron affinity’ of the atoms and molecules involved. This term describes a fundamentally important quantity in atomic and molecular physics: the amount of energy released when an extra electron is added to an isolated gaseous atom or molecule, turning it into a negatively-charged ion. 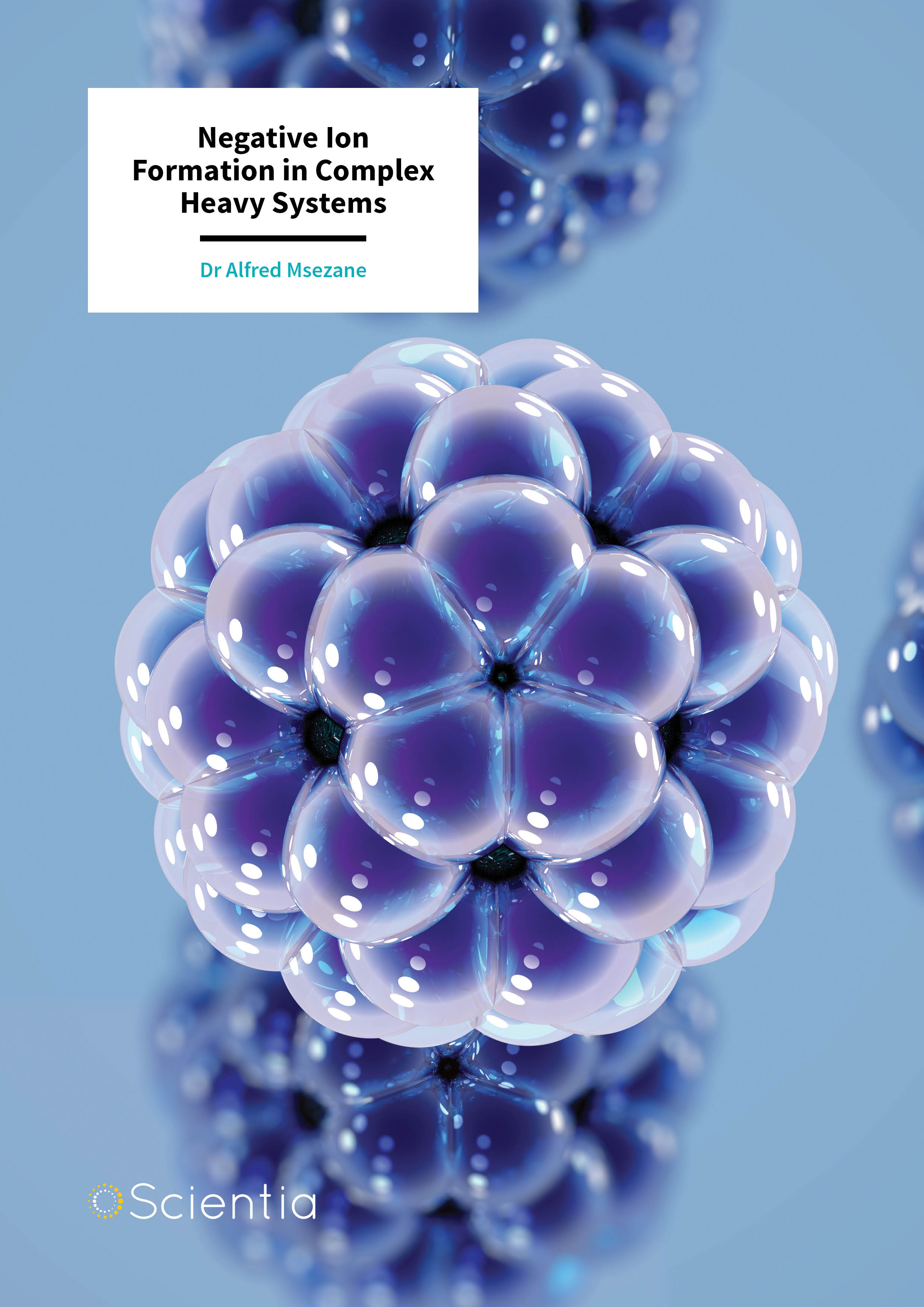 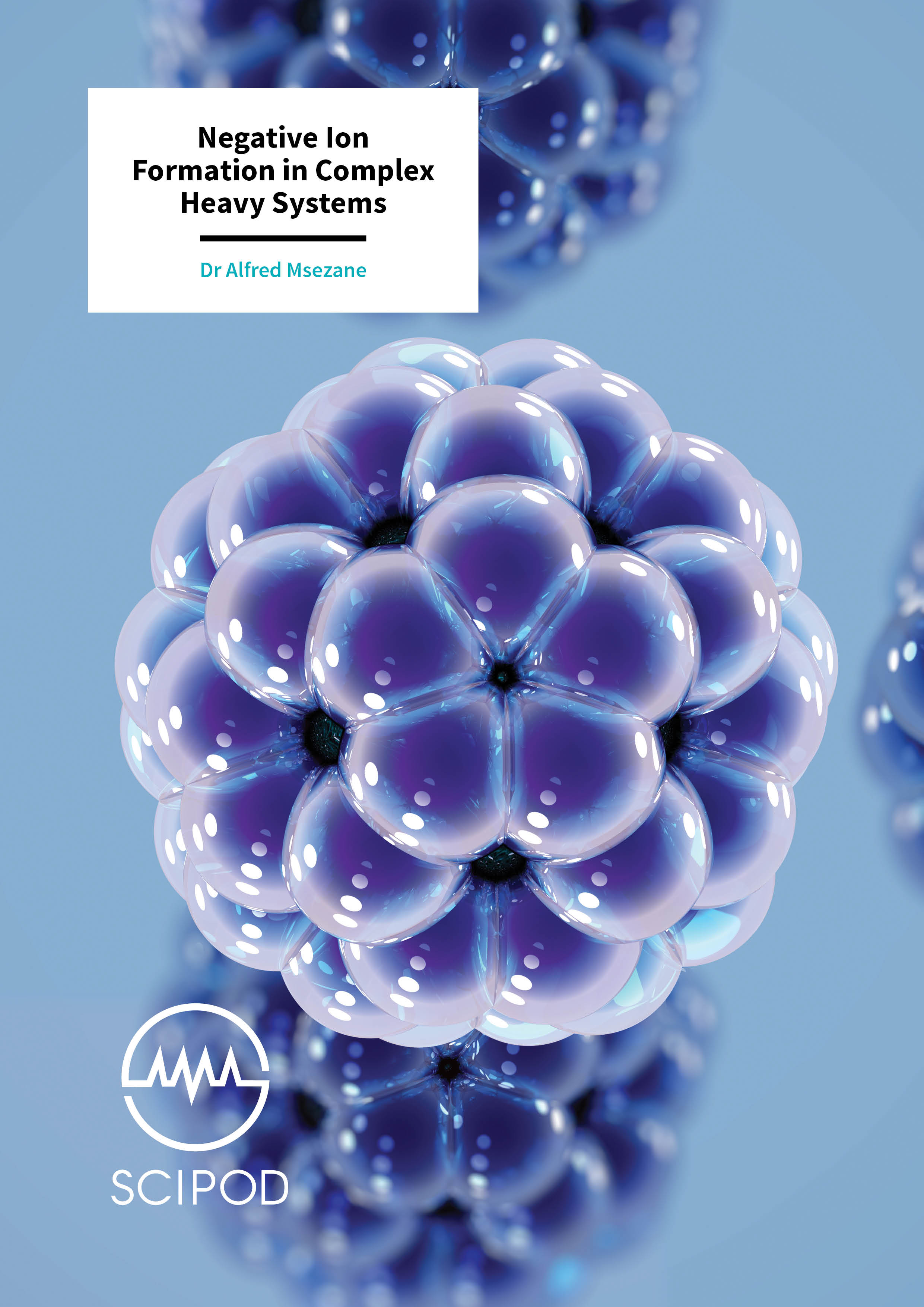 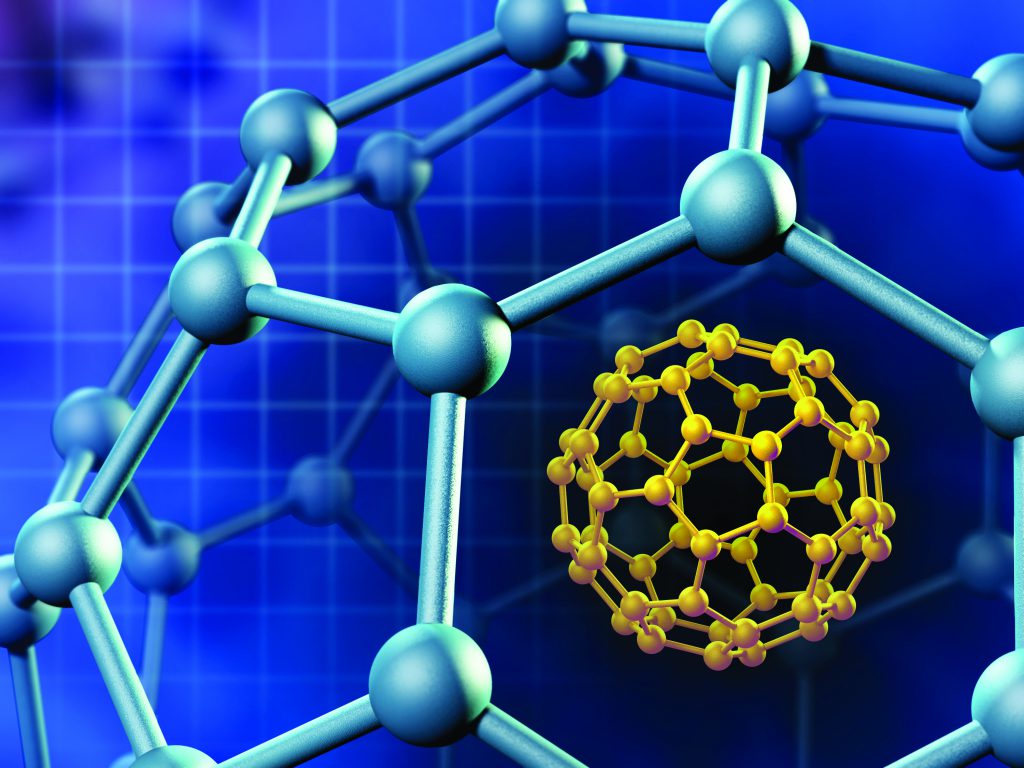 In his research, Dr Msezane acknowledges the pressing need to obtain robust, accurate and reliable values for the electron affinities of heavy systems. Ultimately, these values are key to understanding how the interactions that transform heavy particles into negatively-charged ions work. Without a fundamental understanding of the physics at play in the determination of reliable electron affinities, producing heavy negative ions is not particularly feasible, making applications from organic solar cell production to water purification incredibly difficult.

To obtain more robust electron affinity values, Dr Msezane and his colleagues have adapted existing mathematical theory to reliably predict the interactions of low-energy electrons with heavy complex systems. ‘The crucial electron-electron correlations and the vital core polarisation interactions are embedded in our novel and robust “Regge pole” methodology,’ he explains. ‘This allows us to gain a fundamental theoretical understanding of the mechanism underlying negative ion formation in low-energy electron collisions with complex heavy atoms and fullerene molecules, leading to the formation of stable negative ions.’ Consequently, reliable electron affinity values can be extracted.

Essentially, the Regge pole methodology Dr Msezane describes is composed of a set of equations that model the behaviours of large systems of electrons, each of which has its own influence over the properties of the system as a whole. Importantly, the model describes what happens to an incident, low-energy electron as it collides with the larger system.

As the incident electron approaches the system, it initially travels in a straight path. However, the repulsive forces between the incident electron and the system cause the electron to deviate, or ‘scatter’ from its original path – potentially becoming trapped by the system. The Regge pole methodology describes how the angle of this scattering will vary, depending on a quantum property of the electron known as its complex angular momentum and its energy. This scattering and the interactions between electrons in the system give rise to two fundamentally important quantities, both of which are vital to exploring the mechanism involved in negative ion formation. 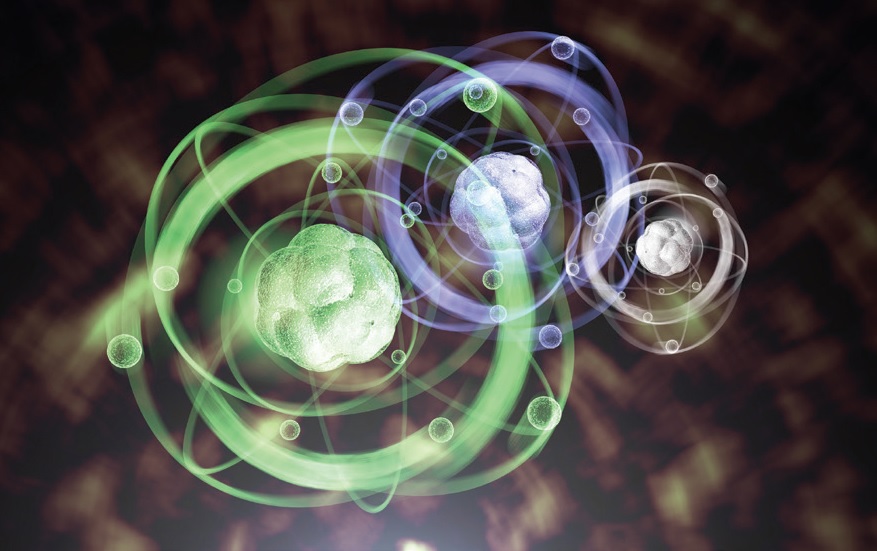 The first of these quantities is named the electron elastic scattering ‘total cross-section’. The term describes a quantum mechanical cross-sectional area surrounding an electron system which, if entered by an incident electron, will scatter the electron to some degree. Calculations of the total cross-section reveal the second fundamental quantity, known as the negative ion ‘binding energy’. This value represents the minimum energy required to form a stable negative ion of the system, namely the incident electron attached to the complex heavy atom or the fullerene molecule.

Together, the two quantities form the basis of Dr Msezane’s objective to obtain the accurate and reliable electron affinity values. ‘We have extracted reliable ground state binding energies of formed negative ions from our calculated electron elastic scattering total cross-sections for the fullerenes that matched excellently the measured electron affinities; this is a theoretical feat that has never been achieved before,’ he says. ‘And these calculated ground state negative ion binding energies correspond to the electron affinities of the heavy atoms and the fullerene molecules.’

A strong motivation for extracting theoretical electron affinity values using the Regge pole methodology in this way is that Regge poles are generalised bound states; therefore, they rigorously determine negative ions binding energies. Thus, calculated binding energies of the negative ions formed during the collisions correspond to the electron affinities of the systems, leading to a direct comparison with experimentally measured electron affinities. Where previous measurements of electron affinities suffered due to the complexity of heavy atoms and fullerene molecules, resulting in long-standing unreliability of published values, Dr Msezane’s research offers the first concise method to test and guide both measurements and other theoretical calculations of this quantity. ‘Indeed, the Regge pole methodology requires no assistance from experiment or other theory to achieve the remarkable results for the heavy atoms and fullerene molecules,’ he states.

Dr Msezane’s current focus is to directly measure experimentally the quantities his team has explored theoretically, by observing the characteristic oscillatory patterns, or ‘resonance structures’ in the electron scattering total cross-sections that characterise negative ion formation in low-energy electron collisions with heavy systems. These resonance structures, which yield the important negative ion binding energies, allow for a far more comprehensive examination of negative ion formation than previous studies have achieved.

‘Our immediate objective is to identify and delineate the resonance structures in the electron elastic total cross-sections for the considered systems and determine negative ion binding energies,’ says Dr Msezane. One particularly important feature of these resonance structures is the range of energies over which their oscillations will occur – a quantity that characterises the formation of each different heavy negative ion.

In recent studies, Dr Msezane and his colleagues found that resonance structures in the total cross-sections of heavy systems generally occur over extremely narrow ranges in energy, giving rise to dramatically sharp resonance peaks. Mathematical analysis of the shape and size of these peaks has ultimately allowed the researchers to accurately extract definitive electron affinities of both fullerene molecules and heavy atoms for the first time.

Already, the available experimental values for electron affinity for the fullerene molecules agree remarkably with the values that Dr Msezane has calculated through his theoretical Regge pole methodology. ‘Indeed, the methodology requires no assistance whatsoever from either experiment or other theory to achieve the unprecedented feat,’ he says. His team’s future work now promises significant advances in our ability to understand and fabricate negatively-charged ions from heavy systems, allowing for a diverse range of applications.

Dr Msezane’s research has brought about important advances in the field of atomic and molecular physics. This increased level of understanding could open up many new avenues for research in fields encompassed by both physics and chemistry. However, the advantages of producing heavy, negatively-charged ions stretch far beyond academic advances alone. ‘Understanding chemical reactions involving negative ions also has importance and utility in terrestrial and stellar atmospheres, organic solar cells, drug delivery, device fabrication and nanocatalysis,’ Dr Msezane says. ‘Our findings also allow for multi-functionalisation of heavy negative ions including in catalysis for inexpensive water purification in developing countries as well as in the oxidation of methane to methanol without carbon dioxide emission.’

With further studies into these areas, Dr Msezane’s research could soon provide solutions to some of the most pressing issues in global society, from poverty and disease to climate change. 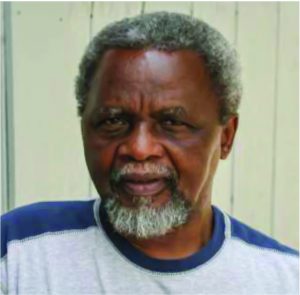 Dr Alfred Msezane is a Professor of Physics and the Founding Director of the Centre for Theoretical Studies of Physical Systems at Clark Atlanta University. In a career spanning five decades, beginning in his native country of South Africa, he has published almost 400 research papers and supported scores of graduate and undergraduate students through his mentoring. Among many prestigious honours, including Fellow of the Royal Society of Chemistry, Institute of Physics, American Physical Society and American Association for the Advancement of Science, he is an appointed Member of Europe-Africa Foundation for Science & Technology, as well as a member of the Advisory Commission of the UNESCO-UNISA Africa Chair in Nanosciences and Nanotechnology. Dr Msezane’s primary research interests, among his extensive research, involve gaining a fundamental understanding of the electron attachment mechanism in heavy and complex atoms and fullerenes, leading to stable negative ion formation.