Many systems in nature change in random, unpredictable ways over time. From the motions of microscopic particles in fluids to the daily price of stocks, random processes play a large role in systems we interact with every day. Also, because of our incomplete understanding of the phenomena underlying many non-random systems, the mathematical models we use to describe them are often plagued with random uncertainties. Dr Ali Mesbah at the University of California at Berkeley aims to optimise the performance of random and uncertain systems through learning their behaviour in real time.

Random, or ‘stochastic’ systems present an intriguing problem for mathematicians and physicists. The term describes how the dynamics of a variety of both natural and human-made systems can often depend on collections of variables that are ultimately arbitrary. It can also arise in mathematical descriptions of non-random systems due to their own random uncertainties. In these cases, it becomes difficult to predict how properties of these systems will change and progress over time. Dr Ali Mesbah and his team at the University of California are interested in stochastic systems that exhibit ‘nonlinear’ behaviour, where changes in the input of the system are not necessarily proportional to changes in the output.

Stochastic nonlinear systems encompass a variety of processes that require high degrees of control, from the molecular interactions in self-organising or biological systems to energy efficient buildings. By building and improving mathematical models to approximate their behaviour, researchers are beginning to describe them with increasing accuracy – giving the user controlling a system a say in how it will progress, and in how its behaviour can be optimised to their specific requirements. However, many researchers have found simulation and performance optimisation of stochastic nonlinear systems to be a challenging task. 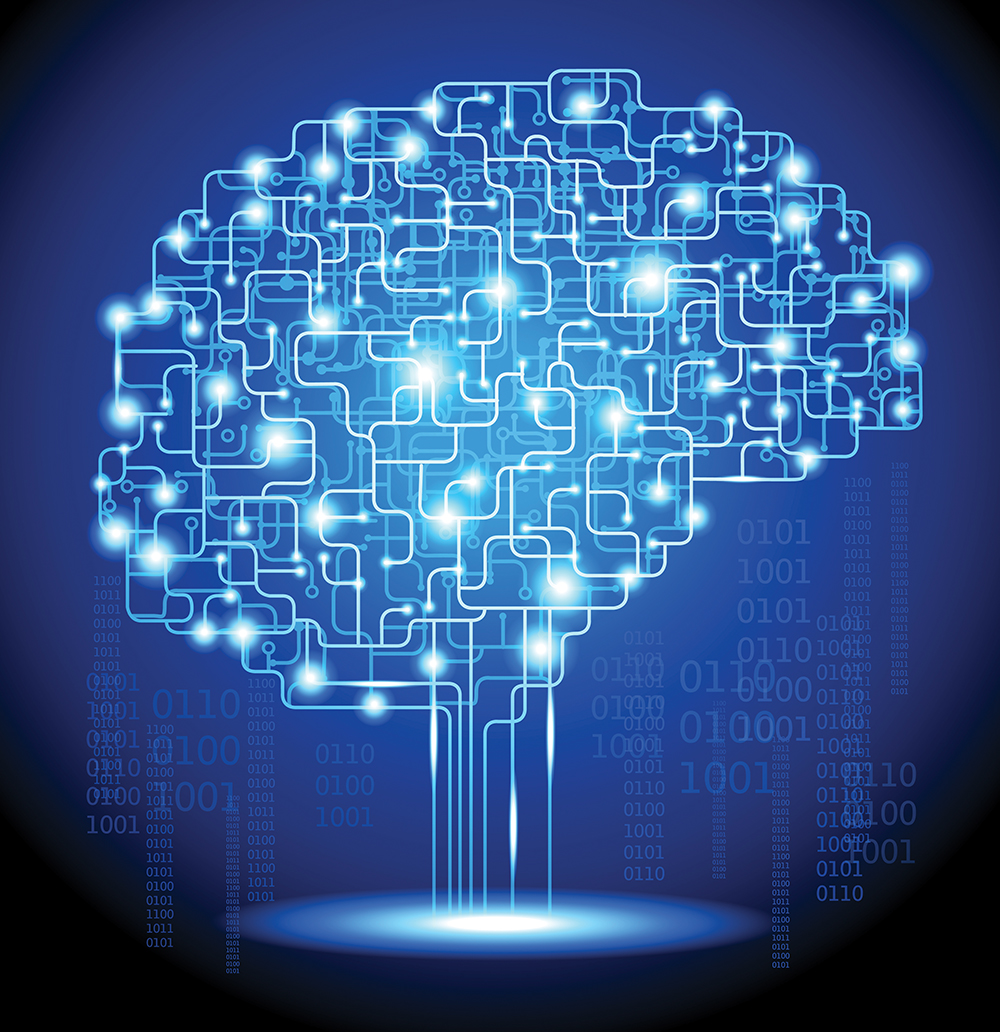 When attempting to control stochastic systems, researchers are ultimately faced with two fundamental challenges. The first of these is the enormous complexity required for models to accurately reproduce the behaviours of physical systems inside a computer. When building models that are based upon the most fundamental laws of physics, researchers will need to account for an increasingly intricate web of physical, chemical and/or biological phenomena to ensure their simulations remain accurate.

Secondly, our understanding of the fundamental laws of physics themselves is far from complete. This means that when researchers program these laws into their models, they also need to program in the uncertainties associated with the laws – creating an inherent uncertainty in the overall model. Together, these issues pose key challenges to performance optimisation of complex systems.

The overreaching objective of Dr Mesbah’s research is to develop learning-based approaches to addressing the performance optimisation of uncertain, complex systems. Starting from programming our incomplete knowledge of physical laws into computer models, this approach would allow computers to gain information about the laws over time – allowing them to reproduce system behaviours with increasing accuracy. 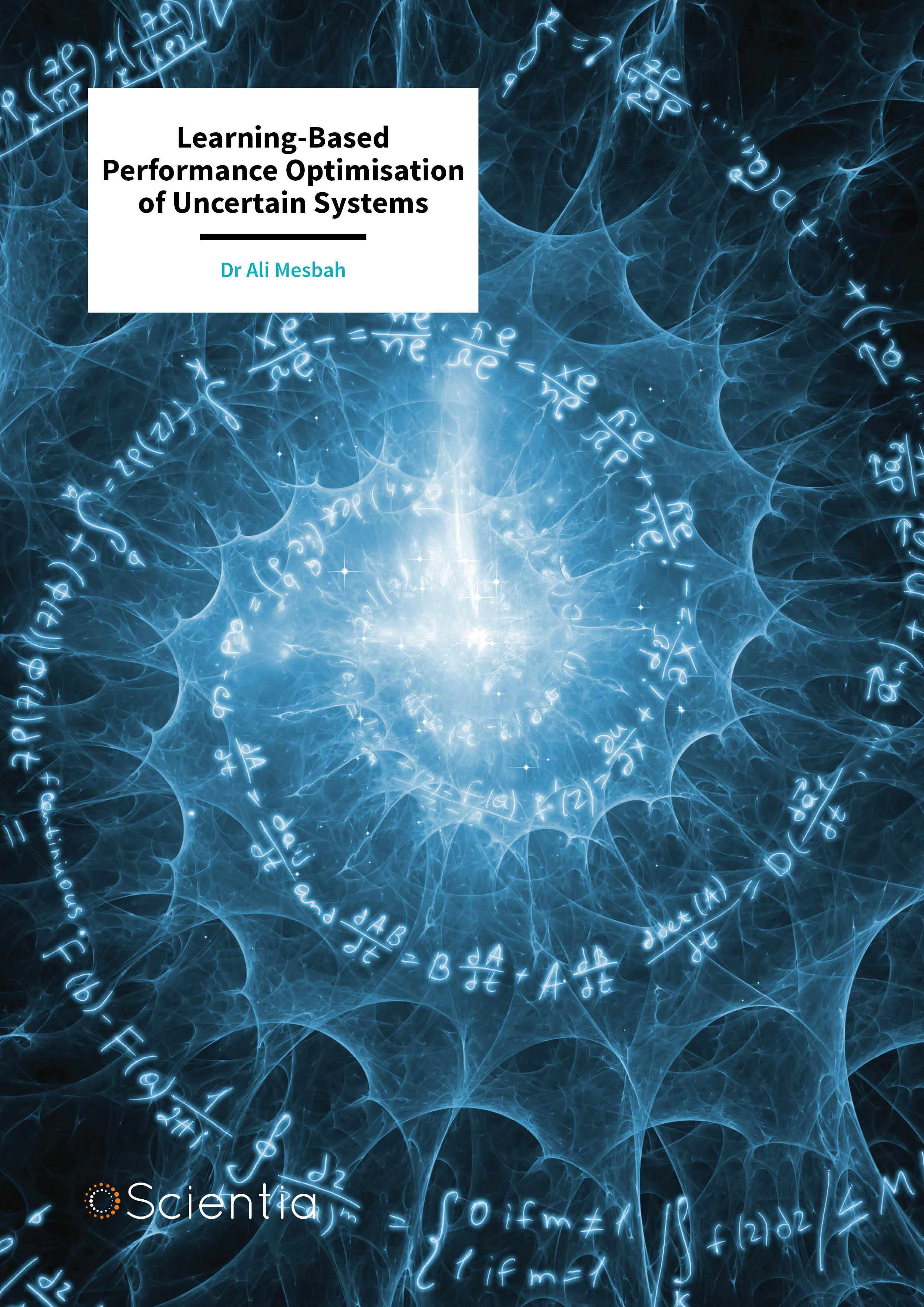 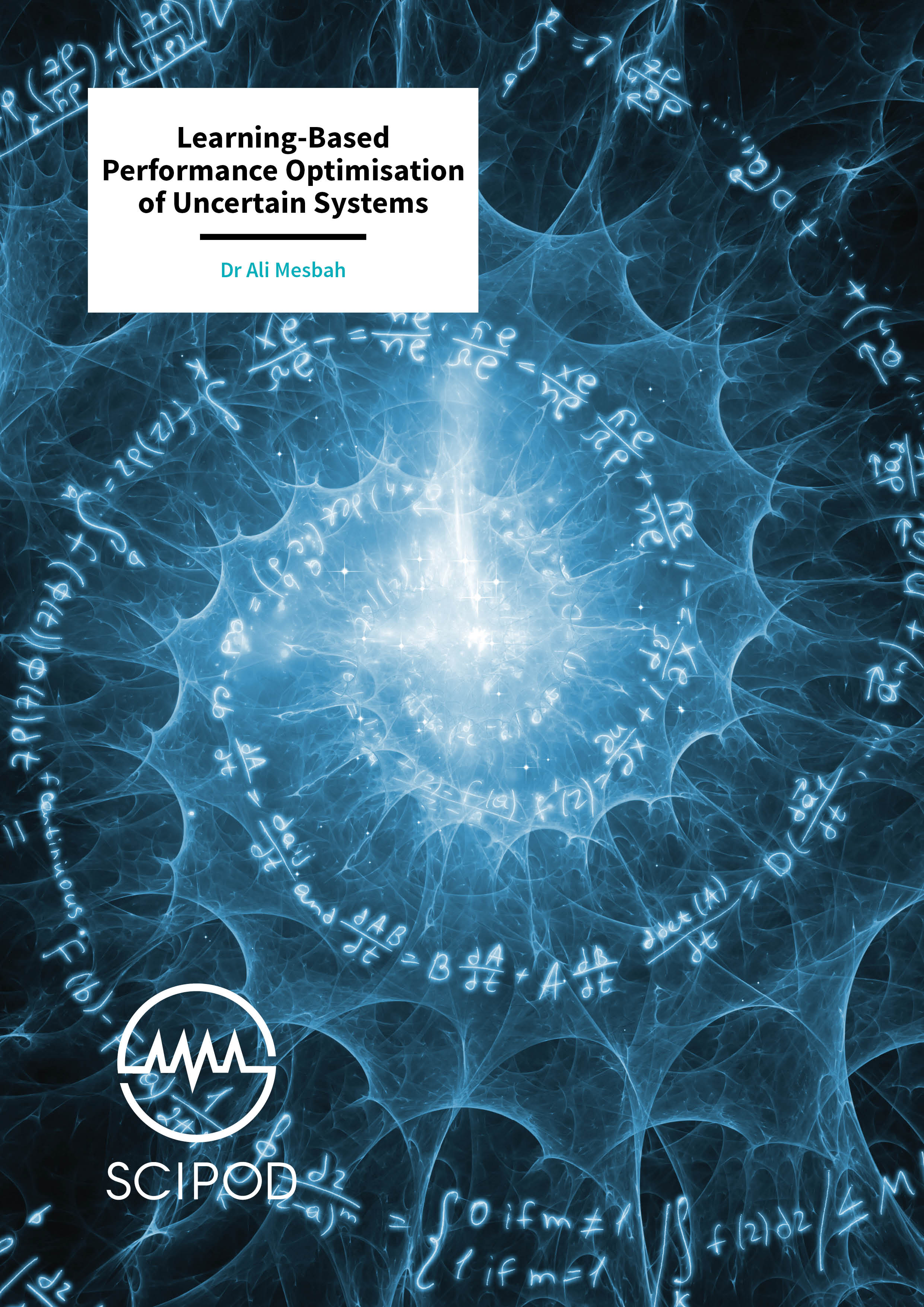 For researchers, this approach would ensure that their operations on physical systems remain safe and reliable, even in the face of uncertainties. Dr Mesbah is investigating how this innovative approach for solving learning-based optimisation of uncertain systems could be implemented in practice.

Mathematical approximations of systems are commonly used in physics to explore their general trends, rather than precisely predicting their behaviours. By defining relatively simple sets of equations, researchers can describe generally how systems behave, without the need for implementing tedious fundamental laws and uncertainties into their models.

This level of detail isn’t sufficient for performance optimisation of complex systems in itself, but Dr Mesbah proposes that approximations can serve as a baseline that real-time models can continually refer back to. By ‘learning’ about how a system behaves in real time, this approximate model can be continually updated to more accurately reflect the real system. Using an approximation of a system as a solid baseline in performance optimisation ensures that the performance of a controlled system remains stable and reliable in the face of uncertainties. Meanwhile, the system’s performance can be optimised based on the updated knowledge (or model) of the system.

In addition to approximate models, Dr Mesbah proposes that high-fidelity models of systems can be used to continually verify the performance of controlled systems. By referring back to these models, a controlled system’s performance can be updated if necessary, and the process can repeat.

Dr Mesbah has recently explored the technique of ‘Model Predictive Control’ (MPC) – an optimisation-based control method that relies upon satisfying a particular set of constraints. For several decades, this method has been widely used as a solution in optimal decision making in constrained systems with many variables. Currently, its applications range from manufacturing and chemical processing, to path planning for unmanned vehicles. However, until now, MPC has not been seen as an effective tool to address optimal control through active learning.

In his latest research, Dr Mesbah and his colleagues have explored how probing MPC-controlled systems can reduce uncertainties in system models. By generating input and output data on the closed-loop control loop, more information can be gathered about the real-time operation of the system – addressing the long-standing question of how MPC can be used to realise active learning.

In particular, the team focused on how incorporating probing in the control action could reduce uncertainties in the predictive capability of a model relevant to performance optimisation under uncertainty. Ultimately, the team’s study demonstrated the potential of active learning for maintaining MPC performance, even in the face of uncertainties in the model’s parameters and overall structure. The study revealed that active learning is particularly beneficial when a system undergoes abrupt changes – maintaining its safety, reliability, and profitability. Dr Mesbah believes that these advantages would prove particularly useful in one fascinating application. 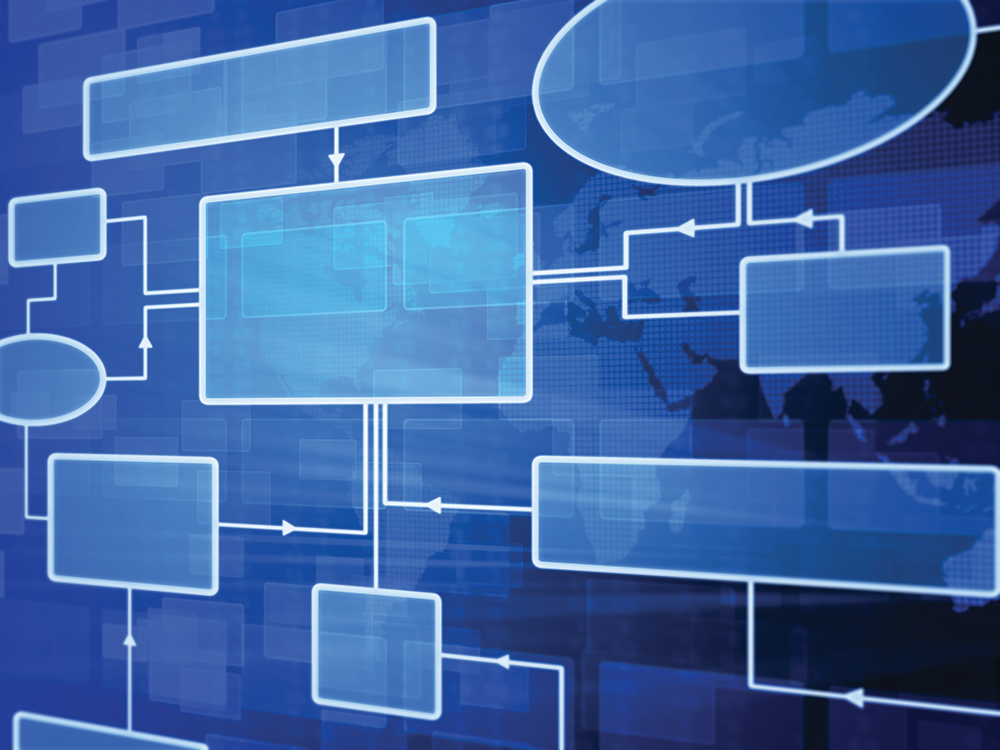 Plasma may be one of the most extreme states of matter we currently know about, but its properties can still be remarkably useful to us, particularly in materials processing and medical applications. Composed of a ‘soup’ of hot, unbound positively- and negatively-charged ions, plasma can be generated in a variety of interesting ways. One of these is the Atmospheric Pressure Plasma Jet (APPJ) – an intensive stream of plasma ions ejected from a handheld nozzle, with a pressure that matches that of the surrounding atmosphere, enabling high degrees of control in environments outside the lab.

Within APPJs, the motions of ions represent a key example of a stochastic nonlinear system. Many different variables affect how the dynamics of the system evolve over time, including the charges of the ions, their temperature, and the speed at which they are ejected. Using conventional feedback control methods, it would be virtually impossible to control the system in a way that could bring about perfectly optimised results.

Dr Mesbah’s team aims to address this issue by using their MPC technique to control APPJs – taking real-time system measurements and combining them with a model of the system to determine optimal inputs of the system. This ultimately allows the performance of APPJ systems to be optimised to the performance requirements of their users. By adapting the model for the specific case of describing jet dynamics, the team has now given users of APPJs control over the systems for the first time. 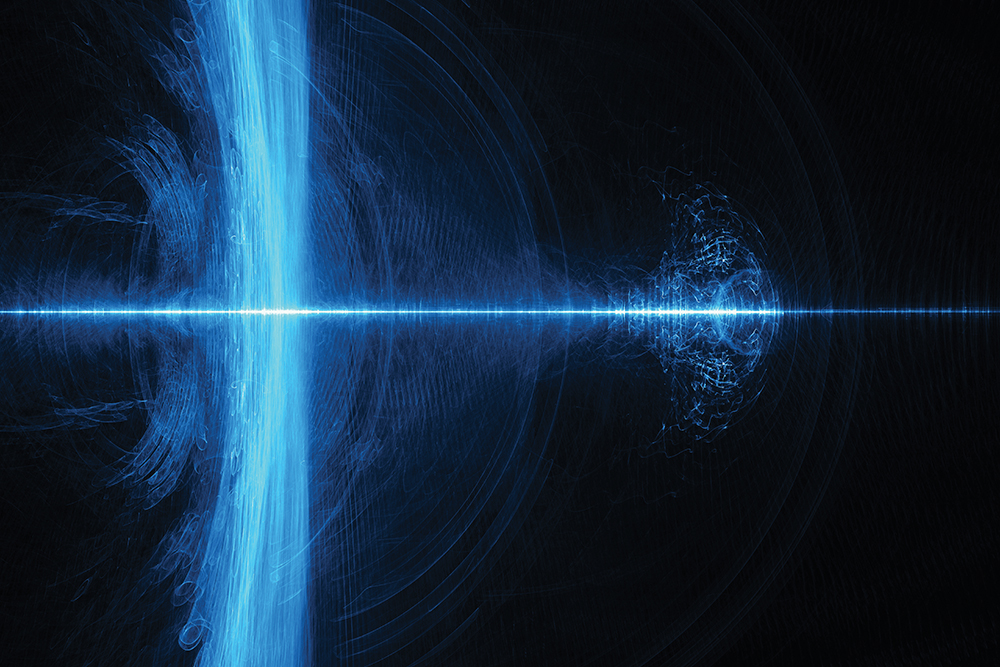 Dr Mesbah’s recent research has resulted in new strategies for enabling safe and effective dose delivery in biomedical applications of APPJs. APPJs are an ideal candidate for delivering small doses of chemical, thermal and electrical treatments to specific targets without the need for more invasive treatments. However, researchers attempting this technique have previously faced challenges in constraining APPJs within a safe operating region – as stochastic nonlinear systems, it remains difficult to gain optimal levels of control needed to operate the jets. Delivering a dose to the wrong region, or in the wrong amount, could have dangerous consequences for a patient.

In several recent studies, Dr Mesbah and his colleagues have explored how MPC strategies can be used to control APPJs in situations that mimic medical treatments. They demonstrated how by carefully controlling how much of a dose is being delivered and accumulated to a specific region over time, input parameters on the jet can be continually adjusted to account for changes in the dynamics of the jet.

Through simulations and experiments, Dr Mesbah’s team has shown that MPC strategies could provide a versatile method for delivering targeted doses safely, consistently and effectively. Even for a nonlinear system such as a plasma jet, the technique would remain reliable in the presence of the wide variety of disturbances that can occur inside the body, while also accounting for human errors such as the distance between the handheld APPJ nozzle and the target tissue.

Reliable and therapeutically effective control of APPJs will lead to significant progress for medicines that can accomplish feats including shrinking cancerous tumours and increasing healing rates in chronic wounds. Perhaps most intriguingly, it could enable the development of APPJs that can deactivate antibiotic-resistant bacteria – potentially a critical step forward for one of the most urgent areas of modern medicine. 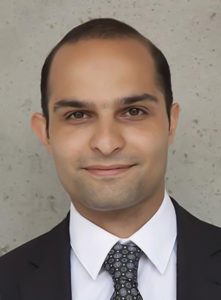 Dr Ali Mesbah is Assistant Professor of Chemical and Biomolecular Engineering at the University of California at Berkeley. Before joining UC Berkeley, he was a senior postdoctoral associate at MIT. He holds a PhD in systems and control from Delft University of Technology and is a senior member of the IEEE Control Systems Society and the American Institute of Chemical Engineers (AIChE). He is the recipient of the AIChE’s 35 Under 35 Award in 2017, the IEEE Control Systems Outstanding Paper Award in 2017, and the AIChE-CAST W. David Smith, Jr. Publication Award in 2015. His research interests are in the areas of optimisation-based systems analysis, fault diagnosis, and predictive control of uncertain systems.

David B. Graves, Department of Chemical and Biomolecular Engineering, University of California, Berkeley