In the world of chemistry, the search for new and improved catalysts is of great importance. Inspired by a family of vital biological molecules, cytochrome P450 catalysts could be the way of the future for industry – if only they could be made to work better. Dr Andrew K. Udit and his team at Occidental College think they may be on the right track.

Our modern world is built upon chemistry – from the paint on our houses to our toothpaste containers, everything we use is supported by a vast industry that turns out millions of tonnes of chemicals we can barely pronounce, let alone identify. It is an industry where output is measured by the tonne and the megalitre, and where increasing efficiency by a fraction of a percent can boost profits by hundreds of thousands of dollars.

In order to maximise efficiency in the chemical industry, engineers and scientists must develop new processes to produce the required compounds and new catalysts to speed these processes up. Catalysts – often metal-based molecules – are able to increase the speed of a chemical reaction without being used up in the reaction themselves. This increase in speed can be the difference between a chemical synthesis taking minutes or taking centuries, and so research into new catalysts is a hot field for academia and industry alike.

Yet current catalysts have drawbacks – they are often expensive, toxic, and the reactions may still require strenuous conditions such as high temperatures or highly acidic environments. This has led to a broad search for new prospects, eventually leading all the way to the local biochemistry department, where a few scientists were working on a fascinating group of protein molecules known as the cytochrome P450 enzymes.

The Cytochrome P450 family is a large group of enzymes found in every kingdom of life, from humans to mushrooms, and from plants to bacteria. First discovered in 1960, scientists have identified more than 18,000 different variants to date. As you would expect from such a large family, these enzymes play a number of different roles in the body. However, they are first and foremost catalysts – molecules that speed up chemical reactions. The most common of these reactions involves oxidation, whereby an oxygen atom is added onto a target molecule, known as a substrate.

‘Our ultimate aim is to develop a system that uses cytochrome P450 enzymes for medical and industrial use.’

These reactions generally involve the transfer of electrons to the enzyme from an external source. P450 enzymes consist of an iron-containing ‘haem’ molecule (which is also found in haemoglobin, the protein that carries oxygen around your bloodstream). This iron atom at the centre of the P450 enzyme picks up electrons and uses them to attract and capture oxygen atoms. As there are many different P450 enzymes, each with a different substrate that they work upon, a single molecule that enters the cell may be passed along from one enzyme to the next and eventually emerge as something completely different.

This modification, or ‘metabolism’, of molecules is extremely important for people who develop medicines, because almost 90% of all drugs will be changed in some way by P450 enzymes in the body. Scientists often use this to their advantage, designing molecules that are inactive when injected but become active once they are metabolised by P450 enzymes. 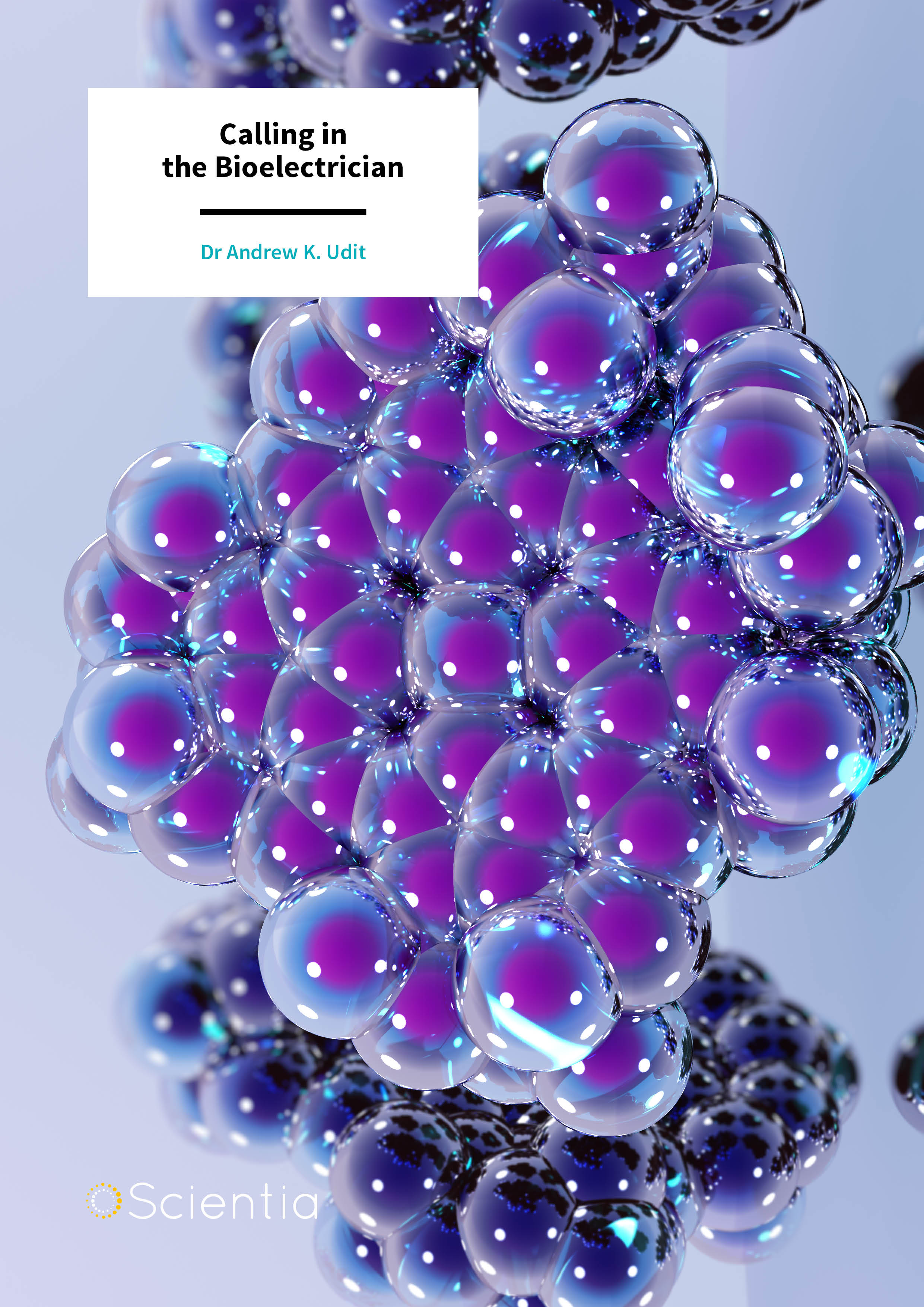 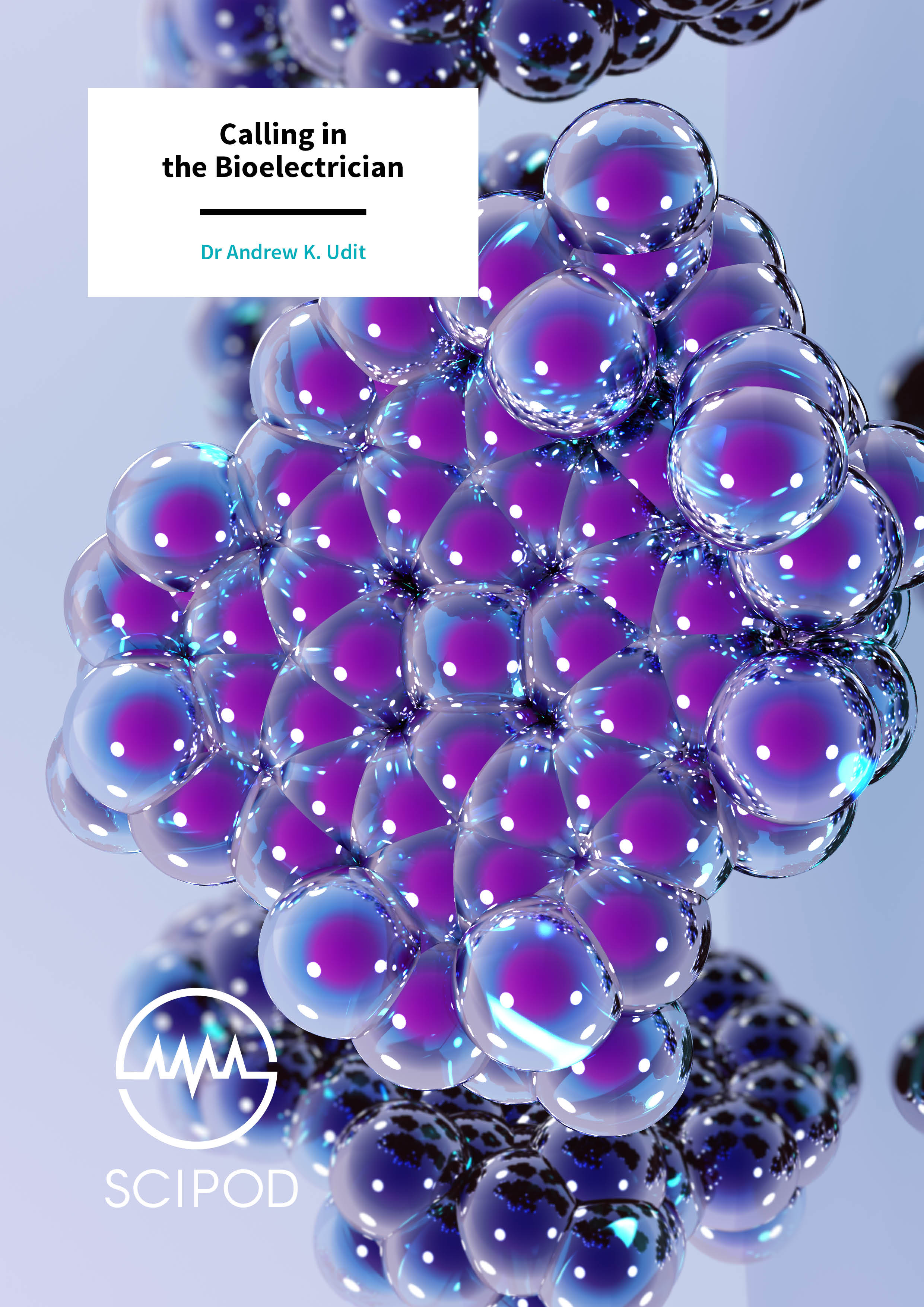 However, these enzymes are not only important for pharmaceutical companies – chemical manufacturers have taken note as well. Several P450 enzymes are able to catalyse industrially important reactions, turning fairly boring hydrocarbons into more complex molecules that can be used to produce new and exciting fuels, plastics, or drugs. More importantly, many P450 enzymes do this in a fast, highly efficient, and extremely specific way – a far cry from the harsh conditions and inefficient transformations that can result when using other, traditional means.

Thus, P450 catalysts could be the way of the future for industry – if only they could be made to work better. 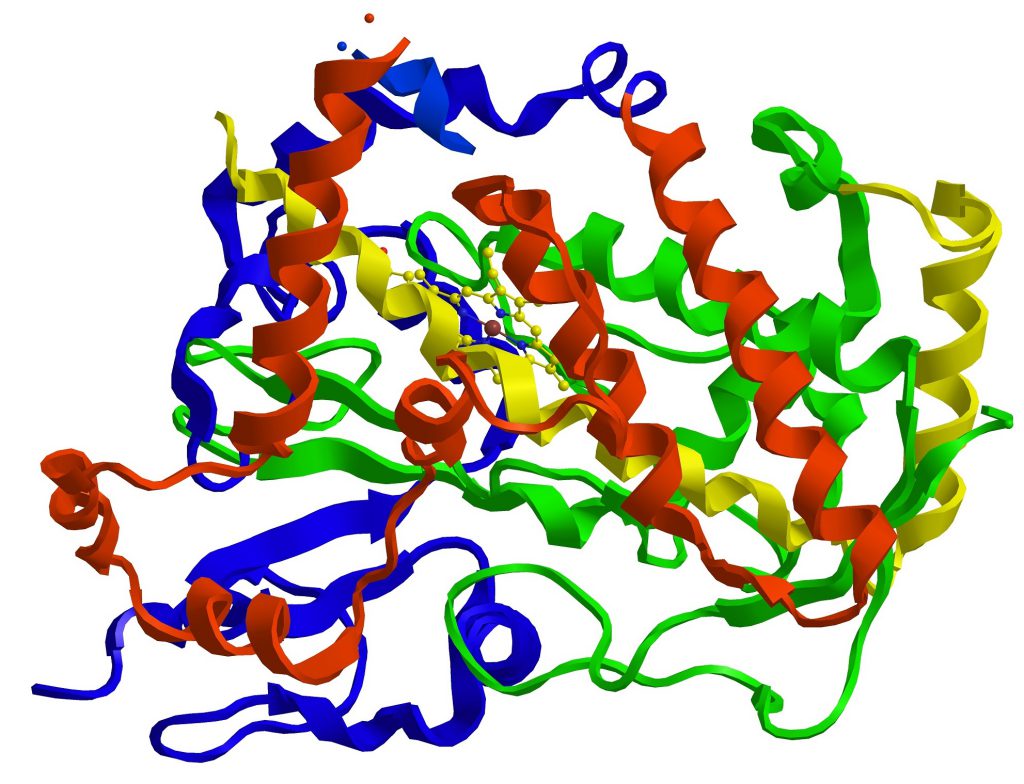 An Idea Whose Time May Come

Many of these problems come from the simple fact that P450 enzymes need electrons to do their work. In the cell, this is provided by an amazingly complex chain of reactions that eventually leads to production of an energy-carrying molecule known as NAD(P)H. Trying to reproduce this in the real world is vastly expensive, costing thousands of dollars per gram of product. Instead, researchers can try to supply the electrons directly, as electricity.

By sticking the P450 enzyme to a conductive surface, it is possible to supply a continuous flow of electricity (i.e. moving electrons) to the surface, and thus, the enzyme itself. In theory, the enzyme-coated surface could then continuously catalyse the chemical reaction of choice, quickly and efficiently, with no time needed to wait for the next NAD(P)H to come along. In practice, this is much more difficult than it sounds, because actually getting that electron to jump from the metal surface onto the iron atom of the haem molecule is quite complex. Scientists have had some success by genetically modifying enzymes or using techniques such as attaching tiny fat globules to gold wires – but results so far have not been impressive. There has been even less success for those working with bacterial P450 enzymes – usually considered more useful due to their robustness, speed, and ease of manufacture.

This leaves scientists with a problem. The potential uses for P450 enzymes are immense – but this potential can only be realised if the science can actually get to that point. Dr Andrew K. Udit and his team at Occidental College, Los Angeles, are working to solve these problems. 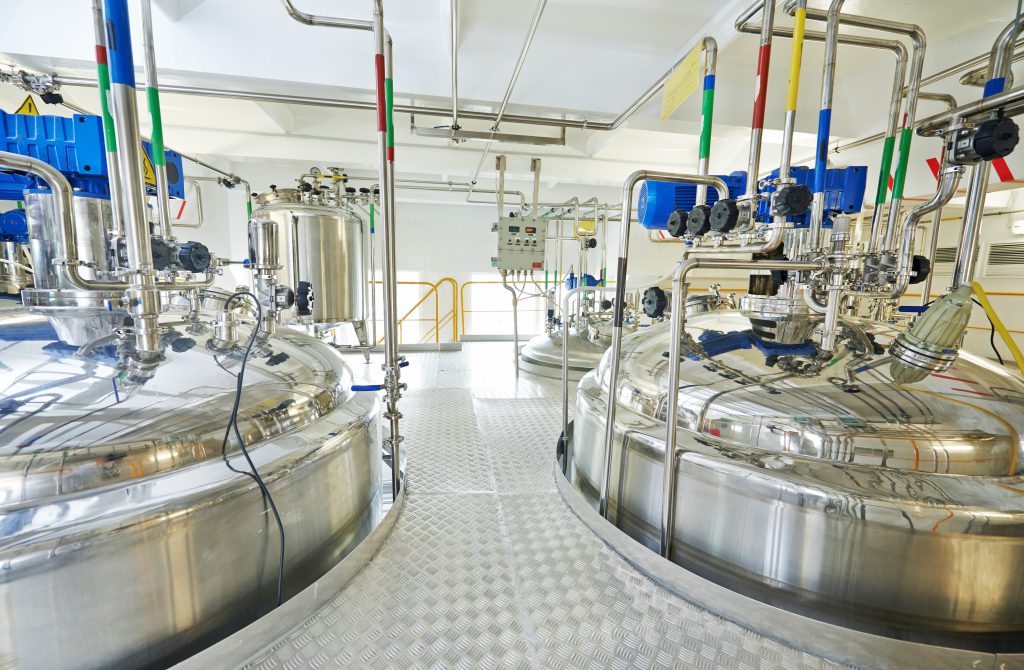 An Associate Professor in the Department of Chemistry, Dr Udit’s work revolves around understanding and manipulating the activity of cytochrome P450 enzymes, especially when bound to metal electrodes. His team’s work to date has focused on the electrochemistry of P450 enzymes – the exact manner in which they use energy and electrons to power their chemical reactions. From here, they used their knowledge to study the enzyme-electrode processes, with the ultimate goal of tuning and controlling the enzymes themselves.

‘Our ultimate aim is to develop a system that uses cytochrome P450 enzymes for medical and industrial use,’ says Dr Udit. ‘The enzymes require electrons – “bioelectricity” – to run, which is hard to reproduce outside a living organism. We are trying to accomplish this by using an electrode to provide the necessary electrons.’

The team uses specialised techniques to coat P450 enzymes onto electrodes, most notably using a thin layer of detergent on top of a carbon electrode. This helps to boost the transfer of electrons between electrode and enzyme, which should improve the speed of the catalytic reaction. Much of this depends on the specifics of the chemicals used, in particular the exact formulation of the detergent – certain detergent layers can make the enzyme unstable, potentially rendering it inactive. The team’s further experiments will hopefully build on these findings and identify ‘useful’ detergent layers – those that stabilise the P450 catalyst, thereby improving its activity.

The second strand of Dr Udit’s project involves reversing the normal catalytic cycle of a P450 reaction. In nature, P450 breaks apart a molecule of dioxygen (O2) – one oxygen atom attaches to the central iron atom and is then passed on to the substrate molecule, while the other becomes bonded to two hydrogen atoms and goes floating off as water (H2O). Normally, these dioxygen molecules are dissolved in water, which means that the industrial-scale catalytic reaction needs to be well aerated to work. However, it may also be possible to produce the oxygen required for the reaction by removing electrons from a water molecule bound to the haem iron in P450. Can this be used to produce the oxygen required by the P450 enzyme, thus avoiding the need to aerate the mixture? Dr Udit and his collaborators have been attempting to achieve this by carefully tuning the electrode/detergent surfaces and even mutating the enzyme itself.

The last part of the project revolves around identifying ‘hot spots’ for electron transfer – parts of the enzyme that are well suited for receiving electrons from the electrode. The team has come up with many techniques for attaching P450 enzymes to the electrode, including the use of molecular-scale wires such as pyrene.

Choosing the best place on the P450 molecule to make contact with this wire requires detailed knowledge about the surface of the enzyme and its capability for electron transfer. Towards this aim, Dr Udit’s team ‘mapped’ the enzyme using a combination of atomic force microscopy and clever mutation of the enzyme’s structure. Their work showed that the attachment point of the wire could significantly change the rate of electron transfer within the enzyme, which in turn strongly affected the overall catalytic ability. Based on these results, Dr Udit and his group intend to develop engineered enzymes with optimised electron transfer properties, further improving their performance for industrial settings.

In addition to his research, Dr Udit is also actively engaged in several scientific outreach projects at Occidental College, one of the most culturally and economically diverse Liberal Arts colleges in the country. This includes several summer fellowships for undergraduates – an excellent way for those students to get a taste for research. He also teaches two outreach courses to first year students, one is a writing class called ‘Science and You’, the other is called ‘Experiencing Mathematics and Science’ (https://www.oxy.edu/core-program/fall-semester). 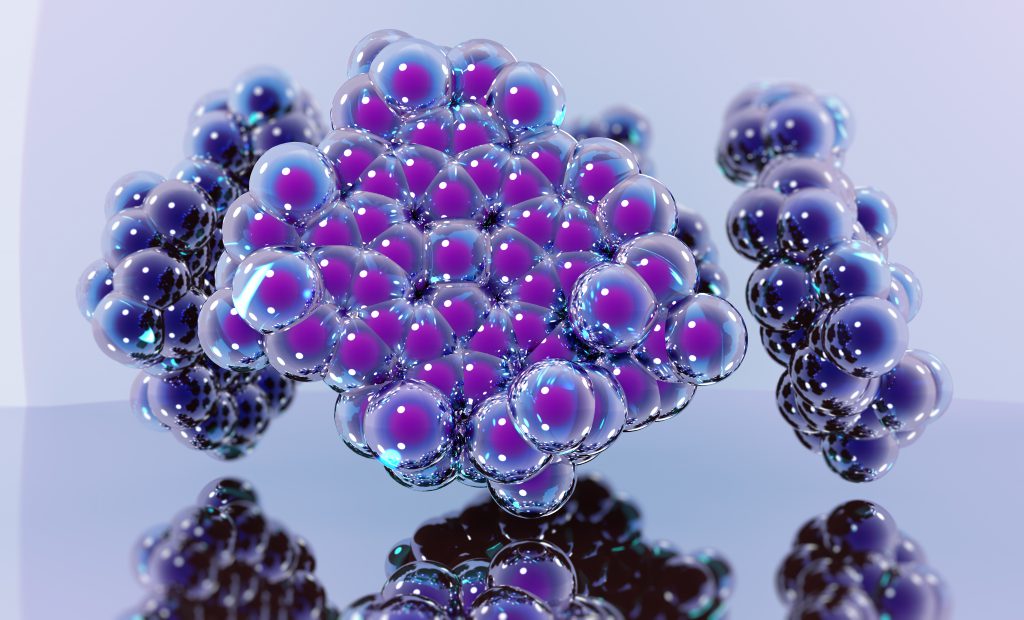 Dr Udit and his team hope to further their understanding of the mechanism by which cytochrome P450 enzymes function, and use this knowledge to design even more effective variants. ‘We have systems in place that can deliver the electrons,’ comments Dr Udit, ‘but the enzymes do not perform their natural function. The question is: why? Having solved the “bioelectricity” problem, our goal is to now determine what it will take to recover the enzyme’s natural activity.’

Developing such an enzyme for ‘green’ industrial catalysis is a dream goal for many researchers in the field of chemical synthesis – and scientists such as Dr Udit are bringing this goal closer with each passing day. 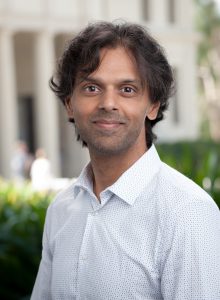 Dr Udit achieved his PhD in Chemistry with a focus on biocatalysis from the California Institute of Technology in 2005. After receiving his PhD, he worked as a Howard Hughes Medical Institute teaching-research fellow at Occidental College in Los Angeles. He then worked for two years at The Scripps Research Institute under a Canadian Institutes of Health Research fellowship studying bioconjugation methods, before returning to Occidental in 2008, where he is now an Associate Professor of Chemistry. Dr Udit has received several prestigious awards including start-up grants from the American Chemical Society Petroleum Research Fund, and the Camille and Henry Dreyfus Foundation. His high-quality work at the intersection of chemistry and biology has led to over 30 published papers, a patent, and numerous conference presentations. His education and outreach efforts have also been impressive – he has developed undergraduate courses, published several articles in newspapers, and acted as a mentor for more than 50 students.

The Camille and Henry Dreyfus Foundation