In essence, cancer cannot be ‘cured’, but it can be vigorously treated. However, many of the treatments currently used to combat cancer often cause harmful side-effects, that are sometimes even more dangerous than the disease itself. Dr Anthony Berdis and his team at Cleveland State University look to address this through their research, by designing and developing agents that can make chemotherapeutic drugs more effective at treating different cancer types.

Cancer is a disease everyone knows and everyone dreads. It is a term that sends shivers down the spine, representing a currently incurable disorder that affects everyone, everywhere. Whether it be a family member, a friend or even you yourself, everyone knows someone who has been affected by cancer. It’s a disease that’s hard to avoid.

As such, it has earned itself a fearful reputation – and now, because people are living longer, we have reached a stage where almost one in two people will develop some form of cancer during their lives. In fact, the World Health Organization expect the worldwide number of cancer cases to double by 2030, with the death rate rising by 60% in that time as well. Research into cancer’s physiology is therefore vital.

Herein lies the difficulty though. Cancer is not some sort of evil person or entity that can simply be destroyed – it represents a multitude of diseases, all of which require different treatment options. It will never be like the smallpox or polio viruses, which have both been effectively eradicated through straightforward vaccinations. Cancer is far too complex for that – and for two key reasons.

Firstly, cancer cells are highly intelligent, and are able to evade the body’s immune system and adapt to form resistance against treatments over time. And secondly, there are over 200 different types of cancers, many of which break down into further subtypes as well. There can’t simply be a ‘one-for-all’ cure against them all.

So, what can be done? Well, cancer can be researched, fought and continuously treated against, and that’s exactly what scientists such as Dr Anthony Berdis at Cleveland State University (CSU) are currently doing.

‘The risks and side effects from current cancer treatments can be nearly as bad as the disease itself.’

Cancer research has been at the top of the agenda for Dr Berdis throughout his academic career. He and his team at CSU have uncovered several breakthroughs in understanding a number of specific cancers, including brain tumours, breast cancer and lung disease. His research has largely looked at investigating methods to improve the effectiveness of currently-used anti-cancer drugs, through the design and development of supportive therapeutic agents.

As Dr Berdis stated himself in a recent News 5 Cleveland article: ‘Thirty years ago, the goal really was to try to “cure” cancer. Realistically, the expectation now is to develop better treatments.’ However, in order to understand the science behind Dr Berdis and his team’s research more clearly, it is important to first understand the design of the drugs that are currently used to treat different types of cancer. 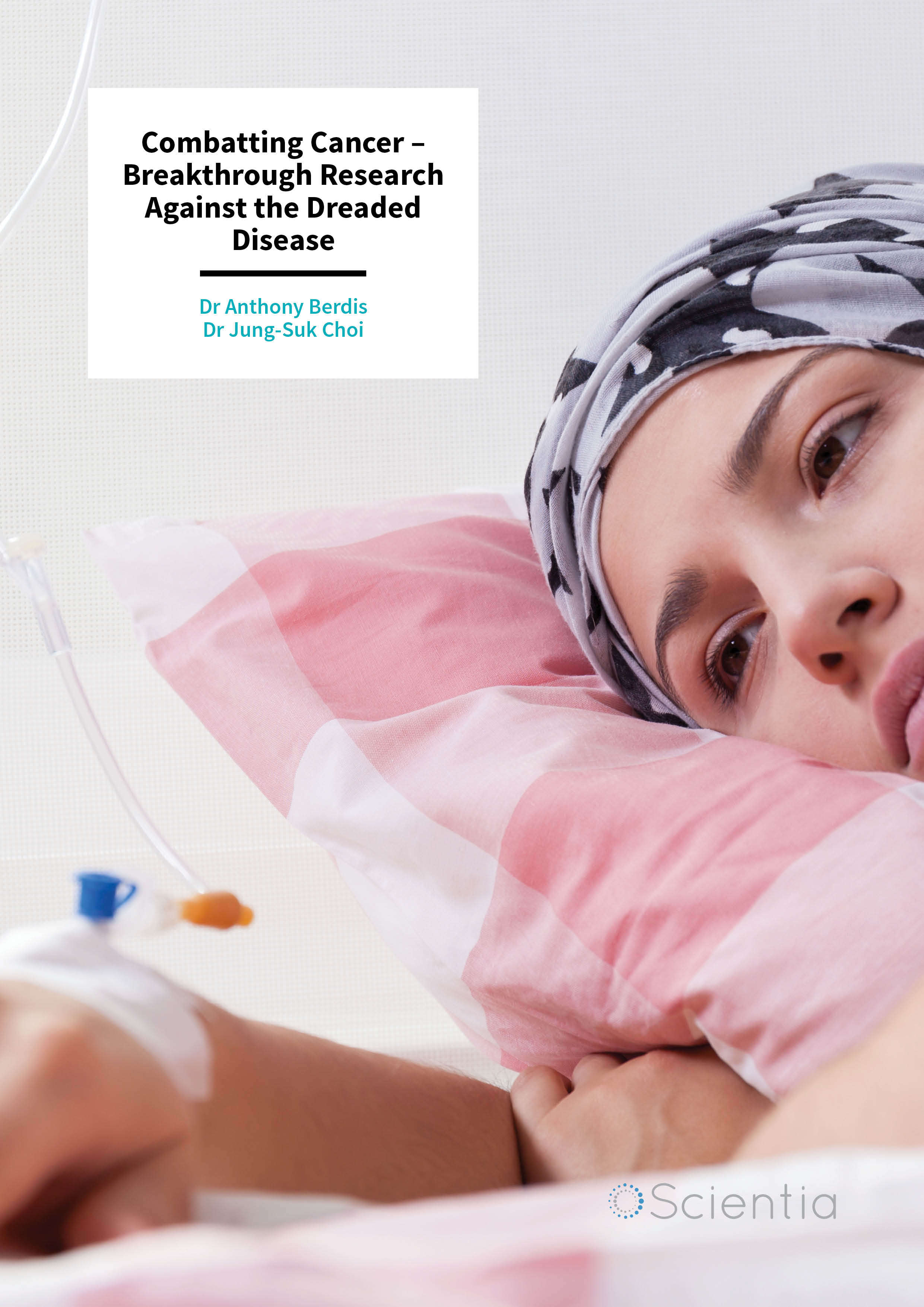 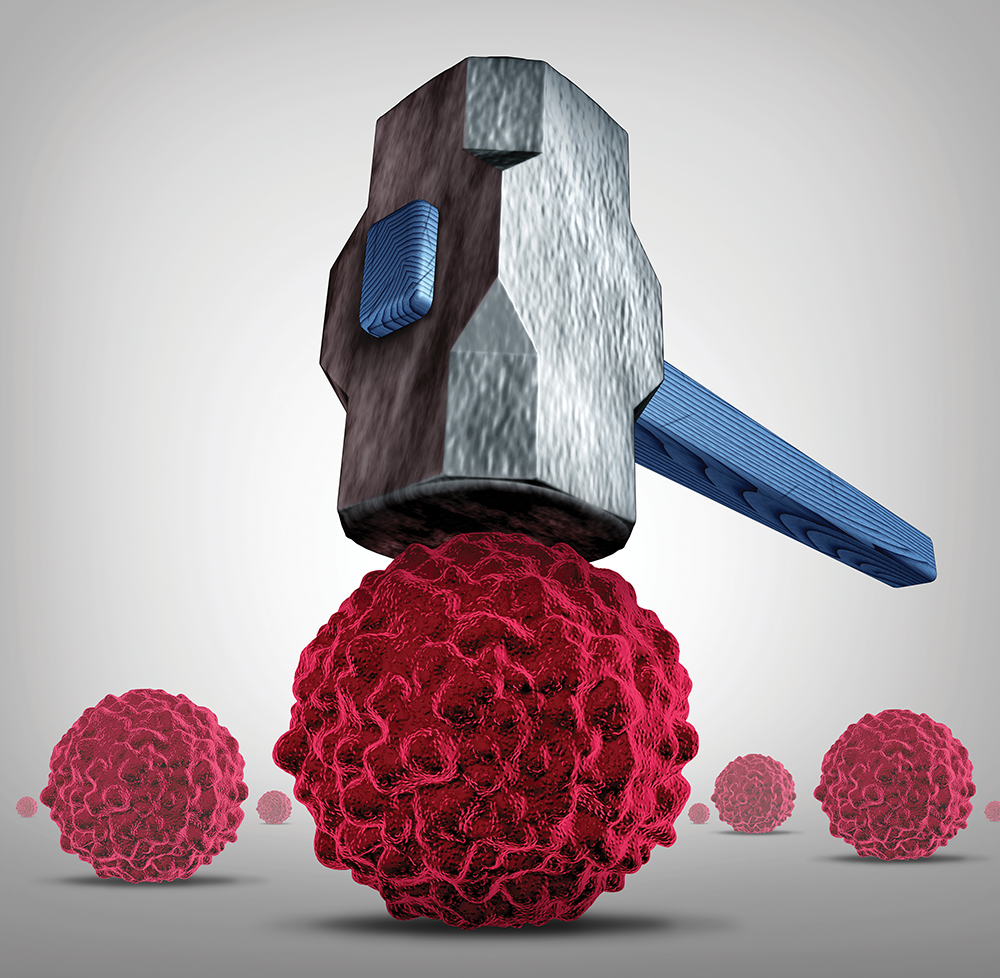 As cancerous tumours are often specific to one area of the body, drugs and treatments typically used to remove tumours are similarly specific in their targeting function. That said, these treatments don’t only target the tumour itself – they also affect the surrounding healthy tissue as well, leading to harmful side-effects such as heart disease and DNA damage. Dr Berdis and his team focus on reducing these side effects, by developing effective methods that can improve and sustain current anti-cancer drug mechanisms.

Two is Better Than One

Take temozolomide for example. This anti-cancer drug is used to treat a number of different cancers, including brain cancer – a condition that affects thousands of adults and children annually. In fact, according to Dr Berdis, two-thirds of those diagnosed with such a cancer die within five years. He and his team’s recent research has fought to change that statistic.

Temozolomide functions through its ability to penetrate the blood-brain barrier and kill cancer cells by damaging DNA. However, while the drug may target the cancer, it also leads to DNA lesions which cause the death of cells – both healthy and tumorous cells.

The team at CSU also discovered that cancer cells can gain resistance against temozolomide over time, through the functions of an important enzyme in the DNA replication process called DNA polymerase. This drug resistance can lead to the formation of more aggressive and harder-to-treat tumours, meaning that temozolomide’s effectiveness at treating brain cancer can become limited over time.

However, Dr Berdis and his team have now developed a novel therapeutic agent that can improve the effectiveness of temozolomide in treating brain cancer. This agent is known more scientifically as an artificial nucleoside called 5-NIdR (5-nitroindolyl-2’-deoxyriboside), which the team found to ‘efficiently and selectively inhibit the replication of DNA lesions generated by temozolomide’. To put it more simply, the researchers effectively found that when 5-NIdR was used alongside temozolomide, it proved more successful at treating brain cancers.

‘The risks and side effects from current brain cancer treatments can be nearly as bad as the disease itself,’ says Dr Berdis. ‘The combination of our drug with temozolomide has the potential to greatly improve both life expectancy and quality of life for patients. This research could have tremendous applications for addressing numerous types of cancers and, ultimately, help patients to live longer, better lives.’ 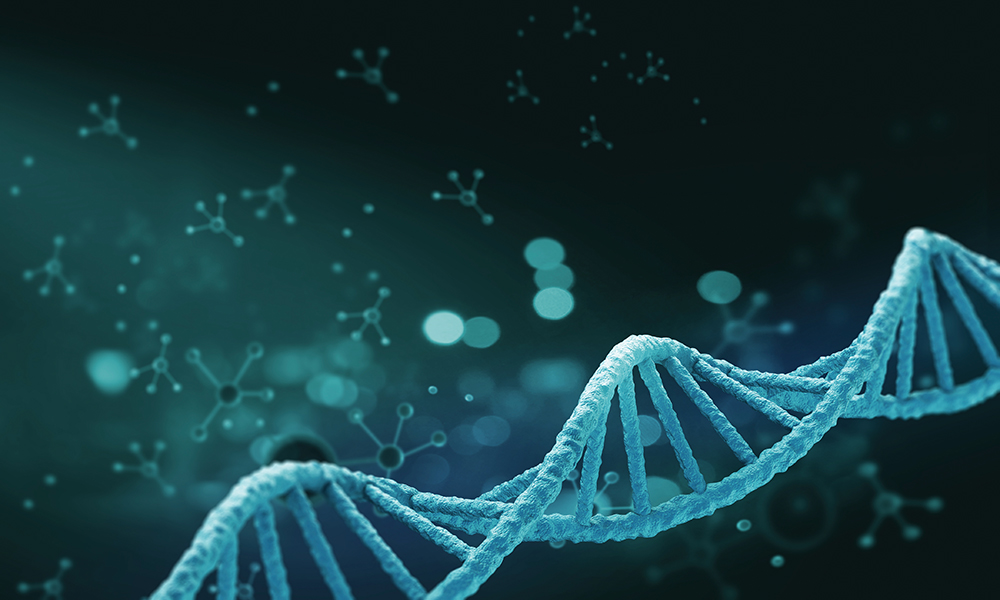 The Importance of Nucleosides

When an anti-cancer drug is administered to a patient, it often acts by damaging and destroying the cancer cells’ DNA. In essence, this DNA is the ‘brain’ of the cell – take away the brain, and the cancer cell will die. However, DNA replication is highly complex and, through a variety of different methods, cancer cells can eventually gain resistance against anti-cancer drugs.

In order to understand the importance of nucleoside agents in combatting cancer resistance, Dr Berdis and his team conducted a study in 2017. In this study, they used their 5-NIdR nucleoside to not only visualise the replication of damaged DNA, but also to identify the cells that were able to acquire resistance against anti-cancer drugs. The team then analysed the nucleoside to see what impact it had when used alongside anti-cancer drugs, such as temozolomide.

The researchers found that their artificial nucleoside was able to inhibit DNA synthesis (preventing the replication of cancer cells) and boost the therapeutic activity of anti-cancer drugs. It was also able to identify drug-resistant cancer cells, which could be highly valuable for the development of diagnostics and personalised medicine.

In their breast cancer research, the team aims to use a similar method to their recent brain tumour work on temozolomide, evaluating the effect of the 5-NIdR nucleoside on the efficiency of currently-used breast cancer treatments.

Current breast cancer treatments typically include surgery, ionising radiation and chemotherapy. However, these methods all come with various side effects, such as the extensive inflammation that ionising radiation can cause and the lasting DNA damage that chemotherapy results in. Similarly, anti-cancer drugs such as doxorubicin can also produce severe heart failure and side effects that limit their efficacy, despite their initial effectiveness at inhibiting cancer cell growth. To this end, Dr Berdis and his team now hope to determine whether or not an artificial nucleoside could be used to improve the usefulness of such treatment options.

The team at CSU also aims to use their novel nucleoside knowledge to improve the treatment and outcomes of glioblastoma multiforme – a brain tumour commonly referred to as ‘the deadliest of all cancers’. Their research will seek to prevent the production and replication of the harmful DNA lesions that currently form using typical anti-cancer agents. 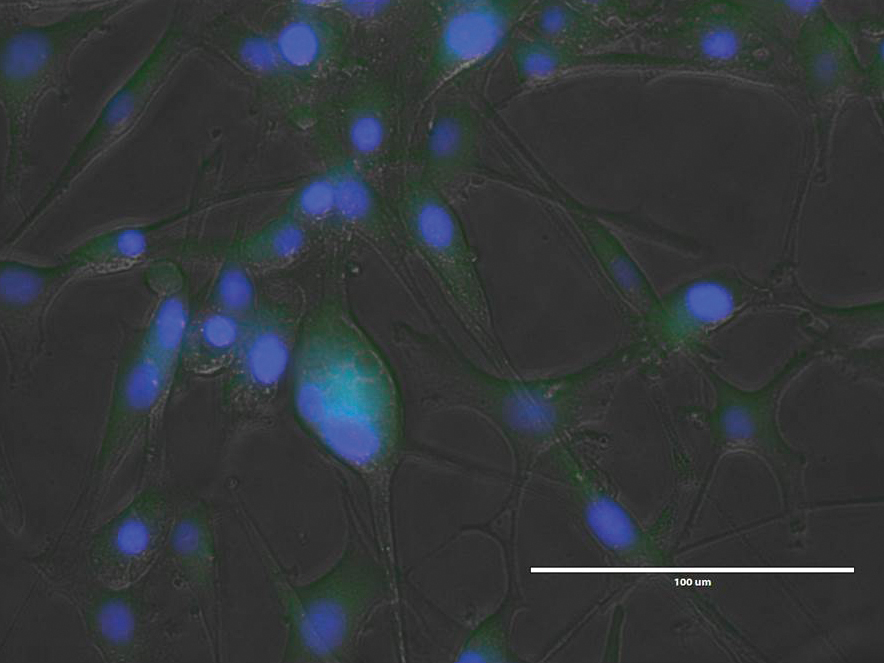 There is still a long way to go in understanding how to treat cancer effectively, but Dr Berdis and his team at CSU have made great strides in tackling cancer research head-on. Their work into limiting the side-effects of current anti-cancer treatments, through the design, development and utilisation of artificial nucleoside agents, has paved the way for further novel scientific research into cancers of all areas.

However, that’s not all. Dr Berdis has also provided cancer patients around the world with an emotion that is absolutely vital in the fight against the dreaded disease: the feeling of hope. Without hope, the battle is lost and cancer wins – and we can’t let that happen. Fortunately, with Dr Berdis and his team at the helm, it doesn’t look likely to. 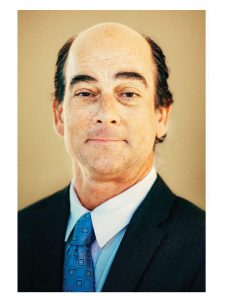 Dr Anthony Berdis received his BSc in Chemistry from Gannon University in 1990, after which he was awarded his PhD in Biochemistry from the University of North Texas in 1993. He later went on to work at other universities, including Pennsylvania State University and Case Western Reserve University. Dr Berdis currently works as both an Associate Professor in the Center for Gene Regulation in Health and Disease at Cleveland State University, and as the co-founder/chief scientific officer of Red5 Pharmaceuticals. His team’s research focuses on the development and biological testing of non-natural nucleosides and nucleotides that target DNA polymerase activity. 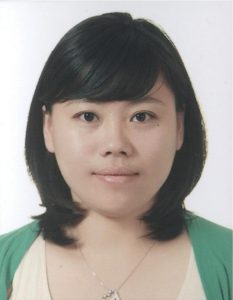 Dr Jung-Suk Choi received her BS and MS degrees in Food Science and Nutrition from the Hallym University in Korea. She then received her PhD in Food Science and Nutrition in 2009 from the Hallym University. During her graduate education, she published 22 manuscripts, including several papers as first author that were published in high-ranking journals in the field of nutrition. Dr Choi joined the Berdis group for postdoctoral training. During this time, she published 10 research articles and two book chapters on the development and application of novel diagnostic and therapeutic approaches against various cancers including leukaemia and brain cancer. Using a multi-disciplinary approach, Dr Choi has integrated several research areas including bioinorganic chemistry, pharmacology, cancer biology, and imaging to produce new chemical entities and methodologies to provide more effective cancer treatments. Dr Choi is currently an academic study counsellor at the Ghent University Global Campus in Incheon, Korea.

J Choi, A Maity, T Gray, and A Berdis, A Metal-containing Nucleoside That Possesses Both Therapeutic and Diagnostic Activity against Cancer, The Journal of Biological Chemistry, 2015, 290, 9714–9726.