Scientists throughout history have constructed rules that help them to understand how natural systems work, but their insights are often far from perfect. Dr Benjamin Jantzen at Virginia Tech has developed computer algorithms to help. By making connections between different processes that humans cannot pick up on, Dr Jantzen’s algorithms allow similarities to be observed where none have been noticed before. This work could allow for applications including models of complex ecosystems and brain processes – explaining more accurately than ever before how large swarms of animals move.

As they gather results for their experiments, it is second nature for many scientists to use scientific laws – often first written out by their predecessor scientists – to describe what they observe. This system has clearly worked well for science so far, but Dr Benjamin Jantzen at Virginia Tech believes that even the brightest of human minds may not be intuitive enough to spot connections between some natural processes that initially appear unrelated. Ultimately, he thinks, we could be overlooking how different scientific processes that rely on entirely different sets of parameters could be displaying similar behaviours – an effect that could be well worth looking into for scientists.

‘My group works on logical puzzles at the heart of science – puzzles about why and how the methods we bring to the laboratory or the theorist’s notebook efficiently result in the sort of laws that let us predict and control natural phenomena,’ Dr Jantzen says. ‘One big question that drives a lot of our research is the problem of figuring out the collections of natural phenomena that are good candidates for scientific inquiry.’

Dr Jantzen believes that a more philosophical approach to exploring these collections of natural systems would afford scientists a far more in-depth understanding of the relationships between them. Through developing specialised algorithms, his team has focused on determining how seemingly arbitrary natural systems could be connected with more universal, previously unexplored sets of laws. This could help scientists to determine whether or not it would be useful for their research to explore connections that they hadn’t previously considered. 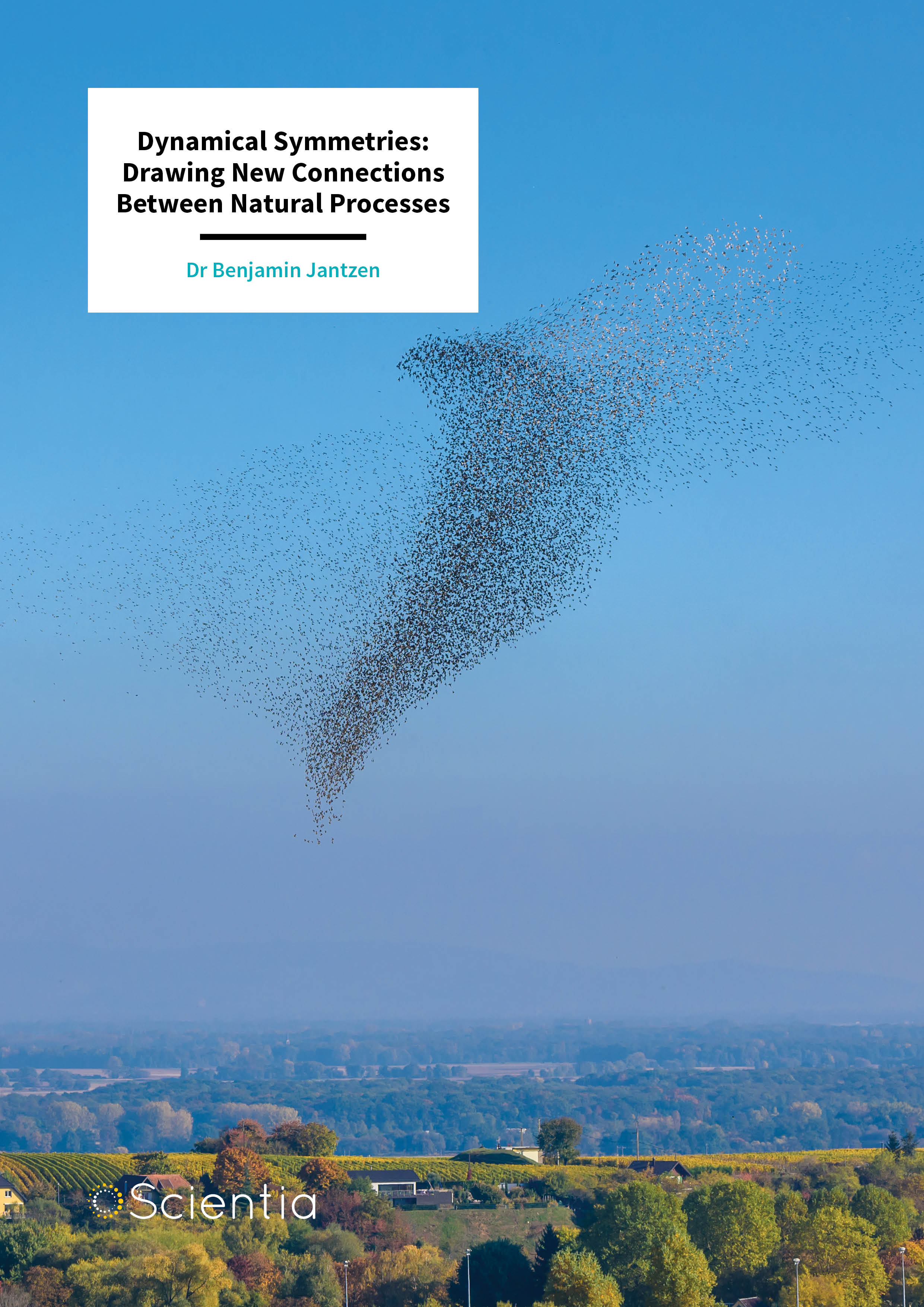 ‘We’ve built programs that can use data about the behaviour of two phenomena – like population growth in bacteria and in oak trees – to determine whether the phenomena are governed by the same “law”.’ 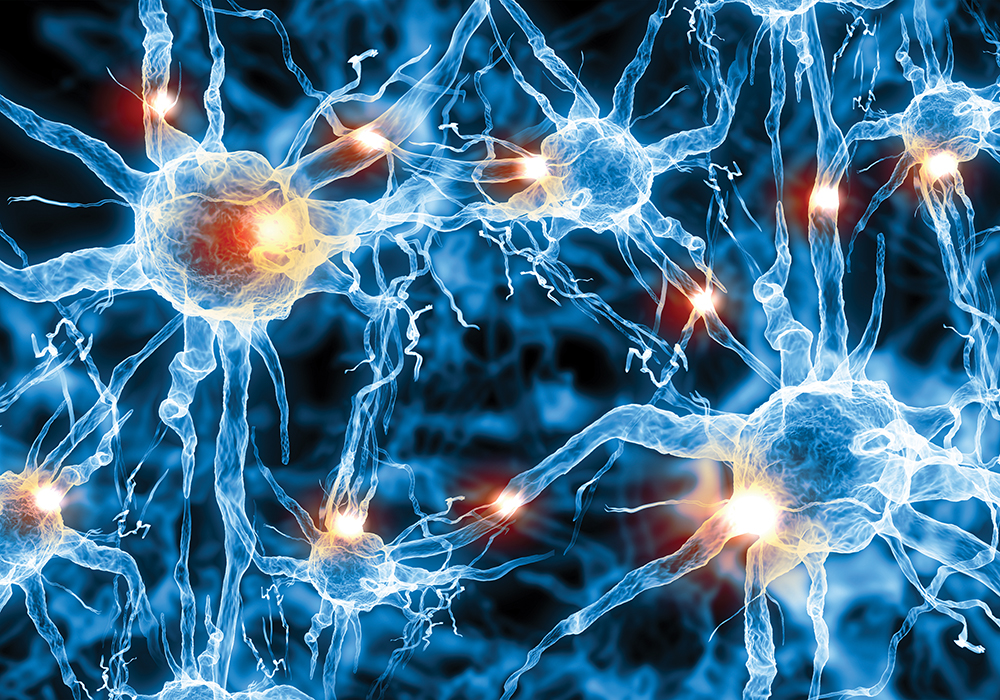 In their work, scientists often need to make decisions about how to group collections of natural processes into more all-encompassing theories. In doing this, they must choose how to distinguish between systems that can be grouped into categories that might share scientific laws and those that probably can’t. It also creates issues for researchers when deciding which methods can be used to identify categories that are likely to be useful.

Dr Jantzen describes the broad field of electricity as an example of a class of natural systems that past scientists decided were describable in terms of a single theory. ‘Before anyone could build a theory about the behaviour of electricity, we had to decide which phenomena count as electrical,’ he explains. ‘Should we try to explain lightning the same way we explain why sparks leap off a wool blanket in the winter?’ Ultimately, scientists in previous centuries decided intuitively that this was, indeed, a good idea.

This example shows that in constructing all-encompassing fields such as electricity, scientists are capable of using their own logic to decide how to group individual natural systems into categories governed by a single law – provided they can spot connections between theories describing each individual system. However, this way of thinking doesn’t address the issue of devising robust methods for grouping together natural phenomena that appear to be unrelated.

To solve this issue, Dr Jantzen proposes a shift in thinking, to comparing the ‘dynamical symmetries’ of systems that are seemingly unrelated in their behaviour. ‘Think about the behaviours of two springs with shock absorbers,’ he says. ‘Each spring exhibits very different behaviour – one bouncing up and down all day long, the other smoothly reaching equilibrium. But underneath their differing behaviours is a shared equation of motion. By directly detecting that they share such an equation, you can see right through different behaviours without learning their governing laws first.’

This example shows how dynamical symmetries can describe a pattern in the way features of a system relate to one another, rather than the features themselves. By accounting for and comparing dynamical symmetries through specialised algorithms, scientists would be able to spot connections between natural processes for the first time. 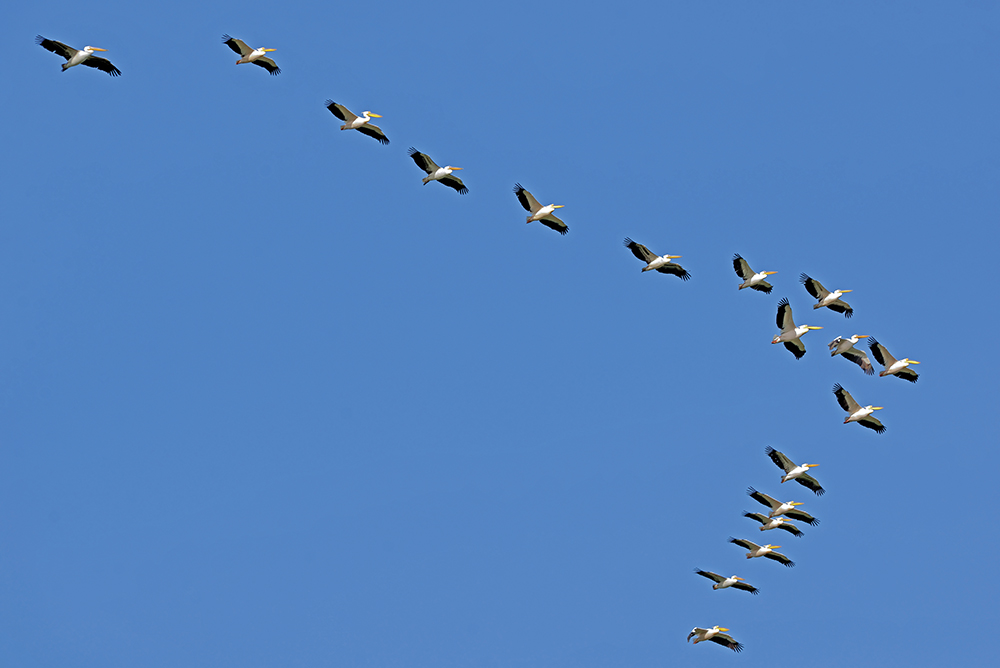 A Step Up from Machine Learning

Scientists commonly use ‘machine learning’ algorithms to predict outcomes in natural systems. These algorithms base their predictions on the assumption that the system of interest is passively observed. ‘Machine learning algorithms can learn, for example, to predict when the lights will be on, given the positions of the light switches,’ Dr Jantzen explains. However, it is often more useful to know what will happen when we interact with a system. ‘In general, these algorithms can’t tell you what to do to the light switches in order to make the lights come on.’ Dr Jantzen’s team aimed to improve on these methods by creating algorithms that learn the ‘what-ifs’, allowing them to predict what would happen if a system were changed.

‘Our methods are very different from the sort of assessments or predictions one can make with most machine learning tools,’ Dr Jantzen continues. ‘My group has begun to understand some features of those collections of things that can be usefully described by scientific laws, and we’ve built computer algorithms that can detect these features automatically. That is, we’ve built programs that can use data about the behaviour of two phenomena – like population growth in bacteria and in oak trees – to determine whether the phenomena are governed by the same “law”.’

With these methods, Dr Jantzen’s team has already created algorithms that allow them to identify dynamical symmetries of two different systems, revealing new ways to group natural systems together. ‘As opposed to machine learning, our algorithms tell us whether two phenomena have a similar causal structure – in other words, whether they are governed by the same laws that determine how one property changes, given changes in the others, even if we have no idea what those laws are,’ he says. 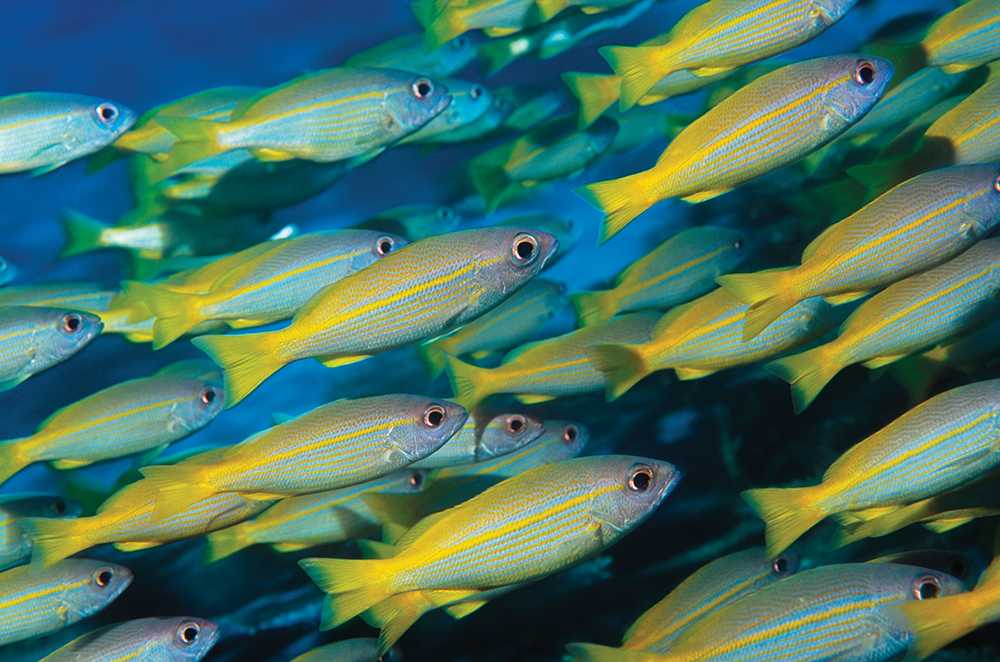 Using advanced algorithms, Dr Jantzen’s team, in collaboration with Dr Nicole Abaid at Virginia Tech, has already demonstrated how uncovering dynamical symmetries between seemingly-unrelated natural systems can be remarkably useful for a variety of applications. Systems ranging from complex networks of computer models or brain signals, to behaviours and interactions between different wild species, are all examples of phenomena whose hidden structure can be compared through dynamical symmetries.

‘Such algorithms are of enormous practical value,’ says Dr Jantzen. ‘We’re using our algorithms to test the validity of complex computer simulations, to figure out how many expensive field measurements are needed in order to accurately model an at-risk ecosystem and have even begun to sort complex brain processes according to their hidden, underlying laws.’

Yet perhaps the most intriguing application of Dr Jantzen and Dr Abaid’s work involves significant improvements in predictions of how animals in large swarms – behaviour that is seen across a wide variety of species – will move.

Previous studies on swarming behaviour, typically relying on much more simplistic algorithms, have managed to roughly approximate the superficial behaviour of swarms, but have struggled to precisely model swarm movements as a whole based on the movements of individual animals. By using real-world observations as inputs into their algorithms, Dr Jantzen, Dr Abaid and their colleagues have managed to greatly reduce this problem. 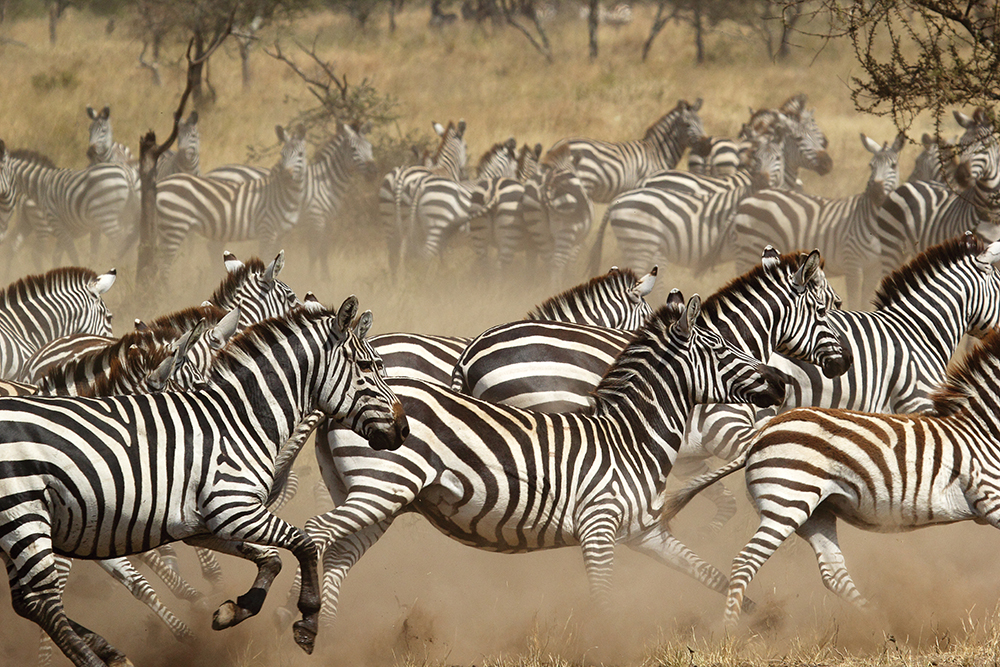 ‘A swarm of bats has its own dynamical symmetries, distinct from those of a bat by itself,’ Dr Jantzen explains. ‘But there is a connection. The bat swarm is made up of bats, so if its dynamics is different from a bird flock, we know that the individual bats must be doing something different to individual birds.’

‘Using these principles, the researchers are now studying computer simulations that accurately predict swarming behaviours. ‘We’re using our discovery algorithms on video data to sort collective behaviour in organisms based on the unknown laws that govern how such swarms of animals operate. No one has done this in a quantitative way before,’ Dr Jantzen continues. ‘We’re also using our algorithms in a slightly different way to test whether any of the existing models of collective behaviour – which can generate convincing simulations on the computer – actually reflect the mechanisms driving animal swarms.’

From a seemingly philosophical starting point, based on questioning how scientists can decide how to group individual natural phenomena together, Dr Jantzen’s team has already offered innovative solutions to long-standing scientific problems. ‘Far from a purely academic exercise, our work on logical problems of scientific discovery is finding application in multiple fields,’ he concludes.

In the future, not only scientists, but those in a wide variety of other fields could look to algorithms that account for dynamical symmetry to provide new insights into their work – leaving computer calculations to spot the elusive connections that human minds haven’t yet been able to see. 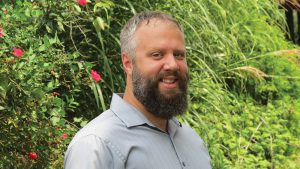 Dr Benjamin Jantzen holds graduate degrees in both physics and philosophy, and a doctorate in Logic, Computation, and Methodology from Carnegie Mellon University. Currently, he is an Associate Professor of Philosophy at Virginia Tech. Here, his interdisciplinary research is focused on the development of computer algorithms for scientific discovery and on the philosophical impact of these algorithms on our understanding of the world and ourselves. With an NSF CAREER Award, ‘Automated scientific discovery and the philosophical problem of natural kinds’, Dr Jantzen is leading a diverse team using philosophically motivated tools of discovery to learn about everything from bat swarms to brain scans. He is also the director of an annual workshop called ‘Philosophy & Physical Computing’, which is aimed at providing philosophers, computer scientists, and experimental scientists with the technical skills and philosophical perspective necessary to collaborate with one another on problems of common interest.