To begin, please describe your research background and how you decided to focus your efforts on bipolar disorder specifically?

When I was a medical student at Baylor, one of my professors, Roger Guillemin, who was later awarded the Nobel Prize for his research on hypophyseal portal transport impacting anterior pituitary systems, drove home the likelihood that brain functions in discrete areas were under agonist/antagonist controls which could reveal part of the pathophysiology of brain-based disorders. In addition, during my psychiatric residency at Columbia, I had an assignment at a state hospital where thousands of chronically psychotic patients were indefinitely hospitalized. With the introduction of the first generation of antipsychotic and antidepressant drugs during this same period of time, most were soon able to re-join life in communities. As part of an obligatory two-year physician draft in the U.S. during the Vietnamese war, I was director of a narcotic addiction treatment unit. This led to a grant for addiction treatment utilizing methadone. All of these experiences heightened my resolve to focus my medical career on research involving brain-based disorders. My research deals with developing better assessment tools and improving diagnostic criteria, in particular, distinguishing depression as it appears in major depression from that in bipolar disorders.

It is clear from your work that there is a need in the healthcare community to provide a better means to aid mental health researchers and providers in assessing the trajectories of bipolar disorder. Can you describe the major conundrum in the field of psychiatry/ psychology that led you to address this issue?

Bipolar disorder is differentiated from major depression because of it is associated with an earlier age of onset, much more affective lability and more anxiety. Bipolar mood disorders are associated with high rates of bipolar disorder in relatives. Unfortunately, official diagnostic guidelines have generally lagged in incorporating some of these data. An additional factor that is uncommon in most other major disease groups is the manic or hypomanic characteristics of bipolar that are not readily recognised as indicative of low-grade manic symptoms. In fact, the increased energy, complex thoughtfulness and productivity have long been recognised as characteristics of bipolar disorders in any age group, but are unlikely to be the only set of symptoms. In addition, some circumstantial factors are important in recognising bipolar symptoms, including circumstances that interfere with getting to sleep, e.g., noise, light, pain, which may be sufficient to move a person from a euthymic mood state to one of significant mania.

You recently published data describing a new model (MOAT) for assessing bipolar disorder that improves upon the limitations of the traditional Kaplan– Meier survival techniques method of assessment. Can you describe the approach you developed and why it was necessary to develop this for bipolar disorder?

The current survival analyses are limited to determining whether an event (e.g., relapse, death, discontinuation for intolerable side,or meeting a single severity score for either or both mania and depression) is the only item assessed for the main aim. No assessment of the quality of time prior to the target event occurs. A survival analysis does not assess the experiences of the many people who never have the target event. Based on studies that led to the regulatory approval of lamotrigine for mood stabilisation, a MOAT analysis was designed. MOAT addresses several misconceptions about what survival analyses can achieve. A survival analysis provides no information about either mood stability or subthreshold symptom intensity. Similarly, a patient might experience an early relapse followed by maintenance of a stable, episode free state, or subsyndromal status, neither of which is captured by survival methods.

The diagnosis and treatment of bipolar disorder seem to be evolving as technology advances. What do you see are the biggest changes that patients will see over the next 10 years?

By incorporating the new tools established in our research unit, patients with bipolar will have more access to the evidence on which diagnoses are arrived at and have a better understanding of actions that can forestall worse outcomes. A change we will not likely see is a major expansion of medications that benefit some core manifestations of bipolar. Much of this is consequent to FDA policies, which tend to push pharmaceutical companies to continue use of the same study designs that have been in use for over 50 years.

Bipolar disorder is a complex disease and self-management is an important component of the treatment. Dr Charles L. Bowden of the University of Texas Health Science Center at San Antonio has developed better assessment tools for bipolar disorder and for improving diagnostic criteria.

Bipolar disorder is a manic-depressive illness that involves shifts in mood, energy and activity levels. The symptoms are severe and can damage relationships and lead to the inability to do a job or perform in school and even suicide. Historically, the diagnosis of bipolar disorder is limited to defining the manic or depressive states. Currently, studies have established that several symptom clusters characterise the illness, including readily identifiable anxiety, irritability and psychotic symptoms, each of which may be associated with either traditional depressive or manic symptoms. Dr Bowden’s research aims to develop better assessment tools for improving the diagnostic criteria and for tracking patient outcome. In particular, his team aims to distinguish depression as it appears in major depression from that in bipolar disorders. Traditionally, these distinctions were done by utilising historically based criteria that are only weakly useful.

The current differentiators incorporate family history, illness course, biological systems that are disease specific and the recognition of specific symptoms and treatment response.

Dr Bowden believes that better tools are necessary to assess patients with bipolar disorder and this led to the development of the Multi-state Outcome Analysis of Treatments (MOAT) methodology. Chronic diseases are typically studied by statistical techniques that assess time to an event, such as the Kaplan-Meier (KM) survival analysis. However, the variables involved in studies analysed by survival analyses assume that certain events, including relapse or termination for an adverse effect, will happen to all of the patients, and this is not the case for bipolar disorder. MOAT is different because it accounts for the fact that such events happen to only a subset of patients, but it also can accommodate the shifting status of tolerability of patients with one treatment but not another. These factors make MOAT a more useful tool for evaluating bipolar disorder.

The KM survival analysis is one of most commonly used survival analyses. The principle behind it is a ‘time to event’ model, which means the endpoint of an event is used to predict a time when certain positive events or negative events will occur. This method has limitations when estimating the outcomes of numerous variables, which is the case for bipolar disorder. If one uses the KM analysis for bipolar disorder, the variables being tested do not accurately display what is going on with the patient. Dr Bowden’s group aimed to improve upon this limitation and they developed a tool that incorporates data on both the efficacy and safety applied to the time spent in primary clinical states of bipolar disorders to direct the analysis of illness trajectories and treatment selection.

A KM survival analysis tells the patient or the psychiatrist that more patients dropped out with treatment X than with Y, but this does not help with how to treat the patient. Furthermore, the outcome criteria in the KM survival analyses can be biased by designs that are pre-selected based on the positive or negative responses that are requirements to enter a treatment trial. MOAT is designed to avoid such distortions and also provides meaningful data that can be used by the patient and the physician.

Putting MOAT to the Test

Very recently, Dr Bowden and his colleagues published the results of a study that describes the development of MOAT and it’s application in assessing patients who were part of 2 FDA studies regarding the treatment of bipolar disorder. These FDA studies are what led to the approval of the drug lamotrigine for the treatment of bipolar disorder. There were a total of 578 patients and 224 were assigned to the drug lamotrigine, 165 to the drug lithium and 189 to placebo. The MOAT analysis was used to partition the total survival time of the patients into clinically distinct periods of bipolar disorder that were operationally defined by cutpoints on rating scales. These distinct periods were remission, subsyndromal and syndromal mania, mixed states or depression. Previously, it was shown that both drugs were associated with a longer time in the study compared with the placebo, but the MOAT analysis takes these findings to the next level and demonstrates that both drugs increased the time remitted compared with placebo. In addition, patients on all 3 treatments spent a large amount of time in subsyndromal depression. Lithium reduced the time with manic symptoms but lamotrigine did not. Lithium also had a worse tolerability compared with placebo. In summary, lamotrigine showed a limited therapeutic benefit but no harm, and lithium was both beneficial and harmful.

These results are important because they provide specific details that can be of direct use to patients as well as psychiatrists. In addition, regulatory staff can use the MOAT analytic data to create more useful label descriptions of the benefits as well as limitations of the benefits of drugs. Dr Bowden and his group hopes to stimulate other groups conducting longitudinal studies to use MOAT. In addition to bipolar disorder he believes that MOAT can be used for other generally common disorders with waxing and waning fundamental symptomatology and/or functional status. These could be other psychiatric disorders, such as post-traumatic stress disorder and major depressive disorder, or general medical and surgical conditions, such as neuropathies, hypothyroidism, diabetes, restless leg syndrome and hypercholesterolemia. 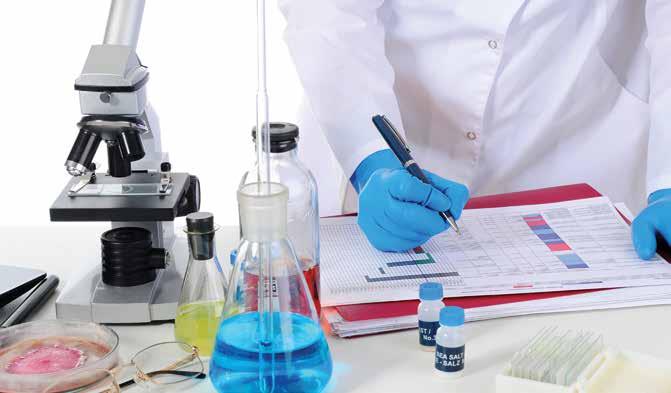 The Next Frontier in the Treatment and Management of Bipolar disorder

For patients with bipolar disorder, self-management is an important component of the treatment, but this is very complex and comes with difficulties, including misunderstanding of the condition and a lack of self-awareness. The emergence of mobile health and computational tools, such as applications used on a mobile phone, are allowing patients to engage in self-management by giving them timely access to information. Recently, Dr Bowden’s group developed a patientcentred software system that is downloadable on smart phones to assist patients in the self-management aspect of bipolar disorder. They developed a computational tool which determines the precise state of a bipolar patient by tracking interacting symptoms. These include 8 symptoms that were selected independently from the Bipolar Inventory of Symptoms Scale by a panel of experts as essential to characterising the current state of a bipolar patient. After establishing the patient’s state and trajectory, advice, specific to the patient’s condition, is generated to help manage the course of the disease.

A small, 12-week field trial of the tool was conducted and completed with 20 patients. Next, Dr Bowden and his group are conducting a 12-month, randomised open comparison of the downloadable moodtracking tool. Currently, the study has enrolled 100 subjects from three academic medical centres. The hope is that through the use of personalised self-management programs, patients will be more aware of their emotions and their environment, which could help to prevent relapse while focusing on avoidance based goals and actions. 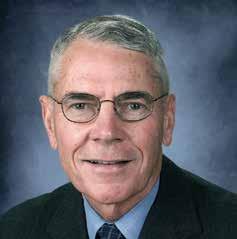 Nancy Karren Clinical Professor in the Department of Psychiatry

Professor in the Department of Pharmacology University of Texas Health Science Center at San Antonio, USA

Dr Charles L. Bowden received his MD from Baylor College of Medicine in Houston, TX and completed his psychiatry residency at the New York State Psychiatric Institute and Columbia-Presbyterian Hospital in New York, NY. He received the 2001 Klerman Senior Investigator Award, the 2006 Mind of America Scientific Research Award from the National Alliance for the Mentally Ill and the 2008 NARSAD Falcone prize. In addition, he received the 2016 Andrew C. Leon Distinguished Career Award of the International Society for CNS Clinical Trials and Methodology. He has authored more than 400 publications and has been principal investigator for over 90 studies principally funded by NIMH. 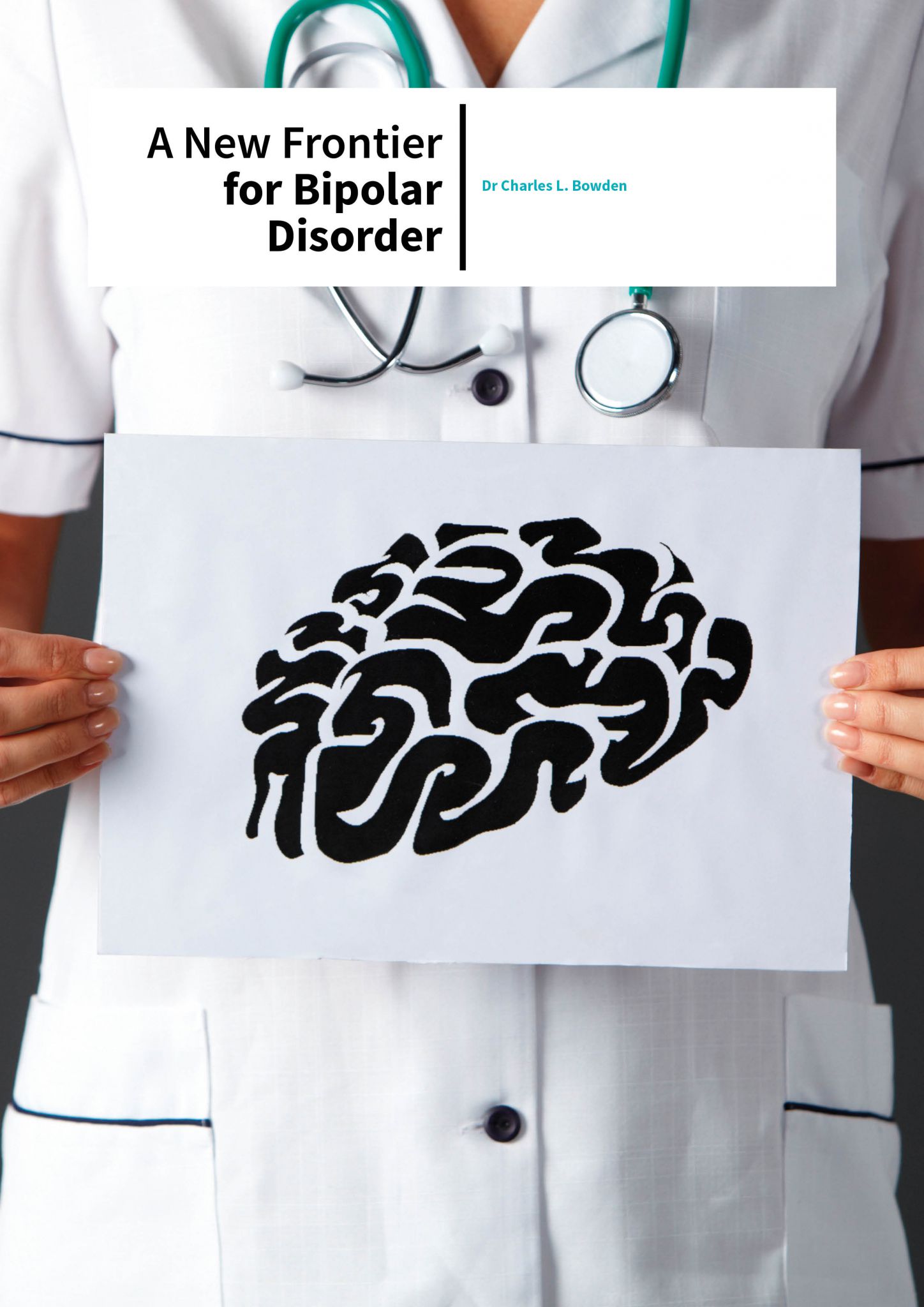