Earthquakes arise deep within the Earth, usually as heat from the mantle and the pull at subduction zones move tectonic plates around on the planet’s surface, causing them to interact. Dr Christian Brandes and his colleagues at Leibniz Universität in Hannover, Germany investigate the lesser known phenomenon of how heavy ice-sheets can also have a significant effect on the behaviour of continental plates. In particular, they explore how the melting and movement of glaciers, such as that caused by human-induced climate change, can trigger earthquakes.

Earthquakes are well-known geological phenomena, usually caused when two pieces of the Earth’s crust, called tectonic plates, bang or rub against each other. Most people are familiar with these contact zones as fault lines, the most famous of which is the North American San Andreas fault, which runs for more than 1,200 km across California. This fault marks the active contact between the Pacific Plate and the North American Plate and has been the source of significant death and destruction throughout history.

Imagine the surface of our planet as a bowl of hot custard – as the pudding starts to cool over time, a thin crust forms on the surface, analogous to the Earth’s crust. This ‘custard crust’ then shrinks as it cools and cracks, and the pieces form plates, separate from one another and moving on top of a molten body. This liquid body, taking up almost the entire bowl, is the Earth’s mantle. Heat from the mantle as convection currents and the pull from sinking of the plates at subduction zones moves the plates around on the planet’s surface.

This is the foundation of the research carried out by geologist Dr Christian Brandes and his colleagues at the Leibniz Universität Hannover in Germany. They are working to understand the exact causes and effects of earthquakes. Much of the team’s research is based on the testable hypothesis that earthquakes and the changes they cause to sediments on the ground can be triggered by melting glaciers and other related phenomena. However, this field remains controversial. As human-induced global warming continues to cause glaciers and other massive ice-sheets to melt, does this mean that we can expect more earthquakes in years to come? 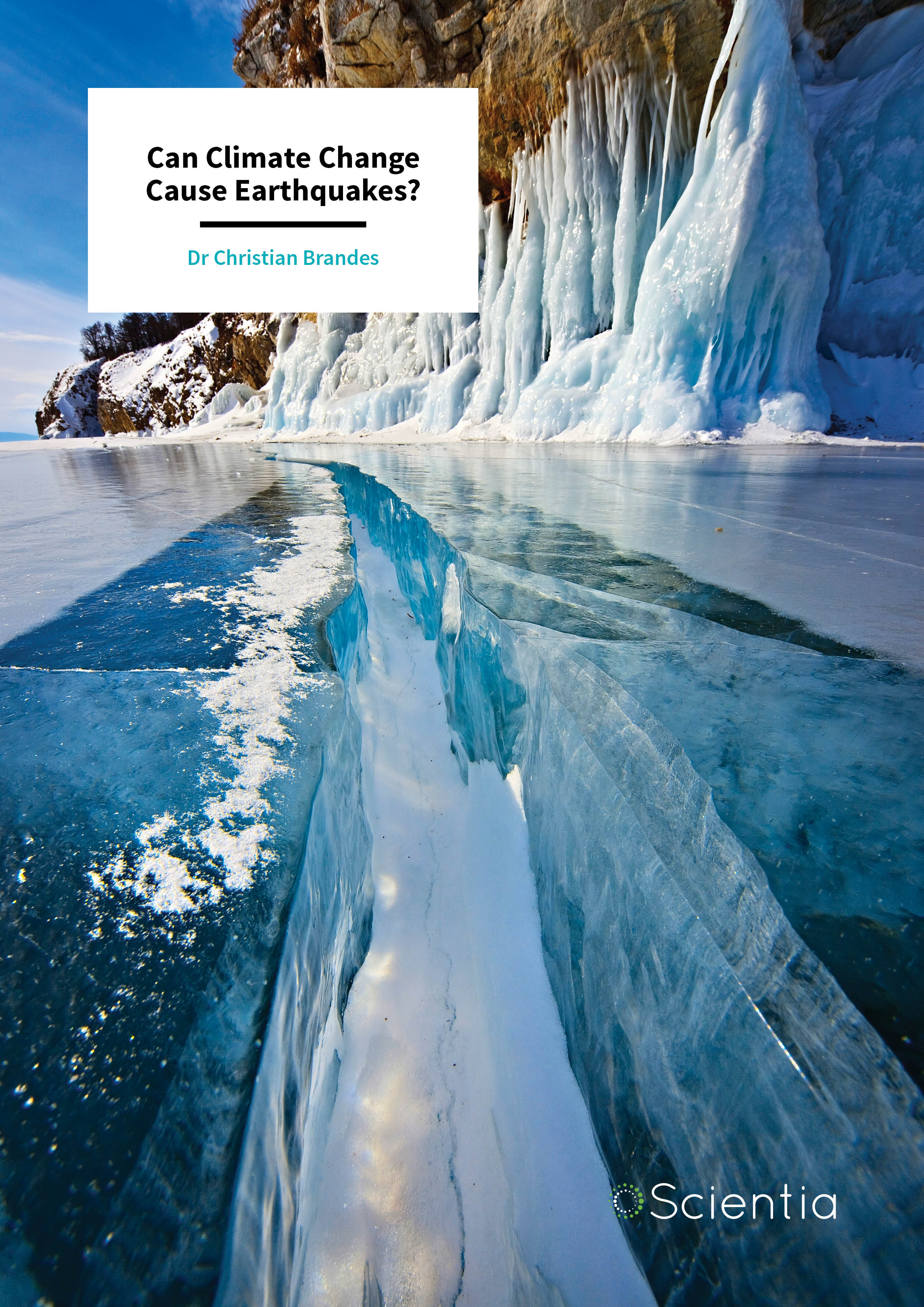 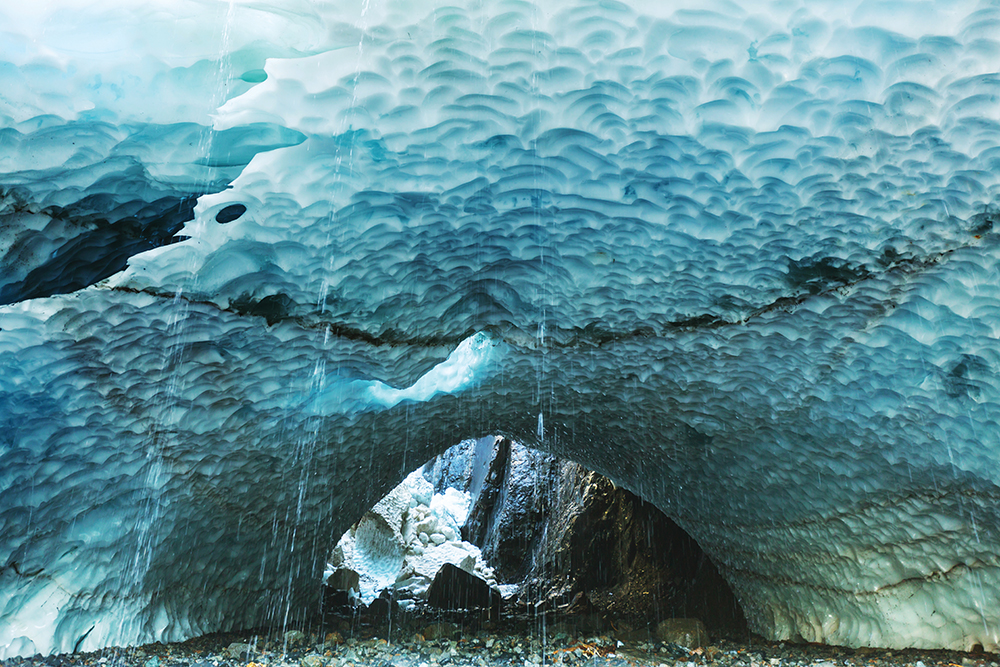 In addition to being caused by deep Earth phenomena, Dr Brandes and his colleagues are uniquely concerned with the load that ice-sheets apply to continental plates, and how the melting of the ice can trigger earthquakes. Although it is well-known that the climate is warming due to human influences, causing ice to melt in cold regions, the effects of these changes (called ‘isostatics’) on earthquake generation is much less well understood.

In one recent study, Dr Brandes and his colleagues assessed changes at a major fault zone running across Denmark during the Pleistocene Epoch – the time period that lasted from about 2.5 million years ago to 12 thousand years ago. They wanted to understand the melting and shrinking of glaciers in northern Denmark, in an area called Jutland. The multidisciplinary team, which included Holger Steffen (Lantmäteriet, Sweden), Jutta Winsemann (Leibniz Universität, Hannover), Patrick Wu (University of Hong Kong) and Peter Sandersen (Geological Survey of Denmark and Greenland), developed a series of models that allowed them to understand how changes in glaciation caused faulting and hence caused earthquakes across this region around 13,000 years ago. It turns out that much of the present-day shape of this region is the result of the retreat of glaciers as they melted – a souvenir of the last ice age.

This research is deeply relevant today if we are to understand the long-term effects of climate change, especially warming temperatures and their influence on the melting of polar ice caps and glaciers. Understanding the potential triggering of earthquakes in populated areas within Arctic and Antarctic zones of the planet is also an issue of public safety – we need to know how fast these structures can move, and how much and how rapid ice-sheet melting needs to occur before faults are activated. 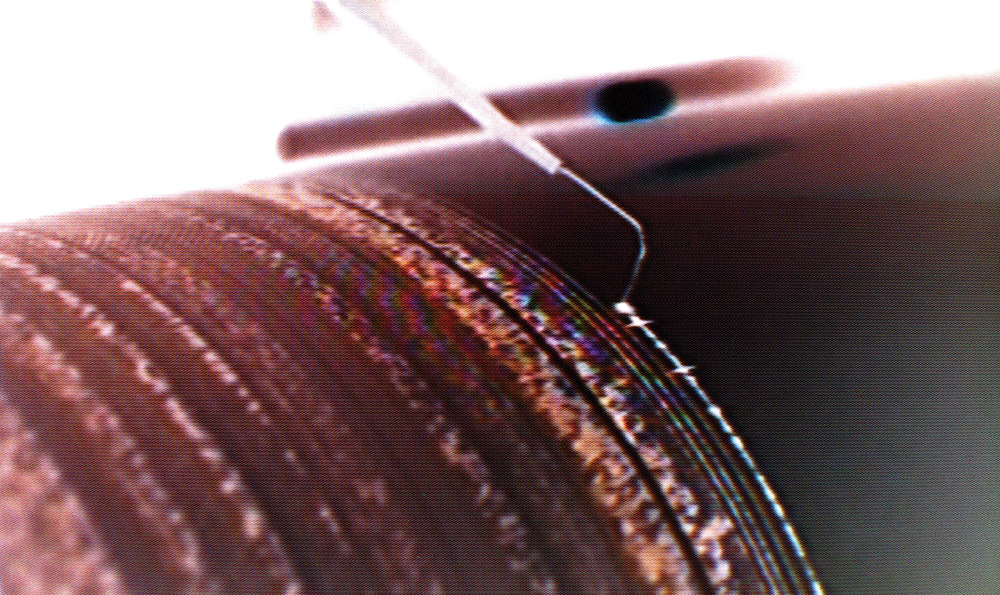 Another key area of research that Dr Brandes and his colleagues focus on is the study of how sediments on the ground are changed by earthquakes, in a process called ‘soft sediment deformation’. Because many people live in earthquake-prone regions, a huge proportion of the global population is at risk of injury or death due to buildings collapsing. Understanding the effects that earthquakes have on sediments under buildings is therefore of great importance.

Dr Brandes and his colleagues applied their skills to generate new data on soft-sediment deformation structures that result from earthquakes. Specifically, they investigated sediment structures that formed in young sediments within the upper Senne region of Germany. This region is in the vicinity of an important fault called the Osning Thrust – one of the major tectonic faults to occur in Central Europe.

The team was able to identify a number of key structures in sediments that were caused by local earthquakes along the Osning Thrust, with mysterious sounding names such as ‘flame’ and ‘ball-and-pillow’ structures. These are structures that form due to seismic shaking. Fluid sediments can move in these environments in similar ways to the lava flows we normally associate with volcanic eruptions, forming sediment tubes (clastic dykes), sills, and even sand volcanoes.

This research is important at the local level, since it is the first time that features related to the movement of fluids have been directly related to a major fault in northern Germany. There are also key global implications to this research, as discussed above – if characteristic sediment movements are triggered by earthquakes, it is possible to then predict their effects on buildings and areas with high population densities. Such clues left in the ground also allow scientists to identify the after-effects of earthquakes that happened in the past, especially those we can find in historical records. 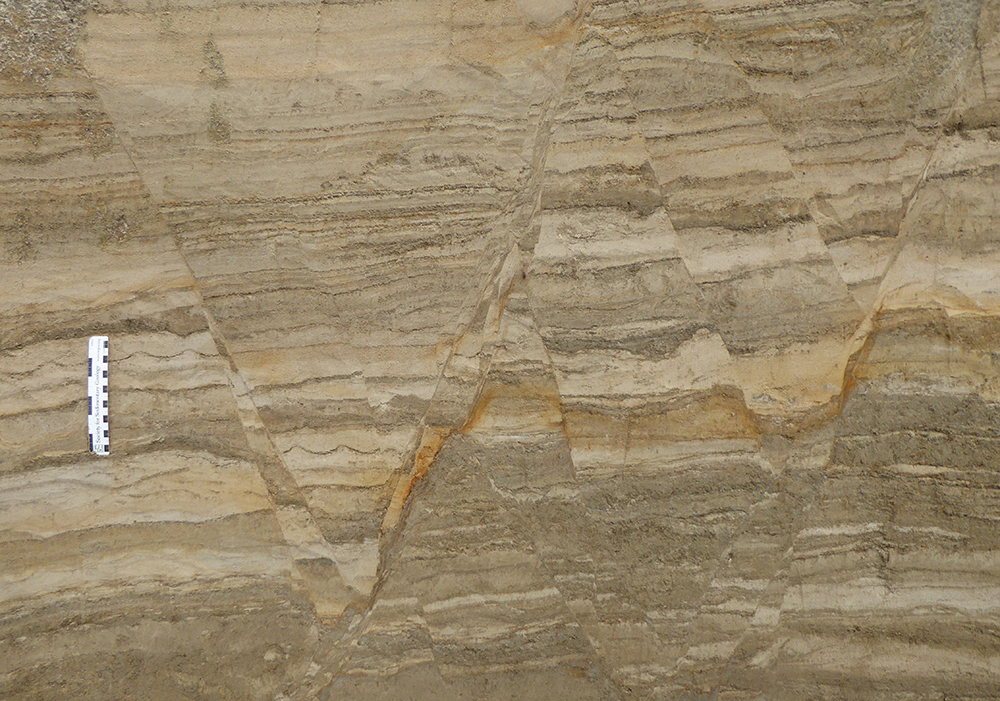 The surface of Central Europe comprises a series of crustal pieces that were assembled like a jigsaw puzzle a long time ago, during the Palaeozoic Era, around 400 million years ago. Additional faults evolved during the Mesozoic Era. A further key research question being addressed by Dr Brandes and his colleagues, together with David Tanner (Leibniz Institute of Applied Geophysics) and Rebekka Steffen (Lantmäteriet, Sweden) relates to how these pre-existing tectonic structures were reactivated during the Pleistocene glaciations in this region. As mentioned above, the team uses complex modelling approaches to assess these changes and has gradually built up a phased picture of tectonic evolution within the region.

The 115-kilometre-long Osning Thrust underwent a series of faulting movements over a 140-million-year period ending about 60 million years ago. The team has shown that movements along this fault also occurred very recently. Modelling these structures has enabled Dr Brandes and his colleagues to demonstrate that the Osning Thrust was reactivated at the end of the last glaciation, around 12,000 years ago. This fault reactivation was accompanied by earthquakes, which the team identified from the soft-sediment deformation structures that developed in this area. Their findings also imply that an earthquake, which took place in this region during the autumn of 1612, might have been triggered due to stress changes in the Earth’s crust caused by a melting ice-sheet.

Seismology Is Relevant to Our Daily Lives

Earthquakes are hugely important globally, effecting millions of people every day. The research of Dr Brandes and his colleagues is key to develop clear pictures of how these phenomena change the nature of the sediments under our feet. Perhaps more critically, their work reveals how earthquakes are quite likely to be influenced by climate change, as the effects increase over the coming decades. Surprisingly, however, the issue of whether glacial melting can lead to earthquakes is still a subject of debate in many quarters, and research in this area remains controversial.

Intuitively, this connection makes sense. Picture a tennis ball with an elastic outer layer that recovers its shape after being squeezed. Heavy glaciers squeeze the land over time, and as they recede, the land retakes its form – this process is called ‘glacial rebound’ and is likely to be one of the major causes of earthquakes around the world. However, although many regions – such as Greenland, for example – are characterised by a good deal of seismic activity and postglacial rebound, it remains problematic to connect the two. However, some recent studies, such as those carried out in Iceland, suggest that glacial melting might also be related to increasing volcanism.

We know that humans are having a massive detrimental effect on the climate, causing increasing temperatures that melt polar ice-sheets and glaciers. Is it possible that the changes we are making to our atmosphere are also triggering deeper Earth events, such as volcanic eruptions and earthquakes? Dr Brandes and his colleagues are working hard to gather more evidence. 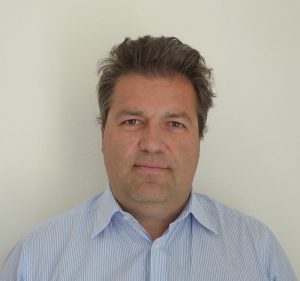 Dr Christian Brandes received his diploma in 2002 and his doctoral degree in 2006 from Leibniz Universität Hannover in Germany. Upon graduating, he took his current role as researcher and lecturer at the Institute of Geology, Leibniz Universität Hannover. Here, his research focuses on tectonics, with a special emphasis on field-based structural geology, seismic interpretation, and numerical modelling. Dr Brandes utilises a multi-scale approach from outcrop to basin-scale, which involves geophysical methods to investigate upper crustal tectonic processes in sedimentary basins. Dr Brandes has participated in four expeditions to the Arctic in recent years, including to the New Siberian Islands, the Yukon North Slope, the Isfjorden area of Spitsbergen, and to northern Ellesmere Island.