Old age is a bigger part of life today than ever before, yet our ability to tackle age-related diseases is lagging behind our extraordinary leaps in lifespan. One of the many dedicated researchers delving into the ageing process is Dr David Marcinek, who is bringing fledgling therapies for mitochondrial dysfunction out of their infancy. Dr Marcinek is currently an associate professor in the Department of Radiology at the University of Washington Medical Center, where he focuses on the interaction between energetics, redox signalling, and muscle physiology in ageing and disease.

Some of the challenges predicted for an ageing population are already quite evident, and include not just the hardships endured by elderly individuals themselves, but also the collective strain on healthcare systems and the economy. There seems to be no sign of these problems resolving themselves: in the United Kingdom, for instance, one sixth of the population is over 65 years of age. Government forecasts predict that one quarter of the population will be in this category by 2050.

These statistics undoubtedly represent a triumph for modern standards of living, but fail to highlight the struggle of quality of life in keeping pace with quantity of life. Although we have formulated treatments for a vast range of age-related diseases, ageing still represents the single greatest risk factor for most chronic diseases. Thus, directly impacting the ageing process has the potential to significantly improve both quality and quantity of life. Despite these seemingly insurmountable and inevitable consequences of growing old, there is hope that age-related diseases can be dammed at their source through research into the ageing process itself. This is a huge area of study that is continually growing and uncovering the physiological factors that may contribute to ageing.

For decades, the mitochondrion has been implicated in the ageing process, as its role in producing adenosine triphosphate (ATP) to meet the energy demands of the cell naturally creates reactive oxygen species (ROS) as a by-product of oxidative phosphorylation. It used to be thought that cell-wide oxidative damage – caused by an imbalance between the production and scavenging of ROS such as H2O2 – played a principal role in the ageing process. However, recent investigations have challenged this simple version of the oxidative stress theory of ageing and suggest that the relationship between mitochondrial function, oxidative stress and ageing may be more complex. Such findings, as well as the observation that mitochondria become more dysfunctional with age, have only served to make them a more attractive target for ongoing research into ageing. 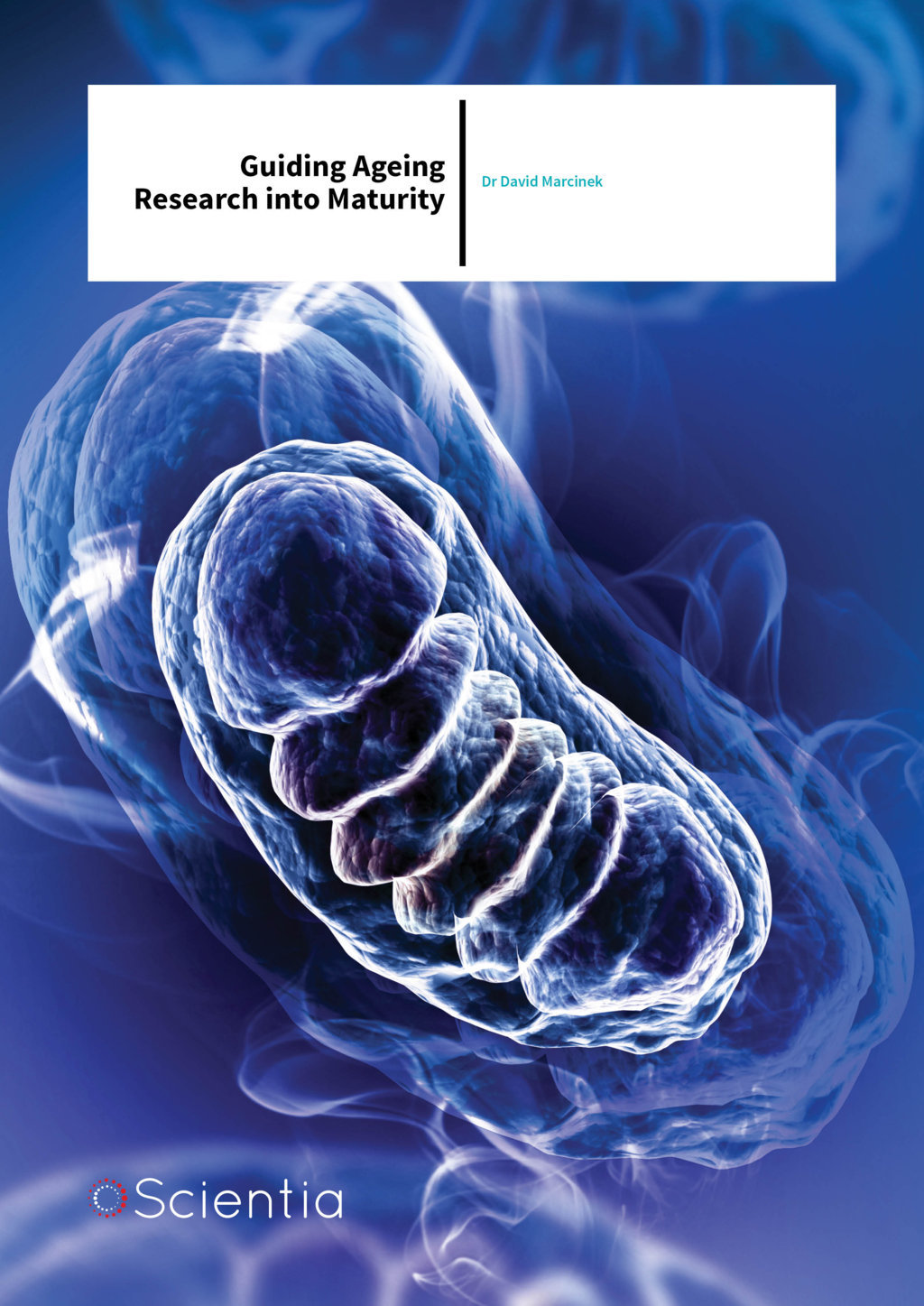 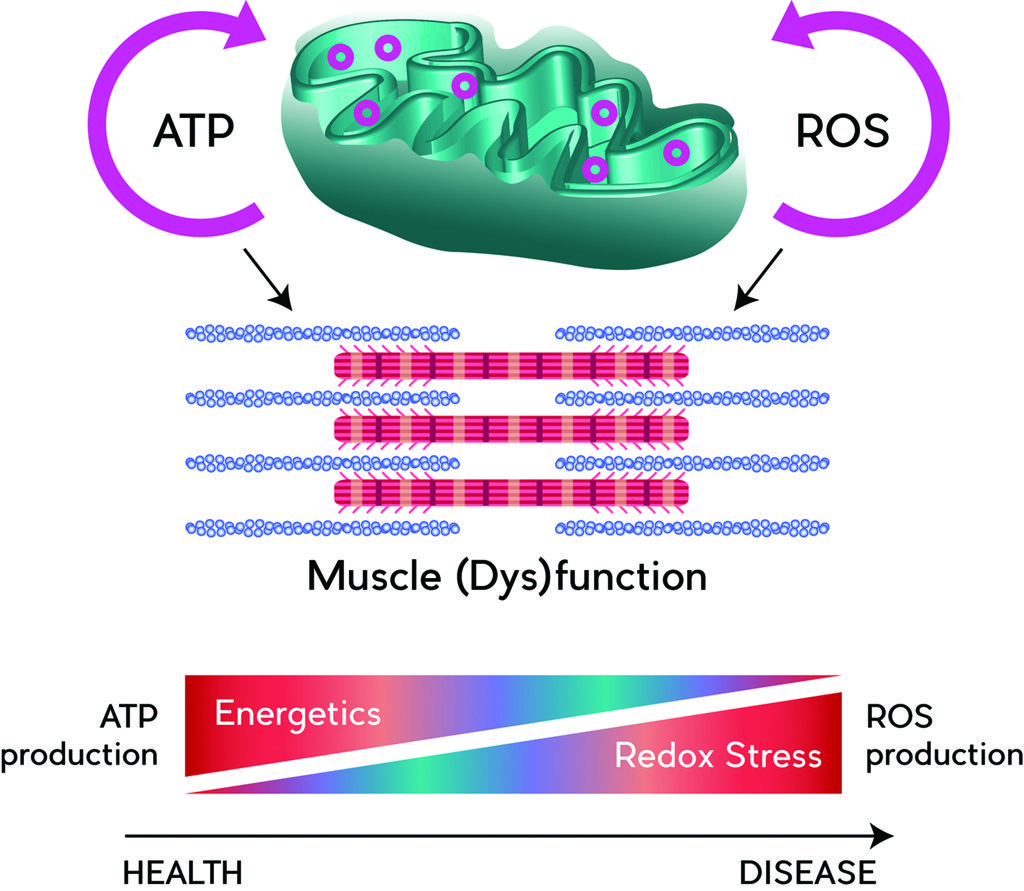 ‘Our research focuses on how changes in mitochondria energetics and oxidative stress affect the pathological and adaptive signalling in skeletal muscle. We have found that some pathological conditions associated with ageing may be more dynamic than previously thought and could be rapidly reversed by targeted intervention with agents such as elamipretide to restore redox or energetic balance.’

Despite the countless studies already dedicated to understanding mitochondria, every new discovery seems to uncover another layer of unexpected nuance to their function, or finds that there is more uncertainty than certainty along the road to potential therapies to counter mitochondrial dysfunction. Finally, however, mitochondria may be on the verge of succumbing to the weight of researchers’ persistence and yielding their most promising secrets.

‘My philosophy is to start with investigating the in vivo physiological effects of an intervention, manipulation, or model, and then work down to the cellular and molecular level,’ explains Dr David Marcinek, who is currently an associate professor in the Department of Radiology at University of Washington Medical Center, where he focuses on the interaction between energetics, redox signalling, and muscle physiology in ageing and disease.

Dr Marcinek traces his interest in bioenergetics back to his undergraduate physiology course, where he learned that tightly regulating and controlling energy flow was crucial to maintaining healthy systems. However, his specific focus on mitochondria and their role in muscle health only developed after completing his PhD in Physiology at Stanford University, and with the beginning of his postdoctoral work at the University of Washington at the turn of the century.  ‘Most of the focus of mitochondrial research is on their role in ATP production,’ Dr Marcinek clarifies. ‘However, the mitochondria are also a main source of reactive oxygen species, or ROS, and thus provide a nexus between energy and redox homeostasis and cell signalling. This makes them key players in the ability of the cell to respond to stress.’

The group induced acute oxidative stress in living mice before using a novel multi-modal spectroscopy system of their own design to assess its effects on intact hind-limb muscles. They carried out in vivo31P magnetic resonance and near-infrared optical spectroscopy, allowing ATP production and O2 consumption to be quantified, respectively. Through the success of this spectroscopy system, they found that aged mitochondria were already uncoupled and inducing a further oxidative stress led to further uncoupling beyond that observed in the young skeletal muscle.

This led to the conclusion that agerelated oxidative stress may be inducing this uncoupling defence mechanism. As previously mentioned, this mechanism is something of a double-edged sword. Its presence in aged mice means that acute oxidative stress further reduces the already-diminished mitochondrial function and ATP production in aged mice. This finding would set the bearing for Dr Marcinek’s subsequent research direction, as it constituted an exaggerated response to normal physiological stress that might account for impaired muscle function in elderly individuals.

Explaining this finding further, Dr Marcinek further elucidated that ‘it was clear that disruption of mitochondria that caused elevated ROS generation could lead to further mitochondrial deficits and subsequent inhibition of skeletal muscle function, independent of the availability of ATP. This led our group to focus on the types of redox and energy stresses that lead to post-translational modifications to proteins that control both physiological performance and stress responses.’

The Turn of the Peptide

As the powerhouse of the cell, it may be unsurprising that mitochondrial dysfunction in humans is associated with exercise intolerance, fatigue and muscle atrophy. Muscle health, of course, represents a crucial factor in supporting the maintenance of independence and a high quality of life in the elderly – anyone who has suffered reduced function in a single muscle, through a strain or tear, can imagine the vulnerability of those with similarly limited function throughout their whole body.

Muscles are composed of bundles of myocytes, also known as muscle fibres, that house the actin and myosin filaments. According to the sliding filament theory, muscle contraction is the result of actin filaments sliding along the myosin filaments, causing local shortening and therefore an increase in tension within the muscle. This process relies heavily on ATP, and is therefore obviously dependent on mitochondrial function. 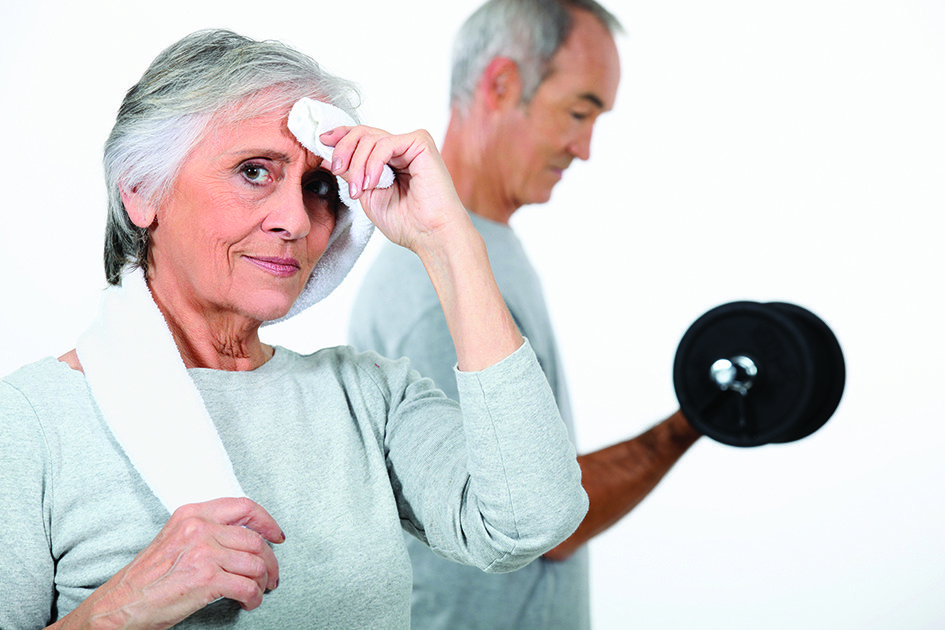 Despite the clarity of this link, a pharmacological treatment to reverse age-related mitochondrial deficits has been elusive, making it impossible to restore skeletal muscle function by this route. That is, until Dr Marcinek and his co-workers recently announced the discovery of such a treatment in an article published by the journal Aging Cell.

The group discovered that a member of the Szeto-Schiller (SS) family of peptides, which had previously been shown to elevate ATP production, reduce mitochondrial ROS production and decrease oxidative damage, amongst other beneficial effects, induced extraordinary changes in muscle energetics almost immediately after its injection in mice. Fascinatingly, both the efficiency and maximum capacity for ATP production in the old mice were restored within just one hour of administration of the drug to those levels observed in young mice. This treatment had no obvious effect on the muscle energetics of young mice, suggesting that it specifically reversed the age-related inhibition of mitochondrial energetics.

As well as looking at biochemical markers to validate the effect of the SS peptide, Dr Marcinek and his colleagues tested the fatigue resistance and exercise capacity of the mice after treatment. The distal tibialis anterior tendon of each mouse was surgically isolated to measure the force exerted by the muscle under electrical stimulation. This approach allowed the group to confirm that just one hour of treatment with the SS peptide dramatically increased the skeletal muscle fatigue resistance of the elderly mice. After eight daily injections, the whole-body endurance of the elderly mice was tested to failure using a treadmill, revealing that the SS peptide could boost the exercise tolerance of the mice substantially – albeit not to the levels reached by the young mice.

This finding had twin consequences. Not only did the group now recognise an exceptionally promising drug for rescuing muscle function in aged individuals, but the immediacy with which it took effect also indicated that the age-related mitochondrial disruption arose at least in part from regulatory modiﬁcations associated with elevated mitochondrial ROS production rather than from structural changes in the mitochondria. This is an exceedingly exciting finding, as influencing a signalling process is much more straightforward than mending cellular structural damage.

The next step after discovering that a drug has such astonishing activity in an animal model is to carry out clinical trials on humans. As a mark of its progress down the route to clinical application, the SS peptide has now been dubbed with a generic drug name: elamipretide (previously referred to as Bendavia, MTP-131, and SS-31). Stealth BioTherapeutics (Stealth), a clinical-stage biopharmaceutical company developing mitochondrial dysfunction-targeting drugs, recently carried out a phase 2 randomised, double-blind, placebo-controlled study with elamipretide. Elamipretide was administered to 40 patients, aged 60–85 years with demonstrated mitochondrial dysfunction, to establish whether or not the effects observed on the skeletal muscle energetics of mice could be reproduced in humans. Although the group at the University of Washington have yet to publish the findings in full, the results have been released by Stealth.

At the primary endpoint in the trial, elamipretide elicited an approximate 30% increase in mitochondrial energy production from baseline values, in comparison with an improvement of just approximately 10% in the placebo group. Patients treated with elamipretide demonstrated greater skeletal muscle function, with a treatment-emergent adverse events profile similar to placebo. ‘This change is comparable to the improvement seen in my previous studies of endurance training, exercising three times a week for six months, providing hope for patients and their potential for improved muscle function,’ commented Dr Kevin Conley, a professor at the University of Washington, and elamipretide trial investigator.

With such astonishing initial results, Dr Marcinek’s research focus is naturally looking to build on the success of elamipretide. ‘A main focus for ongoing research in the lab is to determine how changes in mitochondrial function alter energy and redox homeostasis, and thereby affect cell function,’ he says, explaining that his team’s finding that reducing redox stress can mitigate the effects of ageing in mitochondria has reinforced their efforts in this area. A key component of his future work will therefore be to identify the processes underlying cell–mitochondria communication, looking at redox thiol posttranslational modifications and using metabolomics to identify the specific pathways involved. Dr Marcinek is also continuing to look for new acute and chronic interventions to improve skeletal muscle energy metabolism, contractile performance, and exercise tolerance. He says that ‘one exciting result of this new perspective is that it indicates that some pathological conditions associated with ageing may be more dynamic than previously thought and could be rapidly reversed by targeted intervention to restore redox or energetic balance.’ 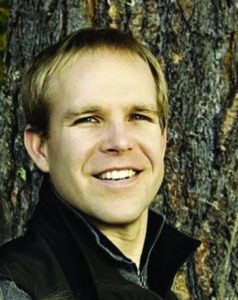 David Marcinek obtained his PhD at Stanford University, California, in 2000. Afterwards, he pursued postdoctoral research at the University of Washington, where he was appointed as Research Assistant Professor in the Department of Radiology in 2005. He is currently Associate Professor in the Department of Radiology, Department of Pathology and Department of Bioengineering at the university. He is a member of the American Physiological Society, American Association for the Advancement of Science, Mitochondria Physiology Society, United Mitochondrial Disease Foundation, and Society for Free Radical Biology and Medicine. He studies the interaction between energetics, redox signalling, and skeletal muscle physiology in ageing and disease, with a particular focus on mitochondrial dysfunction.