Dr David Pollard | Dr Robert DeConto – The Birth and Death of Ice Sheets: Understanding the Past and Predicting the Future

Drs David Pollard and Rob DeConto have developed computer models that simulate how the world’s ice sheets have grown and retreated in response to climatic change over past epochs. Their models are now being used to predict Antarctic ice sheet melt and sea level rise over the next few hundred years.

Building Models of Antarctica’s Past

The Earth’s climatic conditions have changed dramatically over geological time periods, with considerable shifts in global temperatures, atmospheric carbon dioxide (CO2) and sea levels. These changes caused the formation, and repeated cycles of growth and retreat, of the world’s ice sheets. The largest ice sheet on today’s Earth, the Antarctic ice sheet, was first created during the cooling climate transition that occurred between the Eocene and Oligocene epochs, around 34 million years ago.

‘Ice sheets are huge masses of ice several kilometres thick, today covering Greenland and Antarctica, and in the past, they have repeatedly covered Canada and much of Eurasia,’ Dr David Pollard tells Scientia. ‘These ice sheets flow slowly under their own weight, and have grown and melted in the past due to climate variations.’ He explains his work as: ‘testing climate and ice sheet models against the geological data of the past, and applying them to future melting and sea rise in our warming world.’

‘From the start, I have liked writing computer code that solves equations describing geophysical variations in the natural world. To me it’s like building an actual model, like a model airplane,’ says Dr Pollard. ‘I originally got into ice sheet and climate modelling in graduate school, after a Woods Hole Oceanographic Institution summer course in 1976, with lectures by leading professors in paleoclimate and ice sheet modelling. I now develop computer codes solving for the slow variations of large ice sheets over hundreds to millions of years.’ 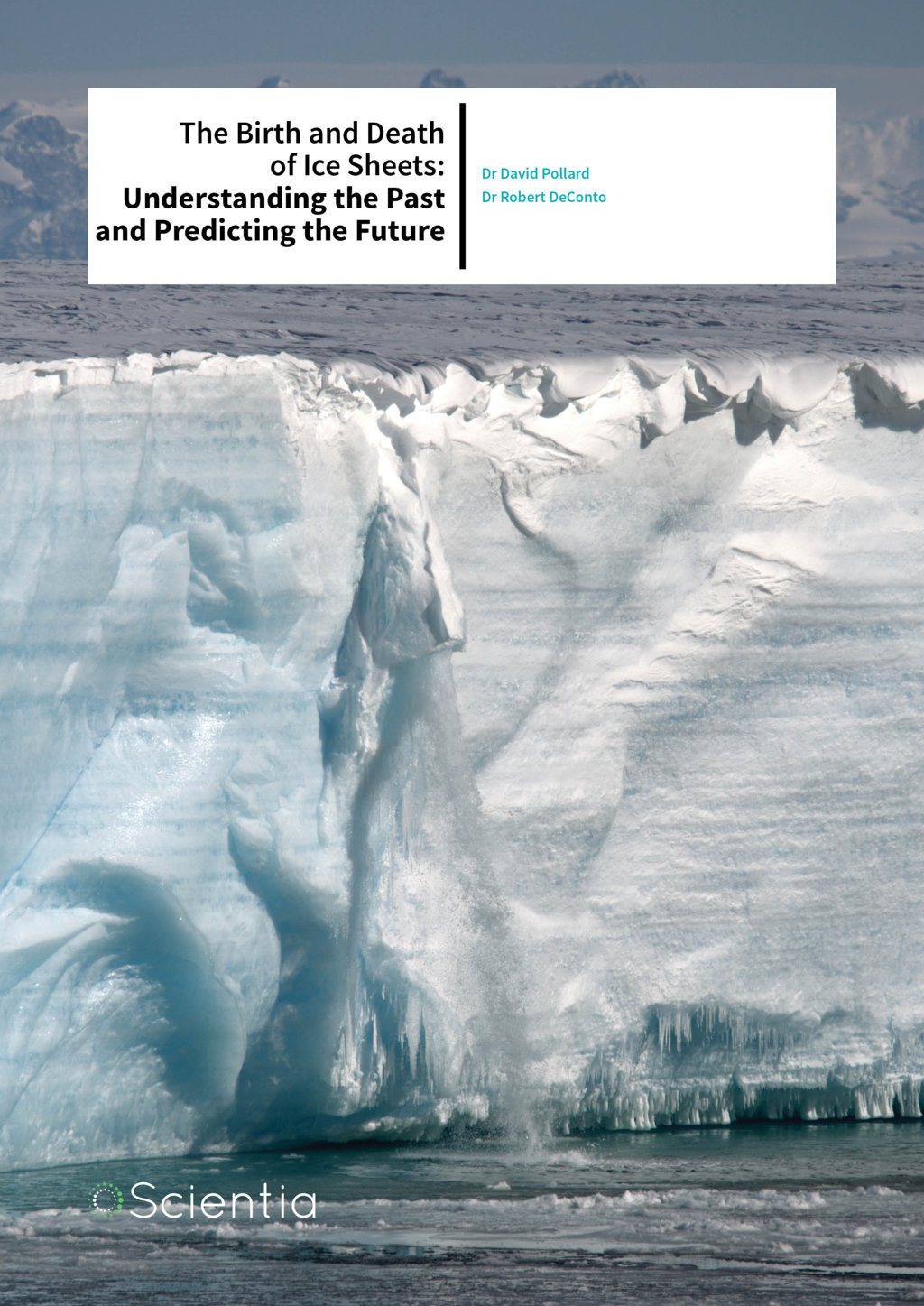 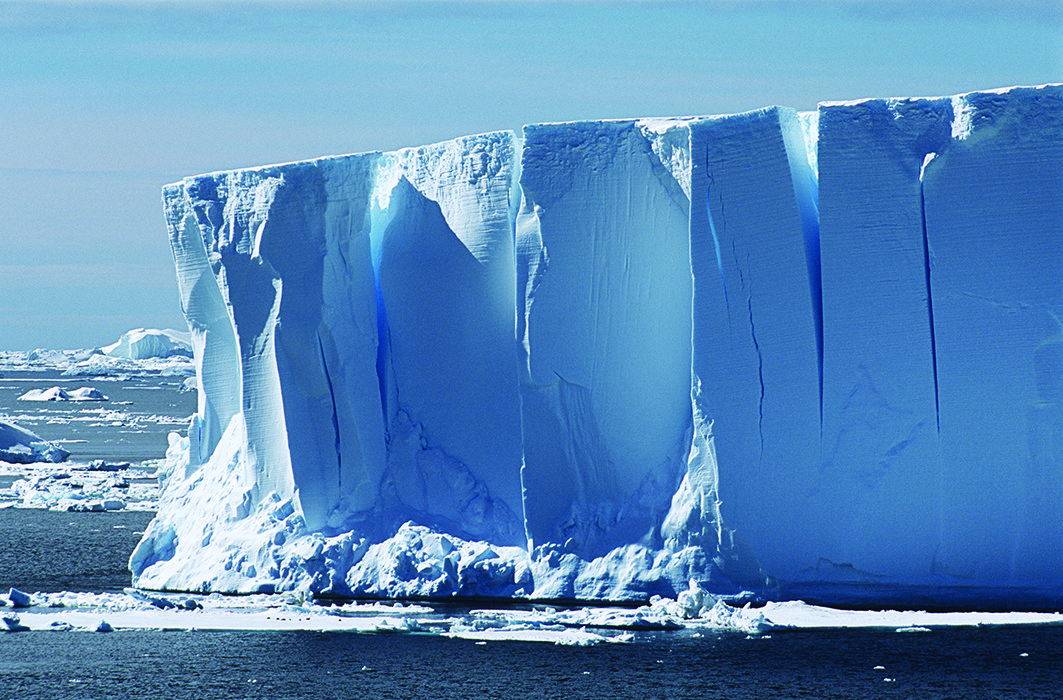 ‘These ice sheets flow slowly under their own weight, and have grown and melted in the past due to climate variations’ – Dr Pollard

Dr Robert DeConto has a background in geology, as well as climate science and ice-sheet modelling. During his acceptance lecture, on receiving the ‘Tinker-Muse Prize for Science and Policy in Antarctica’ in 2016, he spoke of the people and events that shaped his worldview. In 2001 he attended his first SCAR (The Scientific Committee on Antarctic Research) meeting and was inspired by scientists from many disciplines and nationalities coming together to study Antarctica. Later he co-founded the SCARACE (Antarctic Climate Evolution) and then the SCAR-PAIS (Past Antarctic Ice Sheet dynamics) programmes. Dr DeConto also spoke about the thrill of being in the field for the first time, and now encourages his students to take any opportunity to visit Antarctica ‘to get on the ice and do work.’ 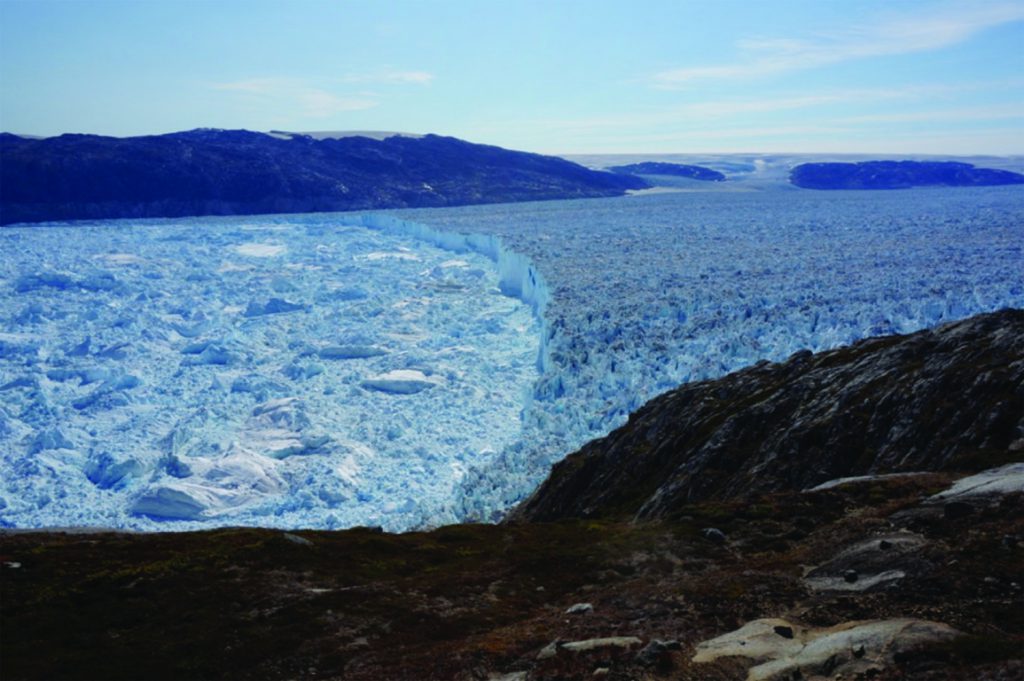 In 2003 and 2008, Drs Pollard and DeConto published two papers in the journal Nature describing the results of modelling studies of Antarctic and northern hemisphere ice sheets. The models showed that the most important factor explaining the onset of glaciation was a drop in atmospheric CO2 concentrations. The long-term goal of these modelling studies is to define threshold values of temperature and CO2 that trigger the birth and death of ice sheets.

Computer models are at their most powerful when validated by real-world data. In terms of the Antarctic ice sheet, the start of the multinational ANDRILL (ANtarctic geological DRILLing) programme in 2006 was therefore of great importance. The main aim of ANDRILL is to drill down into the sediments surrounding the Antarctic ice sheet, and so back in time, to reveal the scale and frequency of glacial and interglacial change in the Antarctica.

‘We wrote an integrated proposal from the start, showing how the modelling and the geological data from ANDRILL wove together,’ says Dr DeConto. At the same time, they were improving their ice-sheet model. ‘Suddenly we had a way to parameterise the amount of ice going out through the grounding line into the floating ice shelf. This was a big step forward for us.’ The grounding line is the point where the ice sheet leaves the land mass and starts to float on the ocean. The models show that declining CO2 leads firstly to the growth of land ice. If the ice sheet becomes big enough to reach the ocean, this results in the expansion of floating ice shelves and the advance of grounding lines across the ocean floor.

In a 2009 publication in Nature, entitled ‘Modelling West Antarctic ice sheet growth and collapse through the past five million years’, Drs Pollard and DeConto included coupled ice sheet and ice shelf dynamics in their model for the first time. The repeated surges in glacial extent and occasional collapses in the ice sheet simulated by the model were consistent with the new data from ANDRILL. 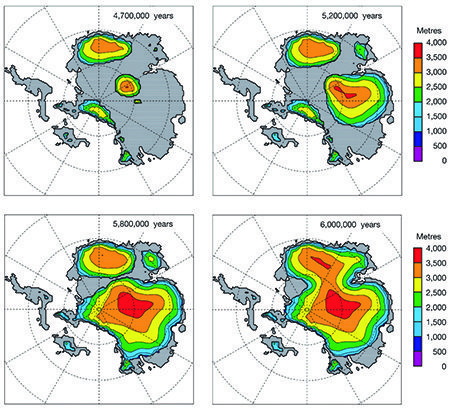 Floating ice shelves are important because they hold back and slow down the flow of land ice into the oceans. If the ice shelf is suddenly lost, the ice sheet at the grounding line is exposed and ice loss is accelerated. Although the loss of an ice shelf does not significantly raise sea levels because it is already floating, the ensuing loss of land ice can considerably raise sea levels.

After a series of studies focusing on how an ice-free world changed into one containing extensive ice sheets, the team turned their attention to past global warming events. ‘We began the first part, of at least my career, trying to grow the ice sheet, and the next 12 years trying to destroy it with the models,’ explains Dr DeConto.

Studies of ice retreat in the past have shown that the Antarctic ice sheet is sensitive to climate change. It was a primary contributor to sea level rise, for example, during the relative warmth of the Pliocene epoch (around 3 million years ago) and in the last interglacial period (130,000–115,000 years ago) when the geological record suggests the oceans were 10–30 metres and 6–9 metres higher than present, respectively.

When climate and ice sheet models do not agree with the geological data (e.g. sea level height or isotope data for atmospheric conditions), then refinements are made to the models. A study published in 2015 by Drs Pollard and DeConto, along with their colleague Richard Alley describes the addition of ice retreat mechanisms – hydrofracturing and ice cliff failure – to the Antarctica ice sheet numerical model. This resulted in the model being able to much better simulate high sea-level stands in past epochs characterised by climate conditions warmer than today.

Hydrofracture occurs when pools of meltwater or rain drain through cracks, causing fissures in the ice shelf. This escalates until the floating ice breaks up. The destabilisation and loss of ice shelves in turn leads to ice cliff failure, in which newlyexposed sheer ice cliffs, rising 100 metres or more above the sea surface, become unstable and repeatedly crash down under their own weight. Both processes speed the loss of ice from ice sheets. This type of ice shelf collapse has been observed recently in both the northern and southern hemispheres due to unusually warm conditions, for example, on Antarctica’s Larson B ice shelf in 2002.

In effect, these ice retreat mechanisms enable computer models to take into account the warmer air, caused by high levels of CO2 and other greenhouses gases in the atmosphere, which accelerates hydrofracture and ice cliff collapse. Previous models had largely focused on the warming of the sea and its effect underneath the floating ice shelf.

Around 65% of the Earth’s freshwater is held in the Antarctic ice sheet (equivalent to about 58 metres of sea-level rise). Even a small percentage of ice sheet melt off the land could result in dangerous levels of sea level rise. Previous estimates of sea level rise, for example from the UN Intergovernmental Panel on Climate Change (ICPP), have incorporated only a minimal contribution from the Antarctic ice sheet, but this may have to change.

From their experience of looking at the values for CO2 and temperature that have triggered ice retreat episodes in the past, Drs Pollard and DeConto are now working out the thresholds for a catastrophic collapse of the Antarctic ice sheet in the future. Their paper, entitled ‘Contribution of Antarctica to past and future sea-level rise’, in which hydrofracture and ice cliff failure were incorporated into the model, predicted sea level rises well beyond those in reports by the IPCC.

The good news is that if greenhouse gas emissions are reduced quickly enough to limit average global temperature rise to no more than 2°C above pre-industrial levels, then the model shows that there will be little or no sea level rise from Antarctic ice sheet melt. This requires aggressive mitigation strategies (such as the IPCC’s RCP 2.6 emissions reduction scenario). However, with a continued and unabated (‘business as usual’) growth in greenhouse gas emissions, the model predicts that the retreat of the Antarctic ice sheet alone could result in sea level rises of 1 metre by 2100 and more than 15 metres by 2500. Taking into account other factors, such as melting from the Greenland ice sheet and the thermal expansion of seawater, coastal cities could be threatened with sea level rise of up to 2 metres by the end of the century.

The model confirms that over time atmospheric warming becomes the main driver of floating ice sheet loss, rather than the impacts of ocean warming. It also suggests that once started, ice shelf collapse will be essentially irreversible, because ice formation will not be possible until the oceans cool down again, and this could take thousands of years.

‘We simulate as much as one metre of sea level rise coming from Antarctica in the course of a century, which is more than other models. This is where we are going: to continue to refine the modelling tools and to try to determine the validity of the results,’ says Dr DeConto.

Dr Pollard also has clear ideas where the research is heading: ‘We will collaborate with colleagues to produce local sea-rise impact analysis tools using our future Antarctic projections as inputs, develop more physically-based models of drastic ice retreat mechanisms, and apply our ice sheet model to past ice ages in the northern hemisphere.’ 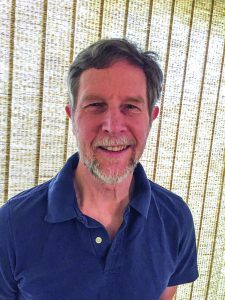 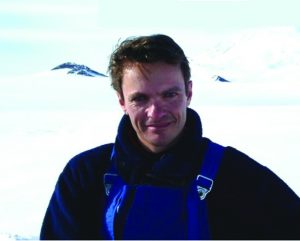 Dr David Pollard is a Senior Scientist in the Earth and Environmental Systems Institute at Pennsylvania State University. He obtained a degree in Mathematics from Cambridge University in 1973, and a master’s in Aeronautics in 1974 and a PhD in planetary meteorology in 1979 from the California Institute of Technology. Following postdoctoral work at Caltech and Oregon State University in Corvallis, he worked from 1983 to 1988 as a commercial software developer. He then re-joined academia, working on global climate models at NCAR in Boulder, Colorado. In 1997 he moved to the Pennsylvania State University, where he continues research in climate and ice sheet modelling.

US National Science Foundation
US National Oceanic and Atmospheric Administration