Renewable biofuels are a carbon-neutral alternative to fossil fuels, but they have their own complications. One problem is that growing and harvesting crops for biofuel depletes soil of valuable nutrients. To mitigate this, a byproduct of making biofuel – known as biochar – can be added back into the soil to sustain its quality. Dr Dedrick Davis at Alabama A&M University has set out to determine how biochar might affect soil’s physical properties, especially with regards to the movement of heat and water.

Topsoil plays a far more crucial role in agriculture and the environment than most people might think. Even though topsoil holds little of the Earth’s water supply, it acts as an important boundary between the ground and our atmosphere. As such, processes going on in soil can have farreaching effects.  One of those processes is the movement of heat and water through soil, which is the focus of Dr Dedrick Davis’ work at Alabama A&M University. ‘The heat and water transfer processes are intertwined and scientists refer to this process as coupled heat and water transfer,’ Dr Davis explains.

The coupled transfer of heat and water in soil is driven by fluctuating temperature and radiation throughout the course of our 24hour day. During the night, the soil’s surface cools and causes heat to transfer upwards into the air. Deeper, cooler water also moves up with this heat and rewets the soil. In the morning, the sun starts to warm the ground, vaporising the water on top of the soil, and this evaporation also releases heat into the atmosphere. ‘As a result of the temperature gradients that develop in response to heat transfer, water transfer occurs in both the liquid and vapor phases,’ explains Dr Davis.

This cycle controls things going on near the soil surface. In a paper published in the Soil Science Society of America Journal in 2014, Dr Davis and his colleagues explain the importance of these processes: ‘The temperature fluctuations and water contents that result from the coupled transfer of heat and water in soil are important for all physical, biological, and chemical processes that occur near the soil surface.’ There are many examples of these processes. For instance, the amount of water present in soil and the soil temperature affects microbial activity, which is important for breaking down organic material. Microbes are also known to degrade pesticides. Other examples are seed germination and plant growth, which heavily depend on both soil temperature and moisture. 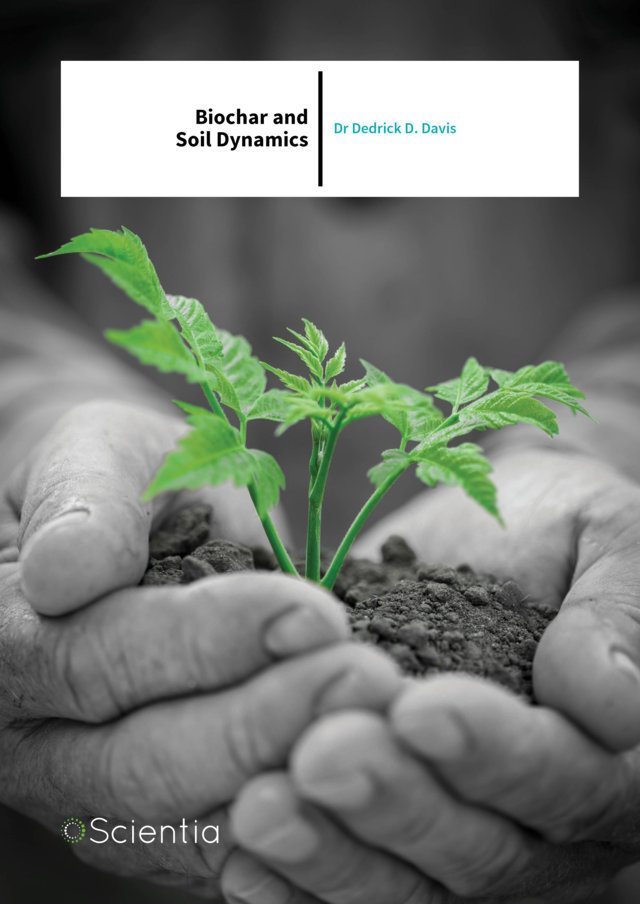 ‘The project will enhance ongoing research in biochar amended soils and will help to further establish a fundamental basis for the use of biochar as a soil amendment and as a potential tool for climate change mitigation.’ 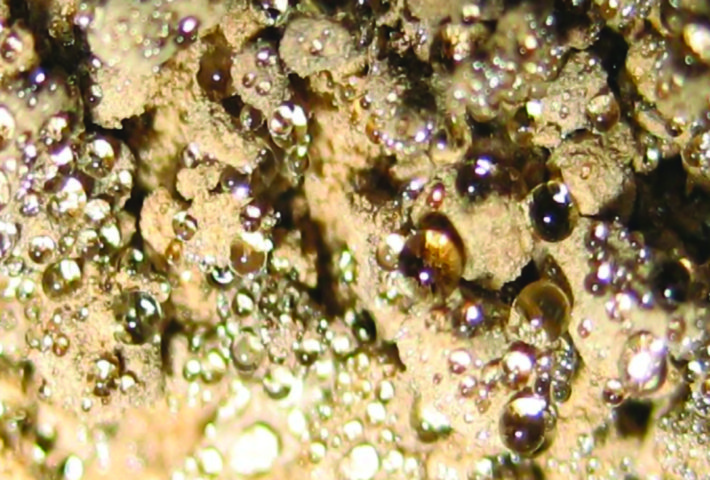 Many factors influence the movement of heat and water through soil, thereby affecting rates of evaporation near the surface. For example, Dr Davis and his colleagues have found that a soil’s wettability – the ability of a soil to take in water – can affect how heat and water will move through it. 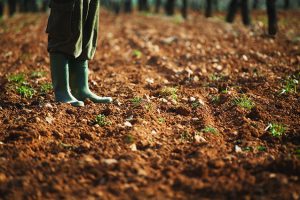 To figure this out, the researchers used heatpulse sensors to measure soil temperature, water content, thermal conductivity and thermal diffusivity in ‘closed soil cells’. These cells contained sand and silt loam soils that were either in their natural, wettable, state or in an artificially-induced hydrophobic (or water-repellent) state. To make these soils become hydrophobic, the scientists added dichlorodimethylsilane (DCDMS) – a chemical agent often used to create coatings that repel water and prevent it from being absorbed into a material. Using heat exchangers, the team applied temperature gradients to each of the soil cells for 28 days. Heat-pulse sensors that they placed at different depths measured nonlinear temperature distributions in response to the temperature gradients applied to both the wettable and hydrophobic soils. However, with regards to water transfer, the two types of soil did not behave the same. Using these sensors, the team was able to measure that water transfer in the water-repellent silt loam was reduced by 56% compared with its wettable counterparts. This led the scientists to conclude that water vapour transfer would thereby be lower as well.

Their findings, which they published in 2014 in the Soil Science Society of America Journal, have real-life implications. Water repellency in soils can affect how well plants grow or how quickly water can infiltrate into soil. In the latter case, probably the best-known example is a flash flood, which is triggered due to the retardation of water infiltration in a soil such as desert sands after a hard rain. Another important implication for Dr Davis is that the processes occurring near the soil surface – such as soil water evaporation – are also altered.

This study was also important in that it honed the methodology and experimental setup he would use in future work funded by the USDA National Institute of Food and Agriculture Evans-Allen program. This program, established in 1977, provides funding for food and agricultural research at 1890 land-grant institutions and aims to improve stewardship of natural resources and improve crop diversity, among other goals.

Biochar – How Does It Really Affect Soil?

Since changing a soil’s characteristics can alter the coupled transfer of heat and water, agriculturalists need to be careful about any alterations that they may make to the soil or amendments that they may apply to the soil. One such soil amendment that captured Dr Davis’ attention was biochar, the focus of his Evans-Allen proposal.
Biochar is a by-product of pyrolysis, a process used in the production of biofuels. During pyrolysis, any number of types of organic or plant dry biomass (also known as ‘lignocelluloses’) – such as weeds, plants, lumber waste, crop residues and manure – is heated in the absence of oxygen. Pyrolysis basically speeds up the decomposition of biomass and produces gases (known as syngas) and bio-oils (used for fuel), along with biochar. 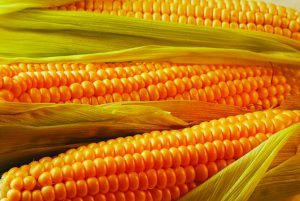 Biochar is a rich, black and charcoal-like substance – hence the name, which is derived from the words biomass and charcoal. This by-product can increase the retention of nutrients in soil and improve the soil’s water holding ability. Biochar has also been touted as important for reducing carbon dioxide in the atmosphere, and thus mitigating climate change. This is firstly because biofuel crops absorb carbon dioxide as they grow, and when biochar is created during the processing of these crops, carbon in the biomass is transformed into more stable forms. If added to soil, this carbon can remain captured in the soil for thousands of years. Secondly, reducing our reliance on fossil fuels (carbon positive) by replacing them with biofuels (carbon neutral) will help to reduce our carbon dioxide emissions. Therefore, if adding biochar to soil solves some of the problems associated with growing biofuel crops, it will play a dual-role in mitigating climate change.  Despite these benefits, little is known about how biochar might affect the coupled movement of heat and water in soil, and this is the current focus of Dr Davis’ research.

Dr Davis first worked with biochar on a collaborative project at Iowa State University. ‘I was responsible for making soil physical property measurements such as bulk density, saturated hydraulic conductivity, surface area, and soil water retention,’ he tells us. ‘This study was the first in which I worked with biochar and where my interest in biochar began.’ Today, his ongoing project has four components, or objectives, in determining how biochar affects soil. First, he wants to measure how biochar affects the ability of soils to retain water. As mentioned earlier, the amount of water that soil can hold is a crucial factor for processes such as crop growth. Dr Davis hypothesises that biochar increases the amount of water that can be retained.

Secondly, Dr Davis and his team aim to determine how biochar affects soil thermal properties and heat transfer in soil. The third objective is to measure water and temperature redistribution in soils that have been amended by biochar. The fourth and final component is to see how biochar affects soil water evaporation. In all of these experiments, the researchers will use different soil types to see how biochar changes their properties. Dr Davis hopes that the Evans-Allen project will help increase our understanding of using biochar, towards efforts to mitigate climate change. 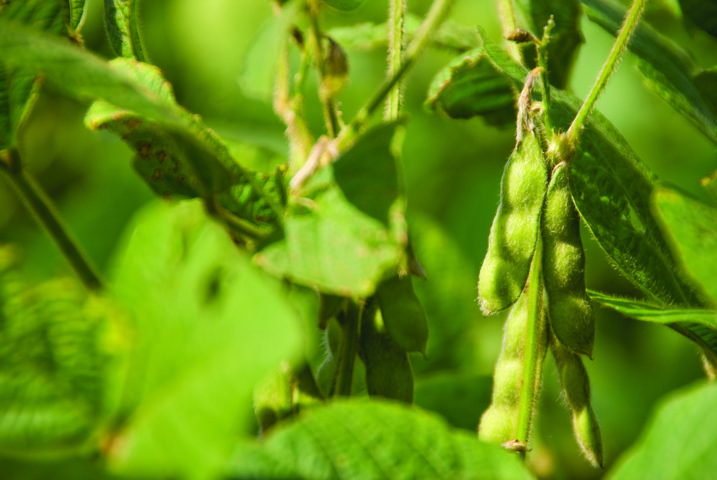 ‘The next steps for my work are to extend it to the field,’ says Dr Davis. He explains that most studies on the impact of biochar on soil have been limited to the laboratory. Therefore, its impact on heat and water transfer near the soil surface in a real-world setting is not fully understood.

For the next phase of his research, Dr Davis will evaluate the impact of biochar on heat and water movement near the soil surface in the field. In this project, they will use the expertise and methods they have been building on for the last few years in the laboratory. For their study site, they have chosen the Winfred Thomas Agricultural Research Station in Haze Green, Alabama. The station is located in the northern part of Alabama in the Tennessee Valley region – a significant crop and poultry growing area. They hope to begin their experiments here in the spring of 2017.

For these plot scale experiments, Dr Davis will make near surface measurements of soil water content and soil temperature. Each plot will be given a slightly different treatment. For each plot, different amounts of biochar will be applied and incorporated to a depth of 15 cm. All plots will initially be planted to soybeans and rotated with corn.

In addition to measuring soil water content and temperature near the soil surface, Dr Davis will also make measurements of time variable soil physical and hydraulic properties such as bulk density and soil water infiltration. The results of this significant field study should increase our understanding of how biochar affects soil physical properties and soil physical quality. Dr Davis emphasises that the ‘project will enhance ongoing research in biochar amended soils and will help to further establish a fundamental basis for the use of biochar as a soil amendment and as a potential tool for climate change mitigation.’ 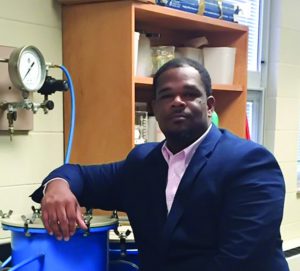 Dr Dedrick Davis is currently Assistant Professor of Soil Physics at Alabama A&M University, where he conducts research, advises graduate students and teaches courses such as soil physics and scientific writing. In 2012, Dr Davis received his PhD in Soil Science and Environmental Science from Iowa State University, after obtaining his MS degree from there in 2005. His research focuses on measuring and characterising soil physical properties and quantifying soil physical processes using field experiments, laboratory experiments, and novel measurement techniques. Specifically, Dr Davis is interested in coupled heat and water transfer and soil water retention in soil. He is a member of the Soil Science Society of America and the American Society of Agronomy, among others, and participates in several outreach programs that encourage the participation of underrepresented students in STEM.