Prostate cancer is a leading cause of male cancer deaths worldwide, with one man in every seven likely to contract the disease during his lifetime. As late-stage prostate cancer remains a fatal disease resistant to conventional treatment, the need for effective new therapies is dire. Dr Douglas McNeel, a Professor of Medicine in the Haemato-Oncology Division of the University of Wisconsin’s Carbone Cancer Centre, has been working to meet this need. His team’s goal is to identify specific proteins of the prostate that could be used to generate anti-tumour vaccines, and then evaluate the best means to deploy these vaccines to treat prostate cancers.

The Immune System and the Search for Prostate Cancer Antigens

Conventional treatments for prostate cancer include chemotherapy, radiotherapy, and strategies to decrease circulating levels of androgens (male sex hormones including testosterone) – which feed cancer cells. In metastatic castration-resistant prostate cancer, conventional drugs are of limited efficacy: the cancer soon develops resistance to treatment, causing death. Thus, the advent of immunotherapy drugs, which exploit the ability of the body’s own immune system to fight cancer, constitutes a welcome advance in combating this disease.

Immunotherapy works by activating immune cells to recognise cancer tissue as different from normal body cells. Cancerous cells carry a specific protein marker on their surface, called an antigen, which the immune system recognises and attacks. T and B cells (also known as lymphocytes) are the main players in recognising and destroying such cells.

B-cells (which mature in the bone marrow) are characterised by a surface protein called the B cell receptor. They make Y-shaped proteins called antibodies that stick to antigens on the surface of cancer cells, creating cancerous clumps that other immune system cells then destroy. The antigen-antibody reaction is direct but the B cell does not itself interact directly with the target. An antibody does not recognise the entire protein antigen but rather a small (5–6 amino acid) section of it, called an epitope. Thus, for example, the human prostate-specific (PSA) antigen, which is 240 amino acids long, could carry several epitopes.

T-cells (so-called because they develop in the thymus) are characterised by their surface T cell receptors (TCR). Like B cells, they recognise antigens expressed by cancer cells. However, they can kill cancer cells directly. The killing is carried out by a subset of T cells called cytotoxic T cells, killer T cells, CD8+ cells –or simply T8 cells. A T8 cell will only attack an antigen that is presented to it by another cell of the immune system, known as an antigen presenting cell (APC). The interaction involves yet another protein known as MHC, a membrane-bound molecule found on the surface of the antigen-presenting cell and by tumor cells. The function of MHC is to display ‘foreign’ or abnormal antigens, including cancer-specific antigens, so that T cells can recognise and destroy cells that contain these antigens.

‘Ultimately we would like to intervene with a therapy early in the course of disease to eradicate the cancer and spare men the side effects of testosterone-lowering therapies – therapies that are rarely curative.’

Antigens specific to prostate tissue include PSA, prostatic acid phosphatase (PAP), and prostate-specific membrane antigen. These three proteins constitute the target of most cancer immunotherapy drugs. Early on in his research, Dr Douglas McNeel, currently based at the University of Wisconsin’s Carbone Cancer Centre, identified and prioritised three potential target antigens with complementary features for vaccine development and clinical diagnosis: 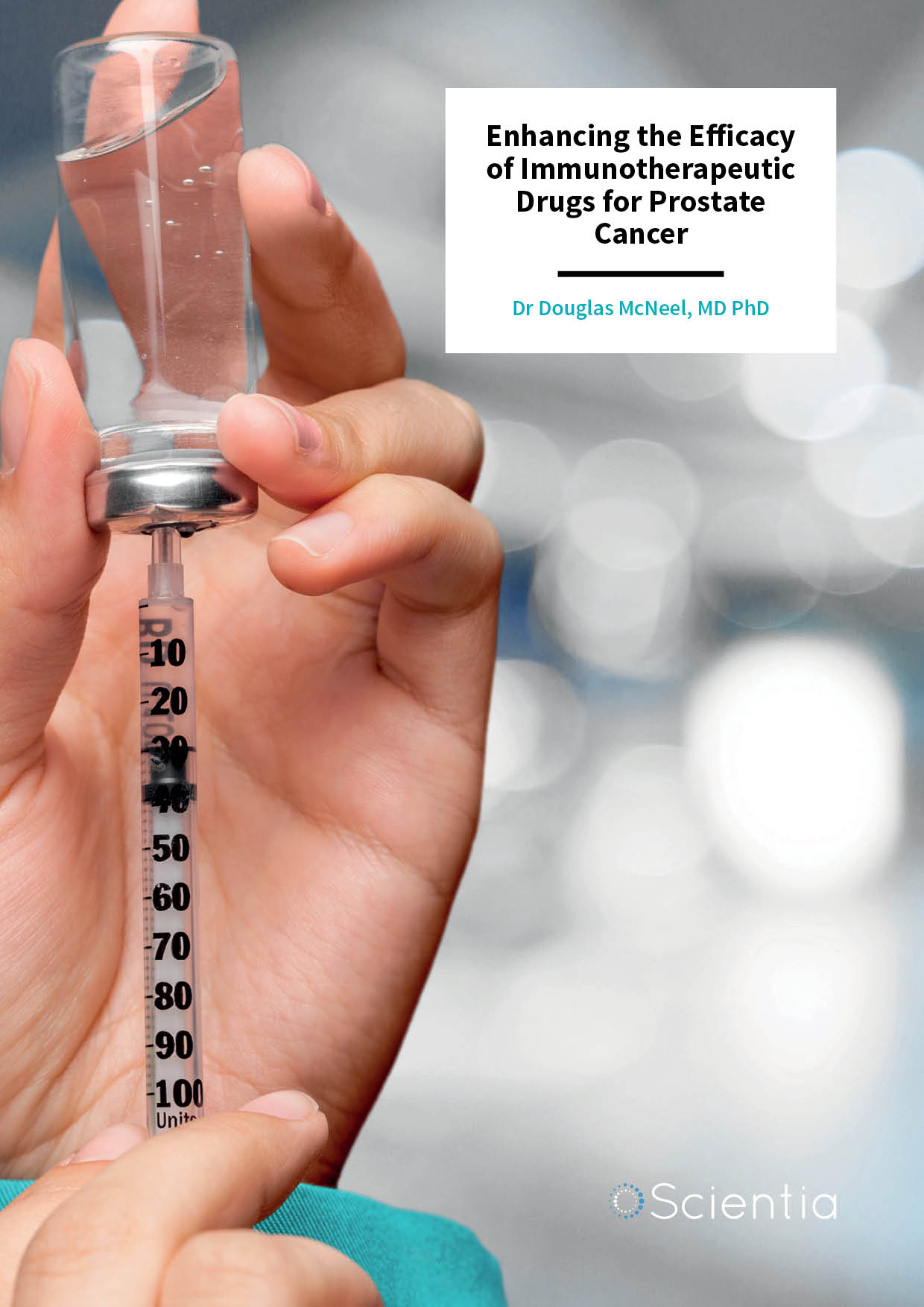 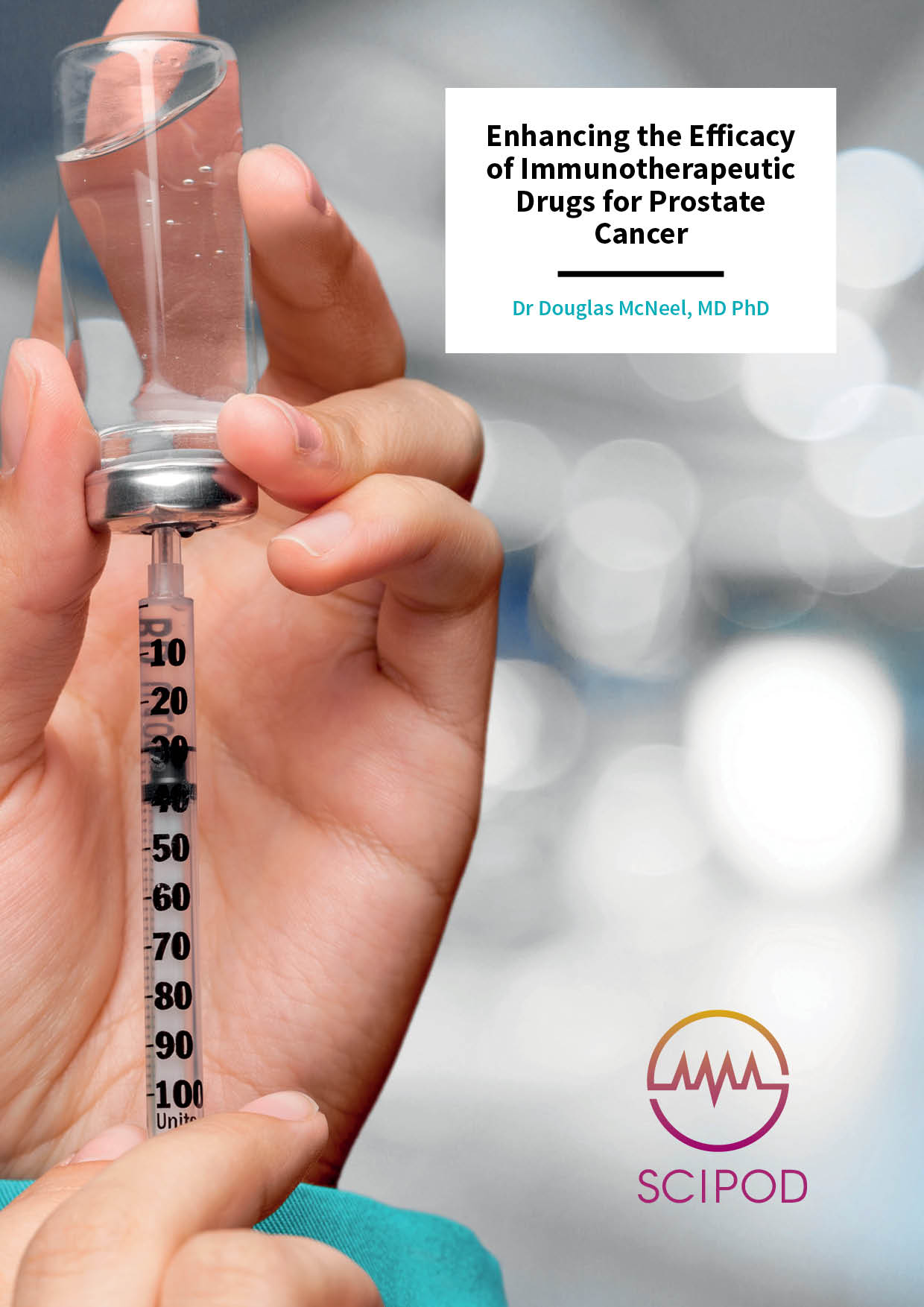 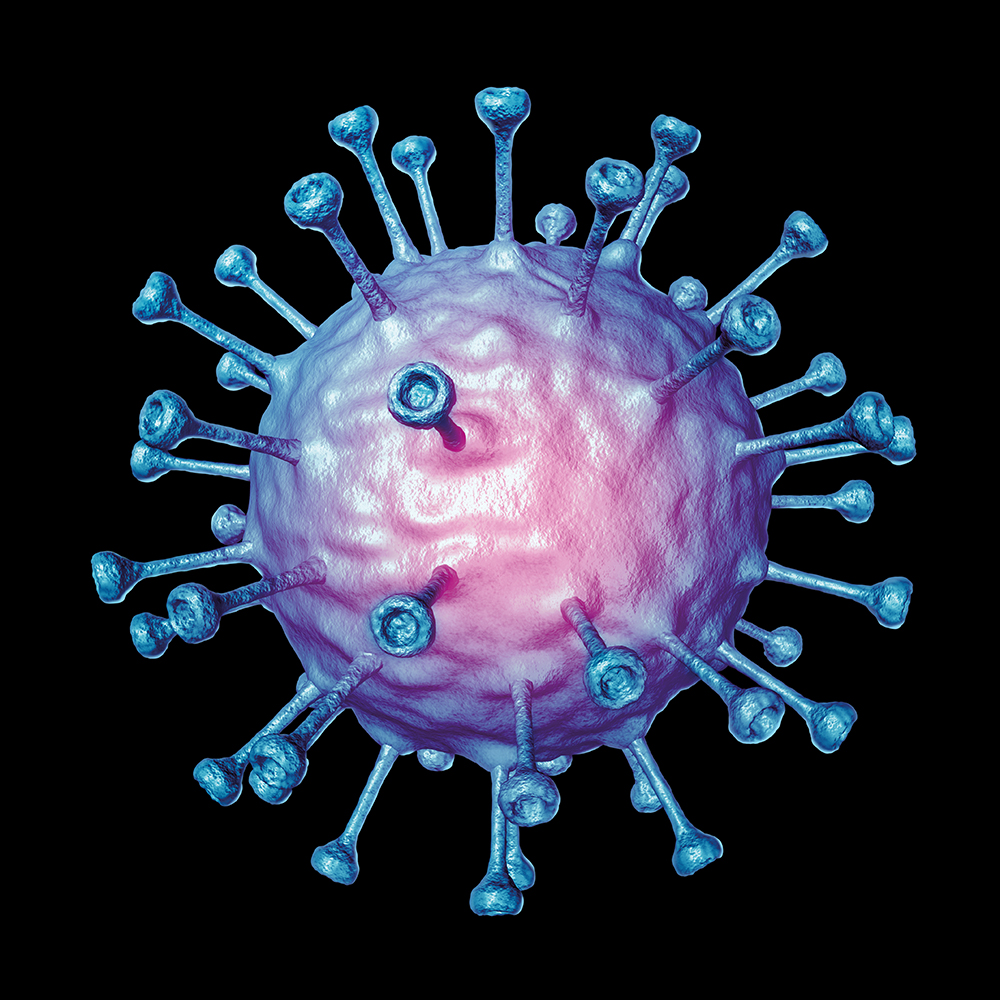 The Role of Checkpoint Inhibitors

CTLA-4 and PD-1 are protein molecules found on white blood cells. Known as immune checkpoint molecules, they suppress the disease-fighting action of the immune system and are useful for preventing collateral damage to healthy tissue. Scientists have discovered that blocking the action of these proteins (called a checkpoint blockade) releases the ‘brakes’ on the immune response, stimulating anti-cancer activity. The antibody-based drugs ipilimumab and pembrolizumab, which block CTLA-4 and PD-1, respectively, gained rapid FDA approval due to their remarkable effects against metastatic melanoma and a variety of other cancers. However, checkpoint blockade was relatively ineffective against prostate cancer. Dr McNeel postulated that combining immune checkpoint blockade with vigorous T8 cell activity would constitute a necessary and effective method of combating prostate cancer. 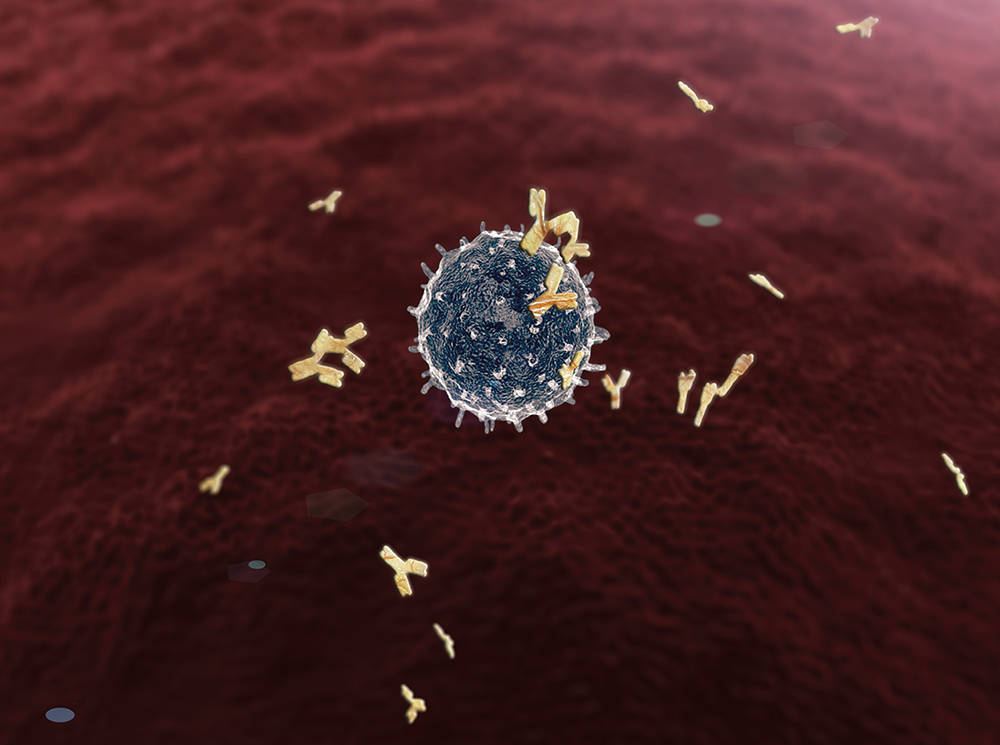 In an impressive series of publications, Dr McNeel and colleagues reported that a PAP-based vaccine which his laboratory had developed was able to trigger a robust, long-lasting, and specific killer T cell response against prostate cancer, first in rodent models and then in human patients. Other investigators had conducted vaccine trials, but the McNeel lab trial was the only one to progress beyond Phase 1 in clinical trials using DNA vaccines. A critical finding for the lab was that, despite the presence of killer T cells with durable immunity, the cancer persisted. This anomaly provided the impetus for further investigations into the mechanism whereby cancerous prostate cells were evading the elicited immune response against them.

The goal of anticancer vaccines is to generate a pool of tumour associated antigen-specific T cells, including killer T cells. In order to investigate ways in which prostate cancer cells could escape immune surveillance, Dr McNeel and colleagues developed a DNA vaccine based on the cancer-associated SSX-2 protein. After using it to vaccinate mice that had been genetically engineered to produce human immune system proteins, they found not only an increased killer T cell response but also that the tumours were expressing a protein called PD-L1. As a rule, PD-L1 is expressed on the surface of normal (non-cancerous) cells: when PD1, carried on T cells, binds to PD-L1 on normal cells, the interaction shuts off the immune response. By expressing PD-L1 on their surfaces, the cancer cells were mimicking normal cells and succeeding in avoiding the immune mechanism that would eliminate them.

The McNeel group also found that modifying a T8 cell epitope to permit longer contact between the antigen-presenting cell and the T cell led to persistent expression of PD-1 on T8 cells. These findings were highly significant in explaining the inferior anti-tumour immunity arising from high-affinity epitopes that others had similarly reported, and also shed light on the mechanism of checkpoint blockade drugs. Although others had found similar results with high-affinity epitopes, Dr McNeel and colleagues were the first to implicate the expression of immune checkpoints as the specific cause.

When the McNeel group blocked PD-1 expression, the T8 cells recovered their tumour-killing efficacy in both the mouse model and human patients. Thus, combining vaccine treatment with an antibody blocking PD-1 fought the cancer much more efficiently than treatment with either vaccine or anti-PD1 alone, as predicted.

The results of this experiment also presented a simple, quantitative approach to identifying tumour cell expression of PD-L1: far more convenient and less invasive than the previous gold standard of tumour biopsy, evaluating circulating tumour cells obtained from blood samples for PD-L1 expression is a useful method for monitoring the effects not just of anti-tumour vaccines but also of any therapy, such as conventional radiation therapy, that might affect tumour-associated lymphocytes. 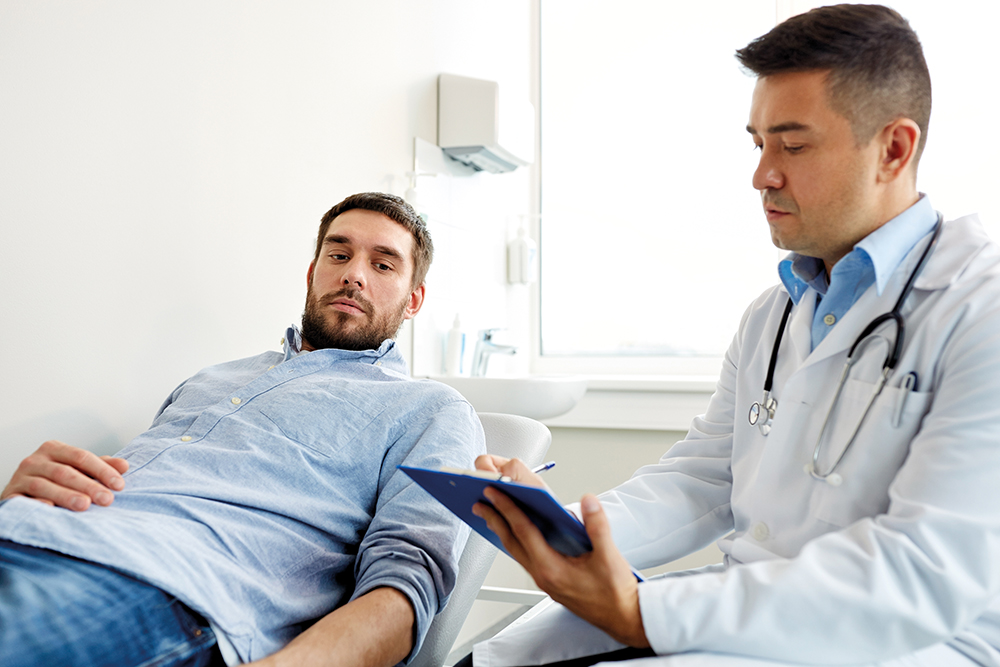 Dr McNeel’s work has provided ground-breaking insights into important aspects of the immune system as well as the mechanisms of immunotherapeutic action. For example, his finding that T8 cells express PD-1 in the absence of cancer or pathogen challenges the paradigm that this protein characterises T cell ‘exhaustion,’ appearing instead to constitute a marker of a distinct state of differentiation. Dr McNeel has pioneered the combination of an anti-tumour vaccine with PD-1 blockade in a clinical trial – the first report involving a DNA vaccine. Furthermore, he has shown for the first time that the strength with which a T8 cell binds its MHC-linked antigen (as presented by an antigen-presenting cell) is proportional to the amount of PD-1 expression. What this means for therapy is that genetically modifying antigen epitopes to lessen T cell: APC binding strength is a potential strategy for circumventing the immune avoidance tactics of cancer cells masquerading as normal cells by expressing PD-L1: with PD1 expression blocked on the T8 cell, there will be nothing for the rogue cell’s PD-L1 to bind to.

While Dr McNeel’s research has shed light on several aspects of immunotherapy, many questions remain unanswered. It is now of critical interest to determine whether it is more advantageous to use multiple vaccines to broaden the attack on the cancer, to test this approach in patients who are at earlier stages of the disease, and to identify the further mechanisms of tumour resistance to CD8+ cell attack. Dr McNeel notes that, ‘Ultimately we would like to intervene with a therapy early in the course of disease to eradicate the cancer and spare men the side effects of testosterone-lowering therapies – therapies that are rarely curative.’ 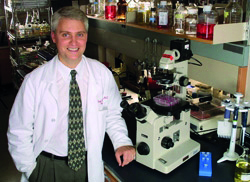 Douglas G McNeel, MD PhD, is a tenured Professor in the Department of Medicine, Division of Hematology/Oncology, at the University of Wisconsin-Madison. After receiving his BA in Chemistry and Music at Whitman College in 1986, he then pursued graduate training under a Medical Scientist Training Award at the University of Chicago, receiving his PhD (Biochemistry and Molecular Biology) in 1992 and MD in 1994. He then completed an Internal Medicine residency at the University of Washington and a Medical Oncology fellowship at the University of Washington and Fred Hutchinson Cancer Research Center. During his fellowship training, he worked in the laboratory of Mary (Nora) Disis, MD, prior to moving to the University of Wisconsin-Madison as an Assistant Professor in 2001. Dr McNeel is a genitourinary oncologist with a clinical focus on prostate cancer. His laboratory and clinical research programs are focused on prostate cancer immunology with the goal of developing anti-tumour vaccines as treatments for prostate cancer. This work has led to the publication of over 100 scientific articles, multiple patents, and the initiation of a company, Madison Vaccines, Inc, focused on the clinical development of prostate cancer vaccine therapies. He served as co-leader of the Experimental Therapeutics Program of the University of Wisconsin Carbone Cancer Center, and is currently the Director for Solid Tumor Immunology Research. Dr. McNeel is a member of multiple professional societies, and is on the Board of Directors of the Society for the Immunotherapy of Cancer, the leading professional society focused on cancer immunotherapy. 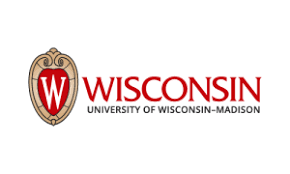