May 23, 2018Engineering and Tech, Social Sciences and Humanities

Semantics is the linguistic and philosophical study of meaning in human languages. Dr Floris Roelofsen, Professor at the Institute for Logic, Language and Computation (ILLC), at the University of Amsterdam, has been collaborating with some of his colleagues on a long-term research project called Inquisitive Semantics. This project is aimed at developing a new mathematical framework for representing the meaning of both informative and inquisitive sentences.

Semantics and Studying Meaning in Language

Language is the primary means of human communication, allowing people to exchange information, perspectives and knowledge. It is an incredibly powerful tool, as it can be used by human beings to interact, reason and cooperate with one another.

Semantics is the field of study that explores meaning in language from linguistic, logic and philosophical perspectives. Linguistic expressions have been extensively investigated over the years, with researchers developing numerous theoretical frameworks that outline the meaning and function of different types of language expressions.

Results derived from semantics studies can have a number of practical applications, for instance in computer science, where they can offer insight for the development of new programming languages, dialogue systems, automated reasoning, and other technological tools.

So far, most semantics research has focused on exploring a particular aspect of the meaning of statements, known as their truth-conditions, which specify under what circumstances a statement is true and under which it is false. This notion of meaning has proved particularly useful both in linguistics research, which tends to primarily explore the use of language in communication, and logic, which focuses on language in the context of reasoning. 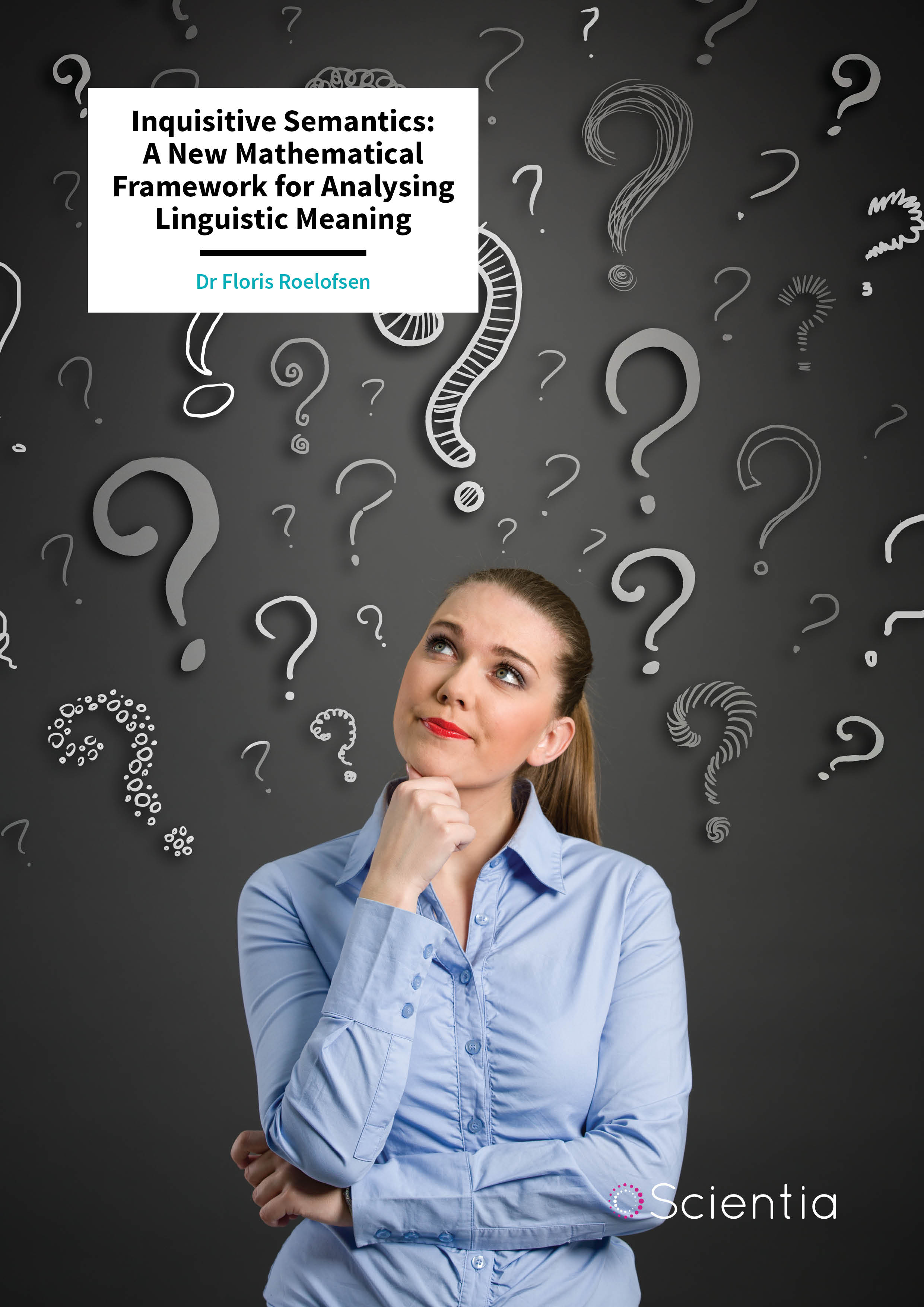 ‘Over the last couple of years, we have developed a new way of thinking about sentence meanings, and of representing them within a mathematical framework, which can deal with statements and questions in an integrated way.’ 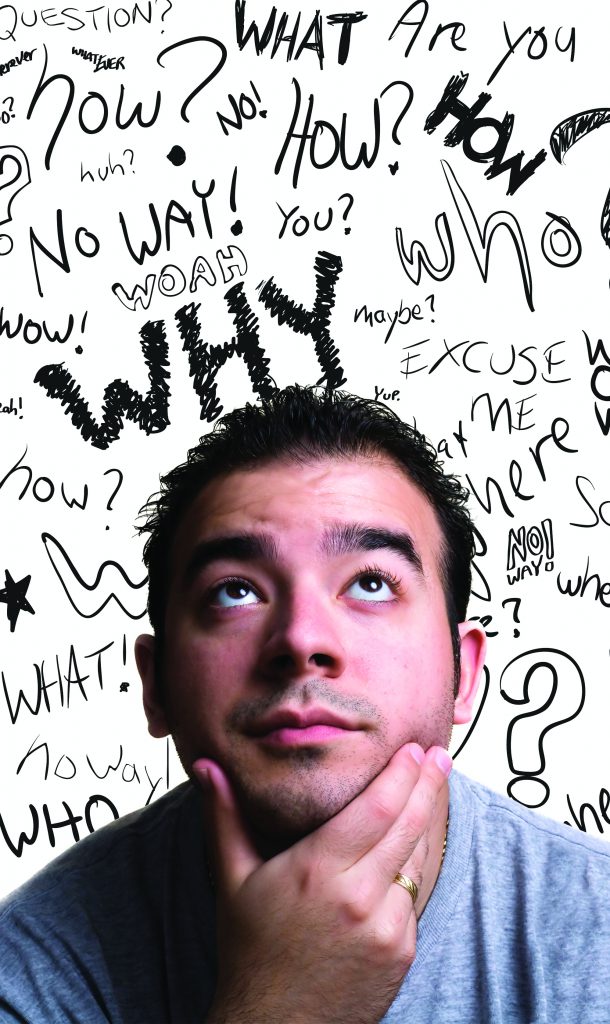 However, this truth-based theoretical principle has a fundamental shortcoming: while it is helpful in analysing assertions, it does not apply to other types of sentences, such as questions. Therefore, Dr Floris Roelofsen and his colleagues at the University of Amsterdam have been developing a new framework that can adequately represent the meaning of both declarative and inquisitive sentences.

‘Everyday people hear sentences that they’ve never heard before, and usually, they effortlessly decipher the meaning of these sentences,’ says Dr Roelofsen. ‘This is because they know the meaning of the words that the sentences are made up of, and they know, subconsciously, how to construct the meaning of complex sentences from the meanings of its individual pieces. One of my main interests is to come to a better understanding of this process by developing a mathematical model of it.’

A Framework that Applies to Questions

‘Questions are not normally thought of as being true or false,’ explains Dr Roelofsen. ‘Therefore, the scope of truth-based semantic theories is severely restricted.’ This limitation of truth-based theories has led most semantics researchers to treat statements and questions as two different things, each with distinct notions of meaning.

Dr Roelofsen’s research, however, is based on the idea that questions and statements cannot be adequately understood in isolation. One of the reasons for this is that the meaning of a declarative statement often depends on the question that it addresses.

For example, the statement ‘I only read the newspaper’ would have different implications if the question asked to the speaker was ‘What did you do this morning?’ than if it was ‘What did you read this morning?’. In the first instance, it would also imply that the reader did not go to the supermarket, watch TV, or perform any other action, while in the second it would merely be concerning her reading activities.

The inability of truth-based theories to address the meaning of both questions and declarative statements inspired Dr Roelofsen to develop a new framework in which the two can be analysed together, in an integrated way. 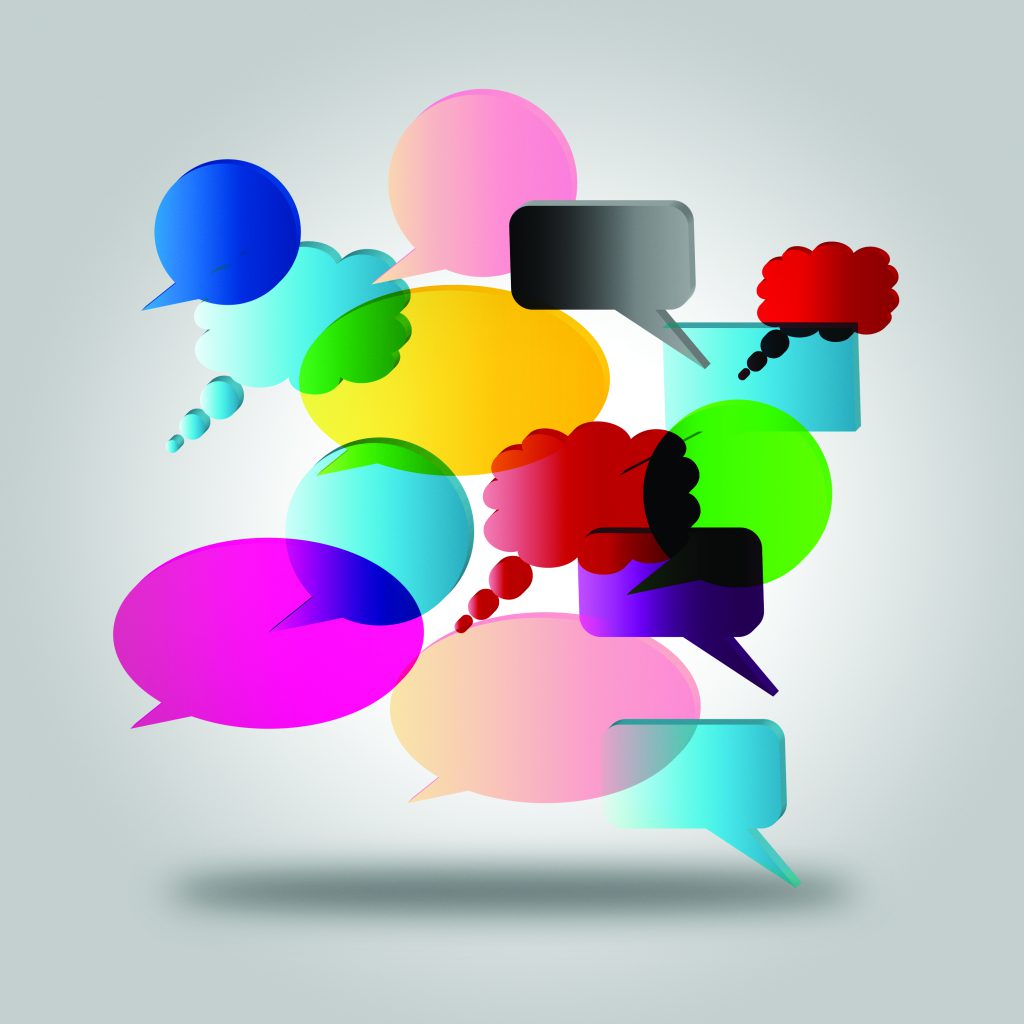 Inquisitive Semantics is a semantics framework based on a new idea of meaning, which can effectively be applied to both informative and inquisitive content. ‘Over the last couple of years, we have developed a new way of thinking about sentence meanings and of representing them within a mathematical framework, which can deal with statements and questions in an integrated way,’ says Dr Roelofsen.

Dr Roelofsen’s new framework considers a sentence as expressing a proposal to update the information established during a conversation in one or more ways. If a sentence offers two or more alternative updates it is ‘inquisitive’, awaiting a response from other speakers to establish at least one of these updates in information. On the other hand, ‘informative’ sentences express a proposition that contains only one possible update.

In other words, the proposition expressed by a sentence is regarded as a set of possibilities, each of which holds the potential for an update to the information exchanged in the conversation. For instance, if two people are having a conversation about who will be attending a social event, each sentence they speak will hold the potential for one or more updates to the pool of information currently shared in their conversation. The sentence ‘Will Anna be there?’ proposes two alternative updates, ‘Yes’ or ‘No’, while ‘Anna will be there’ proposes only one. 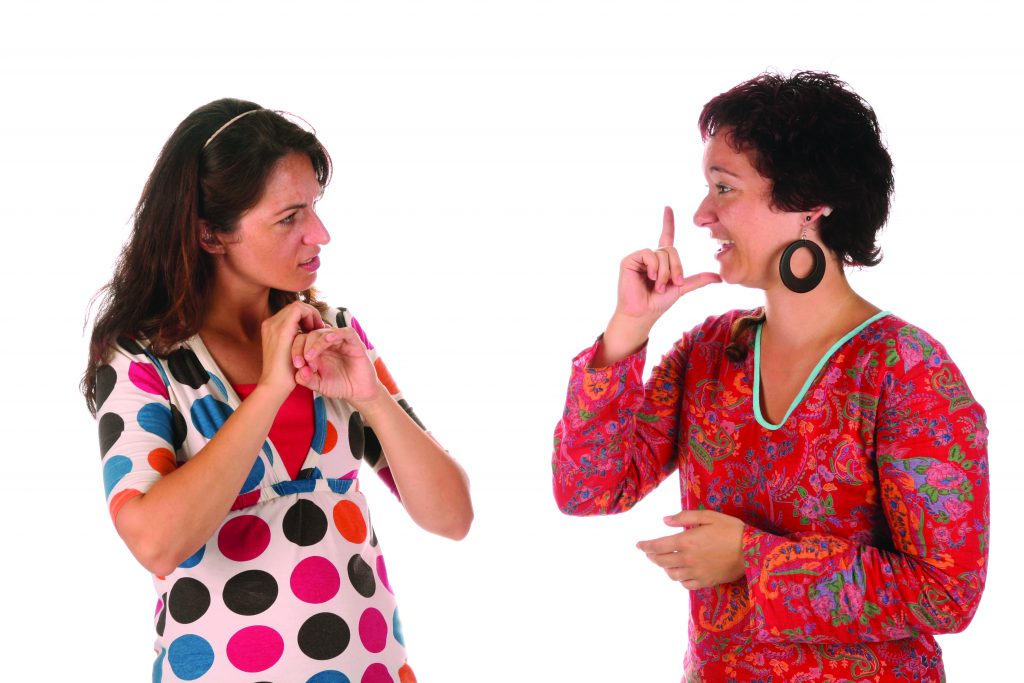 Further Steps for the Framework’s Development

Dr Roelofsen has started developing the new mathematical framework over the past few years, in collaboration with other researchers from the University of Amsterdam and other universities.

However, to attain a fully-fledged theoretical model for analysing linguistic information exchange, the researchers still need to take several important steps. Firstly, they need to gain a better understanding of how the inquisitive content of a sentence is built step-by-step from the meaning of individual words contained within it. Dr Roelofsen is currently addressing this aspect of the framework in a project called ‘Inquisitiveness below and beyond the sentence level’, funded by the Netherlands Organisation for Scientific Research (NWO).

In a document summarising the purpose of this new study, he says: ‘We now have a new way of thinking about sentence meanings. But how are such sentence meanings derived from the meaning of the words that the sentence is made up of? This requires us to look at meaning composition below the sentence level.’

As part of the NWO project, Dr Roelofsen and his colleagues are also trying to better understand how the meaning of one sentence can affect the meaning of another, by investigating the dynamics of meaning beyond the sentence level.

The Inquisitive Semantics framework has also added new concepts relevant to the field of logic, which traditionally focuses on relations between different sentences. In a project called ‘Quantification and Modality in the realm of Questions’, funded by the European Research Council (ERC), the researchers are also looking to further examine the meaning of specific ‘logical’ parts of a sentence, using the new framework they developed to broaden the scope of existing linguistic and logical theories.

The ERC project particularly looks at the meaning of connectives (for example: and, or), quantifiers (for example: every, some), and modal expressions (for example: must, might). ‘Work on Inquisitive Semantics has led to a better understanding of connectives, capturing their role in statements and questions in a uniform way,’ states Dr Roelofsen. ‘Quantifiers and modal expressions, however, have not yet received much attention. I think that in this area, too, Inquisitive Semantics has the potential to lead to substantial new insight.’ 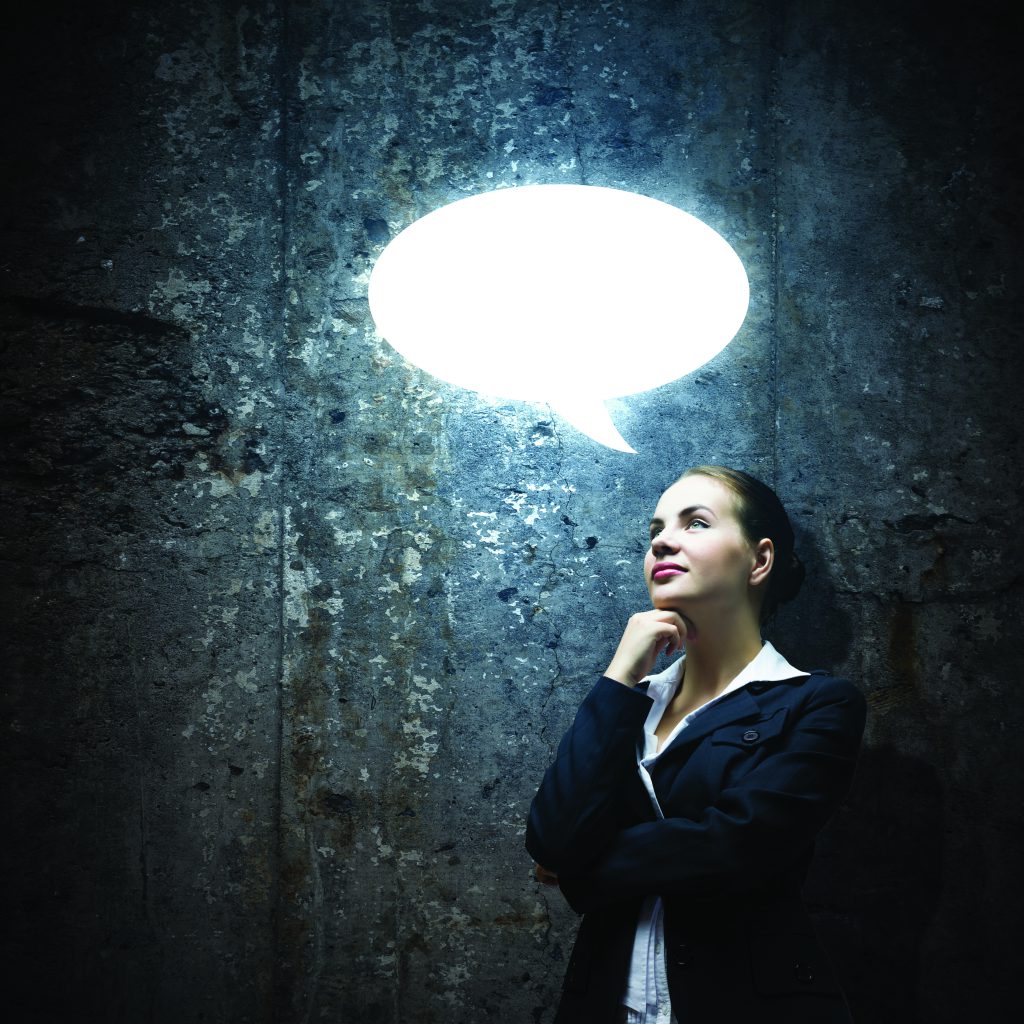 A Promising Theory of Meaning

With his work on Inquisitive Semantics, Dr Roelofsen has largely contributed to the study of semantics, developing a new mathematical framework that allows for deeper and richer analyses of information exchange through language. Unlike truth-based theories, which have so far been used in most semantics research, Inquisitive Semantics provides a notion of meaning that captures both informative and inquisitive content.

The new framework also changes some perspectives commonly adopted in the fields of logic, linguistics and pragmatics, giving rise to new concepts that differ from those presented in prior semantics theories.

‘Since this simple shift in perspective happens at such a basic level, it has repercussions for all scientific disciplines that are concerned in one way or another with meaning,’ says Dr Roelofsen. Among other things, Inquisitive Semantics could pave the way for new computational applications, for instance database systems, where it could lead to the development of techniques that support a wider range of queries than current systems. The framework could also be applied in communication and multi-agent computer systems, which are generally built on logical theories.

‘Over the next couple of years, we will further develop the Inquisitive Semantics framework and use it in a number of concrete case studies to come to a better understanding of the meaning of questions, quantifiers, modals, conditionals, and anaphora,’ says Dr Roelofsen. 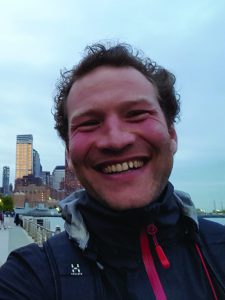 Dr Floris Roelofsen is an Associate Professor of Logic and Semantics at the Institute for Logic, Language, and Computation (ILLC), which is part of the University of Amsterdam. Dr Roelofsen holds a BSc in Mathematics and an MSc in Artificial Intelligence from Twente University, in Enschede, NL, as well as an MSc and PhD from ILLC. In recent years, Dr Roelofsen has been working on a long-term research project termed Inquisitive Semantics, which explores the meaning of questions and other inquisitive sentences. He has received multiple grants for his studies, was interviewed by Dutch and international media, and has over 35 publications in his name, including scientific papers, book chapters, and edited volumes. Dr Roelofsen has been invited to give talks and masterclasses at several prestigious academic institutes in Europe, the US and Asia, and has contributed to many conferences and workshops around the world. He is currently an Associate Editor of the Journal of Semantics, and has also been Chair of numerous international semantics conferences.