Just as human beings can catch a cold, plants can also get viral infections. Understanding the mechanisms regulating the interactions between plants and viruses is the first step towards developing better management strategies and using biotechnology methods to immunise plants and engineer genetic resistance to viruses in plants. This is the focus of research by Dr Hernan Garcia-Ruiz and his team based at the University of Nebraska, USA.

Viral diseases in plants can cause important economic losses as a result of poor-quality products and lower yield. This impact can particularly seriously affect developing countries which are more likely to be dependent on agricultural production to ensure food security for the population. Additionally, the strict sanitary regulations which are in place to avoid the spread of diseases across countries may limit the international trade of agricultural products, compounding the impact of plant viral infections.

How Do Plants Catch Viruses?

Plants (crops, medicinal or ornamental), can be infected by viruses. It all may start with an insect bite. The virus only has to reach a single cell to initiate infection. However, as viruses cannot do anything by themselves, they need to hijack the infected cell’s mechanisms to produce copies of themselves. Eventually, progeny viruses are released to neighbouring cells and this cycle is repeated. Soon the virus is able to reach the vascular system in the plant (akin to the circulatory system in animals) and can spread long distances from the initial spot of infection, infecting everything from roots to young leaves. 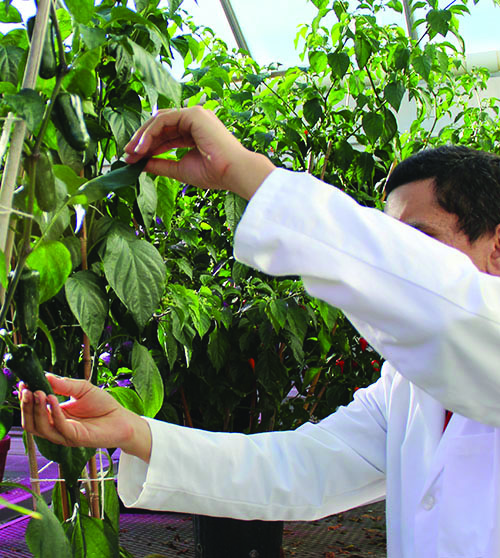 Humans and animals have an immune system to fight viral infections. Interestingly, plants have an immune system too. In plants and insects, a very effective way to combat a virus is through a process known as gene silencing. This mechanism treats a virus as a gene that is being expressed out of control. Thus, plant cells turn it off by dicing the viral RNA into small pieces. This shuts down the infection by restricting the movement of the virus into new cells in the plant or the ability of the viral RNA to make more copies. A remarkable feature of this mechanism is that infected cells can send a signal to neighbouring cells thus activating antiviral defences even before arrival of the virus. This mechanism requires a series of proteins that normally participate in the regulation of cellular gene expression.

Unfortunately for plants, viruses don’t give up easily and have a few extra tricks up their sleeves. As a way of counteracting the gene silencing deployed by the plants, viruses can also produce special proteins with the power to interfere with plant defences. This can be achieved through several mechanisms. The target for destruction, or inactivation, is always one or more of the elements involved in the plants’ defence response.

Deciding who wins this battle largely depends on the balance between antiviral gene silencing from the plant versus suppression of this mechanism by the virus. The determinants of this fight and its outcome have been the focus of intense research during the last ten years. Dr Hernan Garcia-Ruiz and his team are driving forward important research informing the identification and characterisation of cellular factors that condition susceptibility to plant viruses. Their project uses model plants and RNA viruses to determine the mechanisms of antiviral gene silencing. This work will help define how viral RNAs are recognised as distinct from cellular (non-targeted) RNA and determine the mechanisms of antiviral gene silencing. 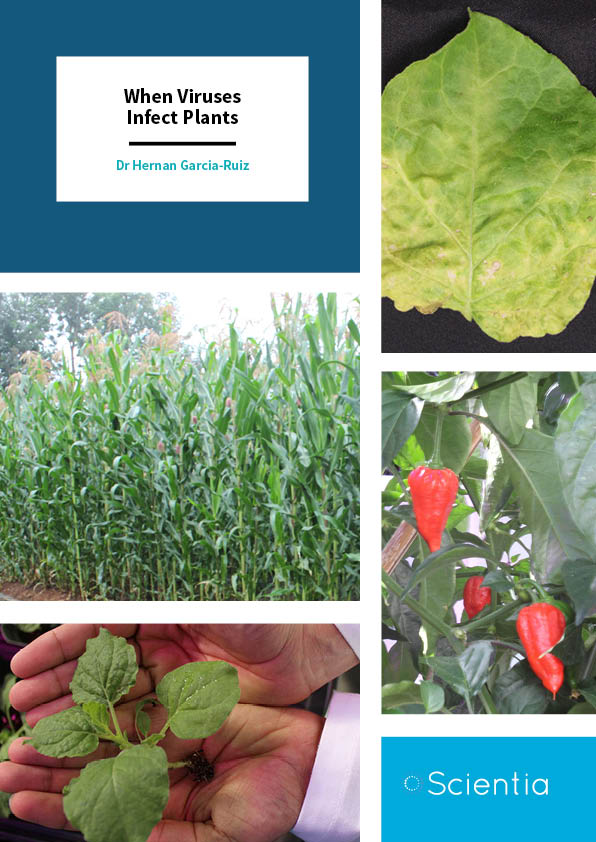 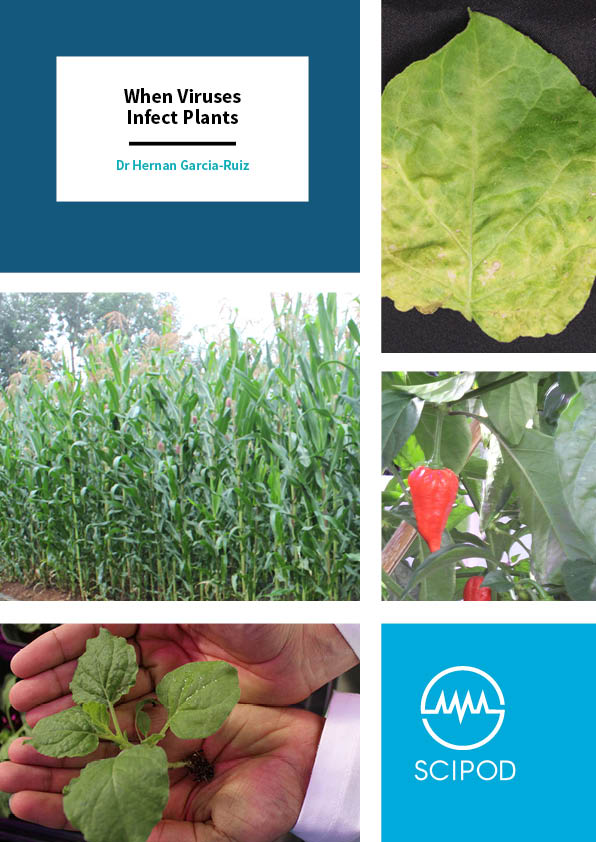 How Do Plants Fight Viral Infections?

We know that plants fight infection by using gene silencing although the original signal that indicates the presence of a viral infection remains a mystery. However, work by Dr Garcia-Ruiz and his team has shown that once a plant has detected a virus, the main objective is to dice and degrade the viral RNA to avoid the spread of the disease. This complex process essentially relies on a series of proteins which can target and destroy viral RNA. 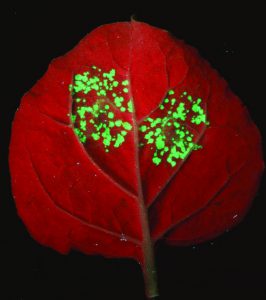 In plants, the defence mechanism against viral infections is more complicated than previously thought. It is not simply a matter of identifying the proteins involved. There are multiple layers of complexity in the plants’ response. For example, plants may have a preferred path, but in its absence, there is always a Plan B. In this case, a second set of proteins is able to come forward and defend the plant (even if sometimes it is not as effective as the main system).

In addition, some proteins seem to act more efficiently in protecting certain locations in the plant, such as leaves or flowers, for example; while others have a strong response irrespective of the specific location. Some work alone, while others work better in co-operation with multiple proteins.

Ultimately, whether the fight against the virus is successful or not depends on a delicate balance of all these mechanisms working at the same time. Understanding this response is essential for understanding how plants normally resist viruses, why some viruses are highly virulent in different hosts, and how sustainable antiviral resistance strategies can be deployed in agricultural settings.

To complicate things further, viruses don’t just take the attack. In retaliation to the plants’ response, viruses can trigger their own counterattack. This is achieved by multiple mechanisms, including a search and destroy of all plant proteins involved in their defence mechanism. However, each virus has its own arsenal of weapons and the exact mechanisms for each case are yet to be discovered. 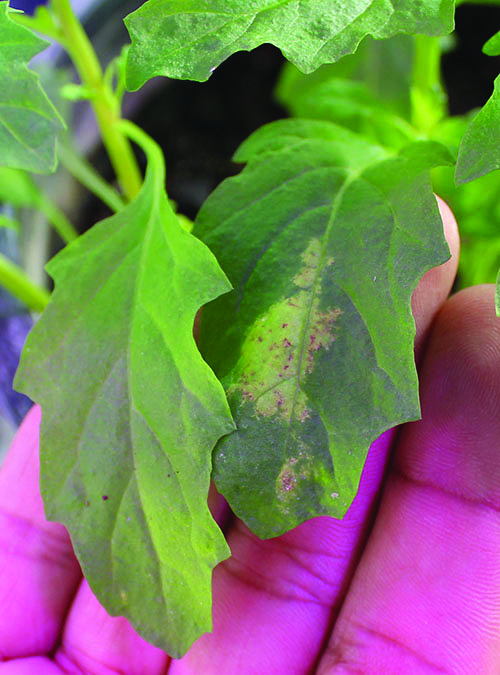 Complexity of Viral Infections in Plants

Sometimes plants get infected by multiple viruses. This combination could trigger a stronger mechanism to block any defence and result in a perplexing set of symptoms, as shown by Dr Garcia-Ruiz’s analysis of maize plants affected by lethal necrosis in Kenya.

Detected in the 1970s in Kansas and Nebraska, maize lethal necrosis is caused by a synergistic co-infection of maize chlorotic mottle virus combined with sugarcane mosaic virus, wheat streak mosaic virus or Johnson grass mosaic virus. Typical symptoms include yellow leaves dried from the edges, smaller plants which can also be sterile, and malformed or rotten cobs.

However, in 2017, in farmer’s fields in Kenya, Dr Garcia-Ruiz and his team detected plants showing bright yellow stripes with green edges, which deviate from typical maize lethal necrosis symptoms. It turns out the plants in Kenya were infected with a combination of two, three, or four viruses, including a virus called maize yellow mosaic virus, which may explain the different symptoms. To make things worse, sorghum, napier grass, and possibly other plants can also be infected, making management of this disease very difficult.

These results highlight the huge complexity underlying the maize lethal necrosis epidemic in Kenya. A critical aspect that needs further research is to understand how the viruses act together to fight the plants’ response. From the practical point of view, as this disease continues to spread and is becoming a major concern for farmers, work by Dr Garcia-Ruiz and his team is only the starting point. Further investigation is needed to determine the role of silencing suppression, and the contribution of different viruses to maize lethal necrosis, in order to develop more accurate virus diagnostic protocols and new management strategies. 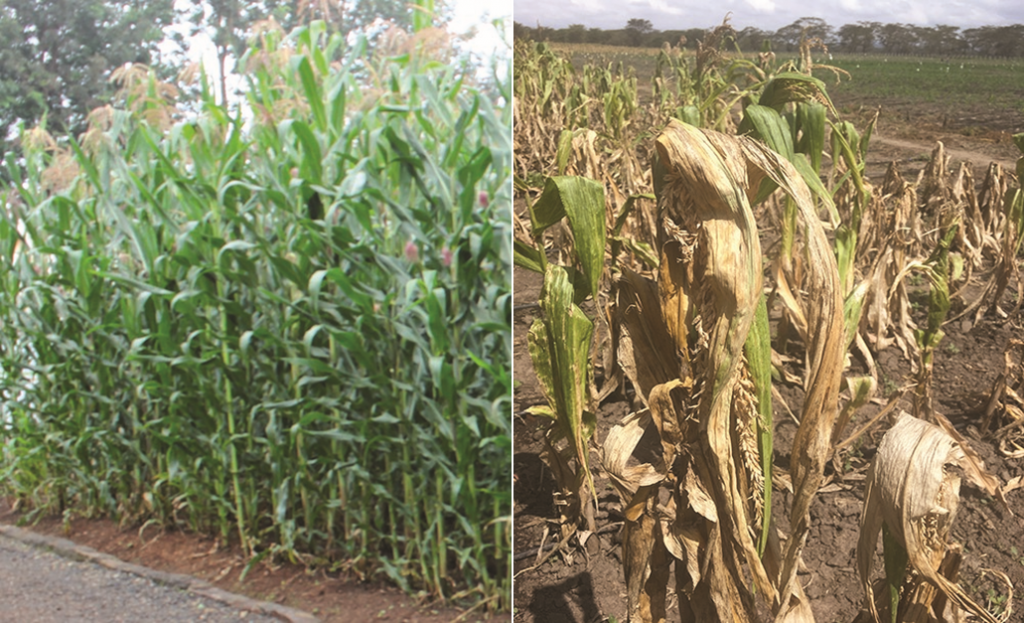 A Challenge for the Future

Researchers have identified a few cases of natural genetic resistance which they have managed to introduce into commercial cultivars. Unfortunately, this only applies to a few examples. For many diseases affecting staple crops, plants don’t have any genetic resistance to viral infections. The good news is that using the latest genetic techniques, including genome editing, and artificial gene silencing, it is now possible to engineer virus resistance in plants to boost their immune system. Although underpinned by different mechanisms, this concept is similar to that of a vaccine. To improve the efficiency of these approaches, it is necessary to elucidate the mechanisms that allow the plant to recognise the presence of a virus and the sneaky ways viruses can avoid the plants’ response.

Some viruses cause important human diseases, others cause devastating diseases in primary staple crops, causing multi-billion-dollar loses worldwide and threaten food security in some parts of the world. The ultimate challenge for plant pathologists, such as Dr Garcia-Ruiz, is to translate all this knowledge acquired in the lab into practical and effective applications that will enable farmers to fight plant disease. 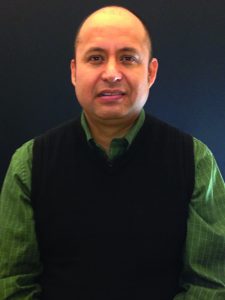 Dr Hernan Garcia-Ruiz obtained his PhD in molecular virology from the University of Wisconsin-Madison in 2006. His mentor during this time was Dr Paul G. Ahlquist. Dr Garcia-Ruiz then completed postdoctoral research at the Oregon State University Center for Genome Research and Biocomputing with a Helen Hay Whitney fellowship. During this time, his mentor was Dr Jim Carrington. After working as a Research Scientist for three years at the Donald Danforth Plant Science Center, Dr Garcia-Ruiz joined the University of Nebraska-Lincoln in 2014 as an Assistant Professor in the Department of Plant Pathology. Dr Garcia-Ruiz’s laboratory focuses on investigating the molecular mechanisms of antiviral immunity in plants, particularly the mechanisms of viral RNA replication, gene silencing, and their interconnections.