May 14, 2017Health and Medicine, Social Sciences and Humanities

By demonstrating the benefits of homecare, investigating palliative homecare teams, and informing healthcare policy, Dr Hsien Seow is aiming to revolutionise how palliative care is provided in the home for Canada’s most vulnerable patients.

Failing the dying when they need the health system the most

Although we live in an age where medicine is ever advancing and life expectancy is on the rise, all of us will inevitably die. For most, the journey of dying will be filled with serious chronic disease, old age, and disability. Unfortunately, the current health system is still too focused on curing disease that it neglects how to live well, and eventually die well, with serious chronic illness. Too often this leaves those who face serious illness feeling unprepared, fearful, in pain, and unaware of the options available. This affects not just the individual’s quality of life but their loved ones and carers too. This is why the provision of palliative care is so important. The ethos of palliative care can be summed up by Dame Cicely Saunders, the founder of the hospice movement: ‘You matter because you are you, and you matter to the end of your life. We will do all we can not only to help you die peacefully, but also to live until you die.’ The palliative approach aims to improve quality of life and relief from suffering through the holistic care of both the dying person and their family, encompassing the psychological, social and spiritual, as well as the physical. In spite of the benefits for patients and loved ones, it is estimated that only 15 to 30% of Canadians receive palliative care. Underutilisation of palliative care also has economic disadvantages. It is estimated that 10-25% of the government’s healthcare budget is spent on those in their final year of life, and the economic value lost by unpaid carers comes in at $25 billion annually in Canada. As the elderly population continues to grow and illnesses become more complex, inadequate access to end-of-life care will result in more people dying with pain, fear and poor quality of life.

Dr Hsien Seow, Associate Professor at McMaster University and the Canada Research Chair in Palliative Care and Health System Innovation, is seeking to change this. From early in his career, Dr Seow realised the importance of supporting those at the end of life, noting that ‘the experience of dying, or caring for the dying, is often still filled with uncertainty, unpredictability and confusion’. As he further explains: ‘We have designed a health system that support us well during pregnancy and birth, but abandons us during the journey of dying‘. What would a better system look like? Dr Seow and his team are proposing a shift from overcrowded hospitals to home and community care. ‘We need to provide more and better palliative care in the home and community because it is what most patients want, and it can be highquality, and lower cost.’ 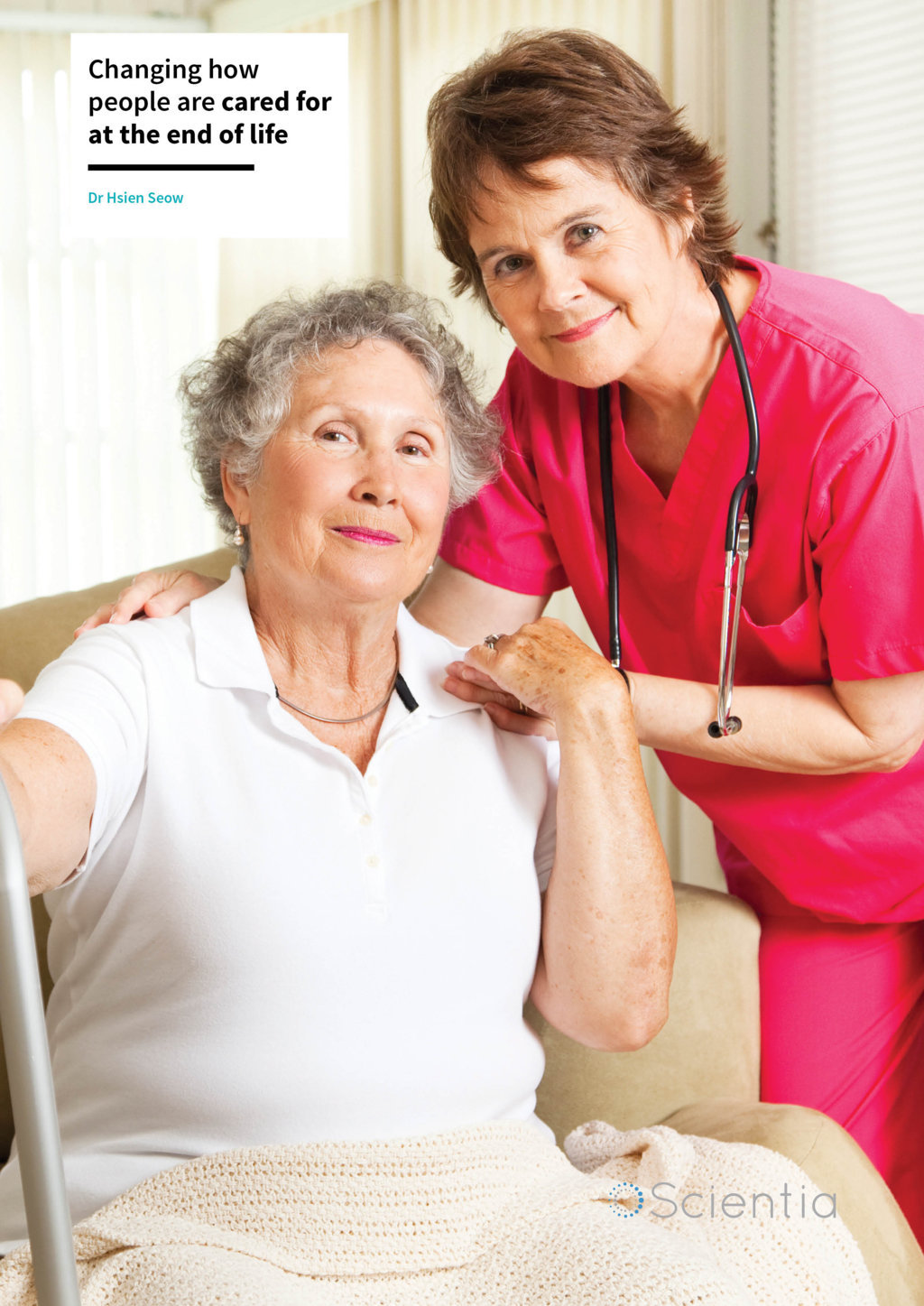 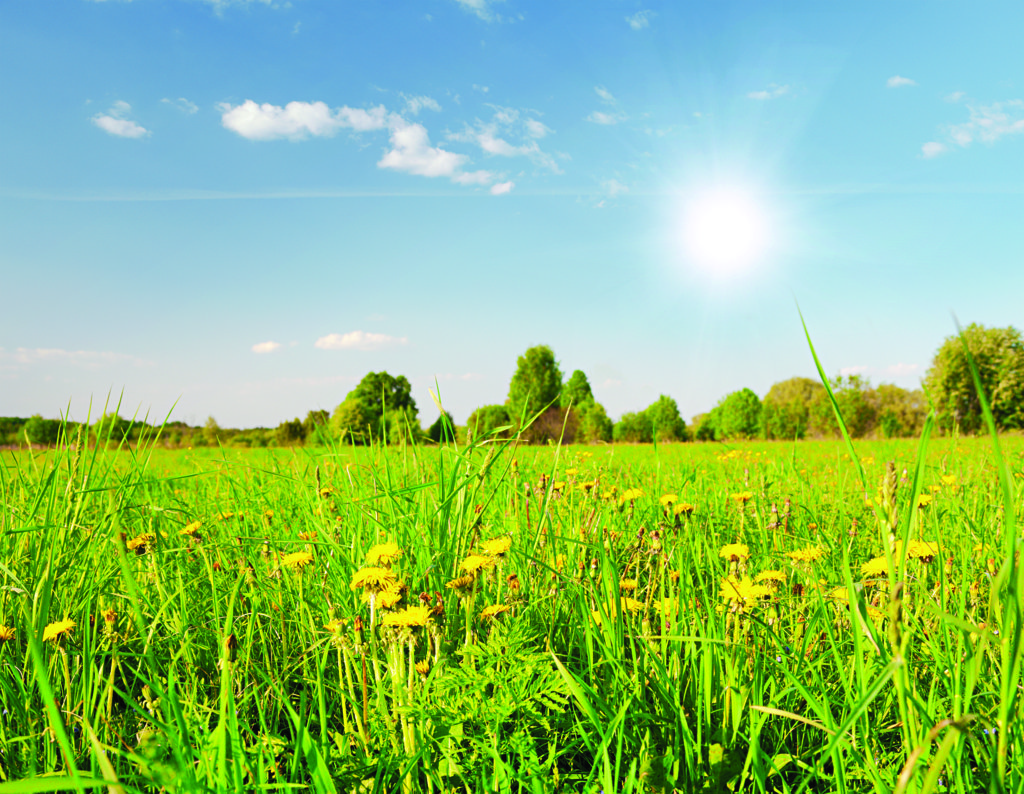 ‘We have designed a health system that support us well during pregnancy and birth, but abandons us during the journey of dying ’

Although 80% of Canadians state that they would prefer to die at home, 75% are hospitalised in their final year of life and 65% die in acute settings. By developing multidisciplinary palliative care teams in the community and providing more homecare nursing, patients can be better empowered to make decisions about their care and can have better quality of life. Teams also provide greater supports for caregivers.

The economic benefits for both family and state are notable. Inpatient costs can make up 50 to 70% of total costs in an individual’s final year of life. Comparing the $1000 daily cost of hospitalisation to the cost of homecare nursing – around $160 a day – emphasises the health system savings if unnecessary hospital admissions are reduced. 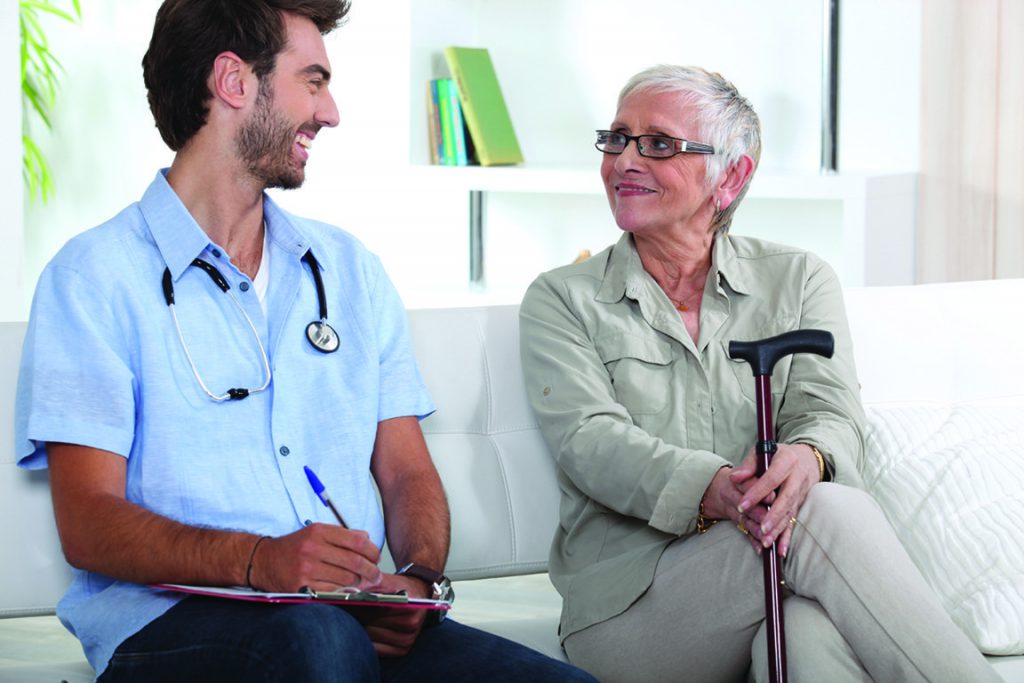 In a 2010 study, Dr Seow and his colleagues investigated the link between homecare services and hospital admissions at the end of life. Taking a large sample from the population of Ontario, Canada, the team measured the odds of admission to an emergency department or inpatient services in the final two weeks of life. The study revealed several interesting associations. Firstly, the team found that individuals admitted to homecare earlier than six months before death were 35% less likely to be hospitalised or die in an acute setting than those admitted three to four weeks before death. Secondly, they found that patients who received seven or more hours of nursing care per week were 50% less likely to be hospitalised that those receiving one hour of care a week. It should also be noted that these results followed a dose response. This means that the earlier a patient was admitted to homecare and the more nursing hours they received, the less likely they were to be hospitalised. Overall, these results suggest that early and increased homecare services could alleviate the demand on acute healthcare services for palliative resources.

But this was just the beginning. Questions remained about whether the impact of homecare could be generalised to other regions and whether it led to overall cost savings to the health system. Further research was needed.

Next steps: the impact of homecare across Canada

Dr Seow and colleagues carried out another study in 2015 across Canada, namely in Ontario, Nova Scotia and British Columbia, in order to assess whether there was an association between the provision of homecare nursing with reduced hospitalisation across multiple provinces in the last six months of life. The team based their analysis on whether nursing hours in one week reduced hospital admission in the subsequent week. Even though each of the provinces have different systems to organize and deliver homecare, the results consistently showed that palliative nursing care reduced incidents of hospitalisation by 17 to 34% across the final six months of life. The study also revealed the efficacy of standard nursing care in the final month of life – 5 or more hours per week lowered hospital admissions by 15 to 23%. We see from these results the importance of nursing in end-of-life care, not due to provincial homecare system or the individual expertise of the nurse, but as an effect in itself. Therefore, it may be beneficial to train more nurses with the skills needed to manage palliative care needs.

Further study in the same year examined the financial implications of palliative homecare on healthcare system costs in the final six months of life. The researchers explored the association of increased homecare nursing costs on subsequent relative hospital costs and also on total costs to the public healthcare system. Dr Seow and colleagues found that particularly in the final month of life, increased nursing costs were correlated with lower total system costs, though no dose response pattern emerged. Again, these results were consistent across Ontario, British Columbia and Nova Scotia. Dr Seow explains: ‘This means that the patients across Canada receiving more nursing hours in their final month of life had overall lower health care costs because of avoided or shortened hospitalizations, even when we added in the costs of the extra home nursing hours.’ Although the numbers may seem small – ranging from several hundred dollars to approximately $1000 per person – these individual savings magnified to the population definitely add up. 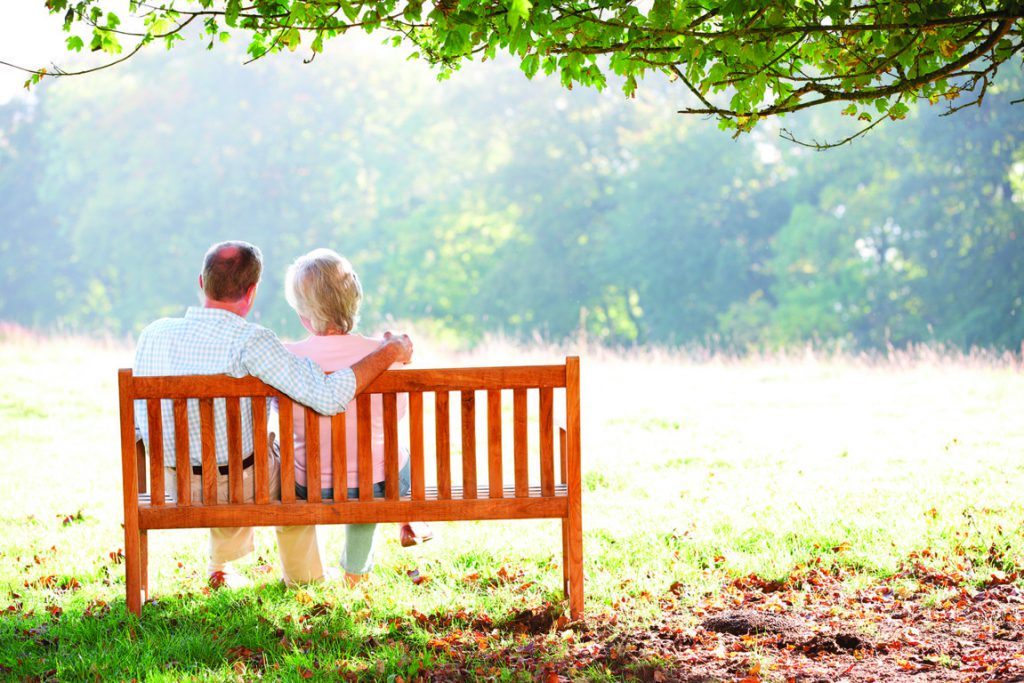 The future: building homecare teams in all communities

The benefit of palliative homecare nursing is evident. However, since end of life homecare is not just the domain of nurses, Dr Seow and his colleagues have broadened their scope to include multidisciplinary palliative care teams, which include palliative care specialists, nurses, general practitioners and other health professionals, working in the community.

To investigate the effectiveness of palliative care teams, Dr Seow and colleagues in a 2014 study examined 11 multidisciplinary palliative care teams working to deliver palliative care in individuals’ homes in diverse communities across Ontario. Although these teams varied in terms of size, location and composition, they all had the same goal – to manage symptoms, provide education and guidance, coordinate services and be available to their patients at any time, day or night. Because of the diversity of the teams, they predicted that only some of the teams would be effective and those would be the ones to replicate and scale. But the results were astonishing. Compared with usual homecare alone, individuals who were treated by any of the teams in their homes were significantly less likely to be admitted to hospital or the emergency department. This patient group was also half as likely to die in hospital than the control group. The consistent results across many diverse teams in real world settings strongly support the evidence for their effectiveness. ‘Our results showed there was not one best model as we had predicted. Instead, they all were effective in their own local context’, Dr Seow summarizes.

Why did the teams reduce hospital and emergency department use? In usual care, patients and families often encounter a system that is fragmented, inconsistent, inaccessible, or of variable expertise in palliative care. These lead to failure to cope and inadequate symptom control, which are the main reasons for inpatient admission. These palliative care teams can provide patients and their loved ones with essential integrated support. As well as the individual and system level benefits, healthcare providers themselves report the advantages of working as part of a multidisciplinary community team, such as the professional and emotional support from other team members, a reduction in provider grief, and improved job satisfaction. By generating further knowledge on how to develop palliative care teams, providers can work in more effective models of care and individuals will have greater access to holistic care at the end of life.

‘There is no one-size-fits-all community model. The core principles of the model have to be adapted to the local culture and context. That is how we achieve standardised care without a cookie-cutter approach ’

Dr Seow reveals a key finding in his research so far: ‘What we’ve learned is that every community and institution is a mini-ecosystem, with its own complex network of providers and resources. Therefore, to deliver palliative care successfully in patients’ homes, every community has to have its own unique model of care that needs to build on those local resources and partnerships. Thus, there is no one-size-fits-all community model. The core principles of the model have to be adapted to the local culture and context. That is how we achieve standardised care without a cookie-cutter approach.’

While much has been achieved, there is still more to be done. Dr Seow’s focus is now on developing frameworks to show how such teams evolve and developing tools and materials to help other communities build palliative care capacity for teams that are tailored to the local community. The community teams together can create a system which provides effective, sustainable and accessible end of life care for all patients who want to die at home. ‘We are at a point where we have lots of evidence that palliative care in the home is beneficial’, Dr Seow explains. ‘The future of my research is working on how to build the palliative care capacity in community providers and implement the optimal model of care for their local context. This ensures we have a system where all patients and families can receive palliative in their homes. It’s not enough to know that palliative care in the home is a good thing. We need to know how to deliver on that promise to patients and families, which means the hard work of building local capacity for multidisciplinary palliative care teams.’ 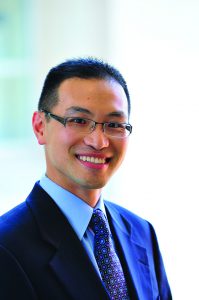 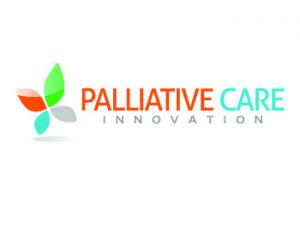