Aeroplanes are required to change their trajectory many times during a flight. A system of adjustable surfaces that manage lift is typically used to meet this requirement. However, Dr Huu Duc Vo and Dr Njuki Mureithi from École Polytechnique de Montréal, Canada, have been working on a totally different approach to flight control – and it may eliminate the need for the adjustable surfaces, which can be inefficient, especially from an economics point of view.

Flight control systems are a fundamental feature of all aircraft. These systems change the lift over individual wings and tail planes to provide the moment (or torque) for roll, pitch and yaw when controlling the aircraft. Roll refers to rotation around the longitudinal axis, caused by differential lift between the two wings, and is used for steering the aircraft. Steering is also assisted by the yaw motion, which refers to rotation around the vertical axis due to net lift generation on the vertical tail plane. The pitch moment, which comes from generating lift on the horizontal tail plane, is used to tilt the nose of the aircraft up or down to change altitude.

While the actuating mechanism has evolved from cables and pulleys to hydraulic actuators and more recently electric motors, flight control still relies on movable surfaces that alter lift by changing the flow curvature over wings and tail planes. The support and pivot mechanisms associated with these surfaces add to the weight and mechanical complexity of an airframe, thus contributing to the operating (fuel), maintenance and production costs. Moreover, the volume taken up by these surfaces reduces fuel storage space that could otherwise be used to extend aircraft range.

To overcome these limitations, new, effective and structurally robust concepts for aircraft flight control without movable surfaces are being developed. One particularly promising approach utilises a device known as a ‘plasma actuator’.

Dr Huu Duc Vo and Dr Njuki Mureithi from the Department of Mechanical Engineering at École Polytechnique de Montréal, Canada, are among the leaders in the field of plasma actuation, and are seeking to establish their approach as an alternative to traditional flight control systems. Their ultimate goal is to improve aircraft performance and efficiency, resulting in cheaper aircraft acquisition and operating costs as well as lower aircraft carbon emissions through a lighter, thus more fuel-efficient, airframe.

Plasma actuators are based on the formation of what is known as ‘plasma’ between two electrodes – one of which is exposed to the air while the other is hidden in an insulating material (dielectric). Plasma (considered a fourth state of matter) is a high energy, ionised gas made up of electrically charged particles. Plasma actuators work by ionising the part of the air around the hidden electrode and turning it into a plasma. 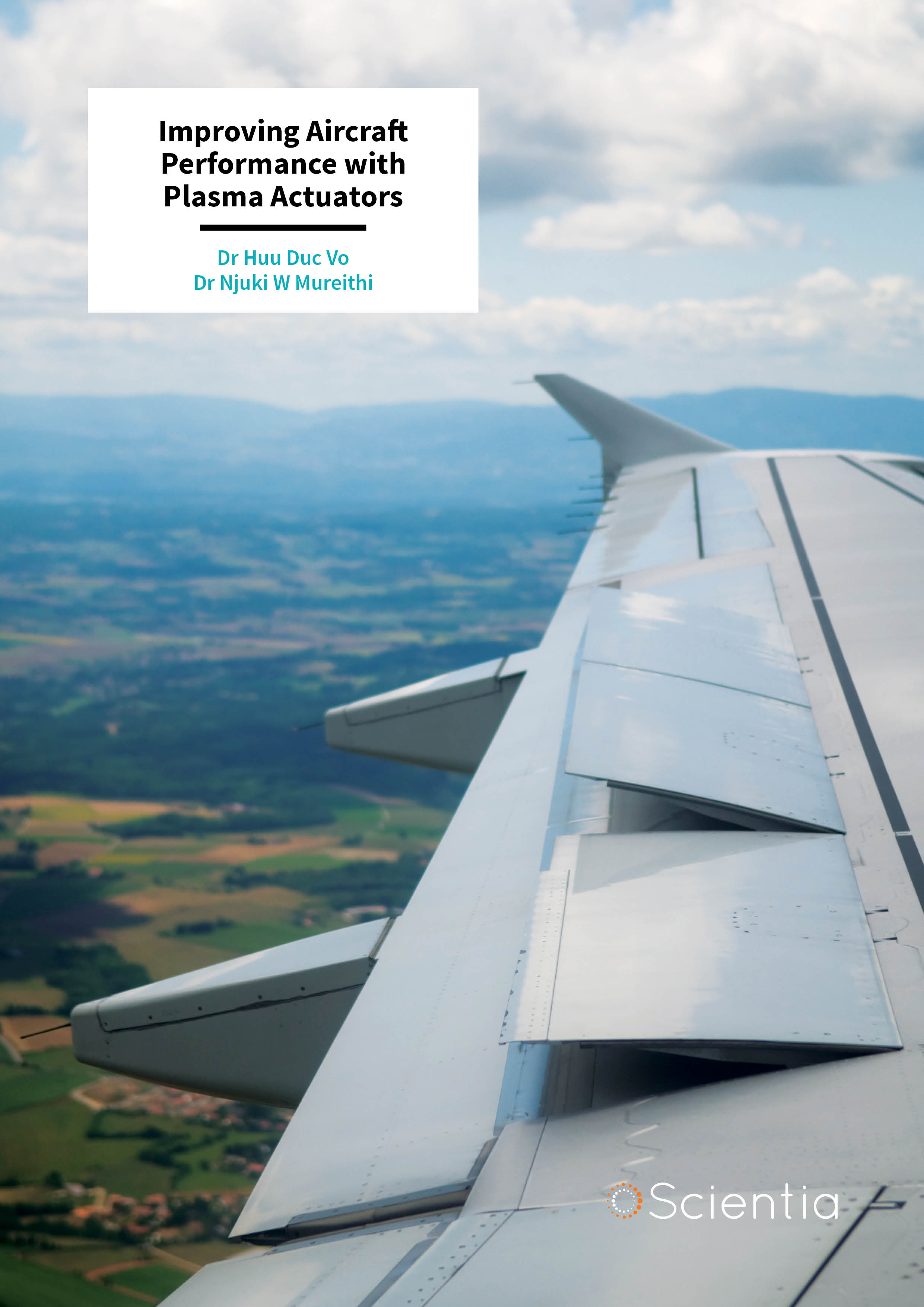 While air is an electrical insulator, plasma is a conductor and can also be influenced by electrical and magnetic fields. In a plasma actuator, the electrically charged particles are propelled by the electric field between the two electrodes, inducing a thin jet of air parallel to the surface that can be used to alter the flow over the wings and tail planes to control an aircraft. This actuator requires relatively low power and has no moving parts that can break. Moreover, being purely electric, the actuator has a faster response time than any mechanical actuator. As such, it is perfect for aeronautical applications.

In research of 2010, Dr Vo and Dr Mureithi outlined many of the benefits associated with plasma actuators. The pair explained in their paper that ‘the replacement of these [flight control] surfaces with static flight control devices [such as plasma actuators] could potentially lead to simpler and lighter wing and tail empennage designs with increased fuel containment capacity, resulting in longer flight range while reducing fabrication and maintenance costs.’

Another aspect to consider is that current systems have gaps between the movable flight control surfaces of the aircraft that cannot be eliminated or perfectly covered, which negatively affects aircraft performance. The main type of plasma actuator, known as a ‘dielectric barrier discharge actuator’, on the other hand, sits flush with the aircraft’s exterior surfaces. This means that the actuator does not affect air flow when not in use. 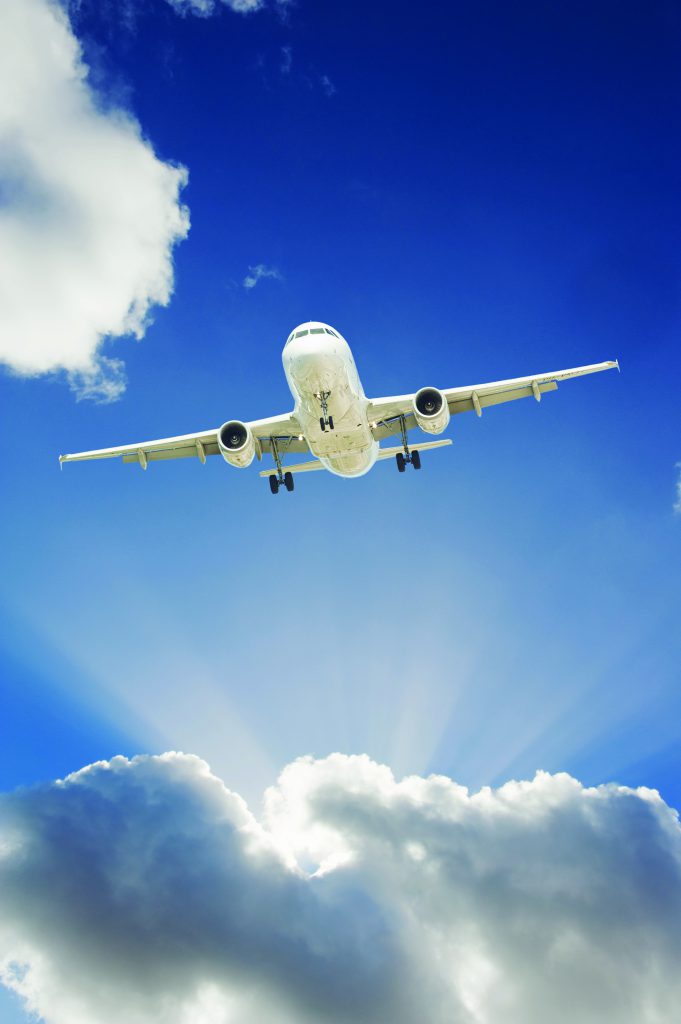 In 2010, Dr Mureithi, Dr Vo and their graduate student Shinya Ueno presented a new, innovative concept whereby one plasma actuator is placed on the suction side (top side) and the other on the pressure side (bottom side) of the wing near its trailing edge. This set-up leads to the generation of jets in opposite directions to produce the same flow curvature as a Gurney flap. The actuators can be turned on to alter lift for flight control and off when not in use, so as not to generate additional drag.

Wind tunnel experiments showed that this concept can generate the same  lift increase as a traditional Gurney flap and that the effects of the two individual plasma actuators are additive. Thus, this novel concept can be used to replace traditional flight control surfaces if the strength of the plasma actuator is high enough to cope with the background flow velocity over a real aircraft.

In another 2010 research project, Dr Vo and Dr Mureithi assessed whether plasma actuators could be integrated with wing tips and used to increase lift for roll control. A tip vortex is formed at the tip of a finite wing whose position and intensity has a negative influence on the lift and the drag generated near the wing tip.

Dr Vo and Dr Mureithi proposed a concept whereby plasma actuators are placed around the wing tip to disrupt the tip vortex enough to increase the wing tip lift. Computer simulations and wind tunnel experiments show that this concept could generate enough lift change for adequate roll control of the aircraft. The team’s simulations also provided insight into how placement of the actuators affects lift, and how this knowledge could be applied to real-world testing. In addition, simulations showed that this concept can be used to generate lift on a zero-net lift tail plane for yaw and pitch control. 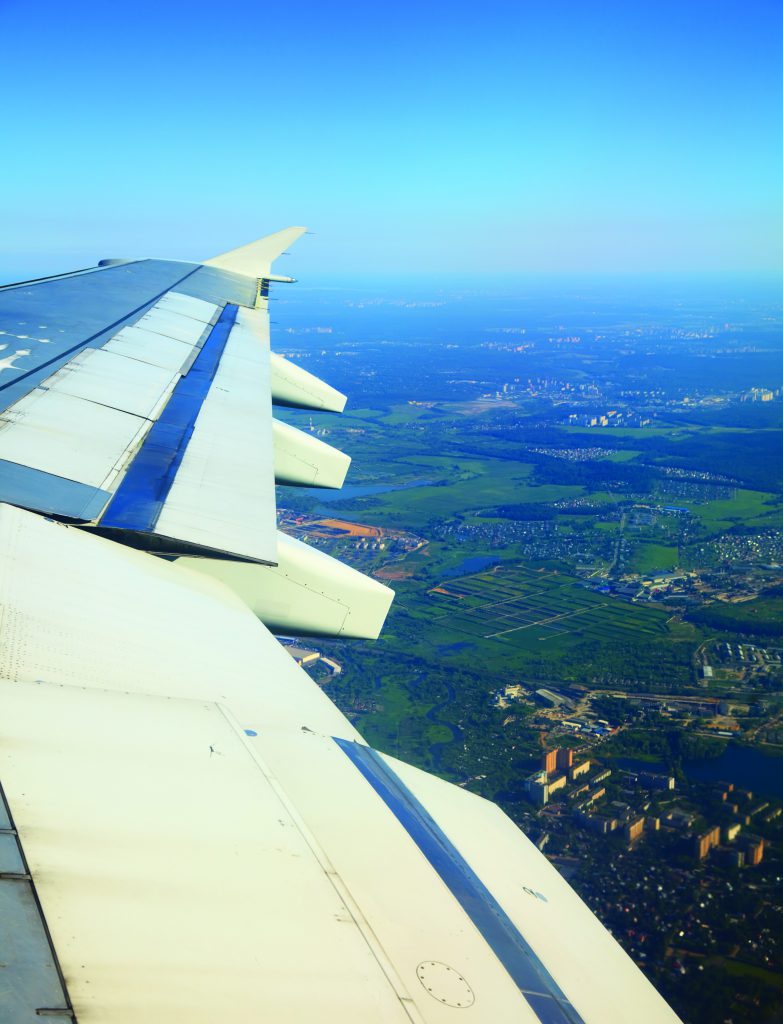 Since establishing the first research program for plasma actuation in Canada in 2006, Dr Vo and Dr Mureithi continue to be leaders in the field of plasma actuation in aeronautical applications. In fact, the work discussed here gives just a few of the applications they have been studying. The team has also been looking at new plasma actuation concepts for improving the performance and efficiency of aircraft engines and in controlling flow-induced vibrations.

Since 2007, Dr Vo has proposed and investigated a novel concept whereby a plasma actuator is placed in the compressor of an aircraft gas turbine engine to suppress aerodynamic instabilities, thus allowing the engine to operate at peak efficiency without fear of engine stall. The concept was patented in 2012 and has been demonstrated on both axial and centrifugal compressors in research published in 2016.

Dr Mureithi has also been investigating the fundamental problem of the stability and bifurcation behaviour of complex flows under controlled excitation. Flow stability control capability using plasma actuators can potentially lead, for instance, to a new approach to noise control.

Last but not least, Dr Vo has also been working on improving plasma actuator models for simulations of new flow control concepts and on experimentally characterising plasma actuator performance at high pressure and temperature for future applications in aircraft engines.

Indeed, plasma actuation-based systems offer a simpler, lighter, robust and low-cost solution to improving aircraft flight control and propulsion, and this has been clearly demonstrated in Dr Vo and Dr Mureithi’s various research projects. With further tweaking, plasma actuation will undoubtedly be used in future aircraft to improve their performance, resulting in cheaper acquisition and operating costs as well as lower pollution – benefits that could ultimately be passed onto the general public and to the environment. 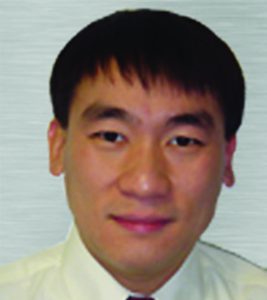 Dr Huu Duc Vo received his PhD from the Massachusetts Institute of Technology in the field of aeronautics and astronautics in 2001. After working with the Canadian aircraft engine manufacturer Pratt & Whitney Canada as a senior aerodynamicist, he took up a faculty position at École Polytechnique de Montréal where he currently serves as a professor in the Department of Mechanical Engineering. His research focuses on improving aero-engine and aircraft performance through flow control, part of which involves plasma actuators. He is a leader in the field and collaborates on many related research and development projects. 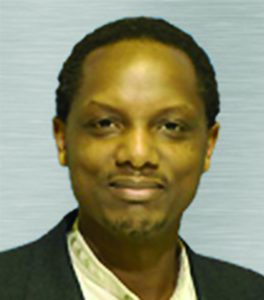 Dr Njuki W Mureithi received his PhD in mechanical engineering from Canada’s McGill University in 1993. After completing his PhD, he accepted a position as research engineer for Mitsubishi Heavy Industries, Japan. He then spent several years in Japan as a researcher at the University of Tokyo and an associate professor at Kobe University. He joined École Polytechnique de Montréal in 2003, where he currently serves as professor in the Department of Mechanical Engineering. His research focuses on fluid-structure dynamics in industrial and aeronautical applications. He has also developed expertise in the area of plasma actuation based flow control and fluid-structure interaction control.