Dogs are renowned for their status as man’s best friend. Based first at the University of Colorado and now at the University of Minnesota in the Twin Cities, Dr Jaime Modiano and his team have spent the last 25 years trying to understand how cancer develops at a basic level, aiming to use this knowledge to improve the health and wellbeing of both humans and their companion animals.

Dogs as Models for Cancer Research

Throughout human history, dogs have helped us to hunt and care for our livestock. Not only are dogs widely accepted as being the first domesticated animals but they also quickly became our most favoured companions. Today, many dog breeds are the result of breeding for desirable characteristics, such as a particular colouring or size, in addition to their historical roles of hunting, herding, and protection. As a result, many breeds have been developed under intense artificial selection, often drawing from a small pool animals.

Dog breeders are starting to recognise problems with this approach: while the process has produced specific breeds with particular characteristics, it has also led to serious health concerns, such as increased susceptibility to many genetic diseases and possibly certain cancers. Curiously, some types of cancer seem to be more prevalent in a few breeds.

Dr Jaime Modiano and his team at the University of Minnesota in the Twin Cities, USA, focus on trying to decipher the mechanisms associated with cancer development by comparing several malignant diseases in humans, dogs, and laboratory animals. ‘Recognising that the full spectrum of malignancies seen in humans also occurs in dogs sets an ideal stage for dual-purpose research that can accelerate progress against these diseases in both species,’ explains Dr Modiano.

Findings from Dr Modiano and his team converge with those from other researchers to suggest that it is now time to take things a step further by looking at dogs to identify new and perhaps better ways to treat humans. ‘We are faced with a unique opportunity to advance our understanding of similar diseases in unrelated species, and specifically those that might have a link to the evolutionary origin of these species, by using comparative genomics,’ proposes Dr Modiano. ‘The answers we obtain by studying cancers in dogs will contribute to our ultimate goal of designing strategies to prevent and treat cancer in both dogs and people.’

‘Our original premise was that there would be highly conserved or even identical genetic factors that could cause cancer in humans and dogs, but we later found that this was only rarely the case.’ 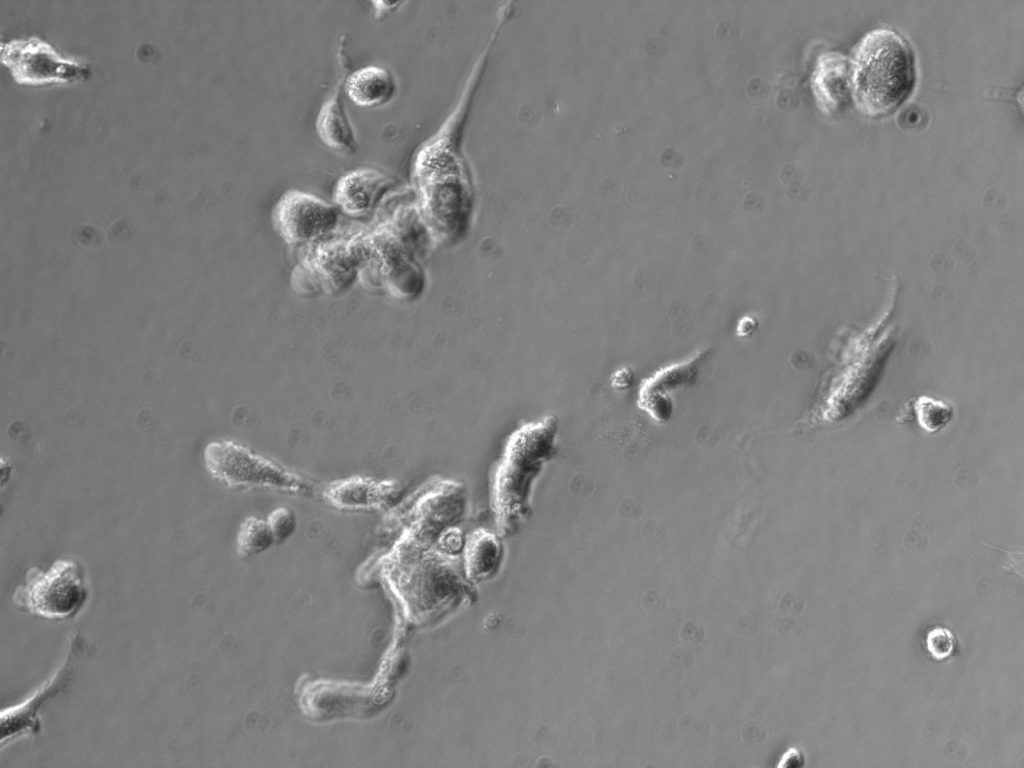 Similarities in Dog and Human Cancers

At first, dogs seemed to provide the perfect model by which to study human cancer for Dr Modiano and his team. As animals that share our homes, dogs make it possible for us to examine the intrinsic risk factors for the development of cancer within two species sharing a common environment. In addition, dogs have shorter life spans, and, as up to four or five generations can exist at the same time, they provide unique opportunities to address critical questions about the origins and behaviours of cancer. ‘Our original premise was that there would be highly conserved or even identical genetic factors that could cause cancer in humans and dogs, but we later found that this was only rarely the case,’ notes Dr Modiano.

One of their initial approaches, conducted in close collaboration with Dr Matthew Breen at North Carolina State University in Raleigh, USA, involved looking at certain regions in the canine genome that were related to regions in the human genome and which, when scrambled from their original order and rearranged to come together into new, abnormal conformations, are known to cause lymphoma and leukaemia (blood cancers) in humans and mice.

Drs Breen and Modiano identified peculiar similarities in certain lymphomas and leukaemia between dogs and humans. These findings led them to suggest that some cancer risk might trace back to primordial similarities that preceded the evolutionary separation of both species. However, it also was possible that risk was attributable to random errors in the process of cell division. In this case, cancer would happen because the alteration in the order of critical genes would provide cells a strong survival advantage over its neighbours, setting the stage for more and faster cell divisions, additional mutations, and eventually, uncontrolled proliferation and cancer. Either of these mechanisms could explain the mutations shared between certain types of cancer in dogs and humans.

‘The data suggested that heritable causes were not the singular explanation for the similarities and differences in the cancers observed among different breeds of dog.’

The trend for finding similarities between dog and human cancers was growing stronger with every study, until early 2011, when Dr Modiano and his colleagues happened upon some unexpected results. The original plan was to categorise dog lymphomas using the same parameters used for human cancers. The research team identified three groups based on prognosis, ranging from slow progression, typically treated with low-intensity chemotherapy, to aggressive and rapidly progressing tumours with a poor response to treatment.

However, some odd results emerged in this work that did not match the patterns of gene expression characteristic of human lymphomas. ‘Despite other groups publishing data that they interpreted as supportive, our own data did not agree,’ emphasises Dr Modiano. The exact reasons to explain this disparity were difficult to pinpoint. One explanation could be the large natural variability in this type of cancer, or perhaps the canine version refers to a single subtype of the cancers found in humans, therefore masking the distinction between subtypes. Another explanation could be that dog and human variants of the cancer are convergent forms of similar diseases; that is, being of different cellular origin but having other shared features. 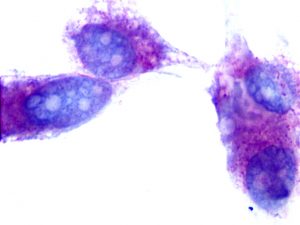 Findings arising from Dr Modiano’s long-standing collaboration with Dr Kerstin Lindblad-Toh (at the Broad Institute of the Massachusetts Institute of Technology and Harvard University in Cambridge, USA), and with Dr Breen, posed further critical questions. The researchers observed mutations in three breeds with a high risk of developing lymphomas – boxers, cocker spaniels, and golden retrievers. As Dr Modiano explains, ‘The data suggested that heritable causes were not the singular explanation for the similarities and differences in the cancers observed among different breeds of dog.’ Moreover, with very few exceptions, the recurrent mutations found in canine lymphomas did not match mutations present in human cases of the same cancer.

Dr Modiano elaborates that, ‘We now know that a major similarity between dogs and humans is that they have both broken the evolutionary constraint on longevity – or life-expectancy – and so the risk of cancer that is attributable to chance (which accounts for the vast majority of tumours) is comparable.’ Simply stated, people and dogs are living longer, so both are at greater risk of getting tumours. In both species, mutations are introduced during the normal processes of DNA replication and DNA repair, but the actual mutations that provide a selective advantage for the tumours to grow are quite different.

‘We have underestimated the significant role evolution has played in selecting for cancer-protective mechanisms across the animal kingdom.’ 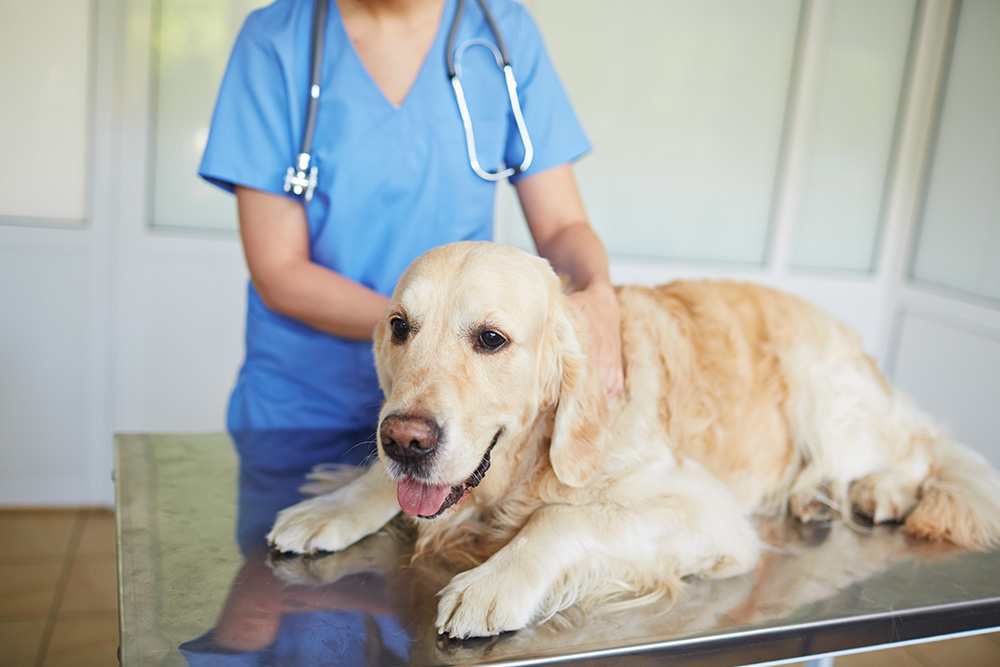 On the basis of this work, Dr Modiano and his colleagues arrived at a critical, new perspective. ‘Looking at the data more broadly allowed us to become a bit more realistic about the role of the dog as a model,’ explains Dr Modiano, ‘and we started seeing cancer in both humans and dogs as the consequence of events associated with longevity.’

By leading to higher levels of cell division, more DNA damage, and a higher probability to accrue the mutations that result in cancer, the longevity that we may justifiably consider a blessing comes at a cost, according to Dr Modiano. Animals that have a naturally long life, such as elephants, whales, and mole rats, for example, have developed ways to protect themselves against cancer. Humans and their pets, however, have expanded their evolutionary life spans several-fold in only a relatively short space of time. This may well explain the higher rates of cancer as we get older, as such a rapid increase in relative longevity is uncommon in the animal kingdom. For cats and dogs, the usual process of slow natural selection has been replaced by an accelerated artificial selection.

The problem with this artificial selection is that it does not allow natural processes to select for animals adapted to the new longevity. Natural selection is driven by interactions with the whole social structure of the species and the environment, and this has happened for every species independently. Our dogs and cats evolved to live to about four and eight years old, respectively, but now live to around 10 and 20 years old.

‘We have underestimated the significant role evolution has played in selecting for cancer-protective mechanisms across the animal kingdom,’ concludes Dr Modiano, ‘and we have significantly under-appreciated the importance of how our success in outliving our evolutionarily determined lifespan has greatly influenced the risk for cancer in our species.’ Nevertheless, in a positive vein, Dr Modiano proposes that the scientific community should not see cancer as inevitable but should now focus on developing ways to delay or even prevent its development both in humans and in our companion animals. 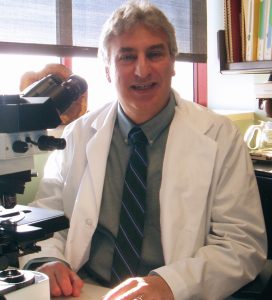 The Zach Sobiech Fund of the Children’s Cancer Research Fund

The V Foundation for Cancer Research