Spirals are an intriguing shape to find in the natural world because they have handedness – turning either to the left or right as you move along them – and it’s this property that makes the work of Dr Jasper van Wezel and his team at the University of Amsterdam particularly interesting. The recent discovery that electrons within the material Titanium-diselenide can spontaneously form into a corkscrew shape was an unexpected example of a spiral emerging in physics – and Dr van Wezel and his colleagues have dedicated the past few years to developing a simple, yet eloquent explanation.

When atoms form into solids, their structure is dictated by where their electrons sit in the space surrounding the nucleus. This space is divided into electron ‘orbits’ – regions of space that can each hold a fixed number of electrons. As we move through the periodic table, from the lighter elements to heavier ones, the number of electrons each atom contains rises, and their orbits fill up in a well-defined fashion. The orbit closest to the nucleus holds the least number of electrons and, as we travel away from the centre, each orbit has a higher capacity than the last.

The electrons in the outermost orbits (the valence shell) dictate the chemical properties of an atom – if this orbit is completely full then the atom has a very low chemical reactivity and belongs to a group of elements known as the Noble Gases. Atoms with outer orbits that are not full can group together with other atoms to form molecules or crystalline materials. In a way, we can think of atoms joining together as jigsaw pieces – atoms with two electrons in their outer orbits will bond perfectly with atoms that are two electrons short of having a full orbit. But even if some electrons are ‘left over’ after bonding has taken place, these can be smeared out over the atoms in a crystalline material like an additional glue, resulting in crystals that conduct electricity.

When atoms bond together to form a material, they fall into a variety of ordered patterns and structures – from simple cubic shapes (where atoms occupy the corners of a cube) to hexagonal arrangements that resemble three-dimensional honeycomb structures. Many such structures are said to have an ‘inversion symmetry’, meaning that the atomic arrangement looks exactly the same if it is inverted, or turned inside out. In daily life, a plain T-shirt is an example of an object that has inversion symmetry, whereas gloves do not – you can wear your shirt inside-out as if nothing happened, but a right glove turned inside-out changes into a left one.

‘All of these properties of the charge density wave have a direct impact on the overall properties of the host material, such as its conductivity, the way it responds to light or applied electric and magnetic fields, and even the chemical reactivity of its surfaces.’

If a material is a metal, electrons normally float freely throughout the atomic structure in an ‘electron sea’. These free-floating electrons are what gives metals their electrical current and heat carrying properties. Sometimes, though, they can break out of this sea and form structures of their own, which appear to be unrelated to the underlying atomic arrangement. Such a structure is known as a ‘charge density wave’, and can be thought of as a ‘crystal’ made up of electrons that coexists with the atomic crystal. In such situations, the electrons in the electron sea can no longer move freely – and the material becomes an insulator. 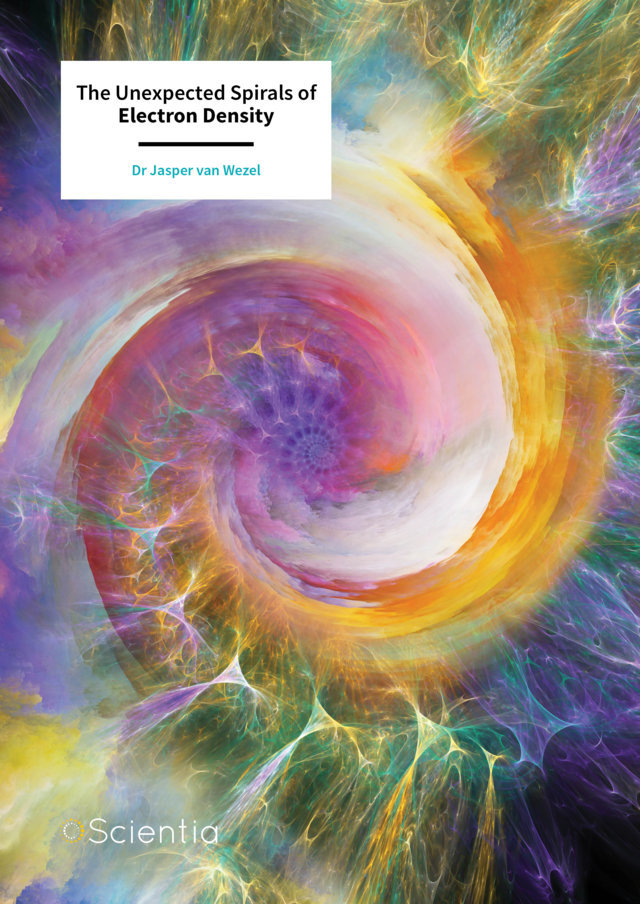 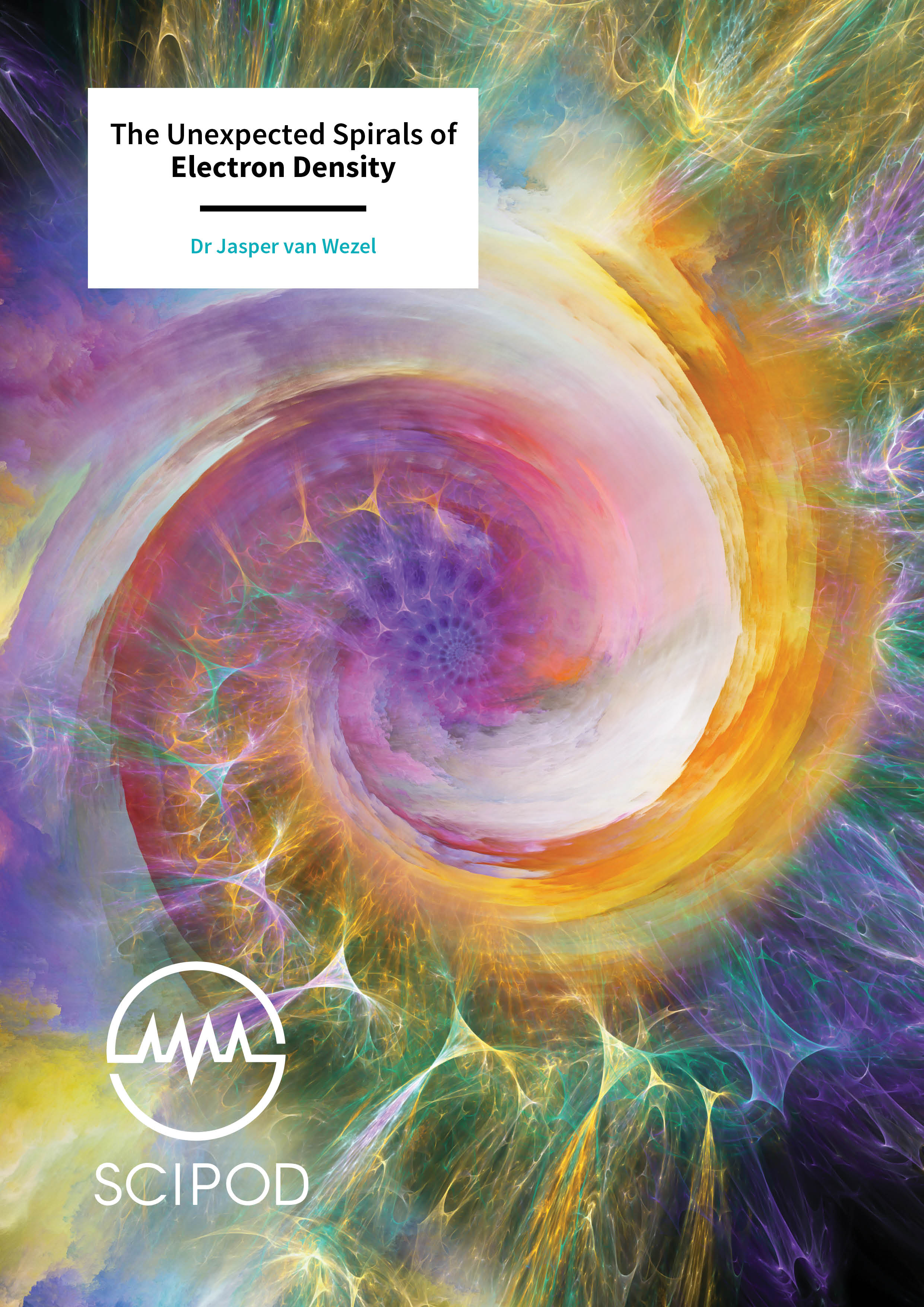 Charge density waves are an example of an ‘emergent phenomenon’ in physics. As explained by Dr van Wezel, ‘Emergent phenomena occur regularly even in everyday life. For example, even though any two people will find it hard to applaud in the exact same rhythm, a large audience at a popular Broadway play will spontaneously clap in harmony almost as soon as the curtain drops.’ In a similar fashion, a small number of electrons might not be able to escape existing in a disordered state, but the large numbers contained within even the tiniest amount of a solid material will, in the right circumstances, be able to collectively organise into an ordered arrangement in some places. 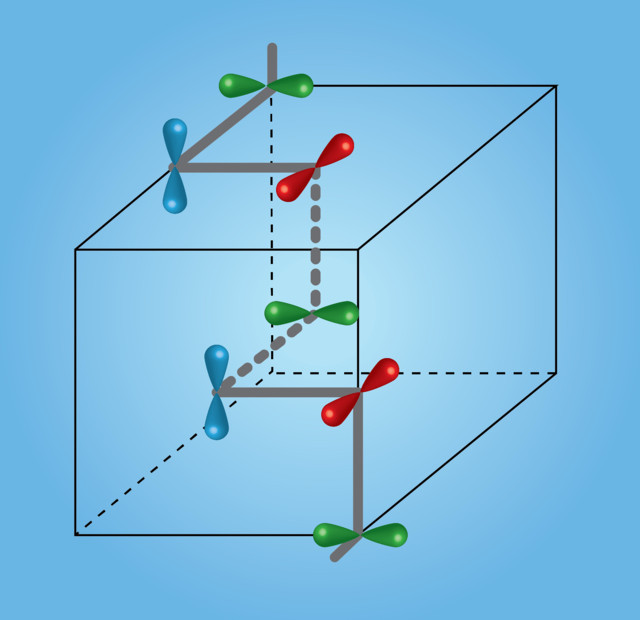 Charge density waves are one of the most fundamental examples of an emergent phenomenon, yet they can still take on countless arrangements – with new structures being discovered even today. In 2010, Dr Junya Ishioka and colleagues at Hokkaido University in Japan demonstrated, for the first time, that charge density waves within Titanium-diselenide (TiSe2) could spontaneously form into spiral structures. This discovery took physicists by surprise, as there doesn’t seem to be anything about electronic charge that can ‘rotate’ as you go along the axis of a spiral – the charge of an electron is just a number, not a shape that can be rotated.

‘Although spins, the arrow-like magnetic moments of electrons, are often found to arrange spontaneously into spiral magnetic structures, the electron charge has no in-built direction that can be varied in such a way as to create a spiral,’ Dr van Wezel explains. The spontaneous formation of spirals breaks the inversion symmetry of the structure, meaning that the charge density waves develop a property called ‘chirality’ – the structure and its mirror image cannot be superimposed, just like a right glove isn’t the same as a left one. Like most elegant theories, the solution to this particular problem turned out to actually be rather simple. 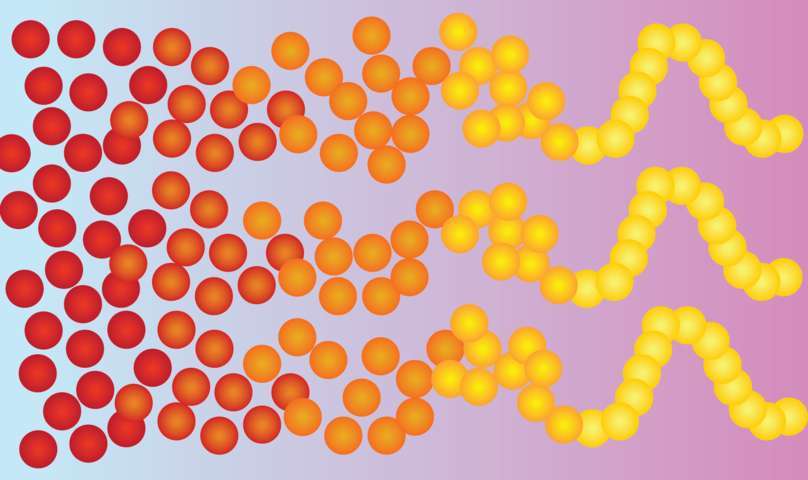 Pushing the Boundaries of Our Understanding

In 1913, Niels Bohr and Ernest Rutherford, the fathers of atomic physics, suggested that electrons orbiting an atomic nucleus can be modelled in a similar manner to the planets orbiting the sun – small, solid, planet-like balls circle around a much larger spherical object. Our most up-to-date models, however, tell a rather different story: ‘Electrons in free space are generally described as point particles. But when they are embedded within a regular atomic array, the electrons are actually better thought of as extended clouds. Some electron clouds are round like beach balls, others elongated like cigars, and some resemble the petals of a four-leaved clover,’ says Dr van Wezel. These ‘electron clouds’ are in fact nothing other than the valence (outermost) orbits mentioned before, and since they occupy a particular shape in three-dimensional space, they can be rotated.

Starting from this very simple idea, Dr van Wezel and his team developed a model for explaining the spontaneous chirality of charge density waves. To understand this model, we first need to cast our minds back to the simple cubic structure formed by some atoms as they bond into a solid material. The cube in question repeats itself throughout the entire three-dimensional volume of the material, with an atom at each and every corner. In an ideal situation, every cube is identical and the material is the same throughout. But as any experienced scientist will tell you – we do not live in an ideal world.

After the Big Bang and the ‘explosion’ of matter into existence, it’s thought that all material was spread out across the entire universe in an ordered, homogeneous way. Luckily for us, small instabilities led to some particles bunching together, causing localised distortions in the ordered structure of matter and, ultimately, leading to the formation of stars and all life as we know it. In the case of Dr van Wezel’s model, tiny distortions in the electronic structure result in three different charge density waves, each being established among electrons occupying similarly oriented orbitals on different atoms. The fixed relative orientations of orbitals in different charge density waves combine to give rise to the spiral structure observed experimentally by Dr Ishioka and colleagues.

The creation of multiple charge density waves when the orientations of the orbits containing the electrons are fixed not only implies that there are spiral chains of high electronic density running through the material, but also that the particular orbits making up the structure rotate as you move along the spiral. As any emergent phenomenon, the formation of spiral charge density waves can only happen spontaneously as large numbers of electrons interact within a single piece of matter.

In 2010 and 2011, Dr van Wezel and his colleagues published their model in the journals Physics and Europhysics Letters, showing how the spiral charge order is formed and predicting that it is necessarily associated with a spiral arrangement of the electronic orbits. A further publication in Physical Review Letters in 2013 provided experimental verification of the proposed model and demonstrated the validity of the team’s work. 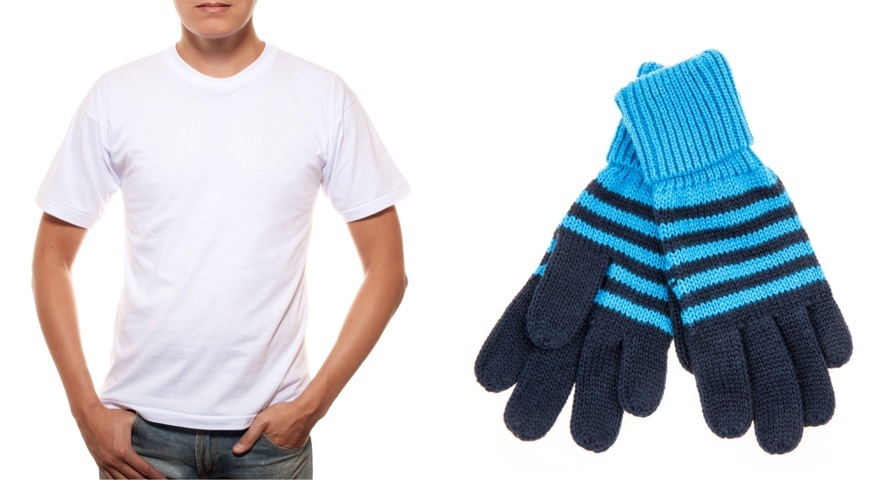 The presence of electron charge density waves that break out of their underlying atomic structure is a well understood phenomenon in physics. Dr van Wezel describes how this phenomenon can be exploited: ‘All of these properties of the charge density wave have a direct impact on the overall properties of the host material, such as its conductivity, the way it responds to light or applied electric and magnetic fields, and even the chemical reactivity of its surfaces.’ They have already been employed to create electronic switches, computer memory, optical filters and many other devices with important technological applications.

The discovery of this new spiral-shaped charge density wave has the potential to increase our control over such devices. ‘Flipping the handedness of a certain material by some means may allow you to control the way in which it transmits circularly polarised light, or the way in which it conducts electricity, or perhaps even the way in which molecules with a given handedness can react chemically on its surface,’ says Dr van Wezel. In principle, there is no telling how this phenomenon can change the way our devices interact with the world. It has already changed the way we understand the electronic structure of materials.

What’s next for Dr van Wezel and his team? ‘Although the study of spiral charge order started off with its experimental discovery in a particular material, the actual three-dimensional spirals of charge density have not been directly observed yet. Only indirect evidence indicates that they must exist,’ he states. Direct observation is difficult, as spirals often form in small patches of right-handed and left-handed patterns. When these patches form close together, they can have the net effect of cancelling each other out. Most experiments are unable to focus down to a small enough patch and directly observe the spirals. Dr van Wezel and his team are currently in the final stages of putting together a more detailed model that could show us how to overcome this issue.

Spirals have captivated human beings for as long as we have had the means of recording our thoughts and feelings – we see them in prehistoric cave paintings, on the walls of Celtic tombs, and even in the work of famous artists, like Vincent van Gogh and The Starry Night. They appear throughout nature in often unexpected places and have attracted the attention of some of our most famous mathematicians – Fibonacci, Archimedes, Euler and Fermat, to name a few. The discovery of spiral-shaped patterns of electrons has uncovered a type of chirality in materials that was not previously understood, and opens the door for studying and employing them in as yet unknown ways. 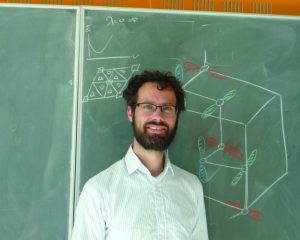 KEY COLLABORATORS (on this project)

Recent work is supported by a VIDI grant of the Netherlands Organisation for Scientific Research (NWO).