RNA interference is a genetic mechanism for altering the expression of genes that is being developed to fight cancer. By increasing the activity of RNA interference molecules in solid tumours after administration into the blood stream, Dr Joseph Vetro and his group at the University of Nebraska Medical Centre are working to move a promising new approach to treating cancer into clinical application.

Cancer is one of the major killers of the developed world, so it is no surprise that hundreds of different therapeutic approaches have been developed to combat it. From poisons that kill cancer cells slightly faster than normal cells to immune cells reprogrammed to attack tumours, the treatments for cancer are many and varied.

Despite this, cancer is both deadly and tenacious – patients can relapse and die years after being seemingly cured and fast-spreading metastatic tumours can kill otherwise healthy people within weeks. Especially problematic is that tumours eventually become resistant to all current types of chemotherapies. Thus, there still remains a need for newer and improved treatment options. One promising approach is that of RNA interference.

The Messengers of Protein Production

So, what exactly is RNA interference? One of the ways that cells use RNA is as a ‘messenger’ molecule where the gene encoded in our DNA is copied into specific messenger RNA (mRNA) within the cell’s nucleus that is then transported into the cell interior where it is used as a blueprint to create specific proteins that help carry out specific functions for a given cell. These mRNA molecules are short-lived blueprints, constantly being created and destroyed in response to the cellular and extracellular environment. This is, in fact, just one way that the cell controls the levels of specific proteins.

Importantly, mRNA used by human cells is single stranded – a single copy of the genetic blueprint is contained on a single long molecule. RNA, however, also exists within the cell as short, double-stranded RNA. Double stranded RNA is synthesised in the cell’s nucleus as well but, in contrast to mRNA, it is then exported and cut into smaller pieces by an enzyme that is known, appropriately enough, as Dicer.

These smaller double stranded RNA pieces, called siRNA – ‘small, interfering RNA’ – are then incorporated into a larger complex known as RISC. RISC then helps the siRNA find its mRNA target to subsequently inhibit, or interfere with, translation of that specific mRNA into protein. The siRNA has a matching genetic sequence to that of its target mRNA. Thus, given that the human genome has been completely sequenced, RNA interference molecules (RNAi) can be synthesised and used to decrease the expression of any specific protein at the mRNA level.

‘An idea that started out on the lab bench is being developed into a new and exciting cancer therapy that may one day reach the hospital wards.’

Unfortunately, there is a world of difference between the lab and the hospital, and RNA interference therapeutics have had a rocky start. In particular, RNAi molecules are very difficult to administer to patients. They need to be injected directly into the blood through intravenous administration but are rapidly destroyed by the body’s own enzymes and cleared by the kidneys.

It is also extremely difficult to get RNAi molecules from the bloodstream into cells. Double stranded RNAi is a comparatively large and charged molecule that has difficulty sneaking through the cell membrane. 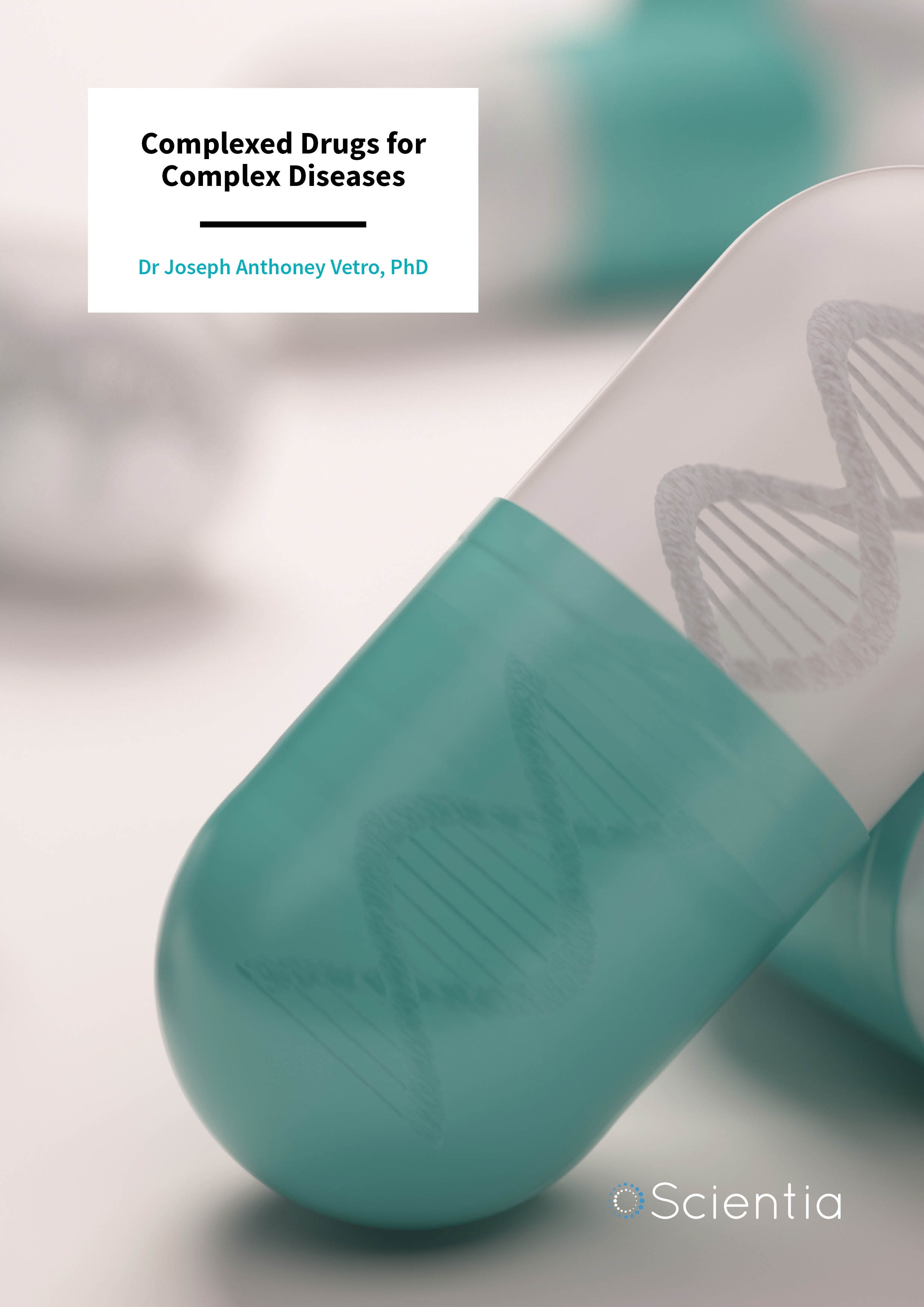 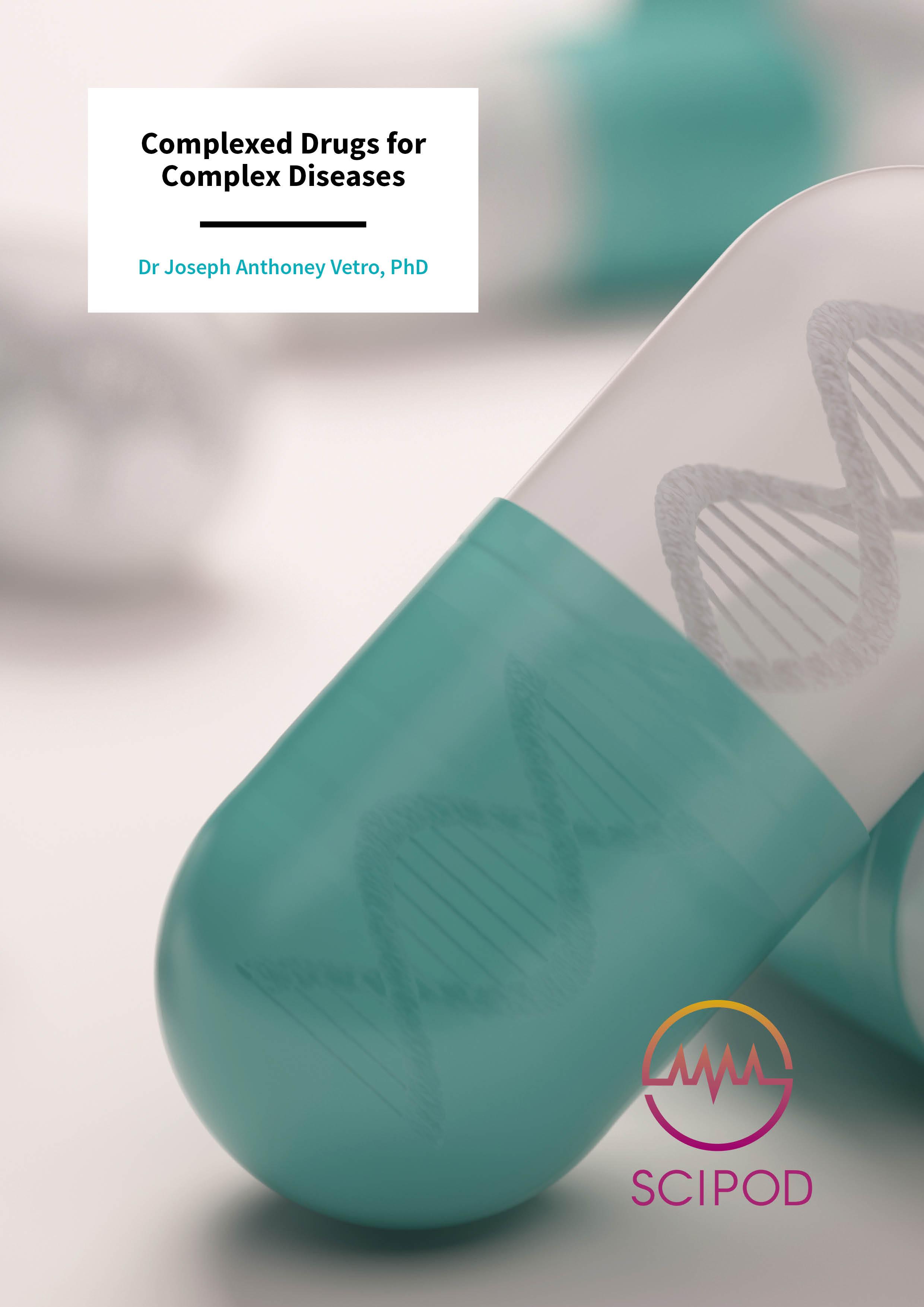 Several different approaches have been proposed to avoid this problem, but all have their own strengths and weaknesses. As such, the effective and specific delivery of RNAi molecules into tumour cells in the clinic remains highly challenging to this day, and any group that solves these problems will have pharmaceutical companies beating a path to their door. 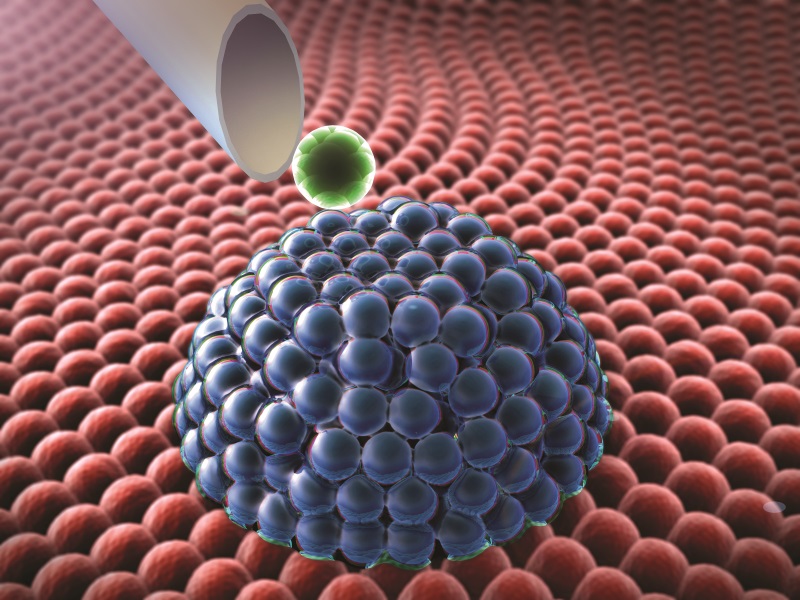 Facing this challenge is where researchers such as Associate Professor Joseph Vetro of the University of Nebraska Medical Centre come in. Dr Vetro’s group works on developing nanocarriers, nanometre-scale complexes formed through the self-assembly of negatively-charged RNAi molecules with positively-charged polymer molecules. Polymers are long molecules made from a chain of repeating units. Through incorporation into these complexes, RNAi molecules are protected from degradation or clearance through the kidneys, allowing them to circulate in the bloodstream for a longer duration so they have time to sufficiently accumulate in tumours throughout the body.

There are many different tumour-related proteins that can be targeted by RNA interference to treat cancer. The lead approach taken by Dr Vetro’s group is to decrease chemotherapy resistance by reducing the expression of tumour proteins that allow tumour cells to survive treatment with chemotherapy drugs. This does not ‘cure cancer’ by itself but can be given alongside other drugs to allow them to work more effectively.

The team has already shown much promise in their development of cholesterol-modified siRNA (Chol-siRNA) / poly-L-lysine-polyethylene glycol (PLL-PEG polymer) complexes. These complexes consist of Chol-siRNA mixed with small amounts of PLL-PEG. Negatively-charged Chol-siRNA binds to the positively-charged regions of PLL to create a region on the PLL-PEG polymer that is much less soluble in water.

This causes the normally separated PLL-PEG polymers to self-assemble in solution, creating a nanometre (1/100,000 of a metre)-scale polymer complex (‘nanocarrier’) that consists of a Chol-siRNA/PLL core and a PEG shell. The PEG shell of the nanocarrier then protects Chol-siRNA within the core from degradation and makes the entire complex large enough to remain in the bloodstream for a longer period of time.

This makes measurements of nanocarrier activity relatively easy – if nanocarriers that contain Chol-siRNA target luciferase mRNA to reduce the expression of luciferase protein, the amount of light that the breast tumour cells produce will also decrease.

Using this method, the group showed that creating a PLL-PEG complex increased the efficiency of Chol-siRNA in targeting mouse breast tumours after administration to the blood stream. They also found that Chol-siRNA efficiency was affected by the length of the positively charged PLL section of the molecule. If the PLL sections were too long or too short, this led to less-effective nanocarriers. 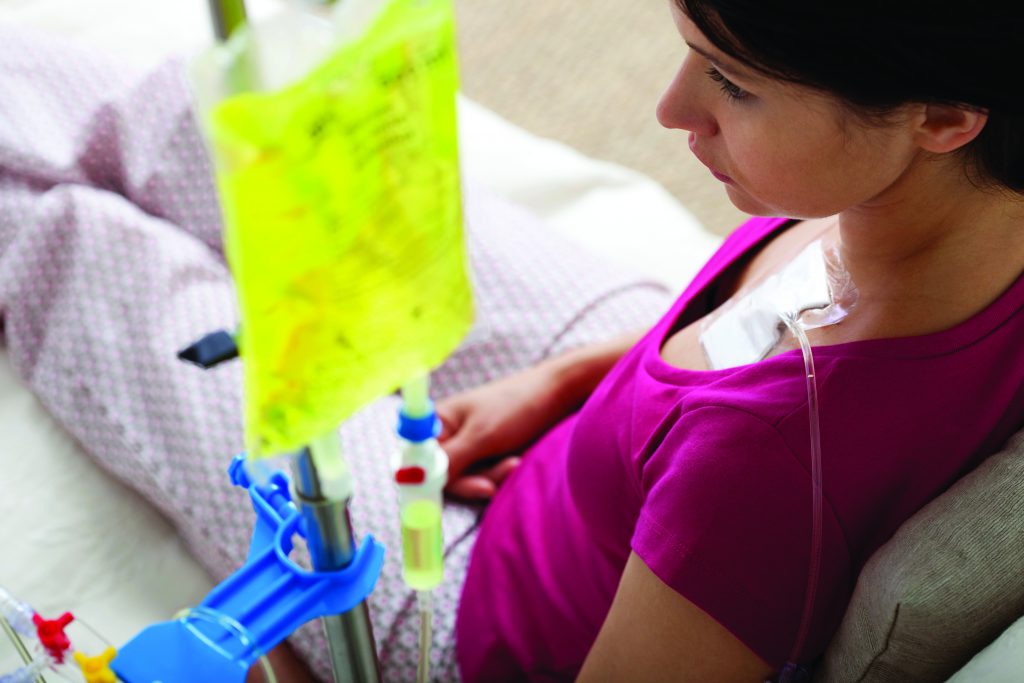 The Pathway to Therapy

At this point the group moved from luciferase to a more therapeutically relevant cancer gene – in particular, one known as Stat3. Stat3 is part of a cellular signalling pathway that is commonly mutated in cancer and leads to uncontrolled cell growth and migration to other tissues – metastasis. By blocking or reducing Stat3 activity it is possible to prevent tumour growth and spread as well as increasing the effectiveness of chemotherapy drugs.

The researchers showed that decreasing Stat3 mRNA with Chol-siRNA nanocarriers was effective in slowing tumour growth and metastatic spread in mice after administration into the blood stream. There was also initial evidence that the complexes are well-tolerated given that mice continued to gain weight over the course of the experiment.

At the same time, the group observed that there were some problems with Chol-siRNA nanocarriers. Specifically, gene suppression started to diminish 24 hours following the final treatment. Considering that longer-lasting protein suppression will be more effective for cancer treatment, increasing the duration of RNAi activity was a high priority.

Dr Vetro and his group achieved a longer duration of RNAi activity by using slightly larger DsiRNA – ‘Dicer-substrate siRNA’ – in their nanocarriers. Whereas the smaller siRNA directly binds to RISC, larger DsiRNA needs to be initially cut up by the Dicer enzyme. As before, these Chol-DsiRNA nanocarriers were able to significantly decrease luciferase expression in mouse breast tumours but maintained suppression around 48 hours longer than Chol-siRNA complexes after administration into a vein.

From Lab Bench to Hospital Ward

The long-term goal of Dr Vetro’s group is to develop these nanocarriers for subsequent licensing by pharmaceutical companies to treat cancer patients with cholesterol-modified RNAi molecules (Chol-RNAi). Most pharmaceutical companies, however, will not consider licensing without evidence from a Phase I clinical trial that the Chol-RNAi complexes are likely to be active in tumours after administration into a vein, without serious toxicity. The financial costs of this process, however, are well beyond that of an academic research group. Thus, Dr Vetro founded a start-up company in 2013 called Actorius Pharmaceuticals to obtain the funding necessary for a Phase I clinical trial. 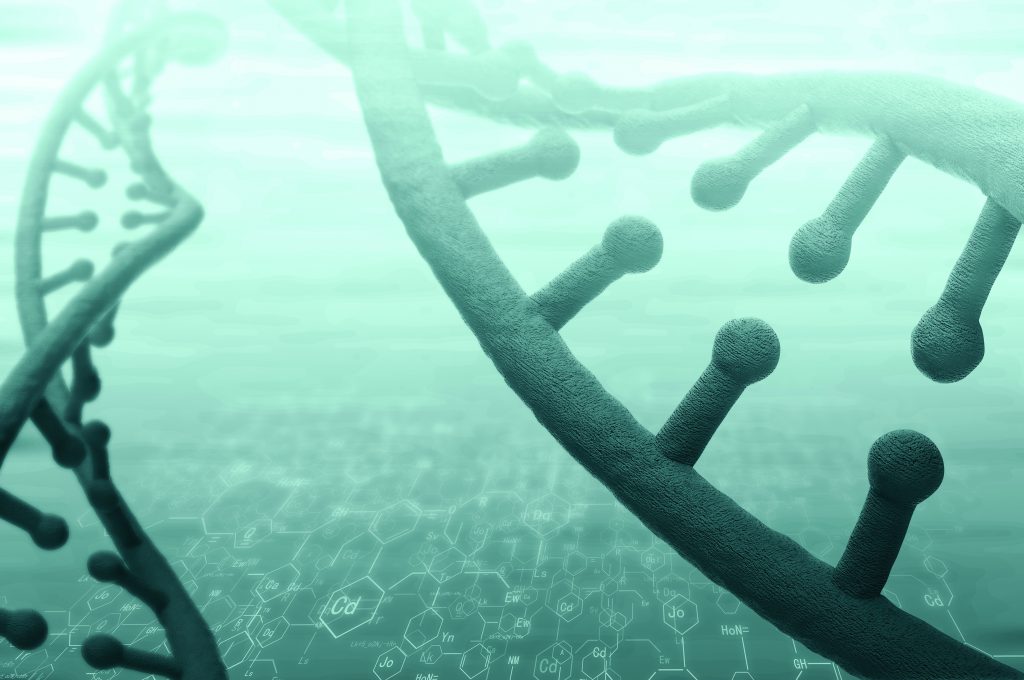 Actorius Pharmaceuticals has since received a Small Business Technology Transfer (STTR) grant from the National Institutes of Health that supports the transfer of research from the academic world into the business world as well as matching funding from the State of Nebraska. With this funding, they have demonstrated that Chol-DsiRNA nanocarriers are well tolerated at high levels in healthy mice after chronic administration to the blood stream. They are currently assessing how long the Chol-DsiRNA nanocarriers circulate in the bloodstream and how much localises to primary tumours and different organs after administration to mice. This information will be used alongside future independent toxicity studies to obtain permission for a Phase I clinical trial.

The Phase I clinical trial will determine a safe maximum dose of Chol-DsiRNA nanocarriers in breast cancer patients and, ideally, provide evidence that the nanocarriers are effective at targeting tumours. The remaining clinical trial phases and large-scale manufacturing to get a drug on the market, however, can take many years and many millions of dollars. This is not a process for the faint of heart.

Assuming positive results in the Phase I clinical trial, the start-up will be in a strong position to negotiate with larger pharmaceutical companies, licensing the eventual rights to develop the nanocarriers as part of future therapies against cancer.

Taken together, the research performed by Dr Vetro and his group is an excellent example of modern pharmaceutical development. An idea that started out on the lab bench is being developed into a new and exciting cancer therapy that may one day reach the hospital wards. 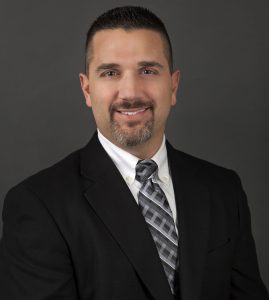 Associate Professor Joseph Vetro of the University of Nebraska Medical Center has a long-standing interest in the clinical and academic sides of medical research. A biochemist by training, he completed his PhD in 2001 at Saint Louis University Health Sciences Center, Missouri, in the lab of Dr Yie-Hwa Chang as an American Heart Association Predoctoral Fellow. He then completed postdoctoral training in 2004 at the University of Kansas Department of Pharmaceutical Chemistry in the lab of Dr Russ Middaugh as an American Heart Association Postdoctoral Fellow. There he worked on developing new polymer complexes to improve the delivery of therapeutic DNA to microvascular endothelial cells that line the interior surface of blood vessels. This initial work guided his subsequent research using polymer complexes to increase the delivery of hydrophobically-modified RNA interference molecules into tumour cells that can greatly improve the treatment of cancer with existing therapies. Simultaneously working as an Associate Professor and as the Founder of the start-up Actorius Pharmaceuticals, Professor Vetro is also actively involved in teaching as well as the supervision of graduate students in his research team.

UNMC Department of Pathology and Microbiology, College of Medicine

UNMC Department of Pathology and Microbiology, College of Medicine