Figuring out how the highest clouds in the sky behave means understanding how ice forms at high altitude. This is especially true when trying to quantify the impact of human activity on their formation and how it affects climate change. To improve our understanding, applied mathematician Dr Joyce Penner and her team at the University of Michigan are looking at how black and organic carbon aerosols (soot) like aircraft particles affect ice and cirrus cloud formation. They incorporate these and other previously overlooked parameters, such as gravity waves, into climate models. 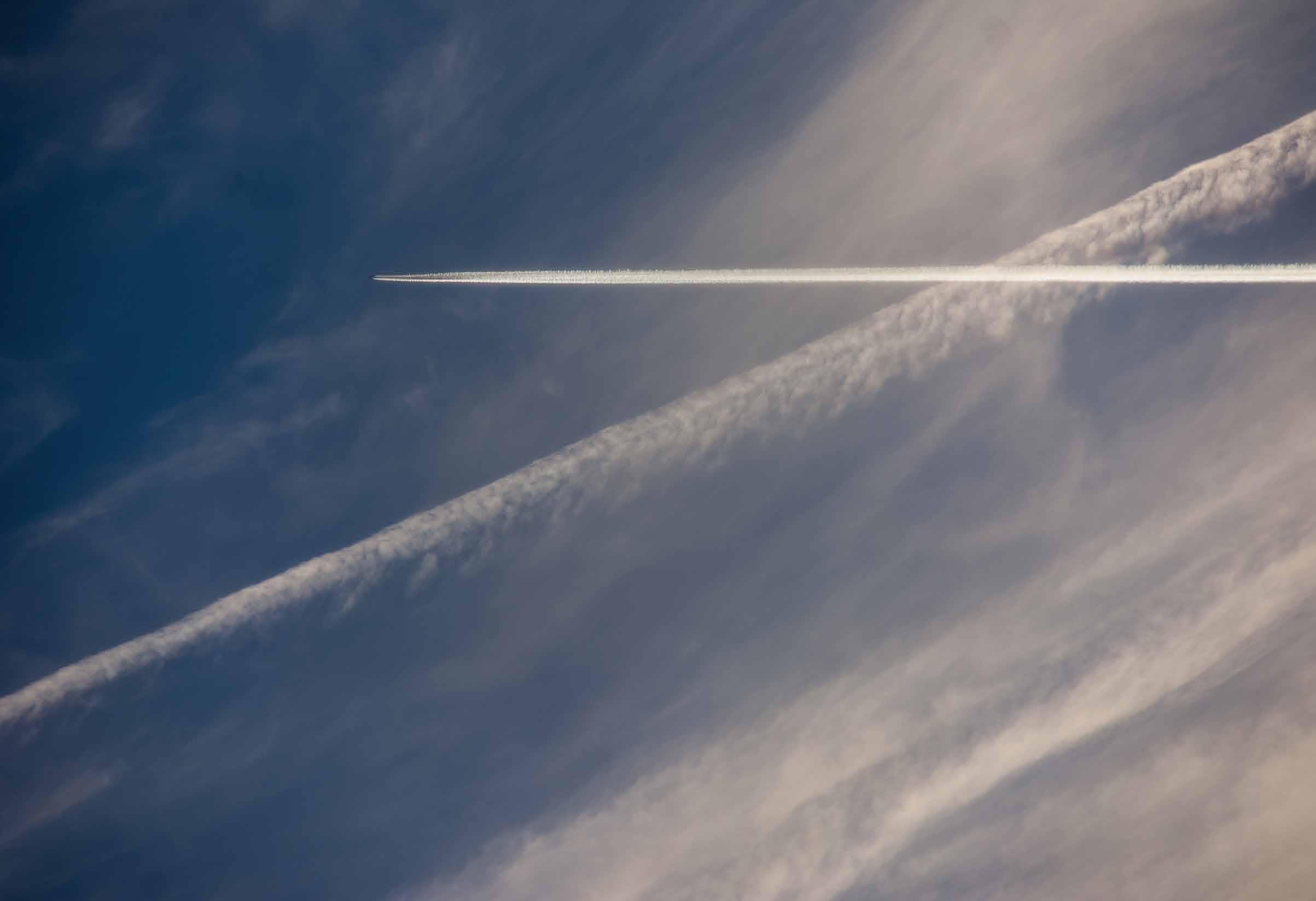 On Cirrus Clouds and Contrails

There are probably few people on Earth who haven’t seen those familiar vapour trails left by airplanes cruising high in the blue sky. Soon after their emission, these contrails (short for condensation trails) break up and dissipate, and it can be hard to distinguish them from wispy and filamentous clouds known as cirrus clouds.

Cirrus clouds are the highest clouds in the sky, occurring at altitudes of 5 to 12 kilometres or even higher in the tropics. The name cirrus is appropriate, since ‘cirri’ in Latin means hair or wisp. Cirrus clouds actually consist of thin feather like bands of ice crystals that form from water droplets or vapour in super-cold temperatures below −30°C. At any given time, cirrus clouds cover up to 30% of the Earth, but their occurrence frequency can be even higher in the tropics.

In nature, cirrus clouds are formed when moist rising air cools sufficiently to allow ice to form. This can occur in large-scale clouds formed as gravity waves travel through the atmosphere or as a result of rising air in thunderstorms, which then spread out in the form of anvils.

The formation of ice may result from freezing of haze particles (particles that are mainly composed of liquid water) or from solid aerosol particles (or ‘ice nuclei’) that promote crystal formation due to their special surface properties. In today’s modern world, as a result of both increasing haze particles and increasing ice nuclei, cirrus cloud formation is increasingly being impacted by human activity.

Scientists have believed for several years that contrails contribute to climate change by causing the earth to warm. Those long contrails in the blue sky can eventually spread and actually transform into cirrus-like clouds. Both the contrails and the cirrus clouds that subsequently form can cover large areas and last for up to 17 hours. This aviation-induced cloudiness warms the earth by trapping heat.

The quandary of whether tiny particles such as aircraft aerosols are actually contributing to a warming or cooling earth is what Dr Joyce Penner and her research team at the University of Michigan have set out to investigate. ‘In general, I am attracted to problems that are not well understood or well represented in models,’ explains Dr Penner. 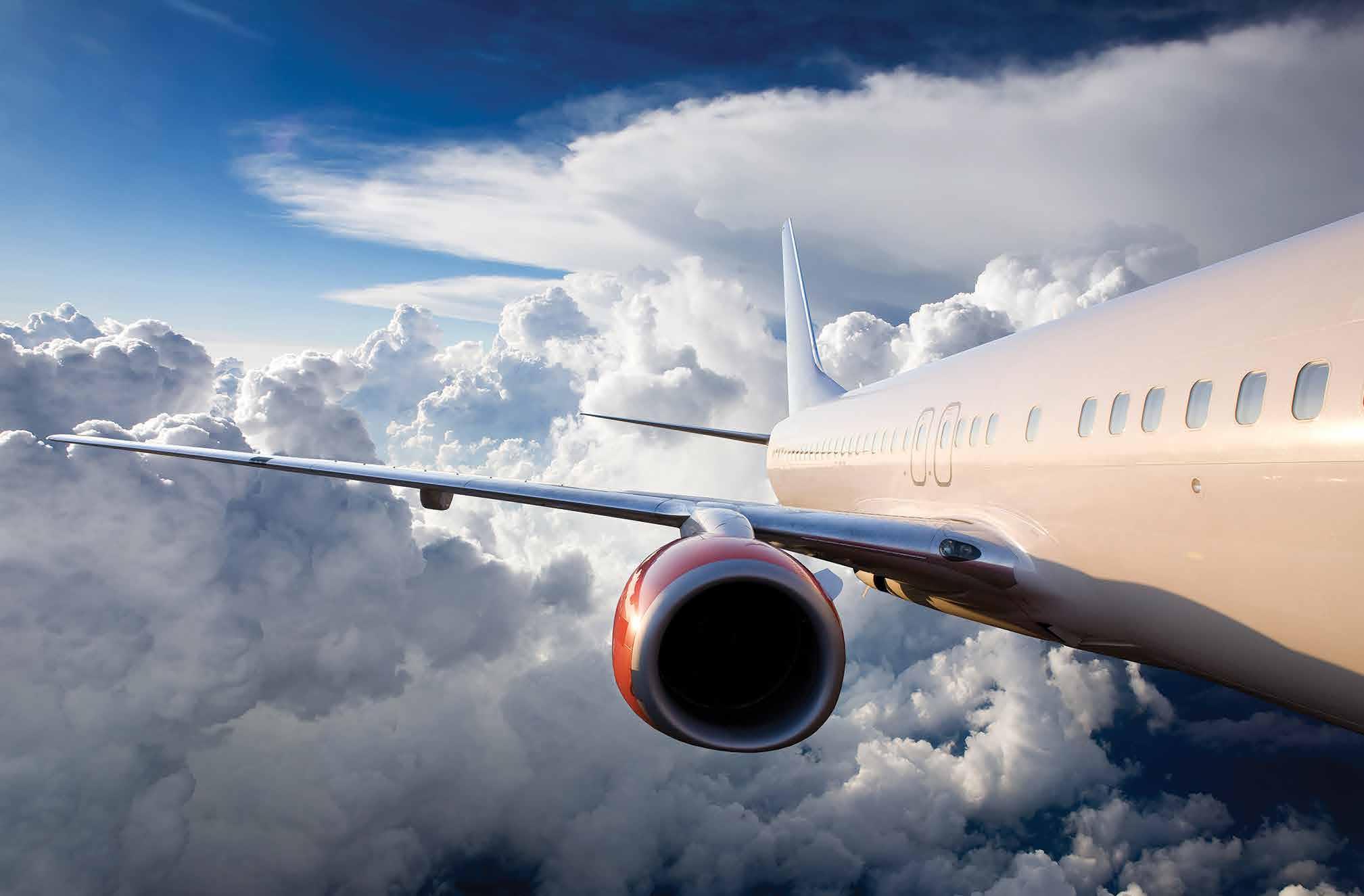 ‘When I first got into modelling of cirrus clouds, the formation of ice crystals was not physically based, i.e. it did not depend on aerosol particles and their characteristics, and supersaturation in the upper troposphere was poorly observed, and not included in models at all. We had to add this feature, and make assumptions about which aerosol particles acted as heterogeneous ice nuclei.’

Ice Nucleation – What Causes It?

The formation of ice crystals in air is known as ice nucleation. At high altitudes, ice nucleation can occur either upon a surface such as a particle of aircraft soot, or through the freezing of haze particles. Scientists refer to these events as heterogeneous or homogeneous nucleation. For ice crystals to form in a homogeneous way (i.e. from a haze), the air has to be highly concentrated, or super saturated, with water. As Dr Penner explains: ‘Heterogeneous nucleation takes place when a solid particle “seeds” the freezing of water. Homogeneous nucleation takes place when liquid haze particles freeze. The latter process requires a much higher supersaturation than the former.’

It turns out that previous models of high cloud formation did not take into consideration the effect of solid particles on ice nucleation, and it was generally accepted that haze particles dominated ice crystal formation. Also, little was known about the moisture content and characteristics in general of the upper troposphere – the layer (7–20 kilometres) of the atmosphere where most cirrus clouds form.

‘When I first got into modelling of cirrus clouds, the formation of ice crystals in models was not physically based, i.e. it did not depend on aerosol particles and their characteristics, and supersaturation in the upper troposphere was poorly observed, and not included in models at all,’ says Dr Penner. ‘We had to add this feature, and make assumptions about which aerosol particles acted as heterogeneous ice nuclei.’

In a 2014 study, Dr Penner and her colleague Dr Cheng Zhou used models to predict whether aircraft soot was indirectly causing a warming (positive) or cooling (negative) effect on the global climate. They assumed that aircraft-emitted particles such as soot could act as seeds for ice formation, or so-called heterogeneous ice nuclei, if previously incorporated within contrails. If that were the case, ice would form on these particles first and presumably remove water vapour from the high-altitude air. In turn, this should prevent homogeneous nucleation that produces more abundant ice particles, thereby causing lower ice number concentrations. 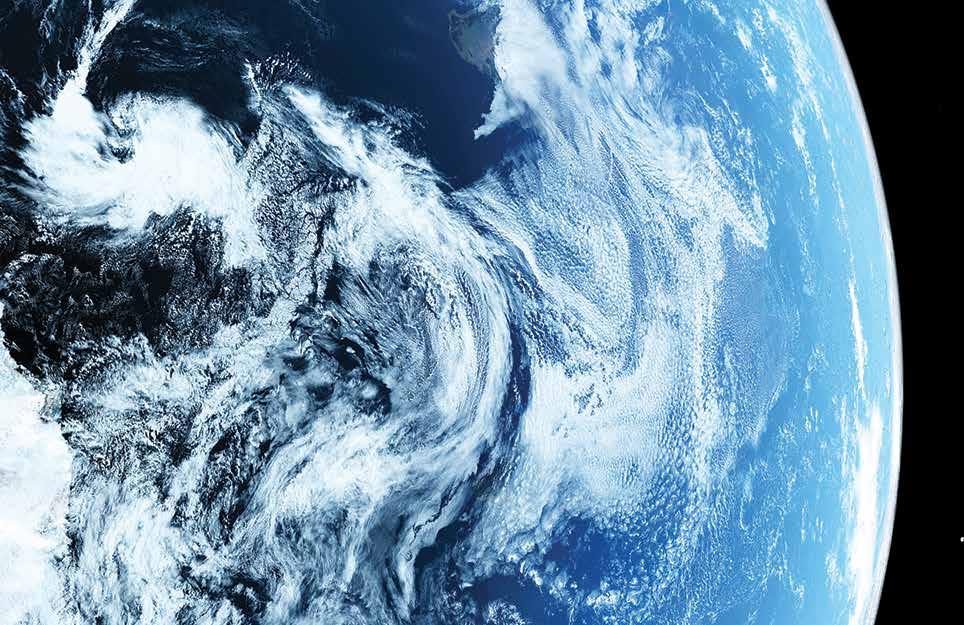 They already knew from previous studies, however, that the amount of ice nucleation on aviation-emitted particles depended on many factors, such as the size and temperature of particles and even the type of fuel used by the aircraft. Also, studies using global climate models were demonstrating varying degrees of uncertainty, depending on what type of particles were present in the background atmosphere.

To keep the variables constant, Drs Zhou and Penner assumed that aircraft soot would freeze heterogeneously after being incorporated into a contrail. They used both established and in-house models to then adjust other variables such as the number of haze droplets and background dust that act as homogeneous and heterogeneous nuclei. Their aim was to estimate how sensitive climate change, or forcing, was to aircraft soot.

They combined a model known as the Community Atmosphere Model version 5.2 (CAM5) with the University of Michigan’s IMPACT aerosol model. The IMPACT model developed by them simulates up to 16 different aerosol mixes, allowing them to tweak variables such as fossil soot type, amount of sulphate on the soot or even dust size. They were able to test how the climate would react to aircraft soot acting as heterogeneous ice nuclei.

It turns out that simulations showed different results, depending on the nature of the existing background atmosphere. In some atmospheres, ice formation is dominated by homogeneous nucleation, i.e. ice mainly forms in haze and not on surfaces of dust or other particles. These types of atmospheres are observed in the tropical Indian Ocean, Central America and the North Atlantic Ocean. In these regions, the model showed that aircraft-emitted particles acting as heterogeneous nuclei actually reduces the number concentration of ice crystals, causing less trapping of heat and thereby more cooling.

On the other hand, in regions with atmosphere backgrounds that had predominantly heterogeneous ice nucleation – such as regions found over Africa and the Middle East to Central Asia – the net effect was positive (warming). The model showed that aircraft soot increases ice formation and subsequent ice crystal number concentrations.

In 2015, Dr Penner and her colleagues from the University of Michigan teamed with Dr Ulrich Schumann from the Institut für Physik der Atmosphäre in Germany to look at other effects that contrails might be having in the troposphere. They used a similar model combination (CAM3+-IMPACT) that allowed them to study the exchange of water between contrails and ambient air. This allowed them to study the changes in the atmosphere, including cloudiness and hydrological cycle, over a 30-year period.

Their modelling demonstrated, among other things, that the amount of water found in contrails was much greater than the amount of water emitted from the aircraft. Therefore, the contrails freeze up much of the water around them and effectively dehydrate the ambient air. Eventually, the ice falls to lower levels and sublimates. Because dehydration reduces the amount of liquid and ice, cloud cover is also reduced. The entire hydrological system is affected.

Both the 2014 and 2015 studies illustrate the puzzle of predicting net cooling or warming effects of man-made activity like contrails on the earth. As Dr Penner highlights: ‘Once ice crystals start to form, supersaturation will be lowered as water vapour deposits on the crystals. So adding a small number of heterogeneous ice nuclei to a parcel can cause supersaturation to remain too small for homogeneous ice crystal formation to take place. So the addition of heterogeneous ice nuclei can actually lower ice number concentrations. This is the opposite of what takes place when warm clouds form, and can cause a net cooling. Therefore, it is critical to find out how many homogeneous and heterogeneous ice nuclei are present in the atmosphere and how these numbers have changed.’

Gravity Waves are the Future

Dr Penner’s research has shown ways in which aviation activity – such as aerosol particles and dehydrating contrails – can impact ice and cloud formation in the upper troposphere. Now her team is turning to investigate what other factors could be at play. ‘We are still working on that aspect, but have also expanded to trying to understand in detail the influence of gravity waves on ice crystal formation,’ she tells us. Gravity waves are the focus of Dr Penner’s future research.

Gravity waves cause the upward and downward movement of air, which can affect how water vapour behaves. ‘In addition to the general effect of aerosol particles on ice number concentrations, the rates at which ice crystals form and the number that form depend on vertical movement in the upper troposphere. Fast upward movement, carries water vapour upward, and cools the air, thereby forming higher supersaturations, while slower movement allows the water vapour to more readily deposit onto crystals,’ explains Dr Penner.

In a recent study, Dr Cheng Zhou and Dr Penner and colleagues from the University of Wyoming and Nanjing University in China were able to use updraft velocity models to explain how the upper troposphere had such low concentrations of ice crystals. Low updraft velocities were consistent with low ice number concentrations because of the speed in which water vapour rose and cooled. ‘Treating this process within a global model requires treating a spectrum of gravity waves (gravity waves carry parcels both upward and downward at different speeds). This is one aspect we are still working to implement in our model,’ says Dr Penner. 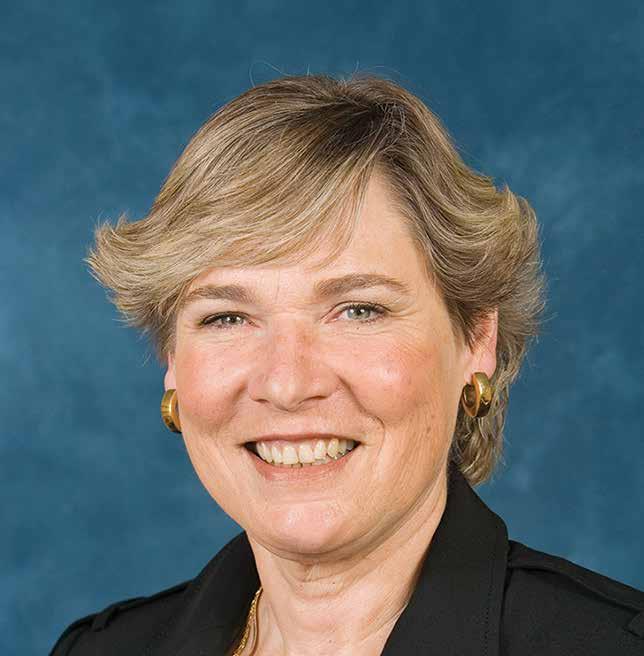 Climate and Space Sciences and Engineering

Dr Joyce Penner is the Ralph J. Cicerone Distinguished University Professor of Atmospheric Science at the University of Michigan, where she is also Associate Chair of the Department of Climate and Spaces Sciences and Engineering. Dr Penner received her MSc in 1972 and PhD in 1977 in Applied Mathematics from Harvard University. She has served on many committees related to atmospheric science and climate change, including the NRC Committee on Earth Science and Applications from Space, which oversees NASA’s program on earth science. She has been the lead editor and author for several reports relating to aviation, aerosols and the global atmosphere for the Intergovernmental Panel on Climate Change (IPCC). She teaches and advises several undergraduates and graduates in earth science modelling and atmosphere sciences. 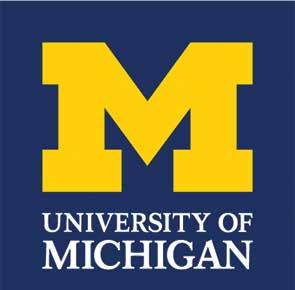 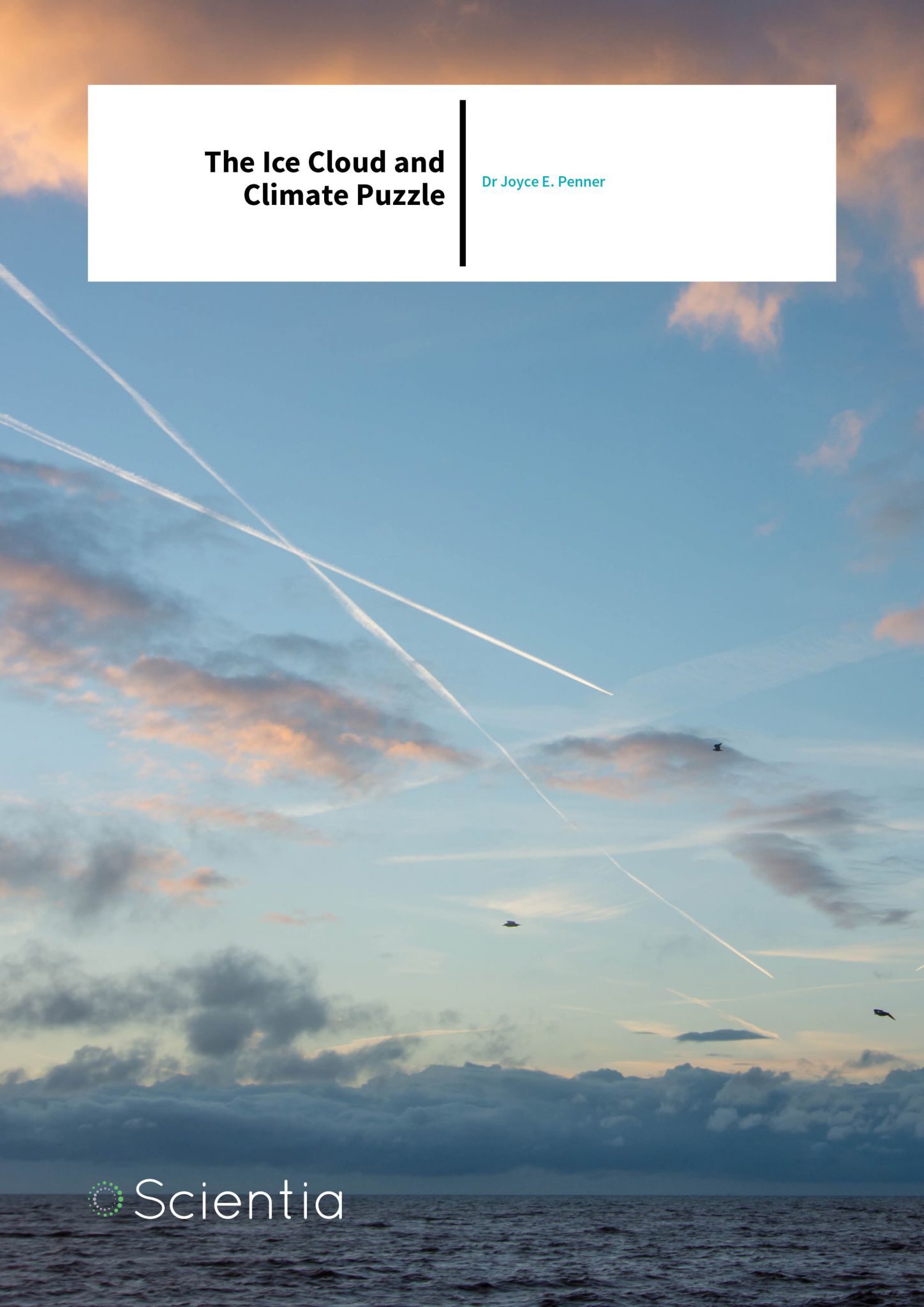