Aging is a complex process through which cumulative cellular wear and tear leaves us vulnerable to disease. One avenue for aging occurs when enzymes in our bodies break down food into energy. Dr Matthew Hirschey at Duke University aims to explain the biochemistry behind how metabolism contributes to aging and how the body defends itself. 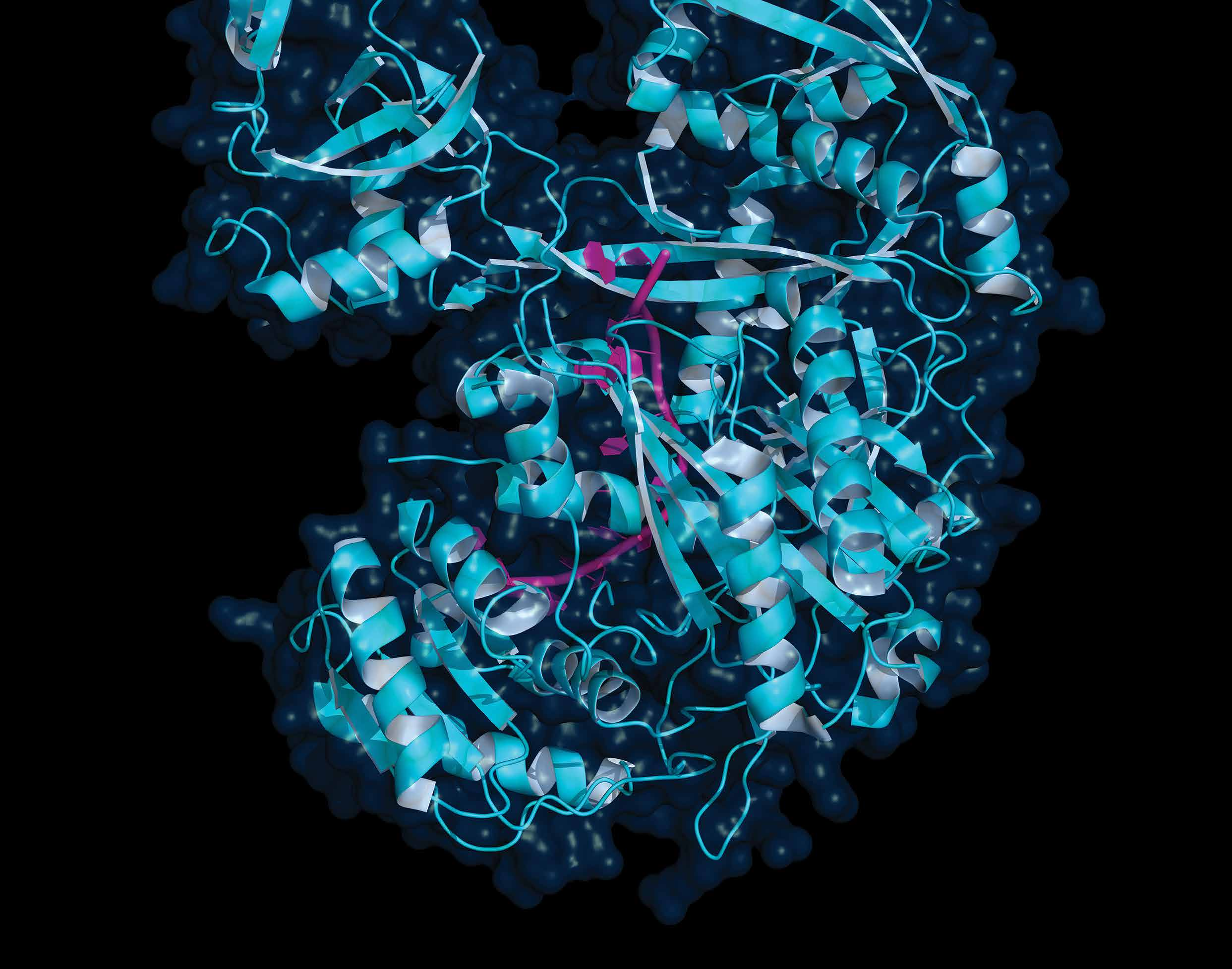 The History of Caloric Restriction

In 1934, Mary Crowell and Dr Clive McCay of Cornell University published a paper in The Scientific Monthly describing how laboratory rats fed an extremely low calorie diet lived up to twice as long as normal. Fifty years later, at UCLA, Dr Roy Walford and his student Richard Weindruch went further to show that not only did caloric restriction cause mice to live longer, but they also maintained their youth. These mice looked younger, were more active, and showed delays in agerelated diseases.
So far results in humans and nonhuman primates are less clear, so rather than advising people to simply reduce caloric intake, a more fruitful tactic lies in understanding the molecular mechanisms by which metabolism impacts aging. One biochemical candidate implicated in aging is a class of enzymes called sirtuins. In 1999 Dr Matt Kaeberlein at the University of Washington showed that in yeast removing sirtuins reduced lifespan whereas adding extra copies of a sirtuin gene extended lifespan. Since then, the precise mechanism of sirtuin action remains unclear, and attempts to develop sirtuin-mimicking drugs that extend lifespan in healthy individuals have fallen flat. Clearly, the puzzle has missing pieces.
That’s where Dr Hirschey steps in.

Understanding how sirtuins might protect against aging requires a hypothesis about the metabolism-driven aging process that sirtuins combat. Dr Hirschey proposes that the very chemical reactions that break down food into energy could be wearing out metabolic enzymes.

Like a pilled sweater that has gone through the wash too many times, metabolic enzymes inside mammalian cells collect a lot of surface junk after repeatedly breaking chemical bonds to release stored energy. These biochemical hitchhikers take the form of acyl groups − molecules made up of carbon, hydrogen, and oxygen that are direct by-products of metabolic reactions. Left unchecked, the aggregation of acyl groups hampers metabolic enzyme performance, leading to age-related disease. Dr Hirschey refers to this process as ‘carbon stress’.

He theorises that healthy cells defend themselves against carbon stress by deploying sirtuins − numbering SIRT1 to SIRT7 − that scrub away acyl groups, analogous to the way remora fish clean parasites off sharks. By removing acyl groups at roughly the same pace that they are added, sirtuins maintain metabolic homeostasis.

Dr Hirschey laid out this general theoretical framework in a 2014 review paper in the journal Molecular Cell. Subsequently, he and his team have been working on models and experiments to flesh out the theory. These findings have recently been accepted for publication in Cell Metabolism.

‘Chronically, like oxidative stress, hyperacylation can be considered a type of carbon stress; protein damage would be expected to accelerate the development of age-associated diseases, including cancer, metabolic syndrome, cardiovascular disease and neurodegeneration’ 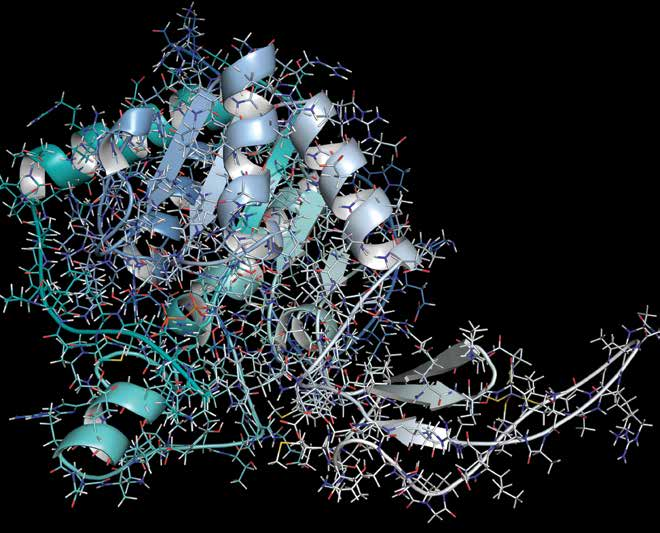 Many of the diseases associated with carbon stress − diabetes, cardiovascular disease, neurodegeneration, and cancer − are also associated with aging. Perhaps by understanding the mechanisms underlying carbon stress, it will be possible to counteract age-related health decline in general.
In a wide array of animal models, loss of protein quality-control mechanisms accelerates the development of age-related diseases and shorten lifespan, and Dr Hirschey believes that sirtuins might play an important role in these mechanisms. Indeed, stimulating sirtuins extends lifespan. What remains to be shown − and what Hirschey’s group aims to uncover − are the precise mechanisms connecting carbon stress, sirtuin-mediated removal of acyl groups, and disease. Knowing the mechanism brings us one step closer to finding effective preventative therapies to counteract aging.

There is much agreement that acyl groups collect on proteins and regulate cellular metabolism, but it’s not clear why or how this happens. Furthermore, Dr Hirschey’s carbon stress model relies on acylation being independent of enzymes.
Dr Gregory Wagner – a former postdoctoral fellow in Dr Hirschey’s lab – and colleagues sought to demonstrate and characterise nonenzymatic acylation though a combination of modelling and biochemistry experiments. They discovered that a particular class of acyl metabolites are so highly reactive that they don’t require an enzyme to catalyse chemical bonding with proteins. As a result, metabolic reactions that produce this acyl metabolite need no further push for those acyl groups to turn around and attach themselves to the very enzyme that spawned them.
‘Beyond discovering new protein modifications and mechanisms of protein acylation, our study has implications for understanding the fundamental nature of protein acylation,’ Dr Hirschey told us.
Taken alone, this mechanism regulates enzyme function through a negative feedback loop. As more acyl groups attach to the enzyme the more bogged down it gets and the fewer acyl metabolites it pumps out. Metabolic enzymes essentially shut themselves down in the absence of intervention.
Like barnacles on a boat, these acyl groups are so tenacious that they aggregate easily in the face of passivity. Counteracting acylation rests upon an active mechanism, which a companion paper from the lab finds in a particular class of sirtuins.

From Models to Molecules

SIRT4 has been weakly implicated in a host of different reactions, but Dr Hirschey’s group is the first to demonstrate a strong and consistent enzymatic pathway for this molecule.
The importance of SIRT4 for maintaining health has long been clear. Decreased SIRT4 is associated with the deadliest forms of cancer: lung, gastric and colorectal. Diabetes and obesity are also linked to SIRT4 depletion. The effects are there, but the mechanism is unknown.
At the helm of the project, research assistant professor Dr Kristin Anderson and postdoctroal fellow Dr Frank Huynh employed a host of methodologies – from computational simulations to biochemical assays to following SIRT4 knockout mice as they aged. Dr Hirschey called the project ‘a technical tour de force’.
The researchers identified a structural region in the active site of SIRT4 that is highly conserved throughout evolution, so it must have been under strong selective pressure to solve a critical biological problem. Computational modelling revealed that this conserved region has an a-helix structure that facilitates removal of specific acyl groups, and bench experiments provided confirmation.
To explore the biochemical pathways involved, Dr Hirschey’s lab set out to find SIRT4’s molecular dance partners. Strikingly, they found that SIRT4 preferentially removes the very same acyl groups that Dr Wagner characterised in his companion paper. 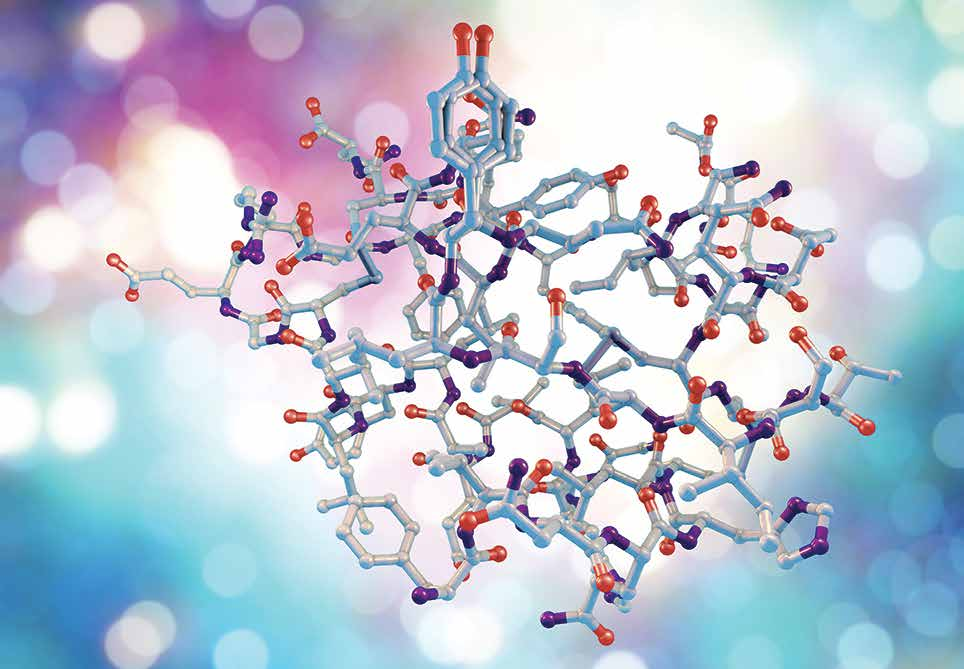 So how does acylation and SIRT4 relate to aging? One major form of aging is insulin resistance. Insulin is a hormone released by the pancreas that helps control blood sugar. Sometimes − especially with age − the body begins to over-produce insulin, which leads to desensitisation, and ultimately insulin loses its effectiveness at regulating blood sugar. When the body enters this state of insulin resistance, blood sugar levels rise unchecked, which can ultimately lead to type 2 diabetes. The biochemical dominoes that set off this harmful disease were previously unclear, but Dr Hirschey’s team has recently linked SIRT4 to insulin overproduction and subsequently insulin resistance in older animals.
Having shown that SIRT4 removes specific acyl groups that are known to impact metabolism, Drs Anderson, Huynh, and colleagues set out to explore the consequences of removing SIRT4 both at the level of pancreatic tissue and in intact, aging mice. When the researchers knocked out the SIRT4 gene in mice they found increased insulin production in isolated pancreatic tissue compared to genetically normal controls.
Even young SIRT4-knockout mice had elevated fasting blood insulin levels compared to control mice, but the knockouts were still able to regulate blood sugar at this point. As the age of the knockout animals increased, so did the fasting blood levels of both insulin and glucose. Control animals saw no such change.
Since SIRT4-knockout mice exhibited sustained high levels of insulin they developed insulin resistance by middle-age. In Dr Hirschey’s words: ‘pathway dysregulation in young animals leads to an accelerated aging phenotype.’
On the whole, these results suggest that SIRT4 protects against agerelated insulin resistance by bolstering metabolic pathways from wear and tear.

‘Together, we believe that this pair of studies has uncovered a novel paradigm for how metabolic processes are regulated,’ Dr Hirschey told us.
Dr Wagner’s work showed that highly reactive acyl species generated from metabolism form never-before reported enzyme modifications that inhibit function. Drs Anderson and Huynh demonstrated the reversibility of this process by showing that SIRT4 removes these very same novel modifications in order to maintain metabolic functionality. Disrupting this delicate balance – as with the SIRT4 knockout mice – causes overproduction of insulin in the pancreas and accelerates the development of age-related insulin resistance.
Dr Hirschey’s overall conceptual framework relates the push and pull of nonenzymatic acyl addition and SIRT4 removal as a coordinated regulatory mechanism whose breakdown contributes to the decline in health associated with aging.

As life originated in a primordial chemical goo – molecules randomly and promiscuously reacting – it is unsurprising that some lingering unforeseen reactions occur between enzymes and their metabolites. Therefore, the addition of toxic carbon appendages to metabolic enzymes is an inevitable and continuous consequence of metabolism itself. In this way, the natural consequence of using enzymes to metabolise food into energy is to cripple those very enzymes, aging the body, and increasing susceptibility to disease.
As this mechanism is at such a basic level of enzyme/metabolite interaction, it is also not surprising that these detrimental, unintended reactions are highly conserved across the evolutionary tree. A natural consequence of having a long phylogenetic timeline to counteract such a maladaptive process is the opportunity to evolve a variety of cellular quality-control programs.
Dr Hirschey’s group is the first to propose a precise mechanism whereby sirtuin enzymes serve to remove suppressive and damaging nonenzymatic acyl modifications to metabolic proteins, thereby staving off senescence for one more day. Beyond the specific mechanisms tying SIRT4 to diabetes, Dr Hirschey’s conceptual framework describes the push-pull between carbon stress and deacylation. This theory could explain the general role of sirtuins in stress resistance, healthspan, and even lifespan. Future work promises to uncover new roles of the sirtuin family in disease and aging as well as demonstrating how pervasive acylation and deacylation are as regulators of cellular function. 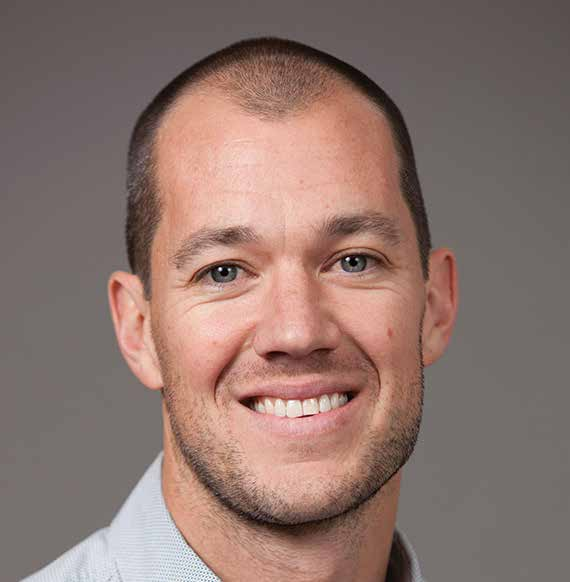 Dr Matthew Hirschey completed a Ph.D. in Biochemistry and Chemistry in 2006 at the University of California, Santa Barbara. He went on to do a postdoc at the University of California, San Francisco until 2011 when he started his own lab at Duke University with the goal of studying metabolic control, mitochondrial signalling, and cellular processes regulating human health and disease. He has published in several high profile journals including Nature, Science and Cell. He has also received numerous awards including an Innovator Award from the American Heart Association, a New Scholar in Aging Award from the Ellison Medical Foundation, and the Helmholtz Young Investigator in Diabetes (HeIDi) Award. 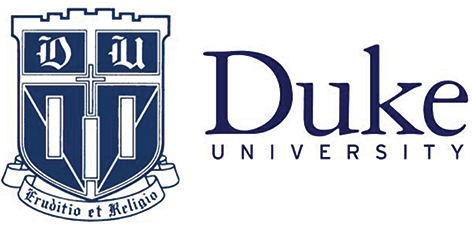 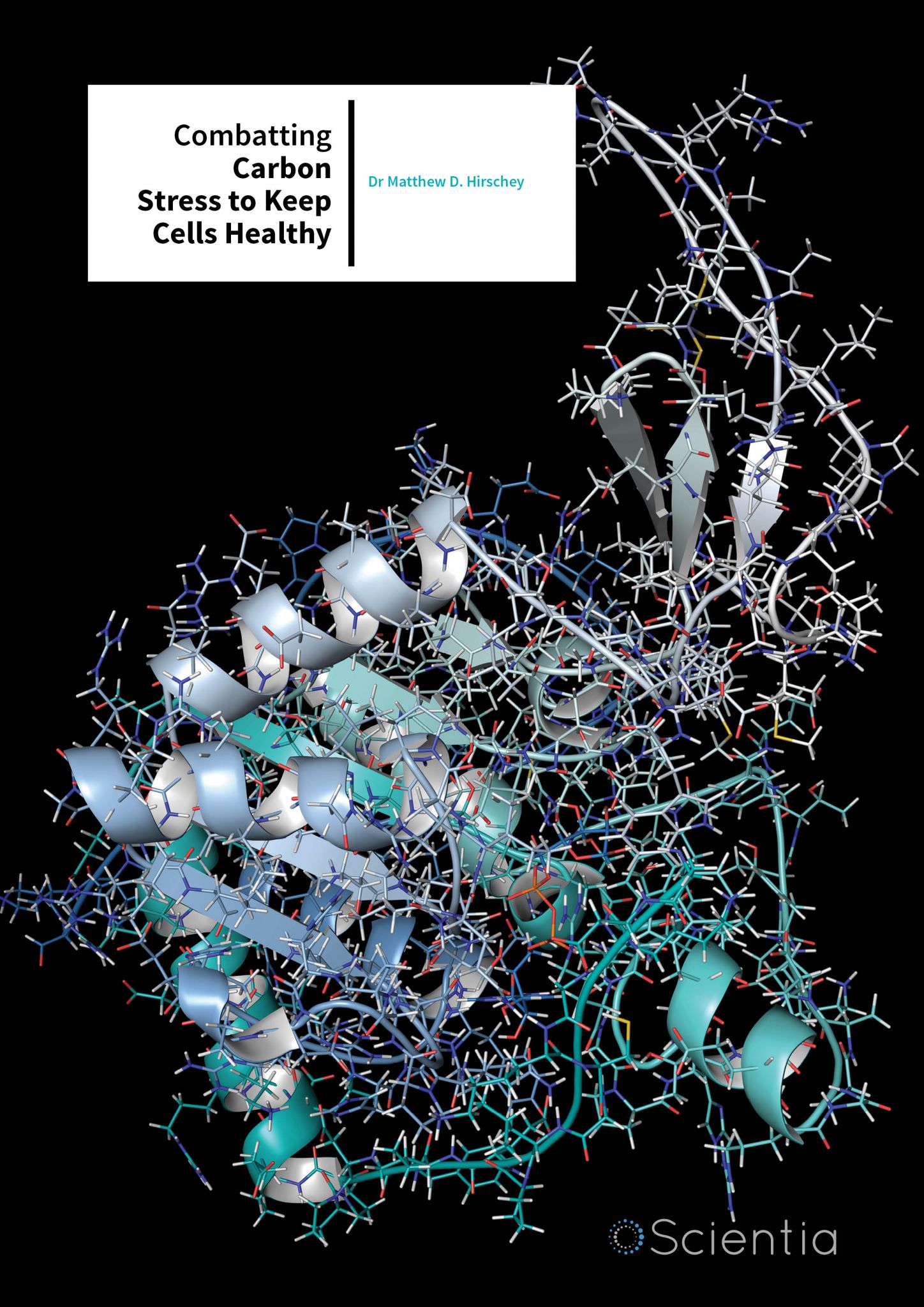