Whether it be enabling renewable technologies, mobilising electric vehicles, or powering the electronic devices we carry, batteries are essential to modern life. As technology continues to advance, high-quality, long-lasting batteries are needed more than ever. Dr Partha P. Mukherjee and his team at Purdue University hope to gain deeper insight into the complex interactions that happen inside lithium-ion and lithium-sulphur batteries – with the ultimate goal of improving their performance and safety.

In a discharging battery, chemical energy is converted into electrical energy. That electrical energy can be used to power electronic devices, vehicles, or appliances, to name a few. The best part is, once a battery has discharged some, if not all, of its electrical energy, the process can be reversed, and the battery recharged.

Batteries are critical to the ‘real-world’ function of many technologies. Take, for example, renewable energy technologies such as solar power. Without energy storage, excess solar energy that is captured during the day would be wasted. With energy storage, that energy can be stored and used later, especially at times when direct solar energy is unavailable. The same principle applies to many technologies that use temporary, seasonal or unpredictable sources of direct energy. The development of improved battery technologies is also essential for the widespread adoption of electric vehicles.

Dr Partha P. Mukherjee of Purdue University’s School of Mechanical Engineering is committed to gaining a deeper understanding of the complex interactions associated with certain energy storage systems, for example, lithium-ion (Li-ion) and lithium-sulphur (Li-S) batteries. Armed with this knowledge, he hopes to improve their performance, longevity and safety.

A Bit About Lithium-Ion and Lithium-Sulphur Batteries

Batteries consist of three main parts – the anode, cathode and electrolyte. The anode and the cathode are the negative and positive electrodes, respectively. Electrodes store electrochemical energy in the form of chemical compounds. When the battery is connected to a circuit, a transfer of charge between these electrodes is initiated. This charge then flows through objects to which the battery is connected, and the associated electrical energy is converted into other useful types of energy. The electrolyte is a material medium that allows charge to flow through it, thus completing the electrical circuit internally. 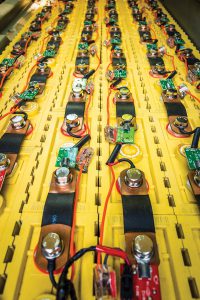 Batteries consist of three main parts – the anode, cathode and electrolyte. The anode and the cathode are the negative and positive electrodes, respectively. Electrodes store electrochemical energy in the form of chemical compounds. When the battery is connected to a circuit, a transfer of charge between these electrodes is initiated. This charge then flows through objects to which the battery is connected, and the associated electrical energy is converted into other useful types of energy. The electrolyte is a material medium that allows charge to flow through it, thus completing the electrical circuit internally.

There are many different types of batteries, and they primarily differ in, or are known by, the substances used for the electrodes. Dr Mukherjee and his colleagues have focused much of their attention on lithium-ion (Li-ion) and lithium-sulphur (Li-S) batteries. The anode in a conventional Li-ion battery is usually made from graphite, and the cathode is made from a transition metal oxide that can store lithium. In an Li-S battery, such as the one studied by Dr Mukherjee, the anode is made from lithium metal and the cathode is made from carbon impregnated with sulphur. 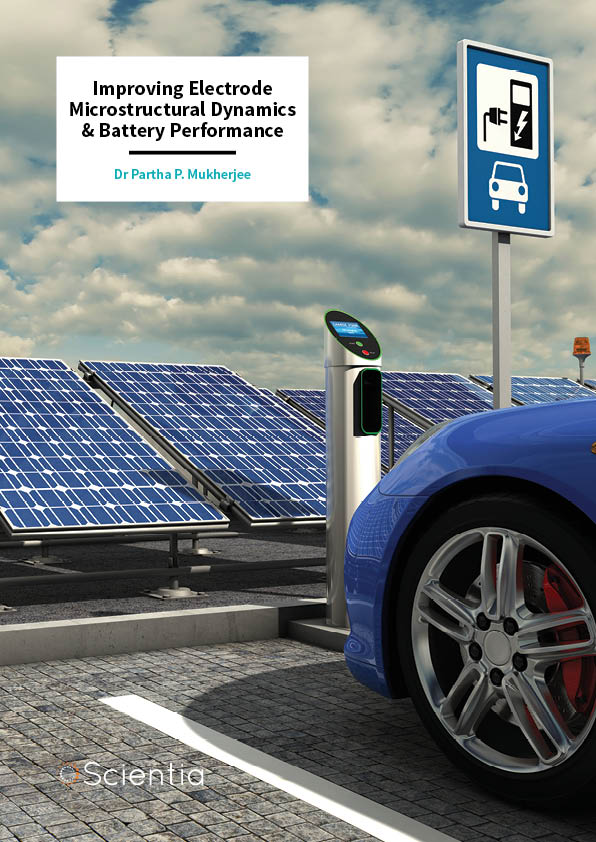 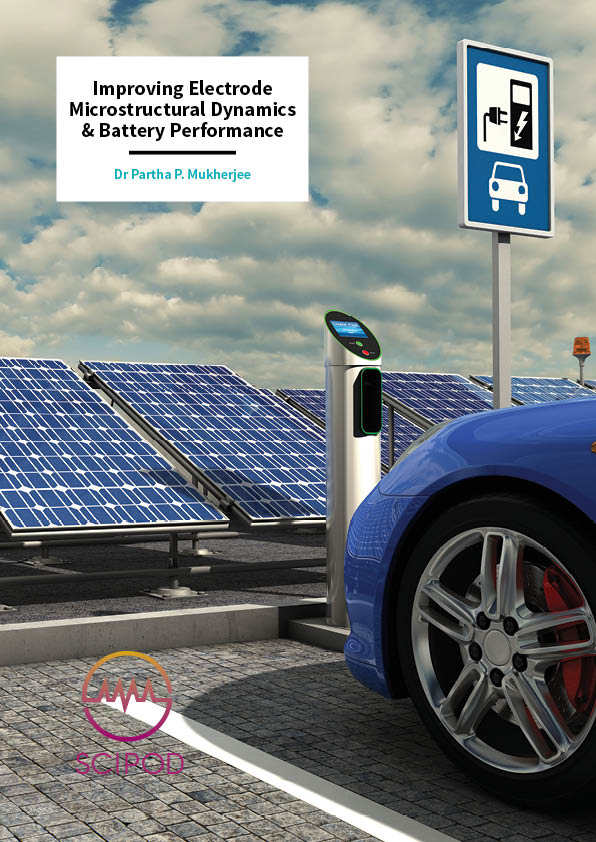 Li-S batteries offer higher theoretical specific energy and sulphur is an inexpensive and earth-abundant active material. Improvements to Li-S battery technologies would certainly have broad implications regarding the efficiency and practicality of many electronic devices and energy systems. However, the sources of the factors limiting the Li-S electrochemical response are fundamentally unknown. Dr Mukherjee and his team have been investigating the physicochemical problems associated with the chemistry of this type of battery.

Dr Mukherjee and his colleagues set about investigating the reactions taking place at the cathode in an Li-S battery. They felt that the dynamics of this reaction site, or the ‘electrode-electrolyte interface’, was central to battery performance. Of particular interest to Dr Mukherjee was the formation of solid lithium sulphide at this interface. Although lithium sulphide is a product of the reaction that happens at the cathode in a Li-S battery, it can ‘precipitate’ and form a film on the cathode surface. This film can inhibit the supply of electrons flowing from the cathode, preventing the chemical reaction from continuing and reducing the battery’s performance. 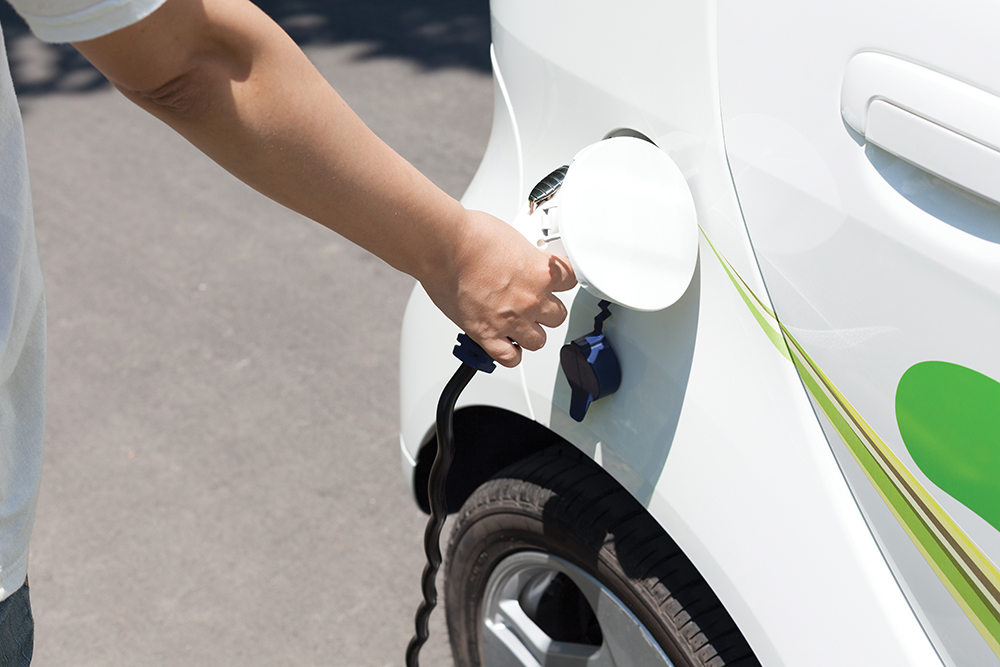 In a paper published in 2017, Dr Mukherjee and his colleagues acknowledged that this precipitation is indeed a complicated process that involves lithium sulphide molecules adhering to the cathode (adsorption), detaching from it (desorption) and diffusing through it. However, they found that the overall process is profoundly affected by primary factors, such as the reactant concentration and operating temperature. By modelling the process, they gleaned that concentration and temperature affected the growth habits of the lithium sulphide film that forms on the carbon cathode surface.

Specifically, the research team found that one of the reactants adsorbs onto the cathode slowly when present at low concentrations. This slowness, in turn, inhibits the formation of lithium sulphide ‘islands’. This has a positive effect, as these ‘islands’ limit access to the electrode-electrolyte interface, and thus the efficiency of the reaction. The research also highlighted that an appropriate operating temperature, especially in the medium-to-high temperature range, can also improve reaction efficiency by allowing for more structured lithium sulphide growth. The team then went on to home in on the specific microstructural properties at the cathode and how they affect battery performance. 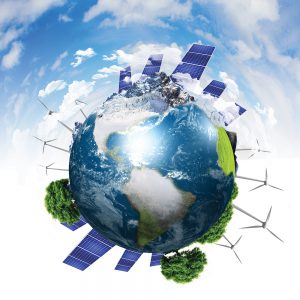 Homing in on These Complex Microstructures

In another paper published in 2017, Dr Mukherjee and a colleague identified the specific microstructural features that limit battery performance. In that paper, they explained that these features lead to what’s known as ‘surface passivation’. Passivation is the state of being passive, that is, unreactive due to an alteration of the surface layer.

As they had suggested in their earlier research, one of the main factors affecting battery performance is the formation of lithium sulphide at the electrode-electrolyte interface. As mentioned, the formation of lithium sulphide is an intrinsic part of the process and cannot be avoided. Nevertheless, the team discovered that battery performance is affected by how, or in what shape, it forms. Dr Mukherjee refers to this as the ‘precipitation morphology’. Another factor they examined was cathode porosity. Porosity refers to the volume of void spaces in a material. Due to the microstructures in and around the surface of the cathode, pores can become blocked as a result of precipitation.

In summary, the team found that the microstructure growth pattern varies on the basis of precipitation morphology, leading to different build-ups due to either of these mechanisms. In turn, this produces distinct battery performance trends. They also found that the porosity of the cathode has a significant impact. Clearly, electrode microstructure is an important factor to consider when developing energy storage systems. An intimate knowledge of the related interactions would, therefore, be useful in the development of more efficient, long-lasting and safe Li-S batteries.

In more recent research, Dr Mukherjee and his team shifted their focus to standard Li-ion batteries. In a similar manner to the precipitation of lithium sulphide in Li-S batteries, the team demonstrated that chemically inactive solid material may partially block the active sites on the electrodes, reducing battery performance. 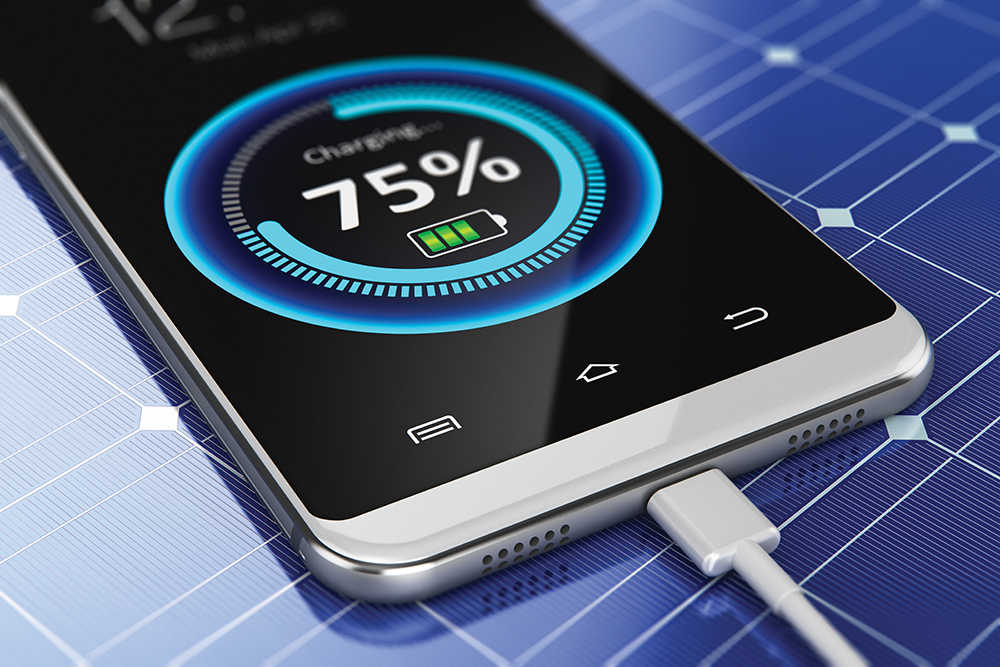 Energy storage is a central part of technological advancement. It ensures that electronic devices and other machinery are portable and available when needed. Batteries are also critical for the function of renewable energy technologies such as solar power systems and renewable transport technologies such as electric cars. In the face of climate change, we will need more powerful, efficient, and safe batteries into the future.

Dr Mukherjee and his colleagues have been working to improve energy storage technology. Specifically, they hope to gain further insights into the molecular-level interactions associated with Li-S and Li-ion batteries. So far, they have focused their work on understanding the role of microstructural features. The team has clearly demonstrated that the microstructural features of a battery’s electrodes have a significant effect on performance.

Specifically, in relation to Li-S batteries, they have found that the concentration of reactants, temperature and other factors affect the formation of lithium sulphide at the electrode-electrolyte interface. They then found, more specifically, that lithium sulphide precipitation morphology and factors related to porosity can reduce the fresh cathode surface area, hindering the reaction taking place at the cathode. This, in turn, negatively affects overall battery performance. Furthermore, in more recent research, they have demonstrated that microstructural factors also affect the performance of standard Li-ion batteries.

In conclusion, as technology continues to improve and become more powerful, we will need enhanced energy storage systems. The insight that Dr Mukherjee and his colleagues have acquired will surely help to improve the longevity, performance and safety of batteries. 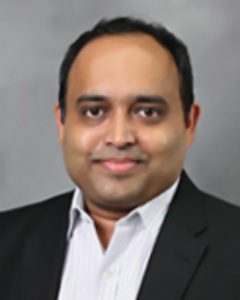 Dr Partha P. Mukherjee received his PhD in Mechanical Engineering from Pennsylvania State University in 2007. Before moving to Purdue, he was an Assistant Professor and Morris E. Foster Faculty Fellow of Mechanical Engineering at Texas A&M University (TAMU). Prior to starting his academic career at TAMU in 2012, he worked at the US Department of Energy Labs, Oak Ridge National Laboratory, and Los Alamos National Laboratory. He currently serves as an Associate Professor of Mechanical Engineering at Purdue University, where he directs the Energy & Transport Sciences Laboratory (ETSL). Dr Mukherjee’s research interests include energy storage and conversion (batteries, fuel cells), mesoscale physics and stochastics and reactive transport, materials, processing, and microstructure interactions. Some of his most recent research has been focused on lithium-ion and lithium sulphur batteries. Over the course of his career, he has been awarded many honours, including the Scialog Fellow recognition, TMS Young Leaders Award, and the Emerging Investigator Distinction from the Institute of Physics.

AN Mistry, PP Mukherjee, Precipitation−Microstructure Interactions in the Li-Sulfur Battery